From Near-Death to Debut Novel

How former DJ John J. Shepheard reinvented himself after a brush with mortality 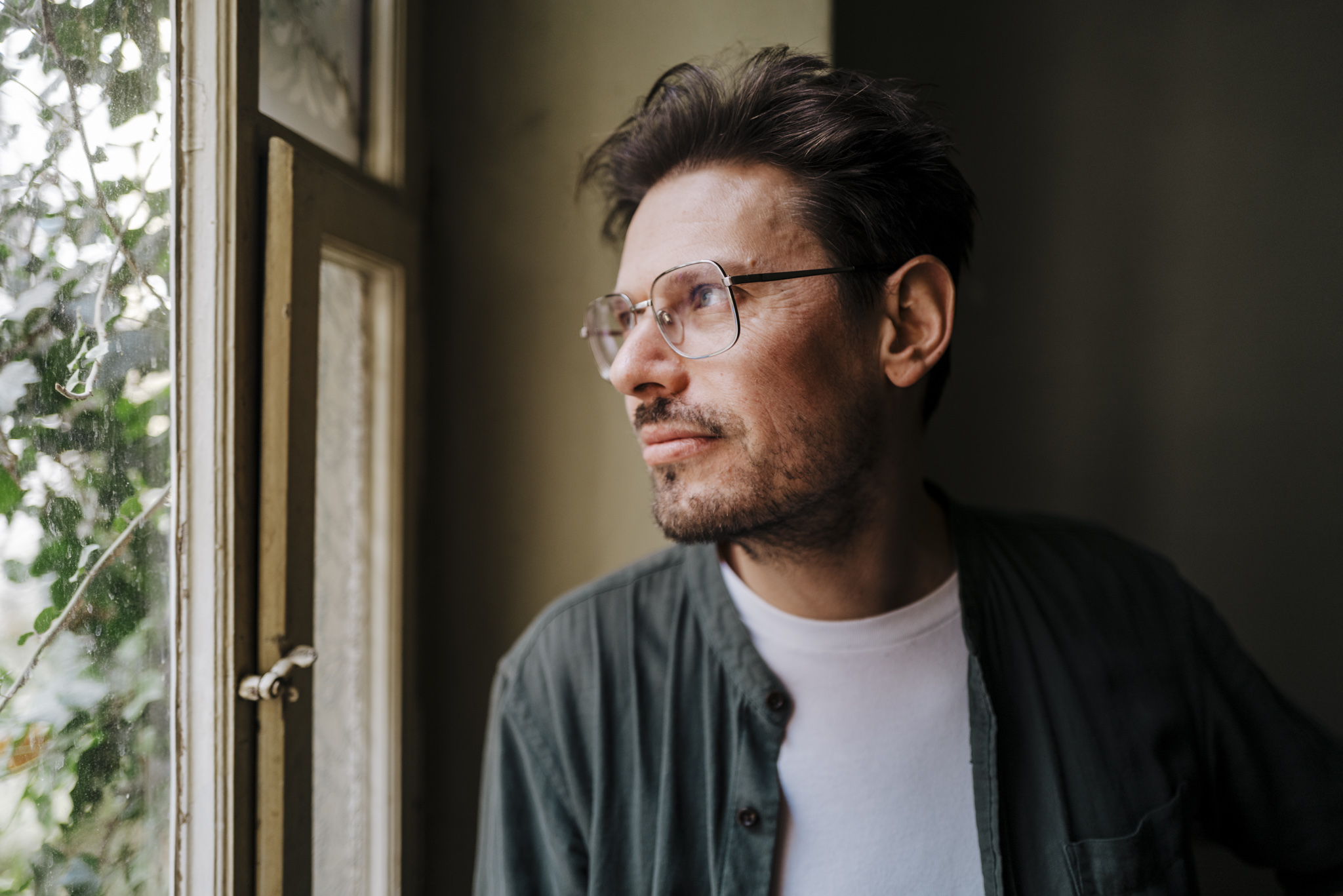 The last few years have brought a lot of change to John J. Shepheard – his name for a start. Through an extraordinary turn of events he has transitioned into an author, having previously been a DJ, live act, and label boss under the name Jay Shepheard. We meet to chat about his latest offering, his debut novel, The Times, printed and bound for quiet hours of reading – a sharp change from his usual peak time club action.

The last time we met was in a pokey Shoreditch cafe hanging with hash-brown fumes, the walls adorned with fat-stained photos of z-list celebrities. Back then he was riding the deep-house-wave in the early 2010s as a pre-eminent member of my burgeoning DJ roster. Eight years later, we are in Berlin, the city John has since made home. We pick things up in a very different world. Recently demolished model cities are festooned across the floor of his room in the Friedrichshain, the handiwork of 5-year-old son, Henry. The relaxed décor, high ceilings and covered balcony of a typical East Berlin apartment make for a warm and relaxed setting.

It’s early in the year, and the normally bleak East German winter is made even greyer with the abandoned streets shut shops outside. We’re deep in the second lock down, or is it the third? Despite current circumstances, Shepheard is in good form.The Times is soon to be released through his own publishing company, Fifty Seven Press. A pacey piece of popular fiction told through the prism of the music industry, the book was penned while the native Londoner recovered from a life-threatening health condition. 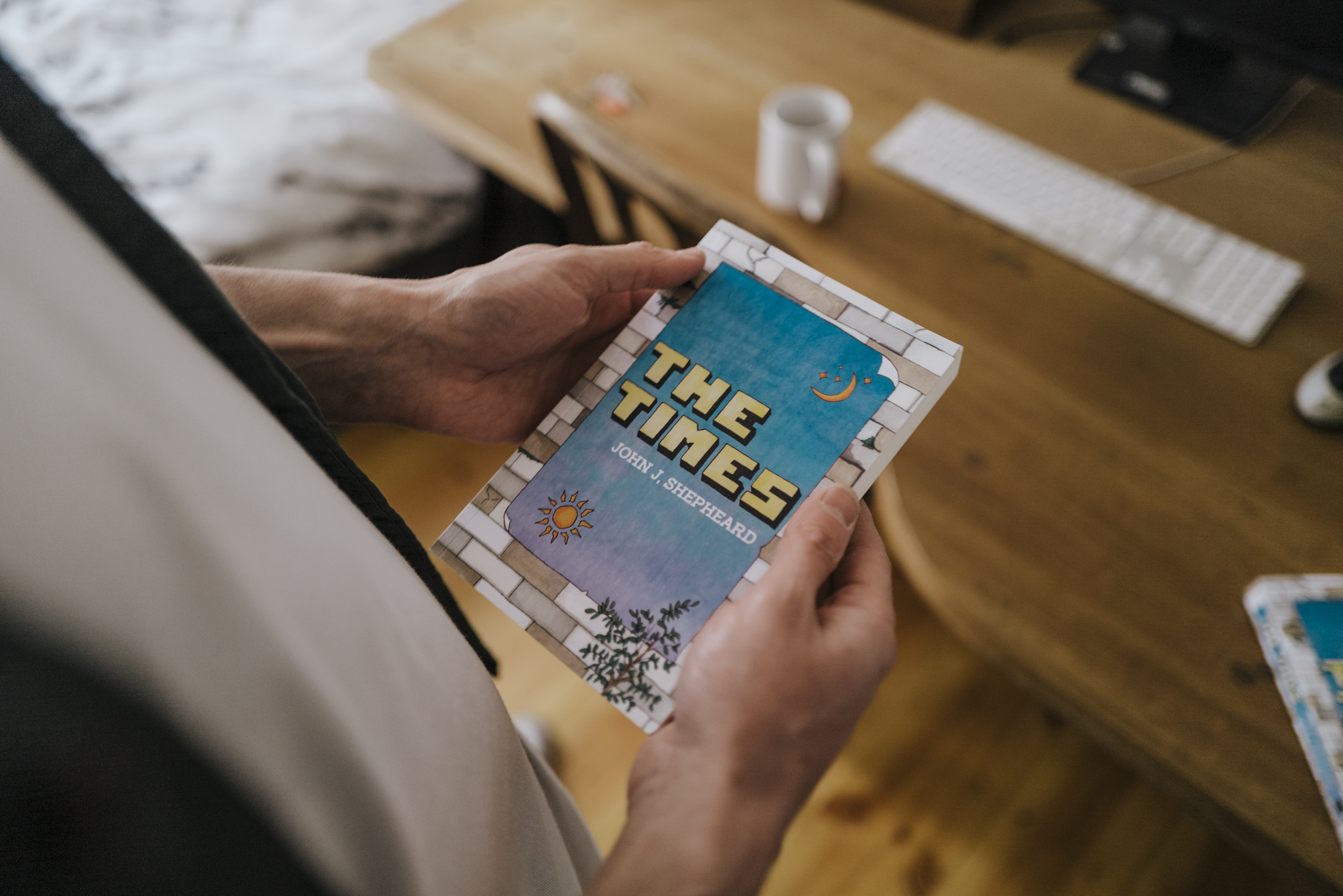 I was just coming out of this near-death thing. I just spilled. I didn’t give a shit.

After dozens of releases and too many gigs, flights, and hotels to count, he now stands on the brink of a major transition in life. This, among other things, pushed him towards launching a literary career. John suffered from an aggressive bout of meningitis in late 2018 that left him in an induced coma for three days, then plunged him into months of recovery and deep reflection. In the months following the illness, he was unable to even read, let alone do anything music-related. Vision and basic mental processes returned slowly after his brush with beyond. Aside from the odd audiobook, there was little to do except survey his own mental inventory. It was a time of intense self-examination and it became a mental palate-cleanser.

Until his illness, John had maintained an intense but rewarding schedule of weekly touring, releases, and press interviews for well over a decade. Although highly respected in the electronic scene, by his own admission he was “over it.” Approaching his 40s, his enviable career in music was, like all good stories, drawing towards its resolution. John’s unexpected reset moment created new space to refocus his lagging creative energy and the long recovery allowed him to focus fully on his writing process. With no initial plans to publish, the creation became a joyous experience – a guiding light as he put his life back together.

By mid-2019, a rough draft had emerged from the spark of an idea. Then, the whole world slowed down amidst the COVID-19 pandemic. Freed from touring once again, John was able to connect with the project, and The Times began to take shape. 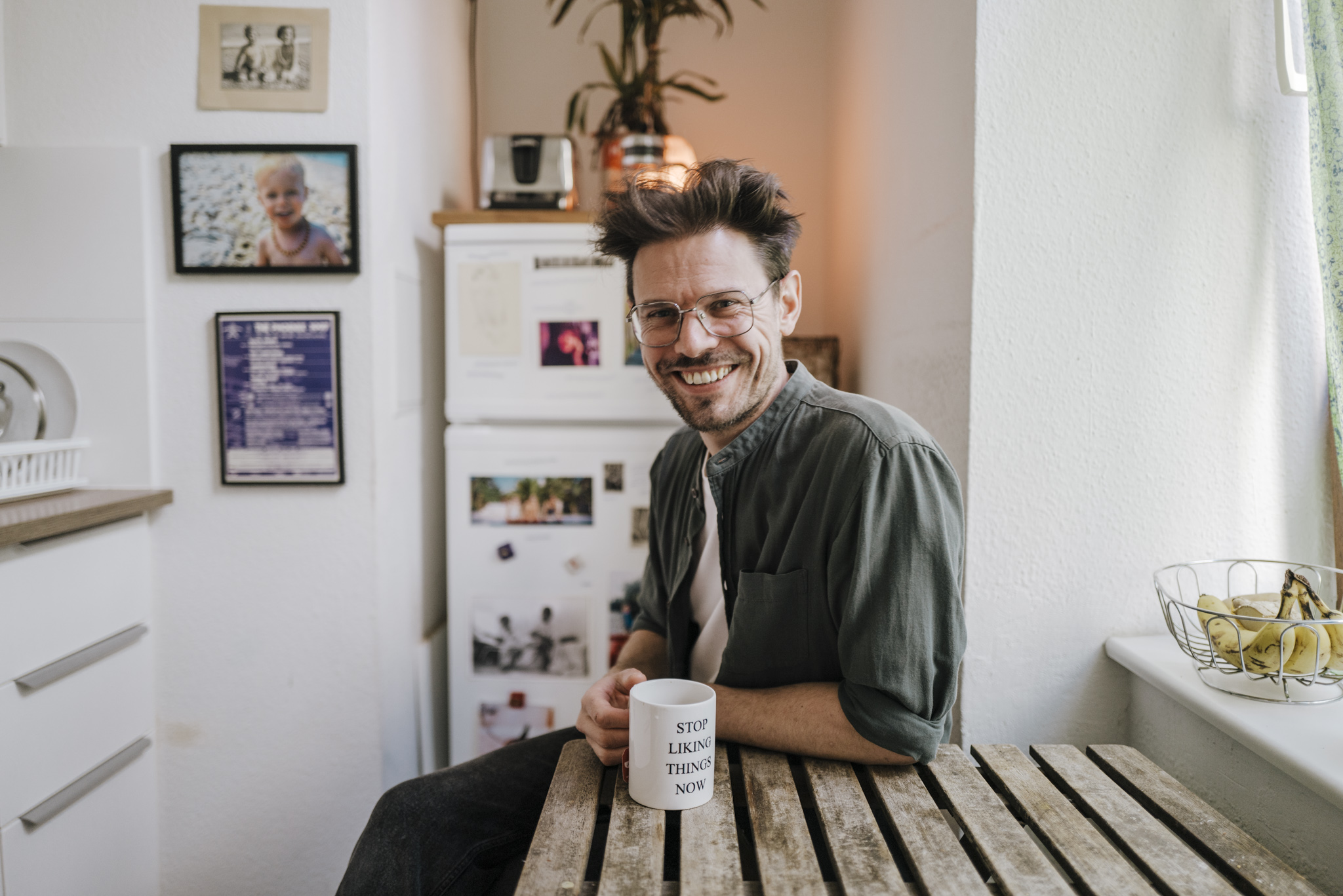 Putting the Pieces Together

John used to play in an amateur funk band and had long felt that the dynamic between members in a band would provide the perfect structure for his novel. The Times explores the stories of disparate characters, brought together through the band itself, through the use of a metanarrative. John splits the story-telling into five individual paths, each one based on the ups and downs of individual band members. The Times’ divergent and convergent narrative is set against the rapidly changing face of popular culture, roughly spanning from the late 90s until present day.

The story of rave culture, acid house, and the summer of love is embedded in our brains through documentaries by the likes of Jeremy Deller and films like 24 Hour Party People, but the subsequent era is underrepresented in pop culture. John captures some of the pieces of the 00s through a pick of prime references, from technology (the first iPhone), mid 00s indie dance (The Rapture’s ‘House of Jealous Lovers’), to deeper cultural trends, like the rise of wellness culture and the changing face of masculinity, all within his wider narrative.

The novel takes a humorous and often compassionate look at many of the situations people encounter once they take on the serious business of adulthood. And as his professional life was spent dealing with the trials and tribulations typical of the music industry of the early 2000s, John didn’t have to stray too far into the realm of fiction when dreaming up the characters. Their stories reflect his personal journey through music and through life. The narrative traces the band’s glorious peak, revealing snapshots of their white-knuckle ascent to stardom and then later, the Schadenfreude of their descent. 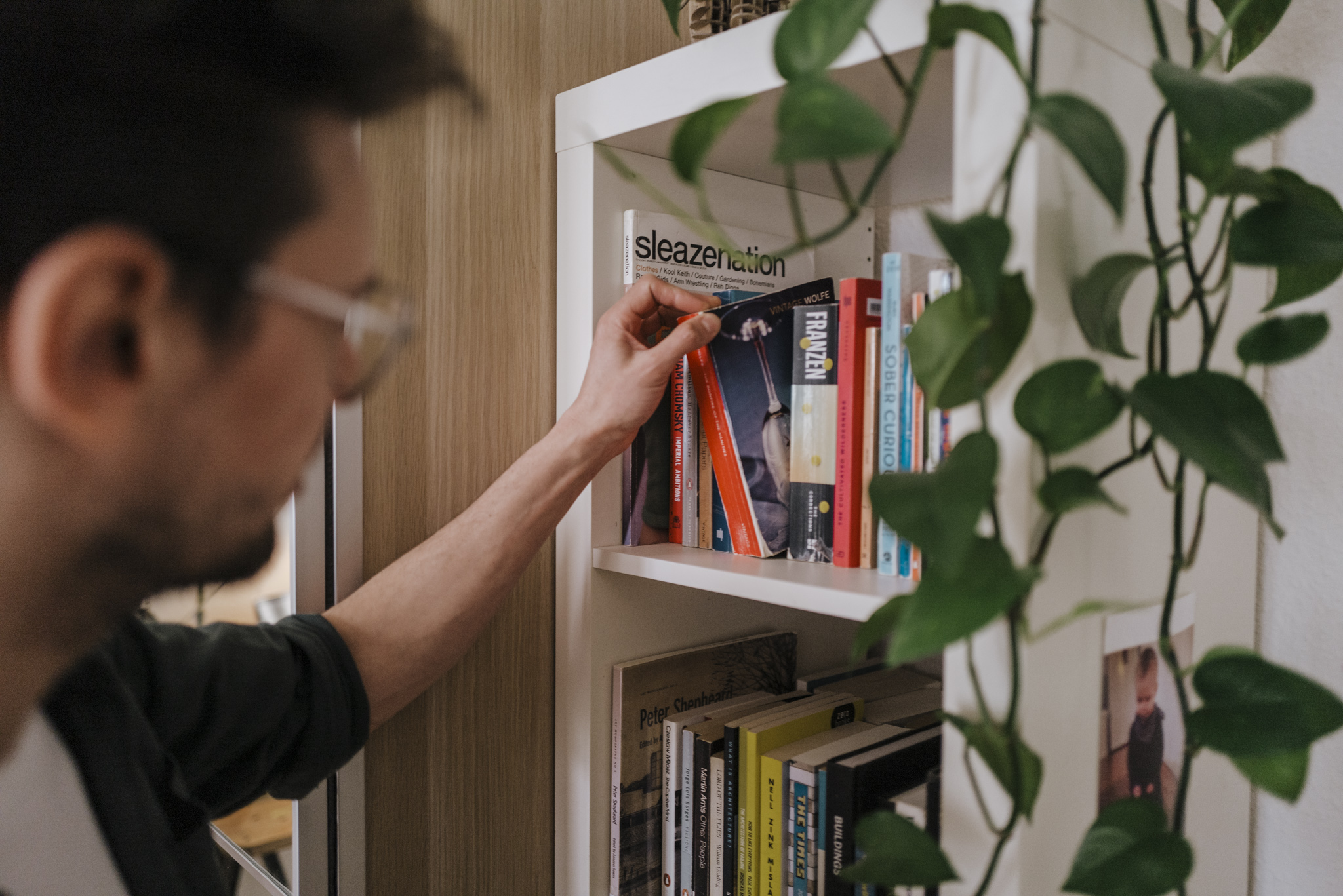 The Times was never intended to be a fully cohesive novel. What began as a collection of short stories, each one focused on a single character, was later weaved together into a singular narrative. Each character is inspired by an element of their lifestyle. Ellis is the conservative, career-focused father of two, and Rowan the hedonistic, mid-30s techno DJ, living from afterparty-to-afterparty. Some are single, some in relationships, and the interaction between the characters is both highly relatable and thought-provoking. Each character is meticulously mapped out, and the effect is a rich tapestry of emotions at any given time

Despite some weighty subjects, the book maintains a steady pace. It feels fresh – easily accessible for some, and riddled with voyeuristic glances into the aspirational world of stardom, yet tempered by the warts ‘n’ all accounts of parenthood for others. The timeline holds the narrative together across the many settings that many will be familiar with – Berlin, Amsterdam, Glastonbury, and John’s native London all feature heavily. With this strong, established structure, John is able to skip forward and backwards in time. It’s an ambitious technique to use in a first novel, but it adds to the intrigue. Whether it’s Rowan’s latest act of self-destruction or Jim’s psychedelic journey, the feeling that the author has more to show is constantly present. 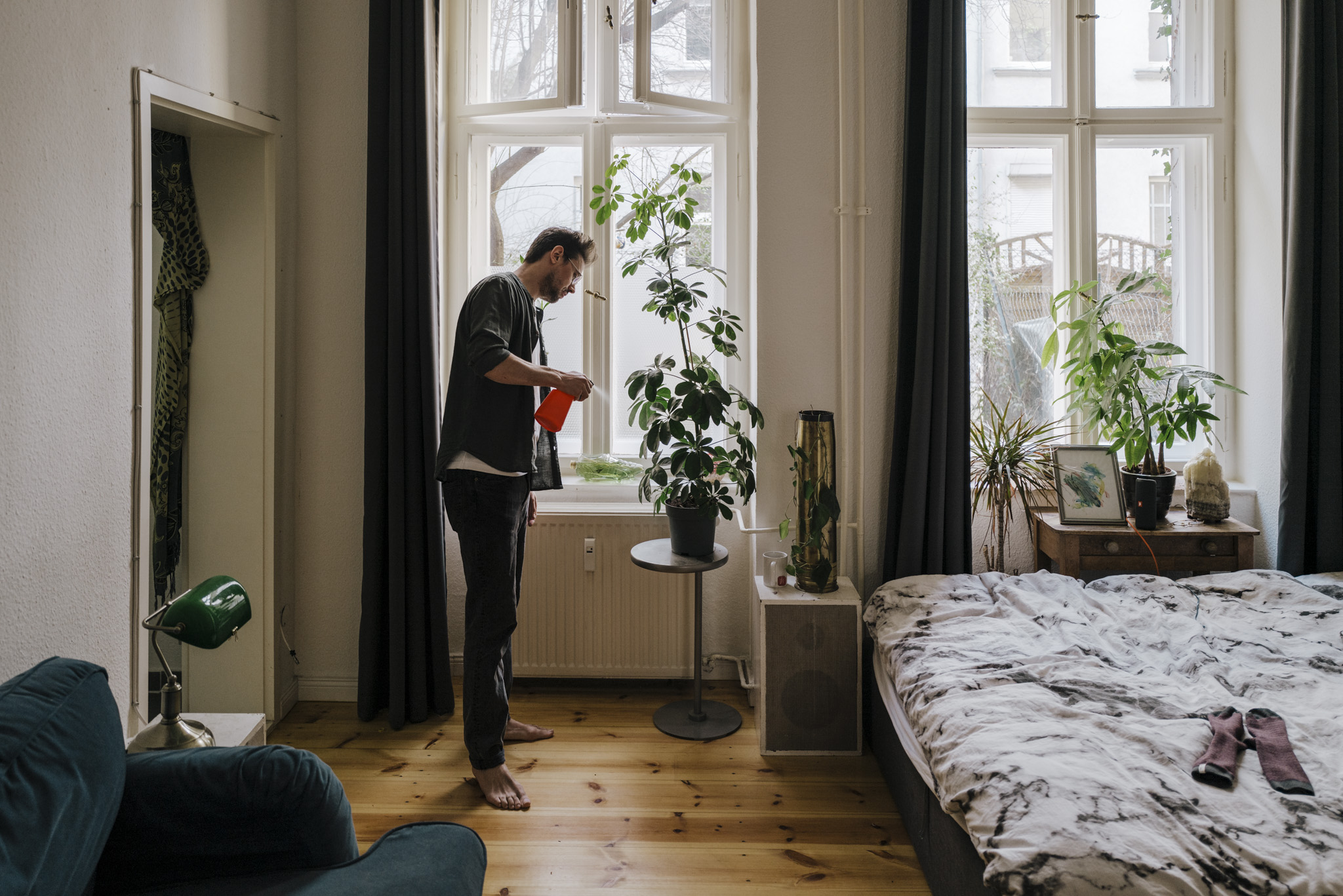 Often with music the first run is the best one. I wanted The Times to have that same rawness. 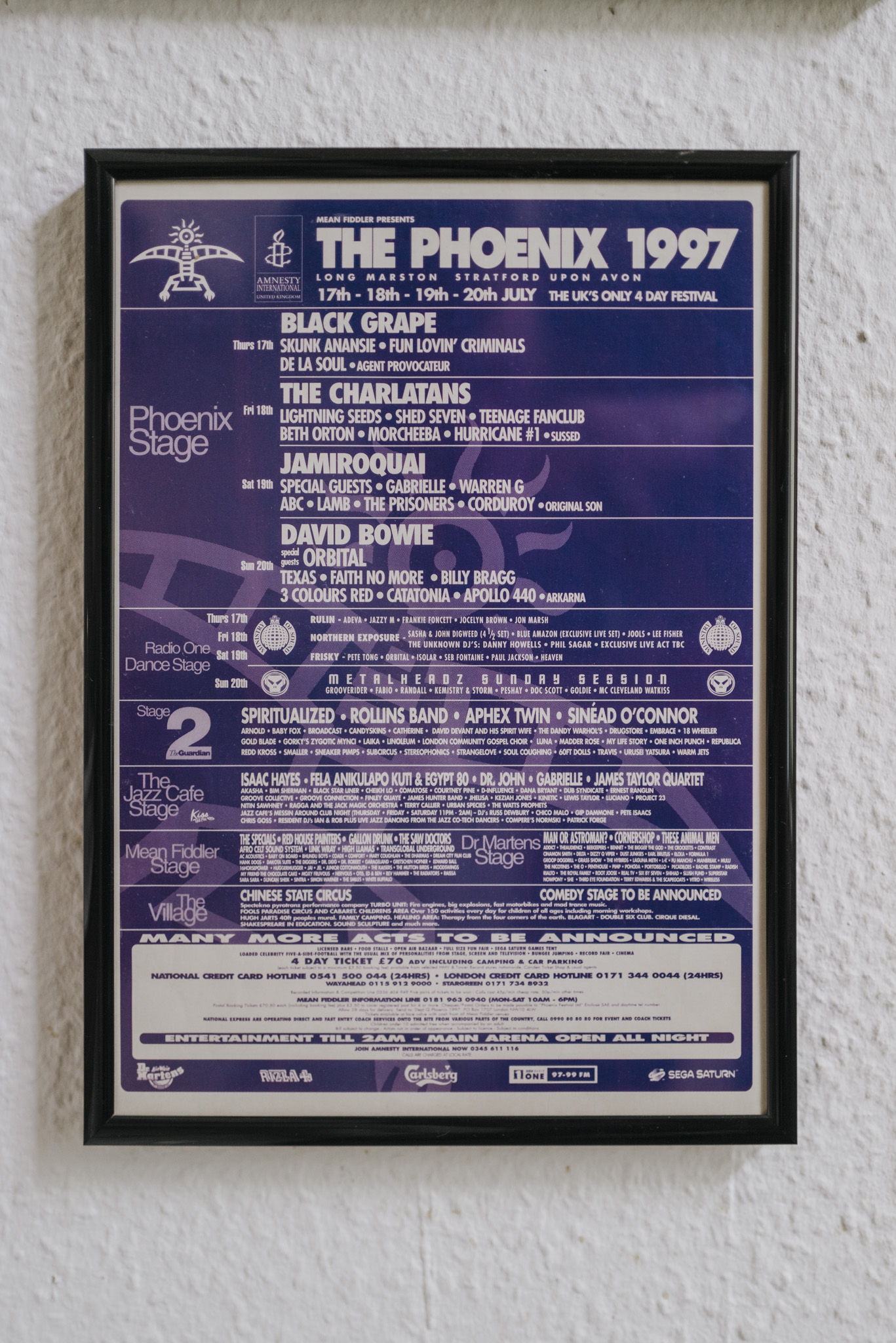 In the search for a publisher, John fell back into the familiar territory of hustling his work. Originally a source of pure joy for John, the project spawned an endless trail of unanswered emails. The solution was, just as he had with his record label Retrofit a decade prior, to set up his own platform, Fifty Seven Press. From that point on, he was unburdened, free to write exactly what he wanted. The scenarios flowed, and he was able to turn the volume up. “I was able to go back to certain scenes and make them more graphic,” he laughs. “I was just coming out of this near-death thing. I just spilled. I didn’t give a shit. It was as if I was writing a reflection of my own life up to that point through these different people,” John reflects.

The Times clocks in at over 380 pages, three times the recommended length for a debut novel, so does that worry him? “Really, as long as a handful of friends and confidants in the industry get it and enjoy it then I’ll be happy,” is the response.

The process itself swept him away. “Often with music the first run is the best one. I wanted The Times to have that same rawness.” Transferring observations from DJ booth to the writing desk also provided unique insights, like appreciation of an audience’s attention span – as well as his own. With DJing comes an inherent appreciation of energy levels. “All the scenes cannot be such high energy,” he opines. “Just as when you’re playing a DJ set you can’t have every track a banger, you have to take it down sometimes and let people have a rest.” 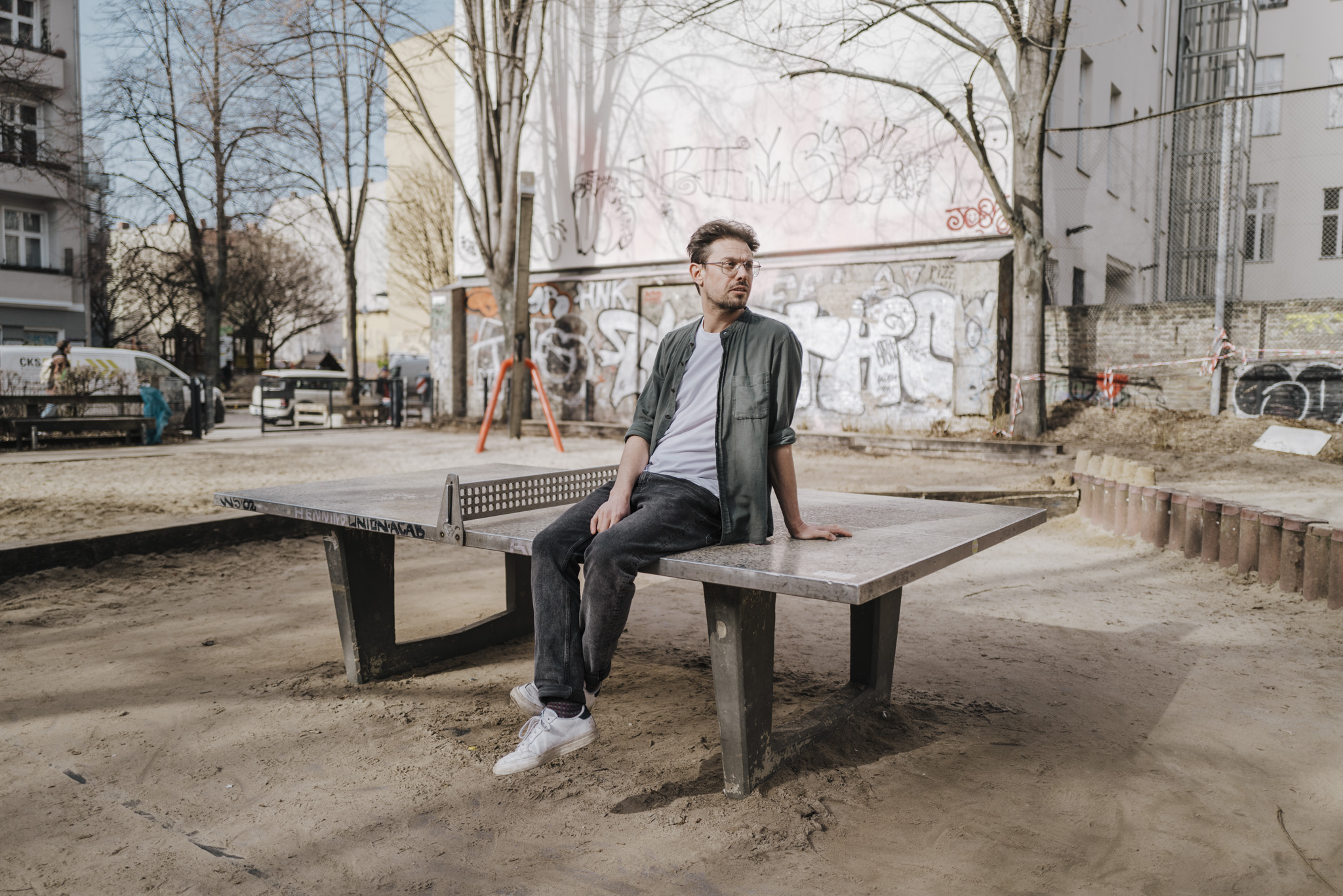 Having such an intimate relationship with the subject matter does risk alienating certain readers, but John made a concerted effort to tow a middle line “I wanted it to be accessible enough for people who are not in the music industry to read, but at the same time I wanted it to be credible enough that I wouldn’t get sneered at by the music snobs.” There’s some eye-watering snapshots from fly-on-the-wall accounts of executive corruption, music industry smoke and mirrors, lies and friction between friends – all of which sail awkwardly close to the truth. Even if one or two of the references are a bit obscure, John’s willingness to share details draws the reader in further and allows him to paint a vivid picture of the music industry.

The Times sends some things up hilariously and offers poignant views on others. This intimacy sticks well after the final pages are turned. It’s an ambitious work but doesn’t take itself too seriously – it plays the hits when it needs to, but pays due respect to the underground.

Having road-tested it on himself, John can’t wait for it to be out there in the world. Although he modestly pitches The Times as a beach read, like all good books each reread reveals an extra layer. Even the purposely beige characters leave their mark. And like a good tune, the main characters have an addictive quality that embeds them in the reader’s affections. Mission successful, then.

With his first novel complete, John looks forward. “I’ve been itching to start creative writing again. I’ve got several ideas kicking around. I loved seeing how The Times has evolved from the basic idea about a band. I’m looking forward to seeing how something else can develop from a tiny spark.”

You can get your copy of The Times as a paperback or ebook via Amazon. 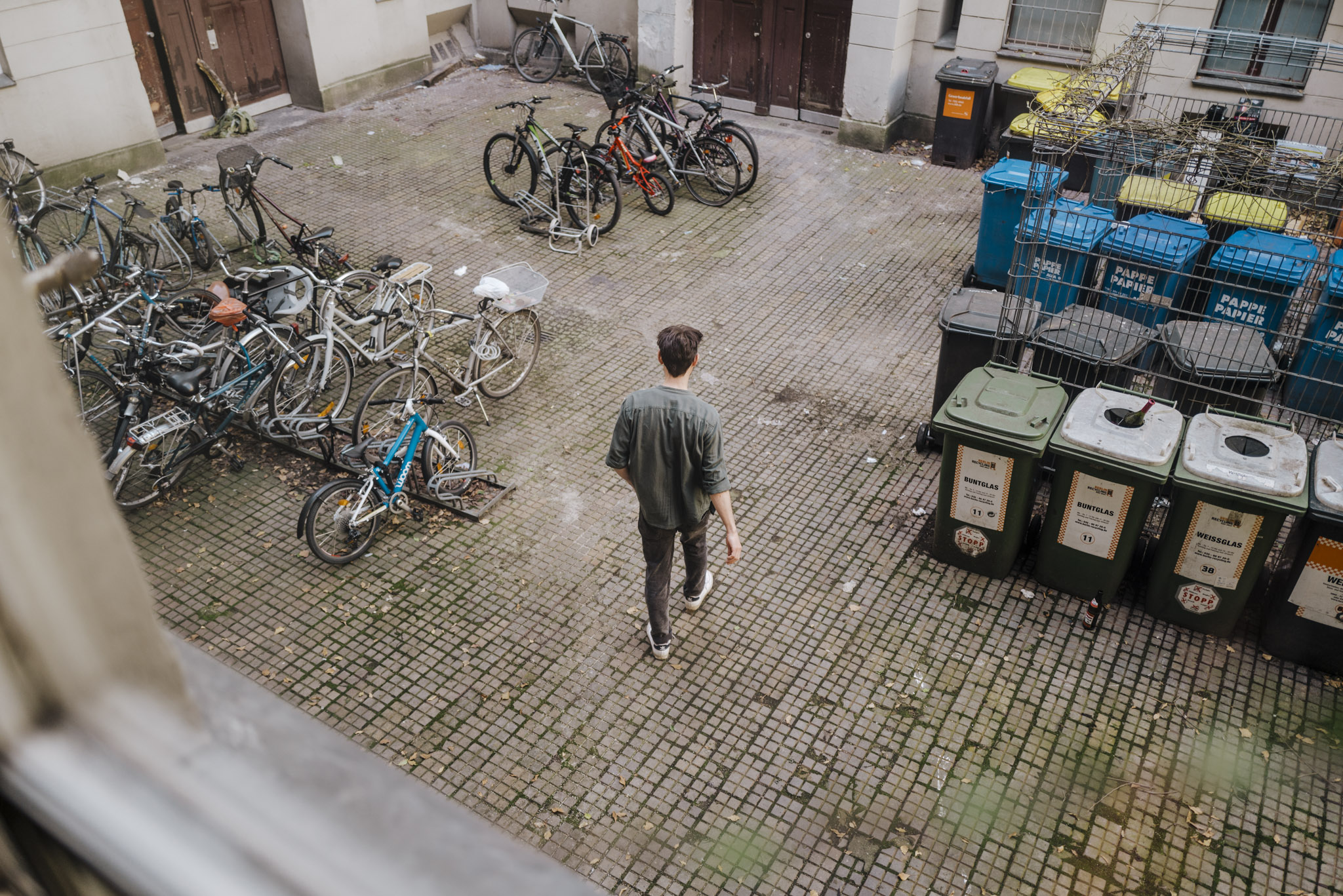