How the pandemic has changed Berlin 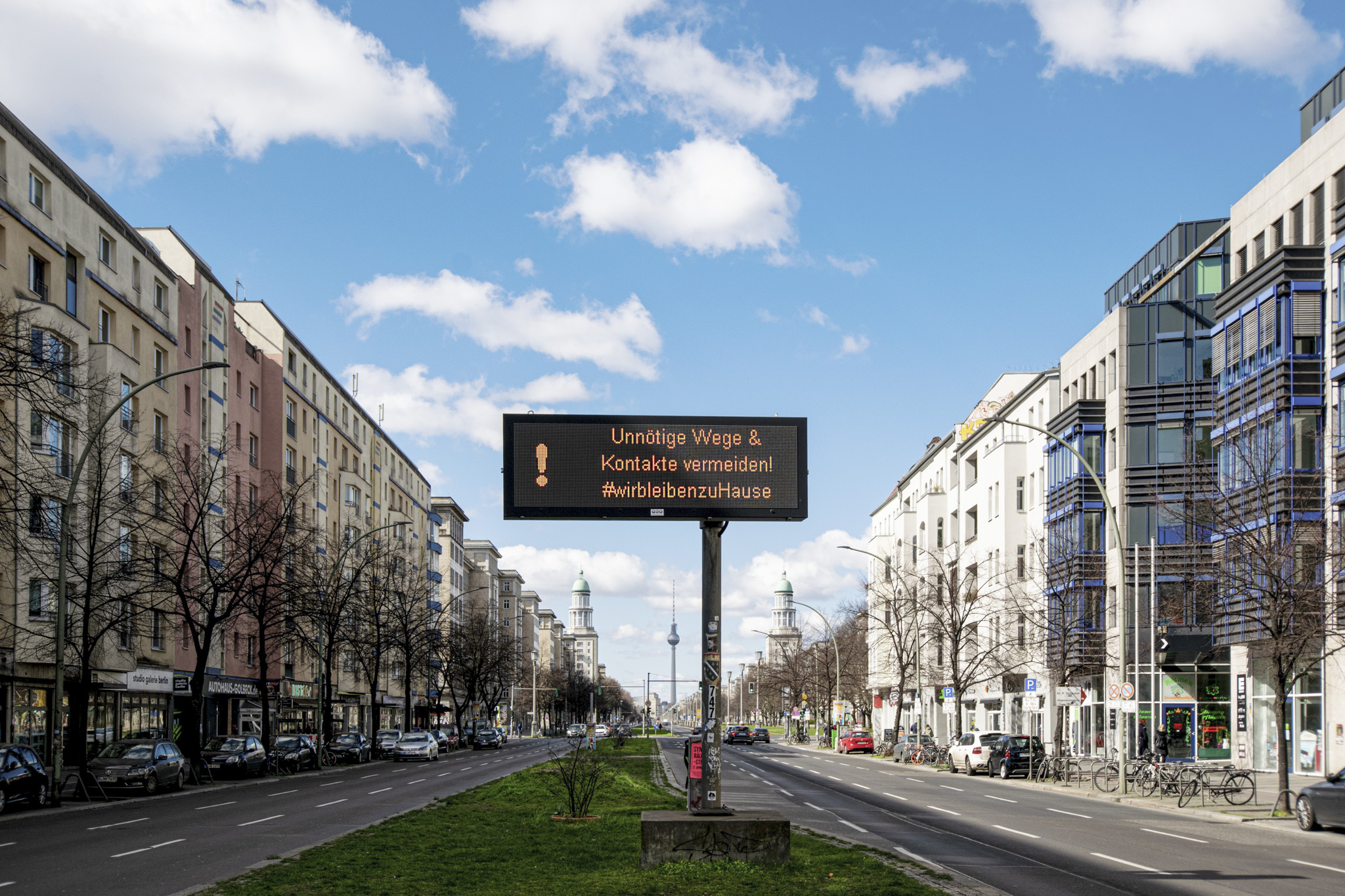 Statistics confirm it: this has been the weirdest year. After the Berlin Wall came down, everything else in the city went up: population, prices, possibilities. Now, for the first time in decades, things are declining. The numbers show an end to the post-Wall expansionary era. But amid all the closure and loss, there have been some changes worth keeping. 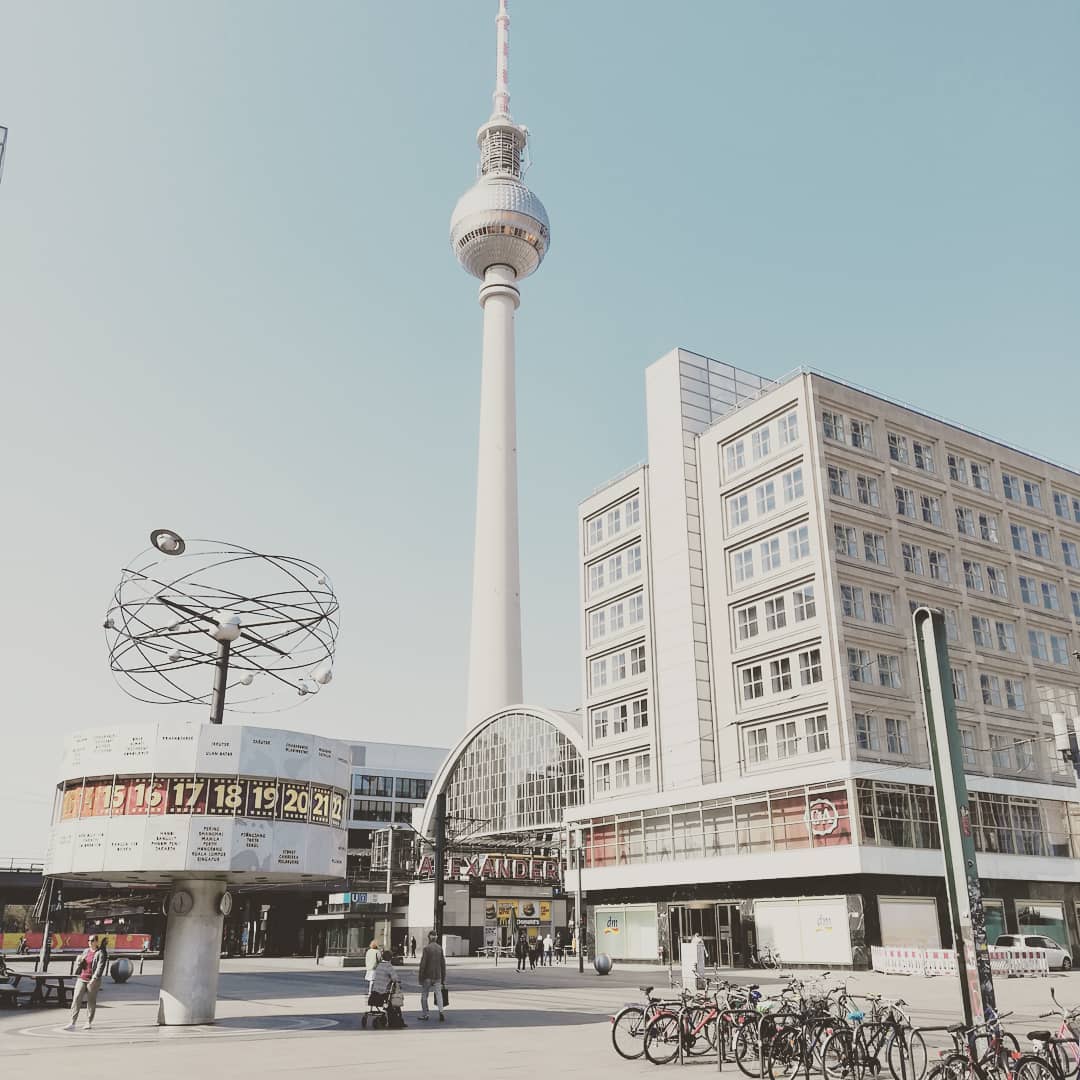 Berlin’s streets are eerily empty, void of visitors and newcomers. There are fewer Berliners now than there were a year ago. About 8,000 Germans escaped the city and only 1,000 foreigners replaced them, after years of hundreds of thousands flocking here. The depopulation is palpable on public transport, which is now operating with about 30% fewer passengers.

Foreign visitor numbers have declined by 71%, and it’s amazing any came at all. At one point, hotels couldn’t be built fast enough for the 13.9 million annual tourists – six new hotels opened in 2019 and another 26 were being planned. Now the five-star Sofitel is insolvent.

It has always been rude to ask a Berliner about their job, but now even more so – unemployment is back up above 10%. Add in the number of employees on state-sponsored furlough and one in four Berliners spent the year out of work. 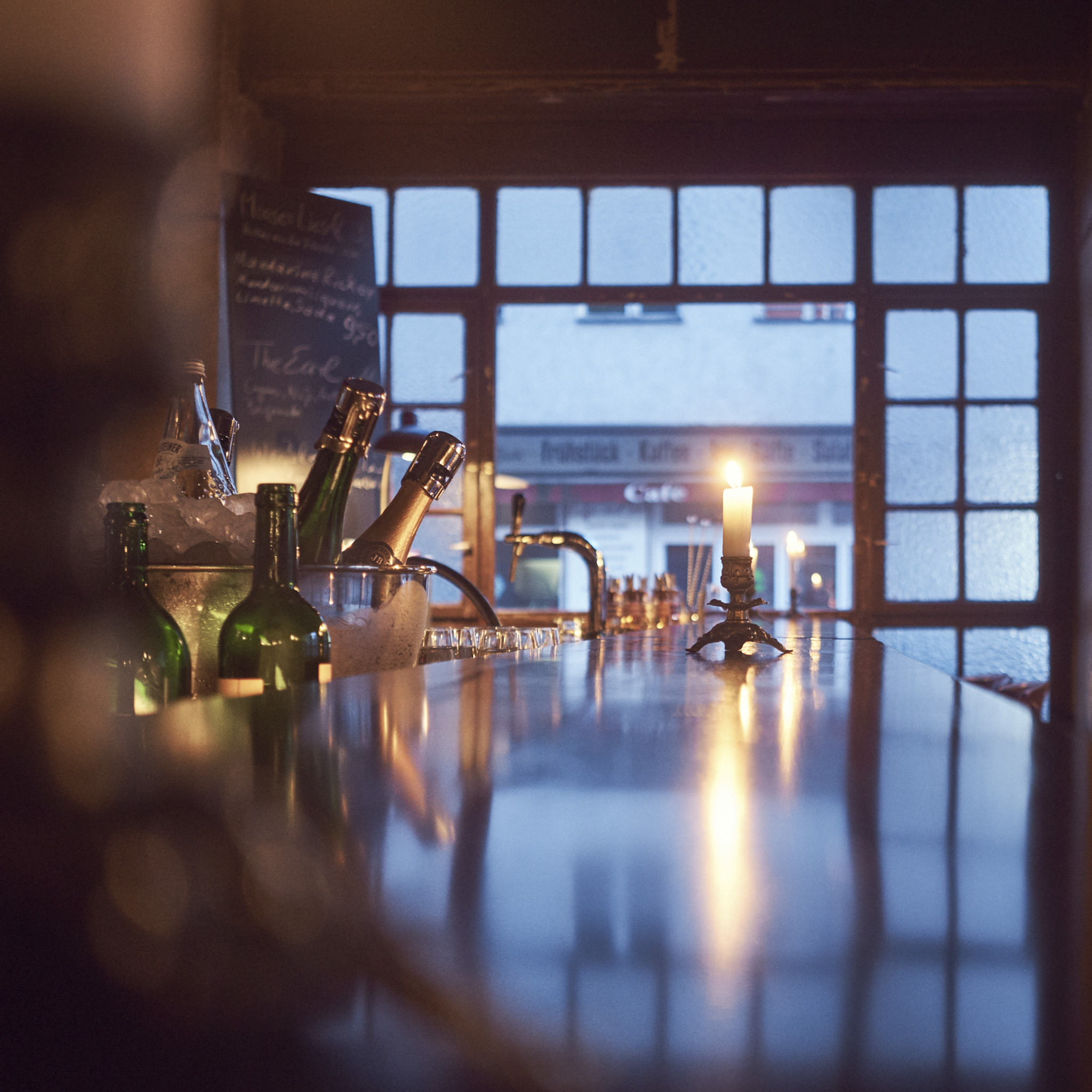 Berlin’s politics have gone from permissive to parental. The previous mayor postured as a party lover, but the current mayor has declared that “now is not the time to party,” and shuttered bars and clubs. Even Spätkaufs were closed in October, giving the city its first night-time alcohol prohibition since 1949.

A few weekends of open-air hedonism in Hasenheide couldn’t replace all the unplayed bass. A year ago, the city’s cultural discourse focused on the closing of one club, Grießmühle, but now almost every club faces ruin. Hospitality revenue is down by 46% and a survey by Bars of Berlin found that 75% of their members expect to go out of business by early 2021.

It may be lazy to quote Marx and Engels, but laziness feels situationally appropriate, and their analysis even more so: “All that is solid melts into air … and man is at last compelled to face with sober senses his real conditions of life, and his relations with his kind.” Sober senses indeed. 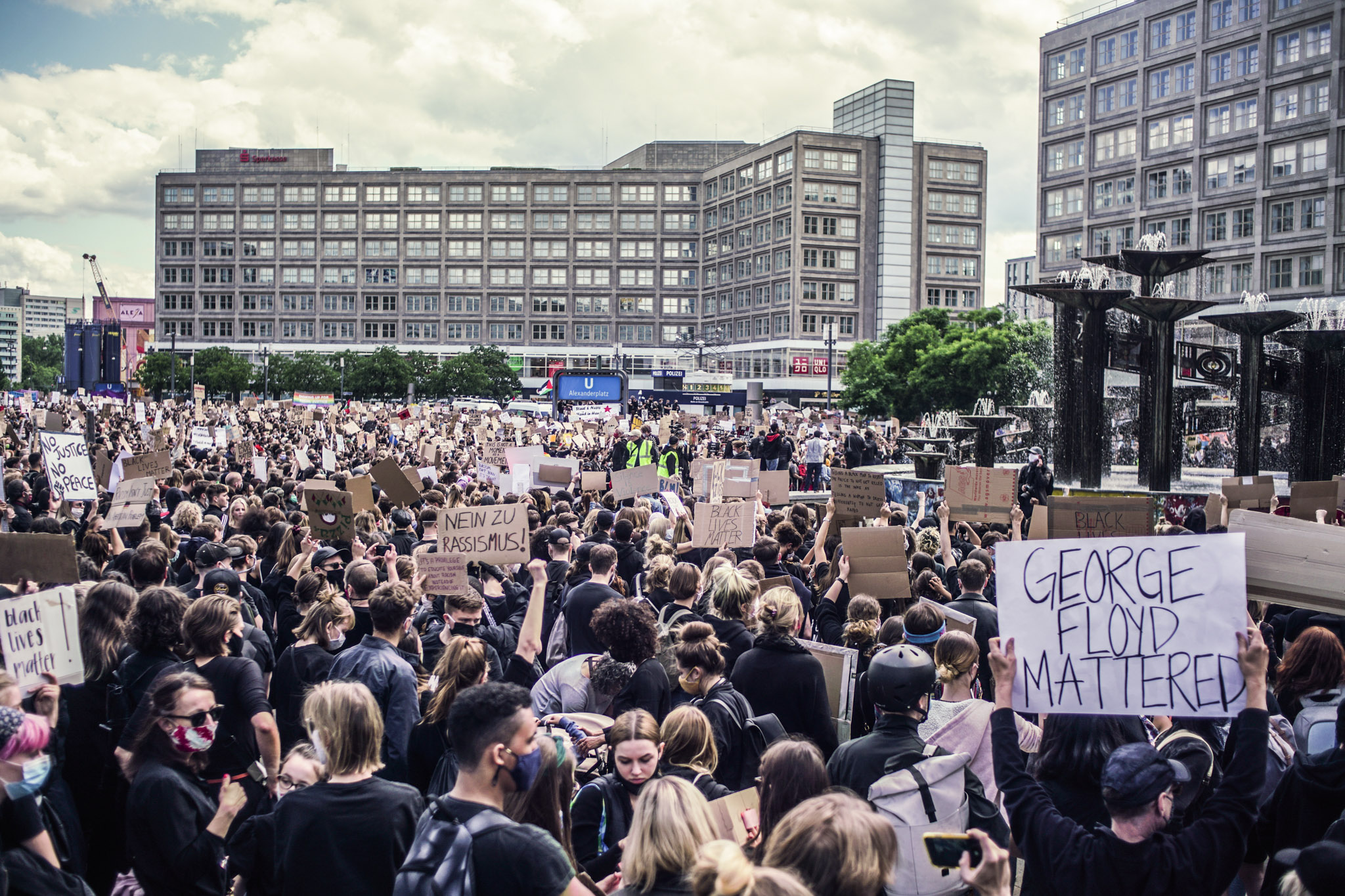 Nothing can stop Berliners from taking to the streets, although traditional protest roles have been inverted – now right-wingers are outraged by the rules. The changing content at demonstrations shows a queasy social shift from collectivism to ignorant individualism.

Last year, Berliners were most concerned about the environment. There were a record 5,350 demonstrations, which amounts to 14 a day. An estimated 90,000 cyclists joined the ADFC’s annual Sternfahrt ride in June 2019, and 50,000 marched in the Fridays for Future Klimastreik in November.

In 2020, with demonstrations first banned and then restricted, some 15,000 Berliners stood against racism at June’s Black Lives Matter-inspired protest. Yet 2020’s biggest demonstration was against pandemic mitigation measures in August, with an estimated 38,000 misguided recalcitrants marching alongside Nazis. At a smaller ‘covidiot’ event in November, police turned their water cannons on crowds for the first time in years.

Hiding your face behind a mask at a demonstration was once illegal, but now the reverse is true. With regulations changing so frequently and rules being introduced without enforceability, we’ve been given a lesson in the plasticity and frailty of the law, which at times has felt omnipotent yet simultaneously impotent. Who can say they ever really knew what was allowed? And who didn’t knowingly break a regulation at least once? 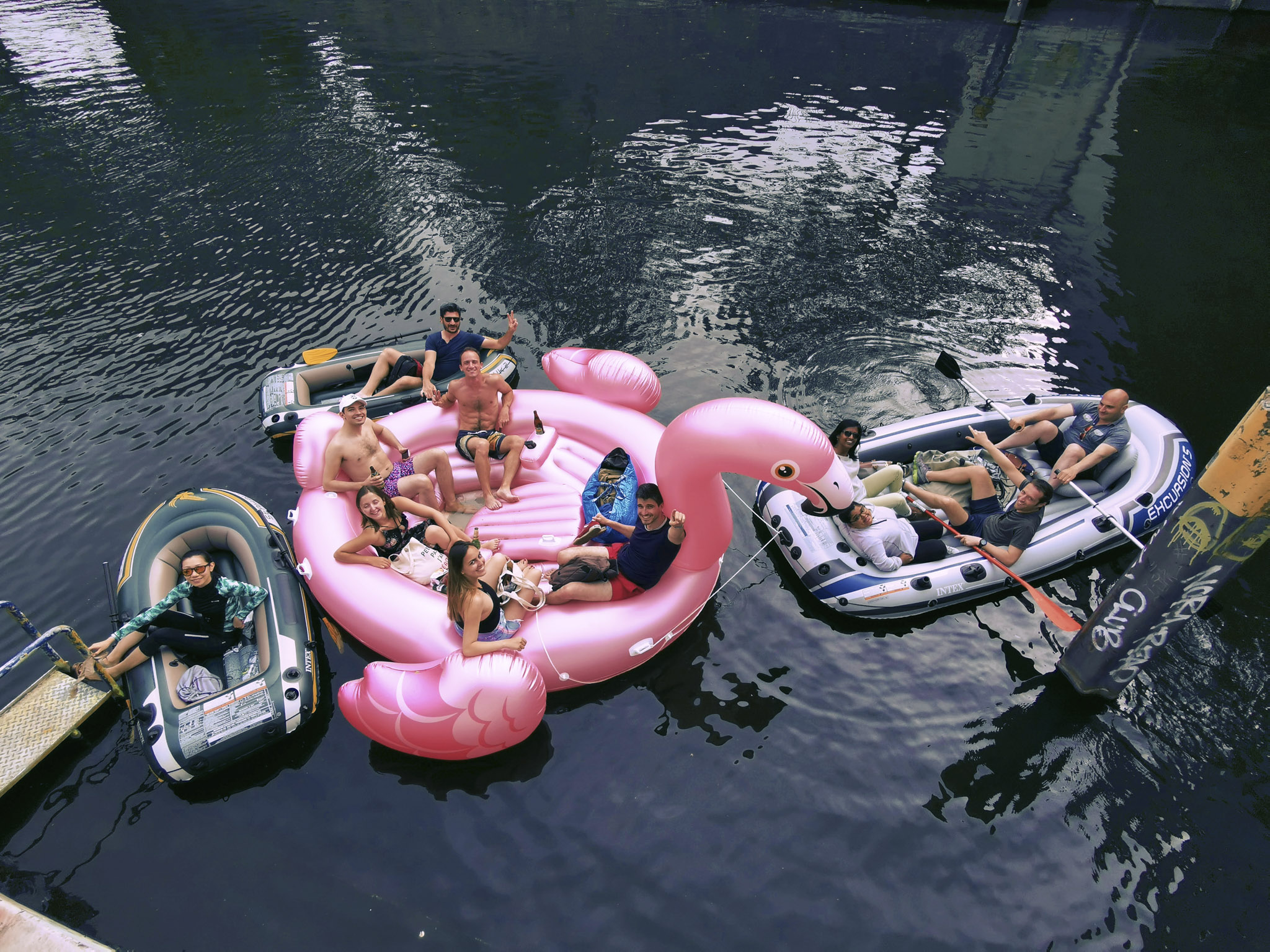 Turn and Face the Strange

Despite the downturn, some things are looking up. Berlin had its Venice moment: tourist boats were harboured, the Landwehrkanal was cleared, and an armada of rubber boats commanded the waterways.

The prospect of a deautomobilised city seems within reach, with bike traffic up by 28%. Almost overnight Berlin gained an extra 21 kilometres of bicycle lanes along some of its most car-infested streets. The new lanes withstood a court challenge from the right-wing AfD and are hopefully here to stay.

As for positive reductions, advertised rent prices sank by 5.7% as the revolutionary Mietendeckel came into effect. 340,000 tenants, or one in six, were due for a rent reduction in November. Still, 50% fewer flats were advertised this year as landlords restricted supply. The city’s great rent freeze experiment continues.

Not everything has closed or disappeared. Berlin’s long-overdue Berlin Brandenburg Airport opened – 12 years after construction began, ten times over budget, and with air traffic down by 77%. With Tegel closed and Schönefeld to be mothballed, the number of abandoned airports in Berlin will soon have tripled.

Yet the strangest changes go unmeasured. How many nights did you spend not dancing? How many concerts did you not cry at? But for every negative, a compensation. How many hours did you avoid wasting in queues? How many habits were curtailed? Did you finally overcome your Friday night FOMO? This uncanny year has defied the statistics and taught us that nothing is certain. There’s no reason why next year can’t be even weirder. 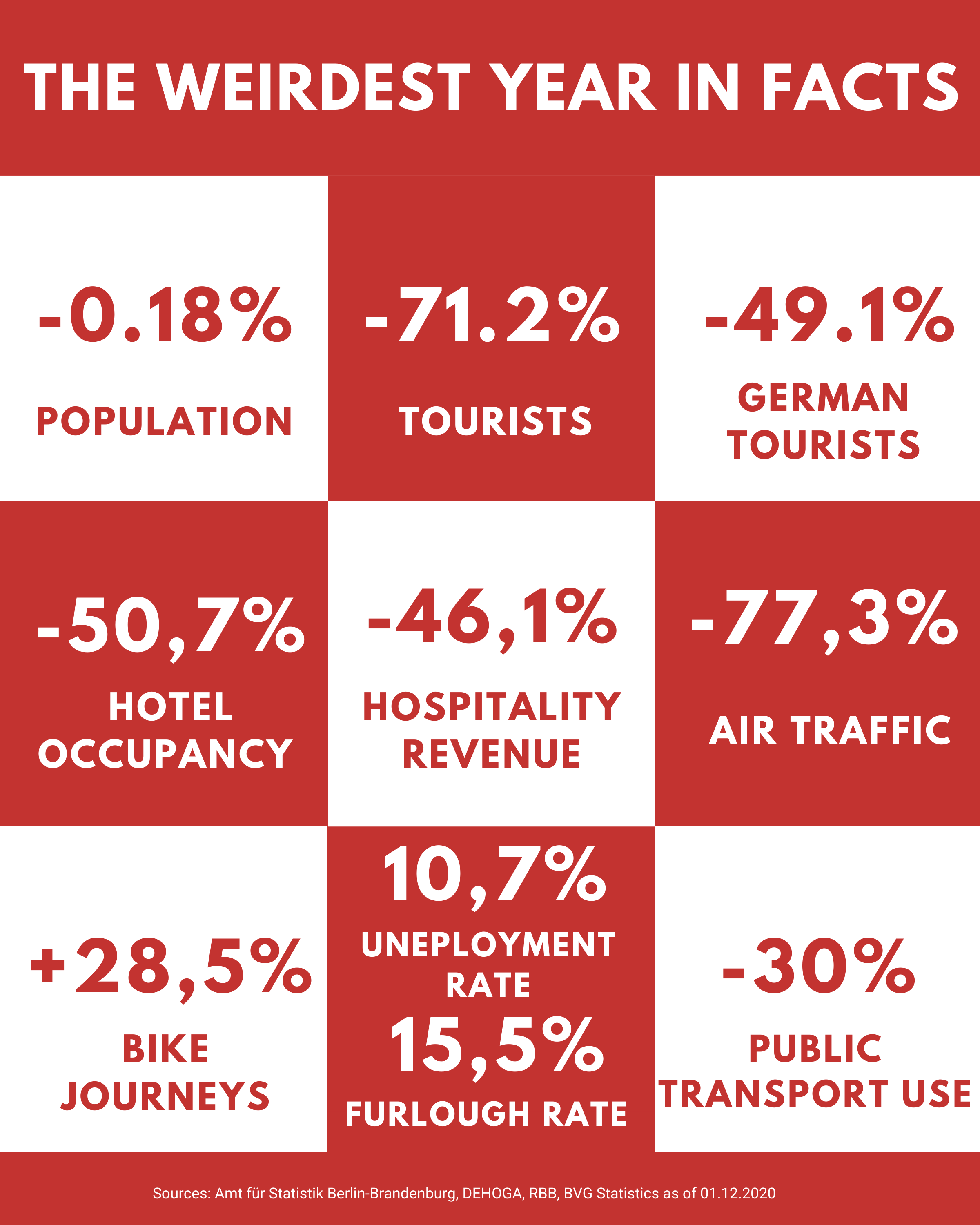 Joel Dullroy is a journalist and one of the founders and presenters of the Radio Spaetkauf podcast. 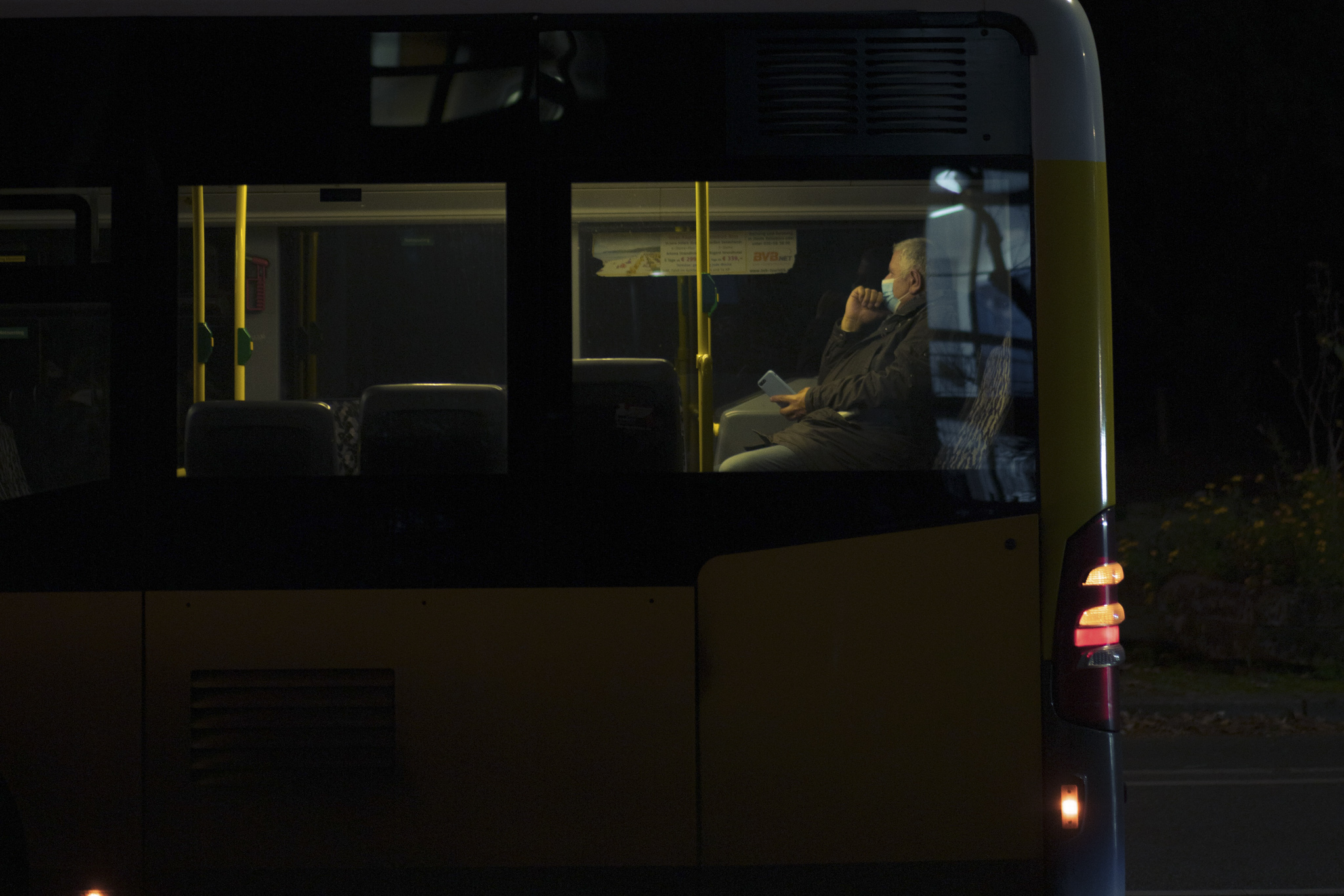