The Bearpit Karaoke founder, MC and bringer of joy gives us an insight into his mind

The Bearpit Karaoke is a Berlin institution. Every Sunday (in season, weather permitting) hundreds of people gather in Mauerpark’s amphitheatre to watch brave souls take the mic and sing their hearts out.

Whether they have the voice of an angel or wail like a demon, the crowd supports them every step of the way. Joe Hatchiban is the man behind it all. He’s the MC, bouncer, technician and more, and here we find out the last time he cried, the last bad decision he made, the last thing he ate, and more. 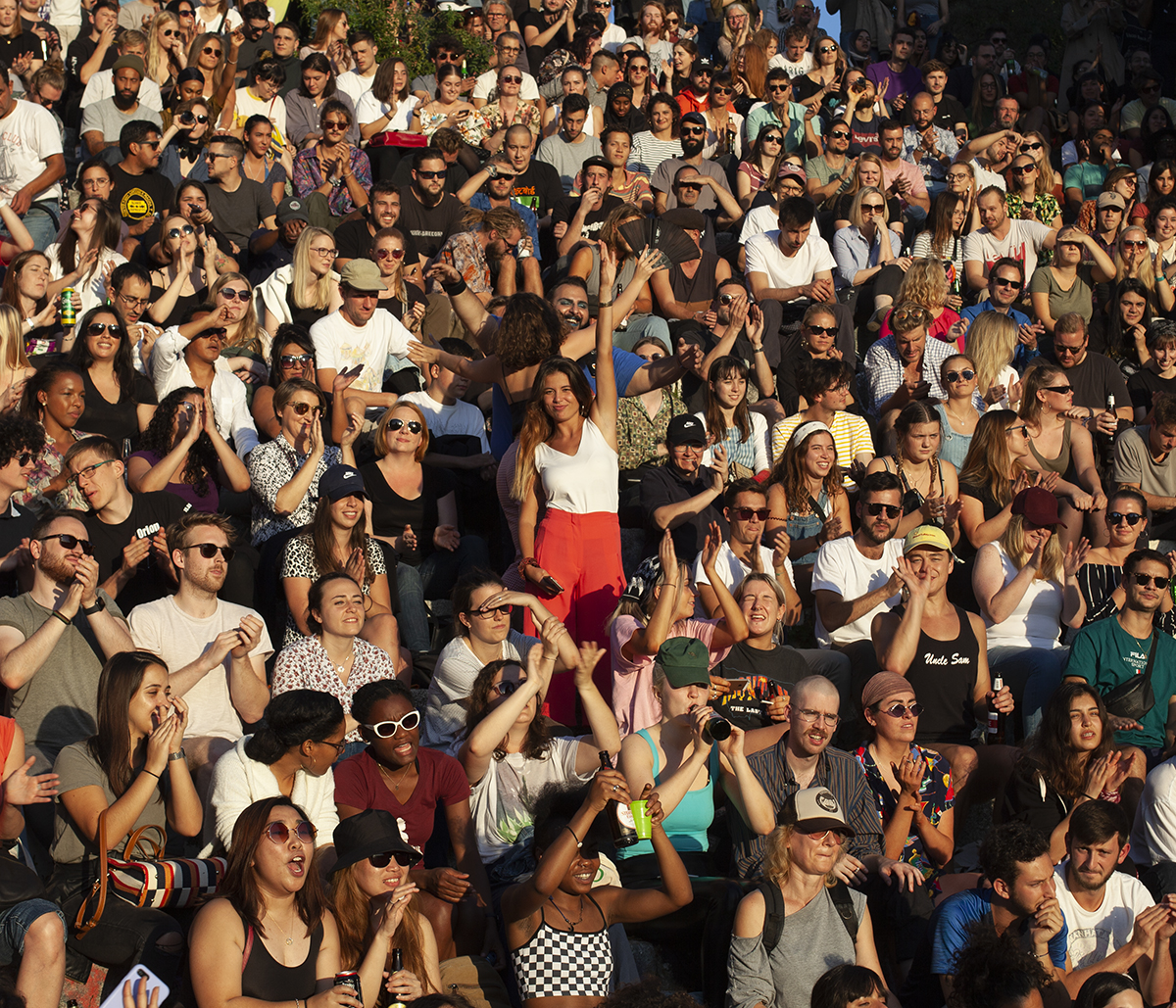 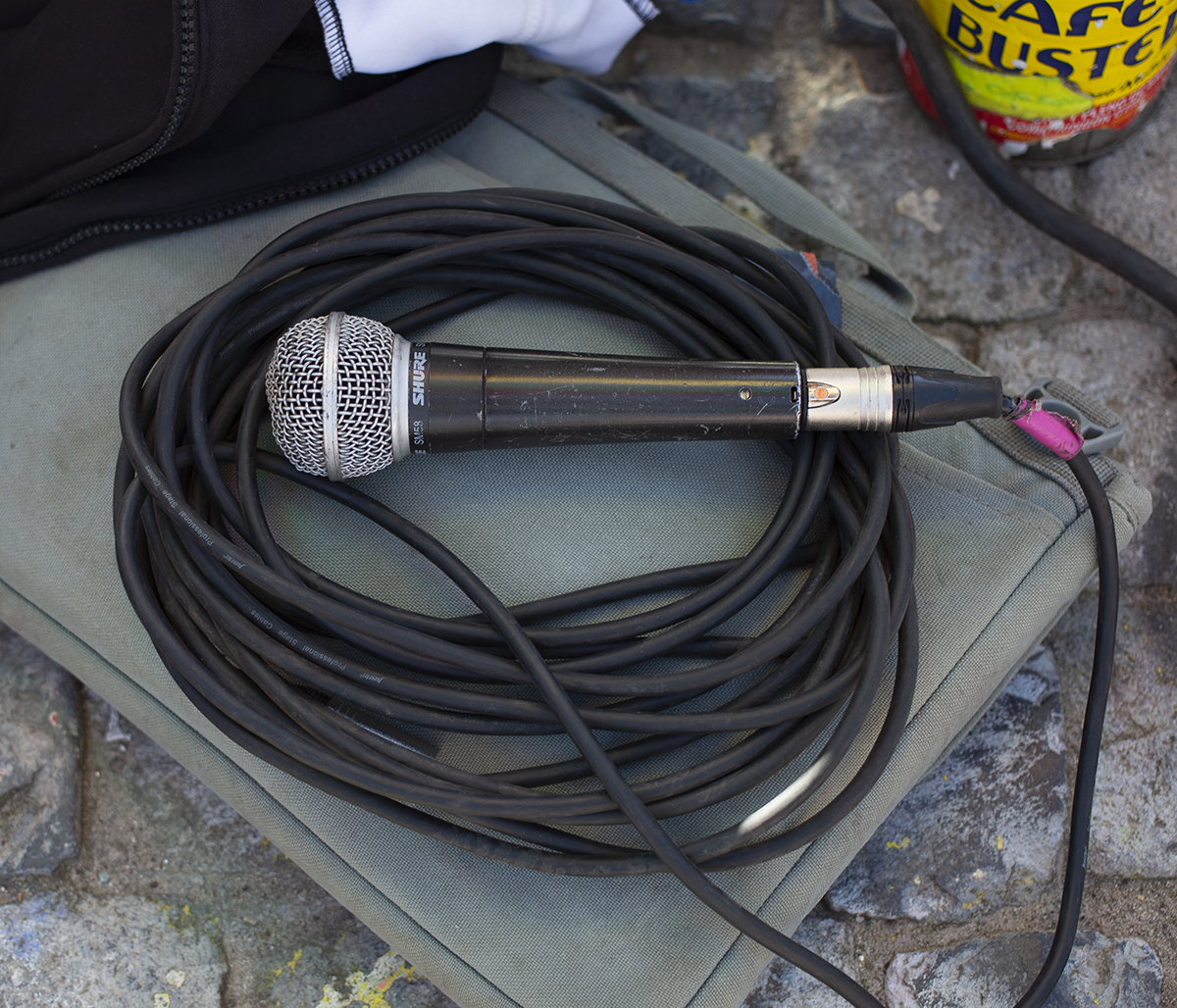 When was the last time you sang, and what was the song?
Not counting Mauerpark: ‘Bootylicious’, ‘Always a Woman’, ‘Down with the Sickness’, ‘Finnegan’s Wake’, ‘Roadhouse Blues’, ‘No Diggity’, ‘Bus Stop’. A few more.

What was the last piece of great advice you were given?
Mice cannot and will not chew their way through steel wool, so fill in mouse-sized skirting board cracks with steel wool.

When was the last time you cried? On purpose or involuntarily?
The final fight scene in Lethal Weapon between Mel and Gary Busey always gets me going, so if I stick that on along with any of those Procter & Gamble ‘Thank You Mom’ Olympics adverts and a couple of classic sporting comebacks I’m a deliberate snotty mess. Involuntarily, I saw this film called The Song of The Sea with my daughter a few months back and before the opening credits were even done she was pointing and laughing at me.

When was the last time you doubted yourself?
I was in a place asking about getting a driver’s license, and with all the eye testing, first aid class, theory classes, getting biometric photographs, sending off the papers, and then the actual practising driving around, and THEN taking a test, I questioned whether I could put all of that into my busy schedule any time soon. And pass. New Year’s resolution 2025. 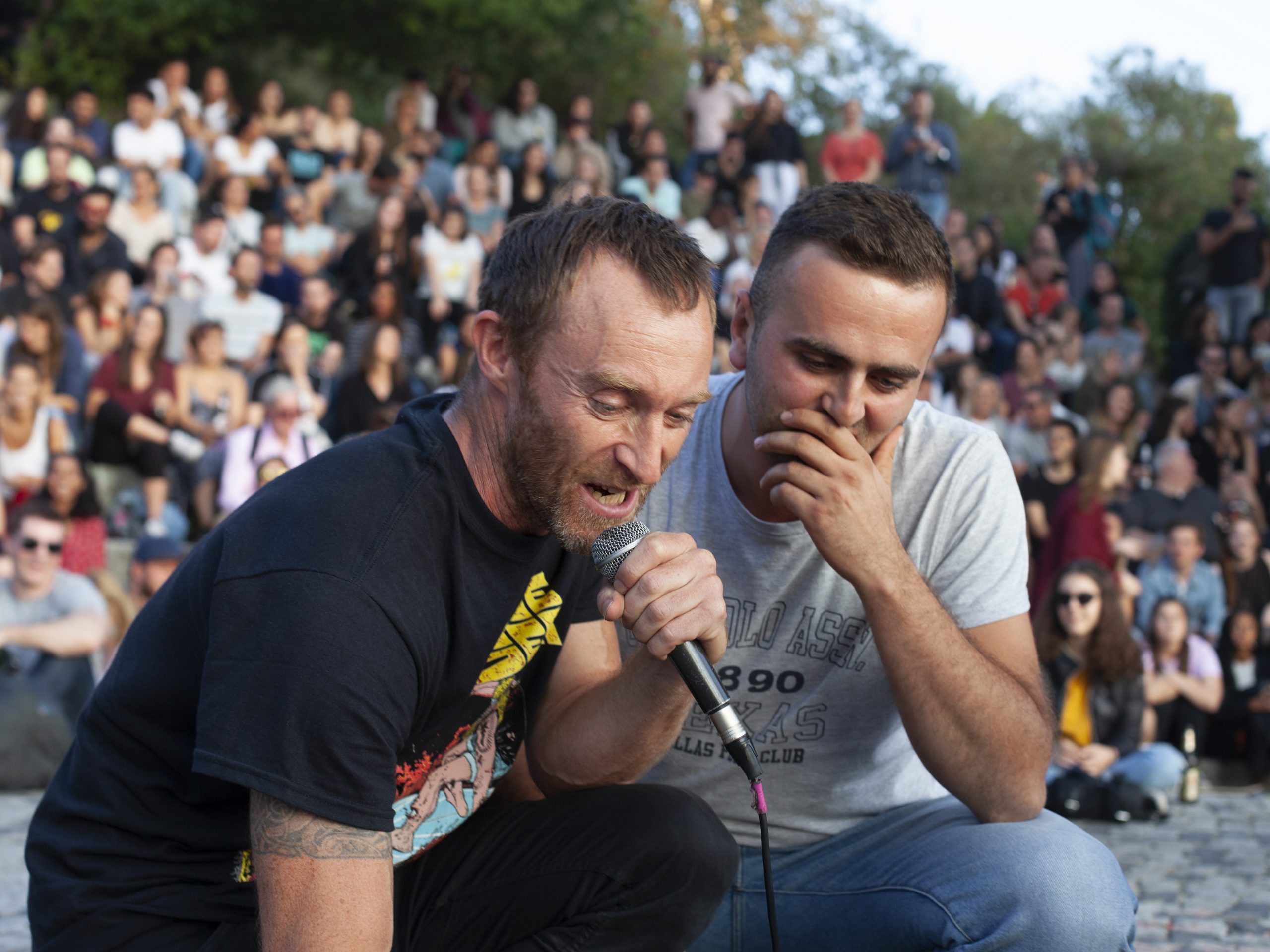 What was the last regrettable decision you made?
When I have misgivings about any immediate course of action I usually say to myself: “Hey tomorrow you’re not going to wake up and wish you hadn’t done that. You’ll be stronger for it! Conquer it! Go kid! Go for it!” But there was a stand-up set last year I did that absolutely sucked ass. Thing was, ten minutes before my go I was thinking I should fake an emergency phone call and get out of there. I could feel a bad night coming. All of it was regrettable. On the upside, it was very real, I felt very palpably alive but, still, give me the chance again and I would have skipped it. Or at least tried different jokes. So bad. Ouch.

What was the last thing you Googled?
Boxer Nigel Benn’s career earnings. He’s 55 and meant to be fighting again soon. And I don’t necessarily think he’s doing it purely for cash, but the news made me curious as to what sort of money he was getting paid back in the day. Less than I thought.

Who was the last person to truly surprise you?
The friend of my girlfriend who brought me back a large wooden penis-shaped bottle opener from a holiday in Bali. I’ve hidden it, but that somehow doesn’t feel like the right move.

When was the last time you did something for the first time?
I went to Ice Speedway last March. That was a rock solid, eye opening, emotional rollercoaster of a day out. In August I excitedly thought I had possibly just eaten brain for the first time, but it turned out to be liver. Pretty unusual sliver of liver though. Didn’t look, taste or feel like liver. So, Ice Speedway. 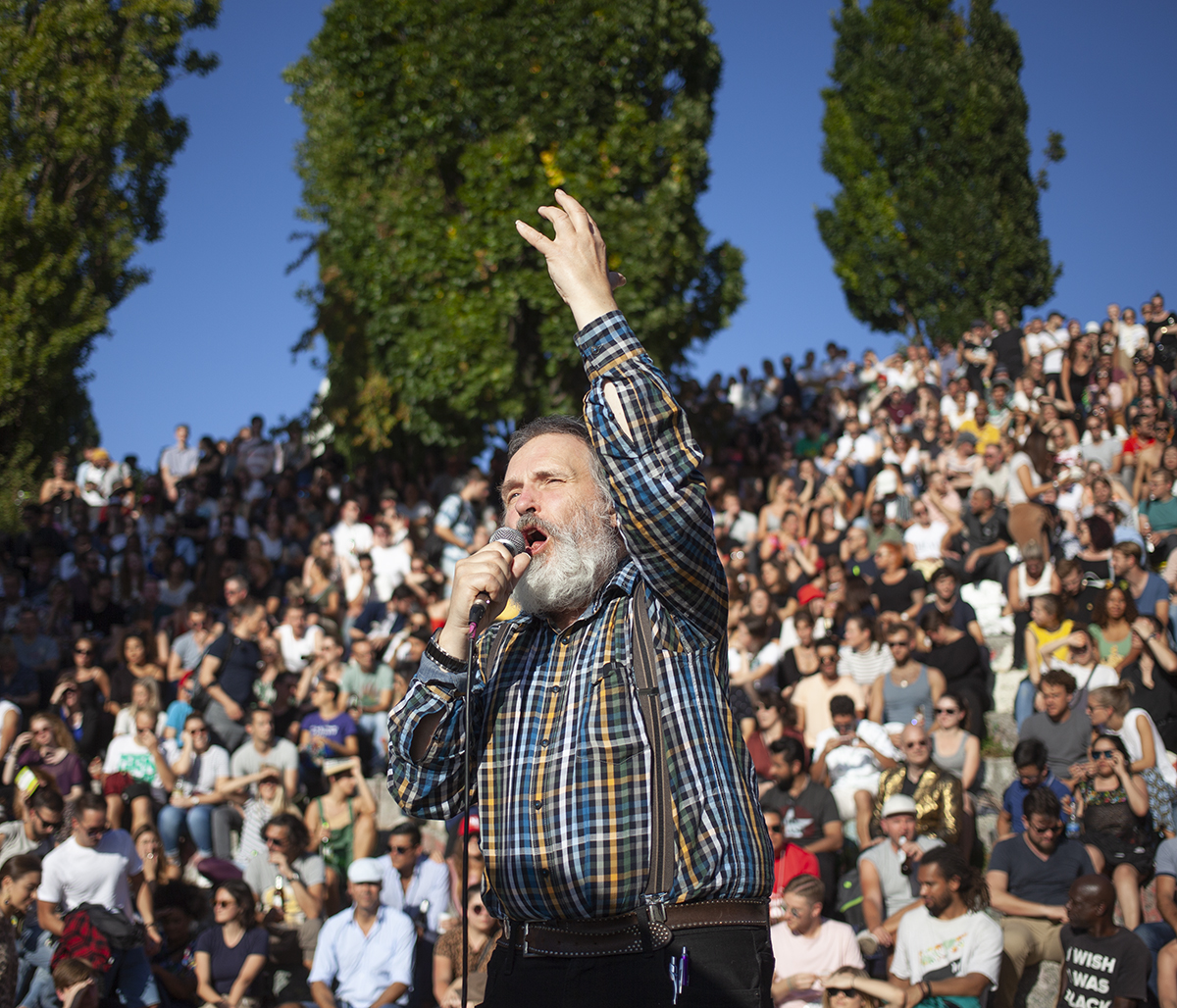 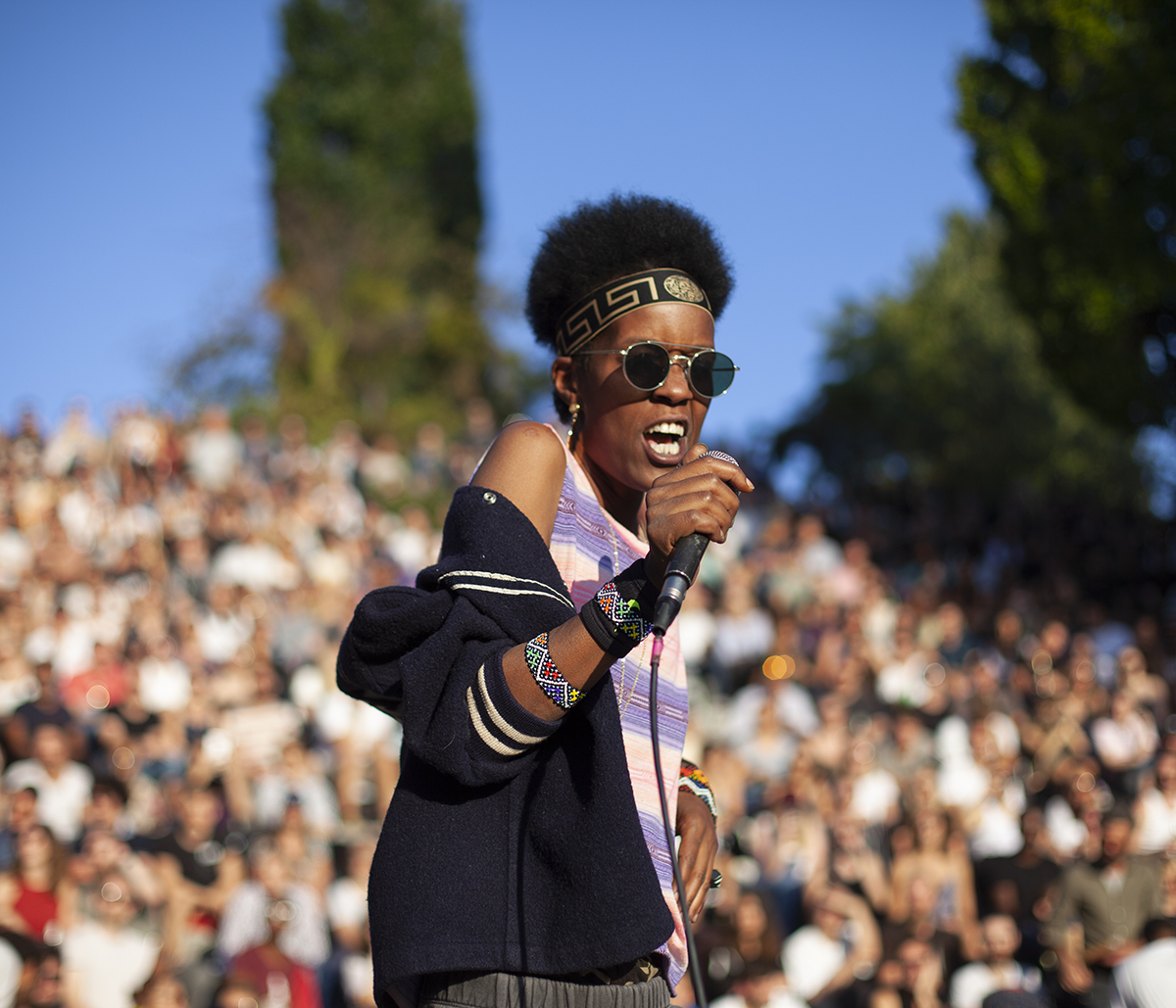 Where did you go on your last trip?
Helsinki! I would say bury me there but based on the price of booze I reckon there are probably cheaper places to get buried. Saunas, karaoke bars, strong cheap filter coffee everywhere. Lots to do. I have never felt bored in Helsinki, but then the longest I ever stayed there was four days. Looking forward to my next visit.

When was the last time you broke the law?
Running traffic lights on a bike while working as a courier. I generally get done for it a few times a year and it’s expensive because I’m classified as a Wiederholungstäter. This month I got pulled again; total buzz wrecker. Time before that was in June, but I reckon it wasn’t a clear-cut thing so for the first time ever I’m in the process of disputing a ticket.

What was the last great meal you ate?
Full English breakfast in Terry’s Cafe, London, in September. Mind-blowing bacon, great mushrooms, and I usually never eat mushrooms. Limitless tea refills too. Get in! Fun fact: another breakfast place across the road is called The Giggling Sausage.

If there was a movie made of your life, what song would play as the credits roll?
‘Farewell to Ireland’ as played on the banjo by Barney McKenna. It’s a fairly short song so the credits would have to be zipping up the screen unless you had a sly little segue into ‘Sun It Rises’ by Fleet Foxes.

Keep yourself abreast of the Bearpit  Karaoke dates and more at bearpitkaraoke.com 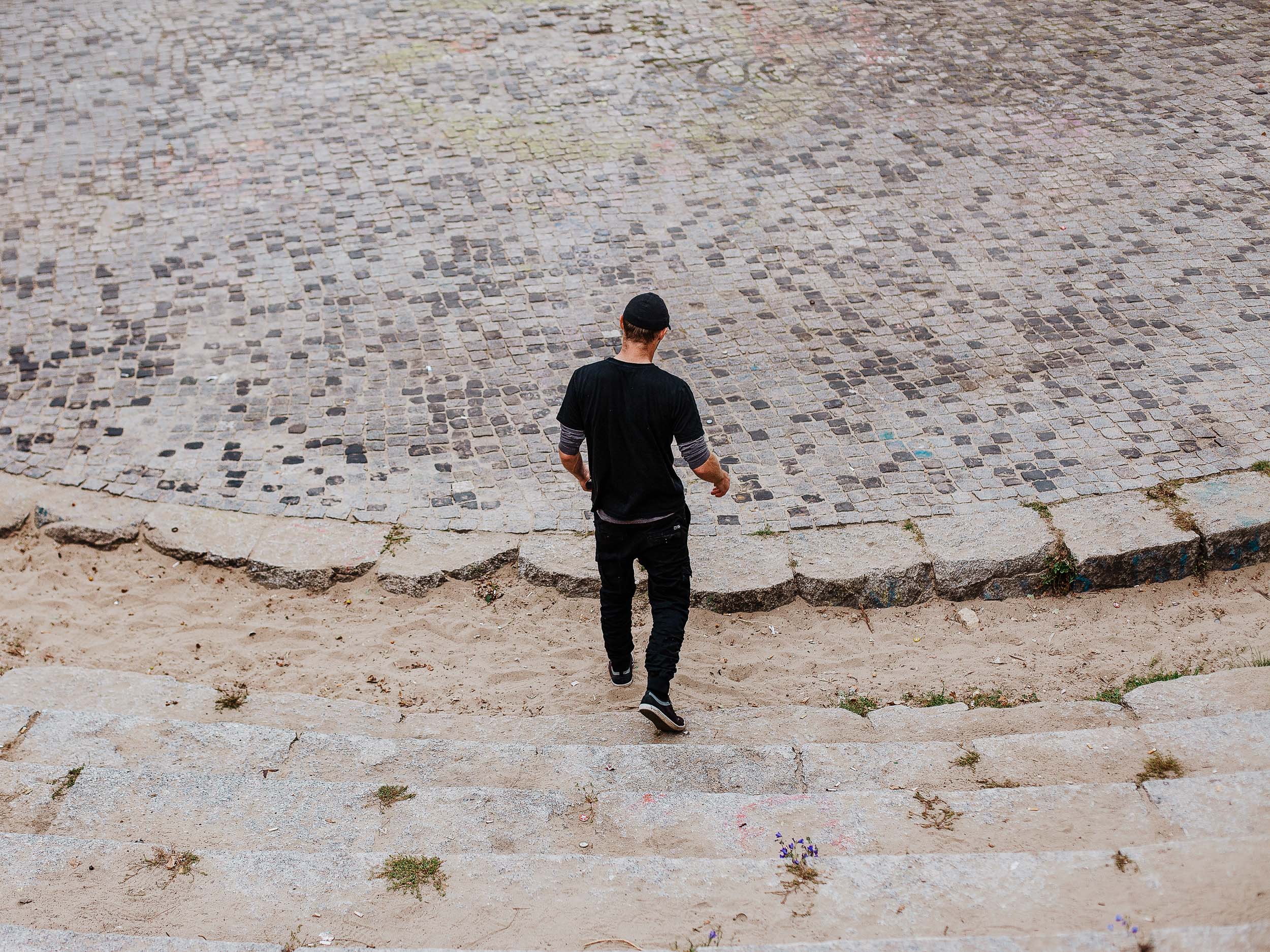