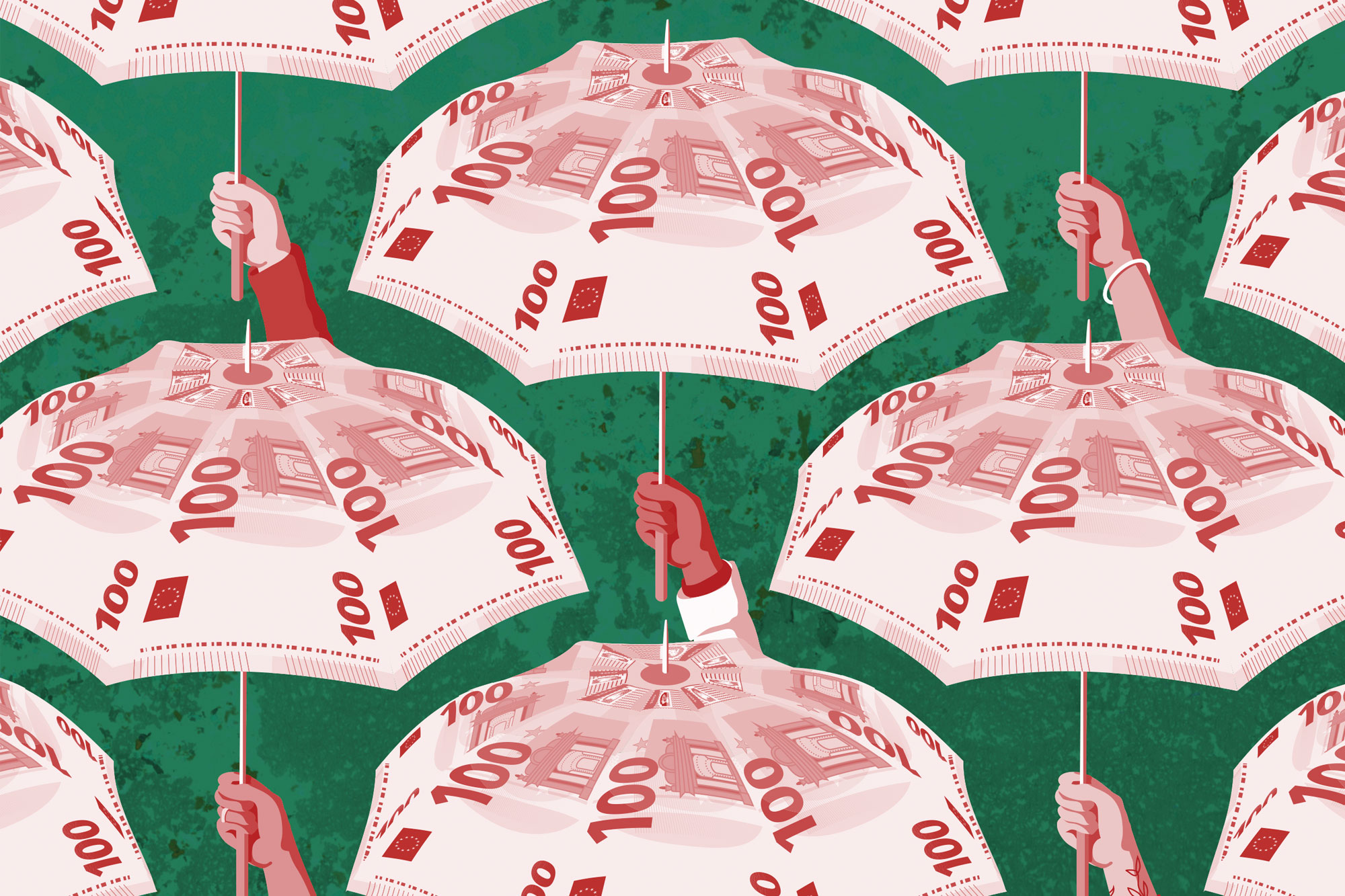 Words By Alex Rennie
Photos By Illustration by Andy Berry

COVID-19 has brought a whole range of socio-economic debates into sharp relief. One of those is universal basic income (UBI). Somewhat serendipitously, one Berlin non-profit is preparing to launch Germany’s first longitudinal study on this much mooted concept. With a goal to cut through rhetoric with hard data, the project could be poised to convince politicians and the public that UBI is the way forward for the country.

When Thomas More floated a proto-concept of UBI in his 16th century Utopia, little could he have imagined the 500-year debate he had just set in motion. Although More’s humanist UBI was devised to tackle poverty and theft, the concept’s core has remained the same. Nowadays, UBI is widely acknowledged as a non-means tested sum of money recurrently paid to every citizen, regardless of their income or employment status.

Mention UBI at the family dinner table and you’ll likely be served a three-course spread of arguments, both for and against – it’s an idea everyone seems to have an opinion on. The trouble is that these judgements are rarely based on facts. This problem is exactly what Mein Grundeinkommen has set out to solve. Founded in 2014 by Michael Bohmeyer, the non-profit is concerned with promoting UBI through education and research. Since its inception, Mein Grundeinkommen has crowdfunded enough cash to pay 689 people €1,000 per month for a whole year. It is now gearing up to launch a full-scale study into UBI – something that’s yet to be attempted in Europe.

I really like the thought of a society where people are not concerned with earning money, but instead with helping themselves and others.

Starting next spring, Pilotprojekt Grundeinkommen will start paying 122 people €1,200 every month for a period of three years. Their experiences will be compared with a control group of 1,380 people not receiving UBI. Since registration opened in August, the project has received over two million applications. To ensure that the study is scientifically sound, Mein Grundeinkommen has joined forces with researchers at the German Institute for Economic Research (DIW), the Max Planck Institute, and the University of Cologne.

It’s fair to say that this study is a substantial undertaking. Janine Busch, the project manager for the study, agrees. “It’s a really big project in terms of timeline, stakeholders, and complexity. To do something nobody’s ever done before was always going to be a challenge.” On top of juggling expected moving parts like timetables, personnel, and the media, COVID-19 threw a curveball. “We originally planned to launch in May, but then COVID came around. We couldn’t launch the website because some of our coders have children, so they had to take care of them.”

Aside from the logistical maelstrom, Janine believes that COVID-19 has changed the debate surrounding UBI. “For the first time, the question shifted from ‘What do we do if people become lazy and don’t want to work anymore?’ to ‘What happens if people aren’t allowed to work anymore?’ That’s a game changer. Now a lot of people who weren’t so into UBI pre-COVID are seeing it as a solution. For the first time, it seems to be a political option. Before it was always a utopia.” 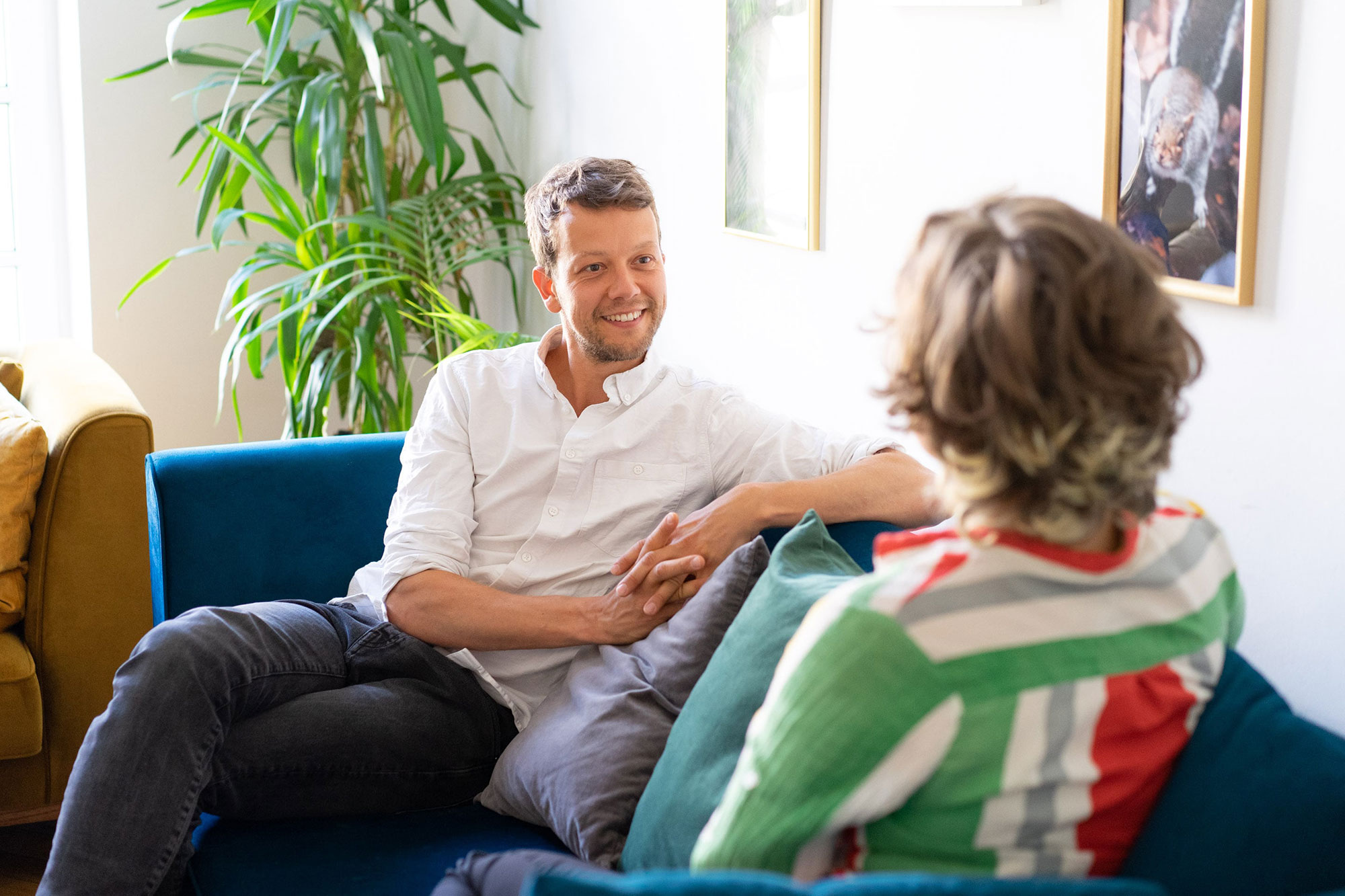 You can’t help but side with Janine when she refers to COVID-19 as the “hockey stick” that’s whacked us towards “finding solutions for the unexpected risks that will come in the future.” And although COVID-19 has been one unlikely catalyst, UBI was already becoming increasingly visible over the last decade.

There have been a few key events that have thrust UBI into the limelight, one of which is a Finnish pilot that ended in 2018 after it lost government funding. Janine cites this study to show how its German counterpart is significantly different. “In Finland, they also only looked at unemployed people, whereas for us it’s unconditional. If your job status changes, we’ll ask what happened, but we won’t stop paying the money, even if you become a millionaire!” Another key difference is the amount being paid. In Finland, recipients received €560 a month for two years. That’s not an awful lot of cash. Janine suggests that the €1,200 paid out by their study will give participants access to social participation on top of securing their livelihood.

This has been made possible entirely by private donors – 159,000 of them, to be precise. Janine points out that this is another one of the selling points of the project, as it won’t be dependent on elections. It also ensures that the study can remain as impartial as possible. “Though the average donation is €4.50, it’s important because UBI can only happen if the people are behind it. We’re super proud that we’ve already gathered so many donors. It legitimises the project.”

One such donor is Elena Schipfer, a Berlin-based student currently interning at the European Parliament in Brussels. Although she has regularly applied to Mein Grundeinkommen’s UBI scheme since 2015, she decided to start donating after hearing about the subsequent pilot project. Interestingly, it was receiving a student loan that awoke Elena to the benefits of an assured monthly income. “Before the loan, it was always a struggle. I had to borrow money from friends, and it was always a stretch to pay my rent. Finding the balance between work, study, and leisure was hard.” But after receiving her loan of €640 a month, she was able to take on internships without worrying about money. “I could finally see the practical consequences of this steady income flow. The experience made me support this project even more.”

So, what are the expected benefits of UBI, and what does the project want to accomplish? Elena’s hope is that it will reinforce the idea that UBI frees up space to both contribute and create. “I really like the thought of a society where people are not concerned with earning money, but instead with helping themselves and others.” Janine echoes this sentiment when discussing Mein Grundeinkommen’s stance on UBI. “For us, it’s one way to help us fight the biggest crises we’re facing. If we enable everyone to do what they think is important and stop doing meaningless jobs, we could move forward more quickly as a society and deal with the big problems that we’re facing.”

One of those problems is adapting to job displacement caused by increasing automation in the years ahead. “Every European country is dealing with digitalisation and trying to figure out the income question. UBI seems like the only future-proofed concept we have,” Janine says. In addition to alleviating the problems caused by work shortages, Janine believes UBI can address other issues, such as public health and environmental crises. By freeing up more time, people may become more conscientious and less stressed out. Reducing stress could also have a positive impact on healthcare systems and individual wellbeing, and thereby lower the costs associated with medicine.

For us, it’s one way to help us fight the biggest crises we’re facing.

The project plans to measure this through researchers decreasing the initial two million applicants to a group of 20,000 who will be sent an initial survey. These applicants will be reduced to the final shortlist of 2,000. Once payments have started, the only condition is that participants complete six further questionnaires over the course of three years. If participants fail to fill out a questionnaire, their payments will cease.

Janine adds that it was crucial to get research bodies on board and draw on their expertise when developing these questionnaires. “We are a non-profit – it feels like a start-up. Our approach is always trial and error. If something doesn’t work, we throw it away. They know what the right questions to ask are. They’ve looked at other studies where the concept or questionnaires were really good, so we have a gold standard to compare with at the end.”

Preaching to the converted is easy, but the real work is convincing UBI’s critics of its benefits. To do this, they’ll need to win over the Bundestag, which is why it’s vital to conduct a German study. “Our politicians will understand it better if we’ve researched Germans. Other studies have shown that people become healthier, happier, and more trusting of institutions. We want to reassure them that this is the same for German participants,” says Janine. Having the likes of DIW and Max Planck involved will only bolster the project.

Beyond the political arena, German opinion seems lukewarm when it comes to UBI. The 2016 European Social Survey into future welfare attitudes found Germany to have the second lowest level of support for UBI in Western Europe. Only Switzerland had less, its citizens having comprehensively voted against UBI in the only national referendum on the policy to date.

Elena feels that this attitude could be a major blocker. “I think a large part of the reason why UBI is still at the point where it’s at is because you’re only a good person in Germany if you work. The funny thing is, it doesn’t even matter what you do. Someone could be a hedge fund manager and people will like them better than someone dependent on government funds.” The fear is that instead of rewarding diligent workers, UBI will bring about a kind of societal slobification. This is a common criticism levelled at the policy. “The idea is that people become lazy if they don’t have to struggle for their income. Other experiments have proven that people definitely don’t become lazy, so scientifically we’re pretty sure about this,” explains Janine.

Unlike a start-up, our exit plan isn’t to sell the organisation.

Figuring out who foots the bill is another favourite chide of those opposed to UBI. Although the pilot study isn’t intended to make an economic case for UBI, Janine maintains that it’s a misconception to think that it’s paid for with “additional money.” Instead, it would be necessary for the government to reassess taxation and expenditure. The response to COVID-19 provides another potential counter. Could Germany’s commitment to fronting employees’ lost wages through Kurzarbeit payments make a case for UBI? “It shows that funds can be made available,” says Janine. “But it also shows how crazy the system is. With Kurzarbeit you support companies like Volkswagen and Lufthansa that don’t necessarily pay all their taxes in Germany instead of giving the money to the people who need it.”

Although it’s too early to go into detail, Janine says that the project has attracted a broad range of applicants, including many who aren’t pro-UBI. Given the scorn, this can only be a good thing. But above all, the results will have to do the talking and Janine and her colleagues are committed to staying as neutral as possible. “Unlike a start-up, our exit plan isn’t to sell the organisation. It’d be to close it down because we’ve made our point that UBI works. Or, if we find out UBI is totally crap and does more harm than good, we’ll try something else. We’re really results orientated.” This might be the first time this year we’ve wished for a positive result.