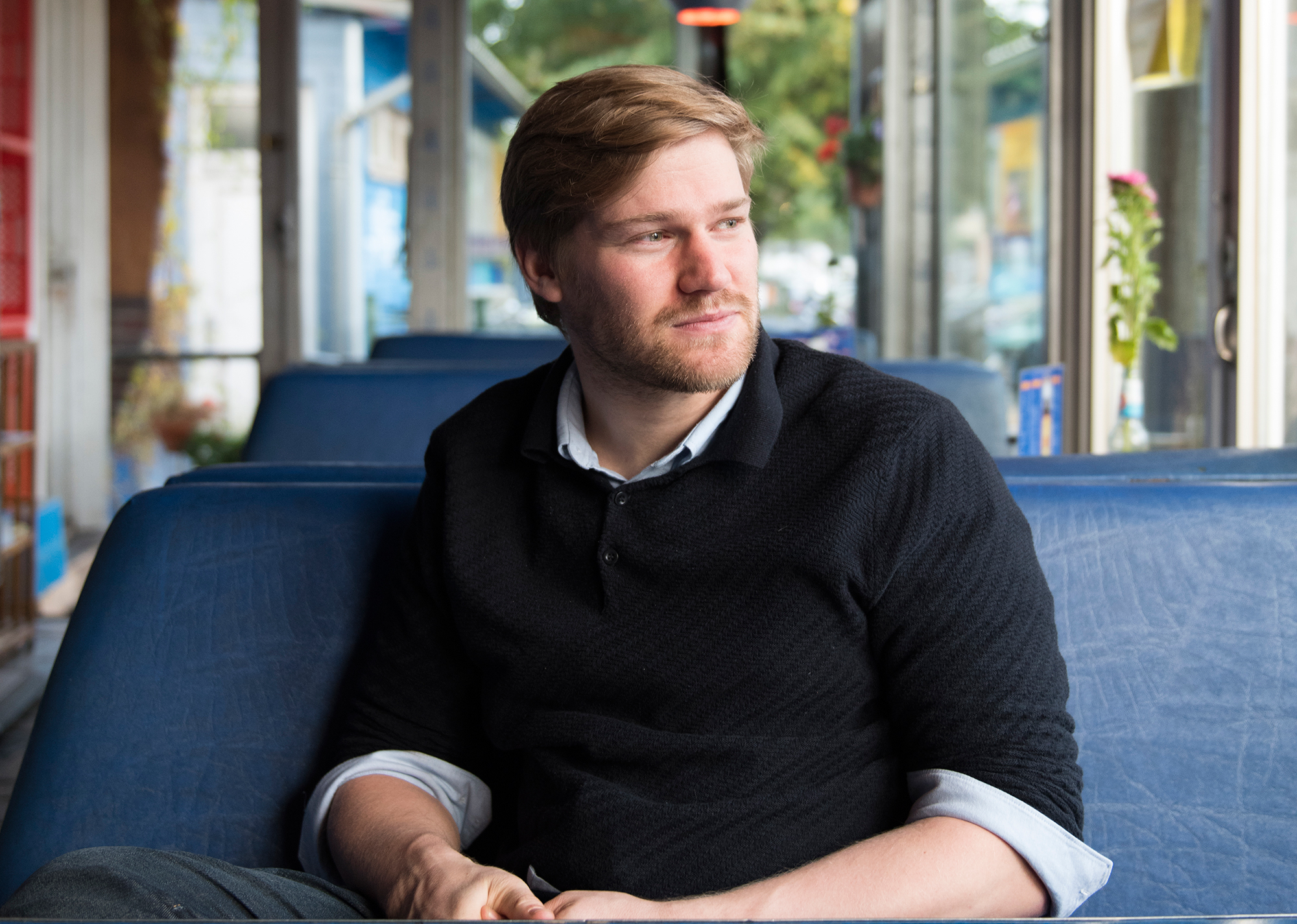 “Wait, are you Shahak Shapira?” Someone stops and asks as we’re about to enter Neukölln’s Ankerklause with the Israeli–German artist, who has received much acclaim for his subversive and often satirical projects.

Shahak has worked hard over the last three years to become the internet and media sensation he is today. As we talk, he speaks candidly about his long list of professional accomplishments, which include bestselling books, viral videos, art, political work, advertising, and music. The next step on his career ladder? Stand-up comedy. 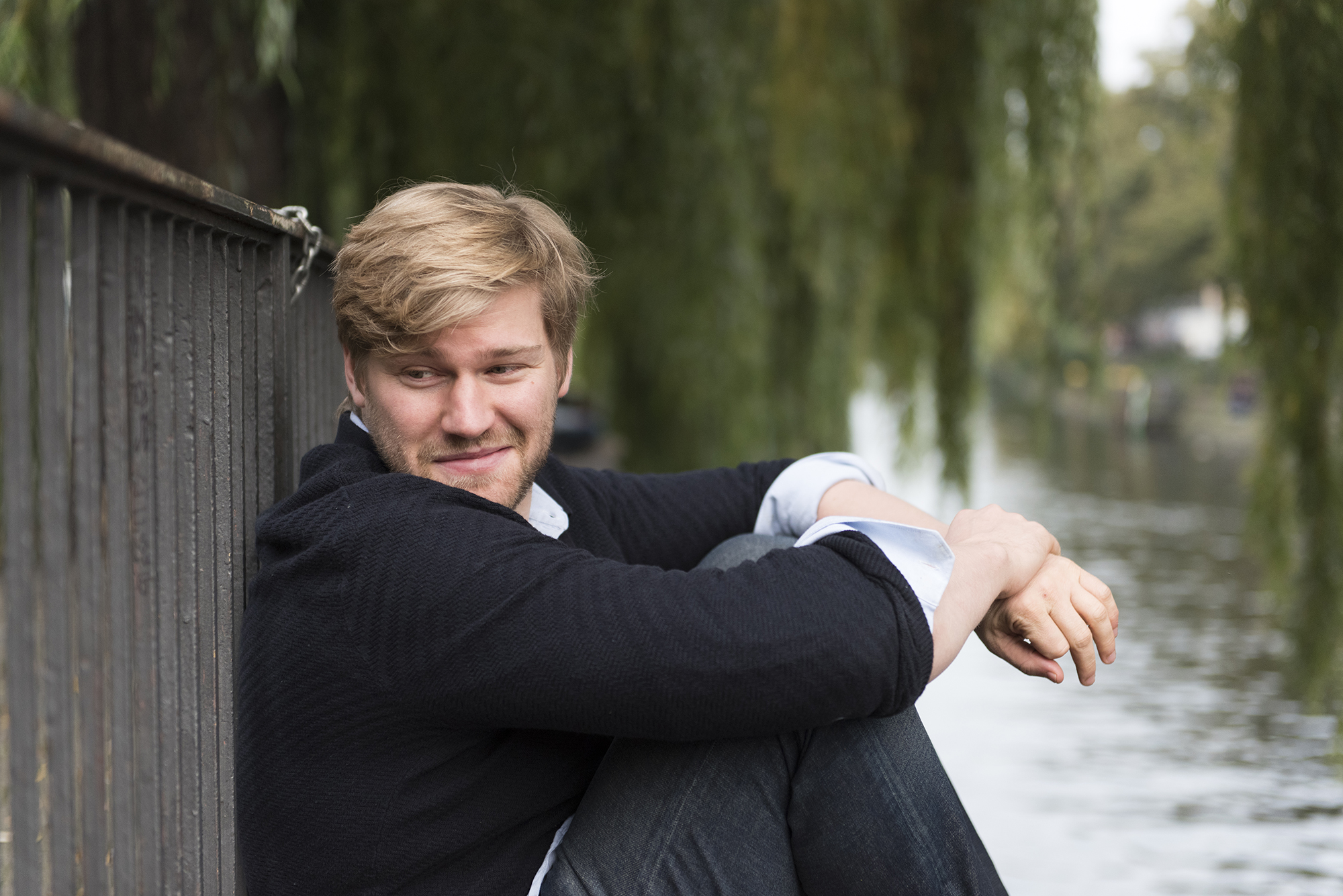 You came from Israel to Germany when you were a teenager and moved to Laucha an der Unstrut, where the right-wing extremist party NPD earned 13.55% in 2009. How would you describe Laucha at that time? It’s a shithole in the East and it’s full of Nazis. I guess that’s the way you’d sum it up for some, but it wouldn’t be entirely true. Not all of them were neo-Nazis. And some of them were but didn’t think they were. You know, it’s complicated nowadays, you can’t call anybody a Nazi anymore. Because then they’re like: “I’m not a Nazi. I’m just alt-right. I just hate foreigners. You’re a Nazi!” [Laughs] Let’s say it was interesting on many levels.

You wrote a book about your experiences and, in response, some newspapers started calling you “the new Jewish voice in Germany.” What do you think of that? I fucking hated that. I’m not Jewish, I’m of Jewish heritage. Judaism is not only a religion, it’s also an ethnic thing. And I became a Jew in Germany, ironically. Because neo-Nazis and crazy Islamists hit me, insulted me or spat on me. They made me the Jew. And at that point I took it and said: “Fuck you, of course I’m Jewish!” Then I got to be a z-list celebrity and I noticed that you can’t even make jokes about it. Because as soon you make one joke about being a Jew you’re “the Jew.” The Jew that talks about Jewish stuff all day and then all they ask you to do are documentaries about anti-semitism, or they make you read hateful tweets. I fucking hate that. I’ve been semi-successful at getting rid of it. When I did the Yolocaust project, people were denouncing me as a Jewish artist and then with my following projects that disappeared. I was actually recognised for my work, and not for being a Jewish artist. Whatever the fuck that means. 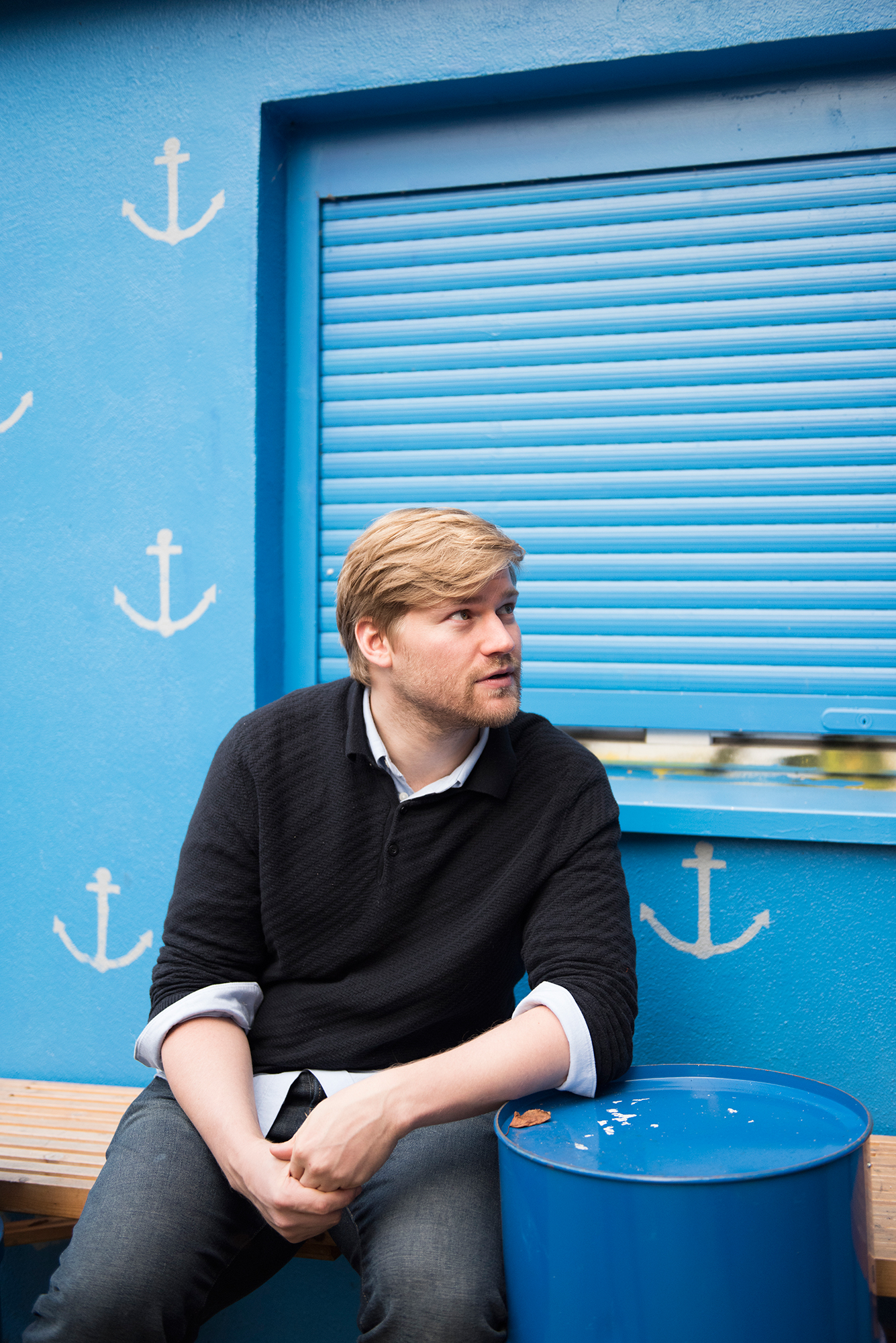 In Yolocaust you edited tourist selfies taken at the Holocaust memorial to look like they were taken at concentration camps. It received a lot of feedback in the media; were you impressed by the attention it got? That was pretty cool, but it sets the bar really high. When you get a taste of international success, it makes everything else boring; it makes Germany boring. Every time you get a taste of success it’s a big thing. That’s why people make complete fools out of themselves on TV, just to get a little bit of that. They eat worms and show their tits and penises just to get attention.

Why is it always about minorities? They suffer enough. Let’s make fun of old white dudes.

Besides all the media interest and a lot of positive comments, you’ve faced a lot of criticism and abuse. Which of the two counts more for you? Well, I should be glad about positive comments, but being the person that I am, I always pick the negative ones and focus on them. I don’t want to. I’m just like that. I get a tremendous amount of shit every day and lately I’ve been wondering why the fuck I am doing it. It’s not that I post stuff on Twitter and Facebook to make people feel bad. I just try to tell some jokes and that’s it. There’s always a balance to be struck: is it worth getting all the shit you get? Is it worth the people who keep sending you emails, who have your private address and phone number, even though it’s not even on the internet? Or your mum’s address, and they’re threatening to hurt your family? It’s a very thin line, but that’s why I’m not showing my tits on TV. I have other options. I don’t have to do this. It’s for fun right now. I could always go back to advertising. 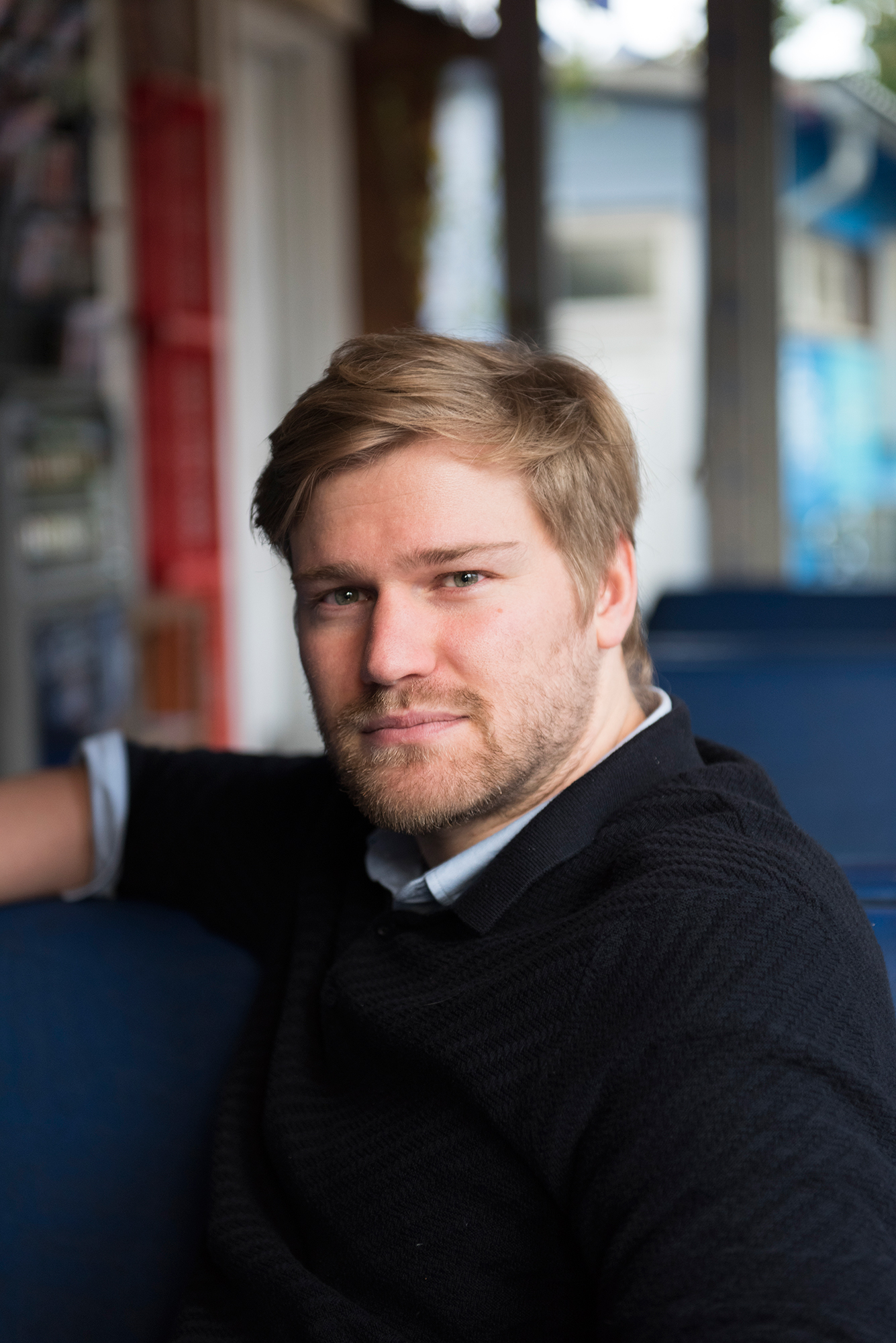 Talk us through your use of humour. There are different ways to use it. I guess it’s more defensive than offensive. Nobody makes fun of me the way I do. I’m the best at making fun of myself. After I told all the jokes about myself, nobody can come and insult me, because how can you insult someone who is already insulting himself?

Humour helps sometimes, but it’s tough, you always need to have a distance from yourself. When people get into your head, it’s very hard to make fun of yourself because you’re hurting. I guess the secret to humour is in many ways a distance between you and the subject. Whether it’s you that’s the subject or, say, the Middle East conflict, you need to posses a certain nihilism to make fun of something. If you’re too emotionally involved, you’re not funny anymore – unless it’s ridiculous stuff. You can get totally emotional about stuff that is completely ridiculous, like coriander. I fucking hate coriander. It’s worse than Hitler.

You’re going on a big comedy tour in 2018 with German Humor. Do you see yourself as part of the German comedy scene? I’m a comedian, but I hope I’m not a part of the comedy scene. [Laughs] It’s difficult right now, I’ve been having a hard time writing jokes. The issue is that I know maybe two comedians who I think are actually funny in Germany: Till Reiners and Moritz Neumeier. All my idols in comedy are from the States and they’re all really good. For comedy you need to be on stage for 10 or 15 years to be good. I actually think comedians in Germany are lazy. I don’t know any comedian here who has been on stage for that amount of time without doing the same thing over and over again. Maybe I just don’t know the right people, but all the people who fill arenas have been doing the same thing for years. They’re not bad comedians, they’re just lazy comedians. They don’t need to write a new programme every year, which prevents them from evolving.

I’m trying to find my thing. And I don’t want my thing to be too… thing-y.

How do you think the German comedy scene differs from America’s? In German comedy you have two types of comedians: the clowns like Otto or Mario Barth; they tell jokes. And then you have the complete opposite, the teachers. They teach you stuff like they’re your dad, but it’s patronising. The cabaret show Die Anstalt or the comedian Volker Pisbers are examples.

What I like about American comedy is that it’s wrong. Dave Chapelle is wrong, he says things that are wrong. Deliberately! He knows that they’re wrong and the crowd knows they’re wrong as well. I think that is one of the biggest gifts of comedy, that it takes you to different places, places you wouldn’t go yourself. Why would you need me if I told you things that you could come up with yourself? It’s fucking hard to do that. It’s really hard to avoid Jew jokes too, but I don’t want to be a Jewish comedian. 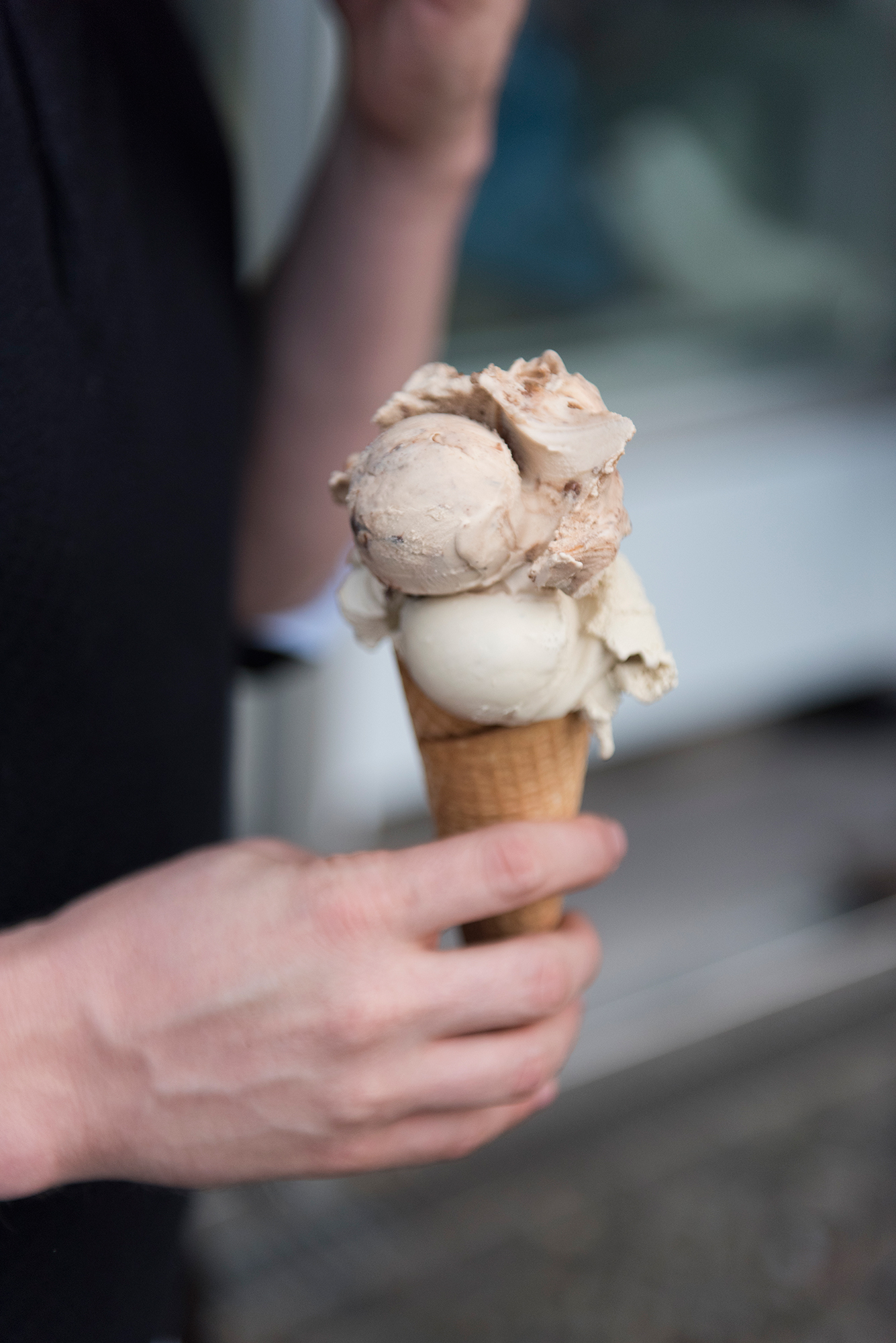 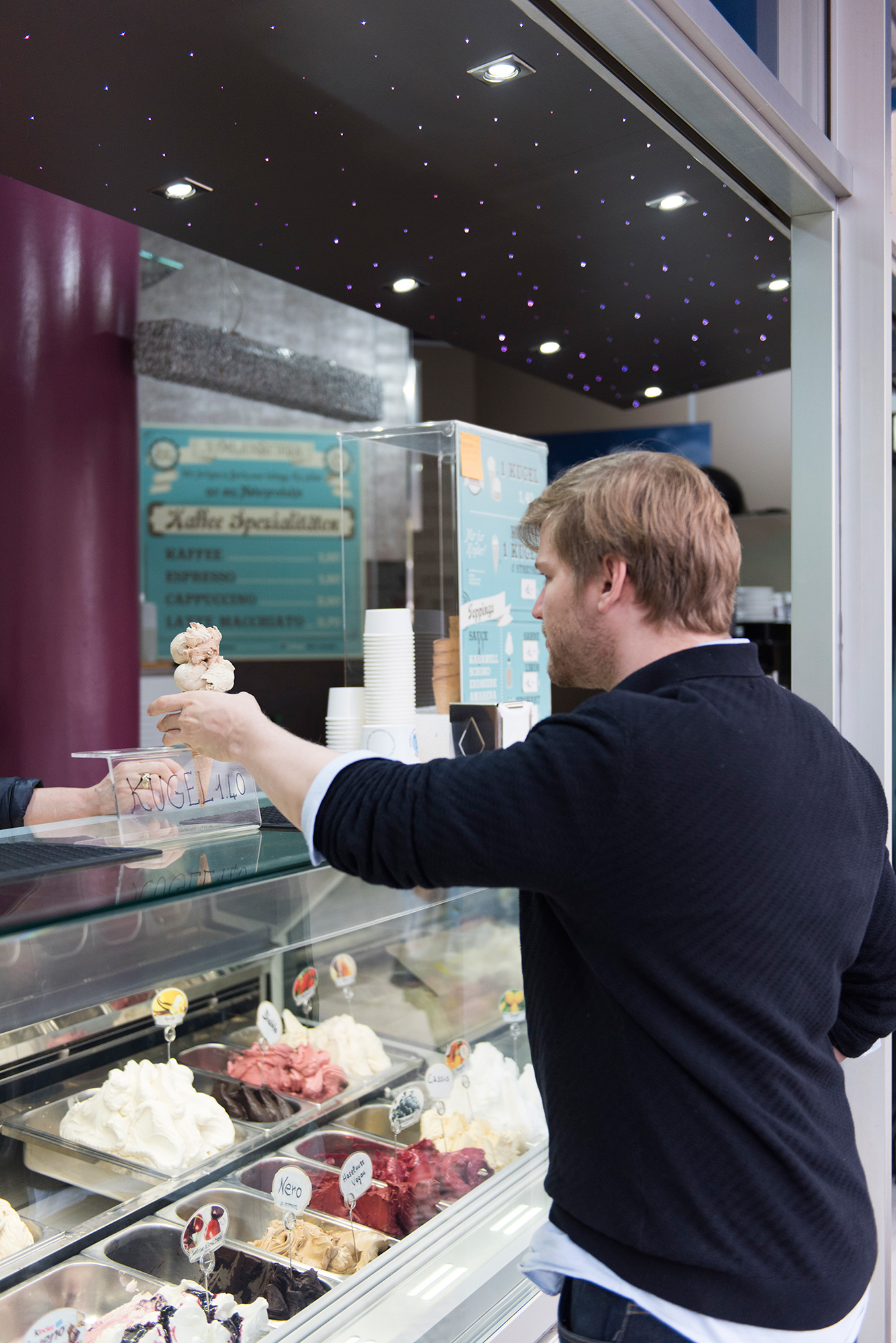 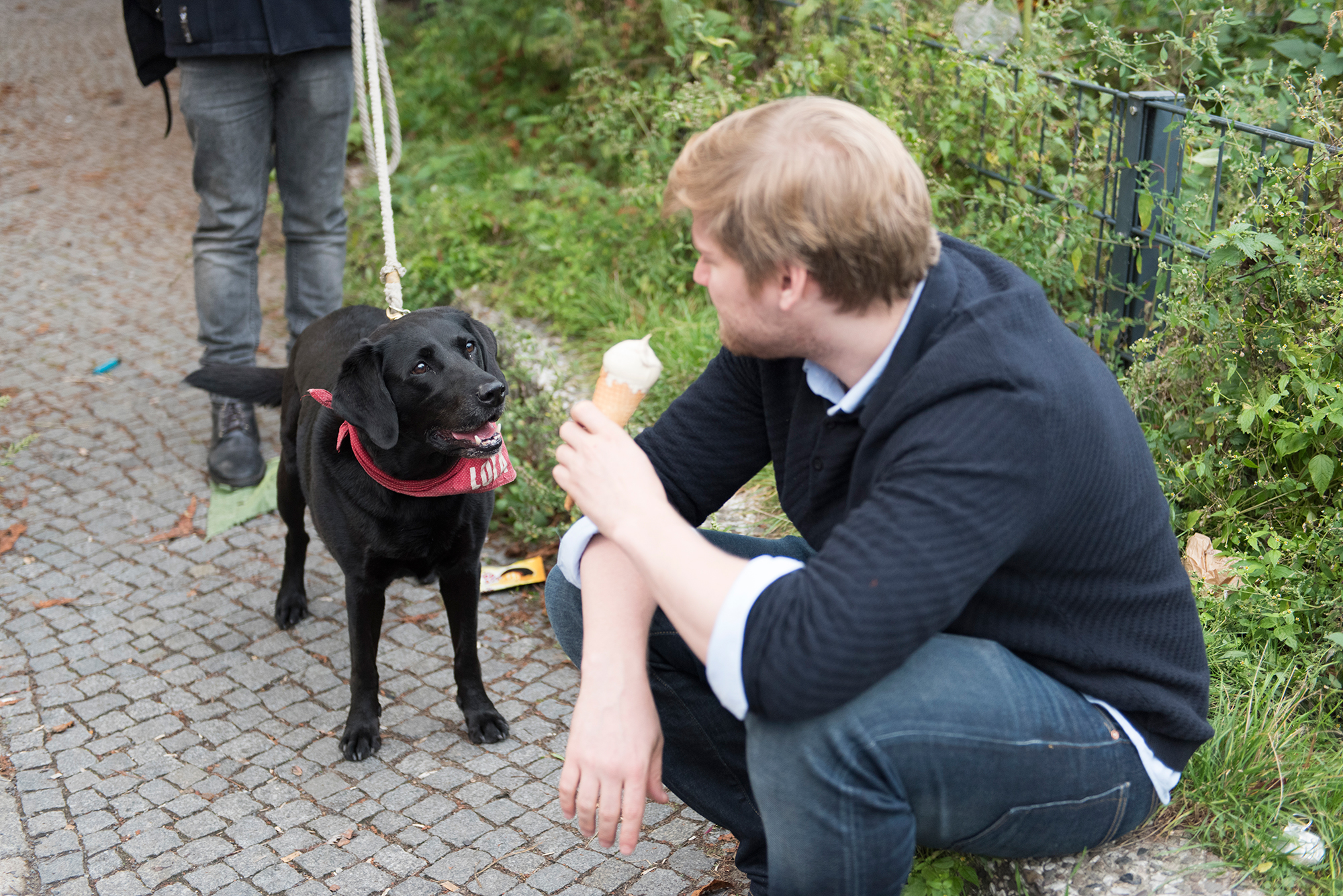 When making fun of different ethnicities or religions, there’s a thin line between being good at it and just being insulting. When do you cross that line? A friend of mine, Serdar Somuncu, said a few years ago that every minority has the right to be discriminated against. This type of comedy is not new. It’s a legit thing to do, but everybody does it now. I’m more interested in making fun of majorities. I didn’t think that way before, it’s just a thought that came to me a few weeks ago. I see a lot of comedians who have this list of different groups they want to make fun of. They think: “I’m so good at insulting people,” but they’re not, because they’re not doing it with love. You need to take your time if you really want to insult someone. You can’t just go like: now that we’re done with the blacks we’re going to go to the Jews. It’s not funny anymore. And why should the majorities get away? Why is it always about minorities? They suffer enough. Let’s make fun of old white dudes.

After I told all the jokes about myself, nobody can come and insult me, because how can you insult someone who is already insulting himself? 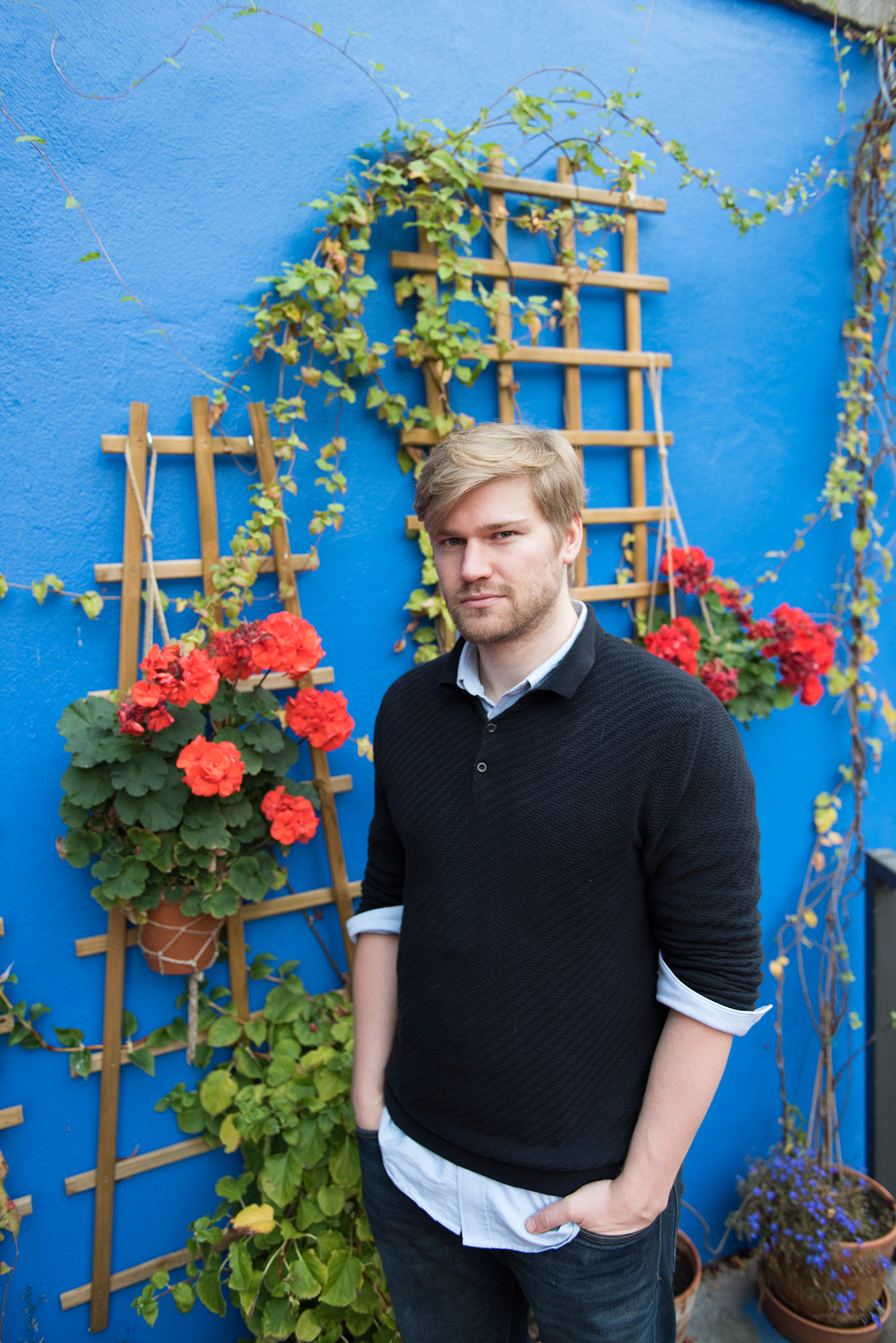 Do you feel under pressure to find your own way in comedy? I’m trying my best. My problem is that it’s very hard to do all the things I do and not confuse people completely. I did this Twitter project, for example, but then I also do stand-up comedy. Who does that? It’s not very common in show business. They usually have one type of thing. I’m very funny on Facebook, I know that. And I’ve been writing comedy for years, because writing advertisements is not very different. I could do a TV show now and I could write sketches, that could work. But that would be easier for me than to be a really good stand-up comedian. I guess I still need to show people that I can do real comedy. Maybe I can’t, maybe I will be a shitty comedian.

I doubt that. So what are your plans for the future? I want to be a comedian but that’s not the only thing I want to be. That’s the problem: I’m really jealous of people who know what they want to be. Even if it’s completely fucking impossible, especially for them, at least they know they have this one thing and they might fail but they still go for it.

I hope I’ll get a TV show soon. But it takes a lot of time. I have a TED talk coming up. And I guess I’d like to make a bit more music. I want to be a rapper. Like Romano. [Laughs] I’m a big fan. He’s one of the few interesting people in German music at the moment. Maybe I will collaborate with him one day.

Follow Shahak and get more details about his German Humor show on Facebook. Catch him doing stand-up in English on September 3rd. 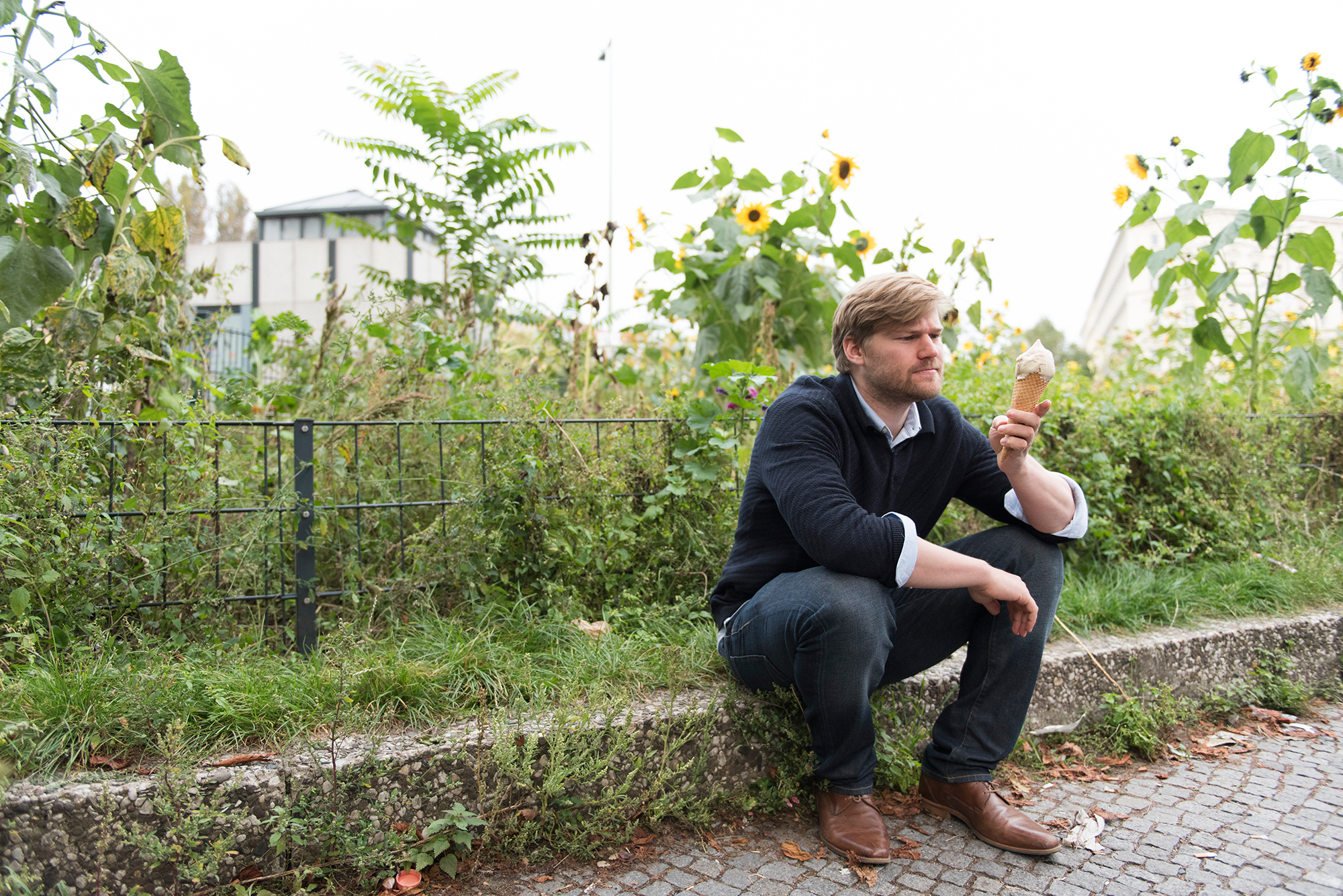