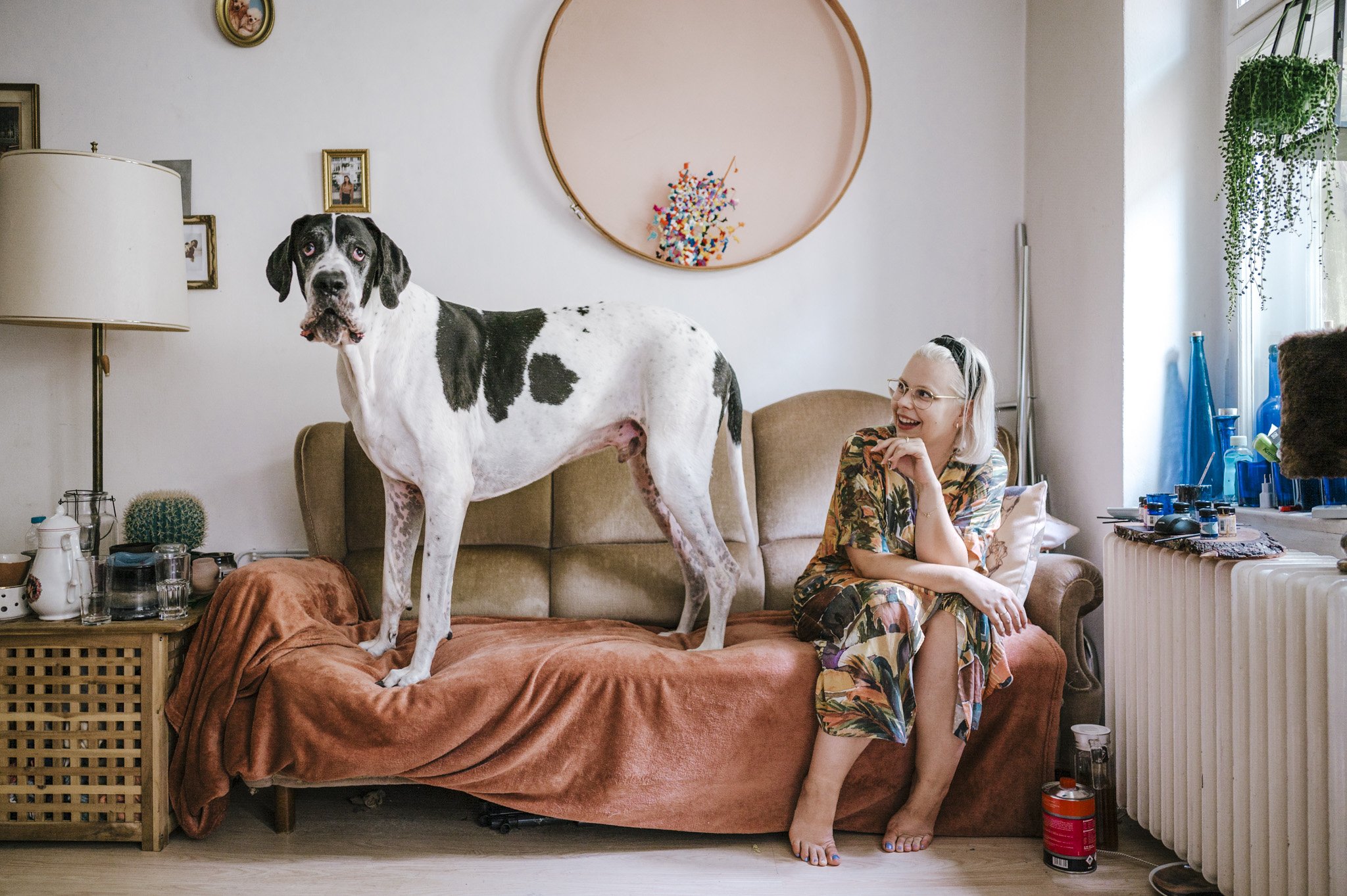 In our new feature, we celebrate the dogs of Berlin and the wonderful stories that they all have. Berliners are famous for their love of dogs, and Kamile Majcher of Very Ugly Plates is no exception. She is the proud dog mom of Ciapek, a Great Dane who has a personality as big as he is.

How did you and Ciapek meet?
He was actually my brother’s dog. He got him as a puppy, but after a year and a half he couldn’t take care of him anymore and wanted to give him away. I said “No fucking way, I’m going to take him.” At first it was a little tricky because at that time I lived in a really small room and couldn’t have a dog. I had to find an apartment within two weeks. It was a nightmare, but luckily I found a place and took him in.

What was he like as a puppy?
Even as a puppy he was 80 kilos! It was difficult because he would play really rough and I was always covered in bruises. He also needed tons of attention. But we figured it out and now we’re best friends. 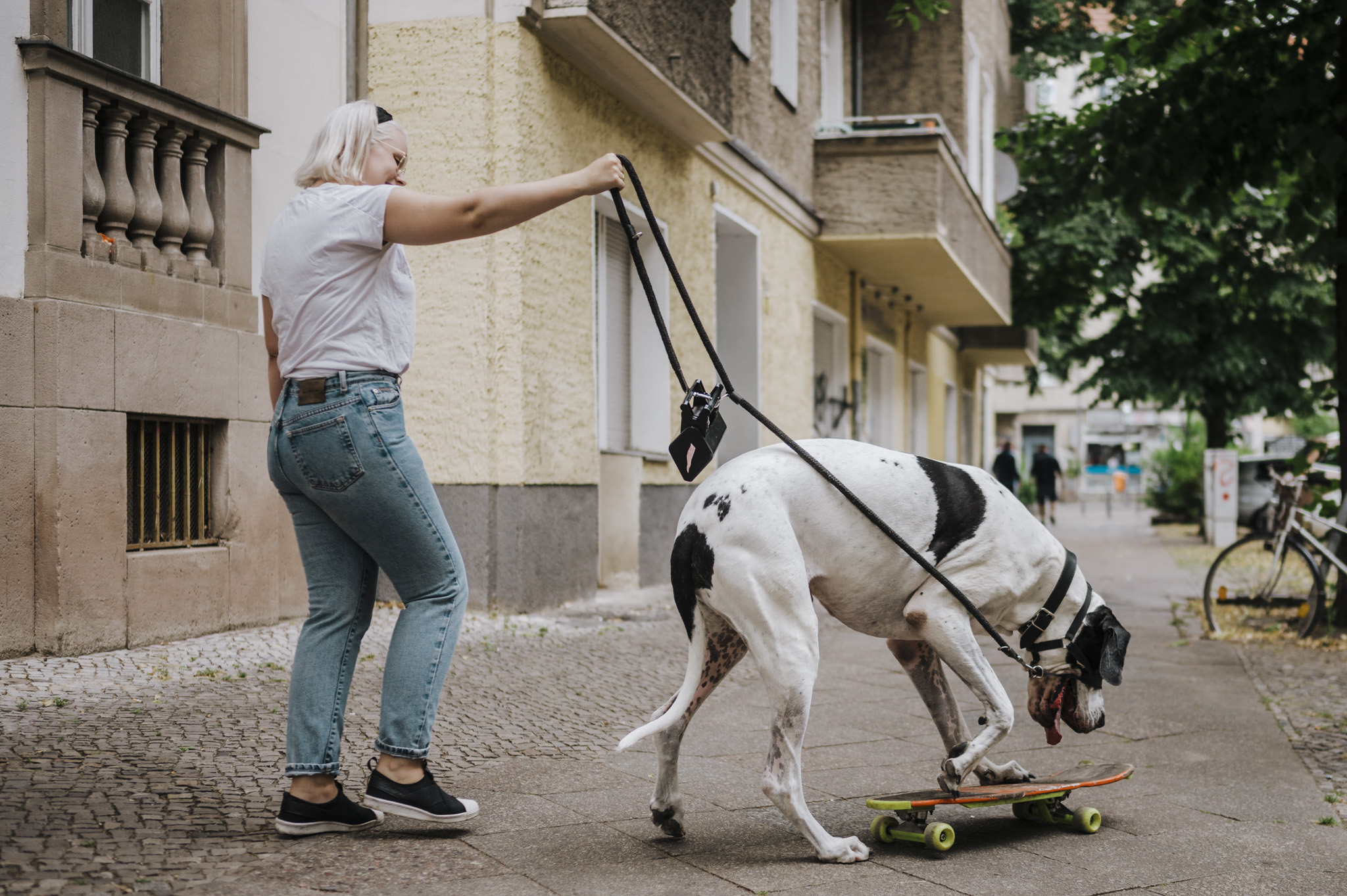 When is his birthday and how do you celebrate?
It’s on Valentine’s Day. He loves balloons, so last year I bought around 200 and put them in my hallway. I just let him run through them and he was so happy!

What else does he love to do?
He loves the seaside, especially the sand. Every September I take him to the beach. He’s just so happy there. And he loves to watch TV, especially shows about animals. He also loves to skateboard!

Does he have any funny habits?
In the beginning he used to wake me up with a slap on my face every day. Luckily, he’s more gentle now and always comes for a morning cuddle. The one thing is that he gets super jealous. The last time I tried to go on a date, Ciapek was really angry at me for a few days. 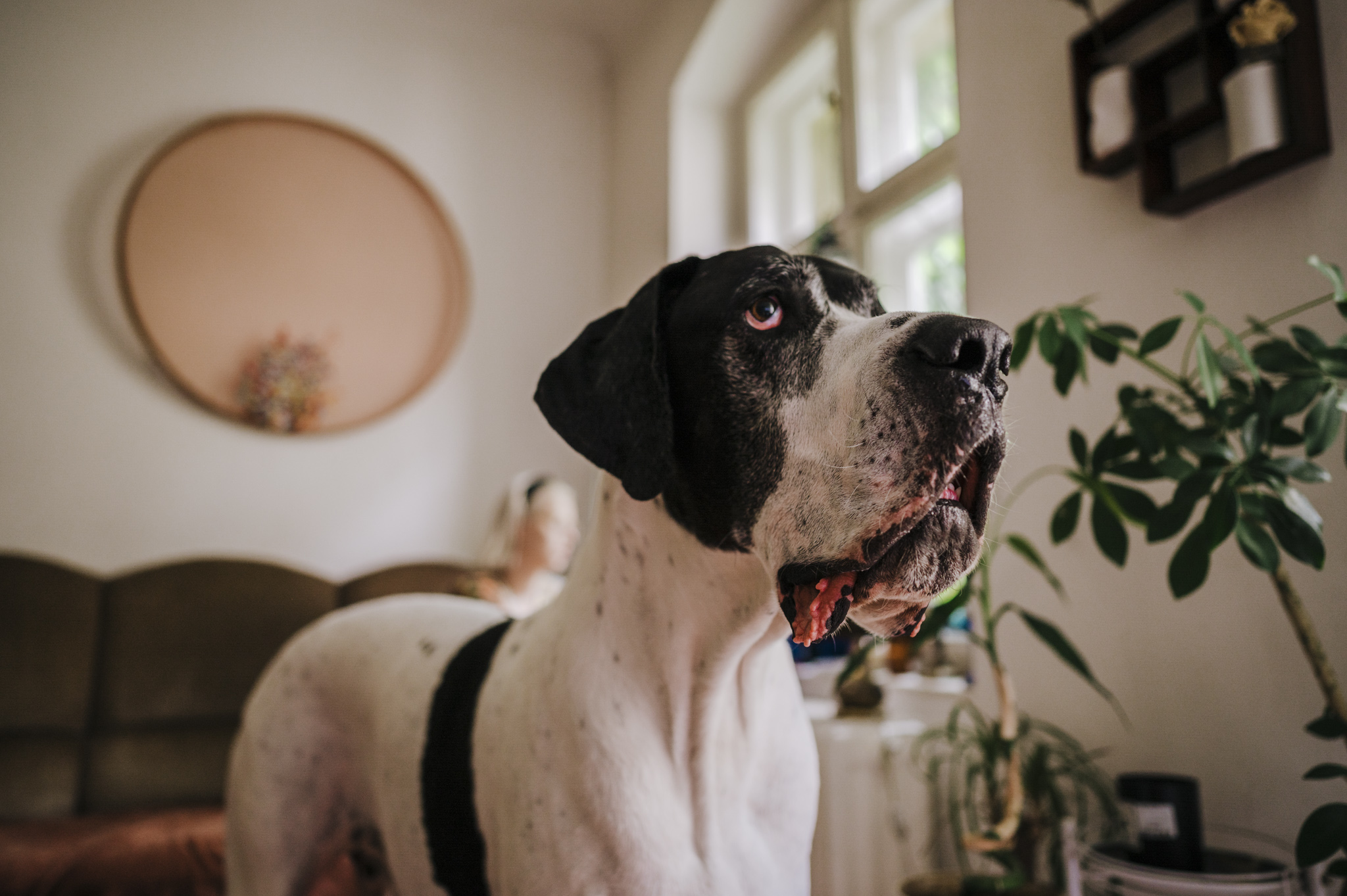 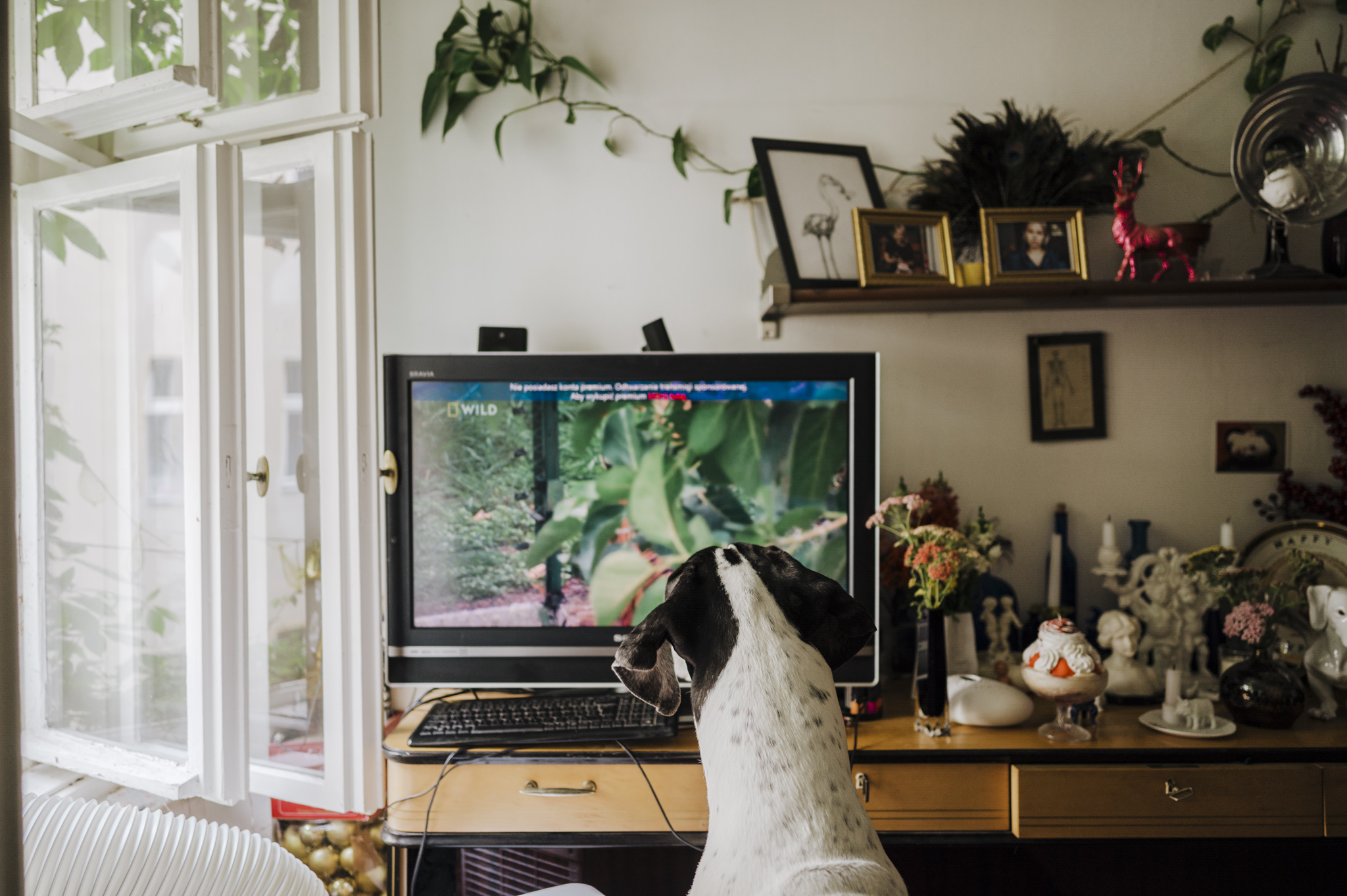 Twenty times a day I’ll hear people ask, “Is he a cow or a horse?” It’s really annoying. 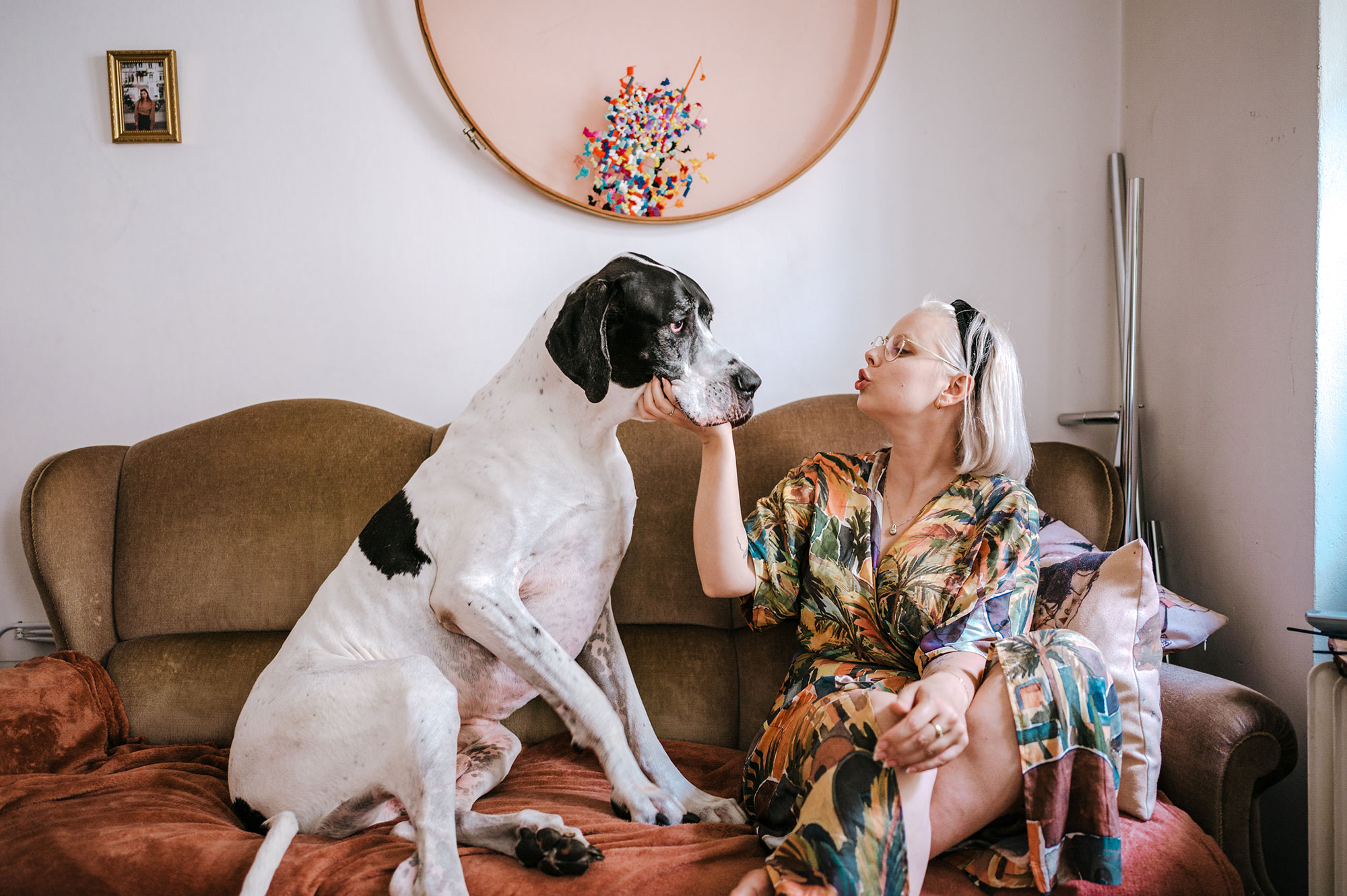 What are people’s reactions to him on the street?
Twenty times a day I’ll hear people ask, “Is he a cow or a horse?” It’s really annoying. Some people are afraid, which I actually like because they just get out of my way. He doesn’t like other dogs, so every time I walk him I have to be really careful. I’m always trying to spot dogs before he does. He especially hates Golden Retrievers. He does like some dogs, though. His best friend is a Rhodesian Ridgeback in the neighbourhood who is also pretty big. They both play really roughly. My friend says that they’re like two hooligans ruling the hood.

What does he eat?
When he was a puppy he ate 1kg of rice and 1kg of horse meat a day. Now he doesn’t eat that much. I buy 24kg of food per month. It’s a little bit problematic because he’s allergic to almost everything. Right now he’s eating ostrich or kangaroo with potatoes, and sometimes truffle butter. He’s super spoiled.

How has he improved your life?
I was so ready to have a dog when I got him and he’s brought so much happiness into my life. He’s the love of my life and he’s my best friend. We’re a good match. 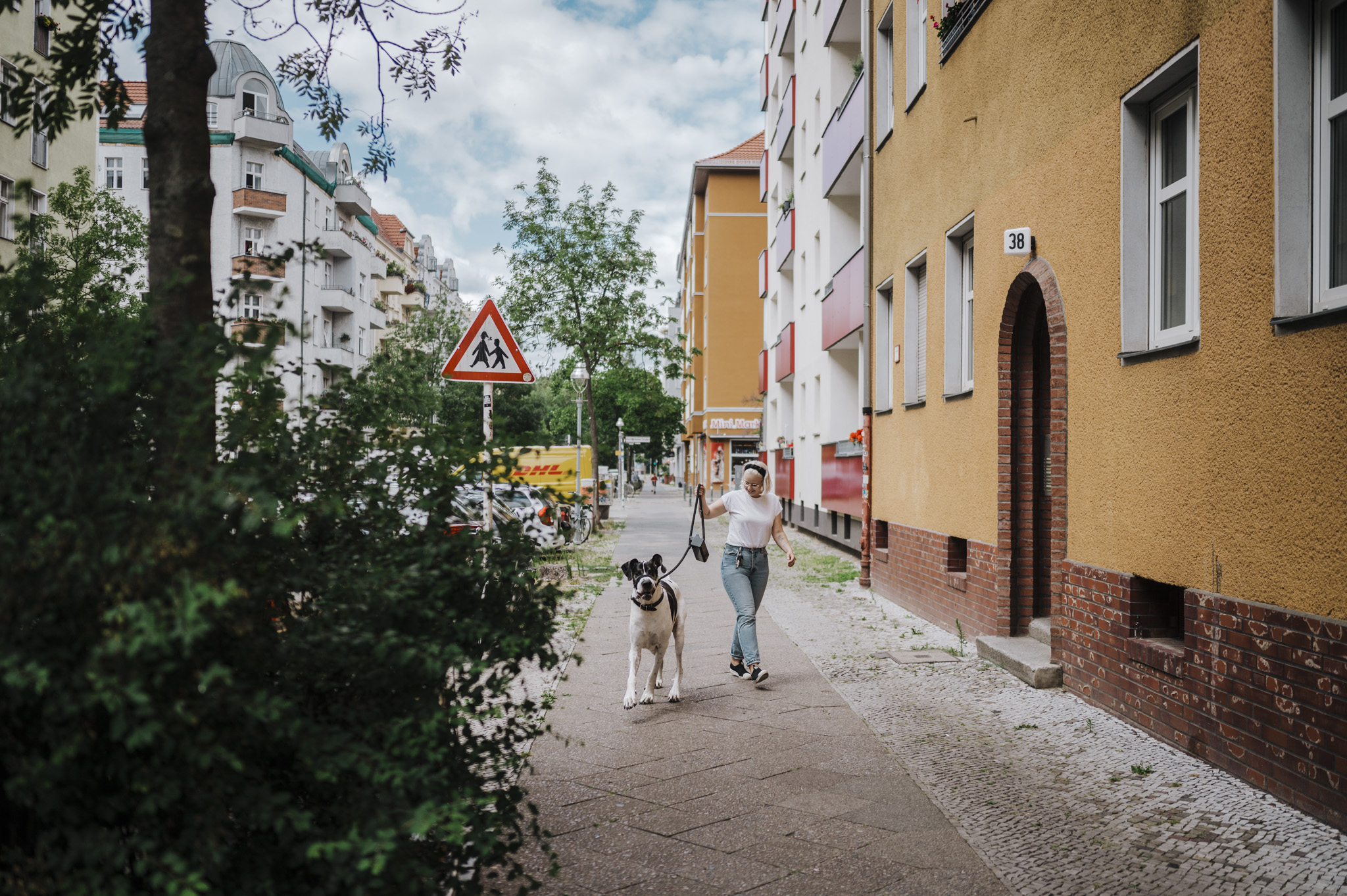