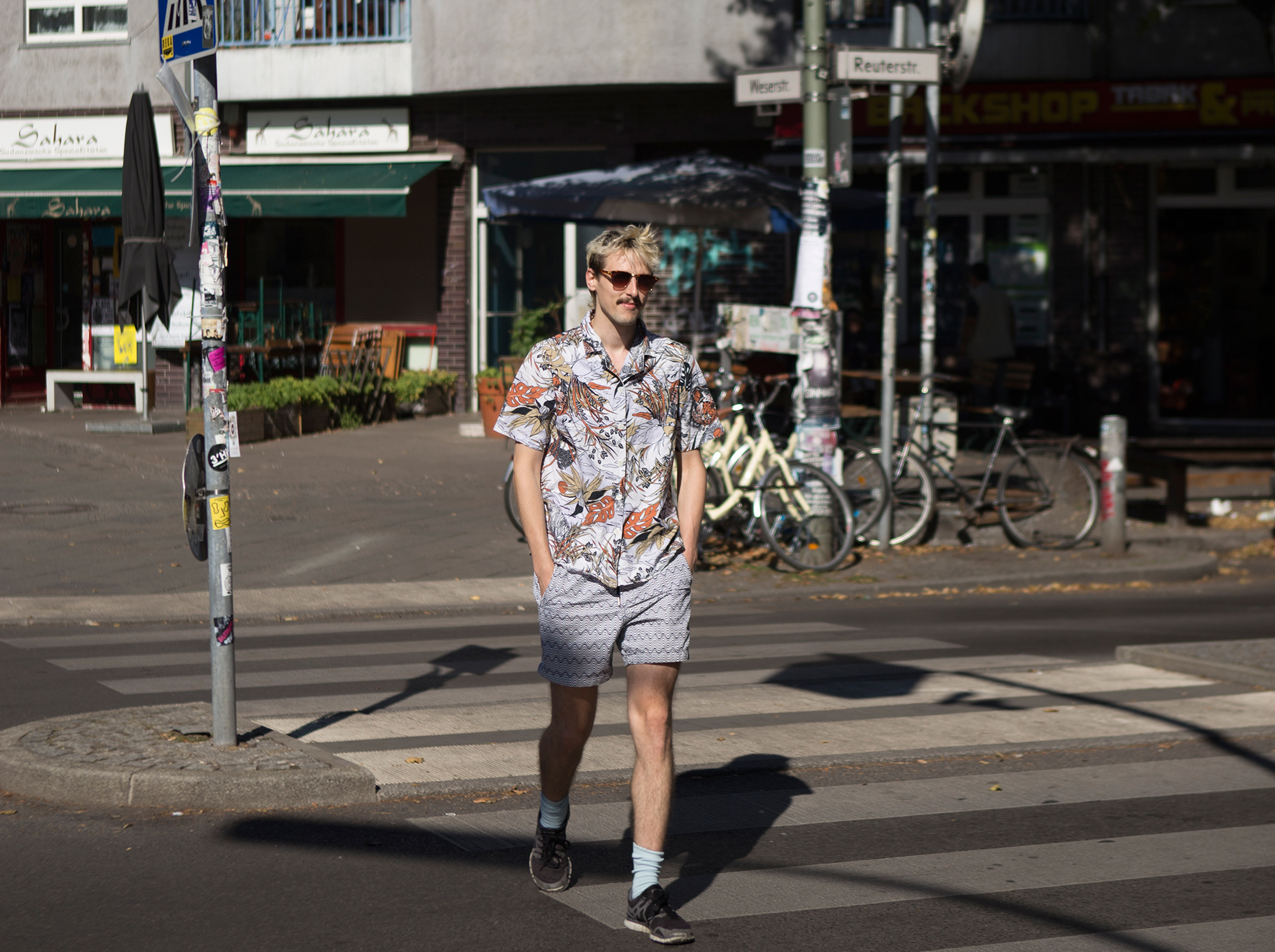 The elections are looming; the city covered in campaign posters that range from the stern and straight-faced, to Grumpy Cat. In the midst of all this, the team at Radio Spätkauf – Berlin’s local news show in English – got hands-on with their reporting. Delving deep into the process, they decided to try and make team member Jöran Mandik an independent candidate for electorate Neukölln 1 in the direct vote for the Abgeordnetenhaus.

We met with Jörie on a warm and bright Friday morning with Neukölln buzzing around us, expecting to find a journalist proud of a project well done, but we found a man with a deeper connection to his community, freshly fired up about issues facing the city. 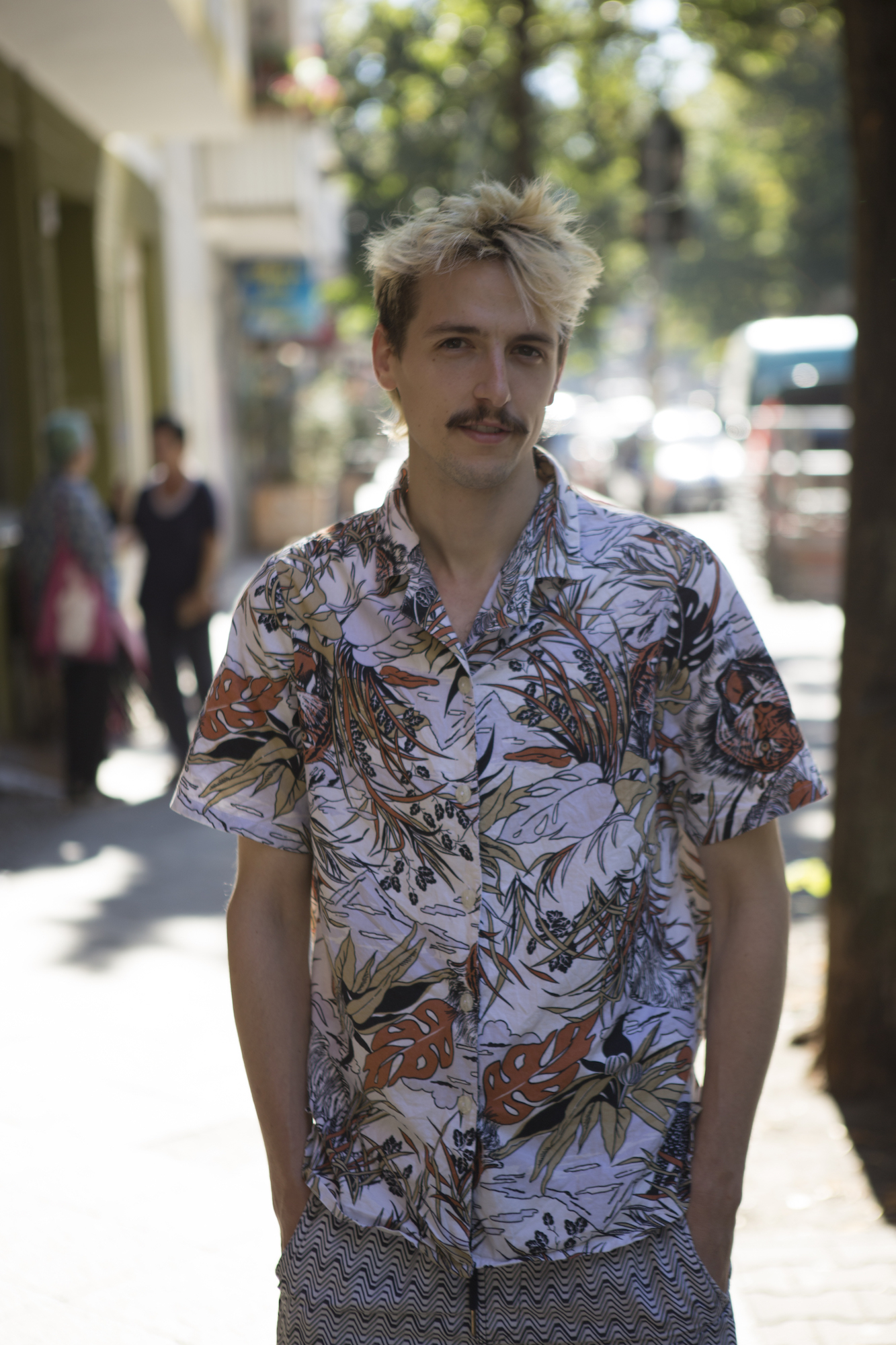 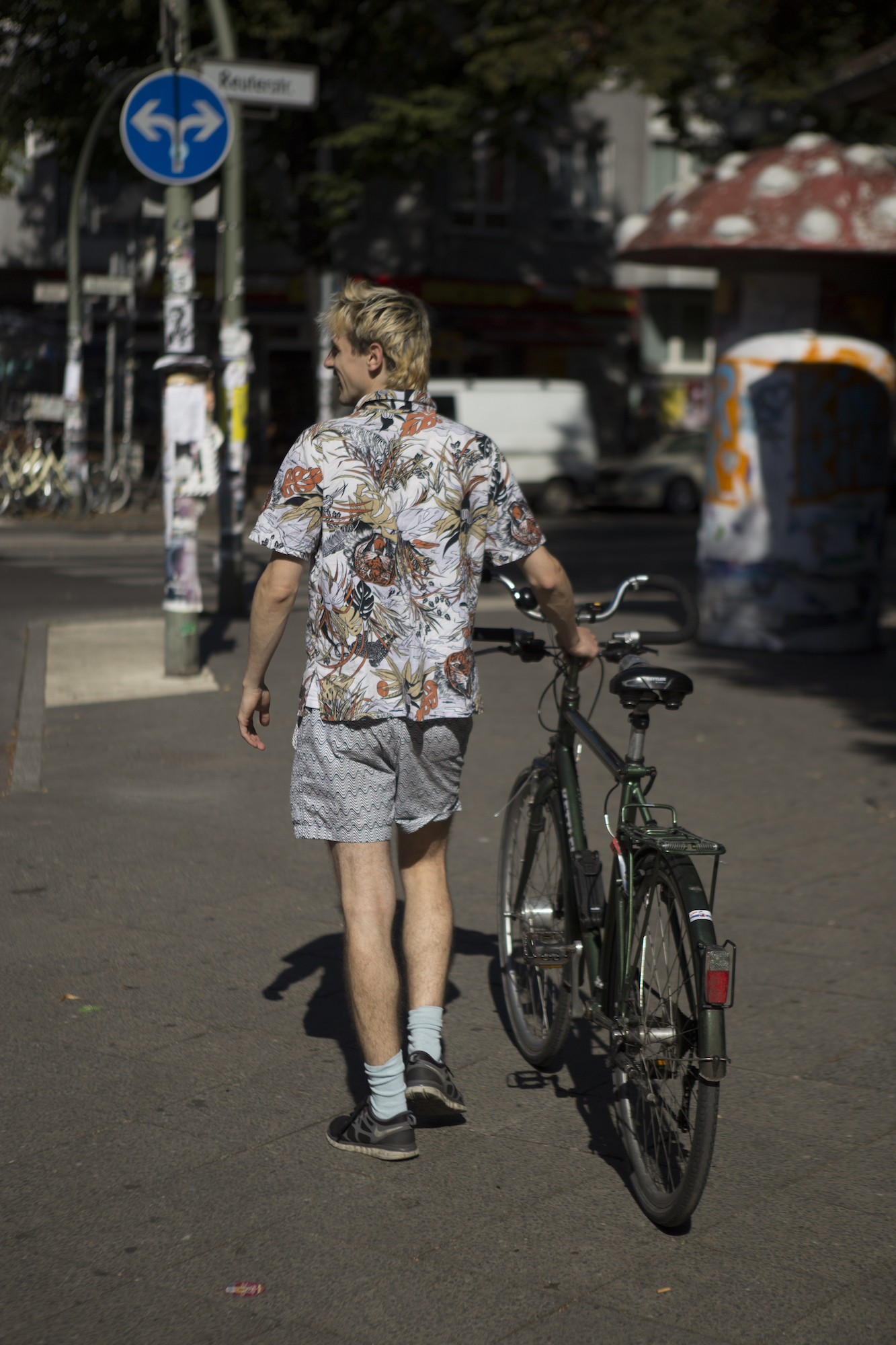 How long have you lived in this neighbourhood? Neukölln Downs, as they call it, [laughs] only since September 2015, but I’d lived in Schillerkiez for about four years. When I moved here this was very much going to be the next place. I thought ‘I have to be there’.

You’re a key part of the Radio Spätkauf team, how did you get involved? Joel [Dullroy] and Maisie [Hitchcock] have been doing it since 2012 I believe, and I’ve known Joel through friends most of the time I’ve lived here. I was studying urban planning, and at some point we had this idea of me doing architectural audio tours. We produced five episodes, all recorded on-site at memorial sites and heritage buildings, I guess that was 2013.

More recently you’ve been working on a political project for Spätkauf. Can you tell us more about it? Well it’s election year and we were thinking, ‘how do you best cover politics? Maybe by doing it yourself’. We thought about setting up our own party – Spätkauf Partei [laughs] – but we downloaded all the paperwork and we had missed the deadline for registering as a party by a couple of days. We didn’t give up though, we looked a bit further and we found that there was still time to register an independent candidate. With me as the only person on the team with a German Passport, I had to do it.

[Laughs] So you kind of volunteered. How did you find the process of becoming a candidate? It was surprisingly easy. We looked up all the paperwork online so we had a good idea of what we had to do. Then one day I walked into the Rathaus and asked for the election office, which is like top floor, the furthest away corner you can think of. I just walked in, said ‘hello’ and two people were greeting me – the woman who runs the office and this apprentice guy. They were super friendly – maybe they were just surprised to see someone – and they gave me all the papers I needed. The apprentice guy was immediately saying, “I’d vote for you, I wish I lived in Neukölln!” It was really nice.

The moral of the story is that it’s definitely easier to start the process of becoming a candidate in the election than it is to register your fricken address at the Bürgeramt. 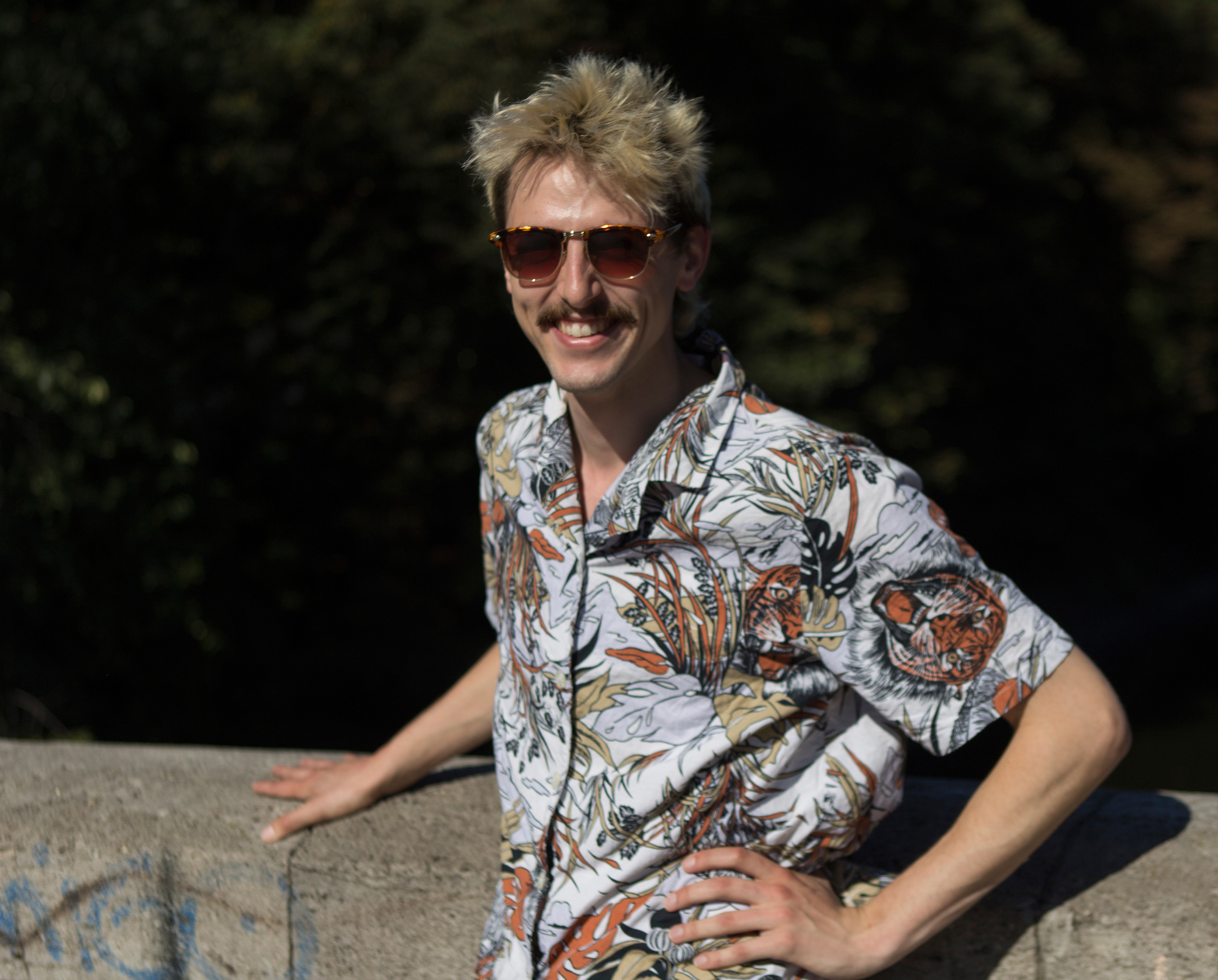 There’s our headline. What was next in the process? Once I was registered as someone who wants to run I needed to get 45 signatures to support my candidacy. These had to be from people with German passports who had been registered as currently living in my district for more than three months. It seemed pretty easy, I thought I’d just be able to go to one pub, but it was a bit harder. It took three days of walking the streets at least, because you have to find the right people and it takes a lot of convincing. People are very careful when it comes to politics and they want to know what they’re signing.

I had to explain to everyone what the project was about, and it was hard to clarify that I don’t have a manifesto, that I was doing it out of journalistic interest. Every single signature was hard work.

Did you feel at a disadvantage with this area being so popular with non-Germans who move to Berlin? Exactly, yes. It was definitely hard to find German people here, but I’ve never tried to do this in other areas so it’s hard to say. Maybe it was actually easier up here because people are more easy to engage with – there’s lots of street life so I was able to walk around and find people to talk to. I didn’t have to ring any doorbells at all.

Were you down to the wire, gathering signatures until the last minute? Yeah, on the day I had 50 signatures but I knew that a few of them were outside my district and stuff.

That same apprentice guy in the Rathaus checked the validity of my signatures. I said, “Alright, you have to do this really quickly,” [laughs] and he did. He sent me an email an hour later and said that I had 43 valid signatures. So I went out again with Joel, and Dan [Stern] posted on Facebook in a panic [laughs].

We found someone on the street, got the two extras and just handed them in hoping they’d be valid and they were. I had exactly 45. Every signature counted. Pretty cool.

So now you’re officially a candidate and the election is on 18th September. Are you campaigning? No, I’m not actively trying to get votes. The goal of this whole thing was to learn and to report on it. We have been toying with the idea of producing a few slogans, maybe record a little speech. I also had the idea of turning this into a little art project. I was thinking of maybe doing a speech that was just very emphatic, complete nonsense [laughs]. 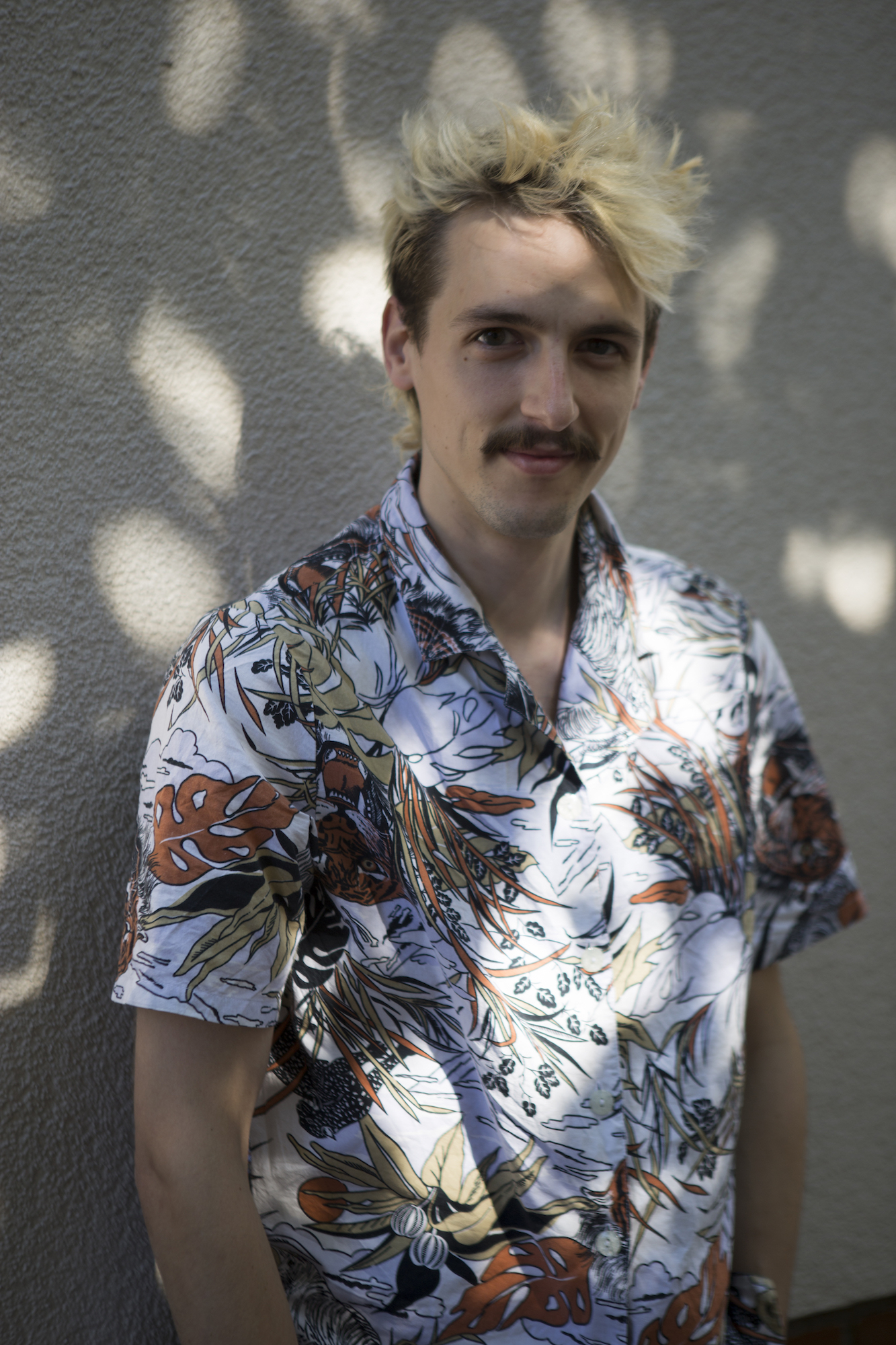 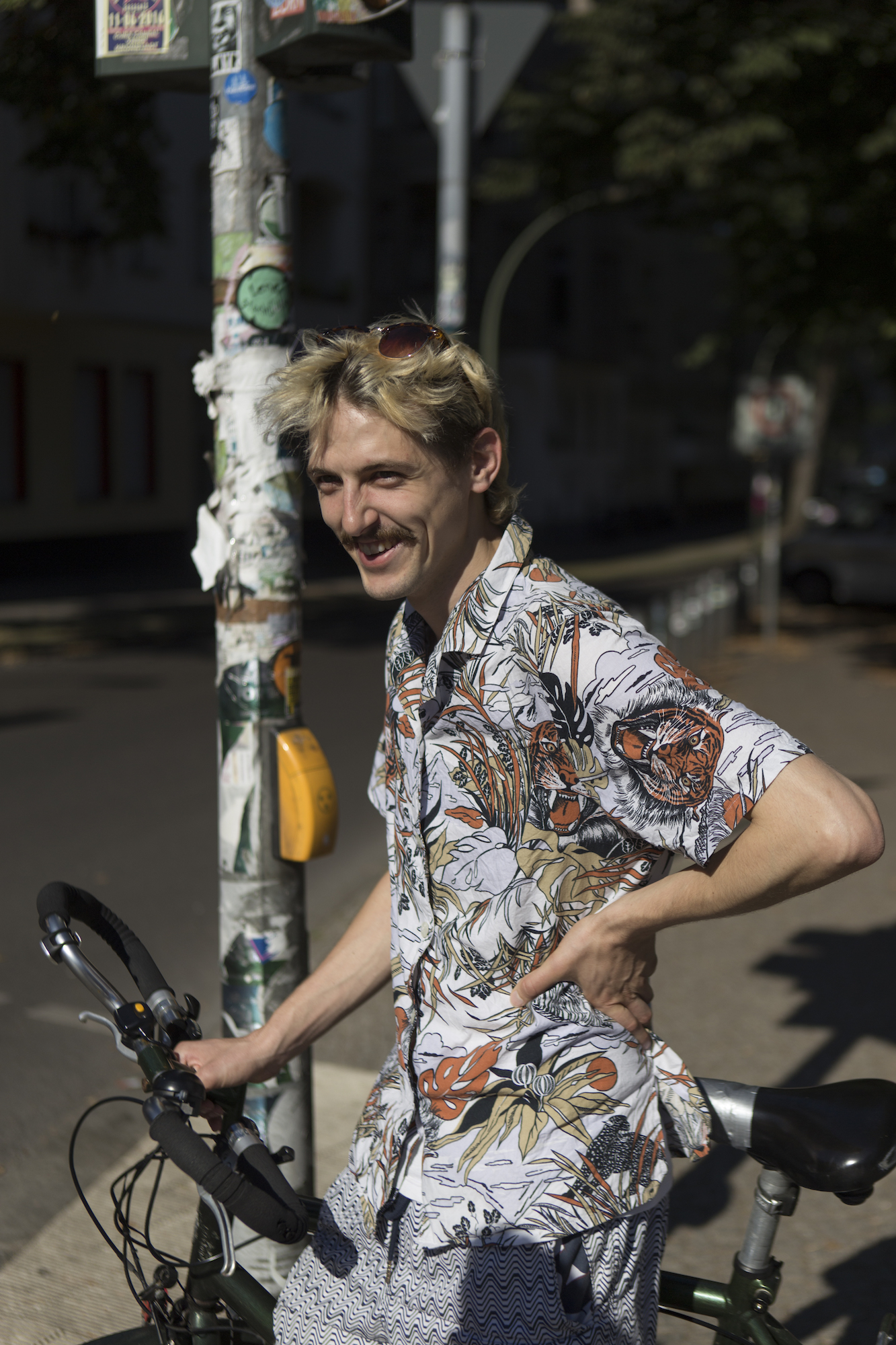 Trump-style? Nonsense but good oration? Yes, well, no, not dumb, just nonsense [laughs]. Nonsensical jibbering. Then maybe I would do stills of the video and make memes out of it.

Tell us more about what you learned from the project. When we were gathering signatures we were totally racially profiling, because we needed the Germans to sign. It’s so weird, it’s so bizarre. Everyone is clearly contributing to life here, and should also have a vote. I was walking past tables and if I heard English or another language I’d be like ‘nope’ – I was listening for the German and going there. The rules made me racially profile.

How did that make you feel? At the time it was just what we had to do to get the signatures, but afterwards… Racial profiling is never really a nice thing to do. It’s stupid that I had to.

Did anything surprise you when you were gathering the signatures? Yeah. The nicest thing was that I met so many people that actually live here. I recognise people now and have chats with them, and it makes me feel like my neighbourhood is more of a home for me.

It’s so cool! If all it takes to make you feel more at home is to go and talk to some people for a few minutes, that’s so nice! Why not do that more often? I only moved here in September so it’s still new, but I definitely feel more centred here.

Listen to Radio Spätkauf’s Election Special to hear Jörie speak about the project:

So you’re not trying to get elected in this election, who are you supporting? I’m going to vote Green. When we were putting together a little three-point manifesto of what we were going to run with – better cycling, Spätis open on Sunday, and Bürgeramte – we found that the Greens have got it covered.

Maybe I’ll join the Green Party, because actually this whole project made me more politically engaged. It did give me a taste for it, I guess. Before I was like, ‘Politics? No thanks.’ But the way I did it here for a minute, it was nice. It made me feel like I don’t have to be Bürgermeister to make a change.

Actually I asked the people who signed for me to give me one point that I should add to my manifesto, so I will go back through those and maybe read them out on the next Spätkauf episode so these people’s issues are aired after all.

It was very interesting. One woman went on a massive rant about helping refugees with bureaucracy and how impossible it is. She was very passionate, talked without stopping for 20 minutes while we were on the clock trying to get signatures [laughs], but it makes you think. This was a woman who I would never have talked to in a million years.

It seems like a lot of good came out of this experiment, you should be proud. When we started reporting on this, we wanted to make it easier for someone who wanted to run as a candidate to know how to do it. To make them feel empowered with the knowledge of how to complete the process. It’s easier than the Bürgeramt guys, get on it! 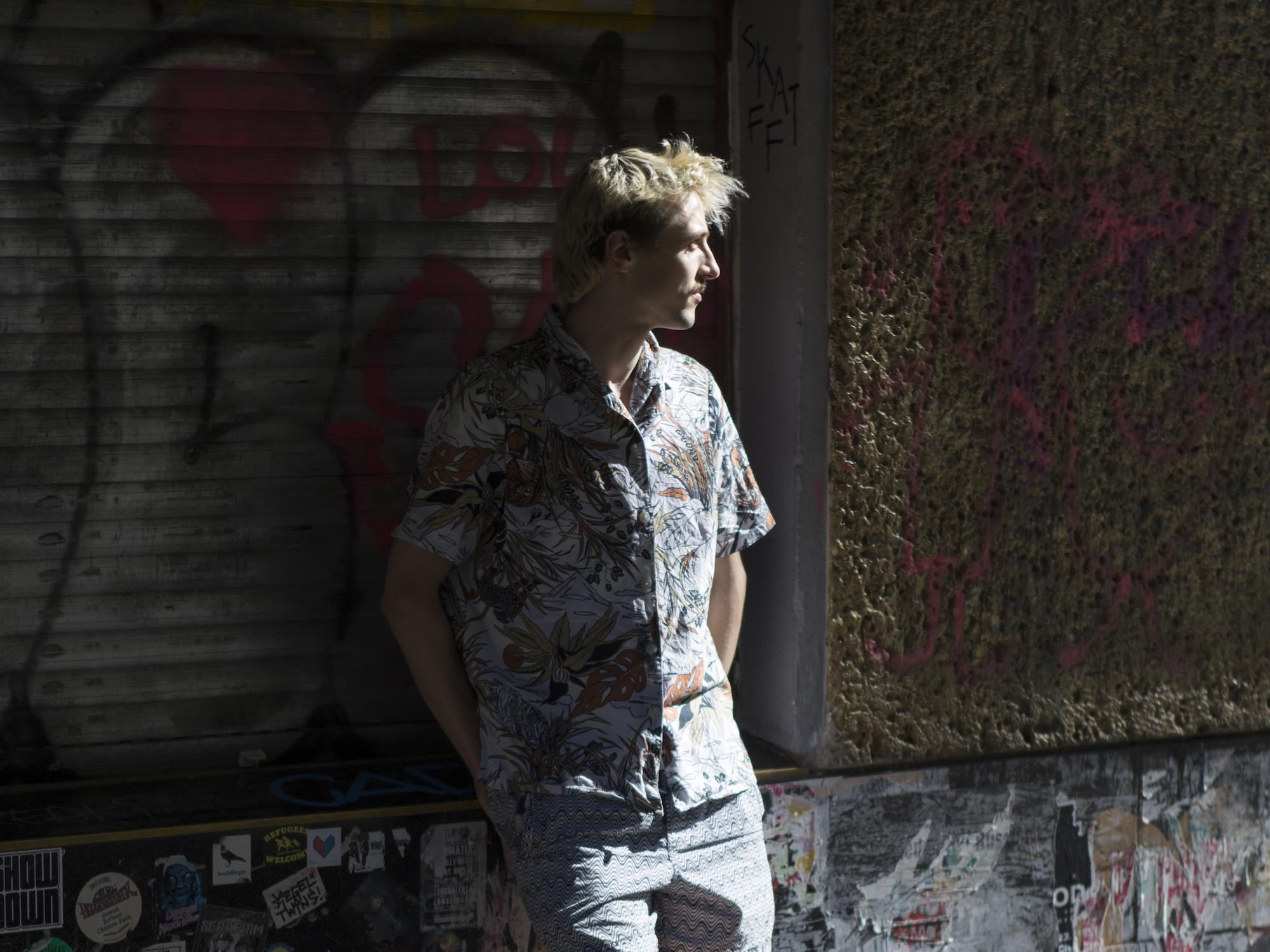