One night to unite a city 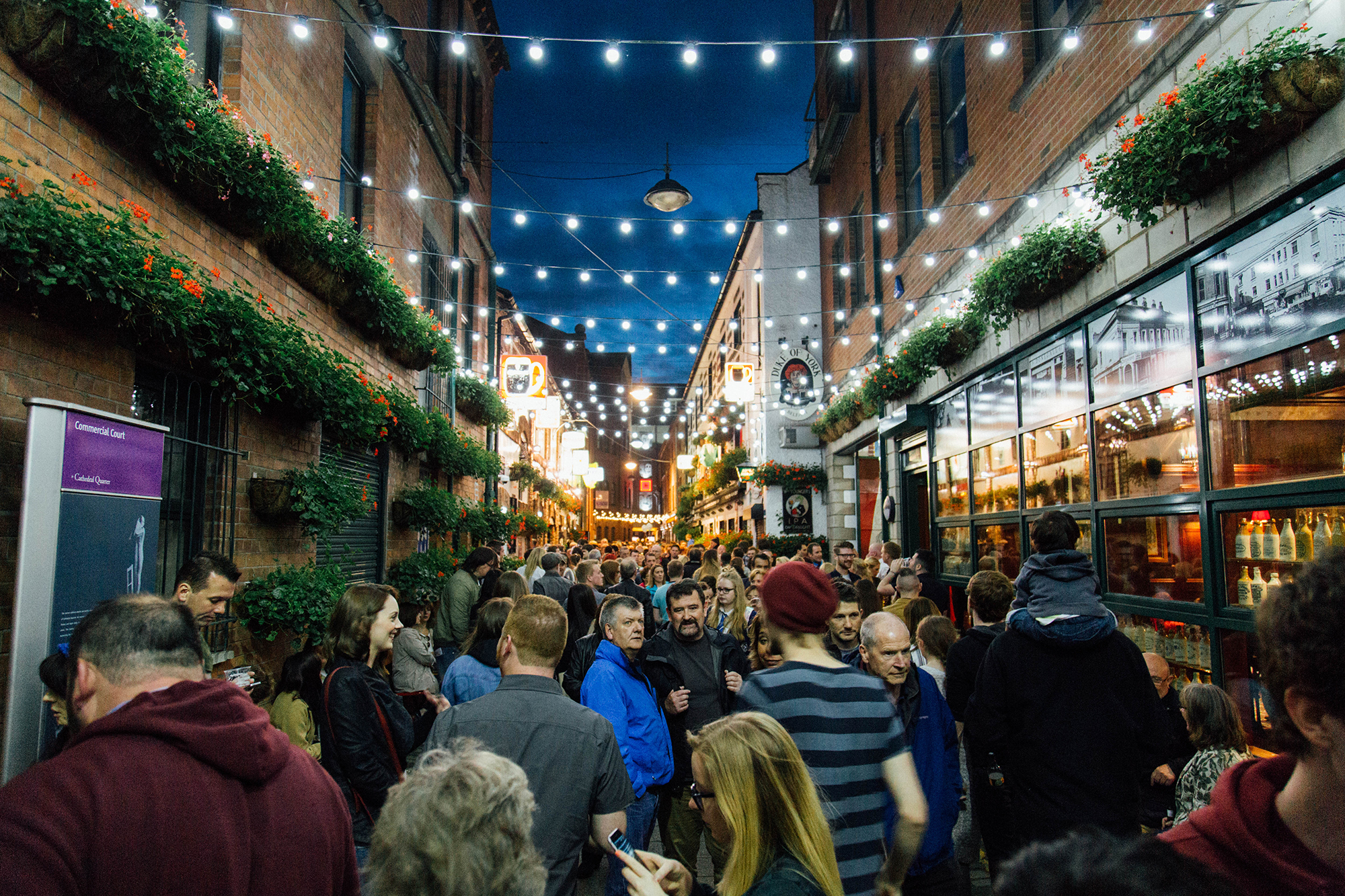 On any normal Friday afternoon, the streets of Belfast are sparsely populated, frequented only by shoppers and workers. At night they can be even quieter, with people just gathering around the pubs of the area. But one Friday in September is different.

There are thousands of people thronging around, taking in a barrage of sights and sounds. On one corner there is a drone psych band with no fewer than five guitarists creating a wall of noise for a huge crowd; farther down the street there is an audio-visual art installation arresting passersby to stop and gaze through the studio window; on the next corner there are medieval fighters clanging swords under a giant mural. Keep going and you see power ballad karaoke, wrestling, theatre, chamber choirs, brass bands, car park raves, fire juggling, street performers, and more. Every venue and space is emanating music and life, the art galleries are rammed with people, and the atmosphere is electric. This is Culture Night. This is Belfast. And at the same time, this isn’t Belfast at all. 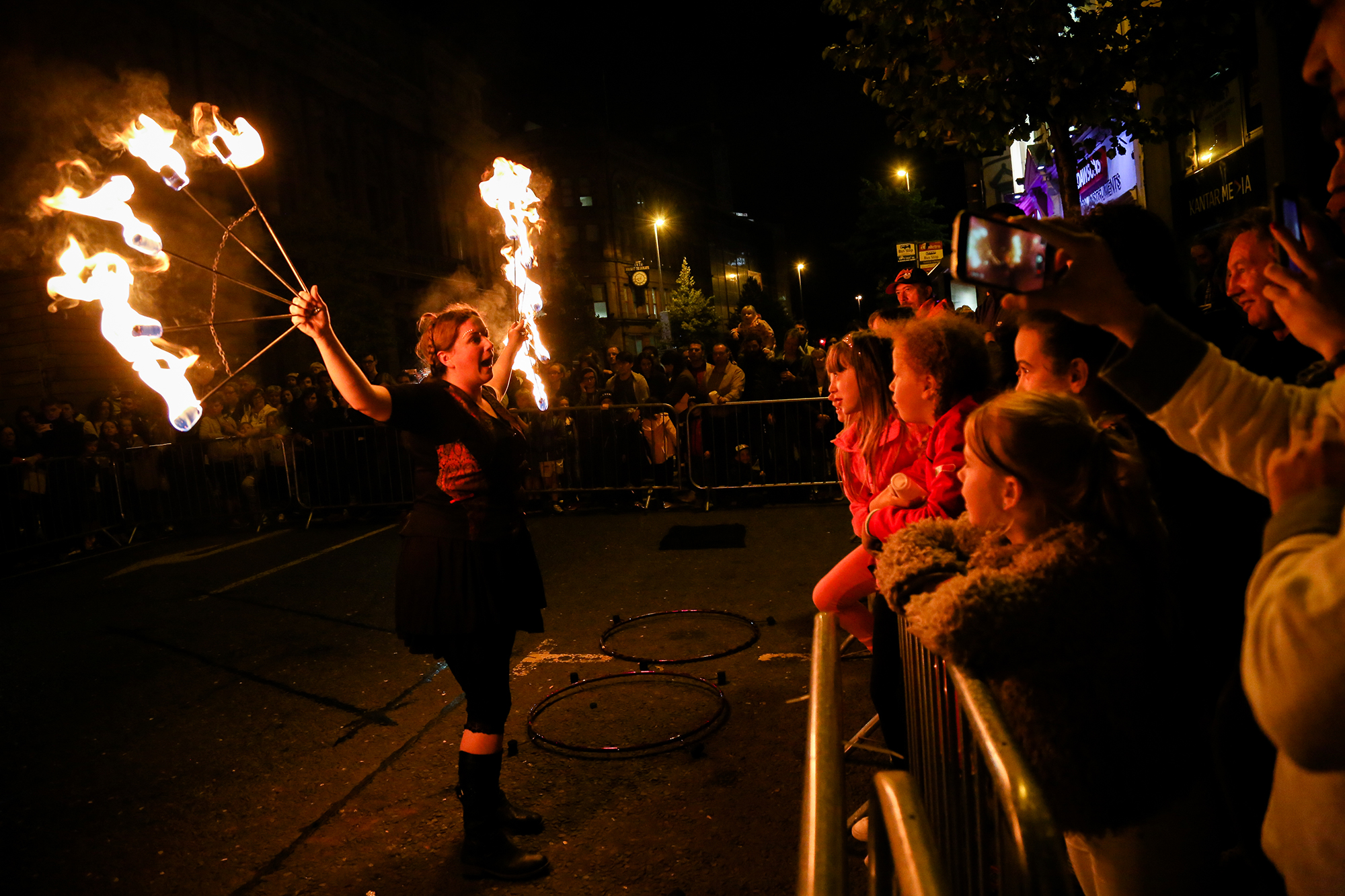 With archaic, tourism-stunting 100-year-old licensing laws enforcing the restricted sale of alcohol and many areas of the city still scarred by so-called ‘peace lines’ – walls or corrugated iron fences topped with barbed wire built to separate Catholic and Protestant districts – the spectre of past tribalism and religious dogmatism still looms large. This is a city that is still feeling the aftermath of the Troubles, the almost 30-year-long violent ethno-nationalist conflict that ended in 1998. It is a testament to Culture Night Belfast that, against this backdrop, they succeed in truly uniting people under the banner of culture. Launched in 2008 for one night only each year, more than 250 artistic and cultural events take place across the city, all of them family friendly and free.

Culture Night programme director Adam Turkington is aware that Belfast has had to come a long way to get to this point. As recently as 30 years ago, even the idea of Culture Night existing would have been, for many, unfathomable. The stark contrast it paints against the backdrop of the city’s less-than-colourful recent past cannot be underestimated, says Adam: “I get lots of messages every year from people who are of a certain age saying, ‘I wander around Culture Night and I can’t believe this is my city; the same one that ostensibly shut down at 6 o’clock during the Troubles, where nobody used to live and where there was no culture in the town.’ That’s a powerful statement about how far we’ve come. It also helps people dream a bit more – that we can go further.”

“Belfast is an angry, funky, weird, messed-up place that I don’t want to be like everywhere else.”

Whilst the city’s cultural health – not least its dance and electronic scene – is thriving in 2016, Adam insists that Culture Night Belfast is best viewed as a snapshot of the latent potential of the city rather than confirmation of where it is right now. “I think it shows people how much potential there is in the city creatively, but also in simple things like removing traffic from the streets and trusting artists to do mad shit, to cut through a little bit of the red tape that seems to tie our city up and to let playful people out to mess with it a little bit. And people are always like, ‘Why can’t you do it more regularly?’ and I tell them once a year is what we can do right now. If you want this to happen more often then you need to lobby the decision makers to close the roads and to fund the arts more; we can only do the things we do once a year with what we have.” 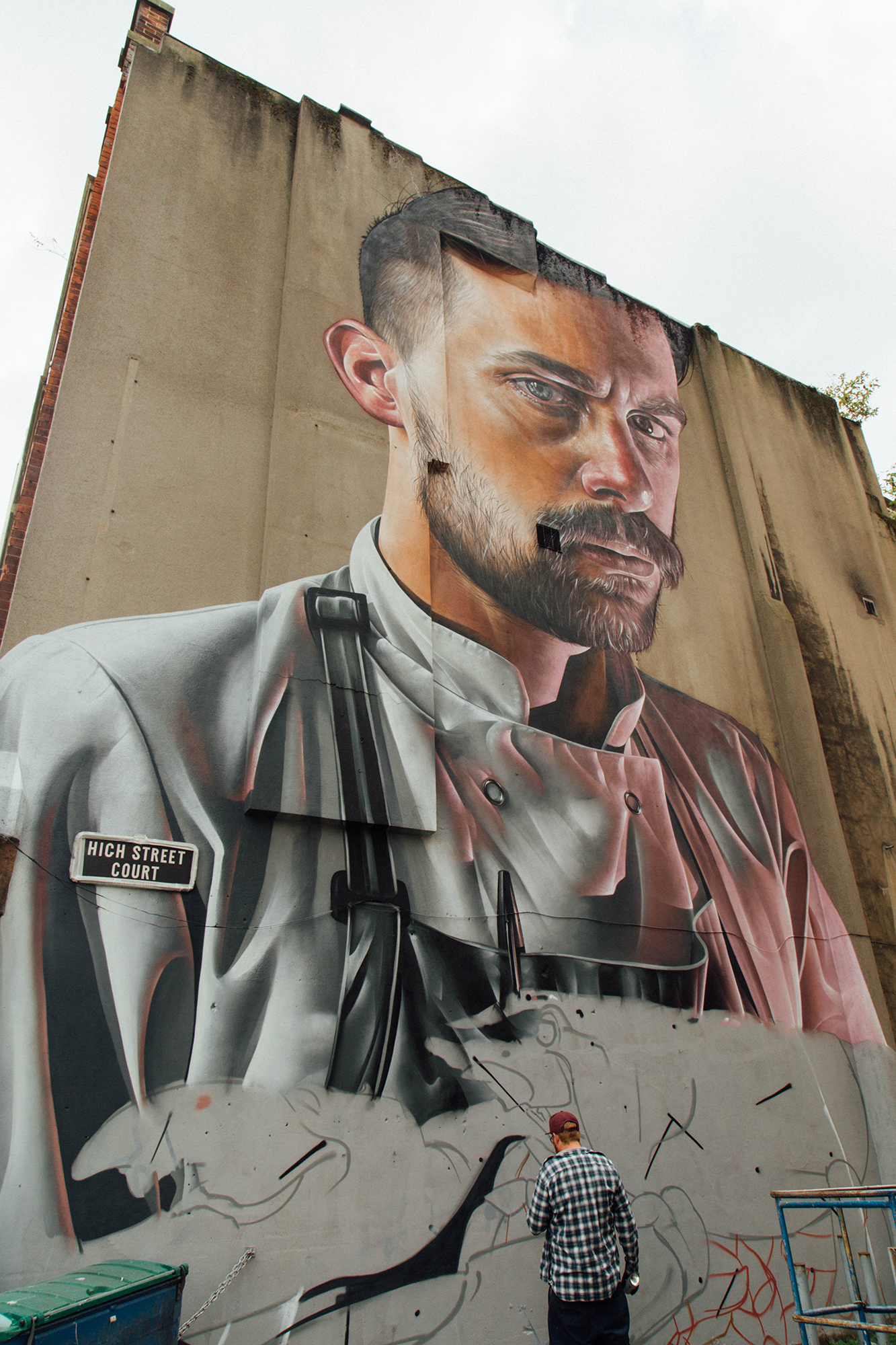 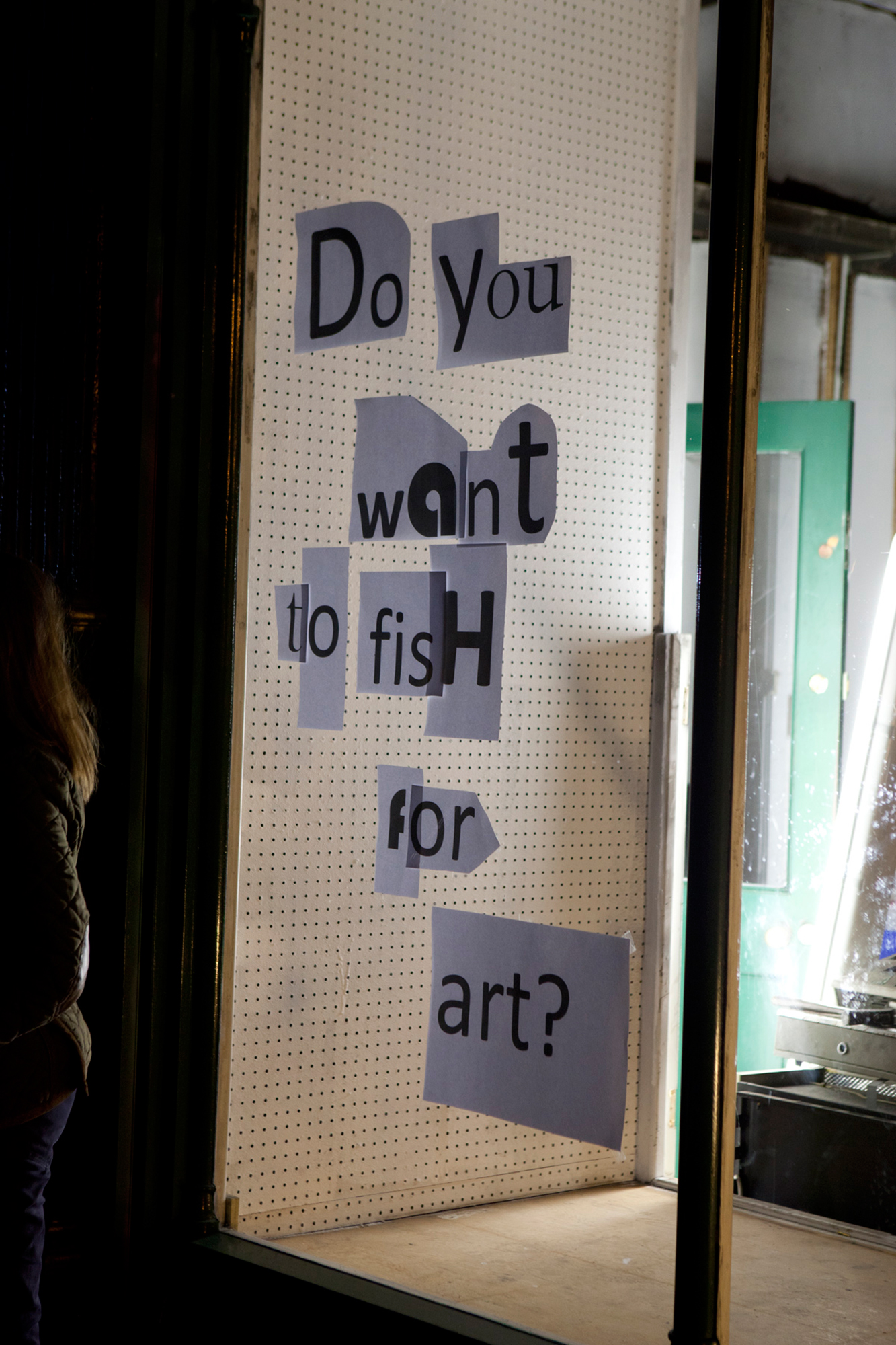 With this year’s event up 20,000 people on last year, the boundless magic of Culture Night demonstrates the purest human drive of discovery in the simplest ways. “I absolutely love walking around the place and seeing things that any normal person in any normal city has no right to expect to see,” Adam says. “I want people to stop in their daily lives, question, and be like, ‘I don’t really understand what’s going on here.’ By closing the roads, we basically have an urban festival and stages with everything from fencing to salsa, wrestling to disco, rock to rave. Every type of performance art that you can imagine, and quite a lot that you probably couldn’t imagine. I’ve always tried to encourage people not to plan. I want people to have a playful experience, to explore, to turn a corner and see wonderful things that they didn’t expect to see. That isn’t an accident. That’s how we curate it so it feels like this mad rollercoaster of different shit. Like a rollercoaster it should feel scary and a little bit mental, and a little bit out of control, but at least you should know there’s control there and you’re in a safe environment where people are looking after you.” So it’s planned chaos, essentially? “Almost. It’s actually planned anarchy,” he says, full of conviction.

Above all else, community, collaboration, confidence and shared civic space are paramount to furthering the bigger picture, right? “Yes. What excites me about Belfast at the minute is that people who are interested in shared cultural space are beginning to feel more empowered,” says Adam. “People are making businesses and livings out of creating art and stuff, which doesn’t come from the establishment and is firmly rooted in what I believe Belfast is, which is an angry, funky, weird, messed-up place that I don’t want to be like everywhere else. I really think that there’s a serious hunger there for shared civic space now and I think that’s the real message of Culture Night: that our city doesn’t really ‘do’ shared civic space but if you do it then people will come. We need to look at the fantastic heritage and the wonderful, quirky, vibey, lovely places that we have, and create events and activities in those spaces that are good for everyone.” 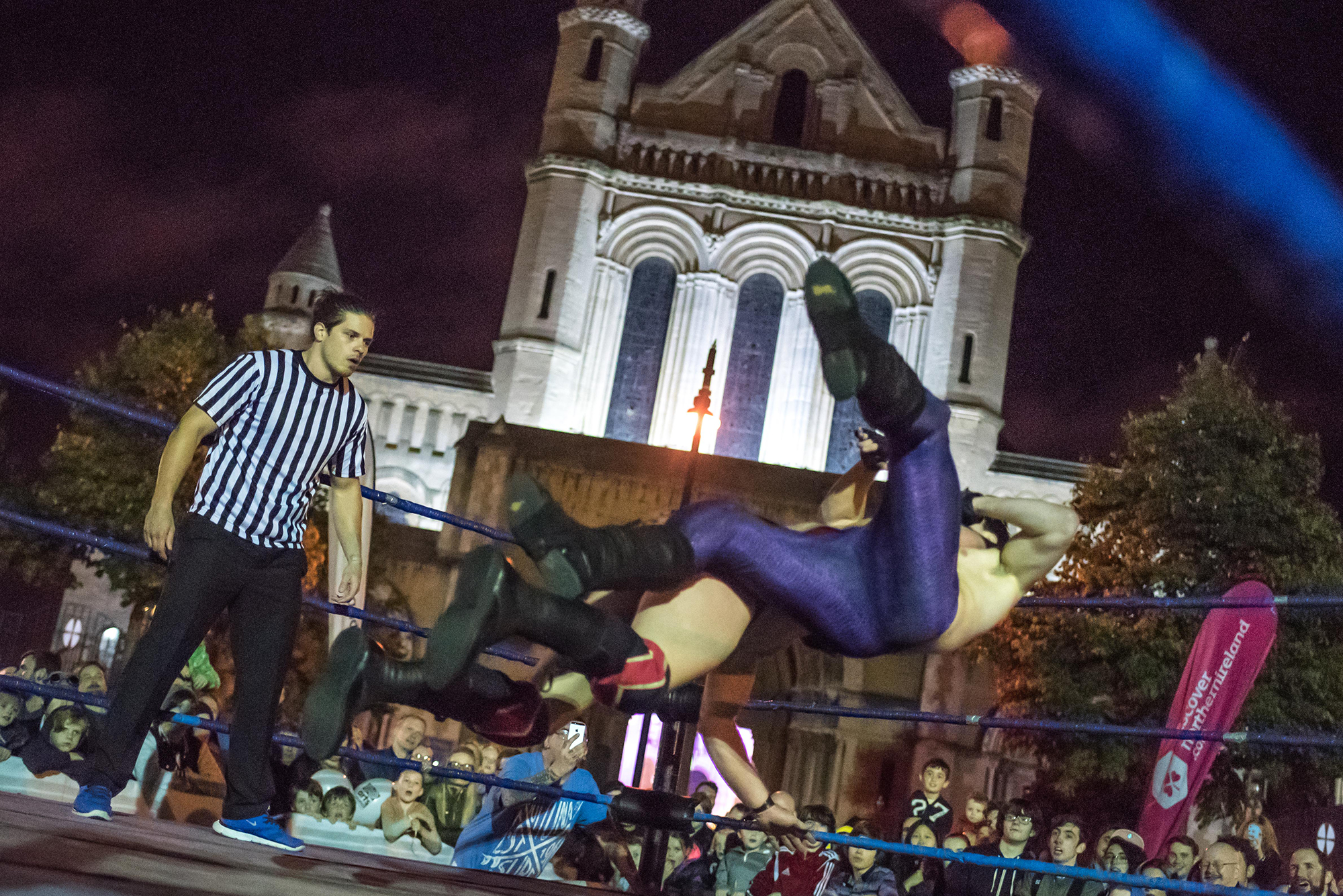 But for all his masterfully coordinated idealism, Adam is also a pragmatist at heart, and both heart and head must work together to ensure that things continue to grow. “Our government and our political parties are rooted in the idea that people should be separated and there are clearly defined, designated areas, and they receive their political mandate by reinforcing those divisions,” he says. “But there’s a new breed of people coming through – especially young people who never really experienced the Troubles – that have a new excitement and confidence to take on the establishment, and that is extremely invigorating and encouraging. What’s brilliant about Culture Night is that it’s a once a year opportunity to do something mental,” he adds. “My role at Culture Night is to make the impossible possible. I’ve always said that in eight years I’ve never said ‘no’. My question is always, ‘OK, can we make it safer and can we make it better?’ But I’ve never said ‘no’.”

With all the usual financial limitations, establishmentism, traditionalism and obstacles abound, Adam and his team’s remarkable groundwork to date – not least this year – is a testament to their steadfast approach to facing down what might well be perceived as undoable. But when did anything great happen by settling for the status quo? “Unless it’s absolutely mad thunder and lightning next year we’ll do it even bigger and get around 100,000 people attending with more than 250 free events,” Adam enthuses, without a hint of hesitancy in his voice. Once more into the breach it is.

For more information on Culture Night Belfast, visit their website. To enjoy some Belfast culture first hand in Berlin, head to the Belfast to Berlin live music showcase in Loophole on Thursday November 17. 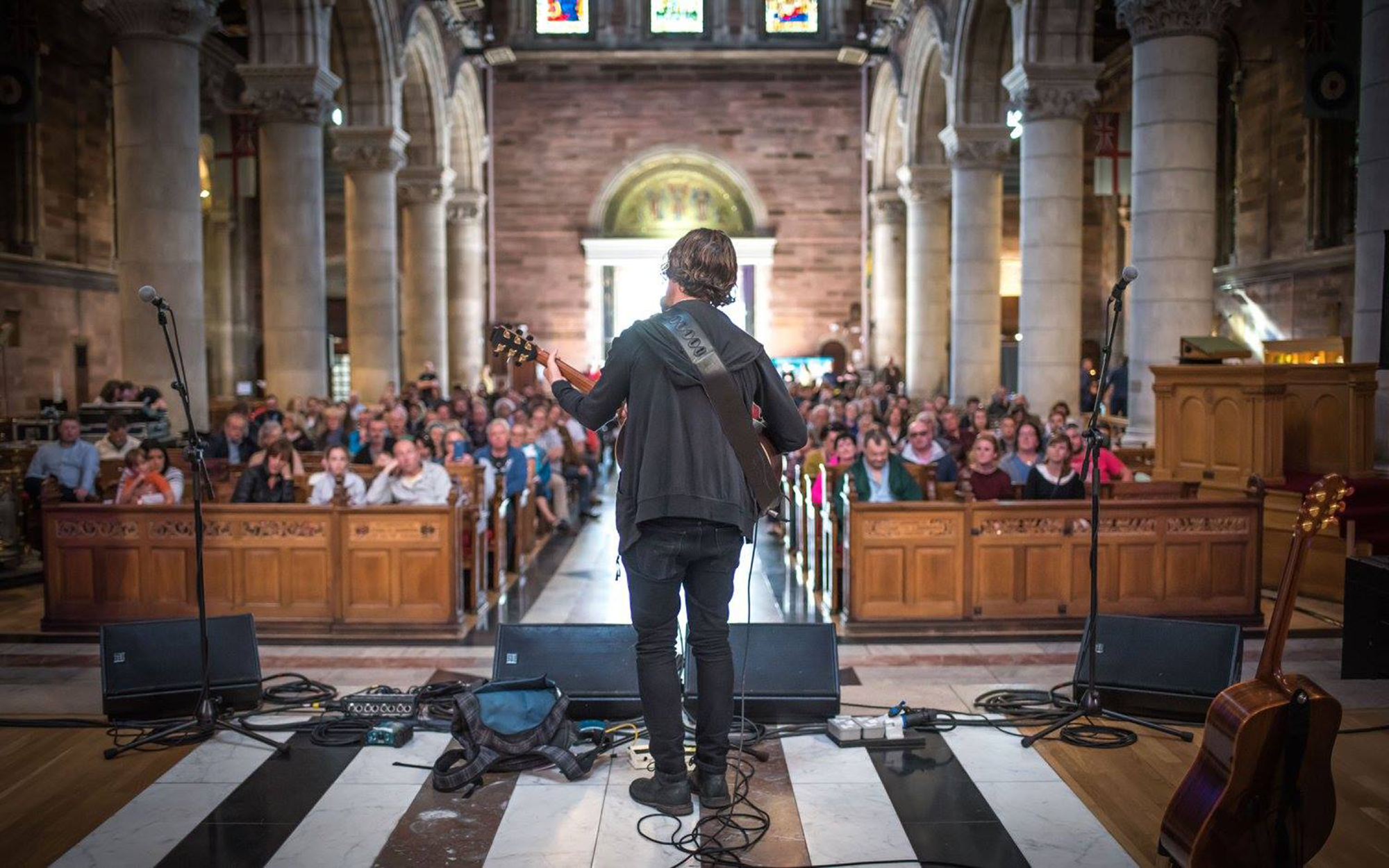