Where Tech, Music and Art Collide

A Festival Guide to CTM & Transmediale 2019 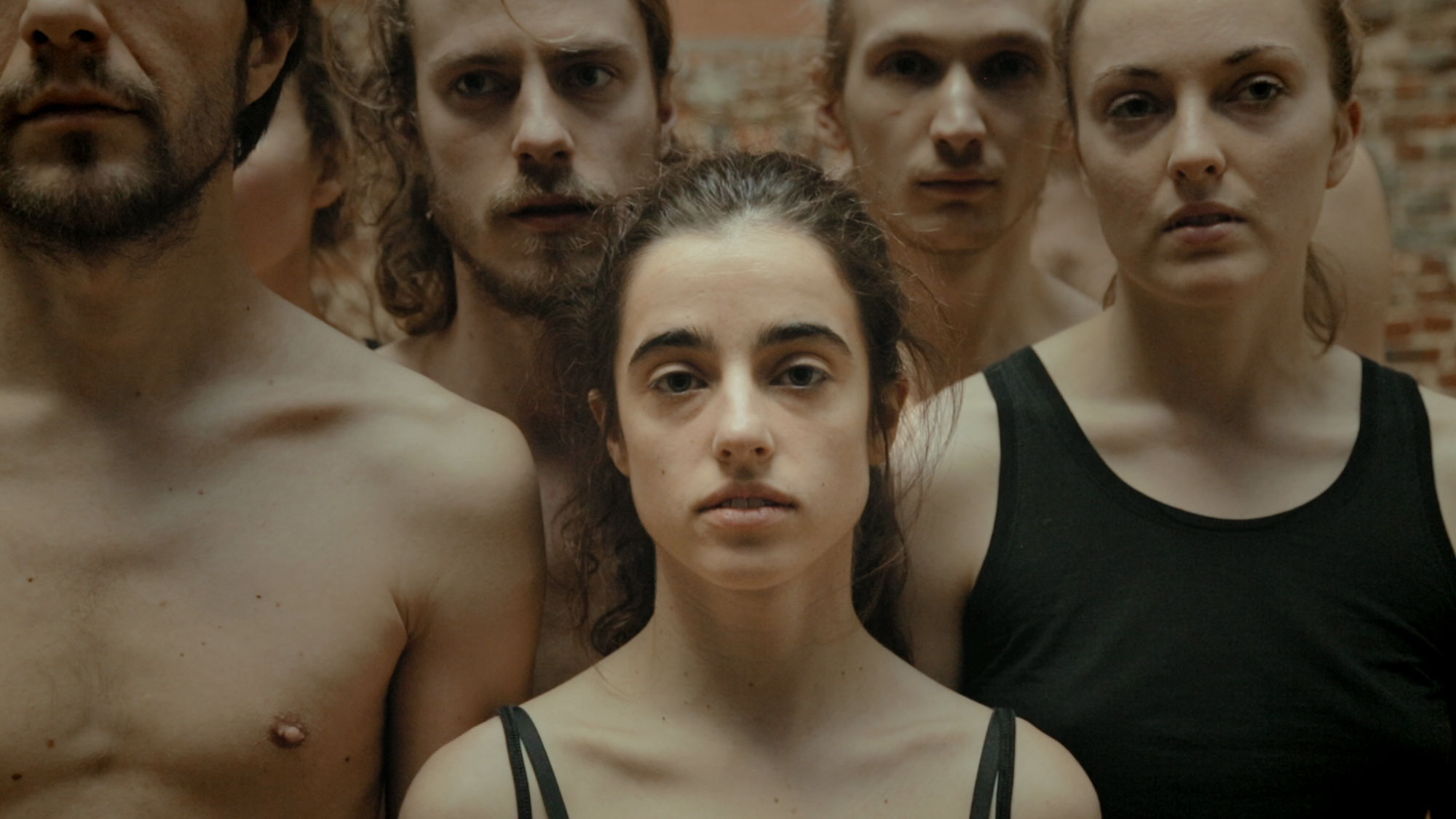 While we’re wallowing away in despair about the potential collapse of the European Union, Trumpism, and wondering if robots would make great romantic partners, the CTM and transmediale festivals offer a glimmer of coherence.

CTM is a self-proclaimed “festival for adventurous music and art”, which runs January 25 – February 3, and spans a number of different locations. Running in parallel, and in tight collaboration, is transmediale, another not-too-thematically-distant event bringing together the art and digital worlds. Slightly shorter, transmediale opens on January 31 and ends on the same day as CTM. 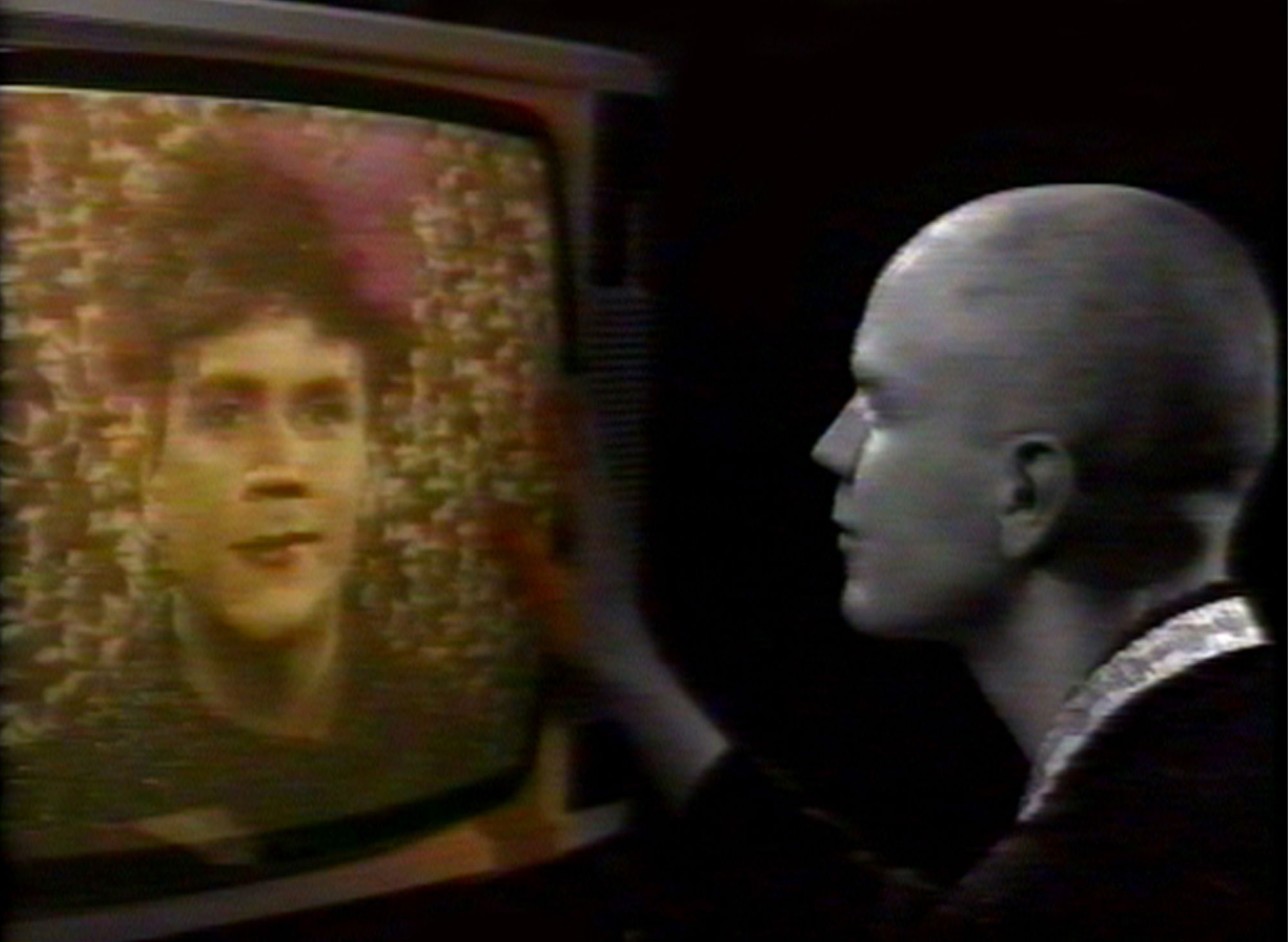 Like a compass, much of the content on offer provides some clarity to this never-ending winter of uncertainty. Instead of looking away from the chaos of modern life, both festivals hope to inspire us to look deeper into our aesthetic and societal doubt – to move through and past Internet tribalism and polarization. The point of departure for the 20th anniversary of CTM is Persistence, so already we’re off to a terrific start in terms of dogged interrogation.

We know it’s a lot, but we’ve got you covered. Continue reading for our top picks and what to expect.

Imagine a four-meter mechanical mantis bolting sound across a border fence at a Panzer tank remodel and you’ve pretty much figured out what the opening installation is. Artists Nik Nowak, Mortiz Stumm, and Riad Bensir have built an aural and visual reminder of what happened during the sonic wars of the Cold War and it’s going to be better than any Doctor Who and Godzilla mash-up. Fortunately, if you miss the first day, the installation runs until the end of the festival with two live performances on the 31st and the 1st. Kode9 and MC Infinite Livez will be providing the sounds during the live sets.

The event-long exhibition is best experienced over the weekend just based on the sheer quantity and quality of art on display at Kunstraum. The 17 artists therein will unfold a bit more the liquid nature of our society and explore the festival’s theme of attempting to find stability in a fast-changing world. Everything’s in flux and watching pundits take loud, arbitrary stands through the river of time are likely going to repeat itself until the earth is swallowed by the sun. Come check out the reckoning every day until the 3rd.

The rise of platforms like Apple Music and Spotify have done strange wonders to the music scene. They managed to capture the value from the likes of BitTorrent and artists, centralize it, and then resell it. Within this is the growing anti-Facebook narrative and rehashing some of the founding principles behind the Internet itself. Labeled as “Web 3.0,” researcher Mat Dryhurst, writers Lisa Blanning and Liz Pelly will unpack what a decentralized world of music could look like and whether it’s something listeners, musicians, and record labels are interested in. Earlier discussions revolving around this theme are also happening just before, so it’s likely best to snag a day pass at €10. 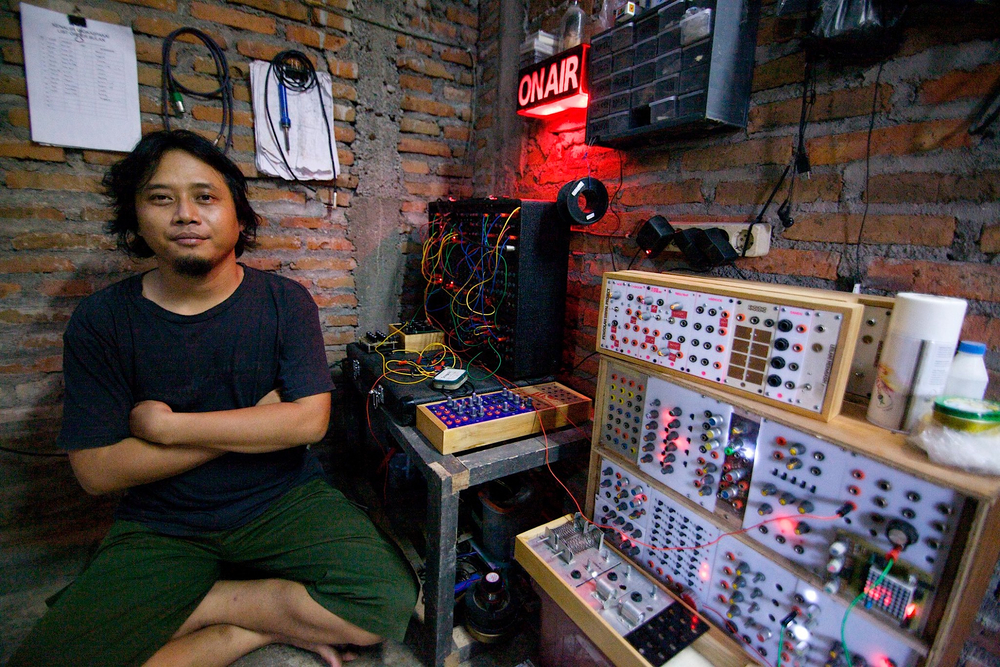 The hacker cultures of Brazil and India have become a critique of the location and speed at which technological change is happening. Far from the Silicon Valley’s of the world, non-typical regions are catching up via resurgent DIY cultures. In this talk, Andreas Siagian and Lintang Radittya speak on how “Oprak” (hack) and “Otak Atik” (tinker) are helping Indonesia fight back against the spread of techno-capitalism.

Artists Elia Rediger and Dorine Mokha finally take a meta-look at how all dystopian critiques seem to look the same. In many of the duo’s projects, they unpack some of the most pressing issues facing the Democratic Republic of Congo to remind viewers that our collective future can be boiled down to tangible problems. Obsessions with opaque data harvesting prospects whither away when facing conflicts forming over the unjust parceling of mineral resources. Rediger and Mokha discuss their work with dramaturge Eva-Maria Bertschy and the General Secretary of the European Center for Constitutional and Human Rights (ECCHR) Wolfgang Kaleck.

Making up the partnership between the Embassy of Canada and transmediale, the annual McLuhan lecture will ask: What would Marshall do? The media theorist thought that the advent of media, which in his time made up radio and television, would eventually become an extension of our physical components. Now, Jody Berland, a professor of humanities at York University, Toronto, pushes this thesis to its reasonable ends. Facebook, Google, Uber, and Tinder have provided even greater extensions to our nervous systems and posed further questions for what it means to be a human surrounded by so much media stimulation. The lecture will be accompanied by artist Serena Lee’s installation Kinds of Caves and Wholes and Parts.

Just as the music industry has been hit hard by centralized corporations and rampant torrenting, funding rigorous investigative journalism is becoming equally difficult.  Band-aid solutions of ad-blockers and paywalls are easily navigated around leaving few viable revenue streams for publications in the long term. In the following discussion, Ursula O’Kuinghttons will describe a crypto-economic model to rekindle ethical, sustainable journalism in a world where content is either too free or unjustly acquired. 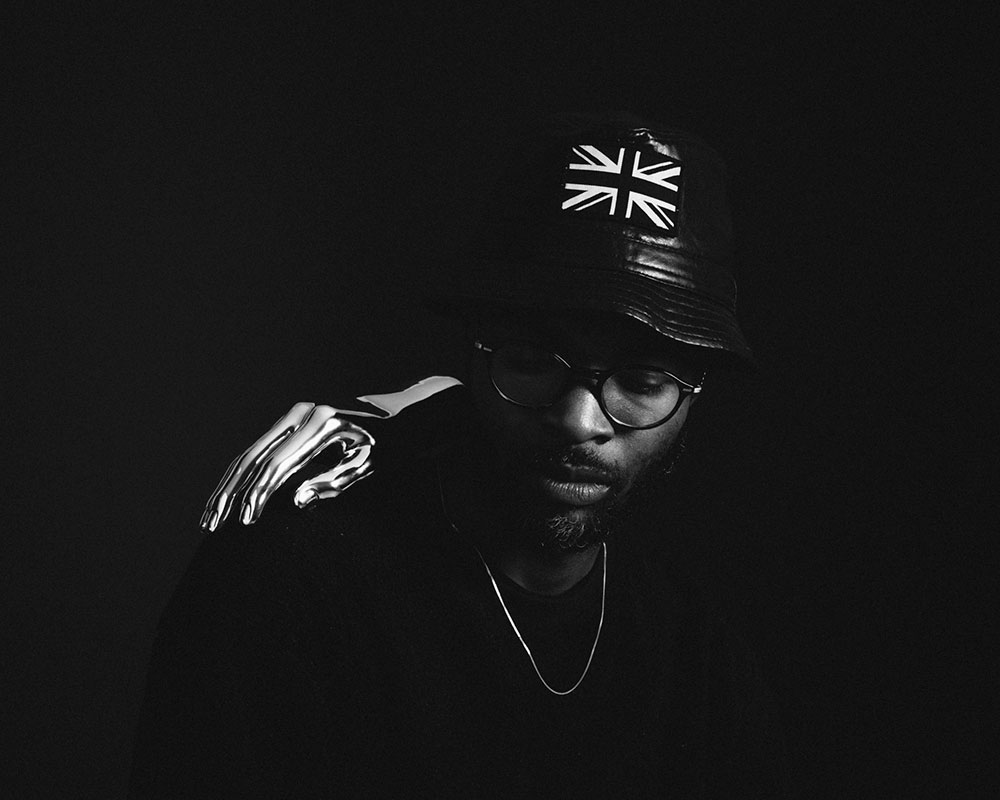 Darren J. Cunningham, the man behind Actress, will be performing for the first time with machine learning entity Young Paint. To be clear, the latter is non-human. Over the course of nearly ten years, Cunningham/Actress has been feeding his dark, UK bass-styled music to the program who has slowly learned the ropes. A large projection of Young Paint will “play” behind Actress at some points even taking the lead in the production at the February 1st event.

Jan-Peter E.R. Sonntag offers listeners a physical space to listen to an impressive multi-piece soundscape. Instruments and noisemakers include a large diffraction-horn system, antennas for natural radio waves, an Audion radio circuit, a sonradiaGrid, and a host of other items you’ve probably never heard or seen before in your life. Pieces of the sonradiaGrid have actually never before been seen outside of Sonntag’s lab. While the transmediale and CTM collaboration opens on the 1st and runs to the 7th, there will be a conversation with Sonntag, Wolfgang Hagen, and Hubertus von Amelunxen to get a better idea of what the Radio Opera means on the 2nd.

Durham University professor Ben Anderson and Reader in the Sociology Department, Goldsmiths, University of London Rebecca Coleman will pick apart the modern affects that impede or inspire social action. Emotions like boredom, emergency, and hope as well as the ways in which these feelings interact in a booming digital-media landscape are all up for grabs.

So, there you have it, roughly 15 percent of what’s on offer beginning this Friday. For more information on the other 85 percent, skim through CTM and transmediale’s programme guide here and here. Many of the events are free, but for interested parties too lazy to neurotically organize which events have a cover or don’t, there’s a pass for that.

The transmediale pass runs €80, but excludes workshops, and the Actress + Young Paint performance. You can also buy a transmediale + CTM Connect Pass, which offers access to most events from both festivals. As per usual, check out their respective sites for more details. See you there! 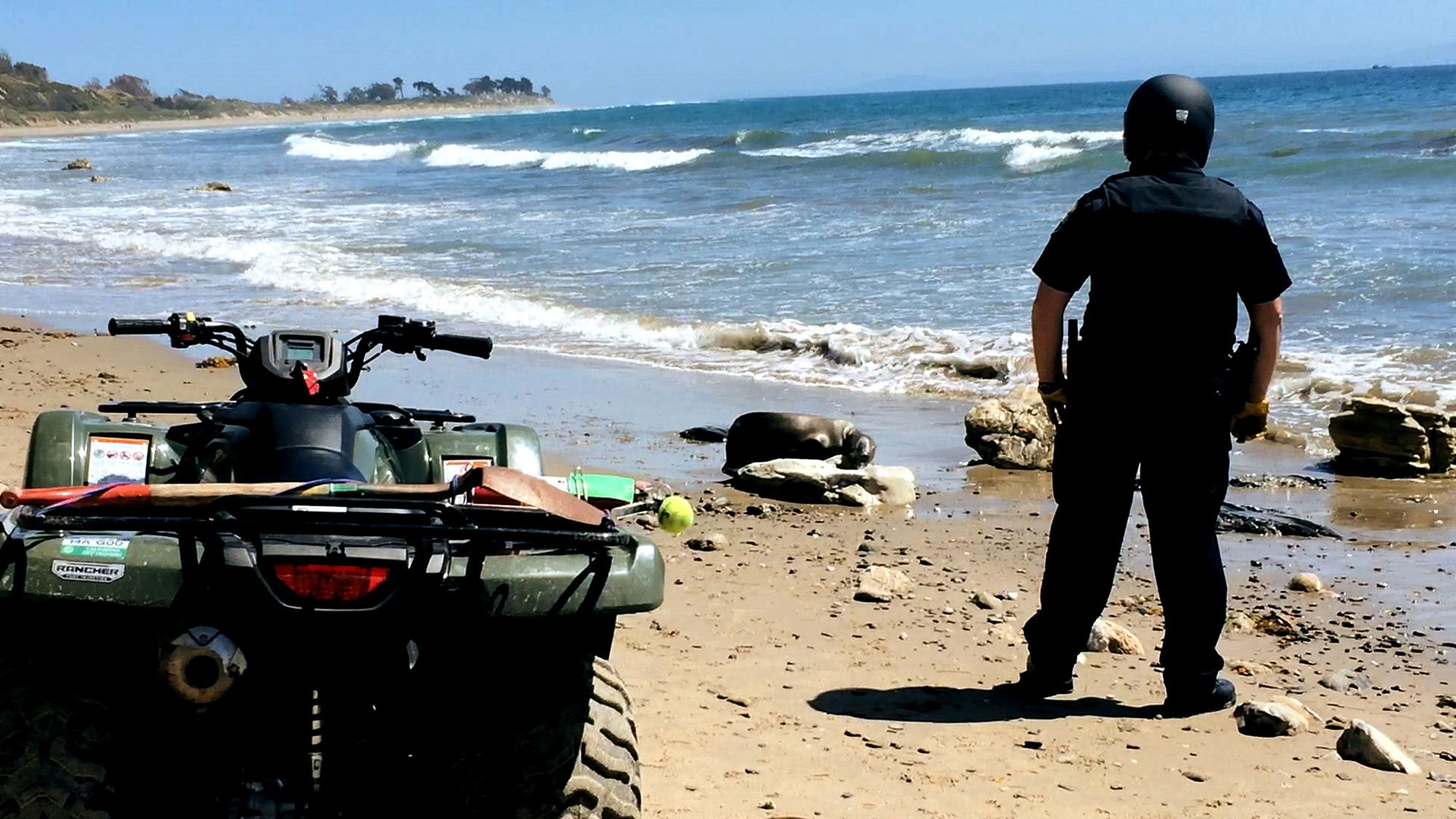