The LOLA Guide to the 2018 Torstraßen Festival

The eighth round of the Torstraßen festival kicks off this Friday, June 8 at ACUD MACHT NEU. The three- day party gives ears a sample of the local and international music scene throughout the city that never sleeps. Plus, a portion of the party is probably taking place at your favorite watering hole in center town.

It’s a strange phenomenon when a local music festival, especially one which began as just a day-long event, becomes the symbol of the diverse community of musicians in a city like Berlin. And, well, thank god. The empire of record labels need a stark reminder of what they’re up against and all us mortals have gotten a bit fed up with all that Schlager. Whether or not fighting the man is your prerogative, TSF does offer an eclectic mix of 40 bands and ten different venues all around Mitte. There are surely few better ways to celebrate the burgeoning summer, right?

Here’s our rundown of the things you won’t want to miss. 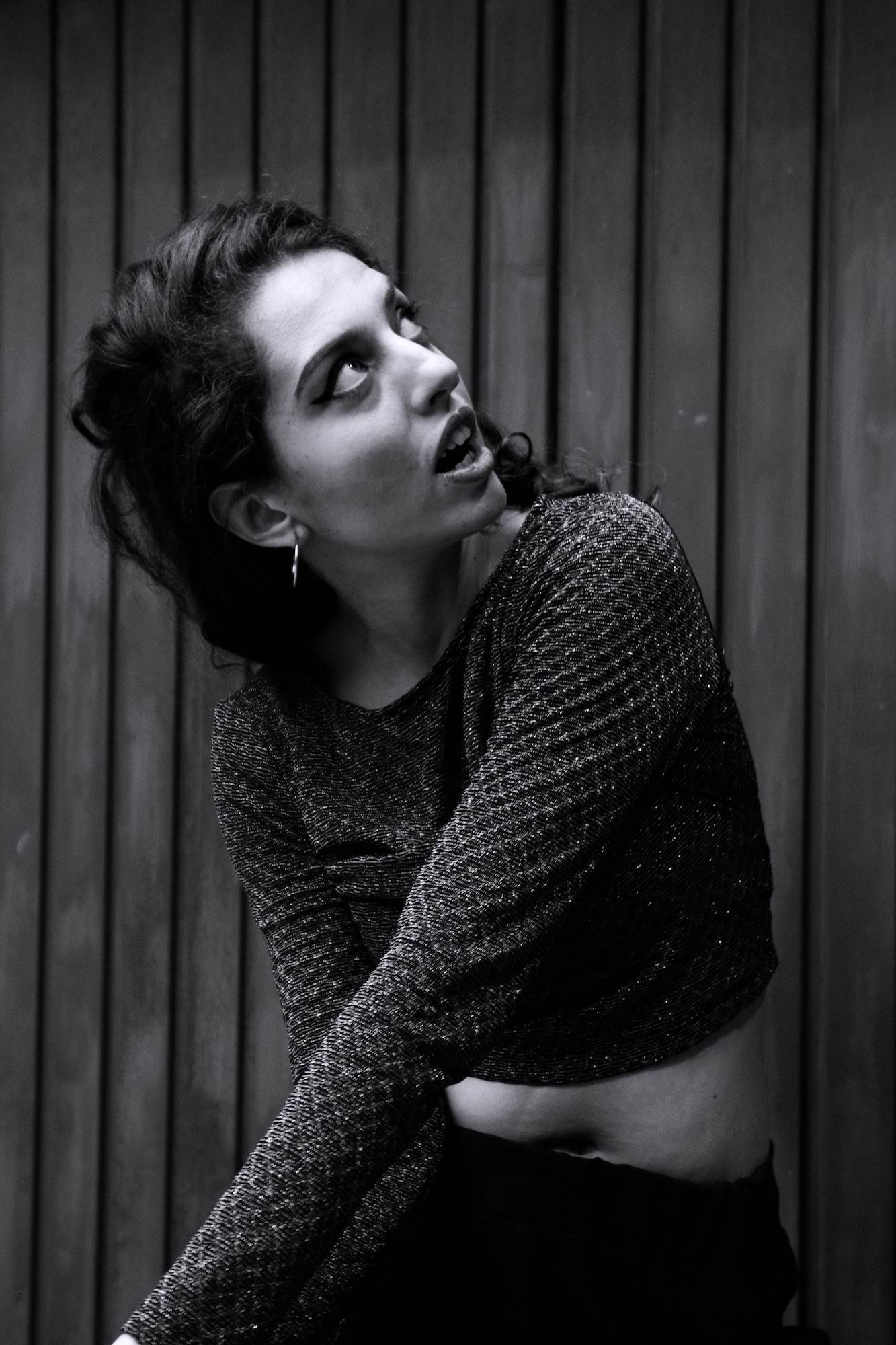 The opening event starts on June 8 at 8 pm at ACUD MACHT NEU with performances by the “All Star Variety Show” that is the vaudeville Neükolln Country Club. Guests include Lia Lia, D E N A, Yu Ching Huang, Dandy Deniz, Magic Island, and Grip Tight.

Local publication The Chop will host a wee karaoke session thereafter to satiate your inspired bones and folks can get a glimpse into Beijing artist Tianzhuo Chen’s installation at the ACUD Galerie. All of it should be pretty weird, and at a short €8, really cheap fun.

The Best of Saturday:

Saturday is when the main bulk of the action takes place. It’s going to be impossible to drink everything in, and your options are to either bounce around sporadically from venue to venue like a frenetic pinball and just see take in whatever hits you in the face, to pick a venue you like and stick to it, or to carefully select the bands you want to see and create a glorious colour-coded spreadsheet timetable and maximise your time like the glorious organised beatnik you are. Take it how you want, it’s your choice, but here are some of our top picks from the day. 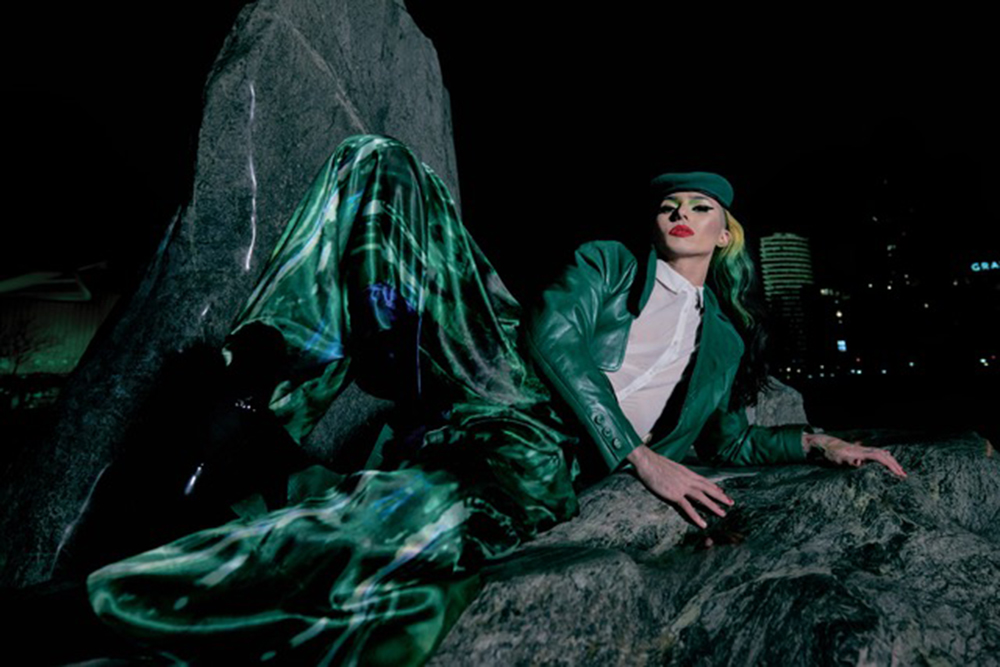 Emerging from the Berlin queer underground, MIKEY. is a self-proclaimed gender terrorist with a voice that soars. Their debut EP Paths will be dropping on the June 8, so this is your perfect chance to find out why the hype is justified. If you like your r’n’b a little bit skewed yet still lathered in a sweet pop goo, this is the show for you.

AG Form finds itself at the crossroads of math-rock, post-rock, jazz-pop, and a handful of other hyper-hyphenated music genres. Whatever space they fill, the instrumental foursome does it nicely. Plus they dropped an album (Commons) last December to help everyone figure out what these young pseudo-entrepreneurs are really working towards. You could also just stop by Kaffee Burger on Saturday and find out live. Probably best to do the latter. 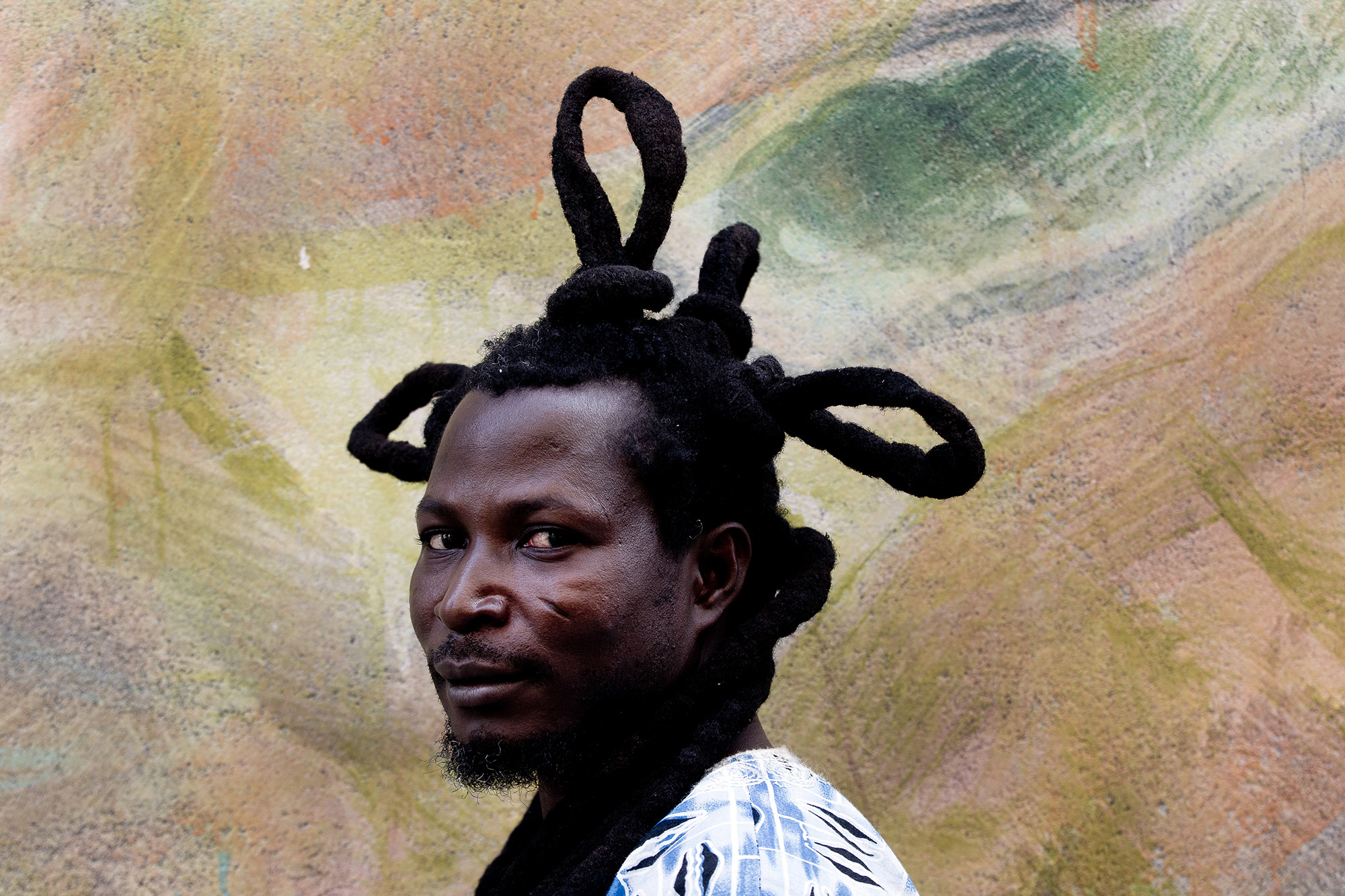 Scratch your Turkish-folk music itch with duo Tellavision & Derya Yildirim and their “surreal silence and throbbing Euro-American art-pop.” Better yet, stand out at dinner parties after hearing (live!) a bağlama and oud played. Whatever your fancy, Fee Kürten and Derya Yildrim are an excellent example of what the Torstraßen Festival is all about: strange, delightful, and hyper-international. Chances stand that those virgin ears probably never heard anything like it, and that’s cool too!

These guys rock harder than a poster of a boy-band trapped in a high school in middle america. Except it’s in German, 2018, and the drummer sings too (which, apparently, is pretty difficult). So, despite the shitty metaphor above, this is probably a good starting point for all the things Trucks is trying to reject. Surfy, kind of punky, it’s a slice of angsty 90s America in Berlin. Check it out. It’s better than Nebraska.

Martha Rose (Z-Bar, and Ms. Rose will be joined by Ida Wenøe and Daniel Freitag)

Remember when the robot future was as friendly as a hug from Miyazaki? When a Casio keyboard struck fear in the strings of a Steinway? When rent was still cheap? LOLA does. Fortunately, our favorite Englishwoman Martha Rose does as well. With her dreamy, three-chord pop, Ms. Rose reminds us of a lullaby trapped in amber: nostalgic, electronic, and utopic. All of which has been neatly captured in the album Spit, an EP called Affliction and an upcoming release. 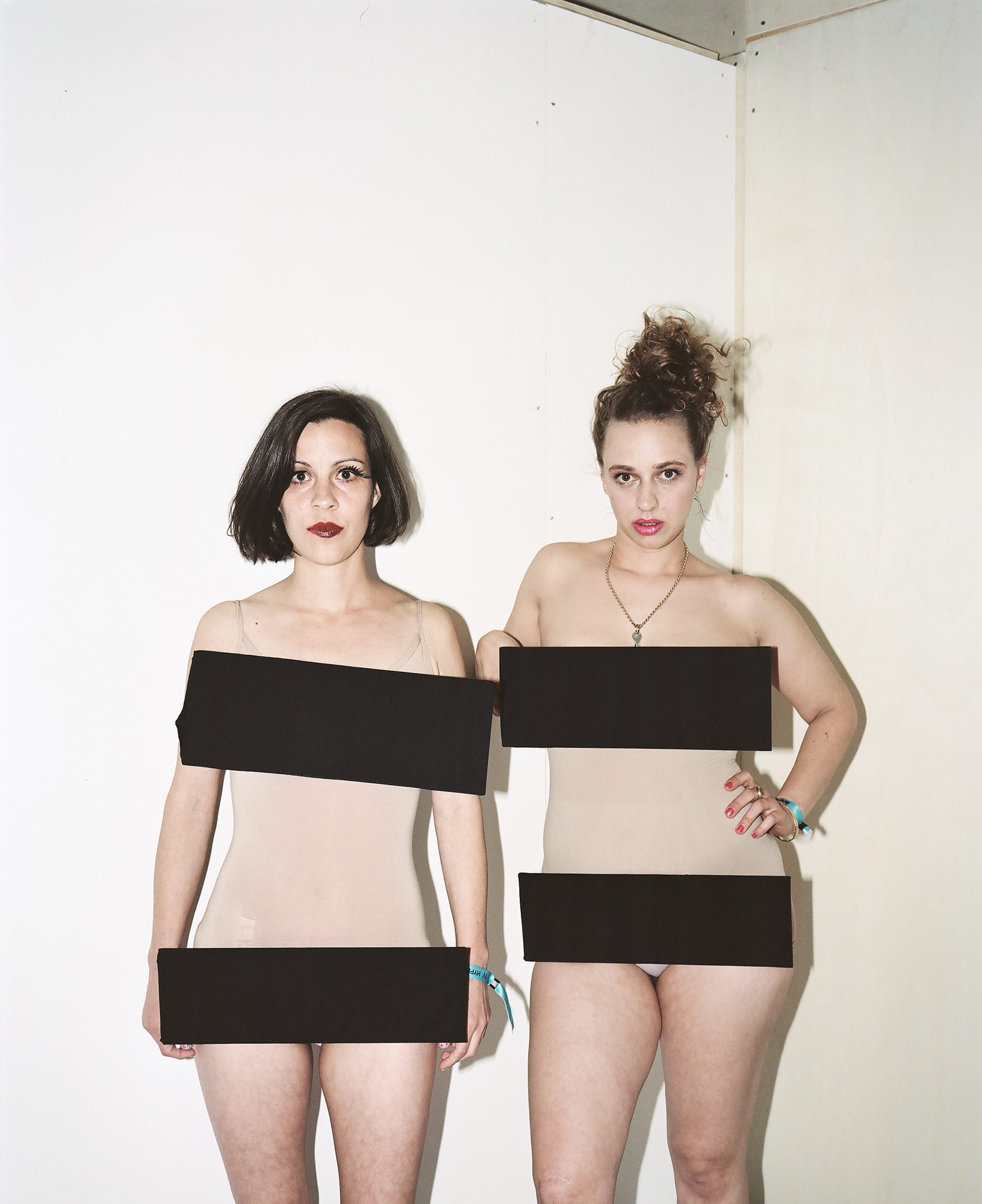 Apparently, you will hear the “emotional bridge to the cosmic music of Can and the aural sculptures of Conrad Schnitzler” at Spechtl’s show. The producer compiles electronic music models on top of percussion and string elements; it’s a soundscape for the blueprints of tomorrow he developed after a two-month stint in Tehran. And just as 2018 has been corrupt with complexity and a craving to return to the good ‘ol times, Spechtl’s project just goes to show that the land of fear can indeed be scraped away and built anew.

houaïda sings RnB-style pop in a fictitious language called “Eurab” and it’s near impossible to find any of their music online. They’ve also done quite a bit of work in the way of sound and space (i.e. performative concerts) with a project called “Home_A Transonic Journey.” The principles of a non-contextualized artist are felt firmly when attempting to capture the aboutness of houaïda. As such, Lola will definitely be passing by the Kunsthaus KuLe to break the traditional festival cadence.

Someone coined the phrase ‘Neukölln Chill’ to describe Bad Hammer’s tunes, but listening to “Forever” you get more of a ‘Drunk at the Roller Rink’ vibe. Whether you can grasp Neukölln’s dazed-and-confused musical aesthetic or have actually never been to a roller rink is irrelevant. What’s important is that Lisa Klinkhammer and Johannes Badzura have managed to capture something original in skirting 80s wanderlust and DIY synth sounds (iPhone playbacks). 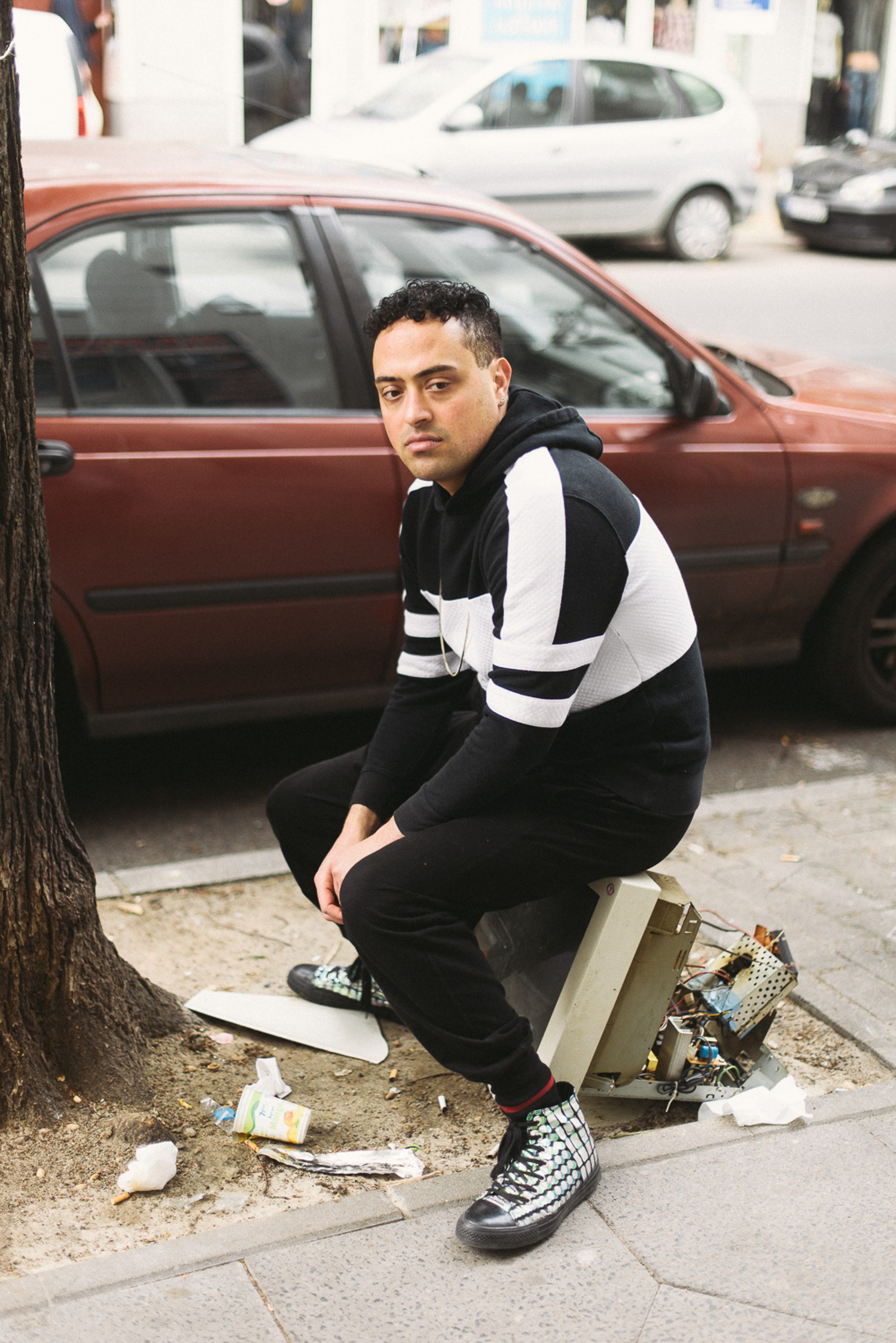 This is also the first year TSF will offer a short film program with two documentaries (Conny Plank: The Potential of Noise, Queercore: How to Punk a Revolution) on Saturday at ACUD Kino from 6 pm. A discussion with directors Stephan Plank and Yony Leyser will follow the two screenings. 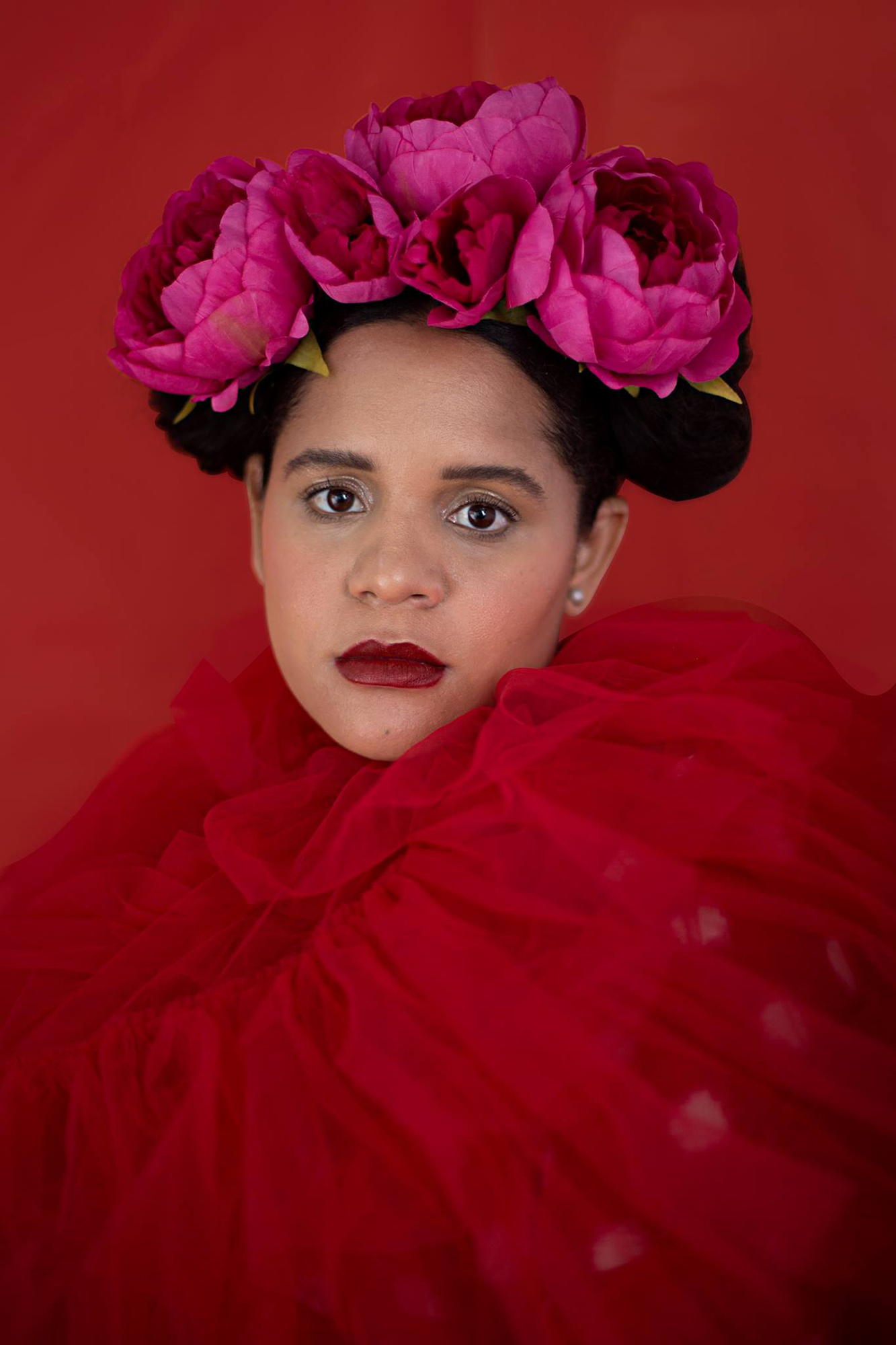 After the marathon of action that was Saturday, you get to have a lie in and catch up on some sleep. This year Torstraßen is closing in style with a glorious triple threat of a gig at Volksbühne. Alex Cameron & Roy Malloy, Lido Pimienta, and Itaca will be gracing the stage, and if that combination of stellar artists isn’t enough to coax you there for 7pm on Sunday evening then there is a good chance you are dead inside.

Tickets for the Saturday program cost €18 (not including The Party!) and Sunday’s tickets run for €20. For more info on all the events and the weekend’s agenda, visit torstrassenfestival.de.