The LOLA Guide to EMOP Berlin 2020

Our tips for the questioning, subverting and engaging photography festival

In a time where technology, social norms, and society as a whole are rapidly changing, the medium of photography is encountering a turning point. Through waves of digitalisation, hyper-capitalisation, and socio-political changes, the art world is adapting fast. The European Month of Photography (EMOP) is celebrating the past, present, and future of photography as an artistic medium, and all of the complexity that comes with its evolution.

For its 9th edition, EMOP Berlin opens its metaphorical doors to 114 exhibitions, featuring the works of over 500 photographers. This month-long celebration of photography takes place throughout October in galleries across Berlin and Potsdam. The opening days, happening from October 1st-4th, feature panel discussions and artist talks, as well as the opening of the festival’s main exhibition, CONTINENT – In Search of Europe, at Akademie der Künste on Pariser Platz. Although EMOP doesn’t have a theme this year, exhibitions and panels are focusing on the historical relevance of photography, locating its artistic relevance in a time of digitalisation, and imagining the future of the medium. Themes of identity, borders, belonging, isolation, and movement perforate through many of the exhibitions on view. Here are our must-see exhibitions for this edition.

CONTINENT – In Search of Europe, Akademie der Künste
An exhibition by OSTKREUZ – Agentur der Fotografen
Being the featured exhibition of such a large festival, and dealing with themes as complex as nationality and identity, it might have been easy for an exhibition like ‘CONTINENT’ to lean on clichés, to remain conservative, to fall flat. Nothing could be further from the truth. When walking through the exhibition, the viewer is not only invited to engage with a multitude of photographical formats and elements, but the formalistic and conceptual backing of each featured artist is varied and complex. Organised by OSTKREUZ – Agentur der Fotografen, a group of 23 artists, in cooperation with Akademie der Künste, this impressive group show only seems fitting as the focal point for a celebration of the photographic medium within Europe.

Artists engage with the conception of nationality, the search for european identity, and all of the complex socio-political issues associated with that search. Suspending photos in time between past and present, engaging with an unknown future, ‘CONTINENT’ quite simply makes you think. Issues of identity, migration, freedom, socio-economic issues, growing up, remembering, remembering trauma, imagining trauma, security, health, borders, boundaries, and how they all commingle is explored in delicate yet powerful ways. A major highlight are the works of Johanna-Maria Fritz, a series called ‘The Most Powerful Witch of Europe’, exploring the depth and complexity of the female condition, mysticism, and commercializing identity all through an in-depth, striking portrait of the Romanian witch she is depicting. This series is just one of many compelling works in the installation.
Opening Days: 1 Oct. – 4 Oct
On View: 2 Oct. – 10 Jan 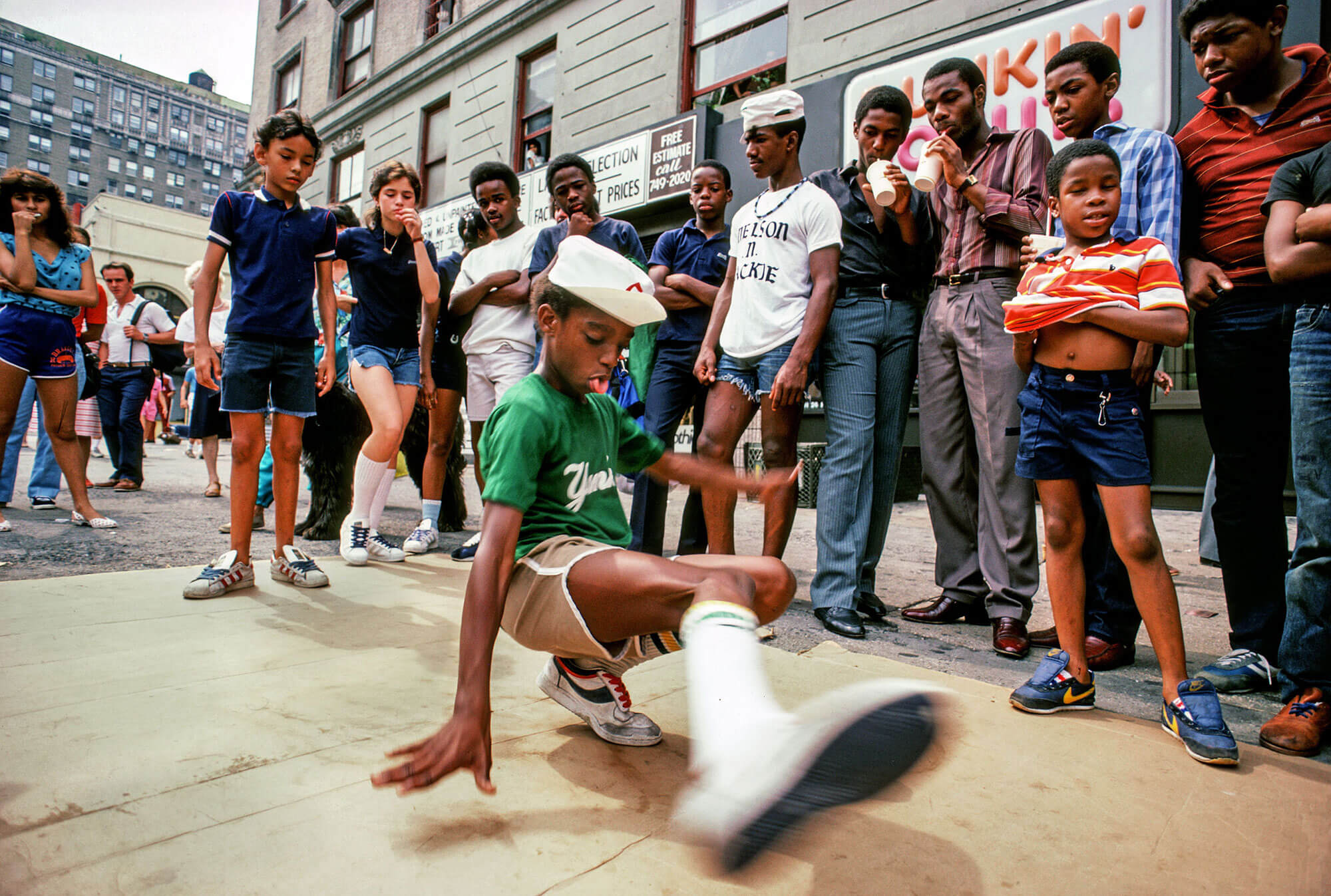 Close By – Coexistence 2020, BFF – Berufsverband freie Fotografen und Filmgestalter e.V.
Group exhibition
The BFF (Professional Association of Freelance Photographers and Film Creators) presents its timely exhibition about the changing nature of contact and the relationality between bodies. The association, composed of 500 members, has put on a group show that celebrates the diversity that comprises the association itself. Exploring themes of togetherness and separation, ‘Close By – Coexistence’ is a statement on the shifting state of realities, both in the context of the pandemic, and more generally, circulating around the changes in how we perceive bodies, borders, and movement, and the ephemeral nature of those perceptions. The aim of the exhibition is to visualize, document, and imagine the shifts in realities the world has recently experienced.
Opening: 2 Oct. 18:00
On View: 2 Oct. – 4 Oct

Remains in Development; Migration as Avant-Garde, C/O Berlin
Felicity Hammond; Michael Danner
C/O Berlin has three major exhibitions on-site featured for EMOP. Two of them, ‘Remains in Development’ by Felicity Hammond and ‘Migration as Avant-Garde’ have made it into our top picks due to the rich content they each portray, as well as their striking, inventive aesthetic dimensions.

In ‘Remains in Development’, Felicity Hammond explores elements of the postmodern city and the complexities and contradictions therein. Her bold use of collage interrogates the socio-political struggle inherent in the cityscape: the hunt for economic gain, the unending visual barrage of advertisements, the difficult ethical problems posed by waves of gentrification worldwide. Her multi-media approach to her installation, including collage and sculptural objects, highlight the themes she is exploring in a bold, enthralling way.

In stark contrast to Hammond’s exhibition is the work of Michael Danner in ‘Migration as Avant-Garde’. Using picturesque images in the context of struggle, Danner explores notions of movement. He problematizes the disconnect between forced and free movement through subverting and repositioning commonly used holiday imagery in the context of migration and struggle. The larger project, ‘Migration as Avant-Garde’ (2008–2017) uses Hannah Arendt’s concept of flight as a radical act of self-determination and faith in progress as a grounding point. The exhibition opens up a dialogue about borders, movement, and the notion of European identity.
Both On View: 12 Sept. – 23 Jan

Blind Photographers, f3 – freiraum für fotografie
Susanne Emmermann, Mary Hartwig, Silja Korn, Gerald Pirner
This unique exhibition, ‘Blind Photographers’, presents works by four artists who have all lost their sense of sight. The exhibition showcases the search for what is lost on an extremely visceral level. Using inventive techniques that work as a surrogate for the act of seeing, each photographer creatively translates visual perception into an act of physicality and communication, through directing sighted assistants via describing bodies, lighting, and other elements of their works. The visual output transcends the physical act of seeing and communicates the visual from the extravisual.
Opening: 2 Oct. 19:00
On View: 3 Oct. – 17 Jan

Running prior is the graduate class of 2020’s group show, ‘Eyes Wide Open’. Calling attention to the medium of photography itself, concerned with the view and observation, this exhibition explores what the medium of photography can do. Opening your eyes often means confronting more than just a visual stimulus, as the works of these photographers present. Positioning photography as a medium for understanding, connection, courage, and open-mindedness, this exhibition of 26 works explores a multitude of perspectives, both philosophically and otherwise.
The Anatomy of Human Destructiveness On View 30 Oct. – 1 Nov. at TRIBES
Eyes Wide Open On View 1 Oct. – 7 Oct. at Kühlhaus Berlin 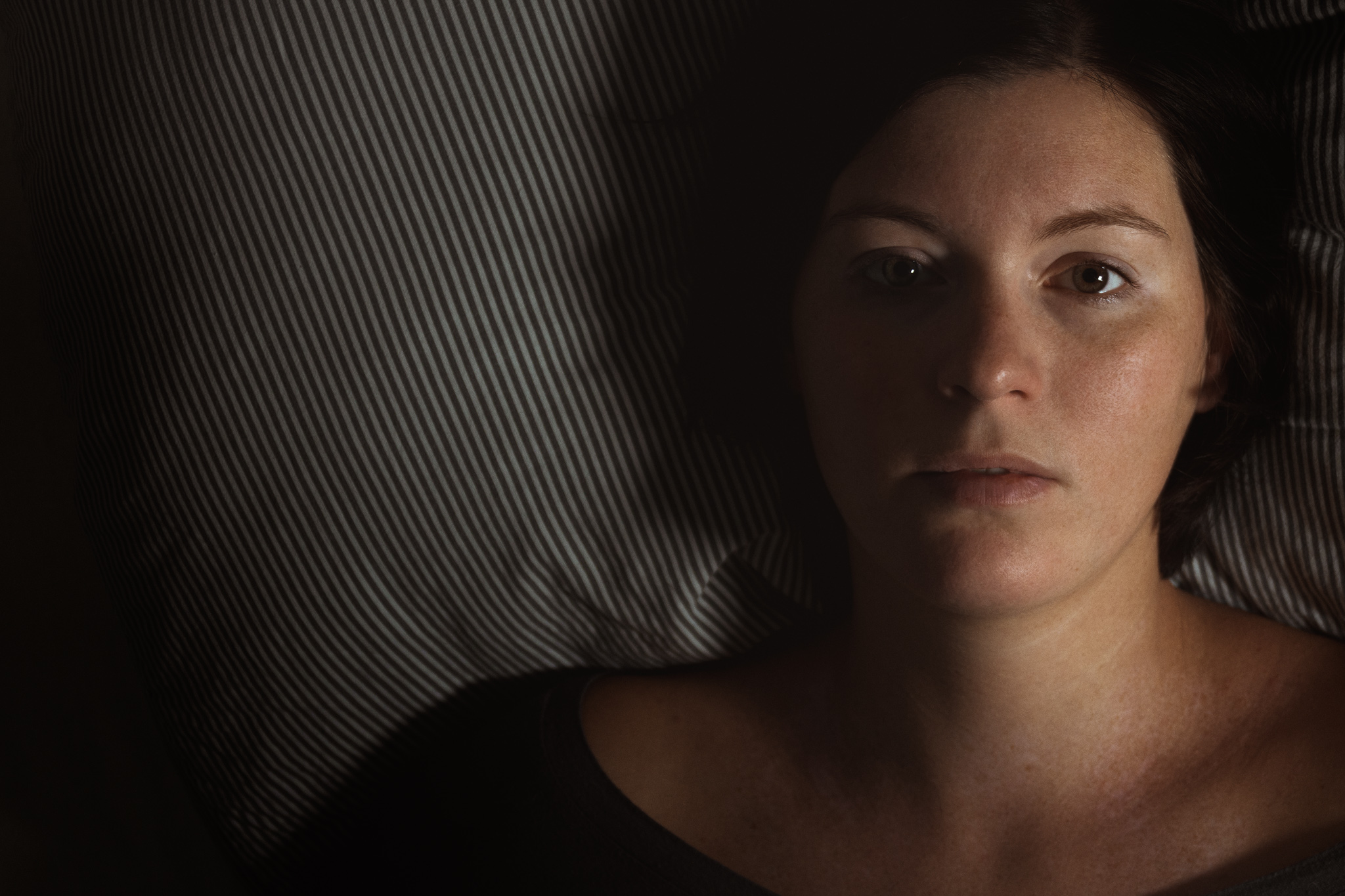 Atopie; Inner World I Exterior Space, Neue Schule für Fotografie Berlin
Graduates’ exhibition #27 supervised by Eva Bertram and Eva Maria Ocherbauer; Graduates’ exhibition #28 supervised by Eva Maria Ocherbauer and Bertram Kober
The Neue Schule für Fotografie Berlin is featuring a similarly impressive range of student works from their graduate classes. Showing in succession of one-another, the program at the Neue School begins with ‘Atopie’, an exploration of the in-between. This ambitious project, to capture the unlocatable, to represent the ungraspable, has resulted in a striking collection of photos that question the mundane, provoke the viewer, and reposition the act of viewing as a no longer objective, simply empirical practice, rather one that is as ever-shifting as the realities these photographers are attempting to capture. Themes that run throughout the show are the ideas of mise-en-scène, imagining, and the uncanny.

Taking a different approach to the perception of a shifting reality are the featured artists in ‘Inner World I Exterior Space’. Rather than exploring the in-between, these graduate students are showing a body of work meant to explore the relationship between inside and outside. In photographs, collages, and film, they conceptually explore interior worlds that find a corresponding exterior space through their respective mediums. Exploring various notions of signals and traces, these students’ works highlight the enduring, cyclical nature of humanity.
Atopie Opening: 18.Sept. 19:00 / On View: 19.Sept. – 25 Oct.
Inner World I Exterior Space Opening: 30 Oct. 19:00 / On View: 31 Oct. – 20 Dec

Play of the Body in Space, STUDIO 4 BERLIN
Yumna Al-Arashi, Hicham Benohoud, Jenna Westra
In the exhibition ‘Play of the Body in Space’, the works of three artists intermingle in interesting ways. The exploration of the human body as it occupies space calls attention to questions of the gaze, the subject-object relationship, and then necessarily power relations. Through playing with these notions and staging or performing photographic moments, transgressions of more traditional notions of the gaze are problematized and teased out in unique, impactful ways.
Opening: 01 Oct. 18:00
On View: 1 Oct. – 31 Oct 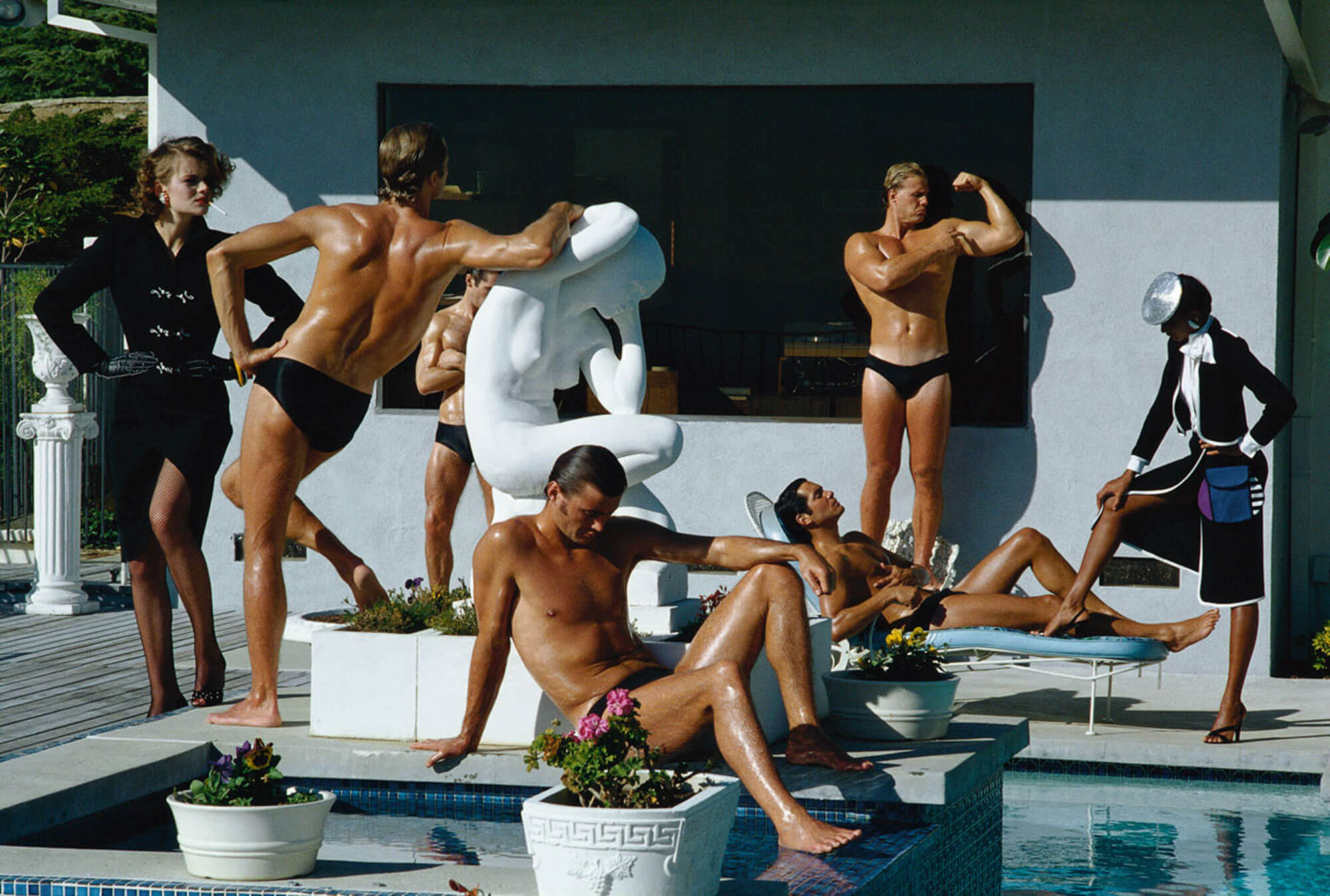 Although these are our top picks, there are many other exhibitions that shouldn’t be missed. Berlin’s own Sven Marquardt presents his solo exhibition, Stageless, at the Friedrichstadt-Palast Berlin. Marquardt’s exhibition shows a body of work about dancers off-stage, vulnerable, exhausted, and real in a series of portraiture.

The history and growth of Berlin sub and counter culture is also highlighted in several exhibitions this year, including Ralph Marsault: Berlin Years on the Wagenburg at FHXB Friedrichshain – Kreuzberg Museum, depicting Berlin caravan counterculture in the 80s; BUCHT, an exploration of the subculture and changing cityscape at Rummelsburger Bucht on view at musuku – Museum der Subkulturen; No Man’s City chronicling images of the city just before and after the fall of the wall at the Galerie Schöne Weide; Three Decades of Berlin featuring works about urban landscapes of Berlin over the years by Thomas Platow at the Landesarchiv Berlin; and sections of work by Wolfgang Schulz during the photographic shift that occurred in West Berlin in the 80s in the ridiculously aptly named Fotografie: Wolfgang Schulz and the Photo Scene around 1980 at the Museum für Fotografie.

The full program of exhibitions, panels, and safety measures being put in place for the festival is available at EMOP Berlin’s website.