A Weekend of Neo-Classical Delights 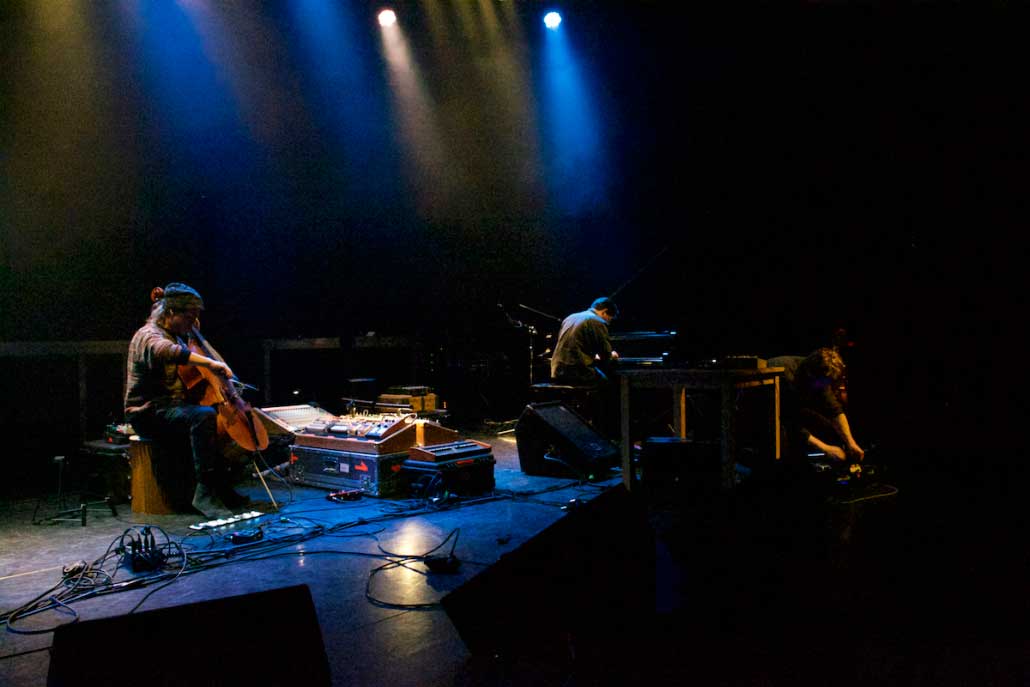 At the end of the month, Potsdam will play host to a neo-classical gala that will feature the latest  project by Erased Tapes’ Peter Broderick, a film screening by Iceland’s accomplished Ólafur Arnalds, a yoga-score by Tangerine Dream’s Hoshiko Yamane, and much much more.

To get a deeper insight behind what one can behold during Q3AMBIENTFEST, the three day ambient-boutique fest taking place at Fabrik Potsdam, we spoke to the curators CEEYS, aka. neo-classical production duo Daniel and Sebastian Selke.

For more information, check out the event listing.

What made you decide to run an ambient festival?
We’ve played classical chamber music since our childhood but became interested in all different aspects of contemporary music. We soon started composing our first sketches to extend our repertoire, and electronic music artists like Vangelis, Isao Tomita, and Jean-Michel Jarre became our main inspiration.

During the 2010s we found more and more like-minded friends in the digital domain and started thinking on how to unite this growing family. Even seeing cellist Hildur Guðnadóttir win the Oscar for her innovative dark-cello Joker score shows that there seem to be signs of a change in the awareness of the industry.

So in 2017 after more than 20 years we moved to Potsdam and just the first thing we did was to found this boutique fest. It was a gift to contemporary music and a thank you for the endless support from like-minded artists and our longtime fans.

And why decide to run it in Potsdam?
From the first steps into the city’s culture and eclectic architecture — from the castles of Frederick the Great to the communist-era Plattenbauten — we found many parallels with the music approach of classically associated instruments playing experimental, accessible music.

It also feels like live-scoring the city’s eclectic architectural appearance. As an imprint to Berlin it definitely made sense to do this little add-on here in Potsdam – Berlin’s little sister.

What does the name Q3A stand for?
Communist-era buildings were given the name Q3A, which is an abbreviation for “Querwandbau” (cross-wall construction).

It was in these buildings we lived for over twenty years. These remembrances are all part of our CEEYS releases from The Grunewald Church Session to Concrete Fields, Wænde, and Hiddensee. Even our release of the same name tries to made this ‘overcoming of the wall’ a topic. 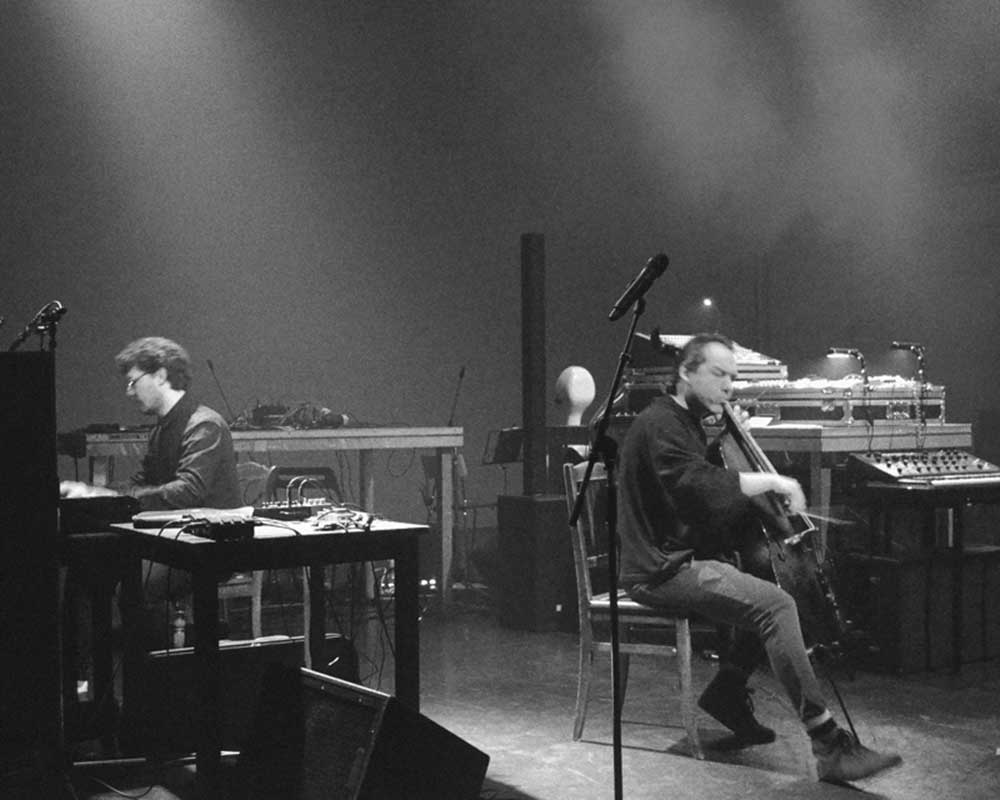 What makes the festival stand out from the other musical offerings happening?
We are not just the curators. We experiment, compose and play by ourselves, and for us it feels really more like a family meeting when handpicking the lineup. A little bit like Christmas in April right before Easter.

The idea was to just find the time and place to share ideas, and in best case collaborate. We also hope to bring inspiring moments to the creators and listeners to maybe even start their own musical vision and become one of us.

For us the main inspiration comes exactly from these subtle first steps. Listening to someone, watching to find this little spark what makes the difference. Emerging artists are invited along with nice side-projects by the established scene. We position ourselves more closely to the new experimental projects.

In the end it is a search for hope; a light in the end of the tunnel in these complex sometimes confusing days. Plus the audience is always invited to send us links to new discoveries.

The repertoire of Q3A starts with all aspects of contemporary classical music; post-/alt-/modern-/indi- or neo-classical and yes, we already know the different shapes of each facet. We then move on to ambient, drone, experimental but also singer songwriters are welcome.

We also have an interest in the male/female gender balance, from the team to the artists, and are part of Keychange/PRS foundation.

Every artist can be heard when entering the venue on Friday evening to Sunday thanks to a really straight and simple schedule. Of course there is kind of a delicate red string by our curation but no crossover shows. Audience and artists (and we) don’t have to hurry, don’t lose any performance. There is no rush then just the performances.

Apart from yourselves of course, who else should people check out on the line-up?
It’s a nice handpicked weekend and not too expensive so to be honest you should check out all our acts. They are definitely all worth it.

All contributions have kind of personal connection to us or even collaborated with our longtime brothers duo project CEEYS.

Close to the music performances we will have a film Screening of “Island Songs” by Ólafur Arnalds. Sebastian is closely connected to Ólis’ music due to an acclaimed virtual instrument by Spitfire Audio made for film composers, which they created together with Viktor Orri Arnason. He was recommended by Nils Frahm to take part in this, and since then he appeared on a few Erased Tapes releases, including their latest anniversary box 1+1=X.

Also for the first time we pair music to sports: Gyrokinesis, an intense version of yoga. Chizu Kimura will team up on Saturday morning with Hoshiko Yamane from Tangerine Dream, and with CEEYS on Sunday morning.

Finally we round off the approach of collective thinking with a mesmerizing collaboration from CONSTANT PRESENCE, Peter Broderick’s latest duo project with Daniel O’ Sullivan and our very own duo project CEEYS.

Live on stage, this performance follows the 2×2 ambient release on legendary American Thesis Project released on the second day of Q3A in the form of a 10 inch vinyl with intricate handmade artwork by founder Gregory Euclide. Find out more here.

As artists, you focus on many East German aspects within your work. Do you think a lot of East German culture has been lost?
Well, we don’t glorify or idealize the East German communist-era. But we were and are still impressed by how people arranged their lives within all these limitations including the impossibility to travel when the world was split by the iron curtain.

We started thinking about how things came like they still exist. Even our project, in that it brings together two instruments together and makes them one: CEEYS. We also try to walk in the musical footsteps started by East German music projects. So you could even read CEEYS as a mixture from the eastern band City, who included a violin in their rock-setup, and the synthesizer duo project Key by Frank Fehse.

Today we focus on that dualist balance, based on our personal story. So even small items like our portable cardboard chairs we use on stage just become an organic part of our works.

What else should people check out when making the day-trip down to Potsdam?
Like we mentioned before, our idea of scoring the city’s architecture could make sense in a nice sightseeing tour. You could take a green bus or even a raft to make it a weekend between history and holiday. Check out some art galleries in the city centre or the Filmmuseum, where every now and then our FLIMMERKONZERTE takes place.

An insider tip is the Ruinenberg, its funny fake ruins are a nice place to linger or take a selfie.

Have we not yet wetted your whistle enough? Then check out CEEYS’ music over at Bandcamp.