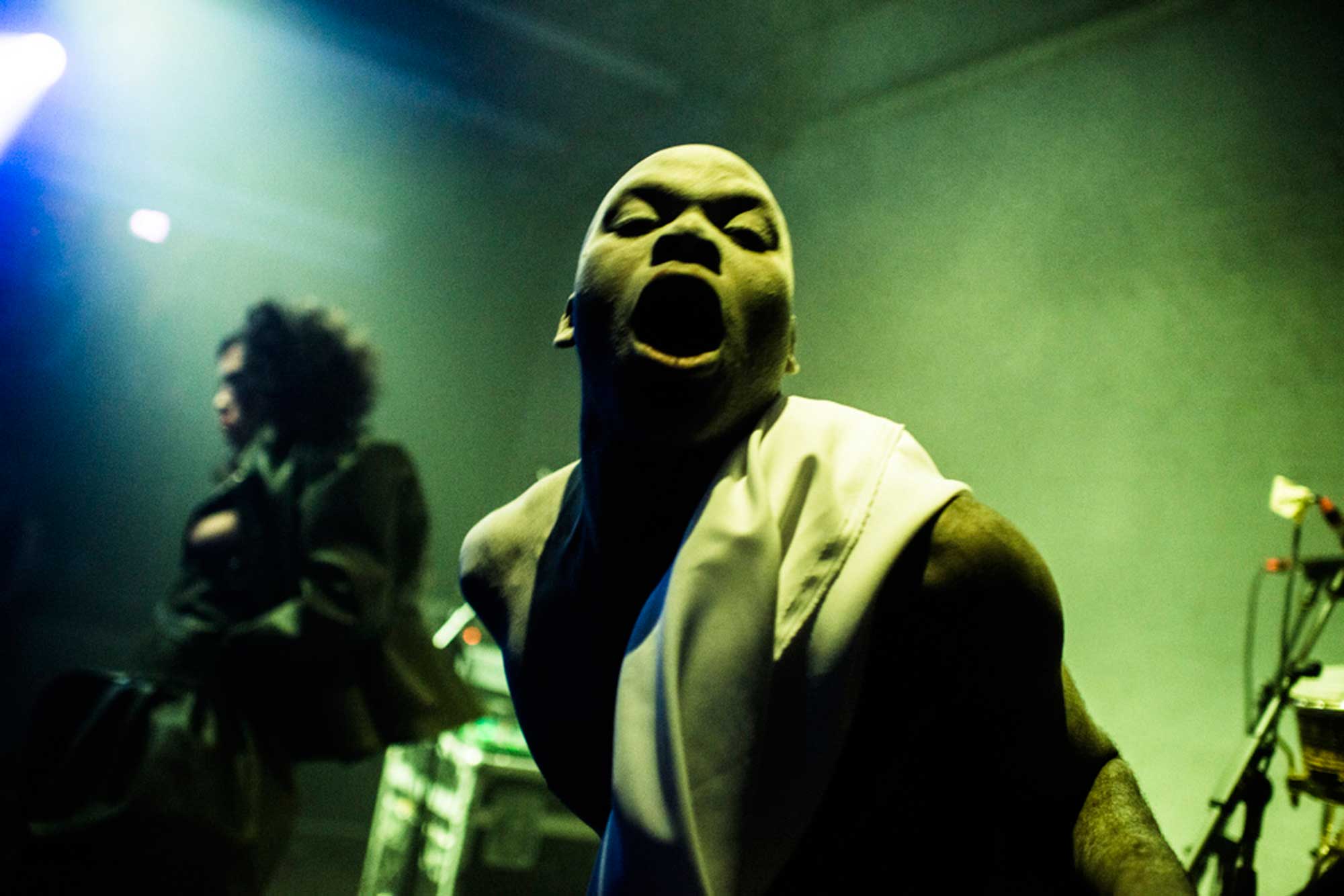 This year’s Pride celebrations marks the 50th anniversary of the Stonewall riots, when a community of gay, queer and trans people in NYC stood up against police harassment, sparking weeks of riots centered around the Stonewall Inn. This moment became the birth of the gay liberation movement, now known as Pride.

Though the Pride parade is without a doubt the most popular and visible event, there is so much more going on in the constant fight for equality. The acronym has expanded from the LGBT to LGBTQIA+, but many feel there is still a lack of intersectionality. Berlin has a history of being inhabited by queers of all kinds, but how is the Pride celebrated by less visible groups?

At LOLA, we try to have a look at all the colors of the rainbow and so we’ve selected some alternative event suggestions. They work well by themselves, or they can be combined with the big CSD parade on Saturday 27th. We hope you find an event that resonates with you, and that you take a moment to remember the people that made this all possible. Thank you for fighting with us. Happy Pride celebrations from the bottom of our hearts. 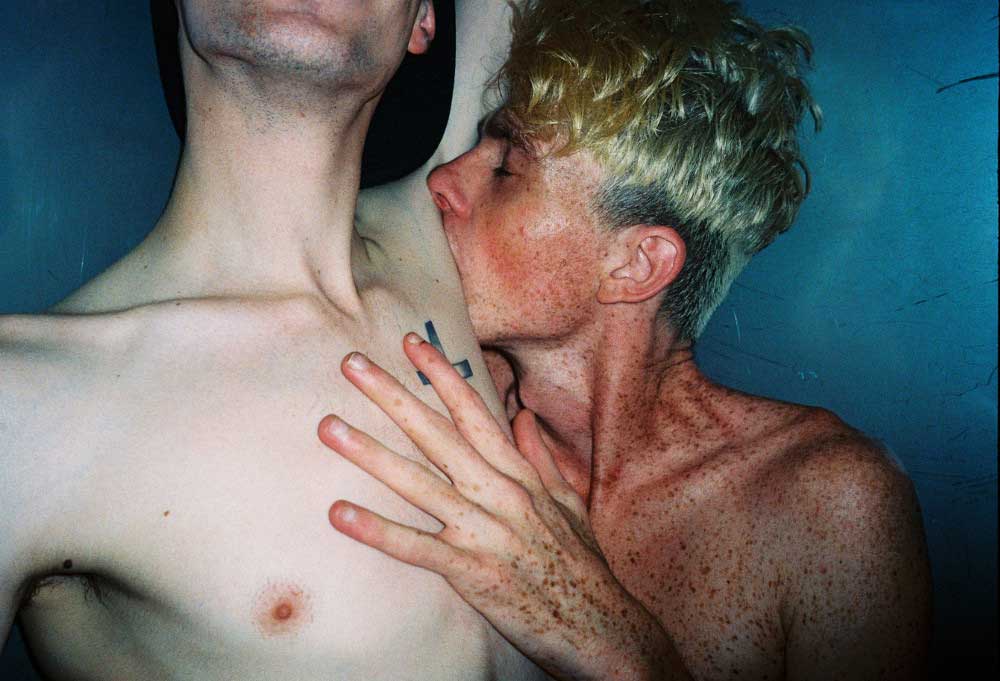 Pride week is packed with parties and raucous events, but for people who prefer more serene happenings, we recommend checking out the group exhibition at Projektraum 145 in Mitte. As a celebration of the last 50 years of development in queer politics, 26 international artists show us the contemporary faces and feelings of queer life today. What does love, life and identity look like when you’re dancing on the edge of the norm? Get an intimate insight at Queerness. 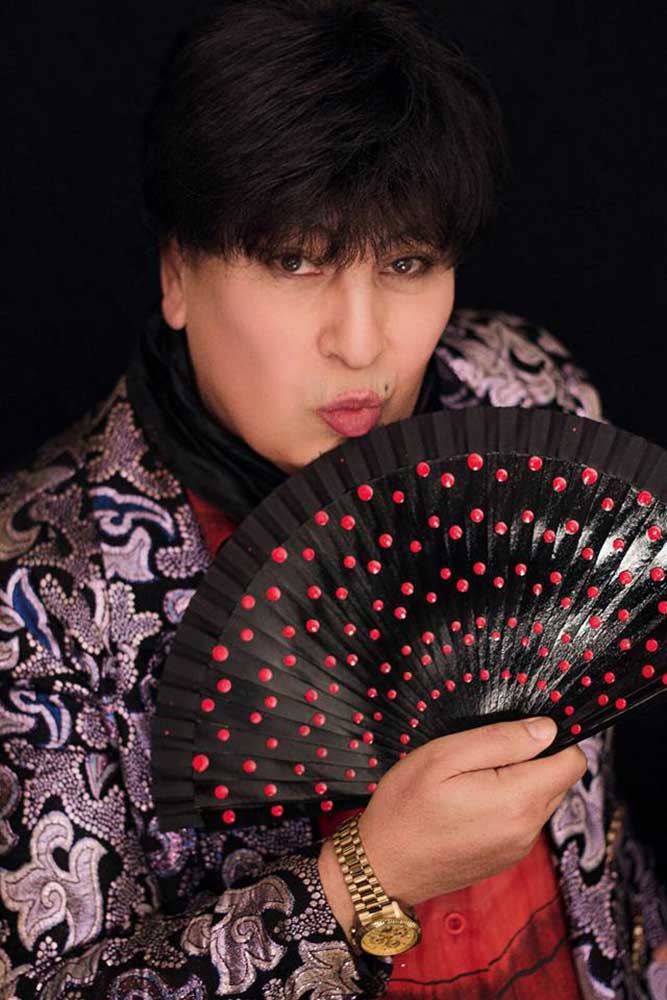 As the Pride movement gets more and more established, many queer minorities have voiced their concern about the lack of POC representation. In Neukölln, the artistic collectives Dümtek, which focuses on Anatolian and middle eastern music culture, and Queerwaves from Istanbul, have joined forces with their friends and birthed a Queer Gazino. The inspiration comes from the Turkish Gazinos, or meeting places for cultural exchanges. These spaces have traditionally been very important for trans and gay artists and with Queer Gazino there is now space for a QTPOC focused pride celebration. The entry is free and opening act is the spectacularly talented performance collective House of Living Colors. 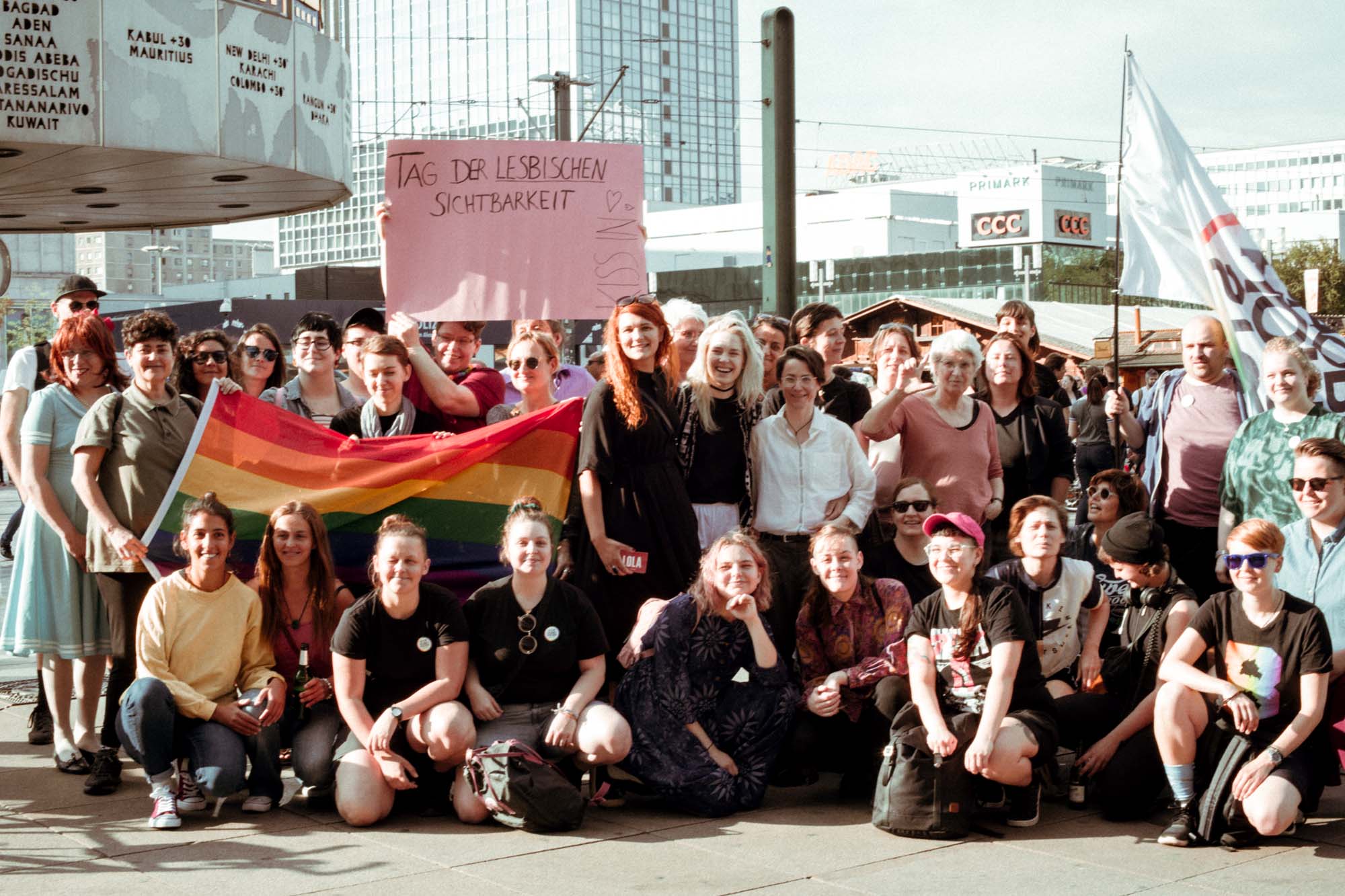 As a warm up for the CSD Parade, the annual Dyke March takes place the day before the big parade. It provides extra focus and attention to the ‘L’ of the LGBTQIA+ acronym, which can sometimes seem less visible in society in general, as well as at the big celebrations. This march is usually an impressive sight, with motorbikes riding in the forefront to gives everyone a sweet whiff leather and gasoline. The organisers stress that trans people are included in their demo and that the event is supporting the CSD parade, where they will also be present. 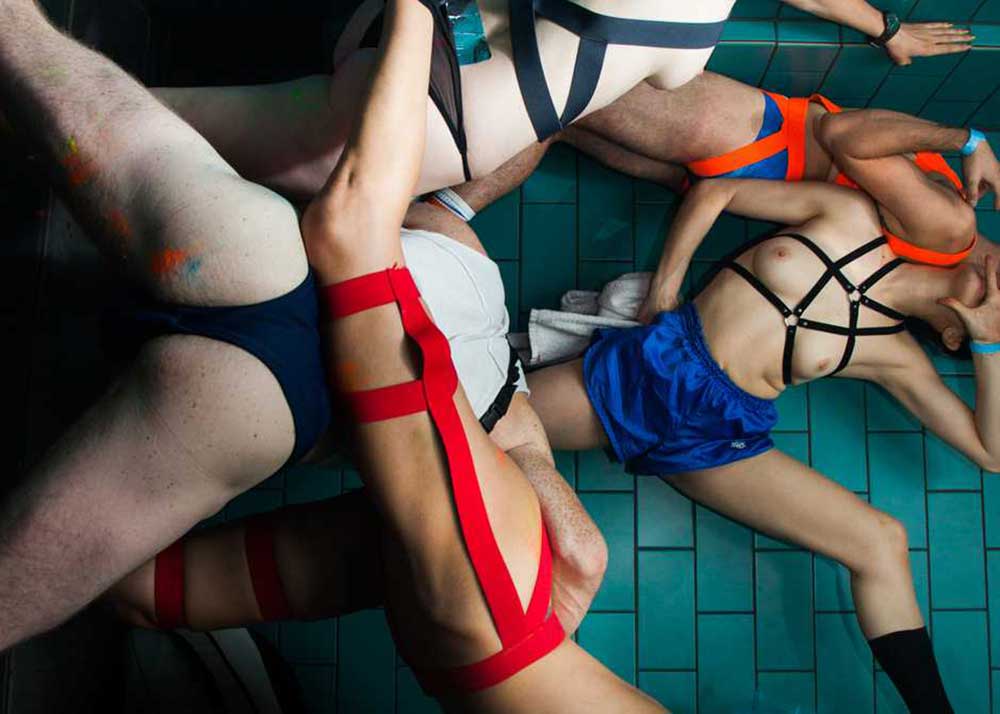 The three queer-feminist party crews; Room 4 Resistance, Lecken and Mina, have over the last couple of years helped balance out the overwhelming majority of male gay parties in the city. With outspoken intersectional profiles, they invite everybody from POC, kinky people, sex workers and all their allies, to come together, and this time around they have joined forces for a 24hr celebration of Pride. Besides a great selection of DJ’s, the festivities with also include a cinema for the artsy and melancholic, and a spectacle by the otherworldly performer Olympia Bukakkis.

When: Friday July 26th, entrance between 10-15€ with some of the proceedings go to transsexworks.com
Where: Polygon Club, Wiesenweg 1 – 4, 10365 Berlin
Links: Facebook event

While the big glittery Pride Parade marches on through the city, another group of queers are gathering in the heart of Kreuzberg. Under the slogan of ‘pride being political’ the organisers of The Radical Queer March wants you to pay attention to and give agency to those who might not shout the loudest themselves. With a focus on the political climate surounding queer people of color, queer refugees, as well as non-binary, intersex and trans folks, this demo is about social justice at its core. Taking a big step back from pink washing and commercialisation, the goal is to reappropriate the Pride as we know it and make it more relevant for the minorities that need it the most.

When: Saturday July 27th at 18:00
Where: Starts at Mariannenplatz, 10997 Berlin
Links: Facebook event 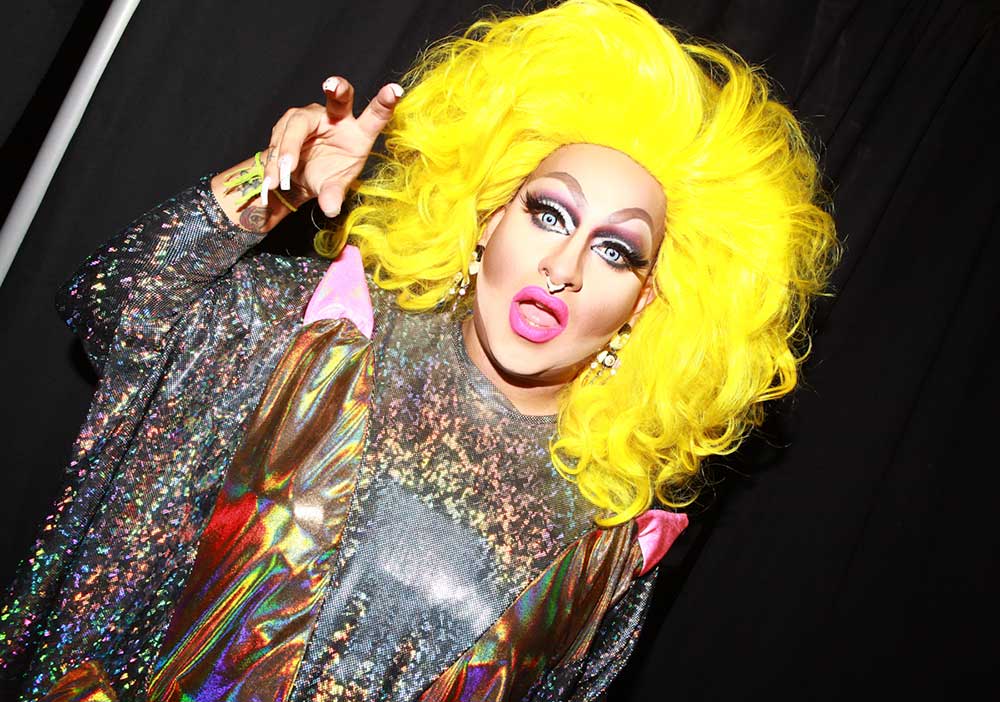 Straight out of Bushwick NYC, the international dragcon is back in Berlin to close a week of Pride celebrations. With a whole Sunday dedicated drag culture, you can expect the creme de la creme of international performers in their best wigs and glossiest gear. The beautiful Festsaal Kreuzberg and its garden will be the setting of the drag extravaganza of the year, complete with cute little shop, high haired glitter divas and degenerate trash drags.