Ffs, it’s so hard to write anything these days without referencing the pandemic. This feature has literally nothing to do with the pandemic. Like, nothing at all – it’s just a list of some of the best Berlin things we’ve discovered lately.

So why mention the pandemic at all? Well, it’s just inescapable. But if it’s escapism you seek (Look! We’re segueing our way out of it!) then we have rounded up some of the most interesting films, books, podcasts, new restaurants that you could be spending some time with right now. It’s the exact kind of thing we need to make it through this pandemic! Fuck, we mentioned it again… 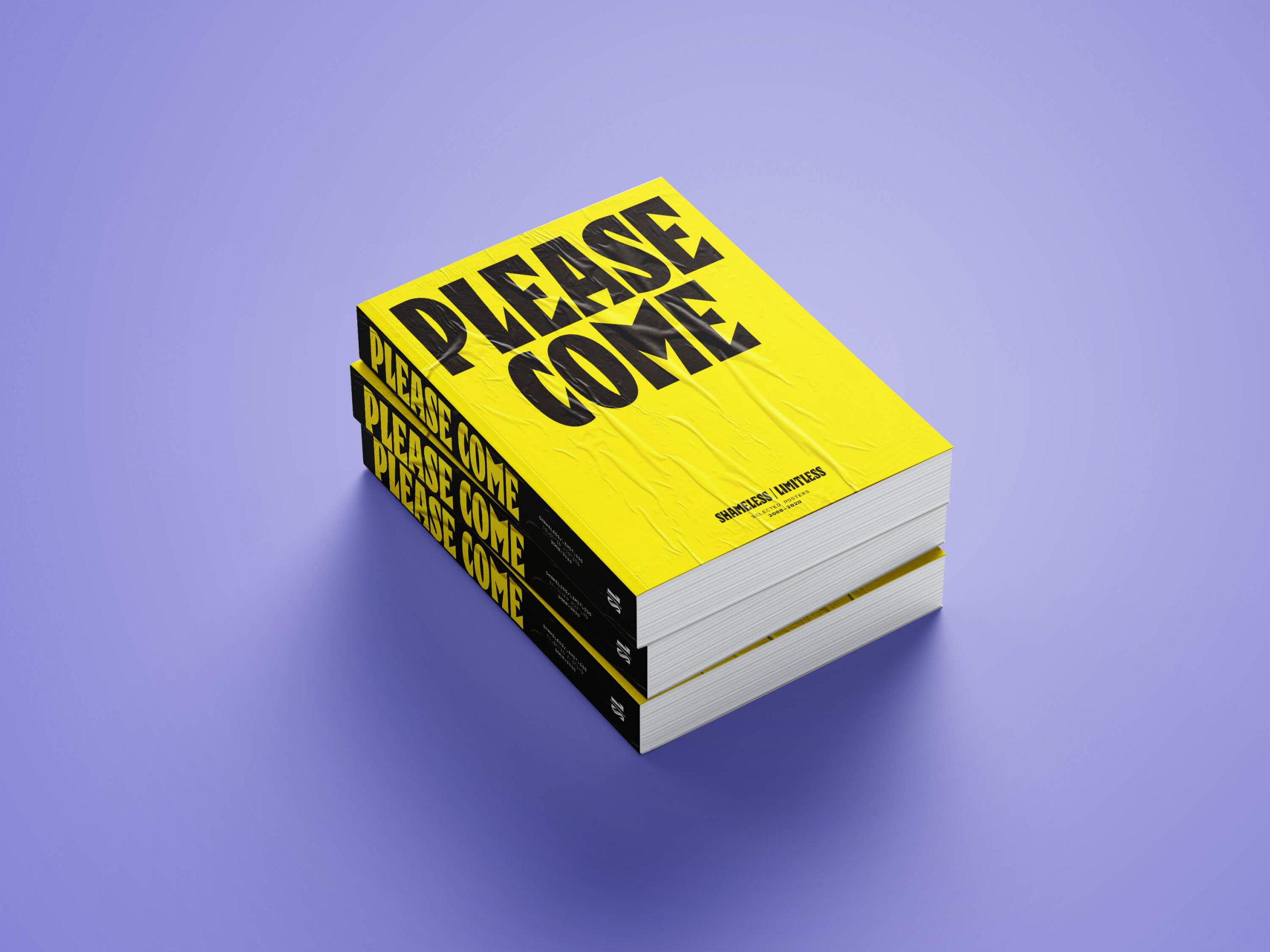 The lockdown has temporarily stopped clubbing, but it has also provided time to remember and reflect on the evolution that club culture has gone through in the recent past. Kevin Halpin, founder of Shameless/Limitless, had over 12 years of DIY Berlin parties to look back on and catalogue. Please Come is a collection of event posters, text contributions from notable Shameless/Limitless performers like Alex Cameron and Molly Nilsson, and event texts, all wrapped up in a 500+ page book sleekly designed by Fertig Design. The book is a visual-textual fusion, capturing important moments in Berlin’s musical history, and will hopefully become a jumping-off point for the future of music and clubbing in Berlin.

To find out how to order Please Come or to keep up with Shameless/Limitless updates, visit their website at: shamelesslimitless.tumblr.com/ 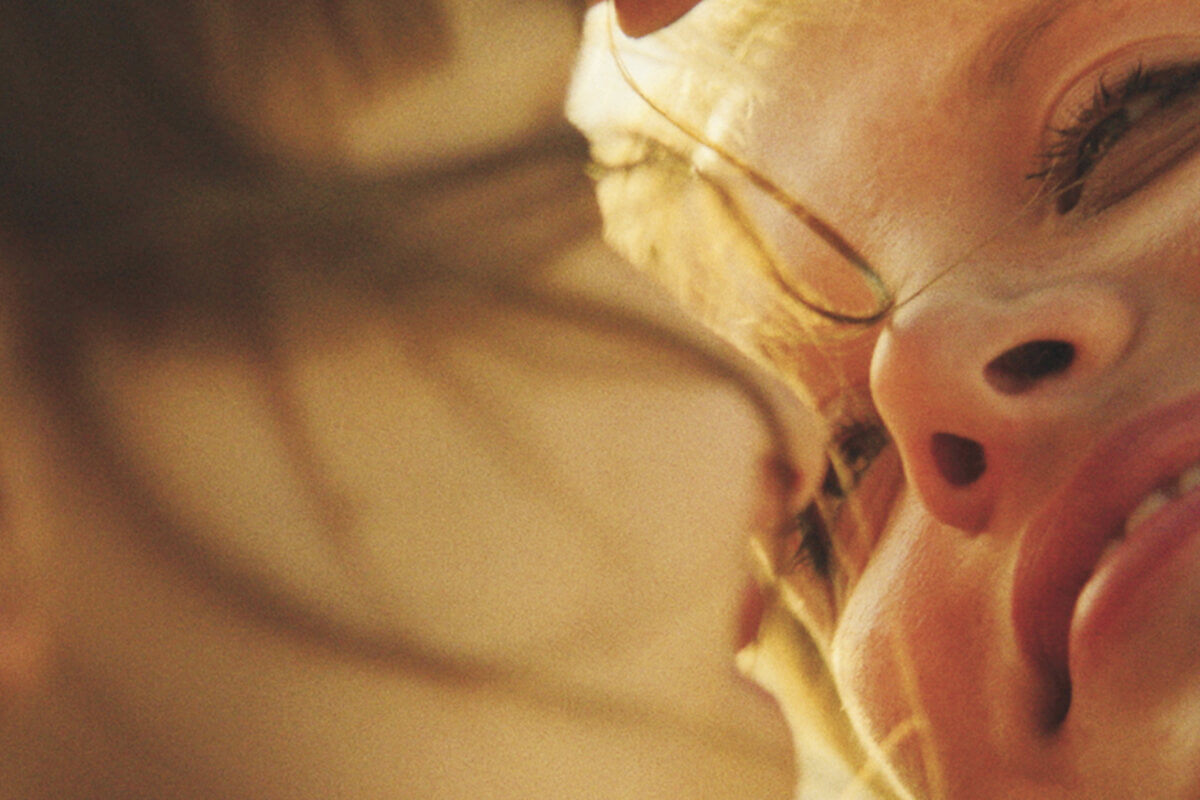 Cocoon is a feel-good coming-of-age story about a young girl, Nora, growing up in Kreuzberg and slowly discovering her sexuality. After floating through her life as a silent observer, Nora starts to feel alive when she meets a new classmate, Romy, and starts to discover both her identity and her own body. The film’s title symbolises the themes of the film perfectly and the segments of hand-held camera work and sunny Kreuzberg summer setting add the perfect glow to this empowering story about adolescence. Written and directed by Leonie Krippendorff, the film was featured in the Berlinale’s Generation section. 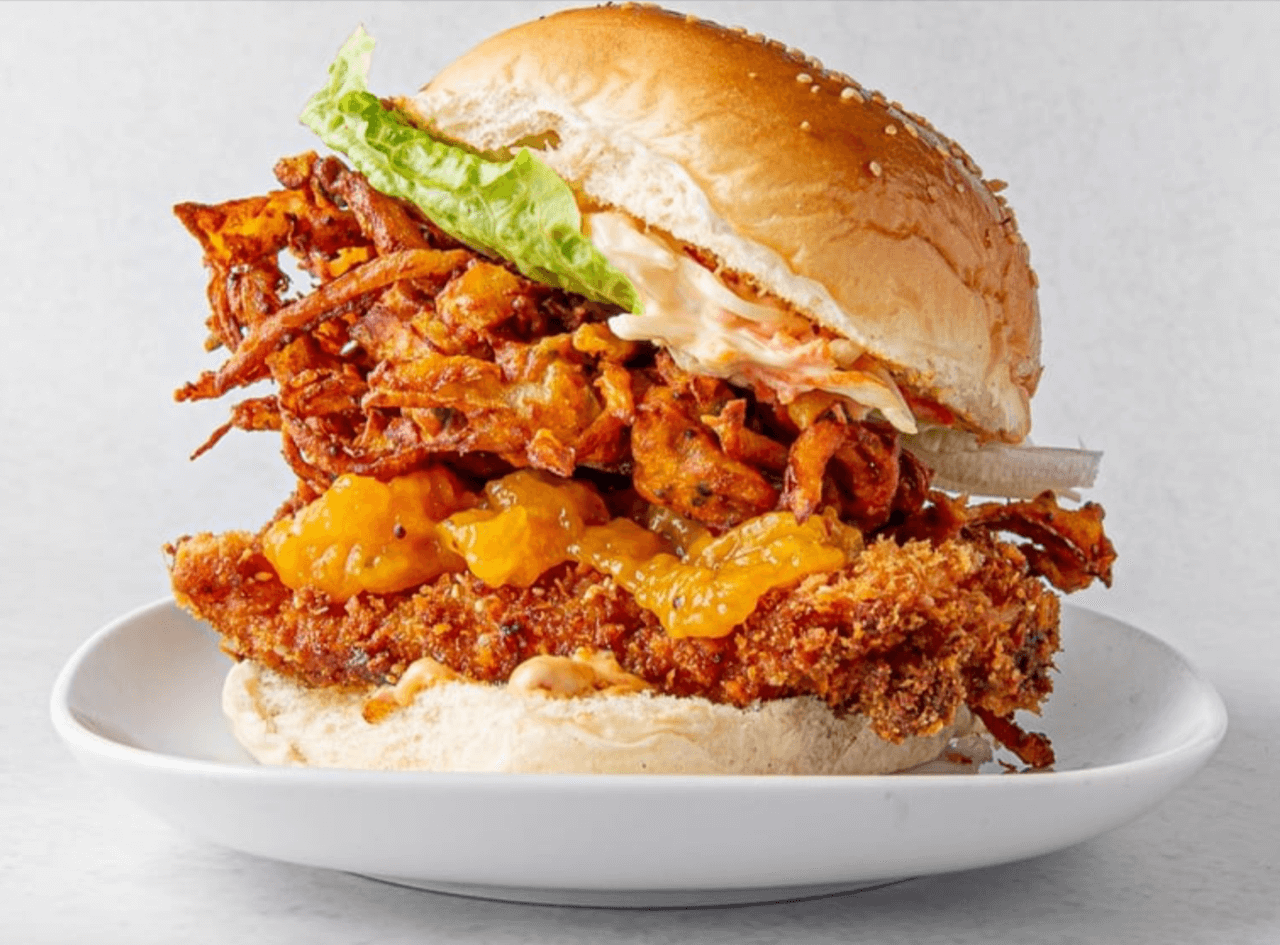 Crazy Bastard Sauce has been making handmade hot sauce in Berlin for years. They’ve also made a name for themselves with Crazy Bastard Kitchen, selling spice- and vegan-friendly food from a pop-up kitchen on Weserstraße. The time has almost come for the crazy bastards behind it all to open up their own restaurant in the same neighbourhood, making sure local palettes stay scorched and stimulated full-time. The opening date isn’t solidified yet, but the restaurant is a sure fire-y way to kick off a saucy and delicious 2021.

Information and updates about Crazy Bastard Kitchen can be found at: crazybsauce.com/restaurant 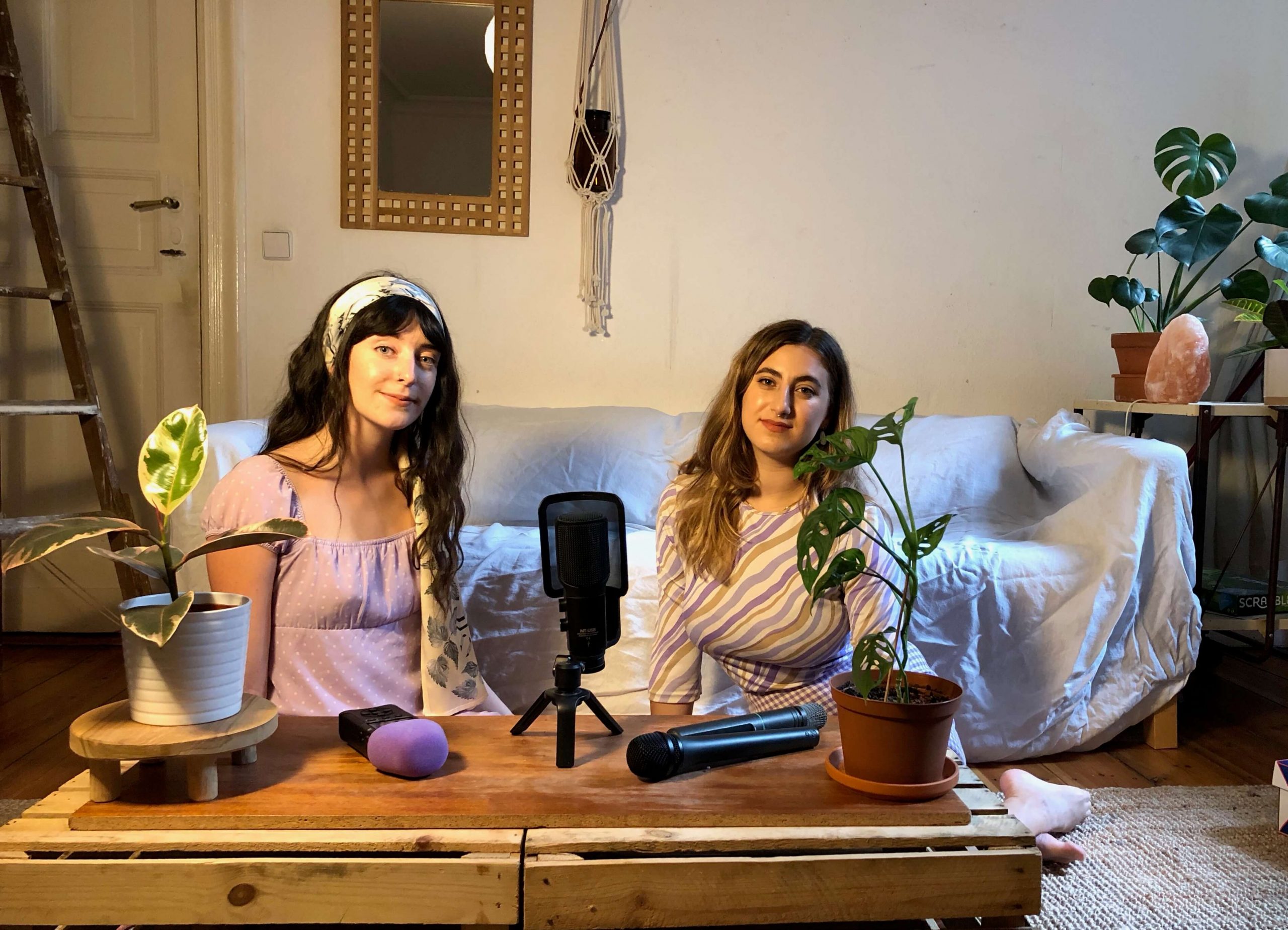 There’s a brand new podcast on the block, Invisible Friends, which covers online communities – what each community is, how it functions, and individual stories from its members. The first season focuses on different Facebook groups and the inaugural episode was ‘Expat Ladies of Berlin’, telling the story of a group of women who help each other navigate the twists and turns that German bureaucracy throws their way. The project is brand new and still developing, but it promises to shed some new light on how communication and support function in the digital realm.

OH SH*T is a short film by Elsa van Damke that exposes the huge amounts of stigma women face around their body and, specifically, their period. Inspired by a mission to make talking about menstruation not only acceptable, but normalised, Elsa’s film uses both comedy and relatability to approach the topic. The film begins with the protagonist, Maggie, in the middle of what seems to be an extremely pleasant, typical, almost cliché date and quickly changes tone as Maggie gets her period and a series of hilarious yet terrifying, mishaps occur. Maggie’s inner narrative highlights just how ridiculous taboos around periods are, making the film land in a positive, entertaining way.

To see the film or read more about the project, visit the film’s website: ohshtfilm.com or Elsa’s Instagram: @elsavandamke

One of the event cancellations that hit the hardest this year was the Berlin Atonal festival. In response to the emptiness left in its wake, the festival has released an artist-led collection featuring new music, art prints, and garments. The main highlight is a compilation entitled ‘More Light’, which brings the exploratory, experimental sounds the festival is known for to vinyl and digital formats. The vinyl box set and accompanying digital download features contributions from 19 different projects representing 14 nationalities, and catalogues over 30 years of musical experience. The label has also, in concert, released a record from Mika Vainio’s set at the 2016 edition of Berlin Atonal, prints from select visual artists who have shown at the festival in the past, select merchandise designed in collaboration with streetwear and lifestyle brand, Perks And Mini (P.A.M.), and some additional designs by Ezra Miller.

Information on Berlin Atonal’s releases can be found on their website: berlin-atonal.com 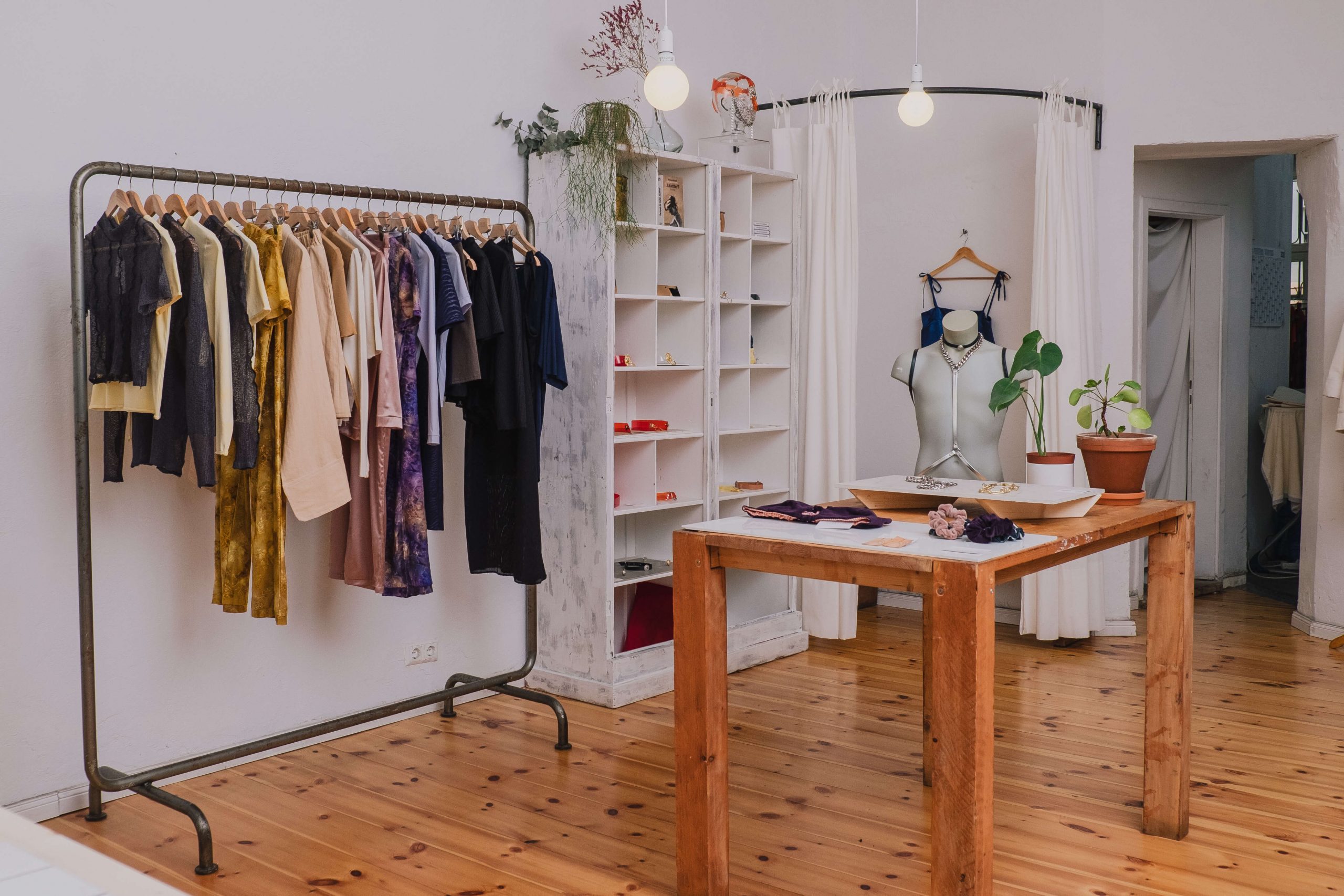 Obst und Gemüse is an atelier, shop, and fashion studio that sells handmade fashion made by six different designers living in Berlin. The shop, located in Neukölln, features extremely varied but all somehow very Berlin clothing and accessory lines from designers schroiff3000, Pep / Trapiello, Alba Beltran Valenzuela, Lizzy Lizzy, and House of Marmol. The breadth of styles displayed by the designers is impressive, ranging from artisan sheer tank tops to translucent harnesses and glamorous chains. The spirit of the Kiez itself seems to be embodied in the designs of this slow- fashion boutique. 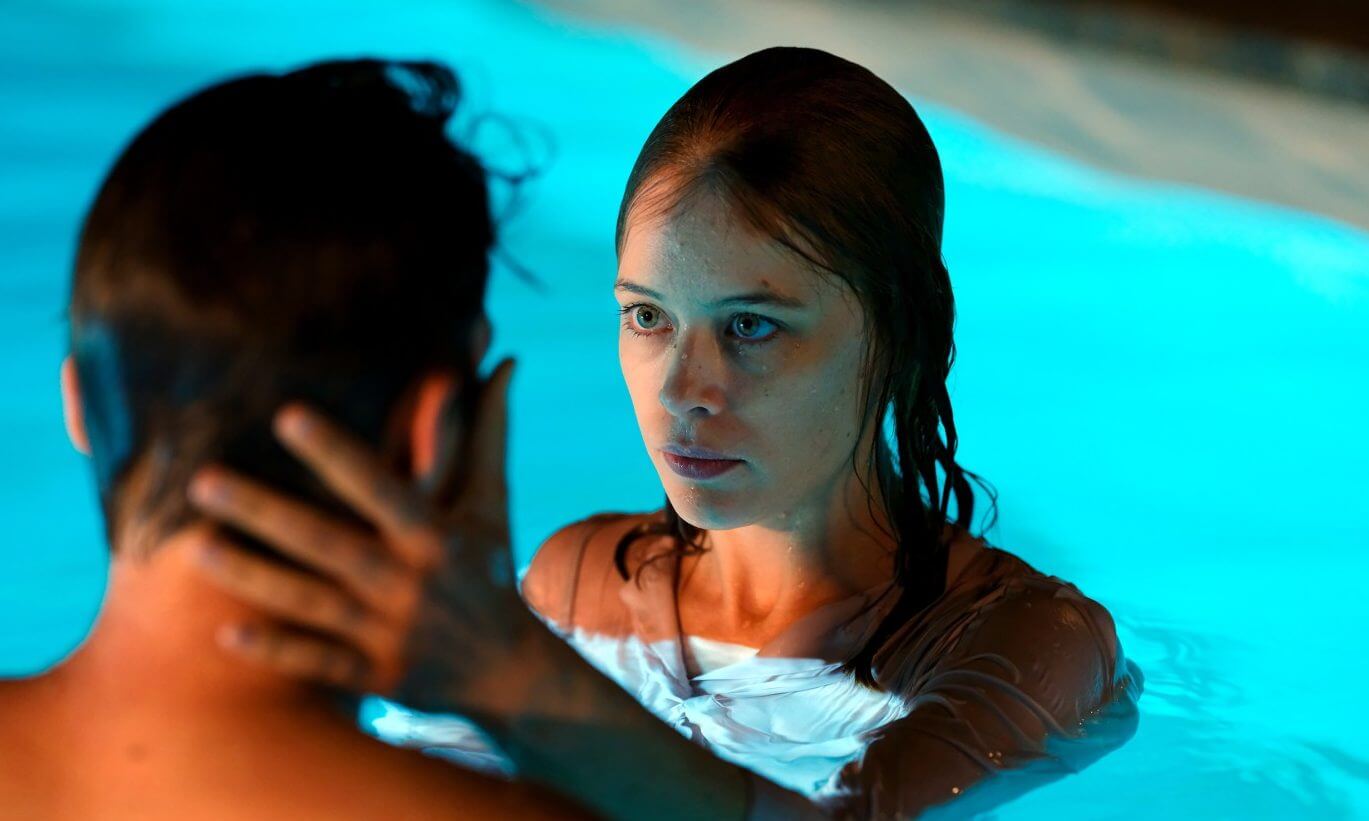 Undine is director Christian Petzold’s latest Berlin-based romance-cum-fantasy film. The story follows a historian, Undine, and her unconventional love story. ‘Undine’ is the French word for water sprite, and the associated mythology is deeply embedded in the film’s plot. After the man she loves leaves her, the story takes a turn and Undine falls victim to an ancient myth, which dictates that she must kill the man who betrayed her. But the tides turn on the plot once again, and Undine finds another lover, perhaps steering her away from an unpleasant fate. The film won two awards at the Berlinale and numerous others at film festivals worldwide. It’s a fantastical dive into the ideas of love, revenge, and the fairytale ending, as Petzold rewrites the helpless damsel into a powerful woman in control of her own destiny. 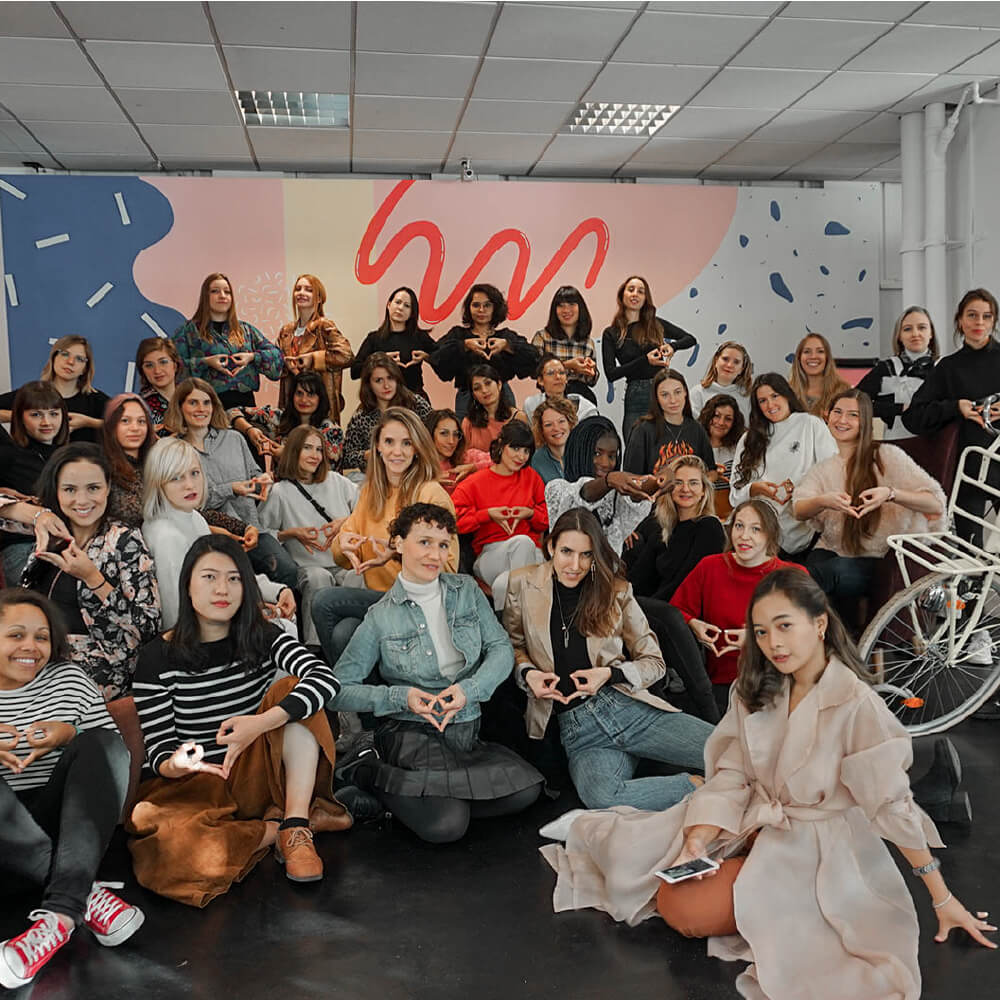 co-rebelles is a creative community for driven, female-identifying creatives in Berlin. The community is an offset of the associated creative agency, Goal Girls, and both organisations are working to smash the patriarchy in favour of radical inclusivity and ethical work practices. corebelles is out to create a space for female creatives to exchange ideas, start projects, and share work opportunities. The community is fuelled by female empowerment, the exchange of creative thought, and a strong drive for change and movement.

The co-rebelles community and their ongoing projects can be found on their website: https://www.corebelles.com/ as well as on their Instagram: @corebelles 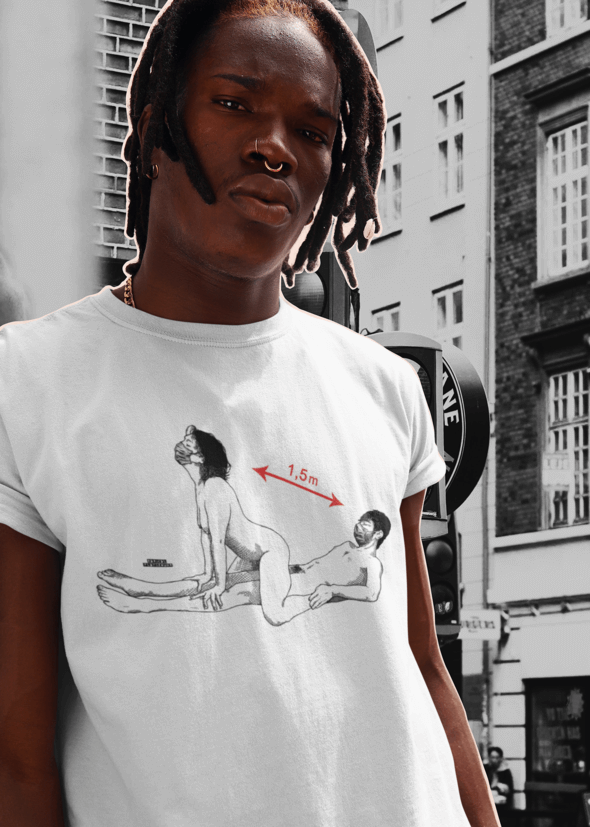 ST!NK is an indie T-shirt brand bringing street art onto the tee. Inspired by a passion for supporting artists and democratising art as a whole, ST!NK prints the artwork of international street artists on clothing, both preserving images that would normally be washed away or covered up and paying artists for work that wouldn’t normally be compensated. Most of the street artists featured on ST!NK’s designs have had pieces up in Berlin, and the colourful selection of images captures the many sides of local and international street art.