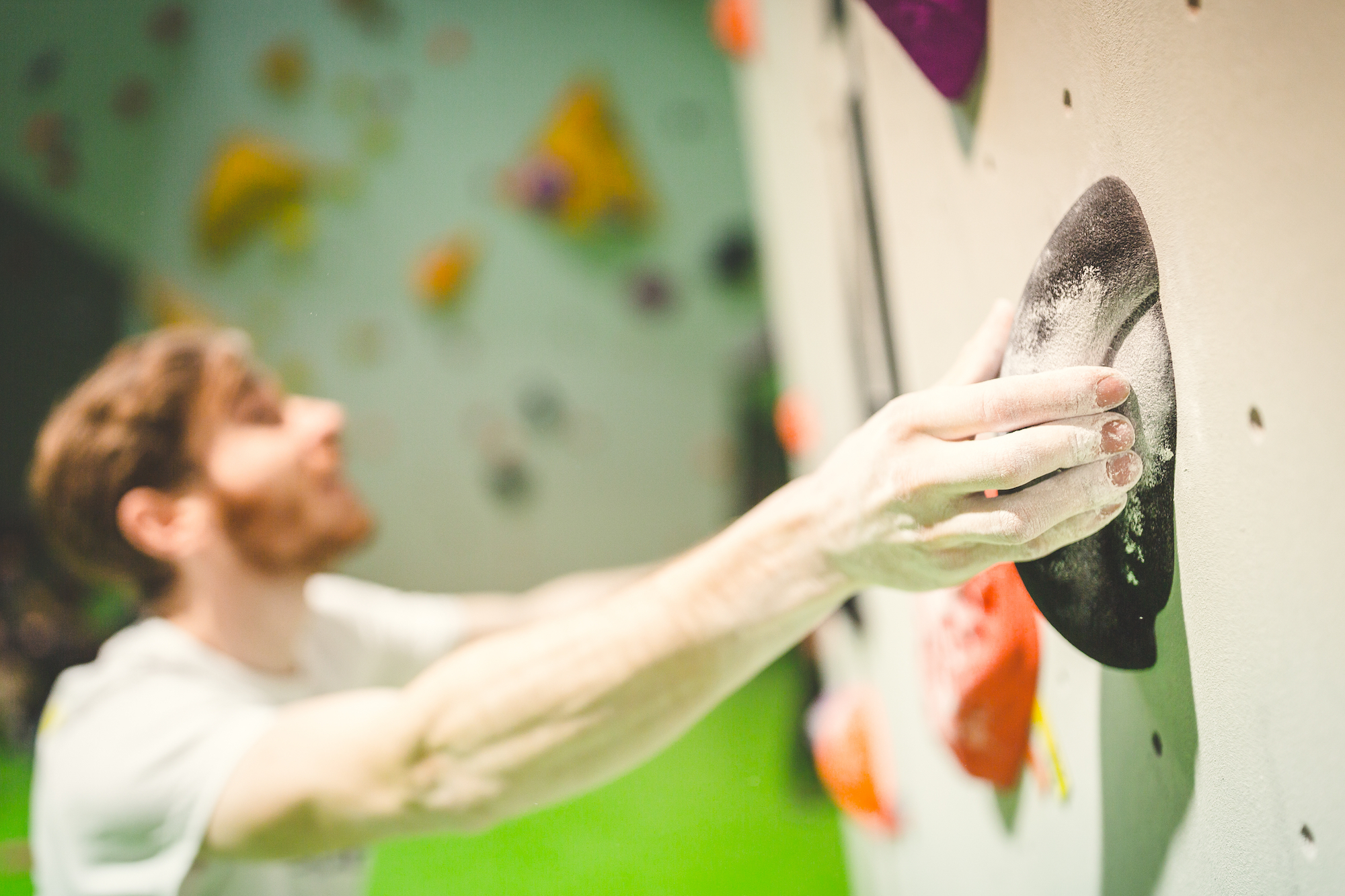 Better known as a pillar of Berlin’s English stand-up comedy circuit and one half of the duo behind Neukölln’s weekly comedy club, We Are Not Gemüsed, Caroline Clifford previously appeared in LOLA to get the last word of Issue One. Here she returns to share a fitness passion that is taking many of Berlin’s more intrepid sports enthusiasts to new heights. 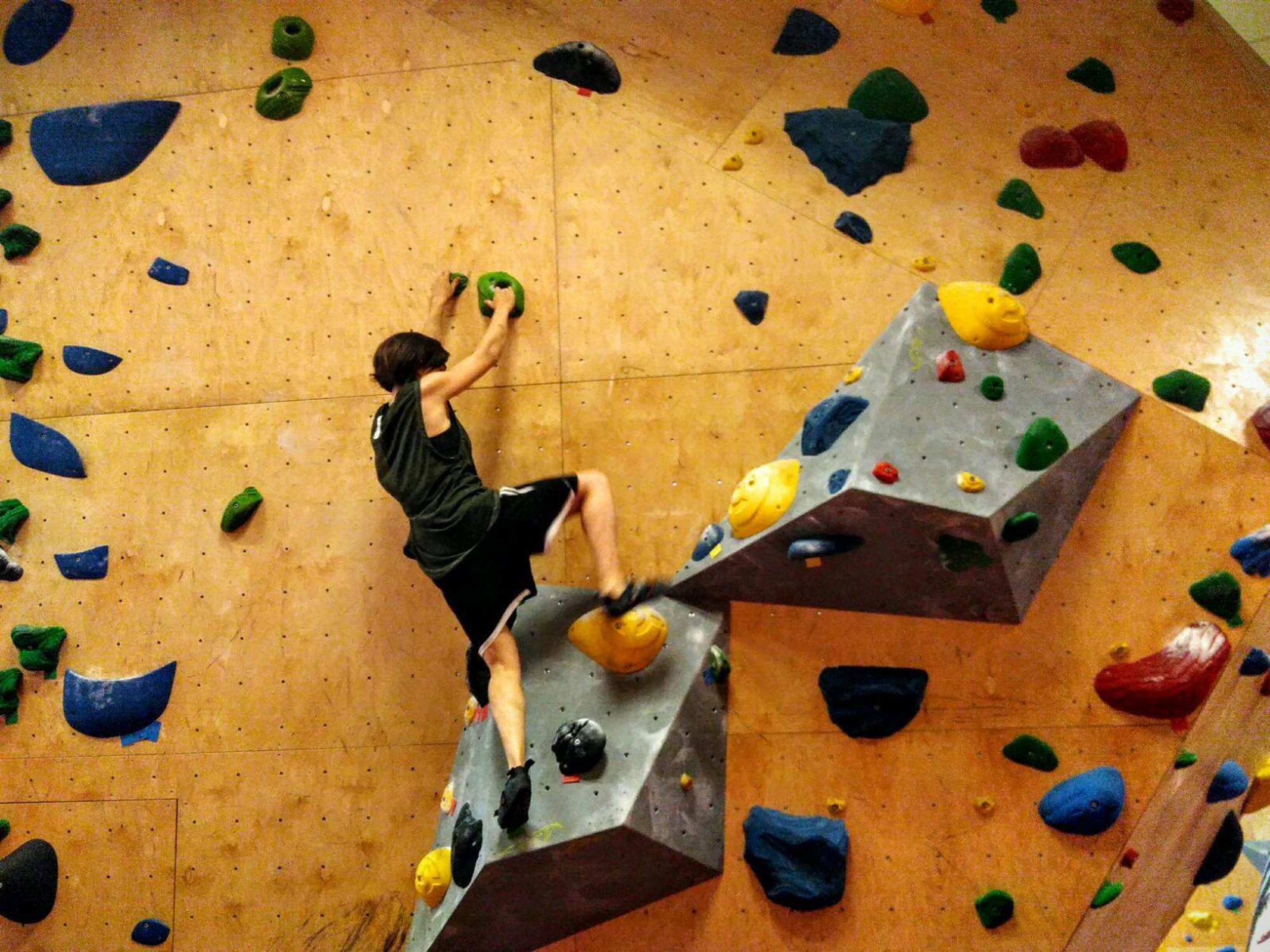 “Bouldering is climbing but without ropes. You don’t climb up as high, and if you fall it’s on to soft mats. It’s kinda safe, assuming you land well, and not on someone. In bouldering a route is called a ‘problem’, there’s a start point and end point and you can only use specific coloured rocks designated to your problem. Different colours usually denote different difficulties, and when you get to the end point you have ‘solved the problem’.

I began bouldering regularly around June 2016. Like any cult, it was a friend that introduced me to it. My first time I was too scared to go the top of any of the problems, problems that seem boring to me now. One of the great benefits is progression is fast – you can see yourself get stronger. I can do a bunch of pull ups now – OK, three. Bouldering performed at the highest level is about beauty and grace, problem solving and guts. It’s a sport for board game nerds! Gender is of no consequence (except men get much sexier muscles, damn them), in fact men can be at a disadvantage in the sport, choosing to use their upper-body strength over technique. Seeing people boulder well is really something to behold, you just want to be able to do it. It’s like watching a panther stalk a prey, watching me is more like seeing a fat kid stalk an ice cream van. But I’m working on it, I swear.

Berlin is a superb place to Boulder, there’s around 12 gyms that specialise in the sport – I vow to visit them all!” 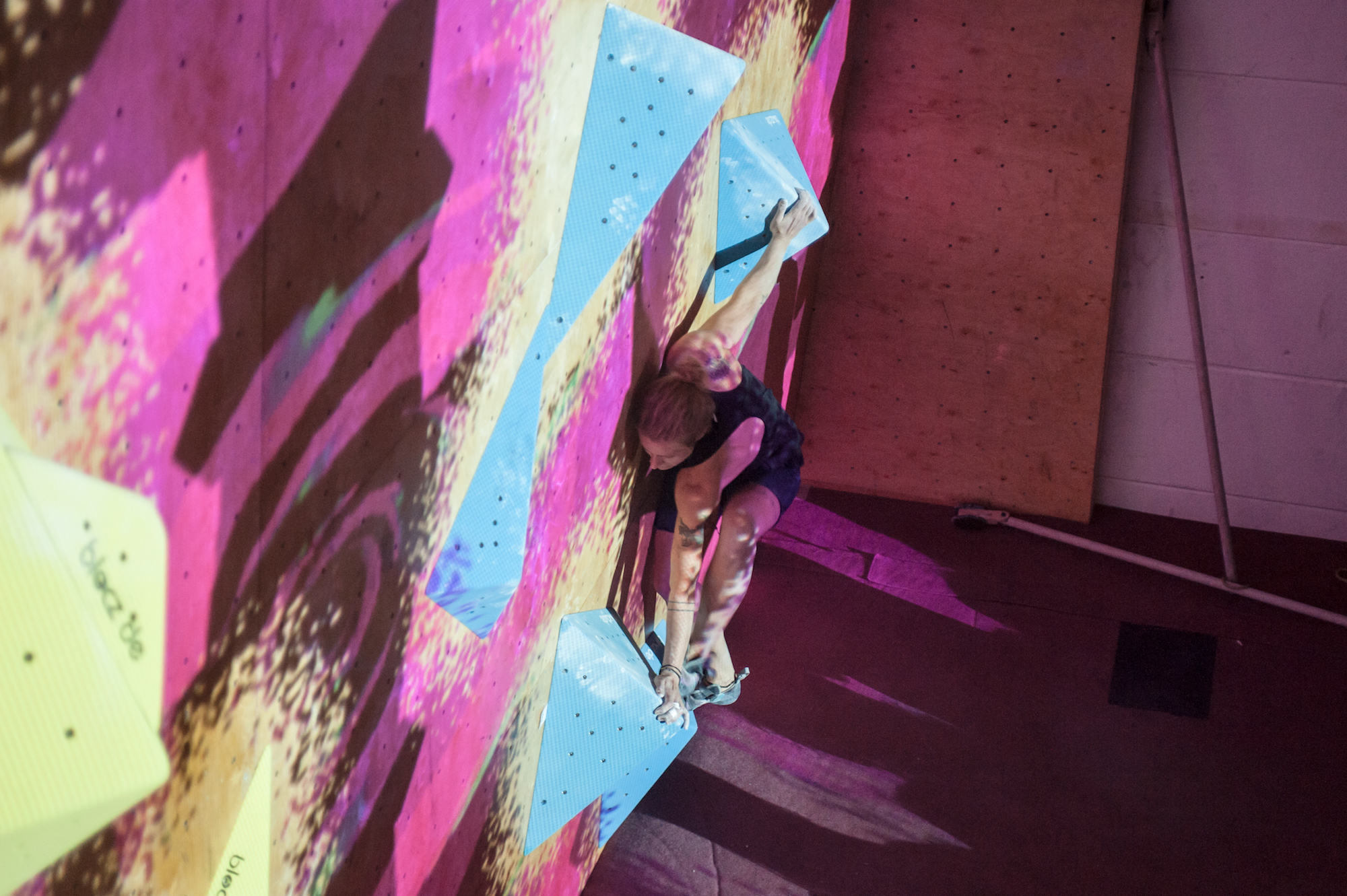 The first gym where I really got a taste for climbing was Boulderklub Kreuzberg (BKK), and as a result it’s become my template for all other gyms. Located in the heart of indecisive Kreuzkölln, it’s just around the corner from the Turkish Market or just above Penny (if you just want a single mango and not 27 Schale, and for some reason a plum). 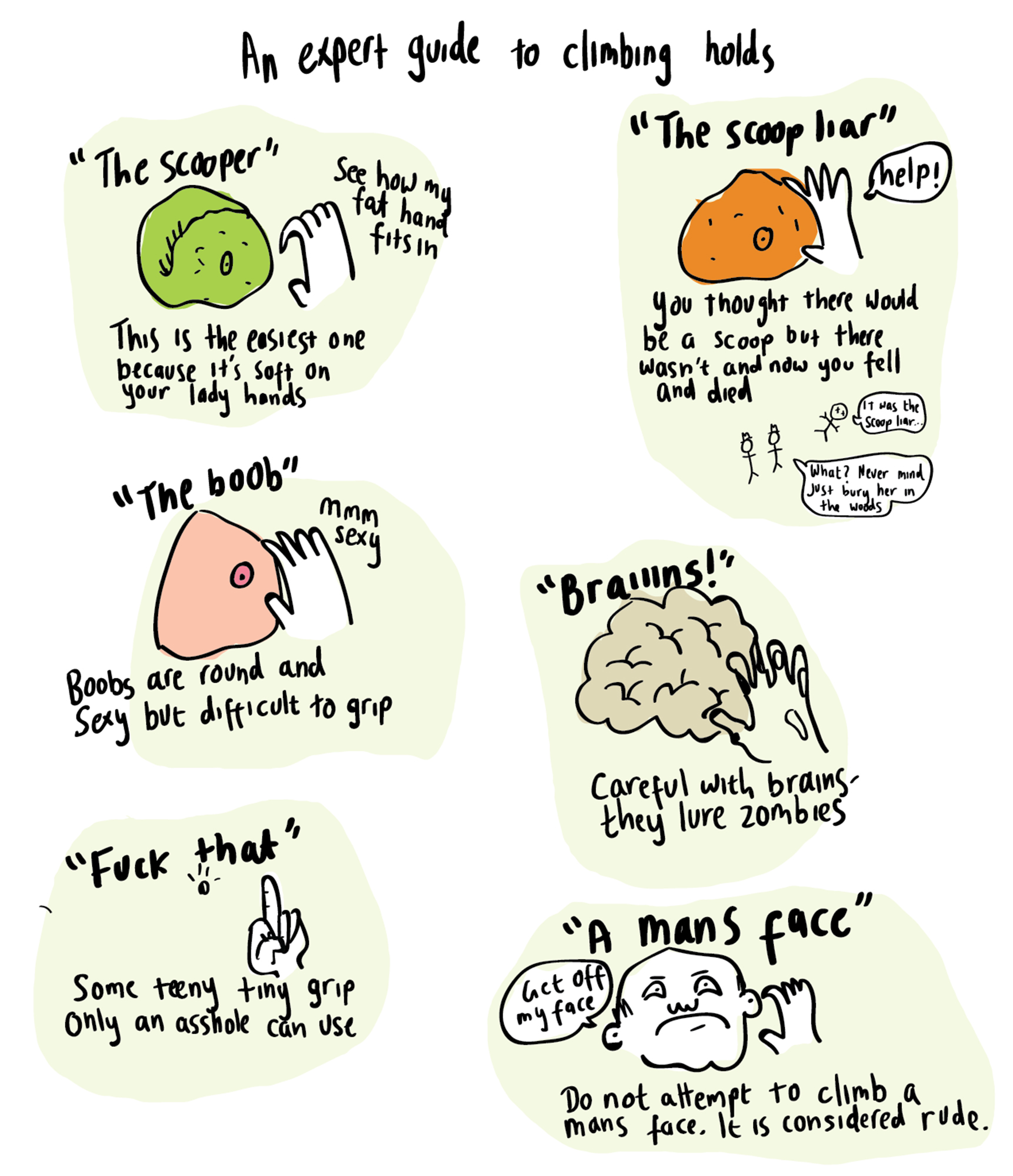 BKK is an all-round great gym, the routes are nicely separated, clearly marked and there’s plenty of space. It feels like at least one wall is changed every week and the holds feel on the new side. It’s fairly well maintained although the crash mat is a bit hard. On warm days it can get very sweaty (or is that just me?) so I always bring an extra pair of knickers just in case. OK I literally always bring them.

Summary
Going to BKK at peak times is a bad idea in general, it gets packed and there can be a lot of waiting around. I tend to always go off-peak and it still remains my favourite bouldering gym in Berlin. 8/10 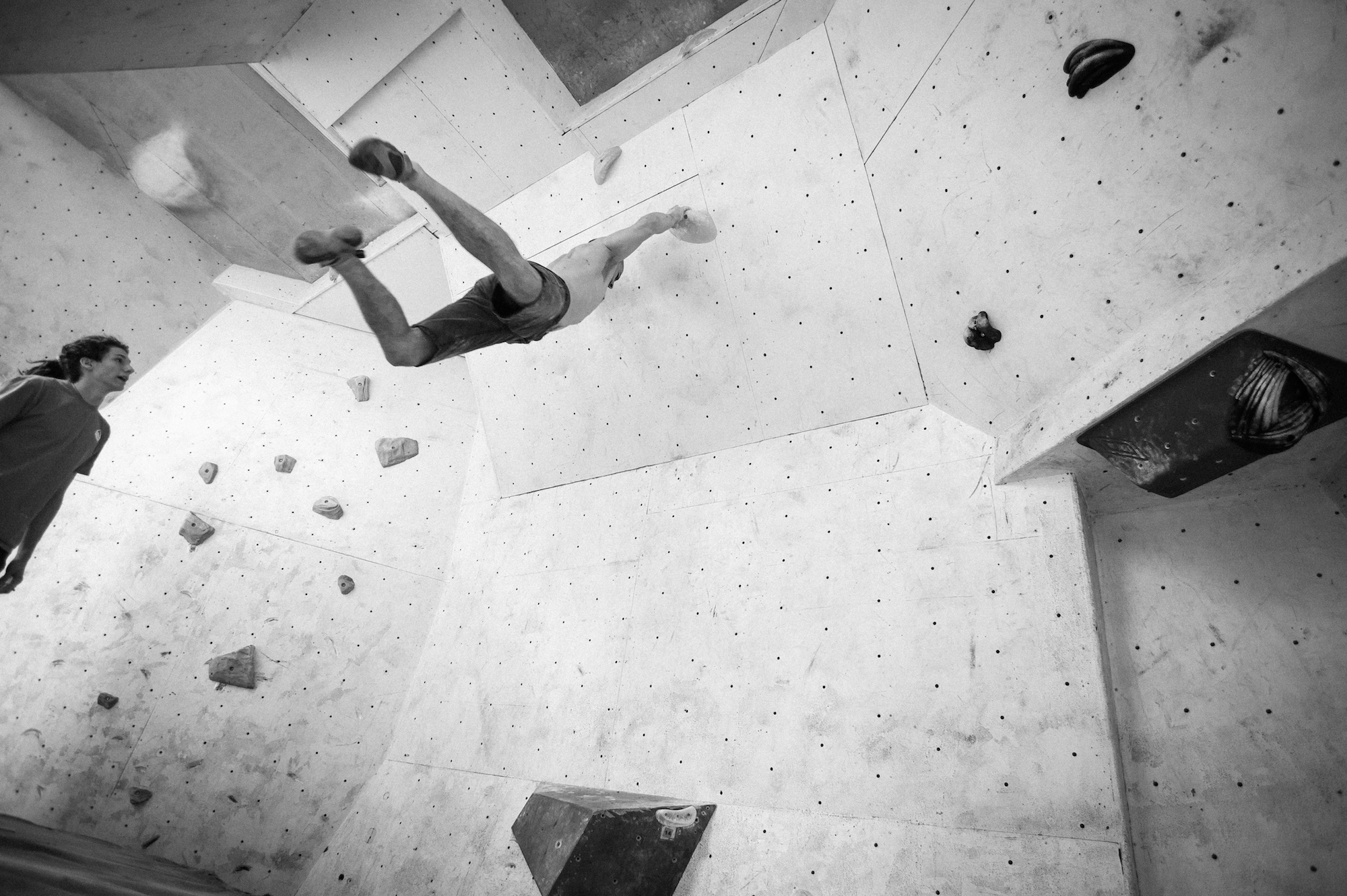 If Berlin was a climbing gym, it would be Der Kegel. Lurking in the graffitied backyards of Revaler Str., it doesn’t look out of place sipping an early morning Club Mate with Urban Spree and Badehaus. Is that chalk on the holds or ketamine? I don’t know but I ate a bunch and now I feel weird.

Der Kegel’s main feature is well, ‘Der Kegel’ a giant stone tower in the center where one can rope climb. It also has a fairly large outside bouldering area which is great if the weather is nice. There’s a pretty awesome inside bit as well as another smaller chamber that is more of a choose your own adventure.

Der Kegel is great value, and I had a really fun climb there, but the holds are quite worn and the problems* are crazy packed together, but this just adds to it’s rambunctious atmosphere. What I like about Der Kegel is it’s not like other gyms. Just like BKK, avoid it like the plague at peak hours, it gets even busier and with all the overlapping routes there can be long waits.

Summary
DK is definitely one for the cool kids, Berlin prices and a fun atmosphere but definitely could do with some TLC. 7/10 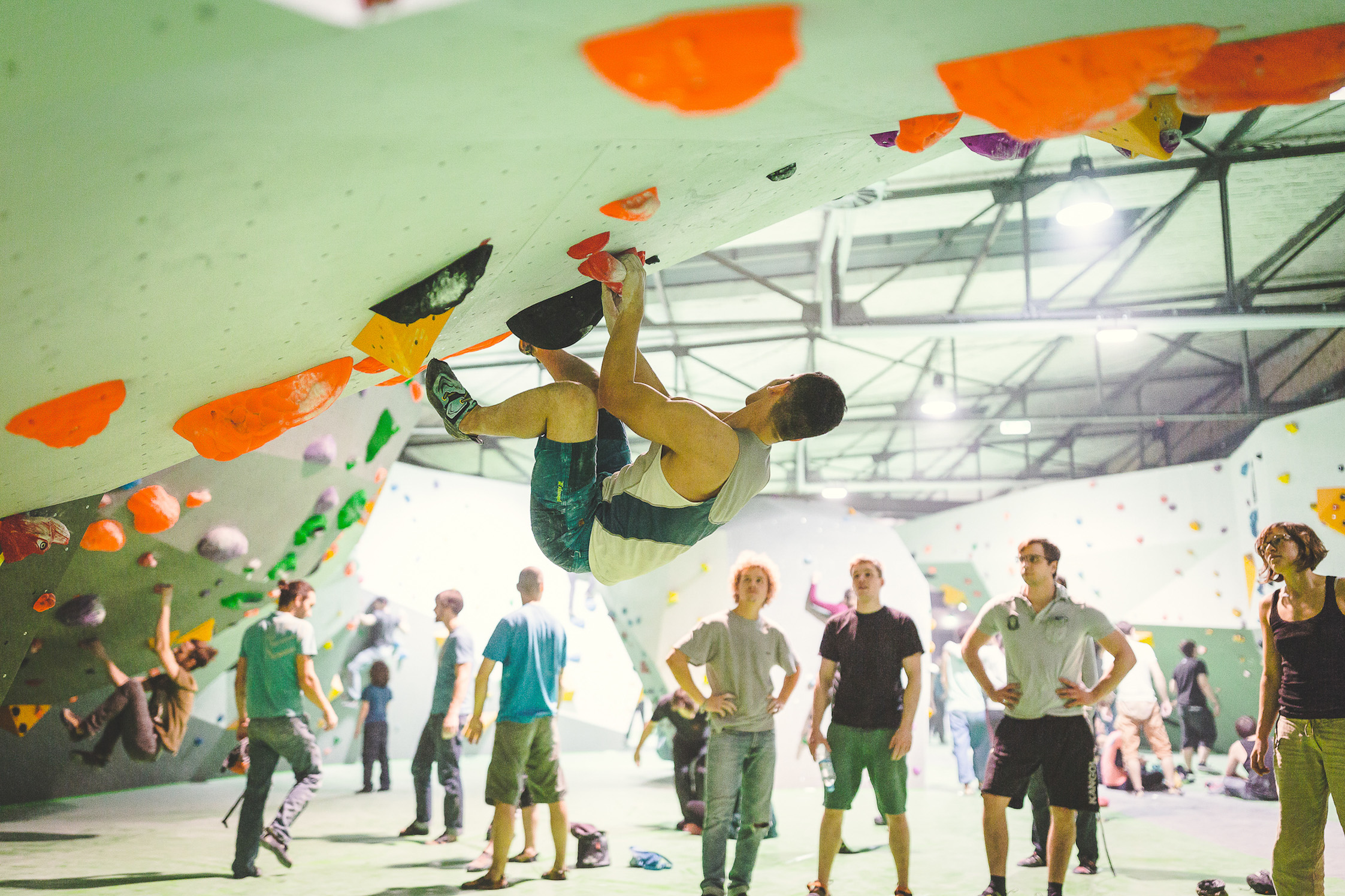 OK I didn’t just decide to go here because of the name, I also thought it would make a nice day trip for me and my crew as it seems to be right on a lake and that particular weekend was set to be scorchio!

It’s by far the priciest of the gyms I’ve been to, but you get what you pay for. This gym is pristine. Everything’s so new, the crash mats make you want to fall. We pretty much had the place to ourselves too which was awesome for us, I imagine not so great for them. They said they are pretty busy at peak. But it’s like, you’re in Spandau mate, is your main clientele people that fell asleep on the U7? 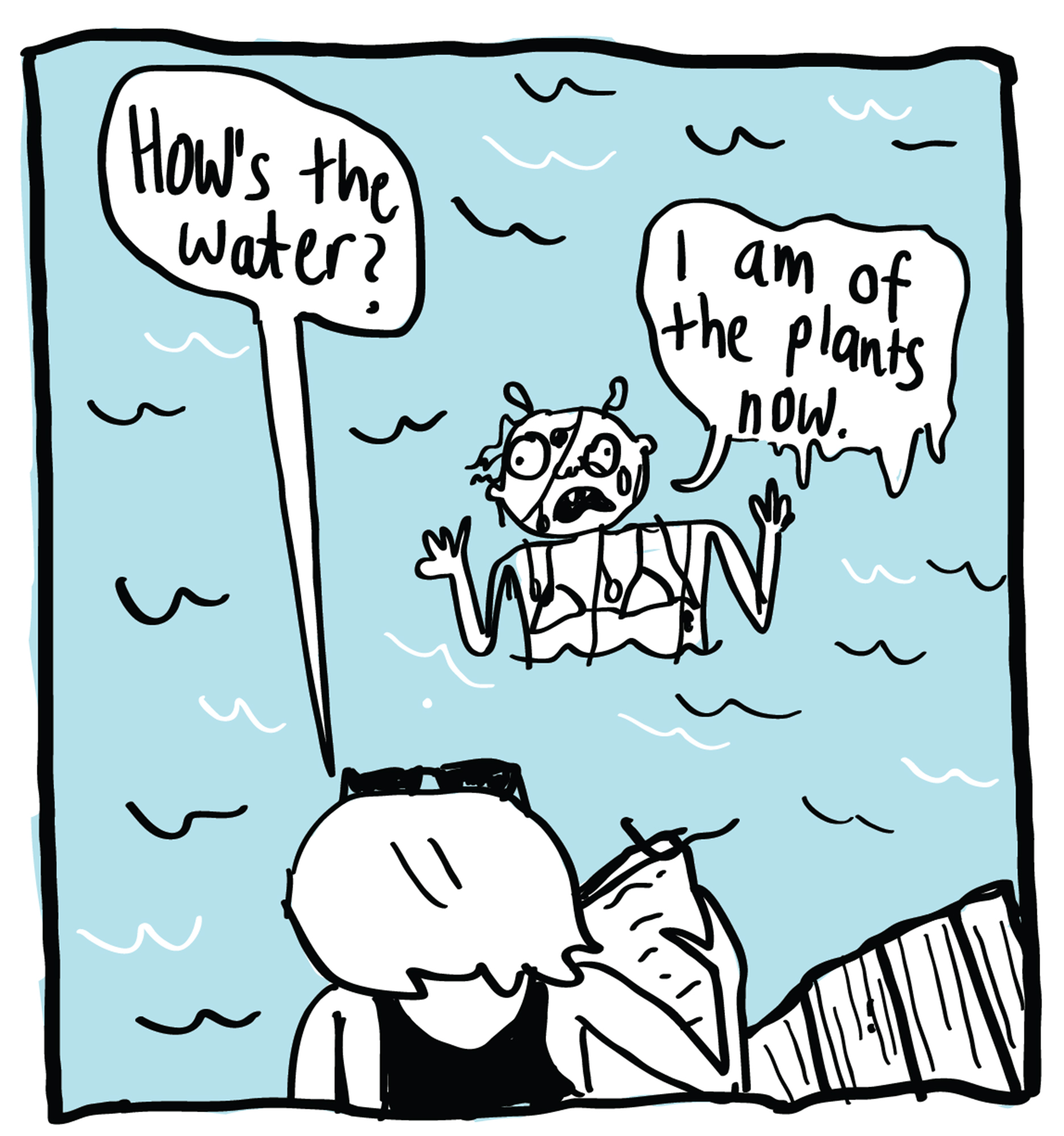 It is right on a lake, but the lake is weedy AF. It’s fine to cool off but pretty unpleasant to swim in. My advice is to bring an inflatable, float to the middle then take a dip. But I’m not reviewing the lake here am I? If I was: 3/10. It does have its own sandy beach though which is very nice, they often have grill parties in the summer. I haven’t made it to one yet but I would like to. It’s only 30mins from the very swimmable Tegelsee, which we tried to go to after but got lost in the woods and I had a panic attack, but I’m sure that won’t happen to you. 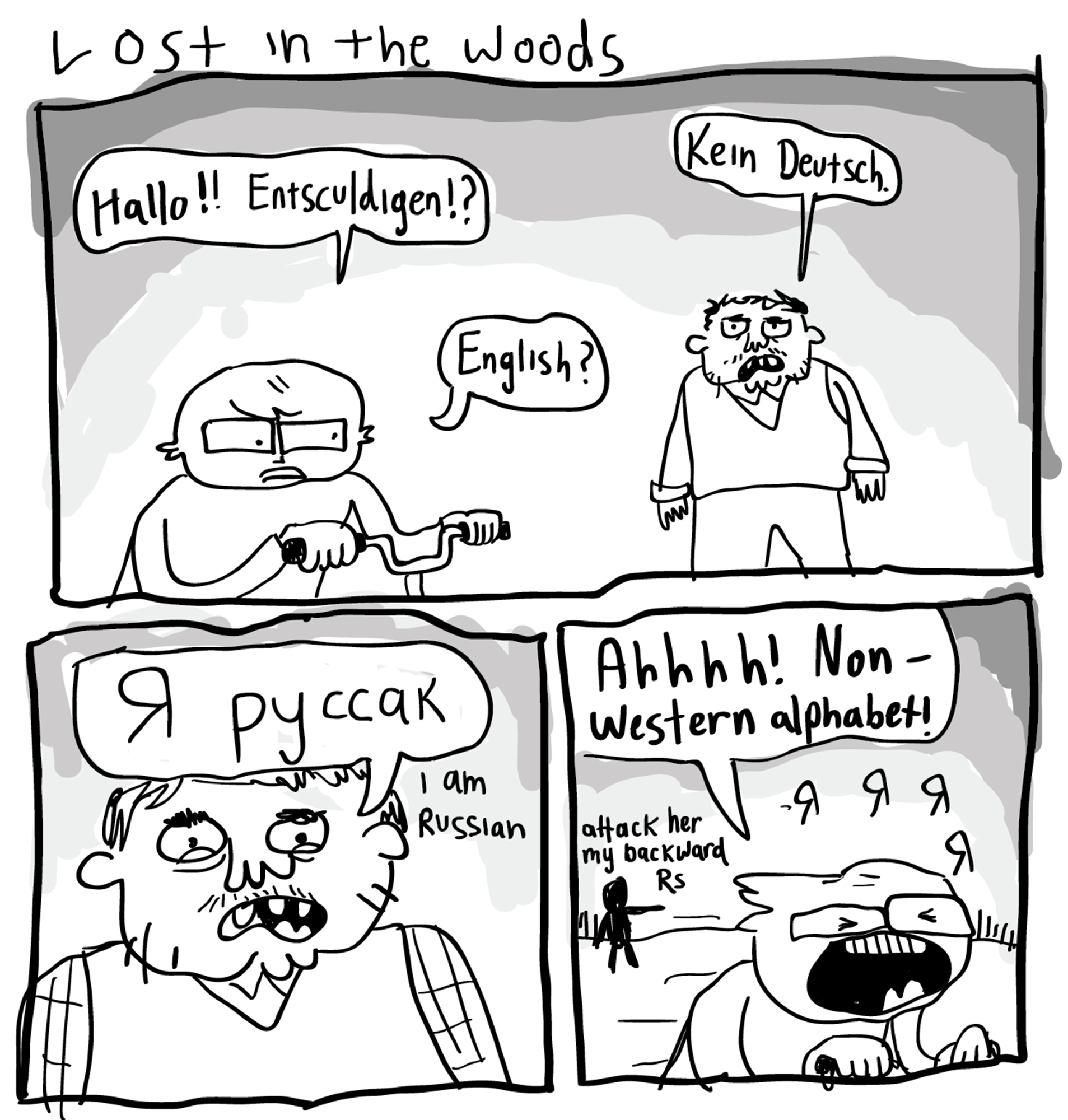 The beginner problems at Cliffhanger are much easier than at other gyms which gave me a nice false sense of achievement. I was able to climb for much longer and complete loads more problems than usual – for that day, I was queen, Queen Climbora of the Mountain Folk.

I had an awesome time at Cliffhanger and ended up climbing all day with a big beach break in the middle. I definitely recommend it as an excursion – or if you live round there – boom! 8/10 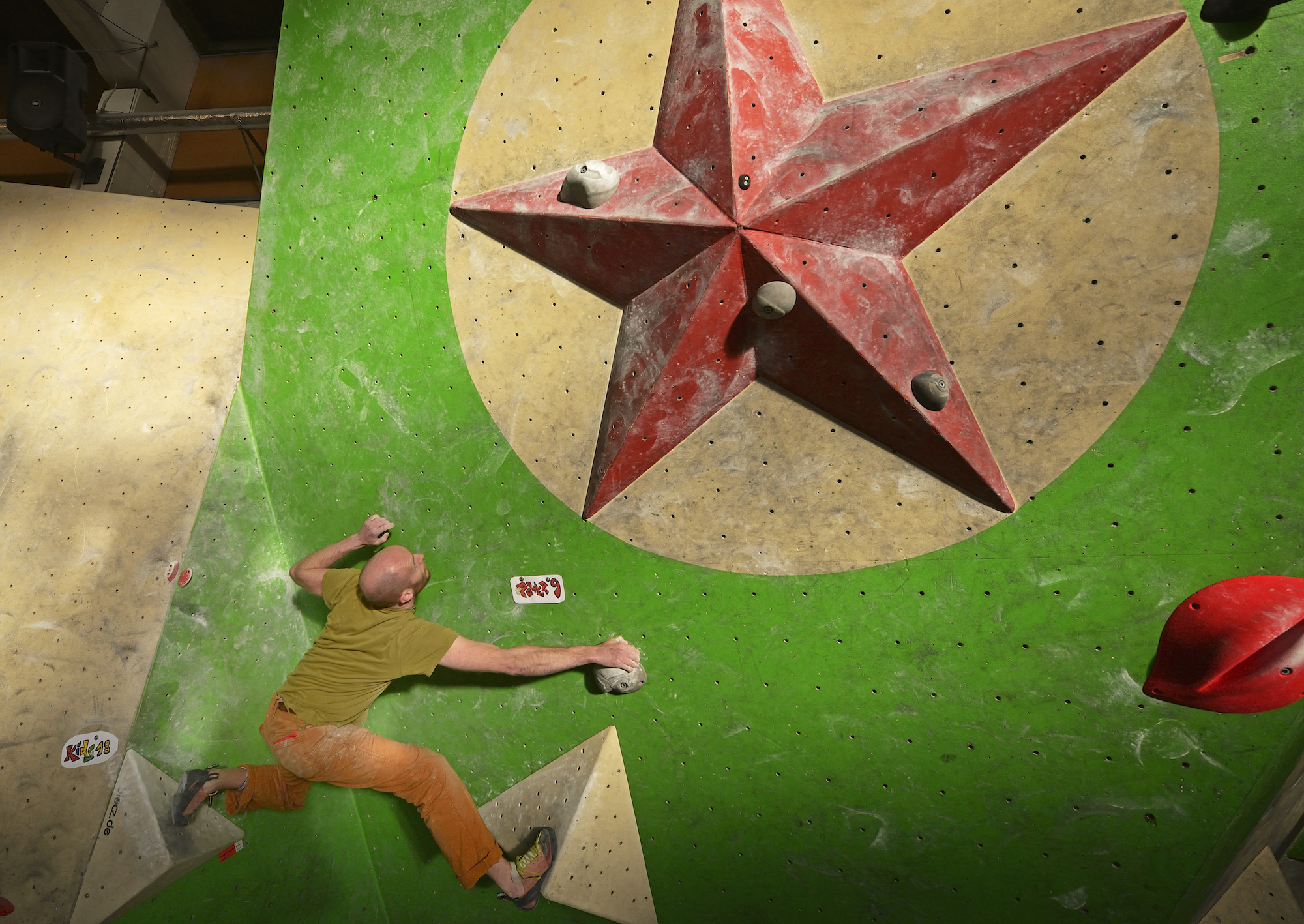 Ostbloc is on the part of the Spree not many people have probably been to, unless you’re a big fan of the Klingenberg Power Plant, and let’s face it who isn’t? PHWOAR!

The gym itself has an airplane-hangar-like feel to it, it’s quite large and bright. I went there quite early on in my climbing career – before I’d even learnt about twisting hips and dropping knees. I found their beginner routes off-puttingly hard, as the majority of them were on overhangs. I’m a bit more experienced now and I’m looking forward to going back and doing a bit better. I think I only managed 30mins last time before my hands rebelled and tried to choke me… luckily they were too weak.

This all says much more about me than it does about Ostbloc, which seems like a great gym for perhaps the more intermediate climber. 7/10

Keep up to date with Caroline’s gigs and stuff, and follow here Local Girl In Berlin comic series. Check back regularly as Caroline reviews more of Berlin’s climbing gyms are added.