13 Reasons Why You Should Go To WHOLE

(Spoiler alert) It’s not for tea and biscuits 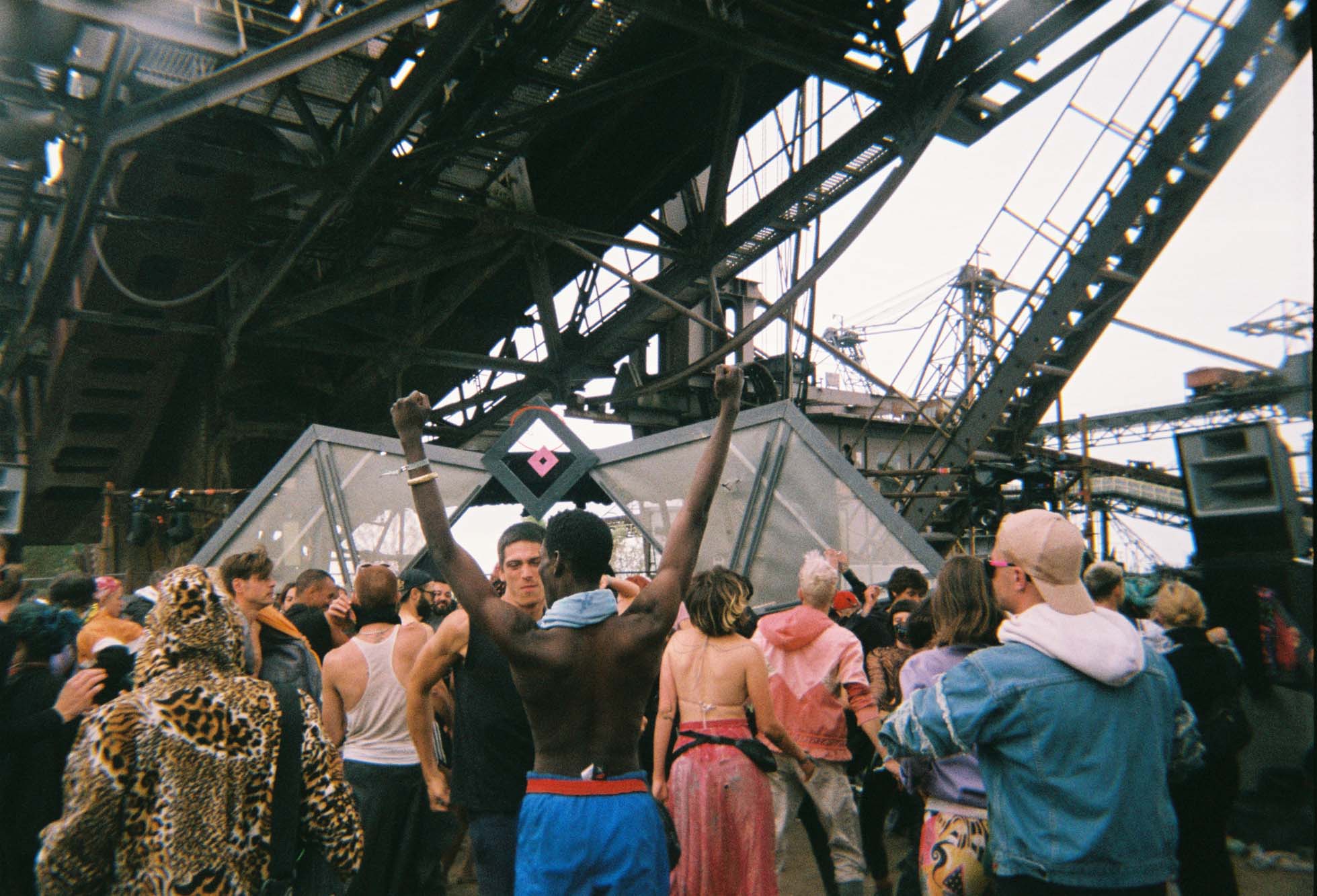 WHOLE – United Queer Festival stormed onto the summer circuit only three years ago but is already shaping up to be the largest name in the continent’s burgeoning sex positivity scene. The festival has provided the perfect platform for Berlin’s queer and sex positive event collectives such as Room 4 Resistance, Buttons, Trashera, Pornceptual, Lecken, Gegen and Cocktail D’Amore.

Now it’s opening up to international collectives to strengthen its sense of queer community beyond borders. It’s also coming a bit quicker in the event calendar, moving from August to June 14-17, 2019. Rest assured though, it’s still taking place in the picturesque surrounds of Ferropolis, which is also home to veteran music festival Melt!

If you haven’t already tasted WHOLE’s many fruits, there are several reasons why you have no excuse. Actually, 13, to be precise. 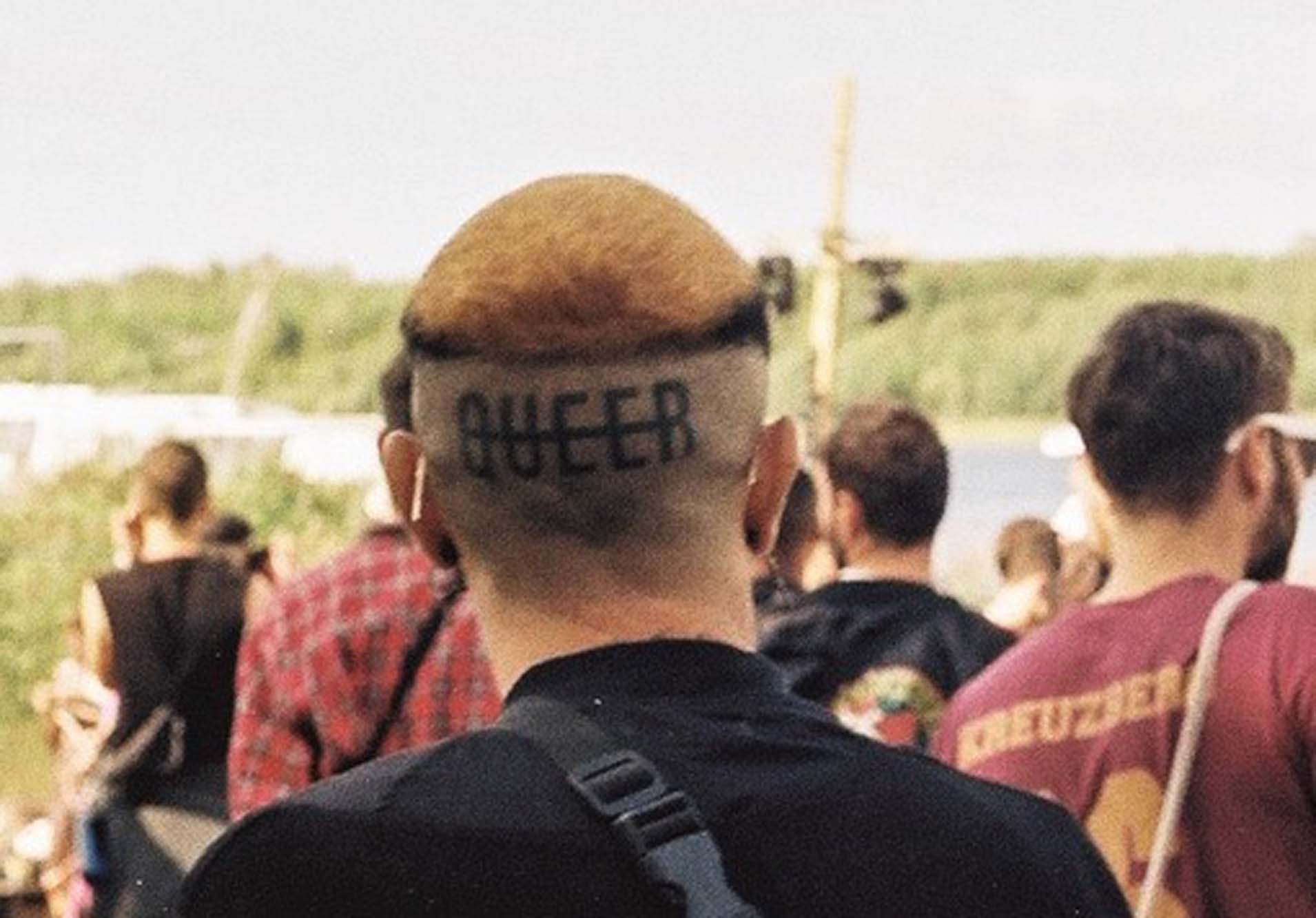 1) It’s the first ever queer music camping festival in Europe
WHOLE is the first ever queer electronic music camping festival in Europe, unlike Milkshake Festival in Amsterdam, which takes place in a park in the city centre. Going to WHOLE implies removing yourself from the urban setting and going to a remote and natural background where you’ll be able to explore (in every sense of the word).

2) All of your favourite collectives are there
Whether you are into leather, glitter or silk, in Berlin there is usually a party crew for everyone. At WHOLE you’ll have the chance to meet many of them and get a taste of the other colours in the rainbow. Joining forces with crews from London, Mexico City, New York and Moscow (among others), there will be a spectacular showcase of some of the best international queer talents.

3) You can be with your own kind
Ever wished your could just wake up and go out for morning coffee without anyone batting an eyelid at the way you strut? WHOLE is that dream. Far removed from the world as we know it, festivals seek to give us space to explore utopia. Stop spending your energy defending your position; instead find like minded people to channel your ideas for the future with. Build each other up, share and connect. 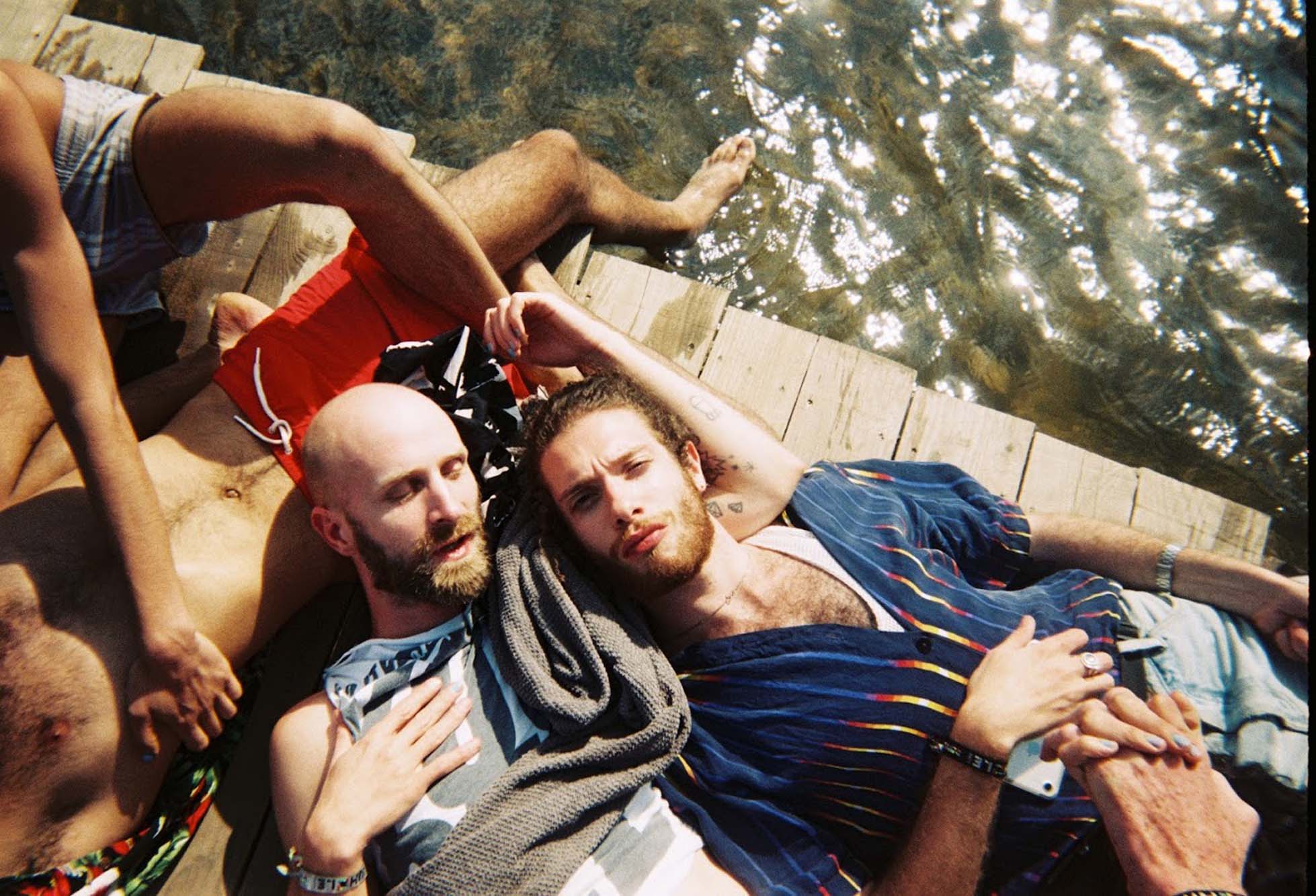 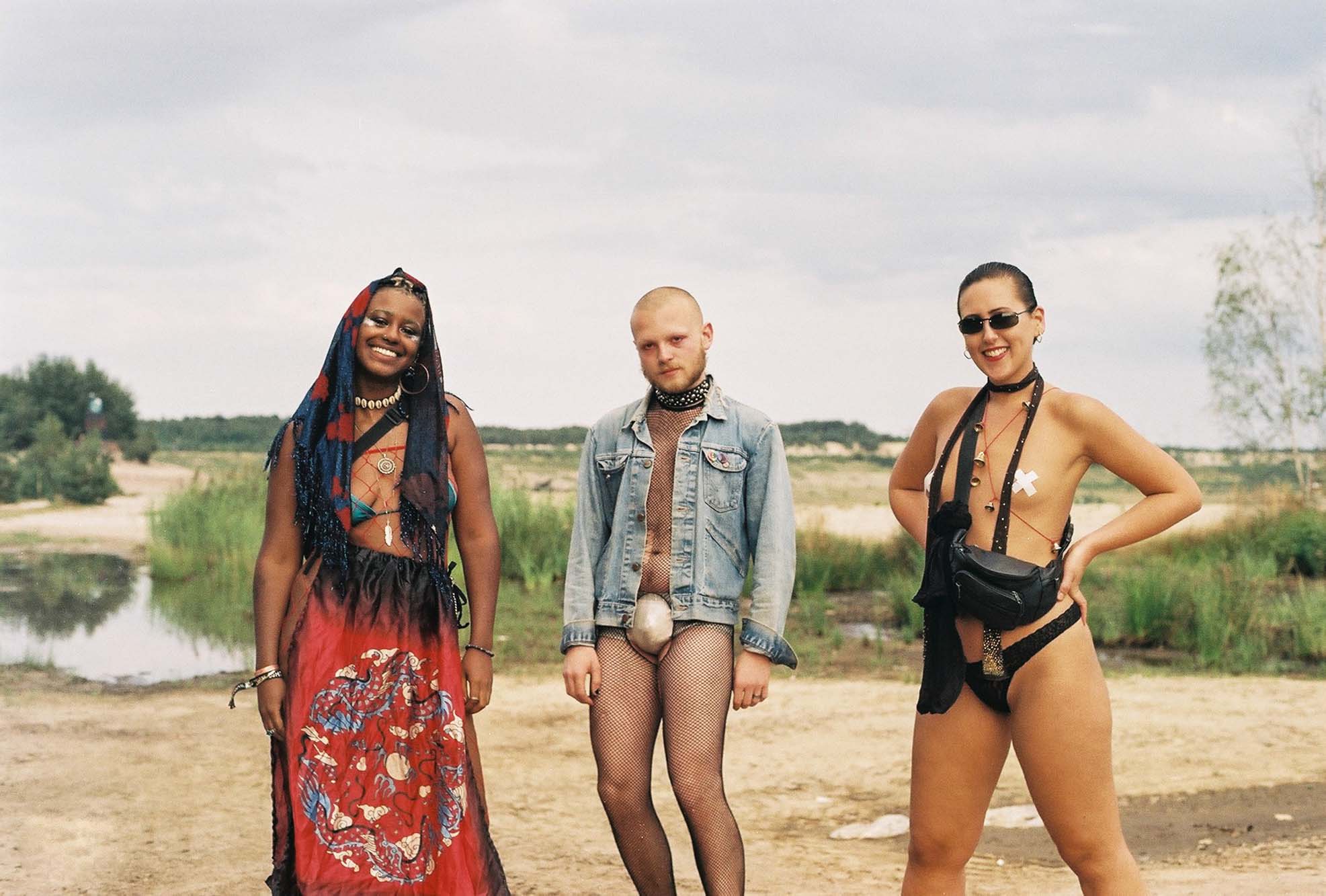 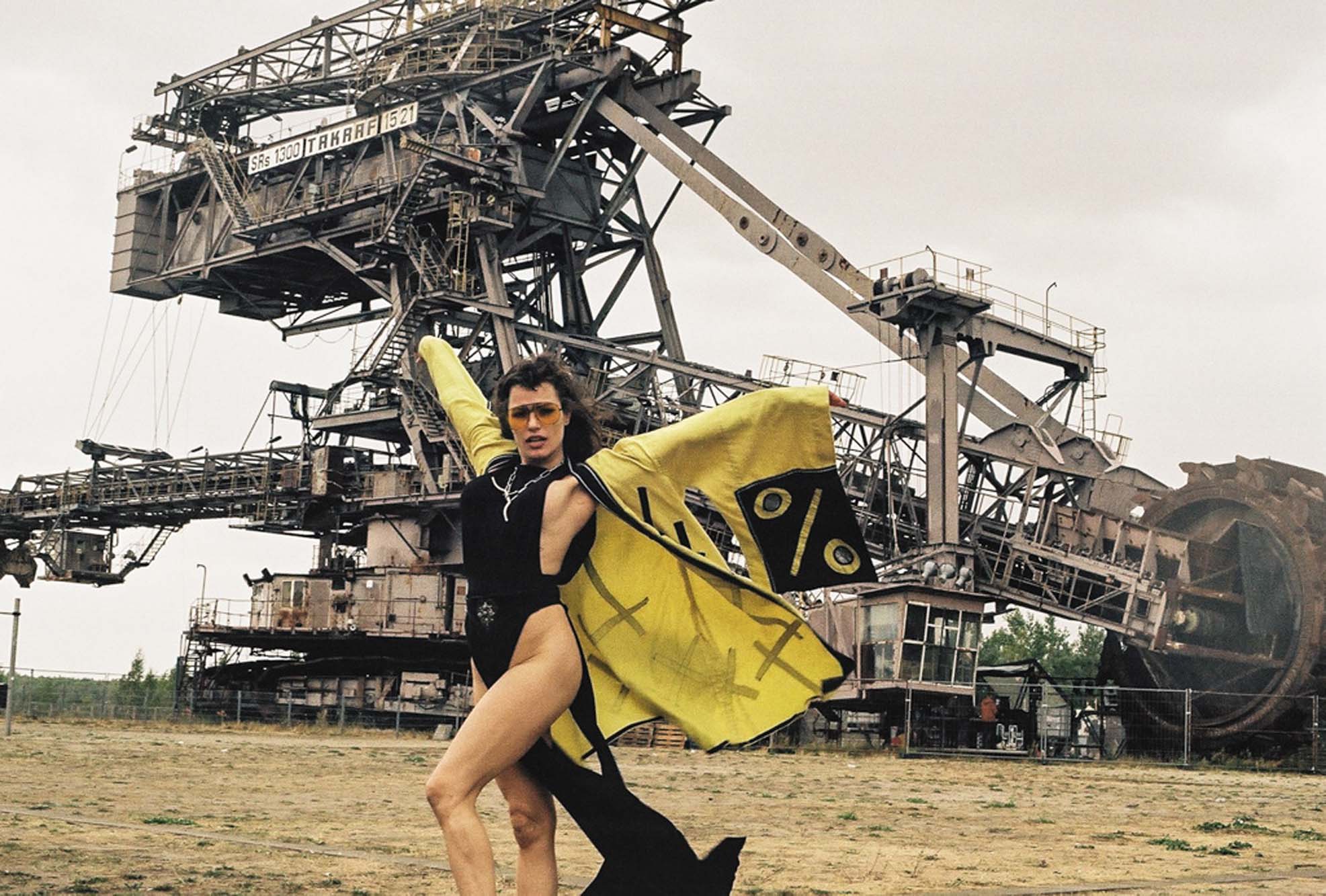 4) It’s in Ferropolis
If you haven’t been there before, this is an otherworldly festival site. There is a lake you can swim in, the site size is nice and manageable, and there are these big hulking bigs of metal machinery everywhere. Whether you’re into Berghain or Sisyphos, you’ll be able to find your vibe here and when you need a break, mamma  nature will be right there for you to chill in.

5) It has a smorgasbord of amazing art
Under the banners of sex and body positivity, the platform Curated by GIRLS pushes for broader representation in the arts. With the SEX & CONSENT exhibition, they are seeking to highlight the similarities between disconnected people; we all have a body and a sexuality. Although the queer community lauds for its own wokeness, there is still a much needed conversation about consent – especially in a party environment. SEX & CONSENT aims to cultivate the topic of being intimate with others in a safe way, by emphasising the universality of our lived experiences.

6) The Black Madonna is on board
The Black Madonna has steadily cemented her place in the major DJ leagues over the past ten years. Although with Jennifer Cardini, she is one of the best known names on this year’s WHOLE bill. The lady born Marea Stamper from Kentucky, wasn’t named DJ Mag’s 2016 DJ of the year for nothing; her funky sets are guaranteed to make you sweat, before anyone even has a chance to undo your zipper. There are also a legion of other great music acts playing, but we have so much love for The Black Madonna. 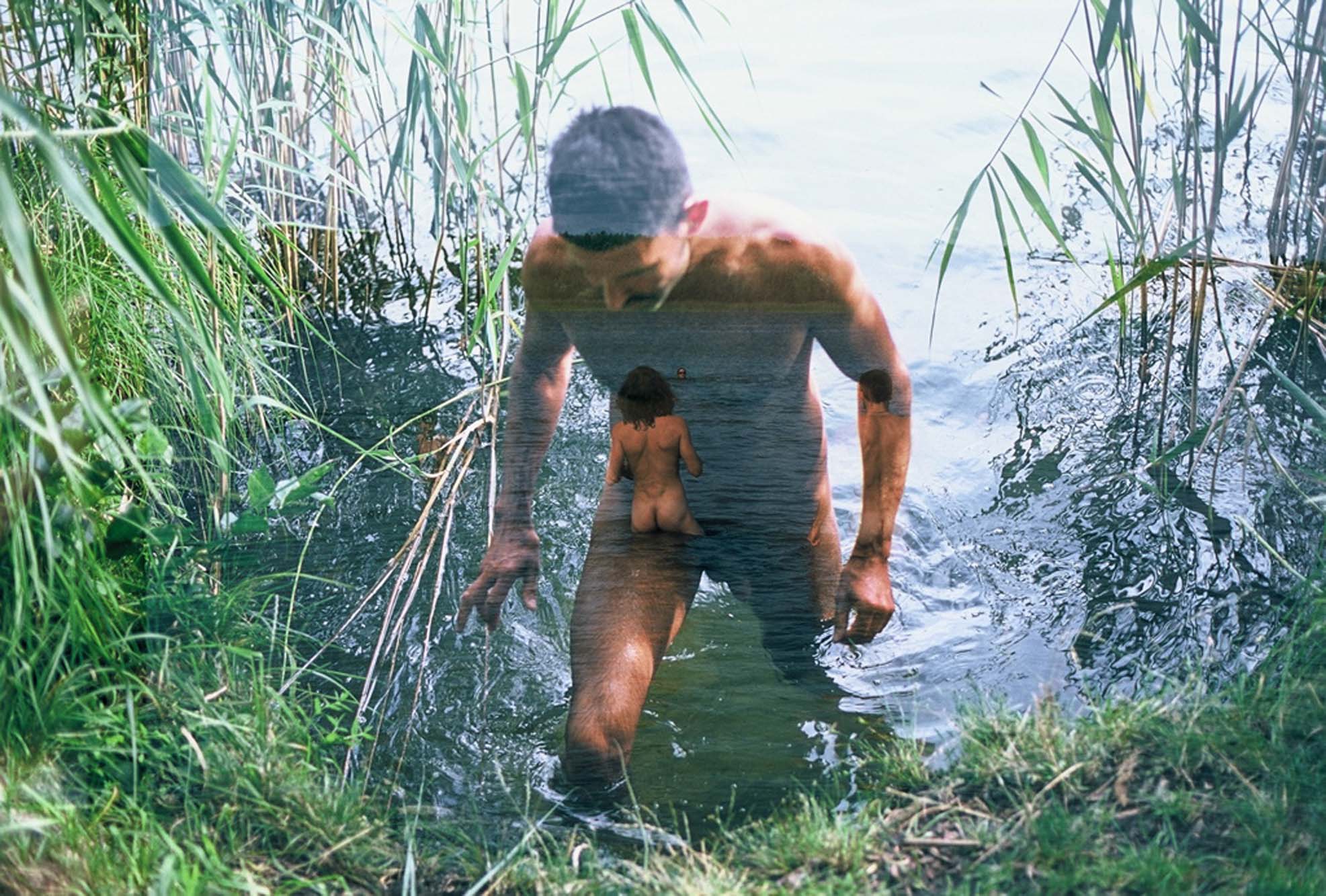 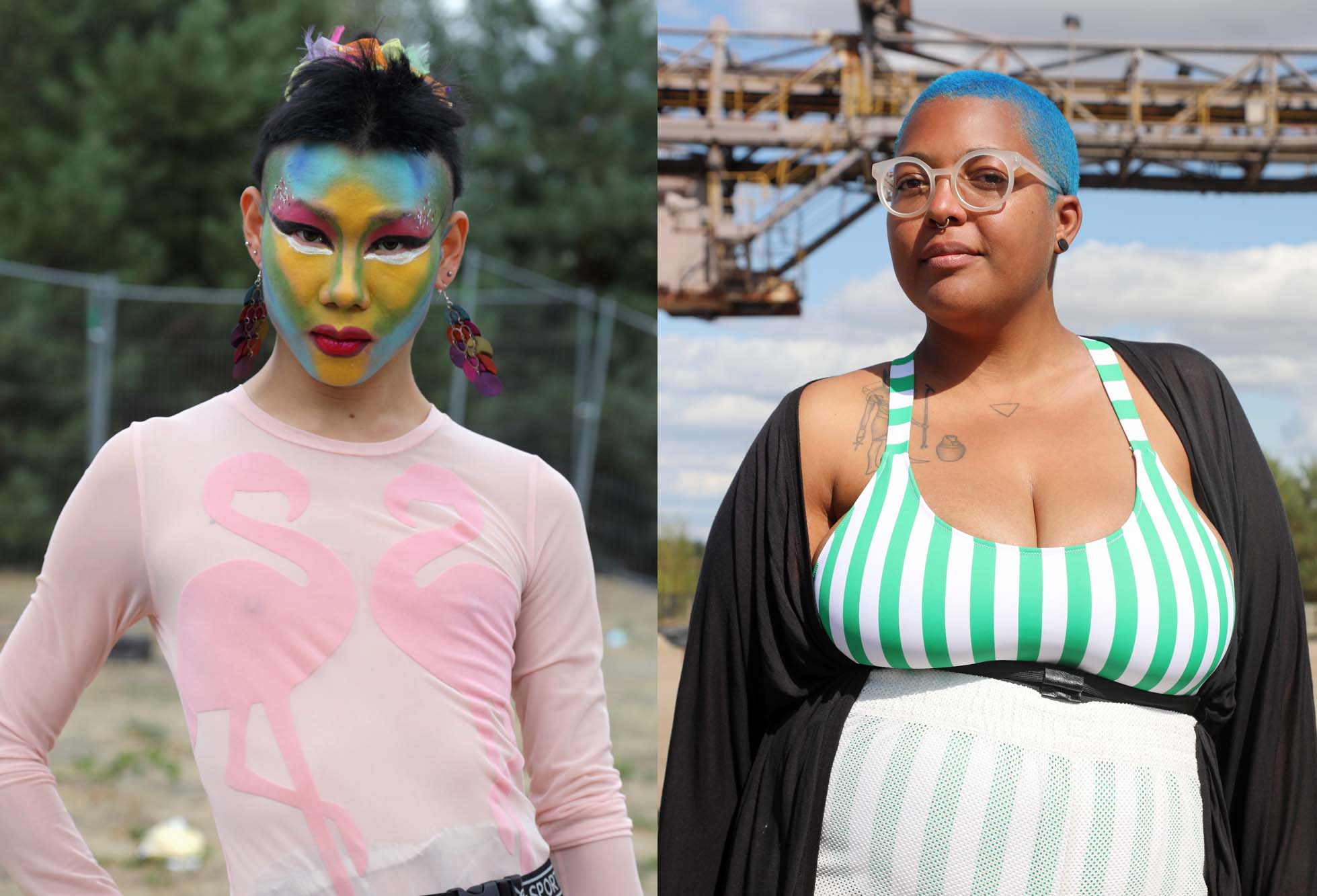 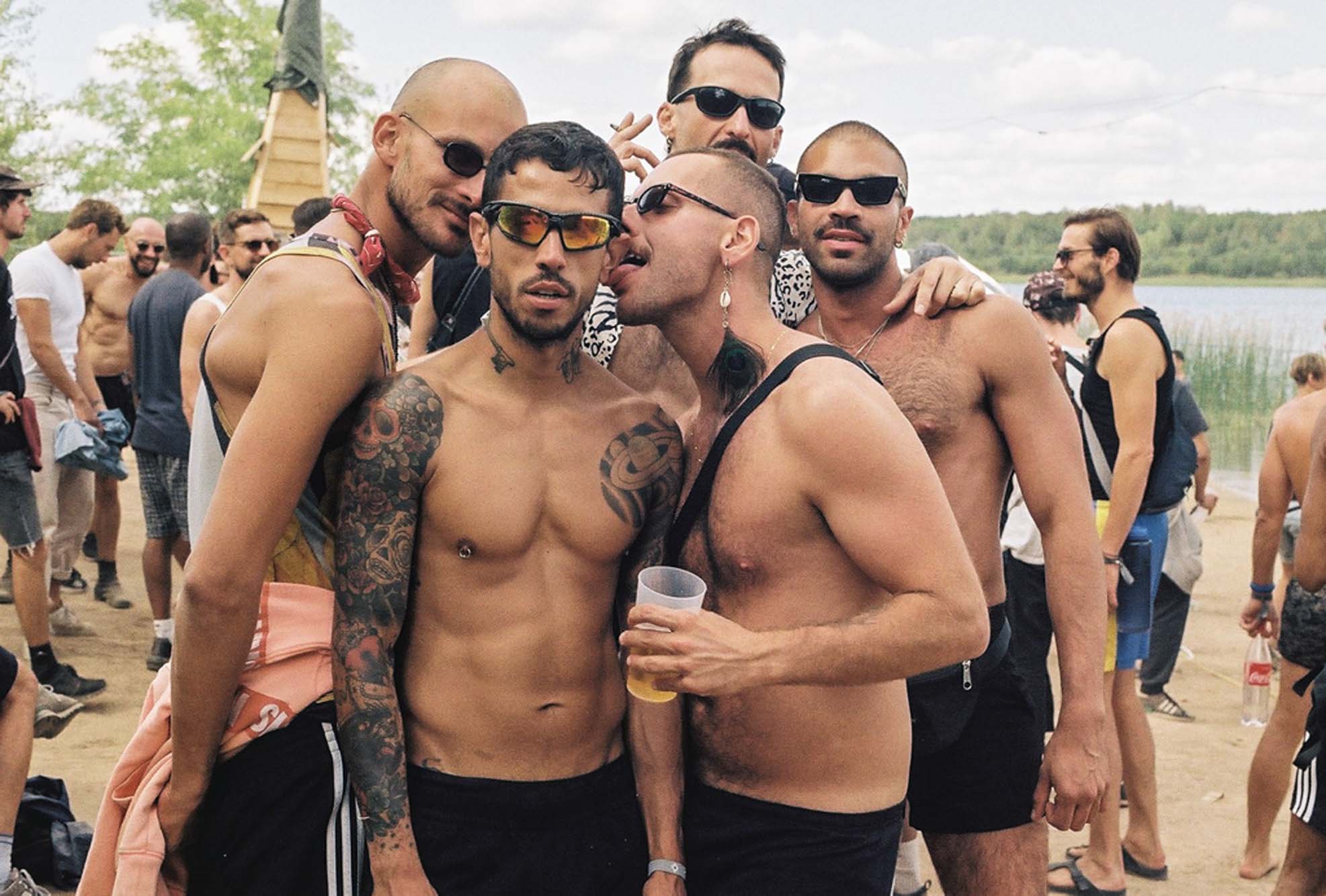 7) You can grow in sexual confidence
The dancefloor often allows us to dance our fears and insecurities away, but how do we integrate this feeling of fabulousness and self-worth into our day-to-day lives? Step into Maison de Venus, where the queer feminist collective Vulvae, will be curating a serie of sensual experiences, designed to connect you to your body, genitals and desire. In the love goddess Venus’s house they invite you to explore your own sexuality in the safety of others. Join an orchestrated circle jerk, get touchy and dive into your authentic desire with WHOLE’s sex positive workshops!

8) Grrrrl Power is represented in force
This year more female* oriented crews like ¡MASH-UP! and No Shade are joining the festival. Known for their push for more inclusivity behind the decks, No Shade curates both club nights and DJing workshops for women and non-binary people. A valuable input to a music scene that, although queer, is still highly dominated by males. The ¡MASH-UP! Collective doesn’t only serve up electornic, they like to represent a broad variety of styles, such as punk, indie and world-beat. This gives a much needed reminder that Berlin is so much more than techno raves, and that there is always space to define your own sense of queer culture.

9) It’s an opportunity to get political
Queer spaces are inherently political in their nature. Underneath the glitter there’s the hard truth that the queer parties rose as an alternative to the mainstream clubs,  where many felt abused or unwelcome. So how do we as a community draw the line between these dancefloors, while nourishing the values of inclusivity, freedom and sex positivity? And on a personal level; how does one balance the hedonistic party culture of Berlin? Get involved when Berlin’s party crews discuss the future of their own existence and that of the scene all together. 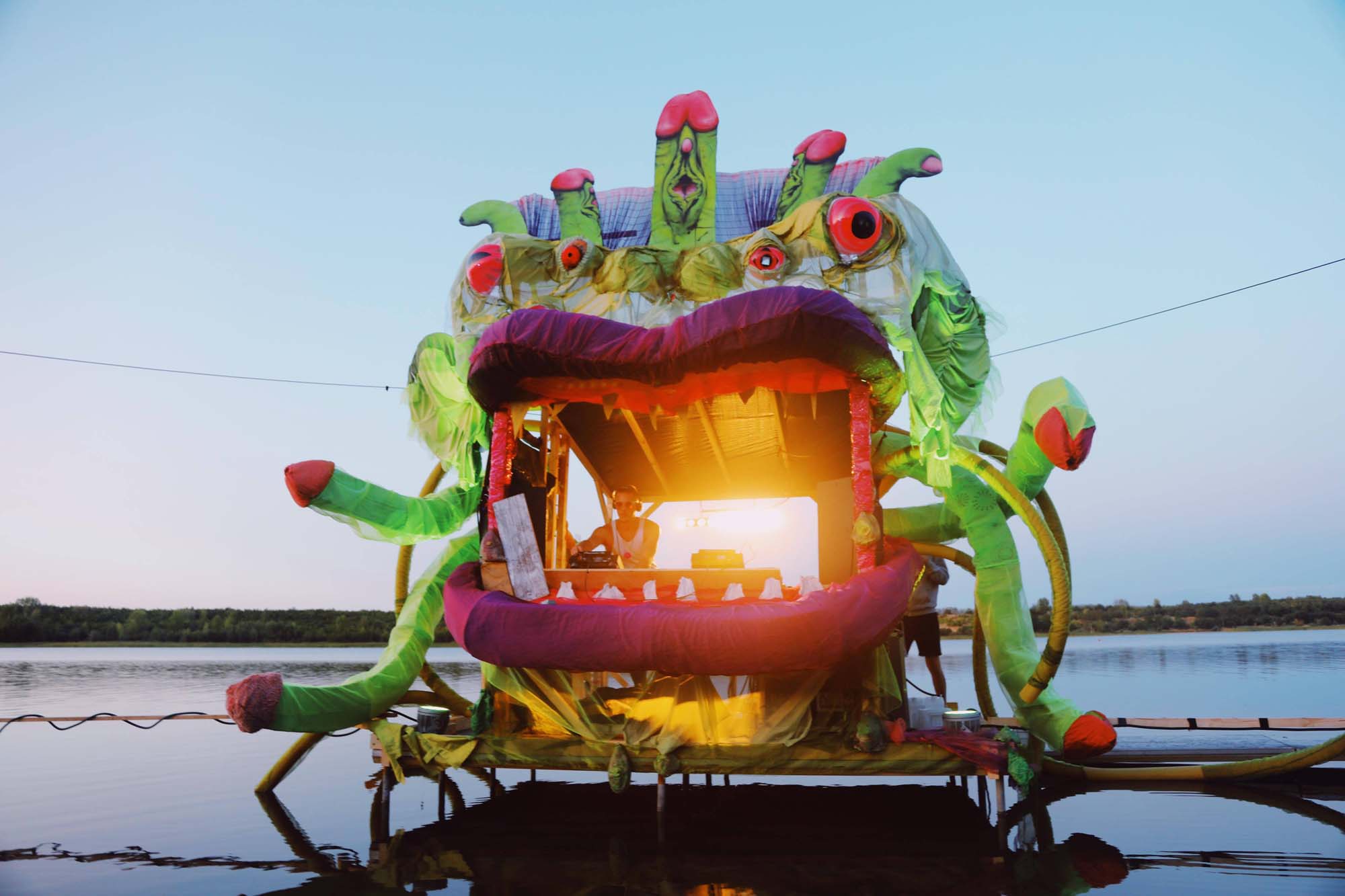 10) There will be shows
When your body calls for rest or your simply need some creative input, then check out the performance stage! From Chicago rapper Mister Wallace, to baroque opera singing Ludwig Obst, voguers and performance artists of all sorts, you’ll be served a whole pallet of queer entertainment. The Berlin-based collective House of Living Colors will make sure that drag royalty also pays a visit to the site. Werk!

11) The dating pool is massive
Let’s face it: if you’re queer, the chances of finding a cutie at this festival are outstanding. So make sure there is enough lube to go around the whole camp!

12) It’s a chance to return to the source
Staying in a tent outdoors, painting your face and body and dancing barefoot to a trance-inducing rhythm; festivals are a meet-up for tribes. Likeminded people from all over the world will join the celebration and the invocations of a queer-friendly world. Community is key in pushing the crucial political agenda and what better way to bond with an international crowd, than through the universal language of dance.

13) You can meet the LOLA gang
Kate Lis, our Sex Life Editor, and Rob Talin, our music writer, will be setting up their Camp Cock Destroyers pop-up area at the festival camping site. The name comes from this amazing meme, and you can ask the pair why they picked it. They’ll be on hand to give you esoteric tips on enjoying the underbelly of WHOLE, and of course they will also have lube. 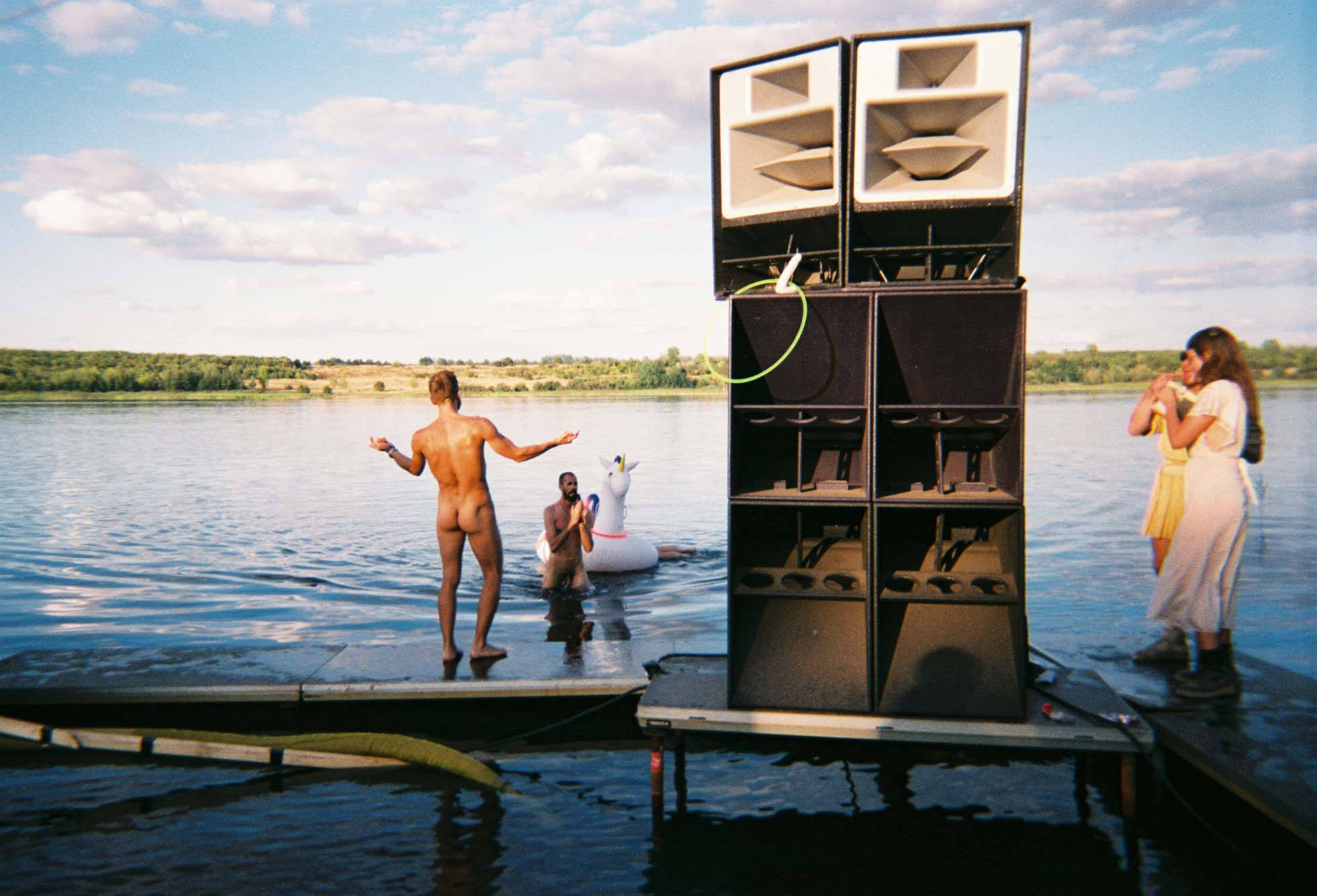