Bruce LaBruce on the power of provocation 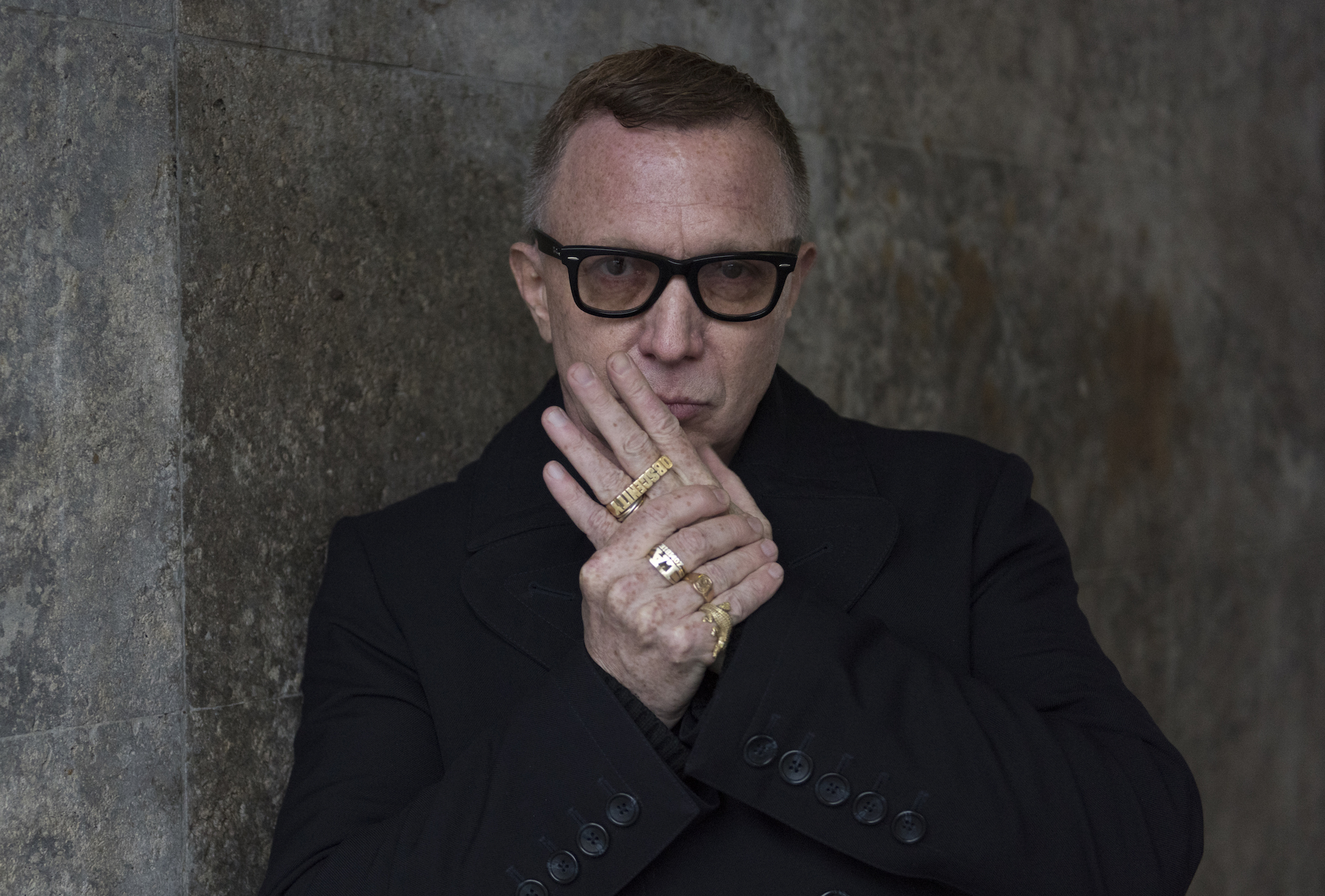 Bruce LaBruce smiles as he describes a screening of his first traditionally pornographic film: “When I showed Skin Flick in Toronto, a Jewish advocacy group called the police. The police came to the screening and they actually sat through it. It was the softcore version, but still pretty hard. 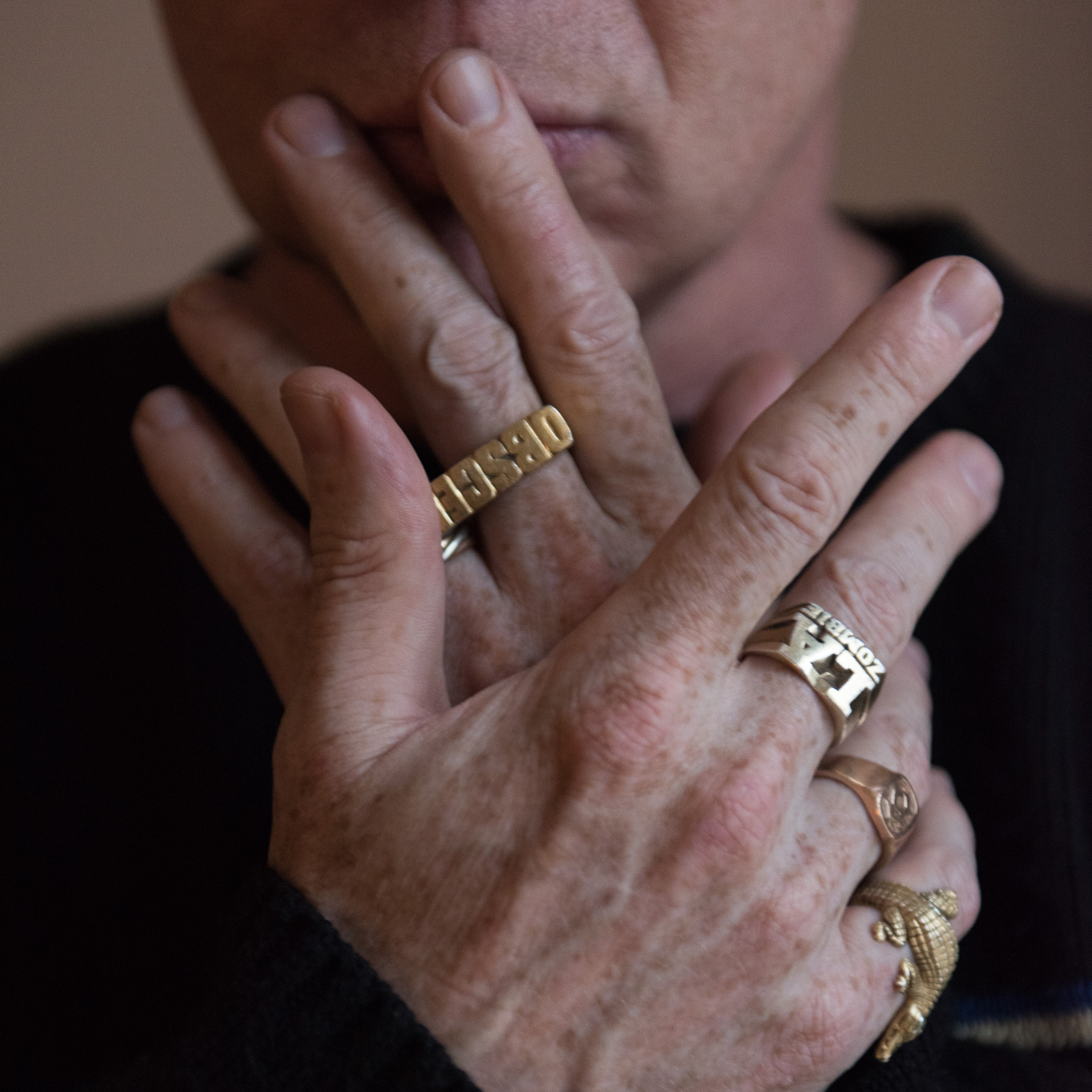 “You know,” he continues, elaborating on his motivation for producing radical alternative films, “John Waters was always a big influence, and people always say, ‘Oh you just did this for shock value,’ or, ‘You just did that as a provocation,’ and it’s like, ‘Yeah of course!’ That’s what cinema is – cinema should be a provocation. I don’t see that as a negative thing. It’s meant to challenge people’s perception every time, stylistically and formally, and in terms of the content.” 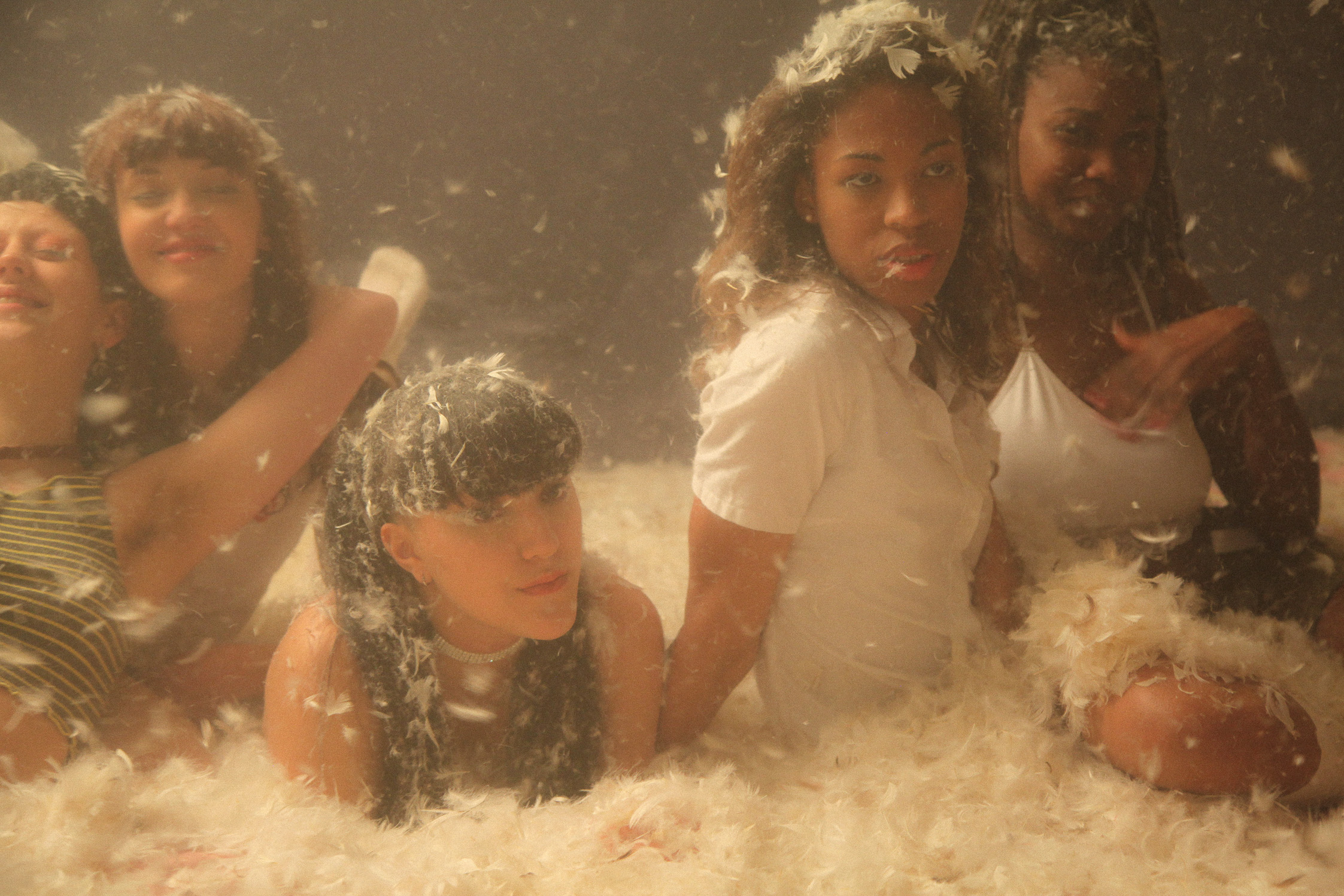 The Misandrists, Bruce’s latest feature-length film, tells the story of a group of radical feminist terrorists plotting to overthrow the patriarchy from their base in the German countryside. “It’s a loose sequel to The Raspberry Reich,” Bruce explains, referencing his 2004 film about a homosexual terrorist group who set out to continue the work of the German Red Army Faction (RAF). “When I made The Raspberry Reich,” he continues, “which is a critique of the radical left and radical chic, some lesbian viewers complained that I didn’t really address the lesbian issue. So I always thought someday I should make a film about radical lesbians … it’s also kind of a spin-off of Ulrike’s Brain.”

Thematically linked to The Misandrists, Ulrike’s Brain is the B movie-esque story of fictional Doctor Julia Feifer, who arrives at a scientific conference with an organ box containing the brain of the real Ulrike Meinhof, which was actually recovered by the authorities along with the brains of the other three leaders of the RAF when they all died in Stammheim prison in the 1970s. The brains later mysteriously disappeared. Bruce explains: “In real life, they went missing. Well, they took their brains to study them to see if there was any biological factor, any kind of pathology in their actual brain function, which is a very Nazi notion.” Here the story of Ulrike’s Brain picks up where reality left off: “So Dr Feifer is trying to find the perfect female body to transplant Ulrike’s brain into, and her arch rival is another scientist who has Michael Kühnen’s ashes – Michael was the openly-gay leader of the neo-Nazi movement in the ‘80s. No one would bury his ashes on consecrated ground in Germany, they were literally floating around, and so this scientist is trying to reincarnate Michael Kühnen in cult rituals. So it’s two Frankenstein’s monsters, one on the extreme right and one on the extreme left, coming together and clashing in the end.” 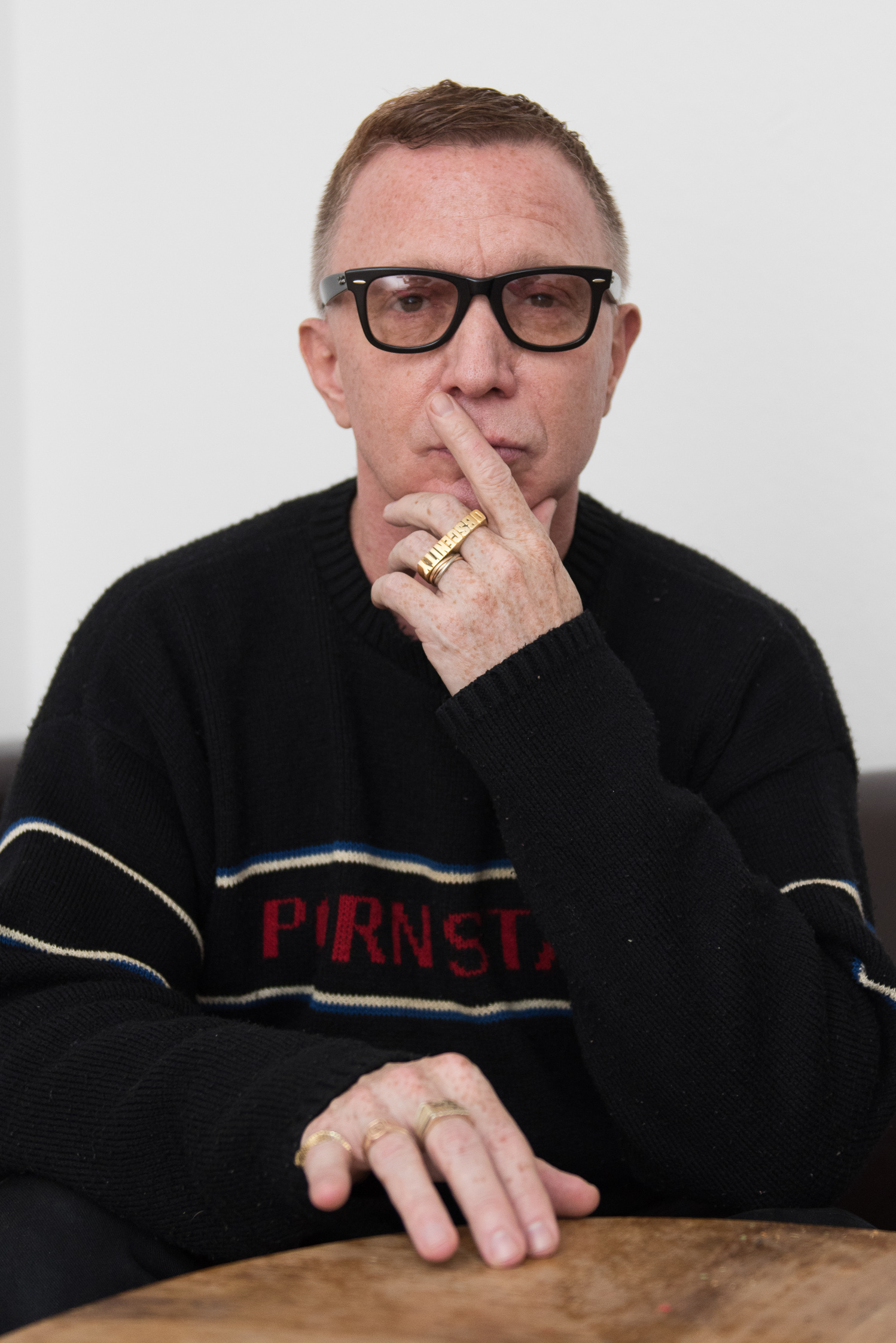 “It’s a B movie idea,” he continues. “There’s a famous B movie called They Saved Hitler’s Brain, and another called The Brain That Wouldn’t Die; it’s sort of based on those. It’s referencing these B movies but in a very specific, German way – like a Nazi exploitation movie.” Although inspired by classic B movies, Ulrike’s Brain actually stems from a project Bruce undertook in Hamburg: “I made a film in front of an audience at Kampnagel. There was a conference there called Die Untoten – The Undead – and it was scientists, artists, and theorists talking about concepts of the post-human and the new definitions of life and death. I was asked to do this installation as a sidebar to the conference, and Ulrike’s Brain is the performance that I did, but then I also shot additional material in Hamburg to make it into a film. Out of that came this idea of The Misandrists. So Dr Feifer in Ulrike’s Brain is trying to start a new feminist revolution with Ulrike Meinhof’s brain, but in The Misandrists, it’s taken a step further where Big Mother is envisioning a world with no men, where women are able to reproduce asexually without the intervention of men,” he laughs.

The punk scene was very homophobic in the mid- to late ‘80s, so I got a lot of hostility and violence directed towards me for showing these kinds of films.

Bruce’s love of B movies can be traced back to his early years in Toronto, studying film theory at York University: “My main mentor was Robin Wood, who was a very famous film critic and a Marxist, feminist, gay activist. He loved horror B movies as well, he edited a book called The American Nightmare that was all about the radical subtext of horror B movies.”

This education would have a marked effect on Bruce and his approach to his own work. “One thing about Robin Wood and that whole circle was that they were extremely politically correct. Their idea of feminism was very specific, and pretty mainstream,” he says. “I was still kind of politically correct and I wrote this savage critique of the Cinema of Transgression based on a feminist reading … Also Toronto in the ‘80s was one of the international hotspots for art videos, and I wrote another critique of certain gay Canadian video artists, so I was really like the Armond White of the time.” He continues: “Then a couple of very close friends of mine just sat me down one day and read me the riot act, pointing out to me that my political correctness was really narrow-minded and that I was being very doctrinarian, so I started challenging my own positions. After No Skin Off My Ass and Super 8½ I started challenging ideas about sexuality, tackling issues of race, submission, domination, and power relations within sex and how complex the relationship between homosexuality and fascism is, and presenting female sexuality. Before that I was very afraid of representing female sexuality because I felt, as a pussy-whipped male feminist, I had to be very careful about female sexuality. So I started being much more open in my work.” 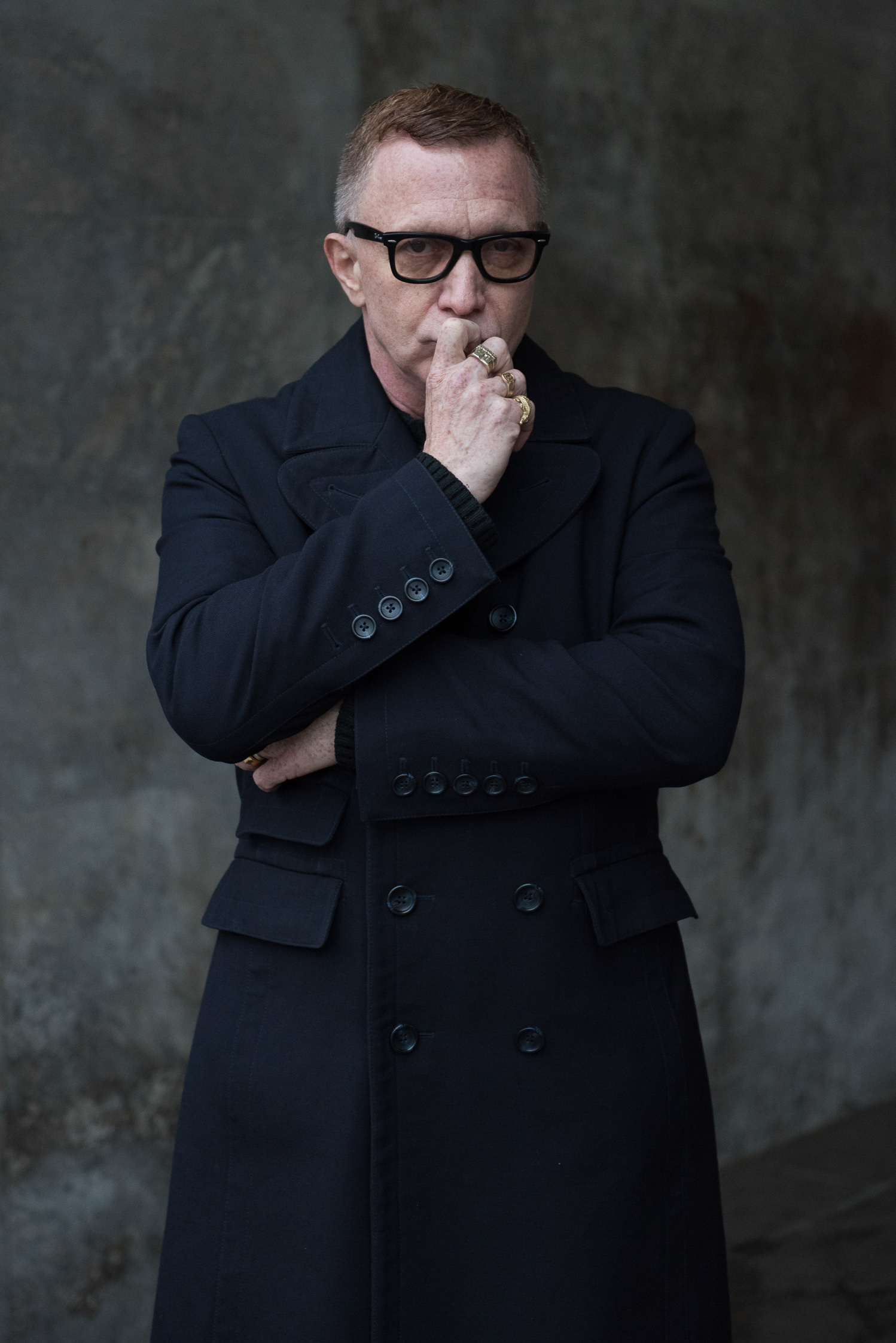 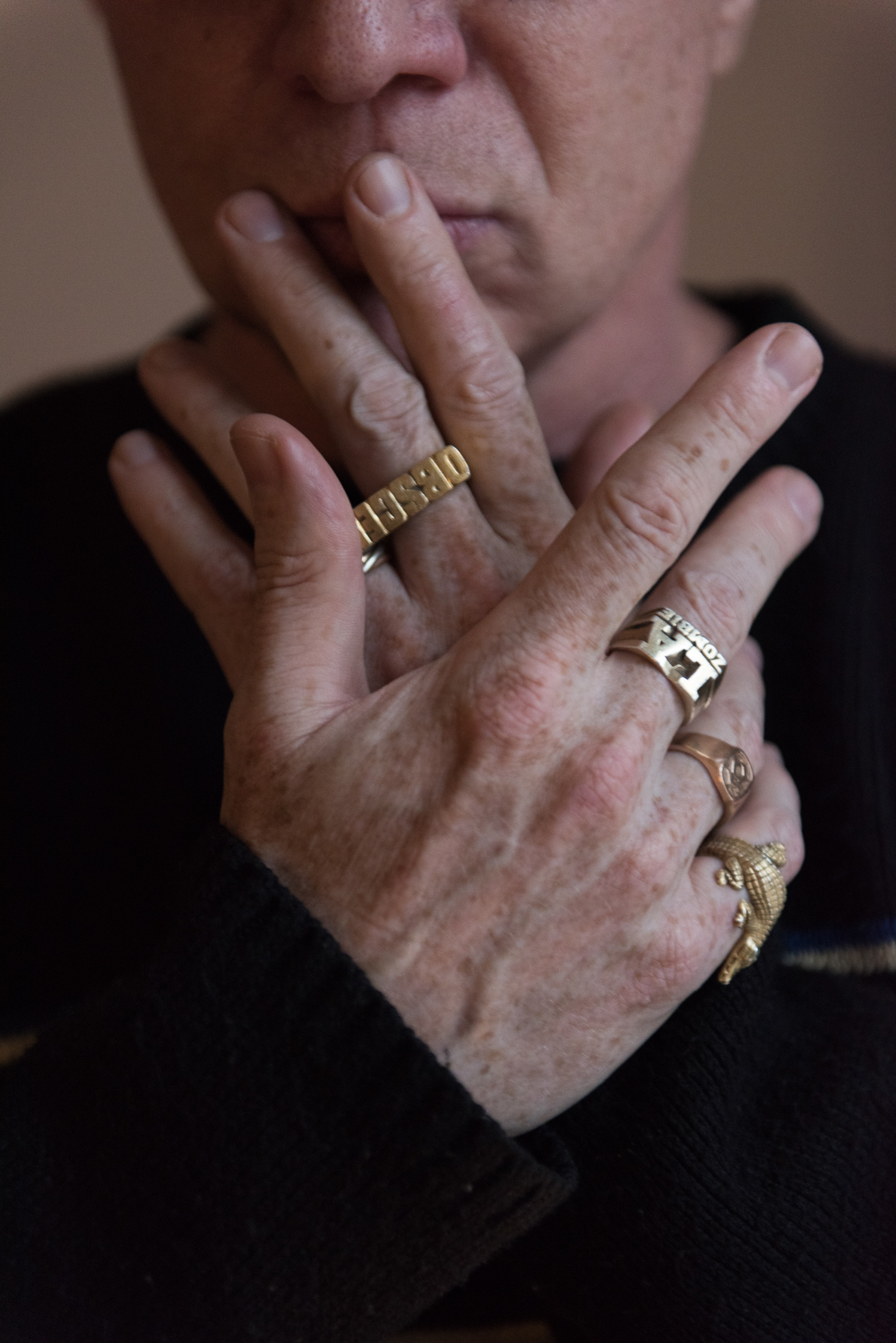 It was during this time in Toronto that Bruce met Jürgen Brüning, the founder of Berlin-based porn studio Cazzo Film who would go on to become the producer on almost all of Bruce’s feature films, including The Misandrists. “Jürgen was the visiting film curator at Hallwalls Contemporary Arts Center in Buffalo, New York, in 1988 and ‘89,” Bruce begins. “He would come up to Toronto and scout for work to show, so he saw my work and brought me, G.B. Jones, and a couple of our friends down to Buffalo. Our films were almost confiscated at the border for the first (but not the last) time. He was also starting out as a producer so I asked him to give me money to make a feature length Super 8 film, so he gave me $2,000 to make No Skin Off My Ass.” This, Bruce’s debut feature, is a comedy-drama in which explicit sex scenes featuring a punk hairdresser – played by Bruce himself – and a skinhead are interwoven with a radical political message. It now enjoys cult status, and Kurt Cobain famously declared it his favourite film. Jürgen Brüning then gave Bruce a further $12,000 to blow the film up to 16mm: “At that time some people called me a sellout for making a $14,000 film. I was in the very hardcore, anti-establishment punk scene, so if you spent any amount of money on anything you were considered a sellout.”

It’s difficult for people to pin down what my politics are exactly, even which side of the political spectrum I’m on. 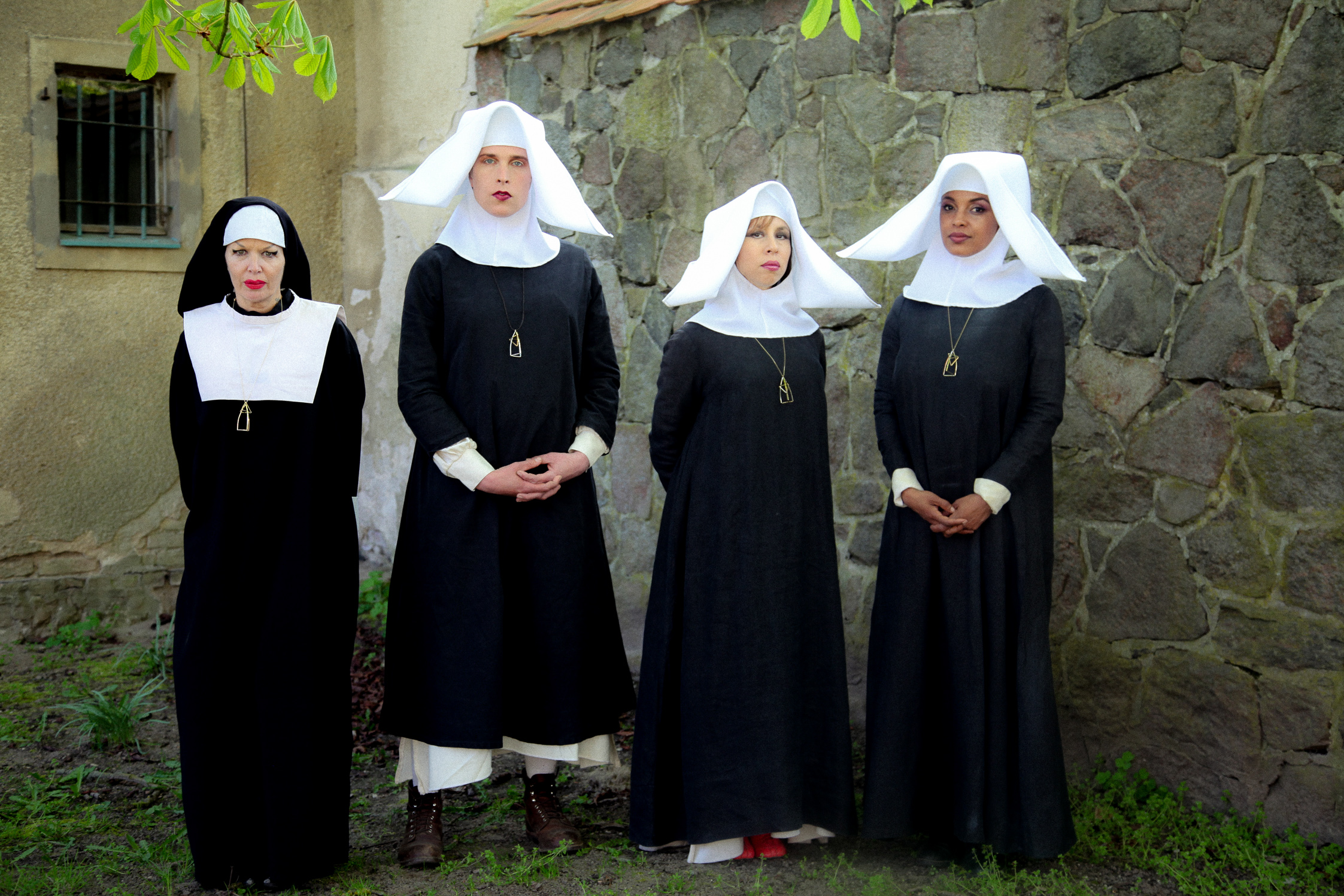 Selling out or not, the creative relationship between Bruce and Jürgen was cemented, and it wasn’t long before they were travelling together to Berlin: “He first brought me to Berlin in 1990 or ‘91 when the city was still divided,” Bruce tells us. “I mean, the wall was down but it was still totally divided. In fact, a local avant-garde filmmaker in Berlin named Michael Brynntrup used to take me to the East to show our Super 8 films in bars and emerging queer spaces. It was amazing, because the people from the East were really starved for underground stuff that they never had access to.”

Given the radical and explicit nature of Bruce’s films, which often feature unsimulated sex, it comes as no surprise that he has had his fair share of criticism over the years. However, when his first feature was shown, this criticism came from an unlikely source – the very underground scene that he was a part of. “The punk scene was very homophobic in the mid- to late ‘80s, so I got a lot of hostility and violence directed towards me for showing these kinds of films. I was only showing No Skin Off My Ass at punk bars and queer, alternative art spaces. I had it on Super 8, so I would bring a Super 8 projector with the soundtrack on a cassette.” 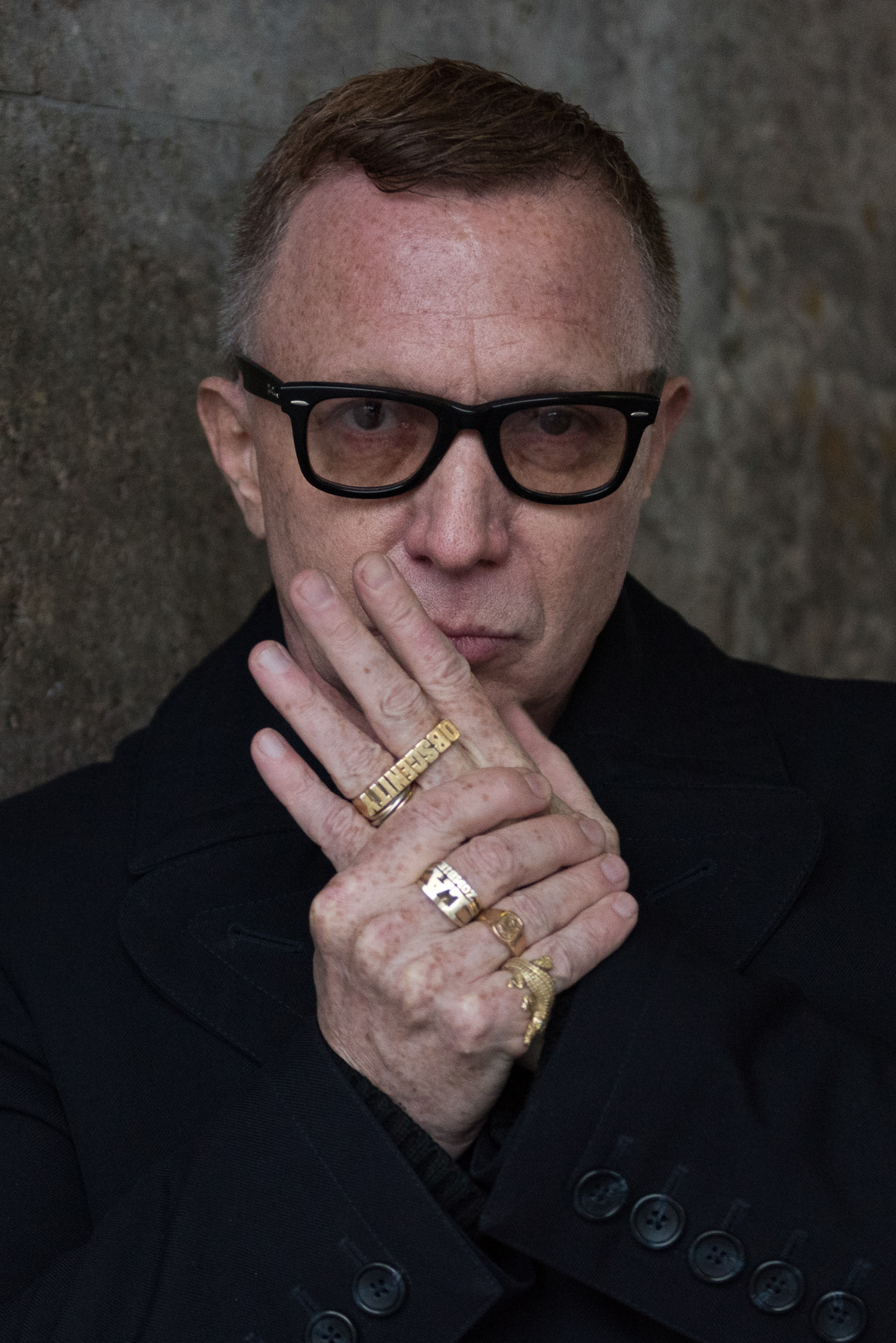 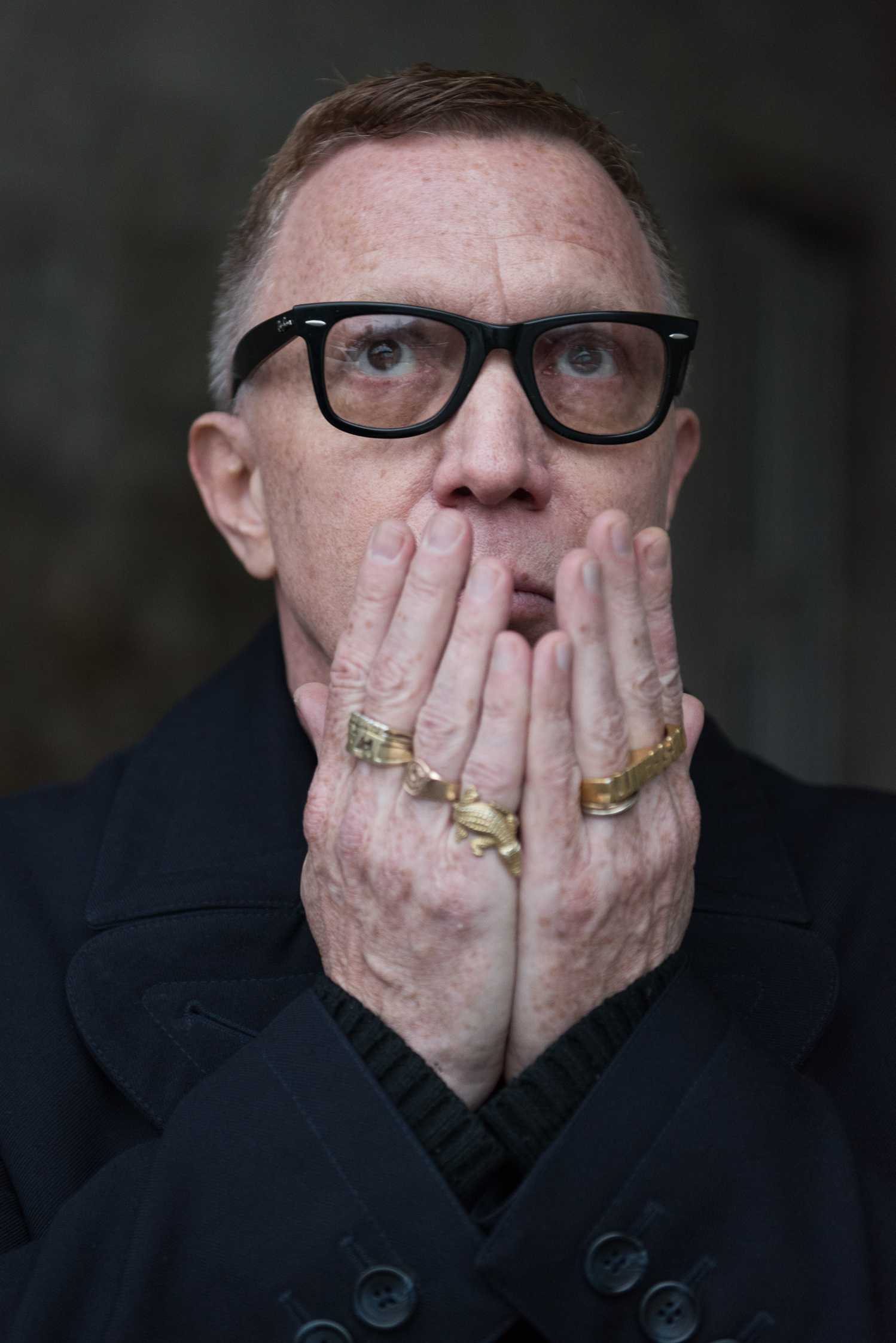 Certain people can’t watch certain kinds of art because it triggers a bad feeling in them? You have to be much tougher than that to fight fascism.

But how does it feel to have his political stance so greatly misunderstood by his audience? “I took that question as a compliment!” He says, “but it’s exactly why the left is in such chaos and disorder today. They’ve taken this very simplistic and politically correct position. They’re so busy policing themselves and their language, and policing the activities of factions within the larger spectrum of the left that they lose focus of who the real enemy is. They become easy targets of the right because they’re so naïve about their own political position and worldview. They’re way too sensitive. This idea of ‘safe spaces’ and the concept of being ‘triggered’, like certain people can’t watch certain kinds of art because it triggers a bad feeling in them? You have to be much tougher than that to fight fascism.”

We ask Bruce if he would ever make a movie about Donald Trump’s brain, in the spirit of Ulrike’s Brain and the B movies that inspired it. “Eesh,” he recoils at the thought. Then, groaning, adds: “I mean, if he weren’t so fucking boring! He’s not very glamorous. He’s very crass, and kind of dull-witted.” 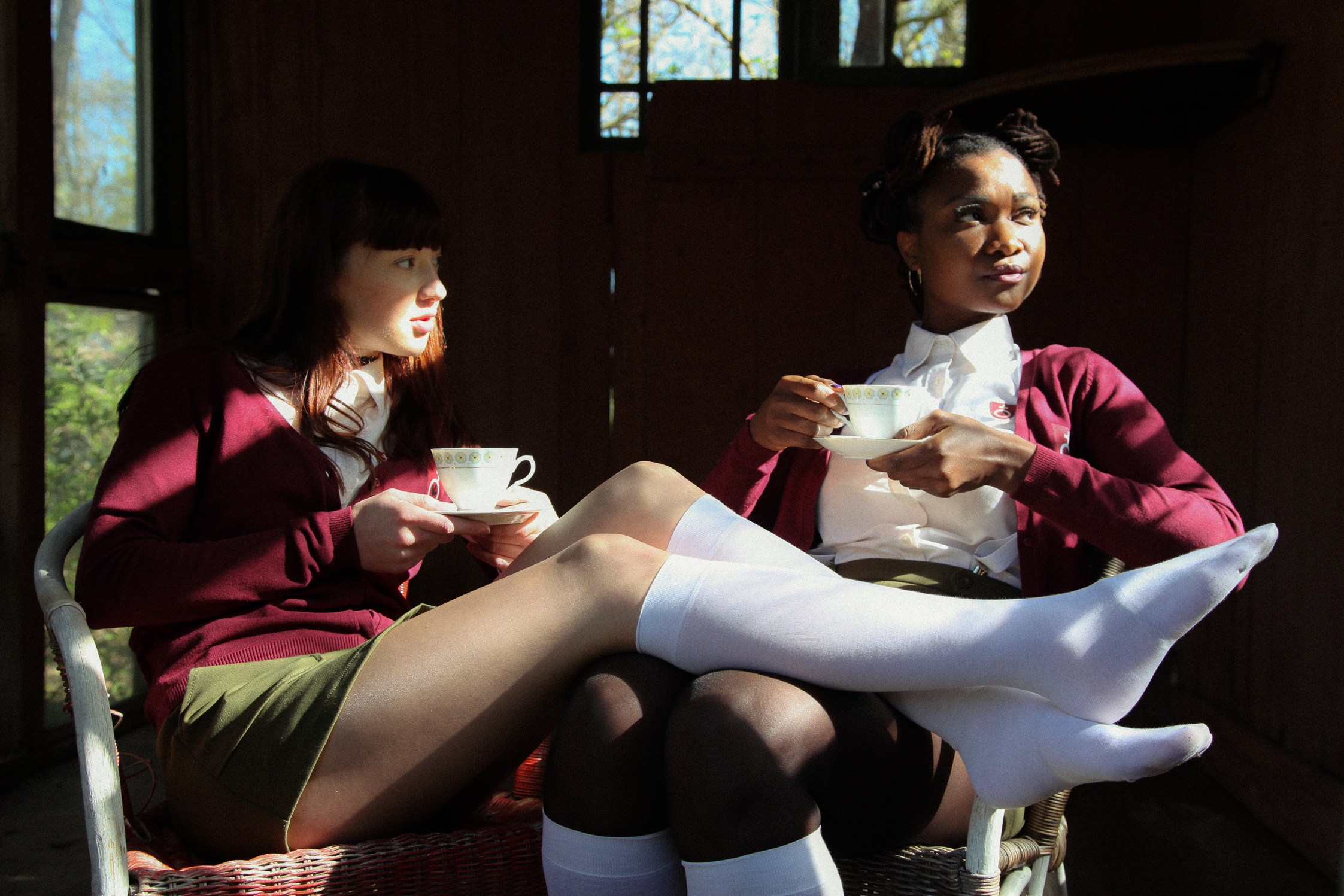