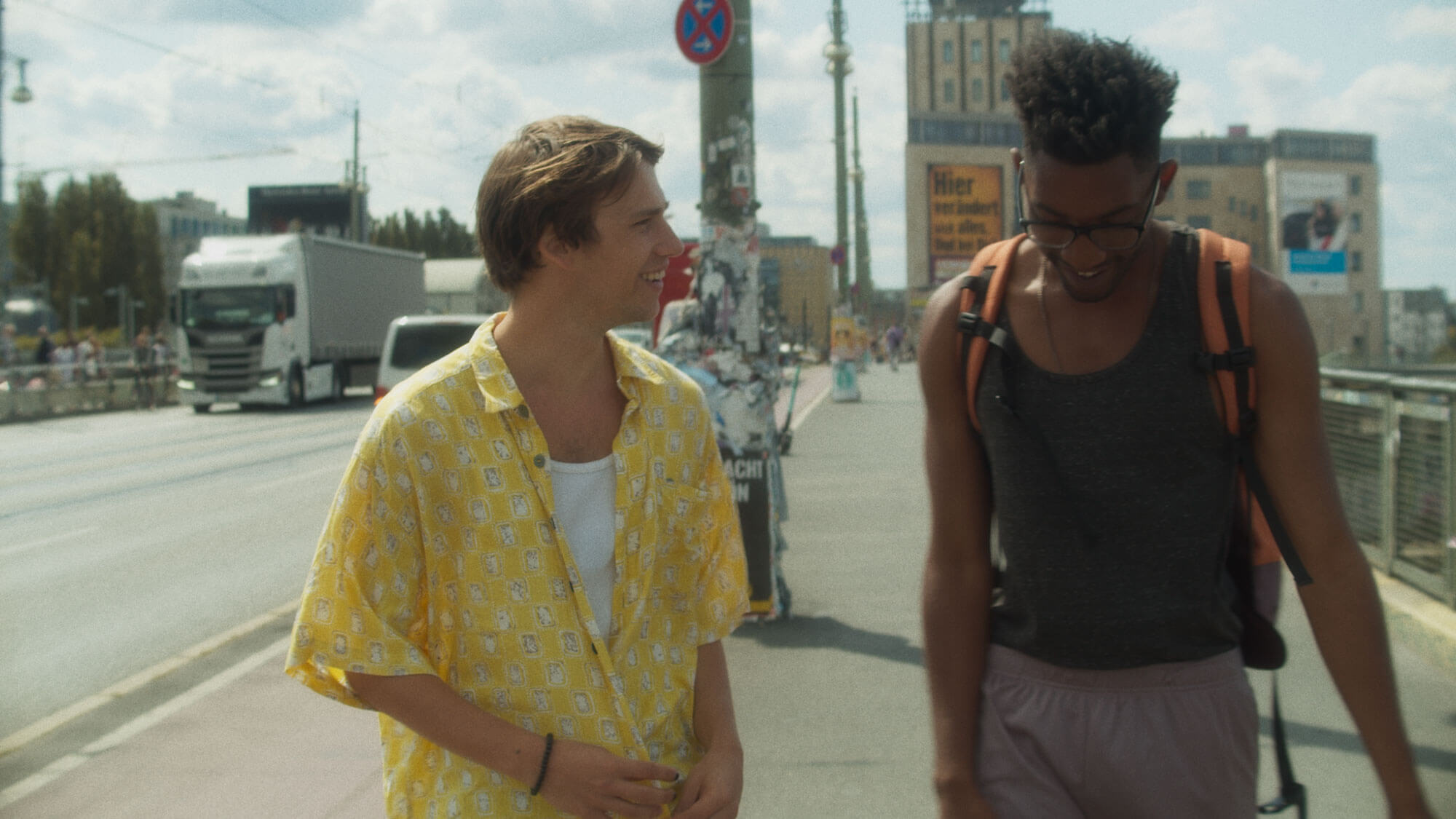 Everyone has fond memories of a long summer’s day that you hoped would never end, especially in Berlin, but Daniel Sánchez López’ debut film, Boy Meets Boy, makes the image of sun setting even harder to swallow. The film traces the soft ebbs and flows of day-long romance that meanders through hazy streets of Berlin, as well as through the wandering thoughts of two sleep-deprived minds that intertwine, disagree, and come together over a short space of time.

The story follows two men, Harry and Johannes, who meet in a club one night in Berlin. They kiss in said club just a handful of hours before Harry’s flight back to the UK, but before he leaves, Harry explores the cityscape of Berlin through and with the eyes of Johannes. The soft camera work, close-ups, and natural lighting used in the film accentuate the sensual, intimate nature of the brief, yet poignant time the two men share. The film is Berlin-based screenwriter and director Daniel Sánchez López’ first feature-length film. It has been nominated for multiple awards, premiered at the film festival BFI Flare London, and has been screened in over 20 film festivals around the world. We spoke to Daniel about his experience co-writing and directing Boy Meets Boy, what it was like filming in and about his city, and what he plans to do next. 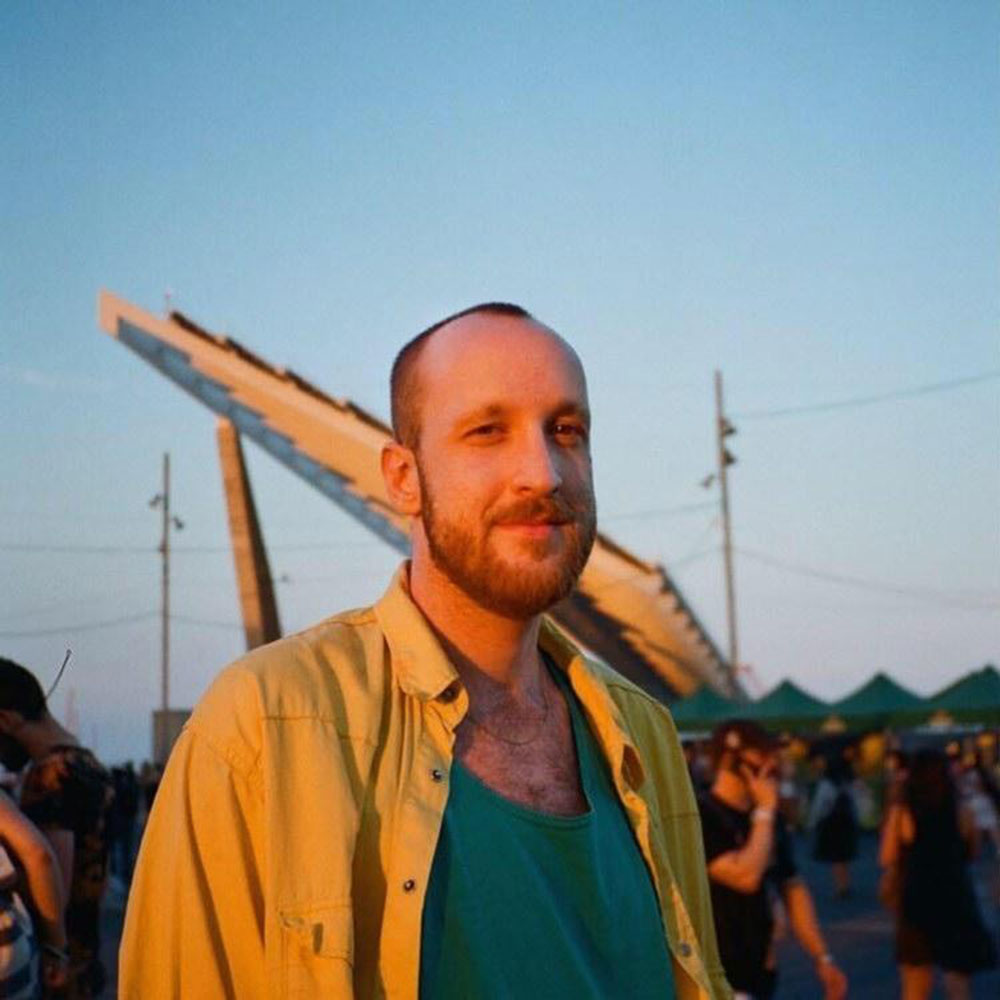 Boy Meets Boy takes place over the course of one day in Berlin. Where did you get the inspiration for the story?
The film takes place over exactly 15 hours, which is the amount of daylight that a day in August has. The film took place over the course of those 15 hours, because shooting in natural daylight is cheaper than shooting at night, since at night you need more equipment, as well as a team. By working this way, we were also able to optimise costume design and casting costs, since there are only two actors in the film. The co-writer, Hannah Renton and I had all this in mind before writing the script. We knew that it would be difficult to raise money to make our first feature film, so we wrote a script that had a very low budget. Nevertheless, that made the writing process challenging. The film is grounded in dialogue, and for that reason, my biggest inspirations where from movies that also focus on dialogue between two people, like Richard Linklater’s Before trilogy, Weekend by Andrew Haigh, Medicine for Melancholy by Barry Jenkins, and In Search of a Midnight Kiss by Alex Holdridge. All of those films also share the fact that they’re based on a brief encounter – a fleeting moment of joy.

What did your process look like?
During the writing process, the first thing I asked myself was what I wanted both the audience and myself to feel during the film, as well as what I wanted them to feel once it ends. From there, I started researching about a certain theme and started writing a bullet point list, which then became a story approximately 10 pages in length. Then I made a map out of post-its in front of my bed. This map was helpful, because I got to wake up and go to sleep with the film for a few years. This helped me develop an intimate relationship with it.

During the production, I decided to work with my closest friends and have a small crew on-set. For Boy Meets Boy, there were only 7 people on-set. During post-production, my friend and flatmate, Thea Aae, edited the film for almost one year, so the film started in my bed and ended in the bed of my roomie. It was a really cozy, friendly, and intimate process.

The film was made in Berlin. How did you choose locations? What was it like filming in your city?
When Hannah and I started writing the film, we were living in Denmark, then we decided to move to Berlin to keep writing and to set the film in the city. We were in love with the energy and creativity of Berlin. The goal of choosing the locations was to think outside the box and choose buildings that aren’t touristy. We wanted to observe the beauty of random urban elements: houses, streets, U-bahn elevators, Spätis. In a way the film is also a love letter to the city that I’ve now lived in for almost 6 years. 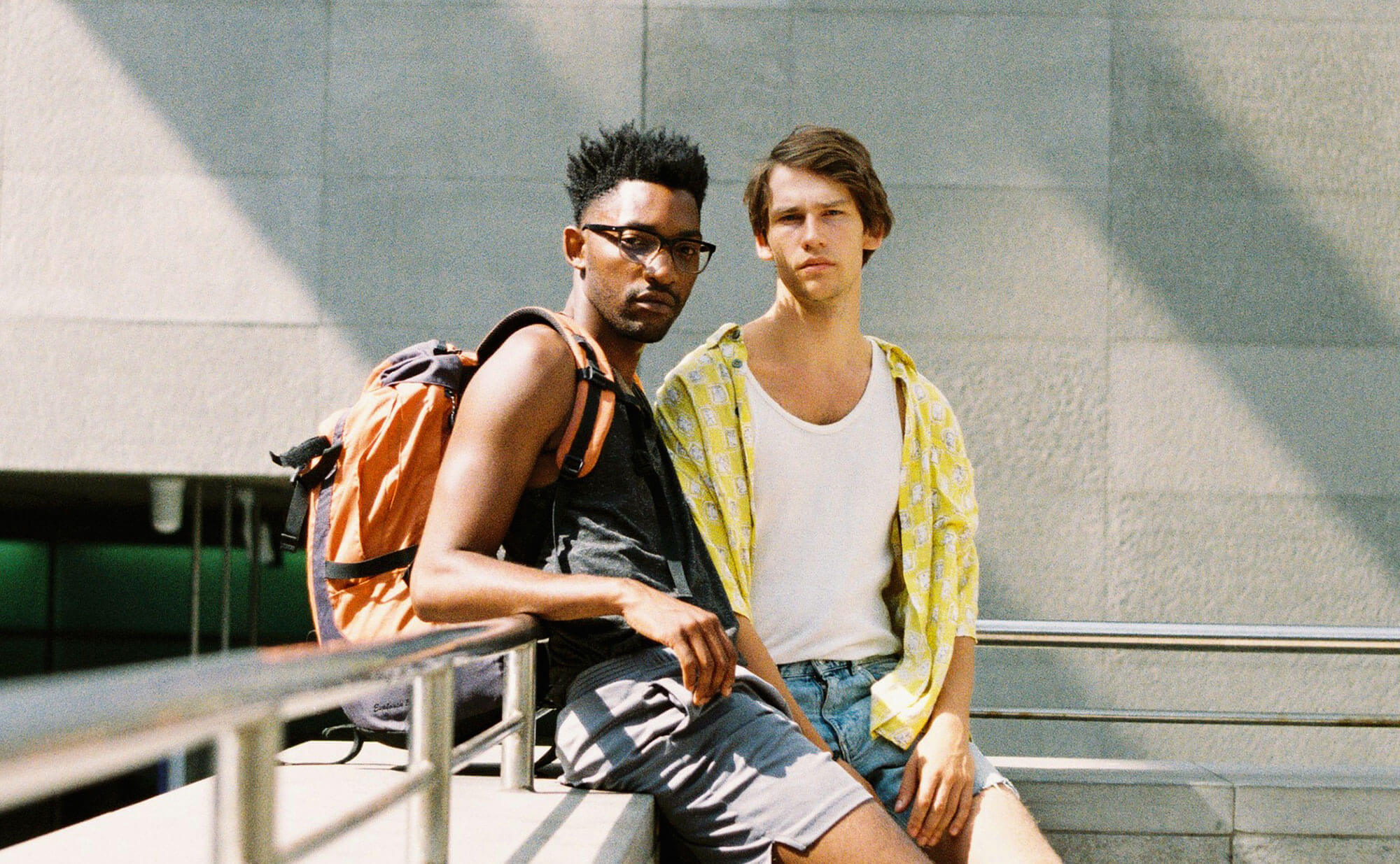 Being surrounded by all of my friends while making a film was a dream come true. 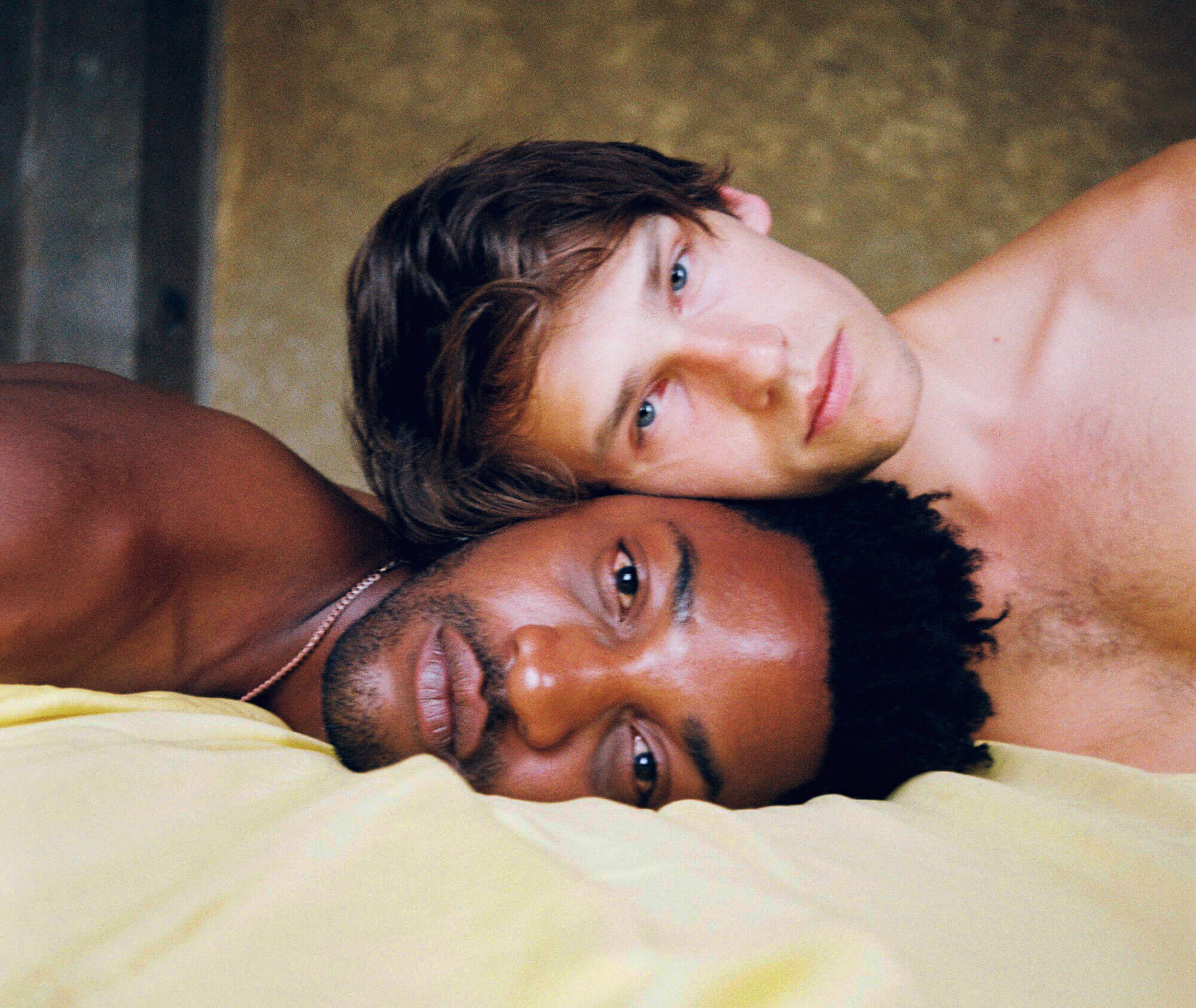 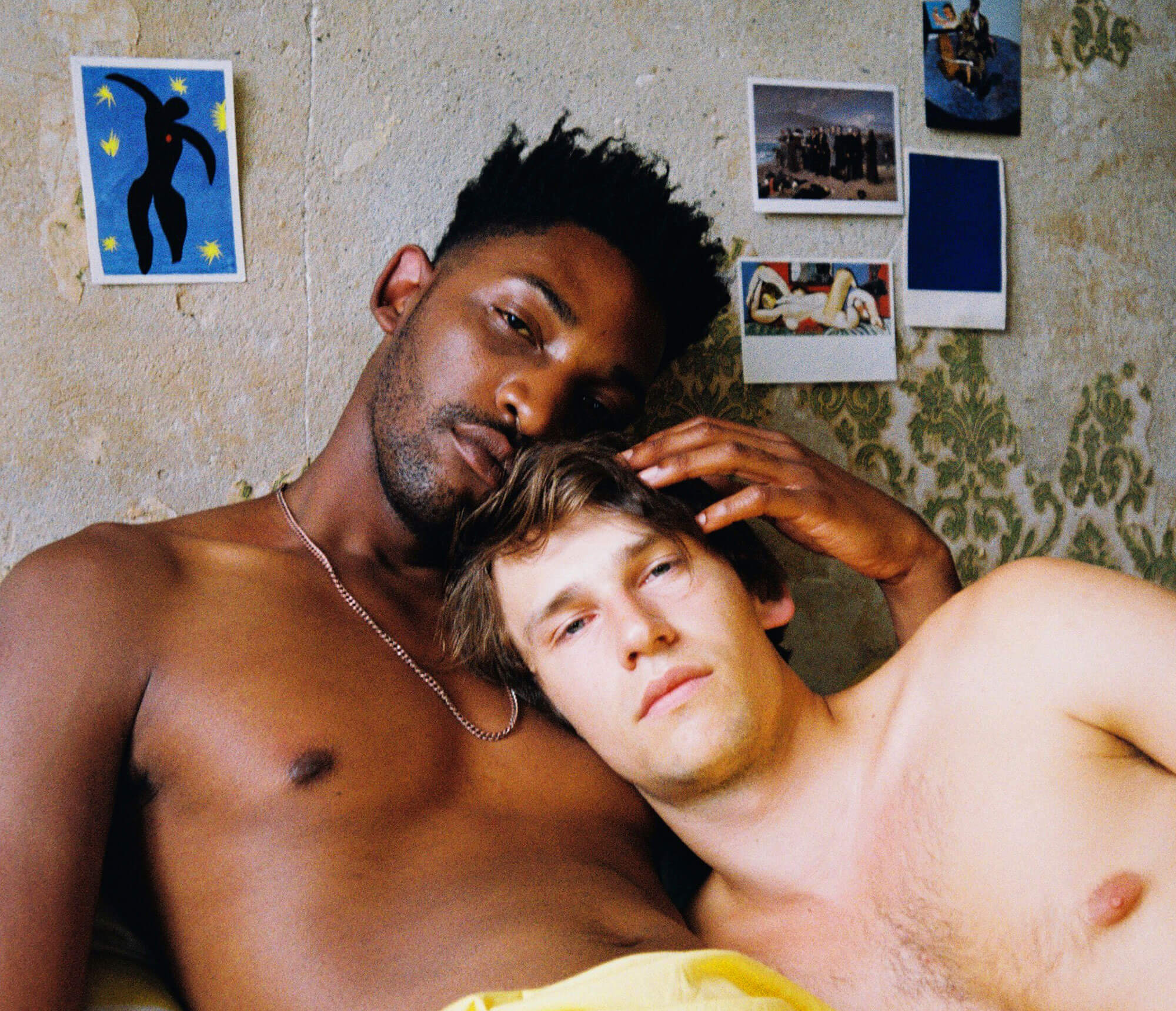 This was your debut as a filmmaker. What unexpected challenges did you encounter? What did you learn?
There were two main challenges: finding the actors and working during COVID-19. As for finding the actors, I’m really lucky that I found the two lead actors, Matthew and Alexis, and that they gave me such beautiful and realistic performances. Regarding COVID-19, I’m happy we can finally work and meet together – and also go to the cinema.

In general, I found directing a feature film for the first time to be very natural – probably because I was telling a story I knew pretty well, which helped me know that I was being honest to the characters and to the theme. I learned a million things, but probably the most meaningful thing I took away was realising how much love and support my friends and family give me. They made me believe in myself and encouraged me to do what I love.

The film is very atmospheric and aesthetically soft. Would you consider that to be your signature style, or did that stylistic choice come about because of the story?
I don’t know what my style is. I made the artistic decisions for the film together with the entire team, and if it seems like the film feels soft, then it’s because that choice fits the story, but it’s not a personal style. I like films with a strong, sensory mood – films that you can smell and touch, rather than listen to and see.

What is your favorite memory from the filmmaking process?
Being surrounded by all of my friends while making a film was a dream come true. I cried tears of joy more than once.

Where did the film debut? And when did it premiere in Berlin?
The film has its international premiere at BFI Flare London, and from there it has been in over 20 film festivals around the world: Frameline in San Francisco, Outfest in LA, and festivals in New York, Kyiv, Paris, Toronto, Tulum, among others. We expect even more countries to release the film in cinemas and VoD, like Italy, Spain, Poland, Czech Republic, Israel, Taiwan, Hong Kong. The film premiered in Germany and Berlin at Queer Film Nacht and in MONgay at Kino International in September. 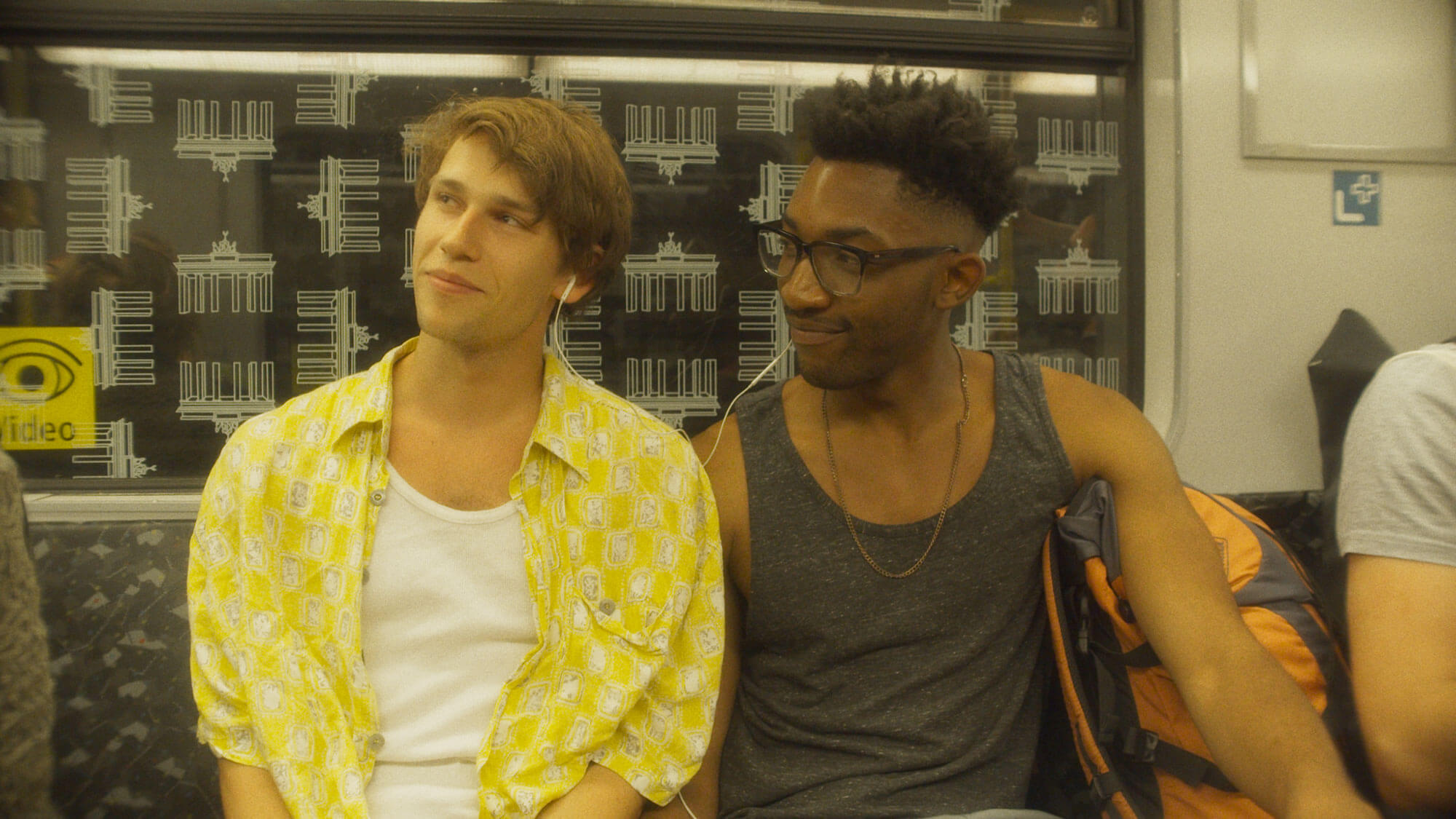 Those 30 seconds when we received the award were unforgettable. It was one of the sweetest moments of my life. 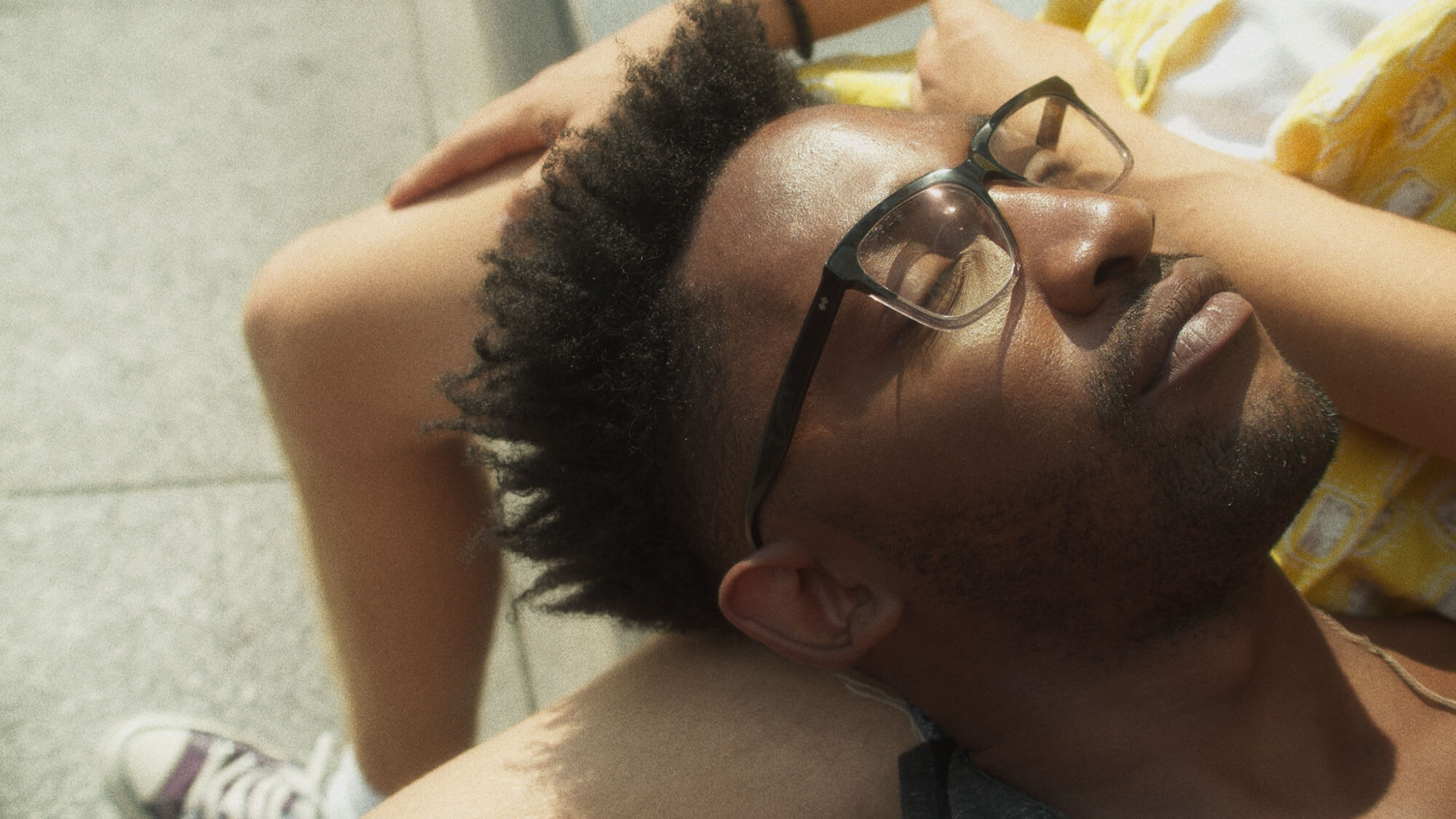 Boy Meets Boy was nominated for two awards and won one. What was it like winning an award for your first film?
We got a special mention at Molodist Kyiv International Film Festival in the Sunny Bunny section. Receiving this award was really unexpected and magical. I couldn’t stop crying and was speechless. Thank God my producer, Lucia Sapelli, who was also on stage, remembered the importance of love and fighting for LGBTQIA+ rights in her speech. Those 30 seconds when we received the award were unforgettable. It was one of the sweetest moments of my life.

You’re also very actively involved in the film community here in Berlin. What projects and events are you involved in, and how did that shape your own practice?
I’m a programmer at Visionär International Film Festival, an annual event focused on up-and-coming filmmakers. It’s really inspiring to watch the work of debut filmmakers, and it helps me better understand the concerns of our generation, as well as how to build a critical opinion of them. Sharing experiences with new filmmakers from both Berlin and abroad with different backgrounds and perspectives helps me understand the film industry, but more importantly, helps me understand myself and how to grow as a person.

Are you working on any more films? What’s up next?
Yes, the positive reception of Boy Meets Boy has encouraged me to keep working, so I’m developing two new projects. For one of the projects, I’m working as a producer for a creative documentary feature film about the experience of trans Cuban women living in Moscow, called Calls from Moscow. I’m also writing and directing another fictional feature film called El Canal de La Mancha, which is about a queer teen friendship forming in the bullfighting universe in La Mancha, Spain, where I was born and raised. I can’t wait to show the final results, which will be in 2024 and 2025. An now I hope you enjoy Boy Meets Boy!

Boy Meets Boy is premiering for the general public in Berlin on January 3rd at Kino International. For more information about Boy Meets Boy or Daniel’s future projects, visit the Cosmic Productions’ website. 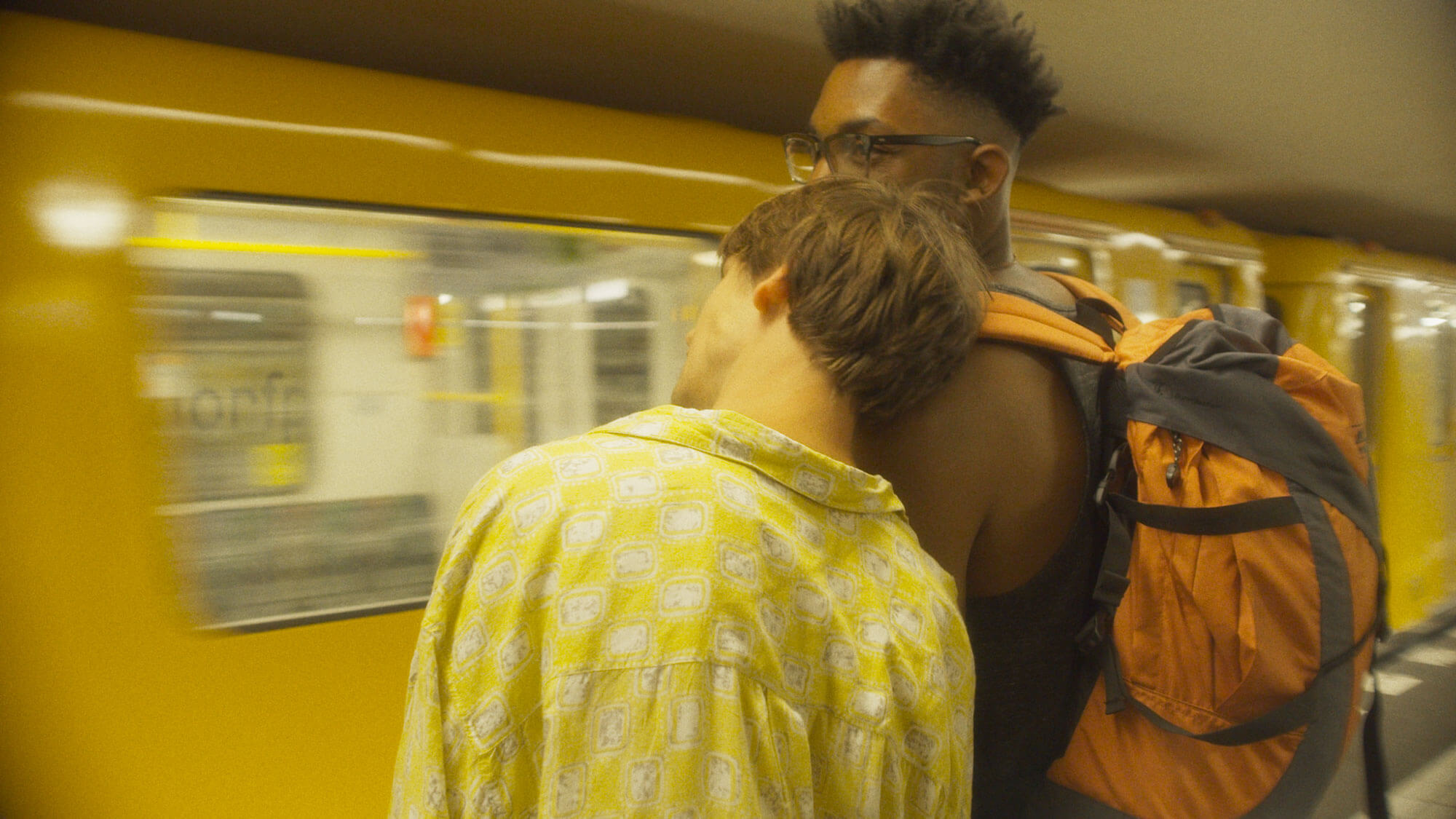