On the Shores of Lesbos 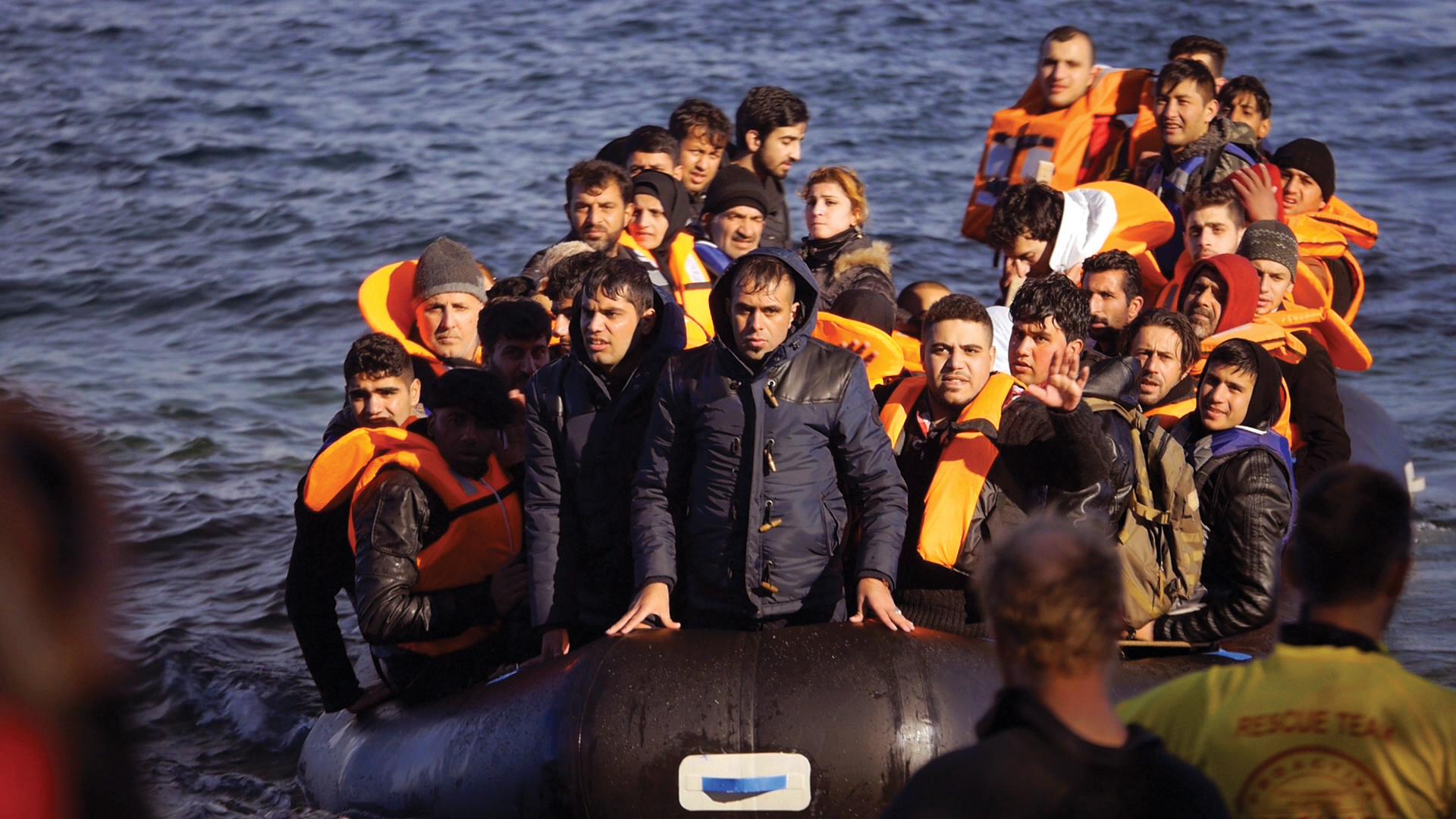 Our Berlin-based contributors have fascinating stories to tell from other parts of the world, and Dispatches is our place to share them. In this edition, documentary filmmaker Ben Jones reports on his recent trips to the Greek island of Lesbos, where he filmed and witnessed the response to the refugee crisis. 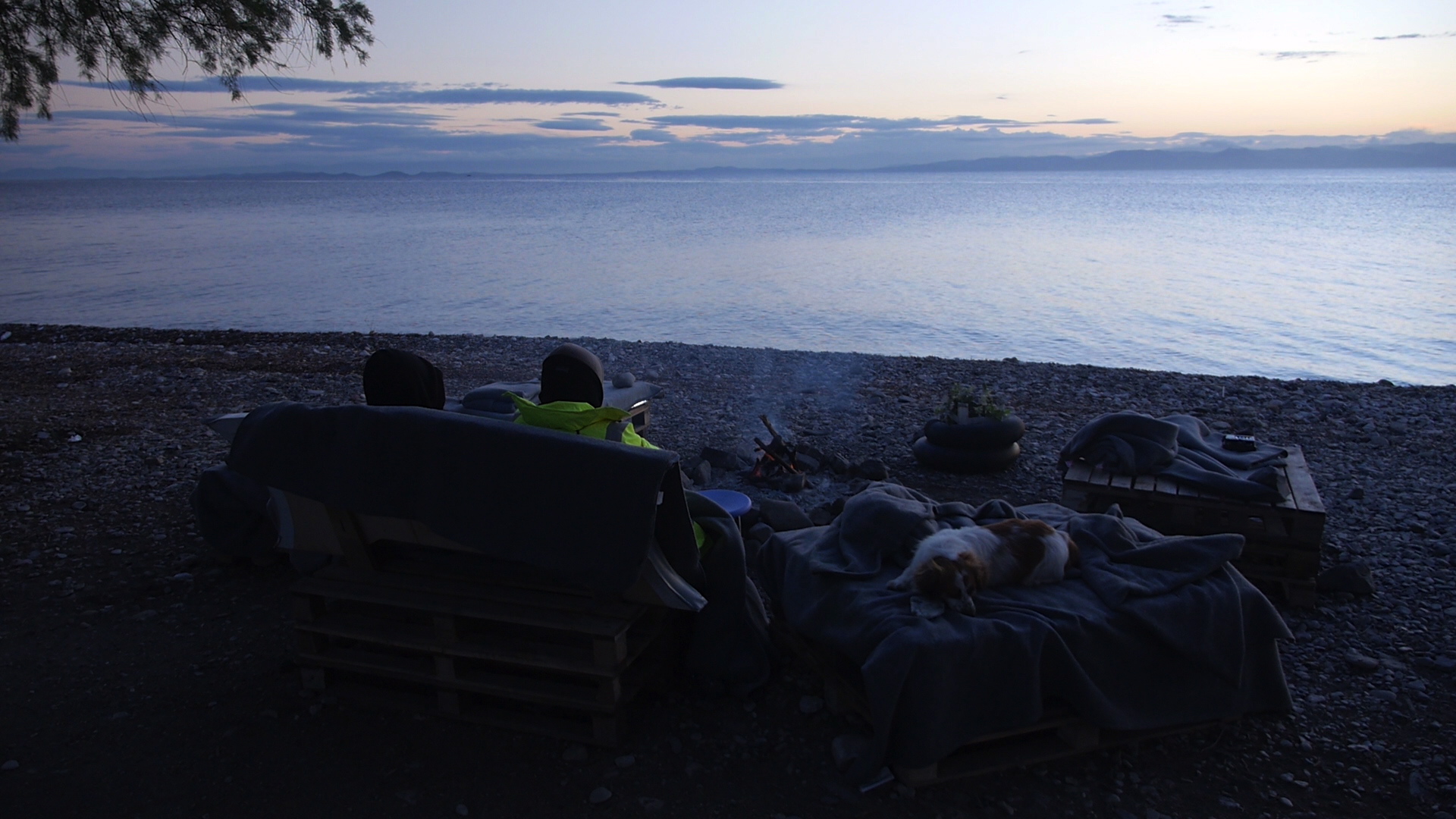 Earlier this year, Sam and I were having a conversation about making a film about the refugee crisis in Europe. Sam suggested filming the migration of refugees across Europe from the Balkans. I was sceptical of the idea at first, as it’s a complicated issue to document logistically, but I liked the subject, especially as Berlin has opened my eyes and influenced my thinking on the crisis. A few months later, I noticed a Facebook post from a friend back home in Belfast about a guy who was putting together a rescue response initiative to help prevent refugees dying at sea. I was really inspired by this and thought that it was the story that we could tell, especially as it had a connection to our hometown. I did some research on the person behind the initiative and it seemed that there was mileage in the idea of following what he was trying to do. This was somebody responding to a situation who had no expertise in the area, and I liked the enthusiasm and madness of what he had planned. After many conversations with him, we decided to go to Lesbos and follow him taking a rescue boat to try and have a direct effect on the crisis. 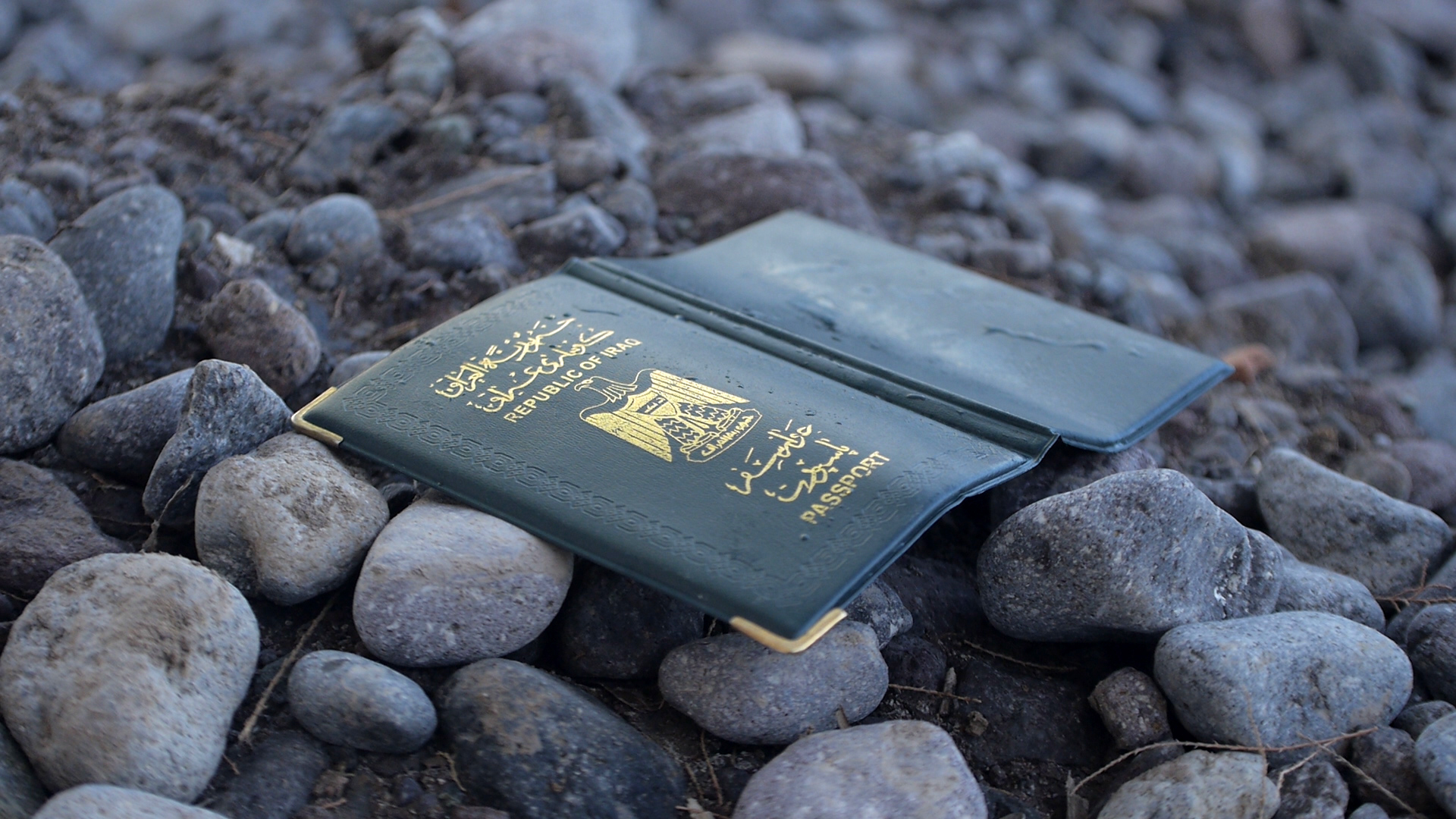 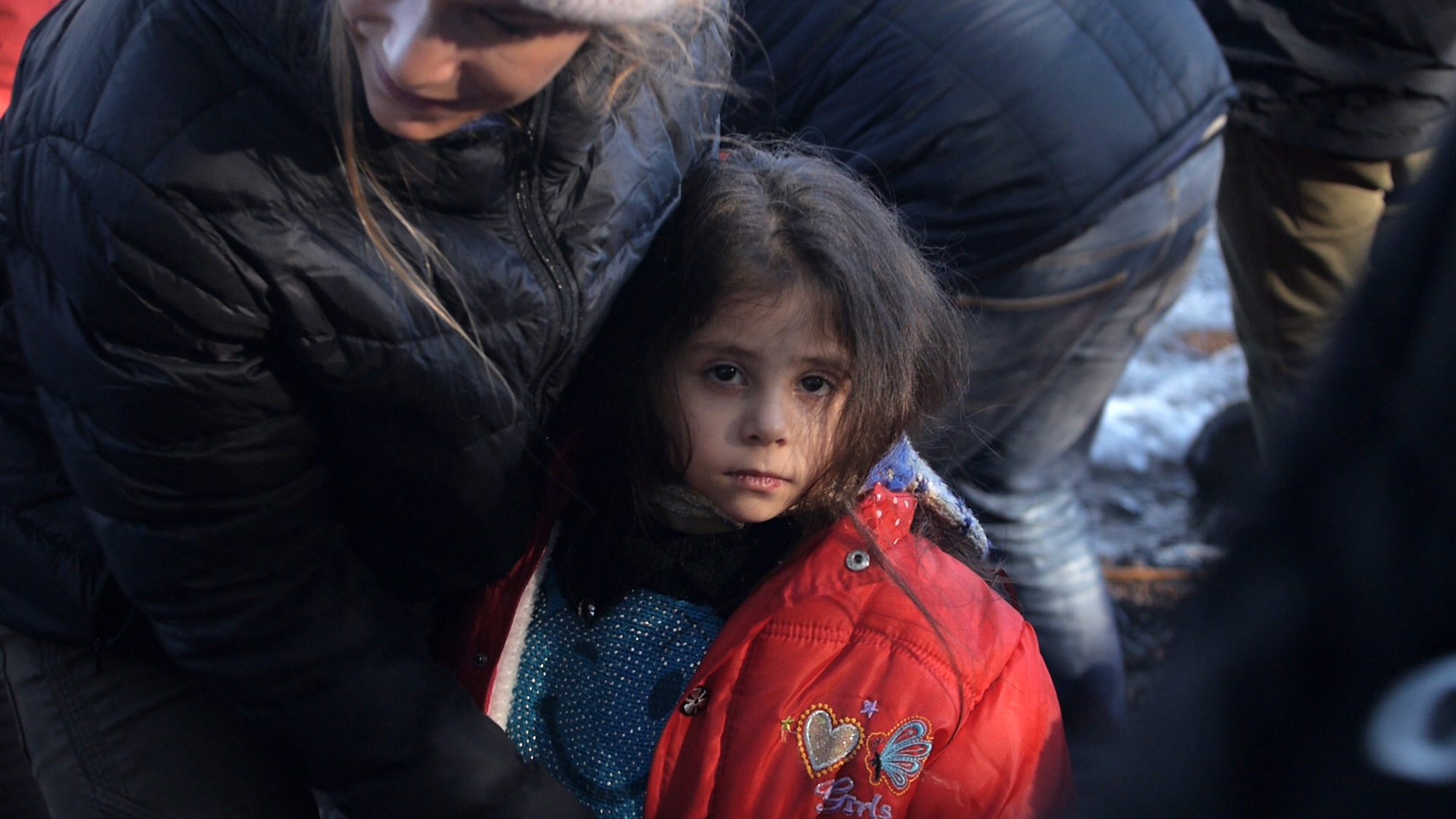 A child is comforted on the beach after landing 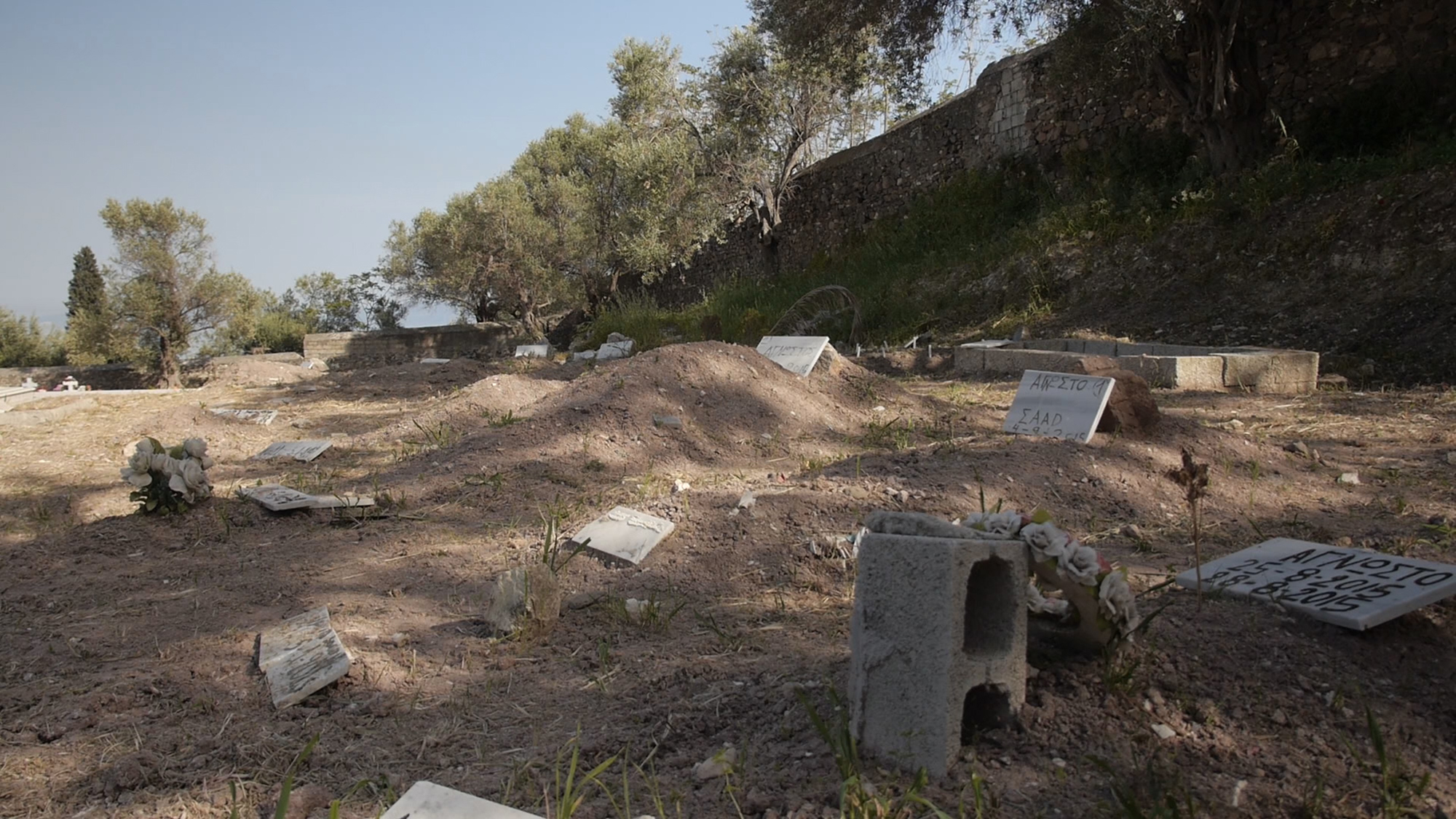 The graves of refugees who died at sea

We went out in February, and that was the first time I saw the other side of the news, through this surreal experience of getting up at 6am to film boats arriving on the beach from Turkey. The boats would just arrive on the beach, 50 or 60 people crammed together on a craft that was designed for 12. Sometimes they arrived in quite a relaxed state, when the weather was good; at other times, the weather on the crossing was rough and people would arrive more agitated and distressed. It was a real mixture of people, a cross section of ages and backgrounds. There were old people, babies, young people, families, people on their own, people in wheelchairs. It was only when they came up on the beach that we started to see individuals, not a mass of people. We started to see human stories, people’s characters: an old guy clutching a Koran, or a mother and father with a tiny baby. We’d see these people become human beings before our eyes, and we felt the emotion of what they had done, crossing the seas to Europe. I think that’s when it all became very real and not just a distant story on the news. I had a camera in front of me, but it became very weird to witness this arrival.

It was a strange contrast, having people arrive from a war zone full of trauma and stories, and landing on this holiday island.

We stayed and filmed for two weeks on the island, in a small village of 300 people on the north coast. It was wild, unspoiled and idyllic, but also an epicentre of the crisis. It was a strange contrast, having people arrive from a war zone full of trauma and stories, landing on this holiday island. After the two weeks, we came back to Berlin and heard that we had received some development funding for the film, so we planned a second trip to follow the story further. When we returned in April, everything had changed. We were in a different place – Mytilene, the capital of the island – and because of the new EU directive and the agreement between the EU and Turkey, the arrival of the boats had really slowed down. For three weeks, we didn’t see one boat arrive. The boats were being picked up at sea by the coastguard instead of arriving at shore. Now people were being collected at sea by a much more officious coastguard service, processed, and taken to refugee camps. Before that, they would have been greeted on the beach by small NGOs, given cups of coffee, medical attention, dry clothes and blankets. It really affected the rescue initiative that we were following. They felt that they were becoming part of an authoritarian response, rather than the humanitarian response that they were set up to be a part of. Suddenly, the reason they were there became questionable. Some other NGOs left because they didn’t want to be part of the change that had been made. However, people were still on the beaches waiting for boats that may have slipped through the coastguard cordon. 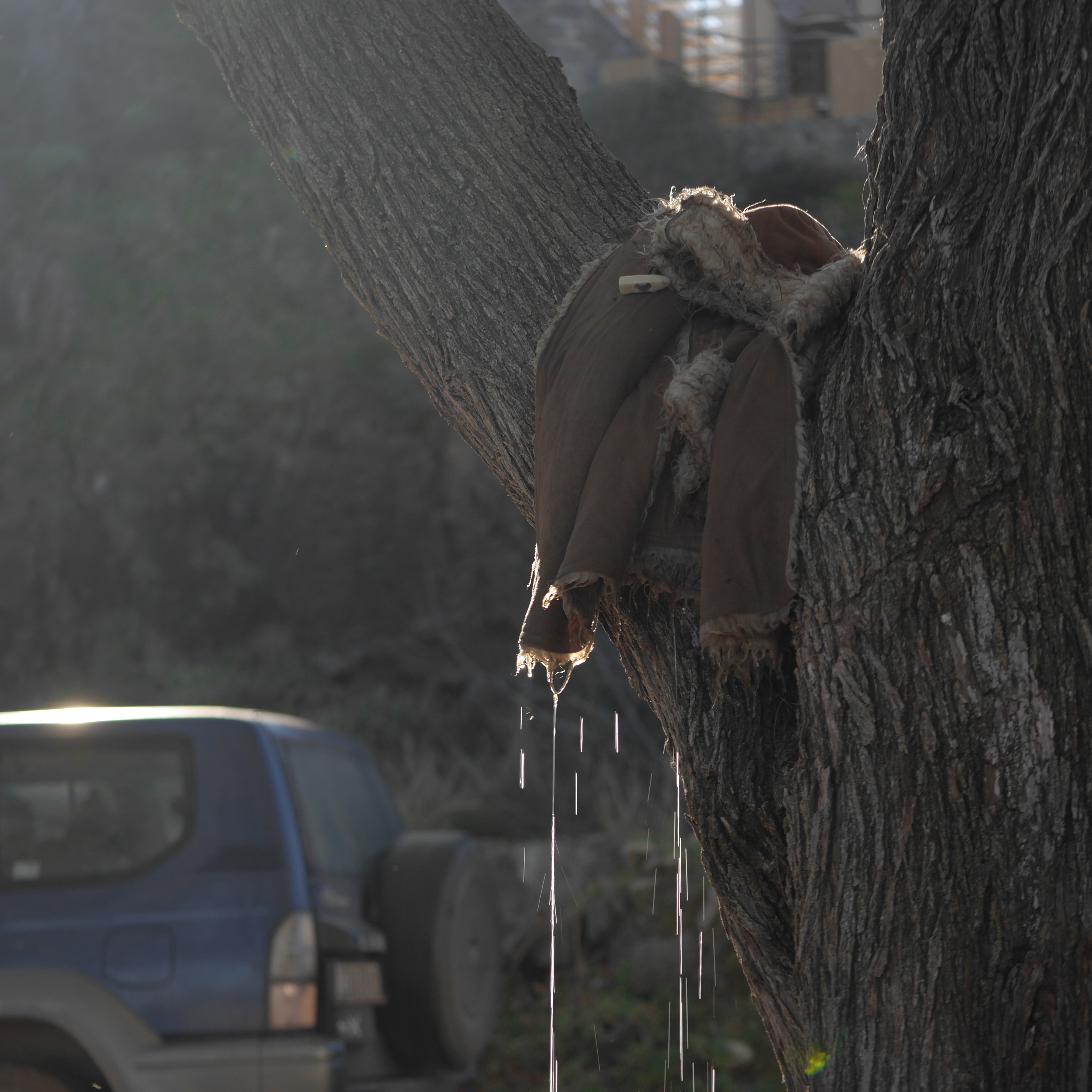 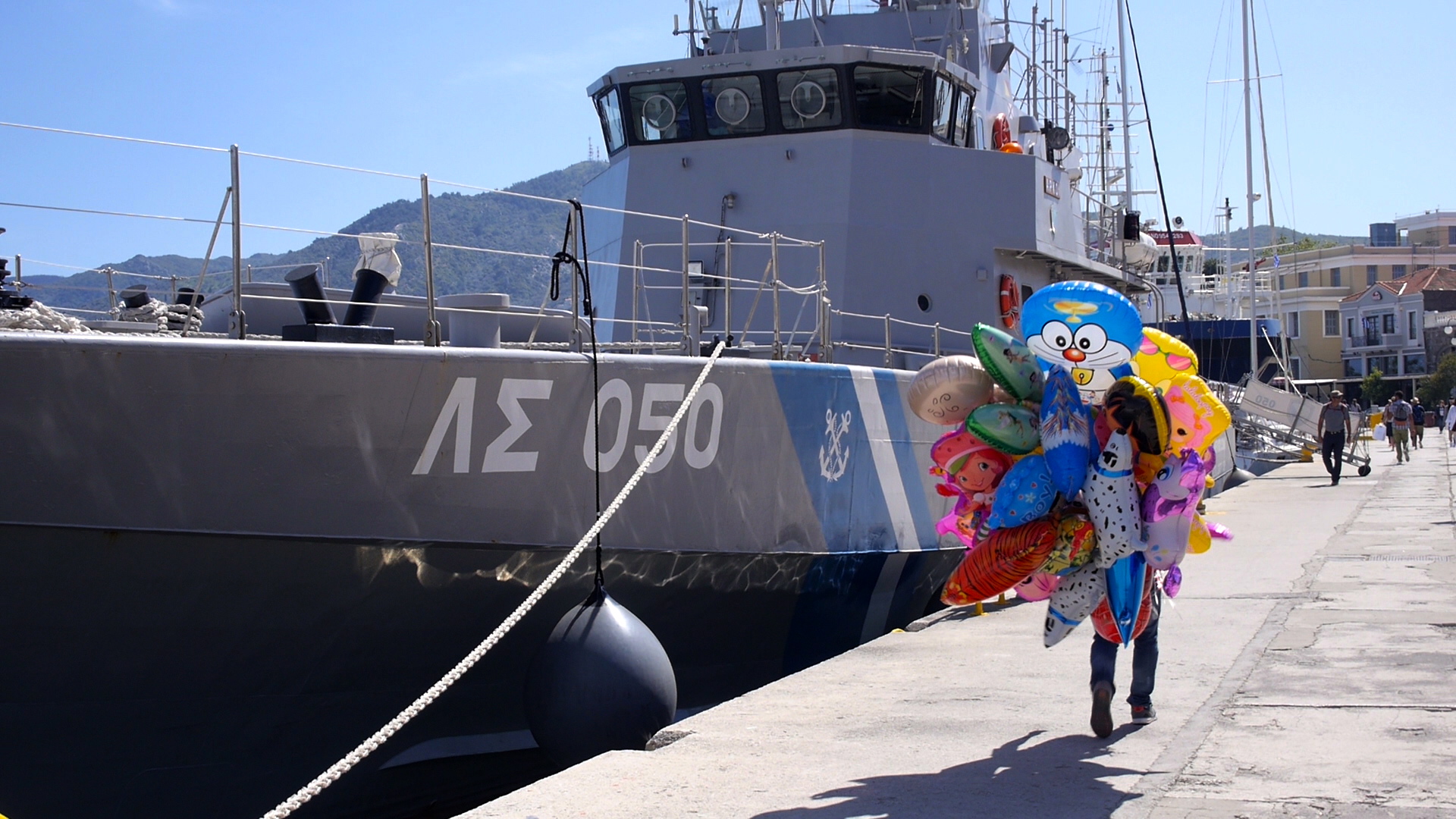 At the end of the trip, the situation at sea seemed more under control, but we weren’t sure if we were witnessing the end of these mass illegal crossings, or just a prolonged lull in the crisis. It all depends on the agreement between the EU and Turkey. In the end, only time will tell if the agreement works, but in the meantime, the wars rage on and people still need refuge.” 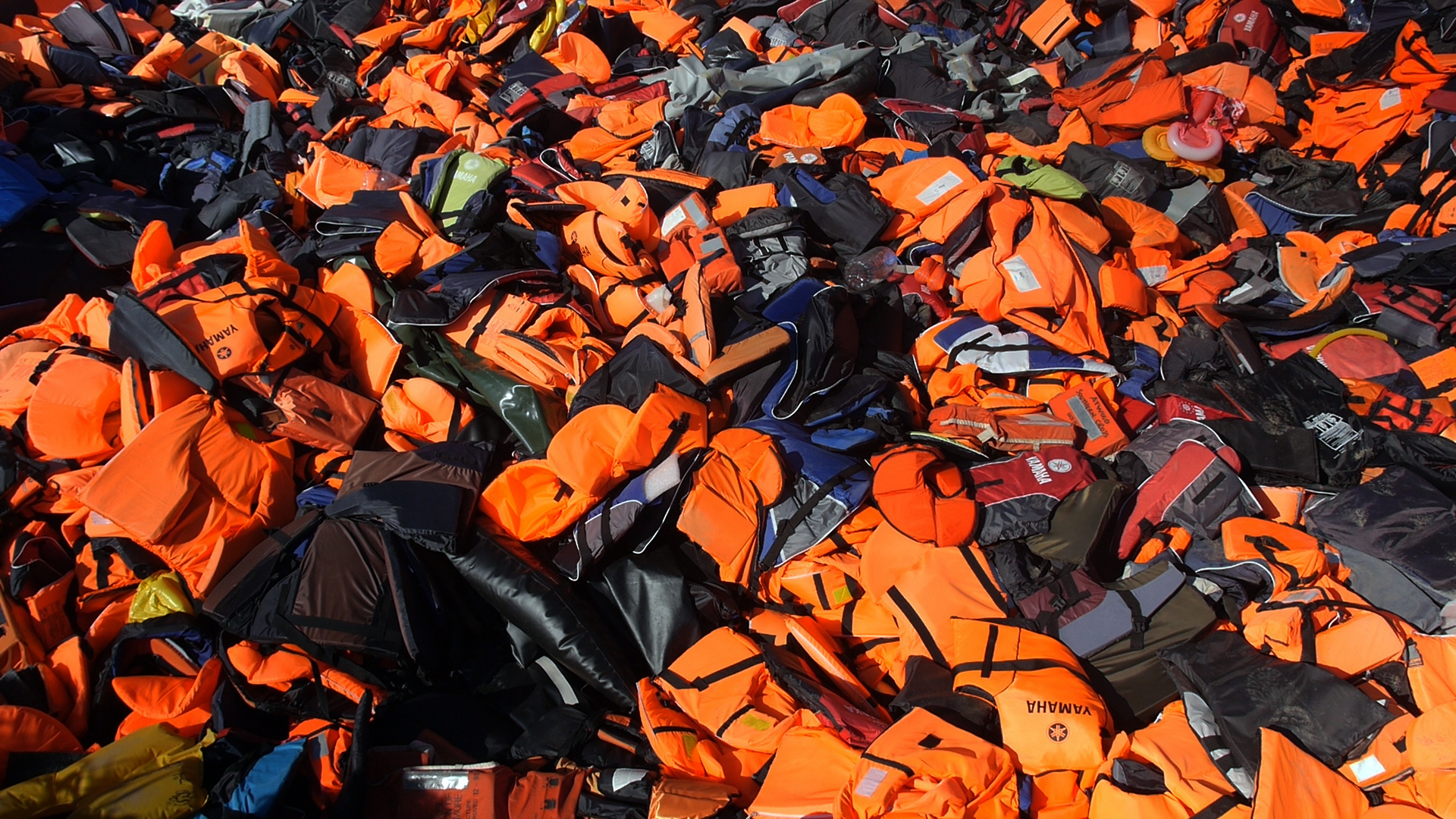