A tour around one of Neukölln's most distinctive cultural hotspots: Horse & Pony Fine Arts 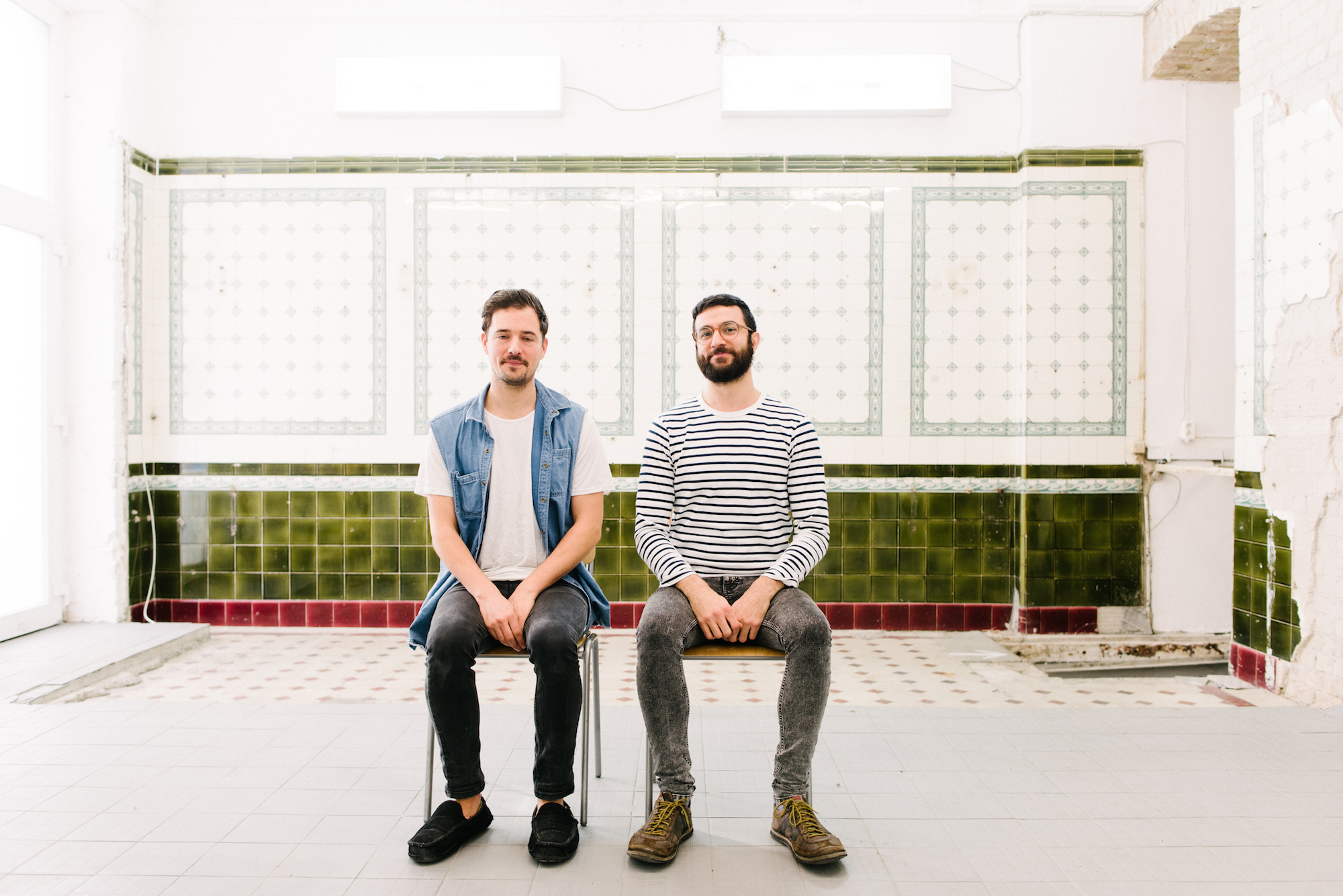 Horse and Pony Fine Arts certainly looks like a gallery, but also like a work of art in and of itself, proudly wearing the remnants of its history like so much of Berlin. Distressed walls partially clad with coloured tiles that recall a ‘70s kitchen, or maybe a Turkish Haman. Several moveable white walls stand upright against exposed brick, the ceilings lined with ornate baroque-style molding.

Once a Dönermanufaktur, and before that a butcher shop, the property is now home to an exciting new art space featuring curators, artists, writers and musicians from around the world. Built essentially from the ground up, it is the product of four years’ hard work by its co-founders, American artists Carrick Bell and Michael Rocco Ruglio-Misurell. 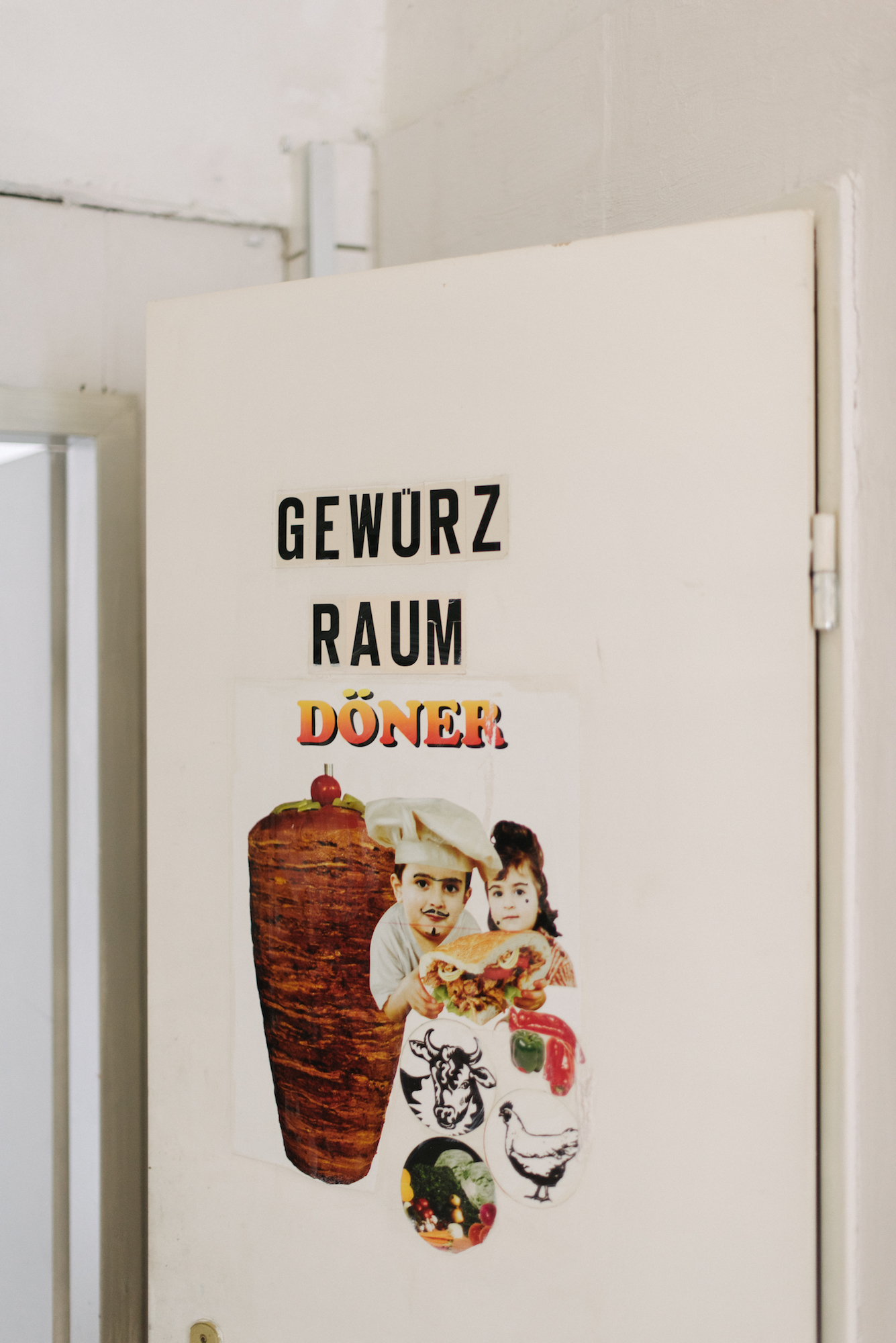 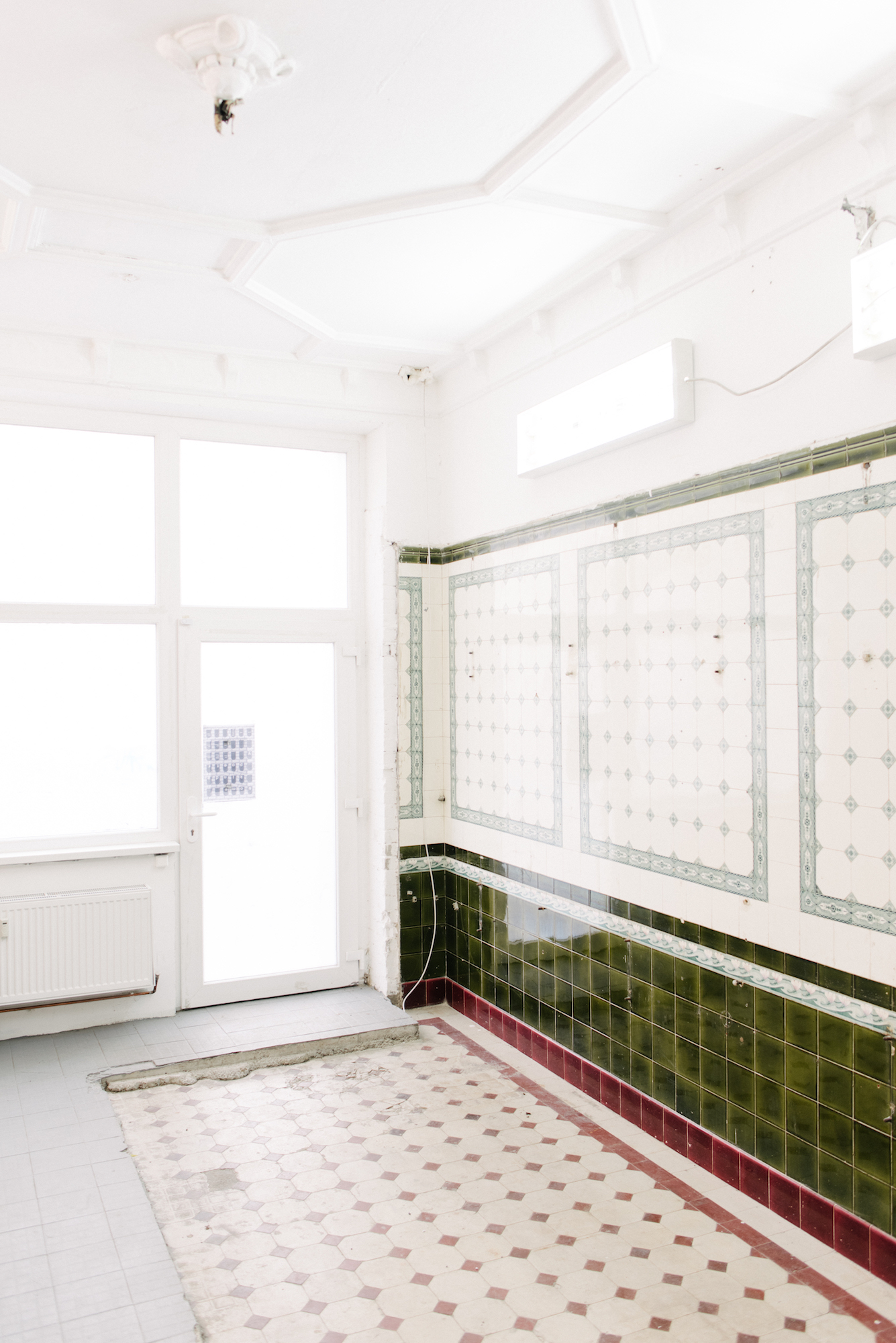 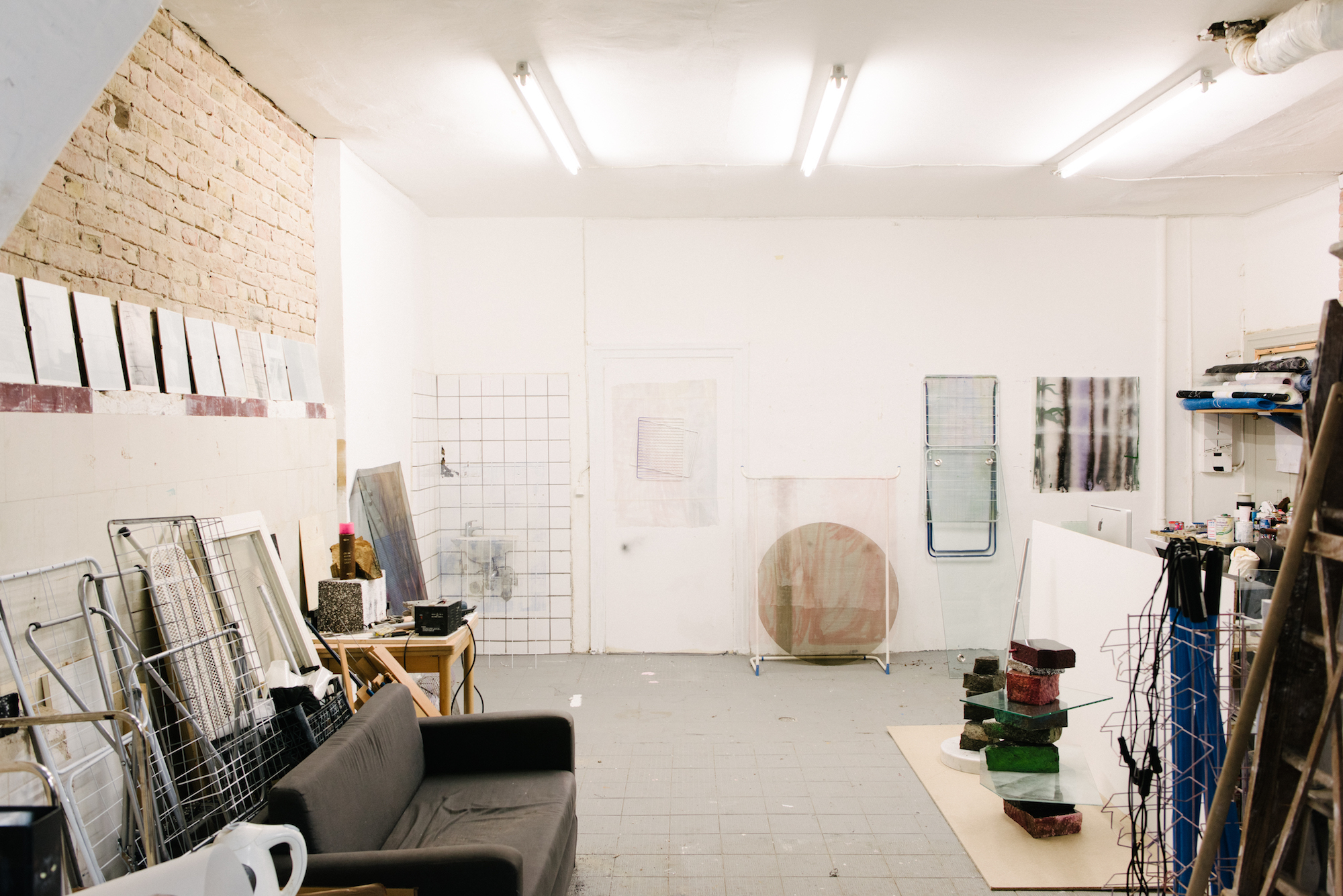 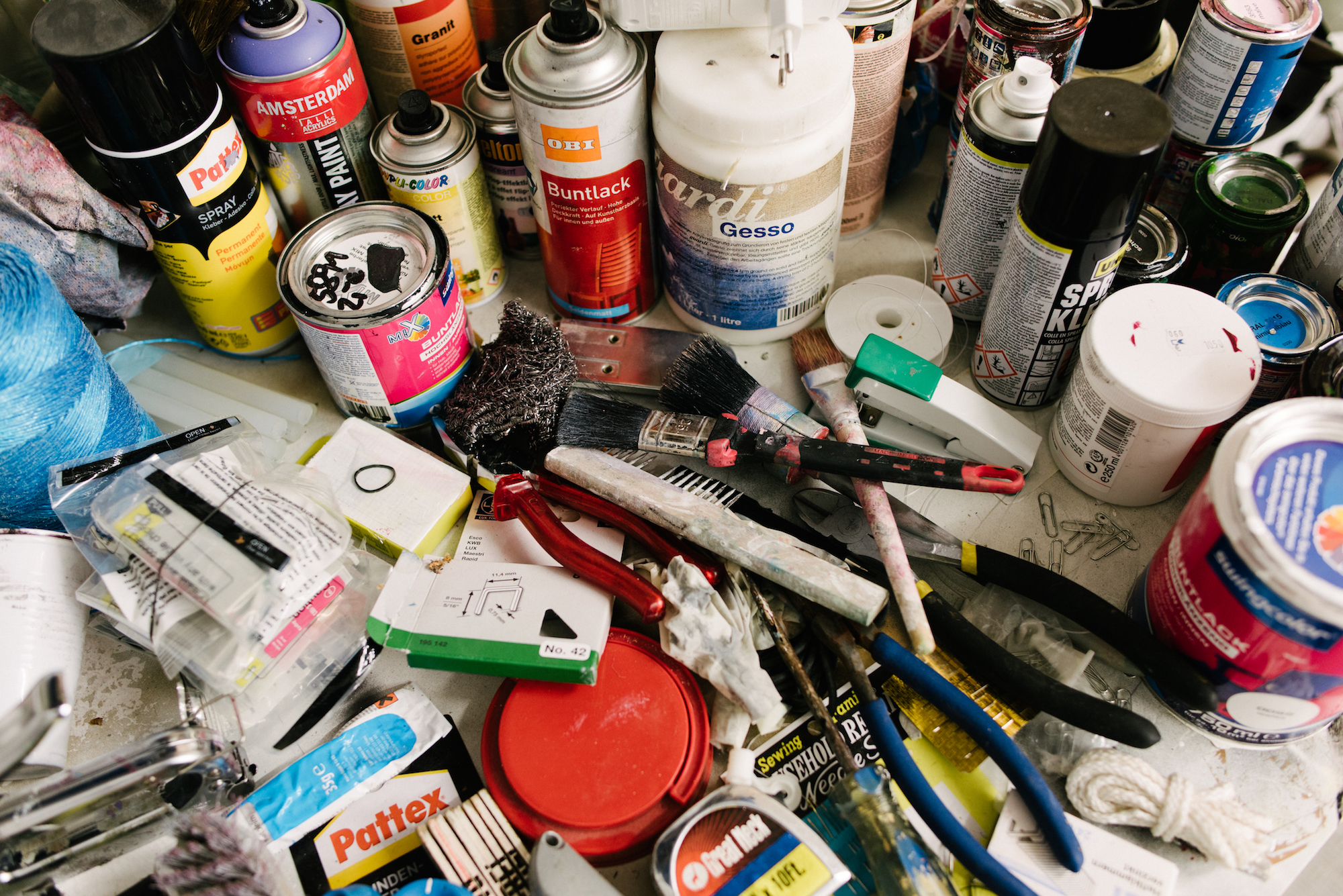 It only took two or three visits to Berlin for Carrick and Rocco to decide that they wanted to make the city their home. “We liked the contemporary art scene here, and what the city still had to offer, being unbuilt or incomplete in some ways,” says Rocco. Looking at his meticulously crafted sculptures and installations produced with wire, granite, Plexiglas and other found materials, it is easy to see why he was drawn to the city both physically and conceptually. Carrick, who works in video, preoccupies himself with themes of cultural nostalgia and the affective mediation of current events or pop culture icons morphed into abstracted narratives. After they received their MFAs from the School of the Art Institute of Chicago in 2008, Berlin seemed like an ideal city to build on their practices while discovering a new culture. “It feels like a space where you can actually explore,” explains Carrick, “and maybe be a little less bound by what you had been doing up to that point. And maybe that’s just what you need after several years of grad school and then being spit out into the deepest darkest part of the recession.”

It’s no exaggeration to say that 2008 and 2009 were the darkest years in modern history for young people entering the workforce, perhaps especially in the arts. With the economy in shambles, artists were forced into minimum-wage jobs – if they could find jobs at all. Quality of life was also deteriorating. Carrick and Rocco saw a strong resurgence of gun violence during their last summer in their former Chicago neighborhood of Pilsen. “In the States, in Chicago or New York, to start something from the ground up without a lot of capital, you’re really putting your life at risk,” explains Rocco. “Whereas here, we saw an opportunity. This was known as a dangerous area, but it was laughable compared to what was happening in Chicago.” 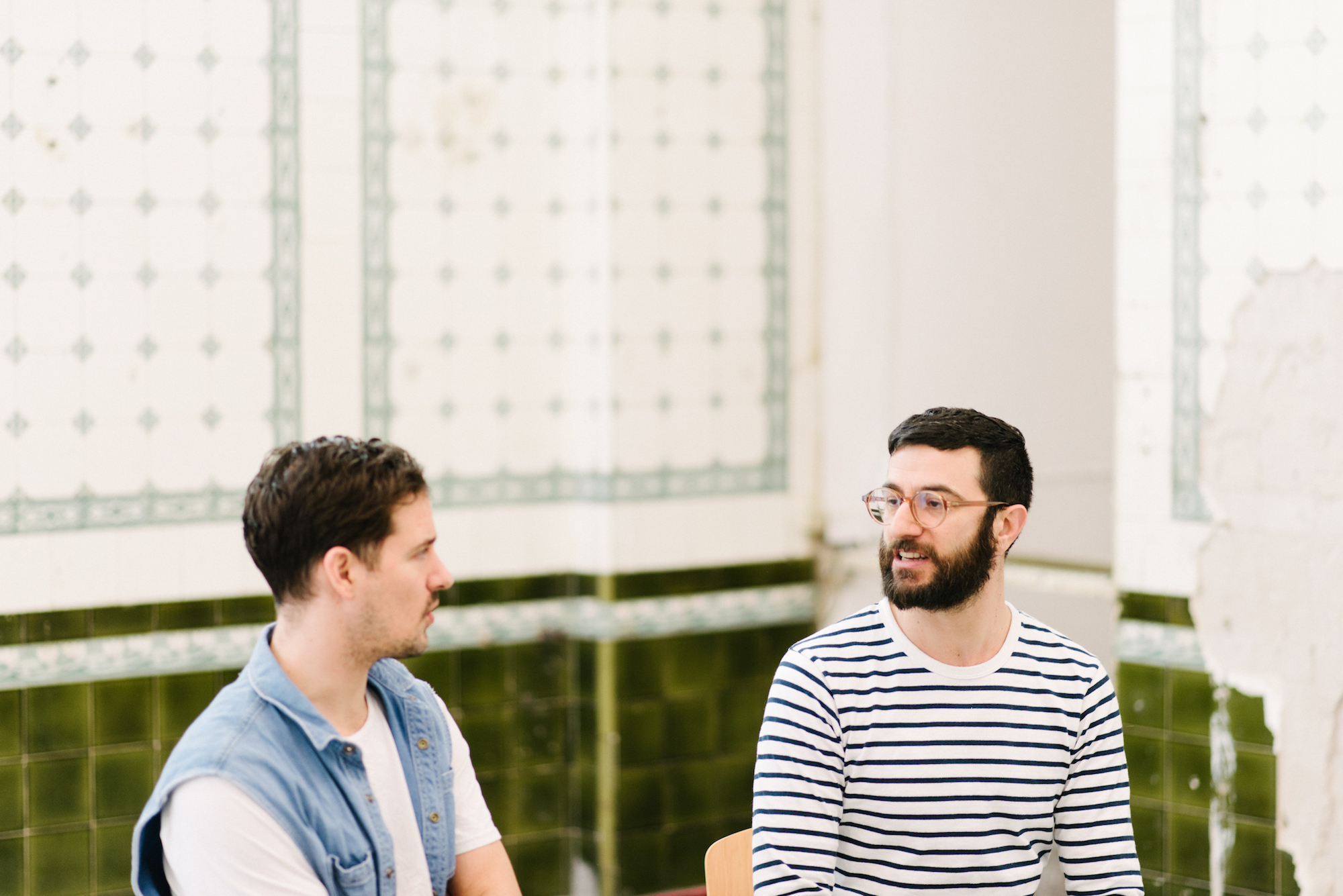 Berlin at the time was an ideal setting for artists looking for affordable space, a relatively low cost of living, and lots of creative energy. “What happens when a recession happens and you still can live through it?” Carrick asks. “It’s a city that, after total economic destruction, was able to survive.” Indeed, a 2009 Der Spiegel article explains that because of more than 40 years of staggeringly high unemployment, little to no industry, and debt from some hundreds of thousands in bad loans given out in the early 1990s; in terms of the recession, Berlin had a more or less ‘been there, done that’ attitude. The piece quotes Marc Glimcher, president of PaceWildenstein art galleries in New York: “In Berlin, it’s always a recession. That’s what being an artist in Berlin is all about – in this evolutionary cycle, they’re perfectly adapted for survival.”

In 2009, Rocco was awarded a Fulbright scholarship to study Ad Hoc Architecture post-1989 at Humboldt University, and that autumn the pair set off. “It was a parachute,” Carrick says of the Fulbright, as it allowed artists the time, space and resources to begin figuring out how to actually sustain a life here for a longer period of time. “The research had a practical outcome,” says Rocco. While studying squatted buildings and wagon villages, he stumbled upon an exciting prospect: “As I was doing the research on what was happening in the decades prior, we came across an agency that was hooking up businesses and artists with landlords who were having a hard time renting out their spaces. So there we saw an opportunity to actually build something ourselves.”

A Selection of Recently Exhibited Works

The agency, Zwischennutzungsagentur, ran monthly tours of up to ten spaces. Altenbraker Straße 18 had already been empty for about a decade and was in a state of total disrepair. The fact that the pair was interested in a large, multi-faceted space, coupled with the fact that the interior was in dire need of renovation, worked to their advantage as people were generally looking for something smaller and in better condition. “The agency was actually really supportive of us because, in a way, they were really excited that we were willing to take on such an ambitious project,” says Carrick. The process of acquiring the space began in winter 2010 and after a lot of waiting and paperwork, they finally got the keys in September 2011. Initially, there were no windows or doors, which the agency took care of, but renovating the ceilings and floors, and taking down and putting up walls, proved to be a labour-intensive project for the new tenants. After the rental agreement was completed, they set about organising the space in the back of the unit, which was to be their home. They were then able to focus on building the studios, which they now share with several other artists. Their project space, Horse and Pony Fine Arts, kicked off in September 2013.

Their shows have featured an impressive roster of German and international artists. “Basically we’re pretty open about our programming,” says Rocco. “We invite artists or curators or other programs into the space and we really give them free range and support them in the ways that we can. I have a background in installation art and Carrick makes videos, so between the two of us we’re pretty good at putting together the shows.” Their goal is to support the artists and curators in whatever way they can, be it meeting regularly to discuss ideas with the participants or hanging nails on the walls, whilst allowing those occupying the project space the liberty to do what they want. “We’re not agnostic to what goes on in the space,” says Carrick, “but we are interested in bringing people in whose other practices interest us and to see what they bring.” 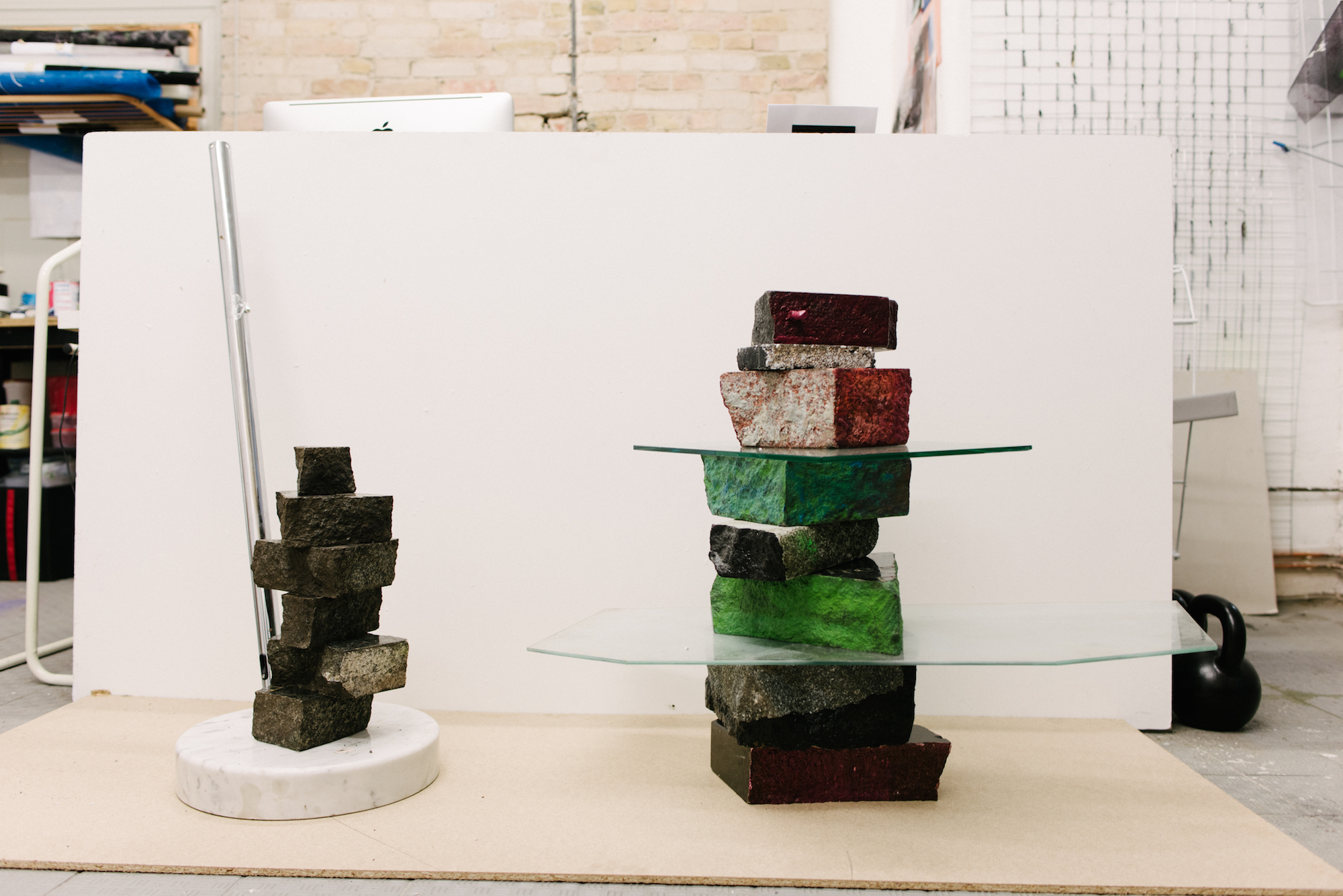 Both artists work with recycled materials, be it found objects or YouTube footage. The space is likewise constructed to pay tribute to its past lives. The artists consider the space as a platform, something they built that keeps on growing. “We created a space with such a strong visual identity that, with the programing, we can be really open and really diverse,” says Rocco. “To see those new ideas come in or new challenges come in, it changes things up for those of us who see it every day. I think we know something about it, but then just by using it differently, or having different works interact with it, it changes our perception every time.” The space is transformed with each exhibition, from the evocative printed cut-outs in Cheryl Donegan’s The Softest Punk to Nightmare City’s psychedelic installation, RICH EVIDENCE ↔ THE PHOTIC WAVEΘ, to a large group show commenting on the limits of the body in the digital age, entitled Hands Off! and curated by Francesca Gavin.

After five years, it’s safe to say that the artists are at home in Berlin. Although, as for many Americans, the lackadaisical pace of life in Berlin can still take some getting used to: “We have friends in New York and family in New Jersey and I used to joke that we could travel there to gather stress energy and then coast through Berlin for the rest of the year on the inertia of that!” says Carrick. Still, it’s nice to be in a place where art has a real presence and value in society: “Here you can say you’re an artist and no one asks you what you really do.”

Horse and Pony Fine Arts is located at Altenbracker Straße 18. To find out what’s on view, visit their website. 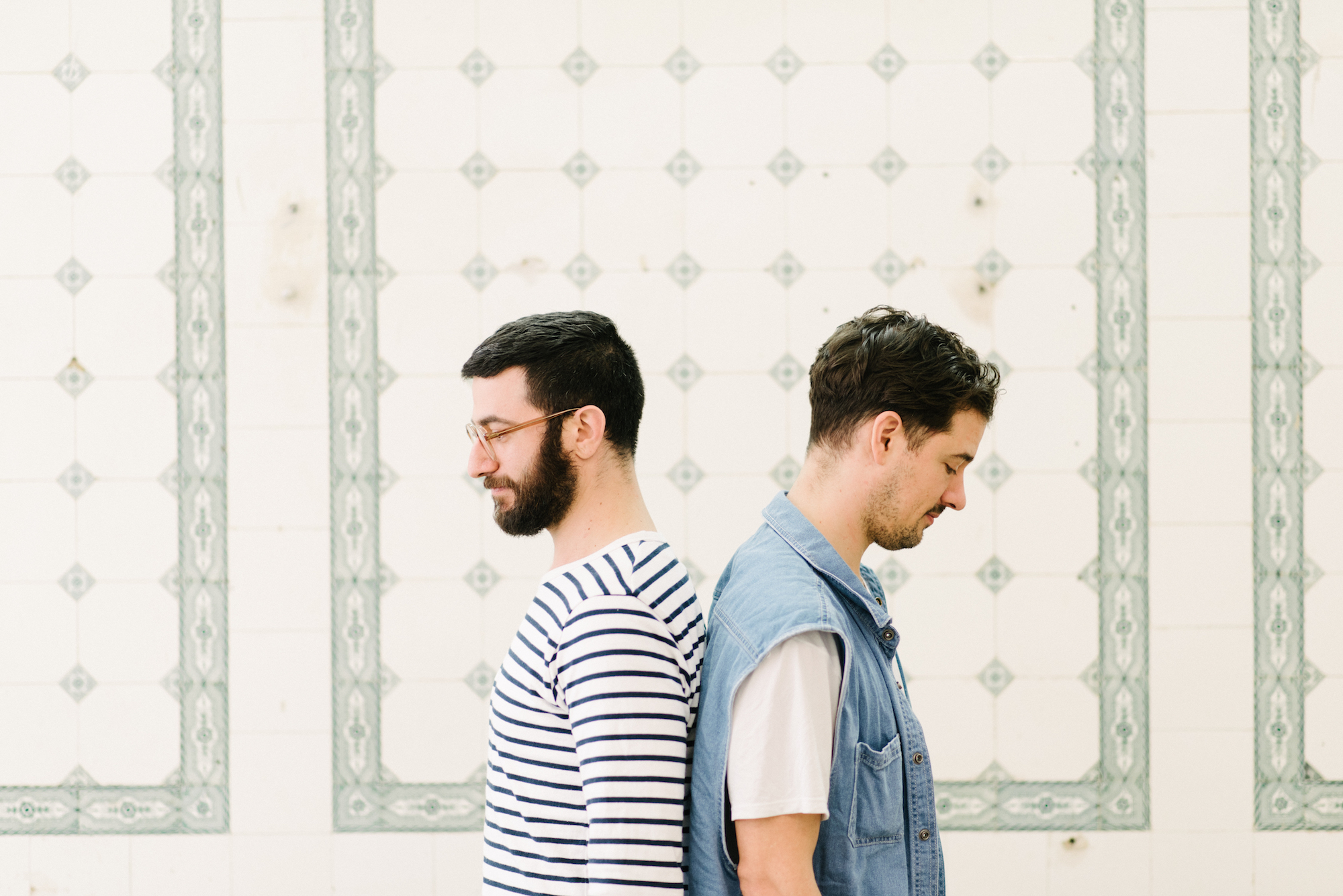