Connecting Strangers With Their Stories

Artist Tala Who on the importance of being 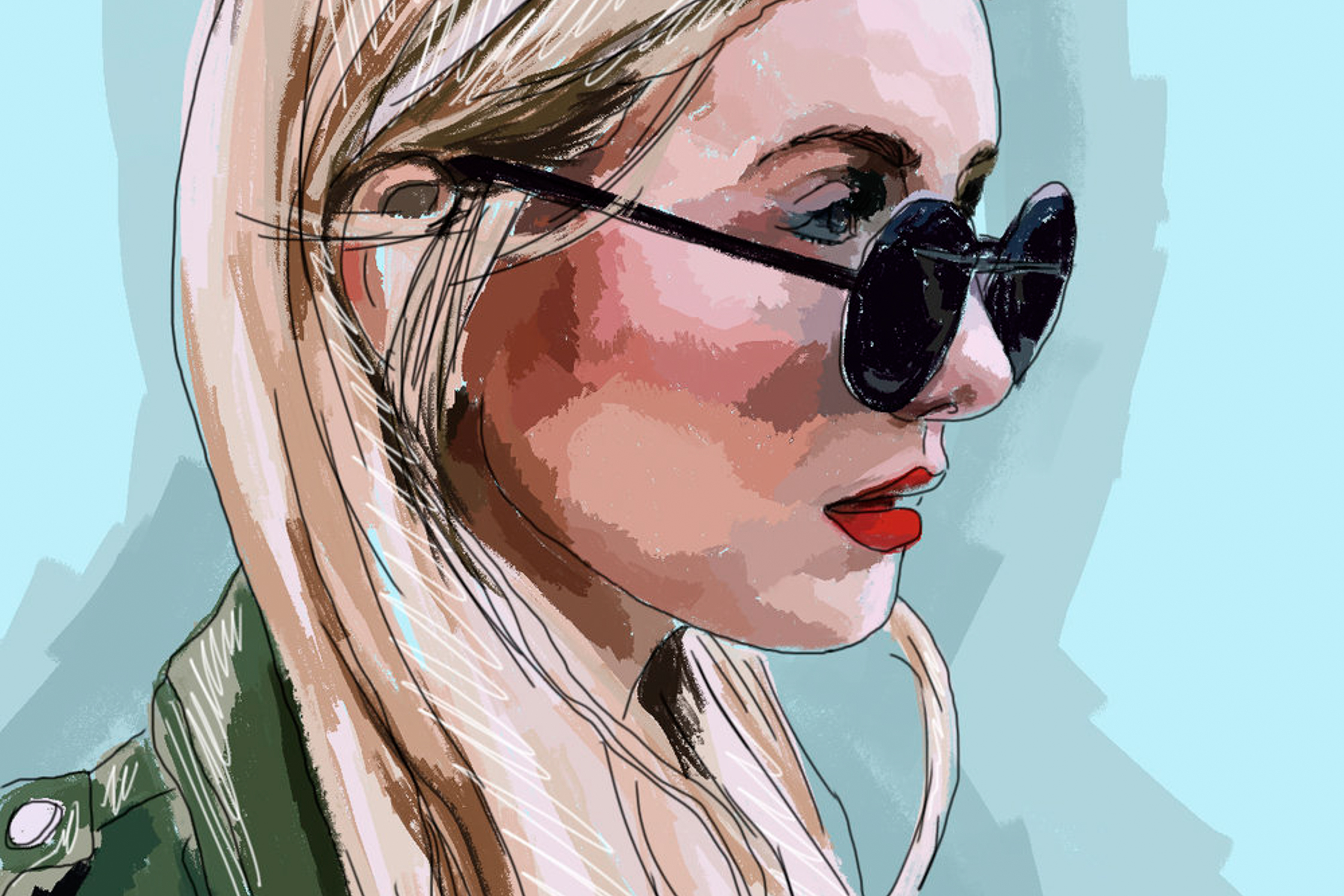 What started as simple curiosity about which qualities bind the sense of who we are, Project_Who(?) has now become an ongoing series that celebrates the significance of everyone’s individual story.

Hayingen-born artist Tala_Who – also the Creative Director of the Lekker Collective events – has started a project where she paints digital portraits of people in exchange for their words about their own life. Each portrait vividly captures the idiosyncratic expression of one individual. We talk with her about how she began the project, when she started illustrating, and why it’s important to pay attention to the voice of the individual, whoever they are. 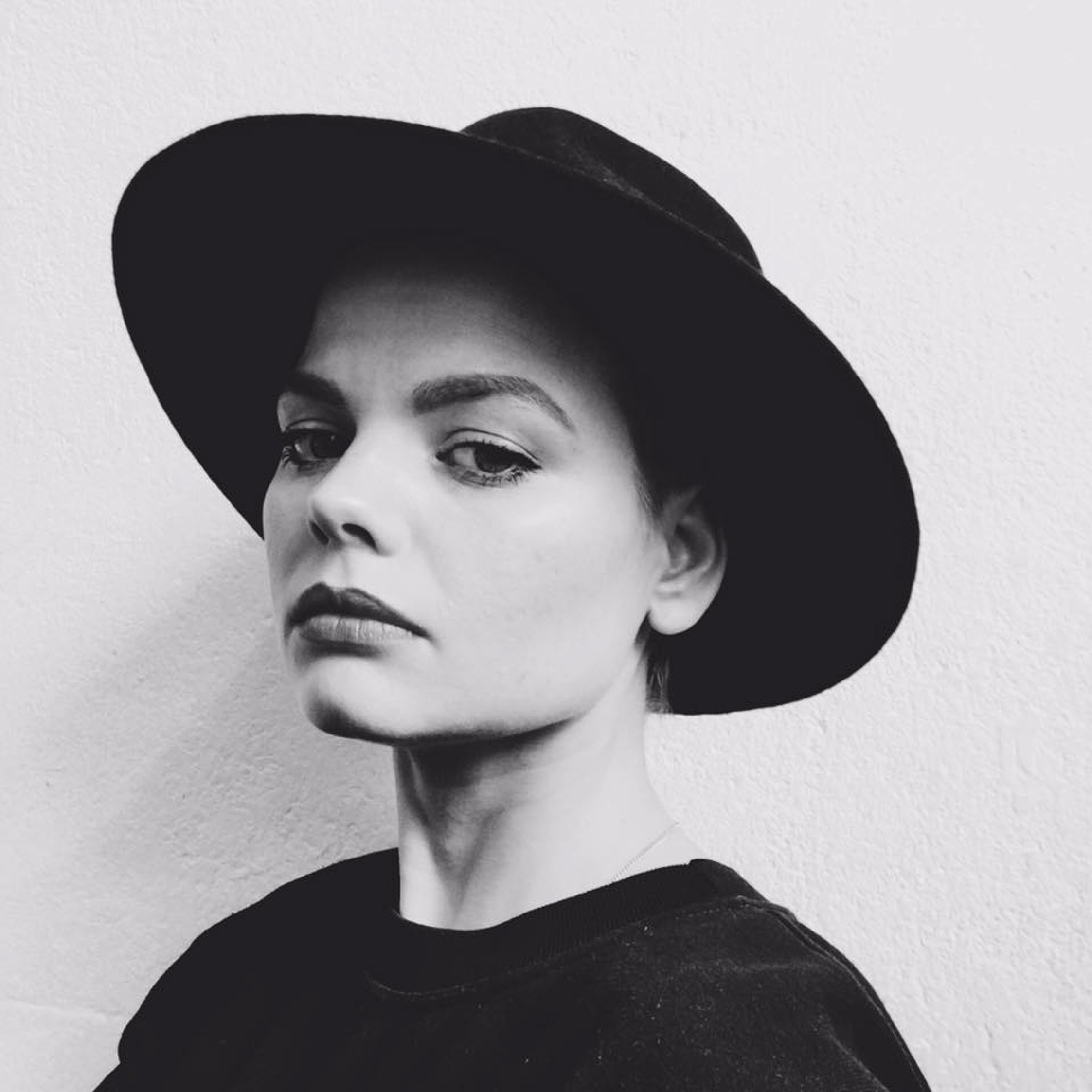 Tell us about how you got your start in illustration. Have you had any training? Before I moved to Berlin in 2014, I studied Fashion Design at University of Applied Arts in Pforzheim. I was blessed to be a student of Professor Matthias Kohlmann, who taught us drawing and so much more. He has this ability to see you, who you are, after you draw your first line on white paper. I would say this is where I found my signature style. Also, my illustration teacher played a big role. He was really hard on us in terms of practising and training the way we see things. When I was around 13, I started weekly meetings with an older artist from the neighbourhood who shared all of her drawing knowledge and taught me all the different techniques. This was a very important period of my life in general. Not just because I got to discover all the different facets of art, but also because this woman was such a huge inspiration for me. Basically, her influence as a human being, writer, and painter shaped my way I see the world tremendously and I am very grateful for the fact that she saw something in me and mentored me. I remember how I always used to get in trouble with my teachers in school because I was sketching rather than listening to them talk – so drawing and painting has always been there in my life.

In March 2016 Lekker Collective asked me to illustrate the artists for the first showcase and exhibit my work. After that, I continued working with the Lekker Crew across two more events, before being invited to become a permanent part of the team as Creative Director, which is very exciting since music is my secret passion, alongside drawing.

I drew ever since I could hold a pencil. Even in kindergarten when other kids played outside I was always the one who would rather sit on the table drawing or doing something creative like carving wood or making stone figures. There was no time in my life when I didn’t draw. It is a sort of language I discovered for myself from early on. So, I have had the chance to grow with amazing personalities showing me that drawing is a language we are able to speak that goes beyond pen and paper. 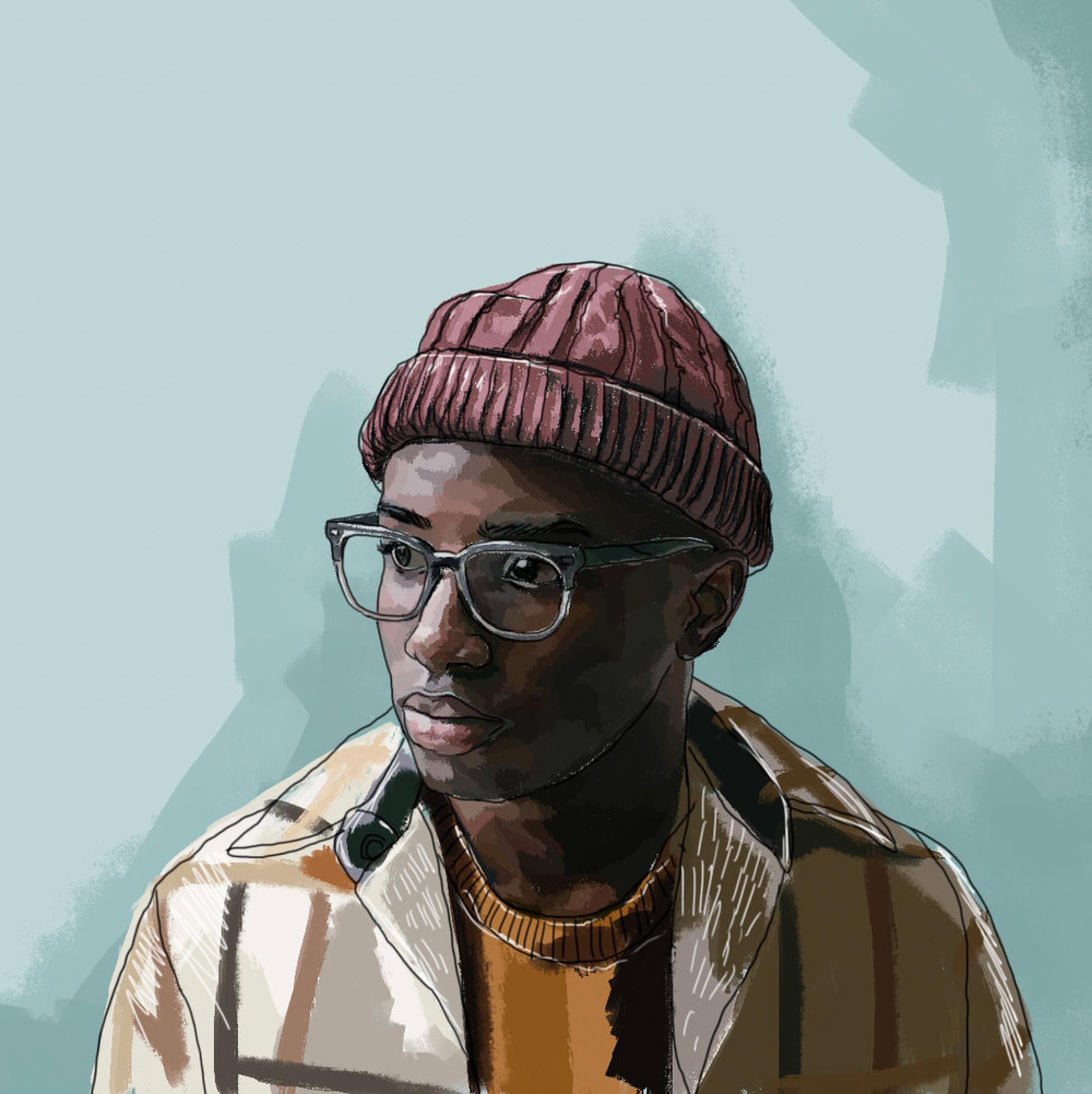 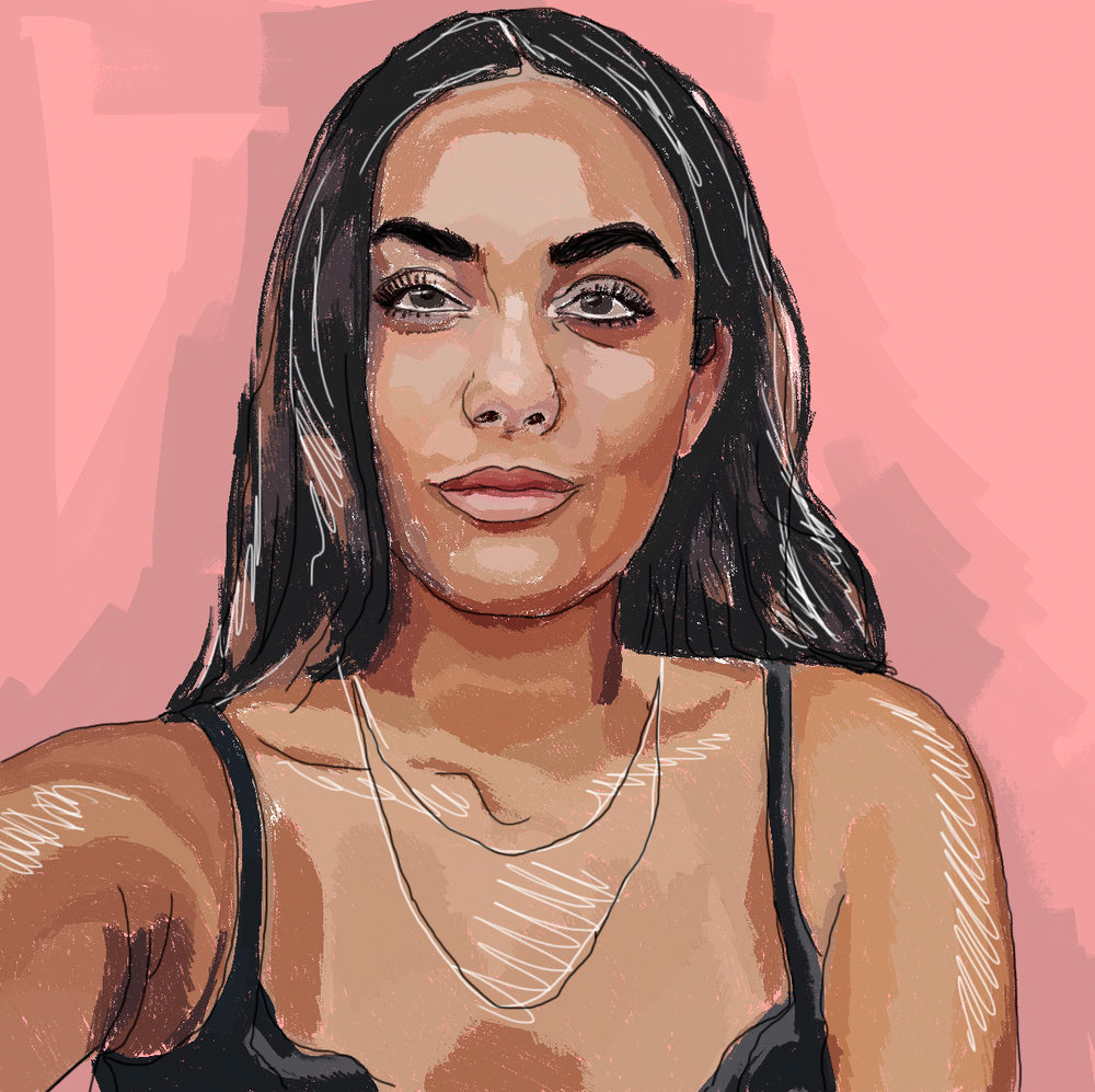 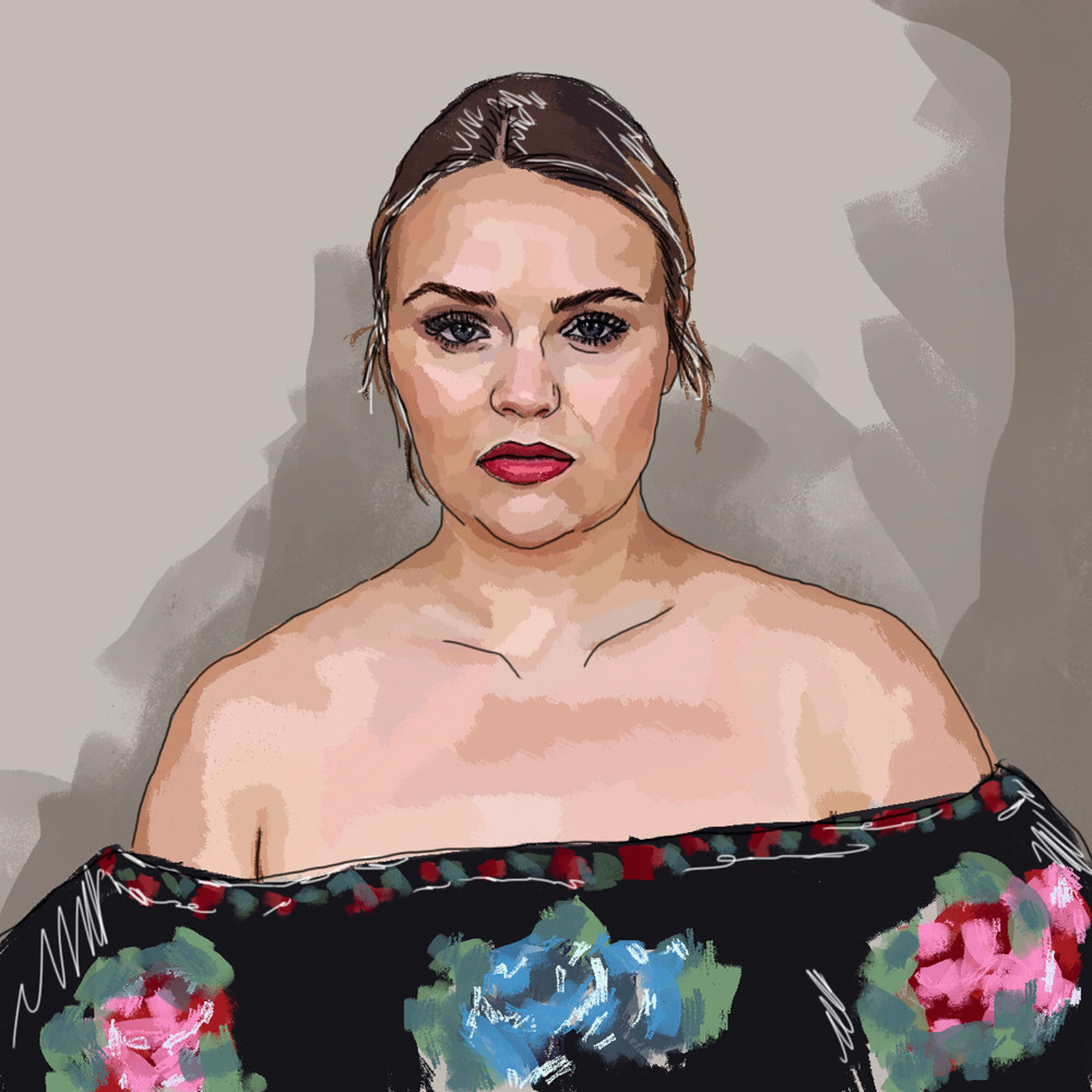 What was the initial drive behind starting Project_Who(?), and what did you hope to explore? Last year was very intense for many of us, especially since we live in a time of exponential growth, meaning bigger, faster, smarter, better – bigger problems, faster reactions, more connections and so on; everything grows exponentially. I had the feeling that, despite all of our supposed ‘superiority’, we as human beings are falling behind. And with that, who we are also becomes less important. We consume more but are less, in a way. Overwhelmed by all this social pressure I had observed, and the growing space between people, I decided to dig deeper into the question of ‘who’.

I started very simply, with ‘who are we?’ and ‘who am I?’– questions that everyone regularly asks themselves. This may seem basic, but I feel as though people give up on answering the question because there is no simple answer. In order to overcome all the issues humanity is dealing with right now, I believe the only way we can grow together and solve any problems is by building bridges. Project_Who(?) is my way of ‘building bridges’ – getting to know one another by asking questions. 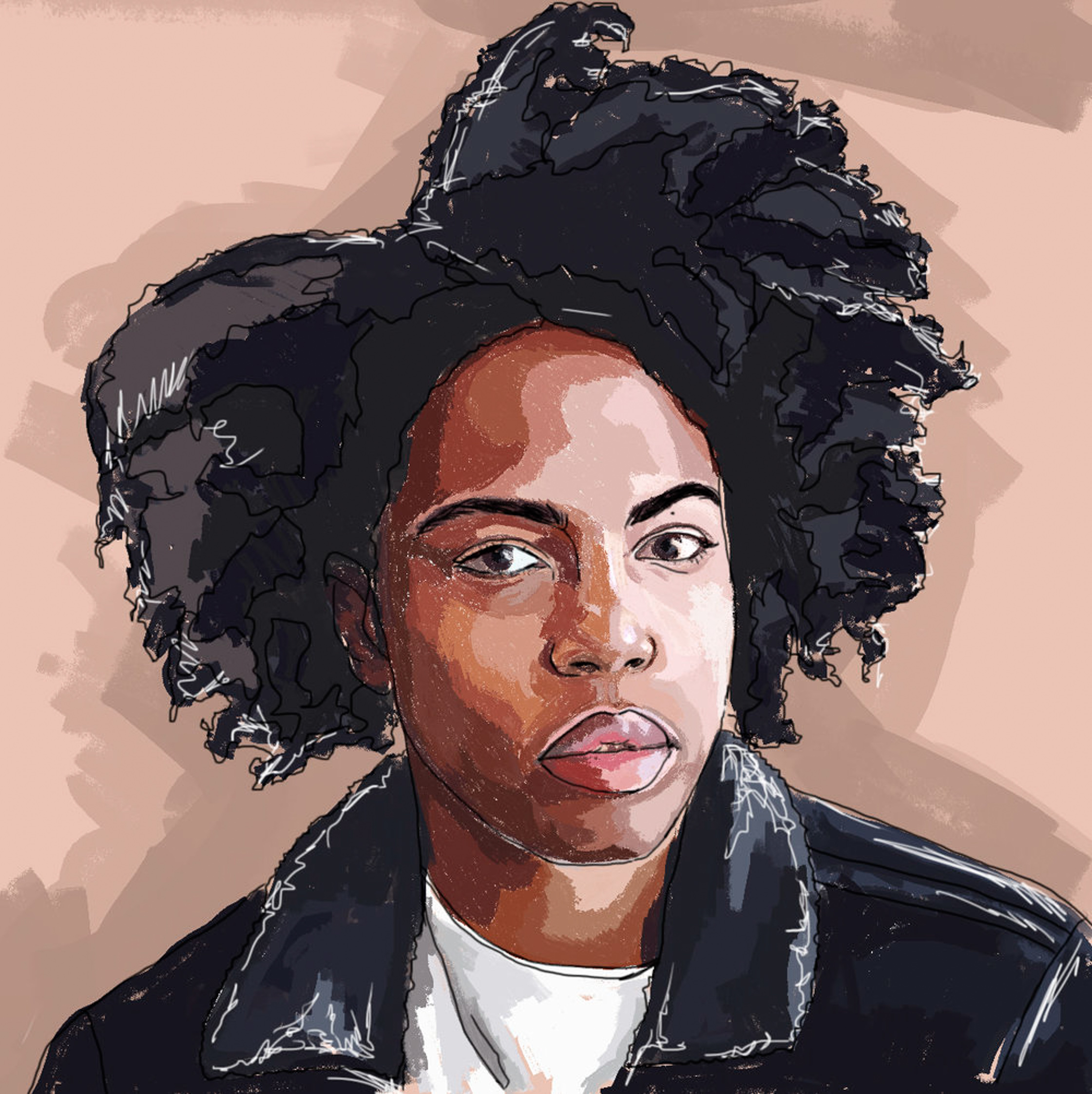 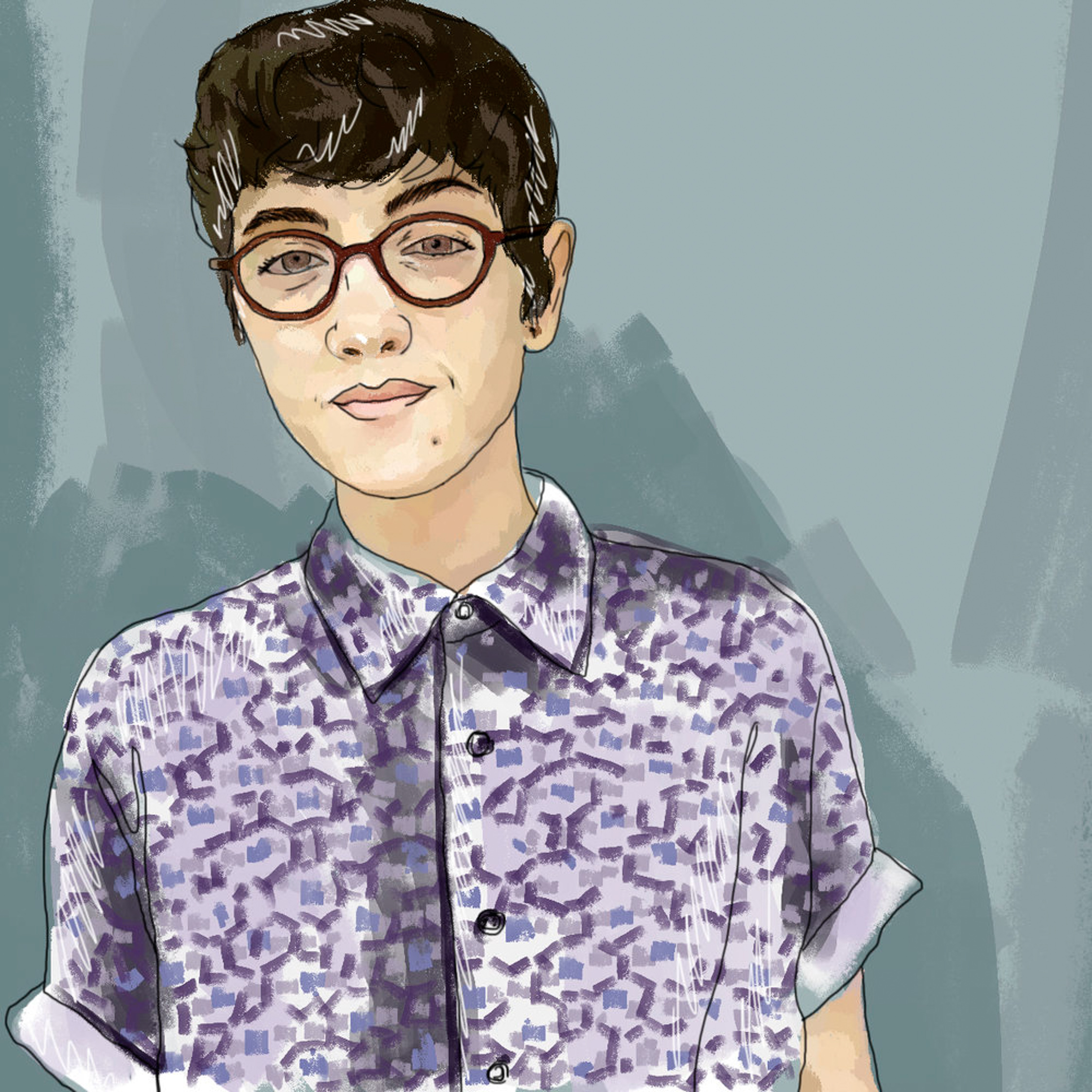 Has anything surprised you about the way the project has progressed? When I first started, I was surprised at the huge amount of interest I received. Well, I didn’t hope for any sort of resolution with the project – that would imply that I already had an idea of what I wanted the project to be. Rather, I am trying to be in the moment, to actually listen and observe as things happen, not a scientific study where I have to prove a point. But I am really happy that I have seemed to inspire others and empower them with my natural curiosity.

It seems like you’re exploring what connects people from various backgrounds, careers, points of view, and thoughts – have there been any common qualities among the people you’ve interviewed? Apart from the fact that everyone has their humanity in common, what I was seeking to discover started from a personal interest and a curiosity to learn more about people who I may not have had the opportunity to talk to. So far I’ve noticed that everyone has a very interesting story, and that fame or recognition is not a marker of how significant your story is. I have found that people are honest, and open with sharing personal stories, not because they think it is super important, but because they want to be heard and taken seriously in this social media jungle. There is a strong need to reconnect, rebuild bridges and work on equality by standing together. This is very beautiful and so important for us. I enjoy the different ways people answer the questions I ask, some almost write essays, while others keep it short and simple. It shows us again how unique we are and how differently everybody expresses themselves, and that there is no right or wrong, only different answers based on different experiences. 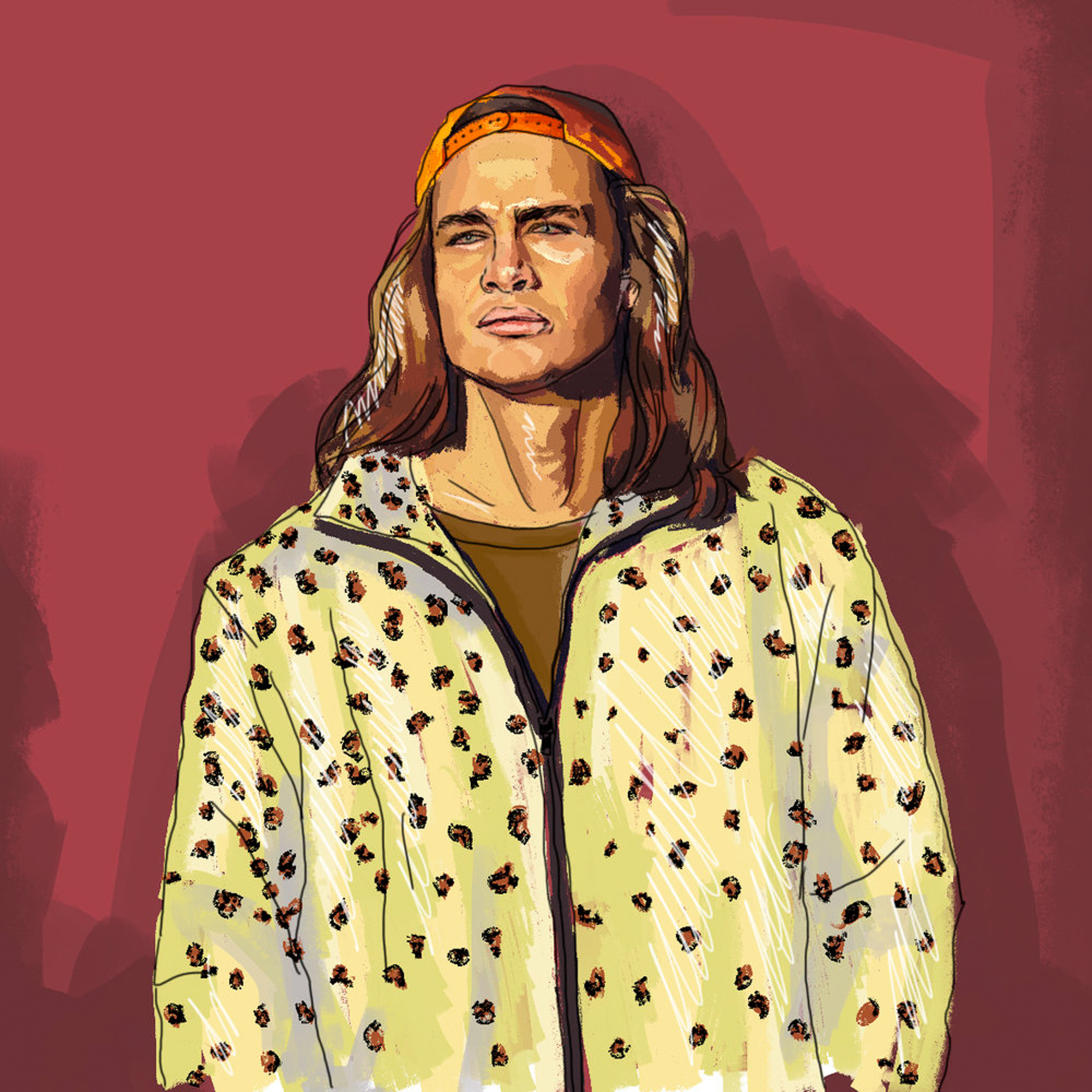 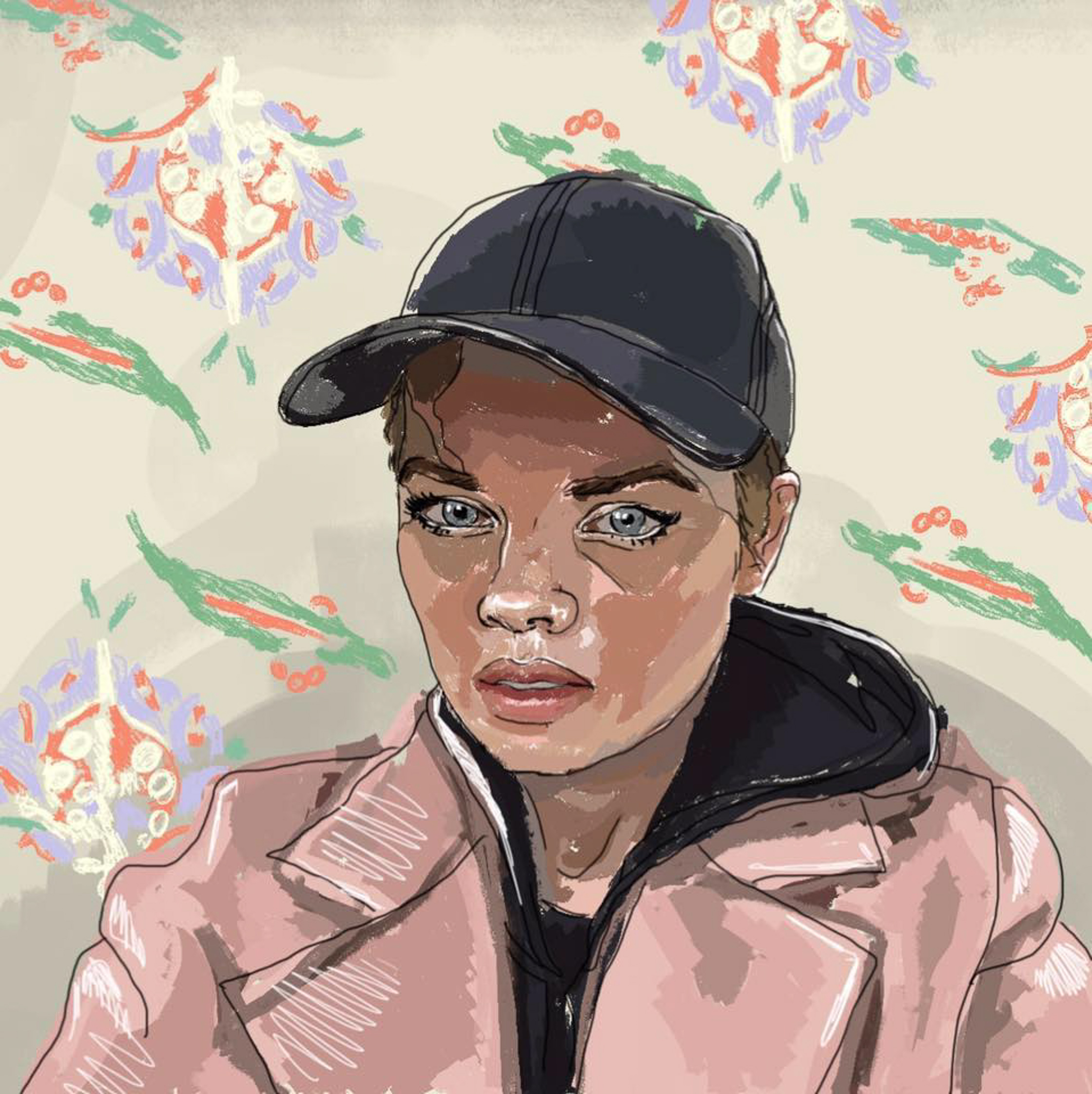 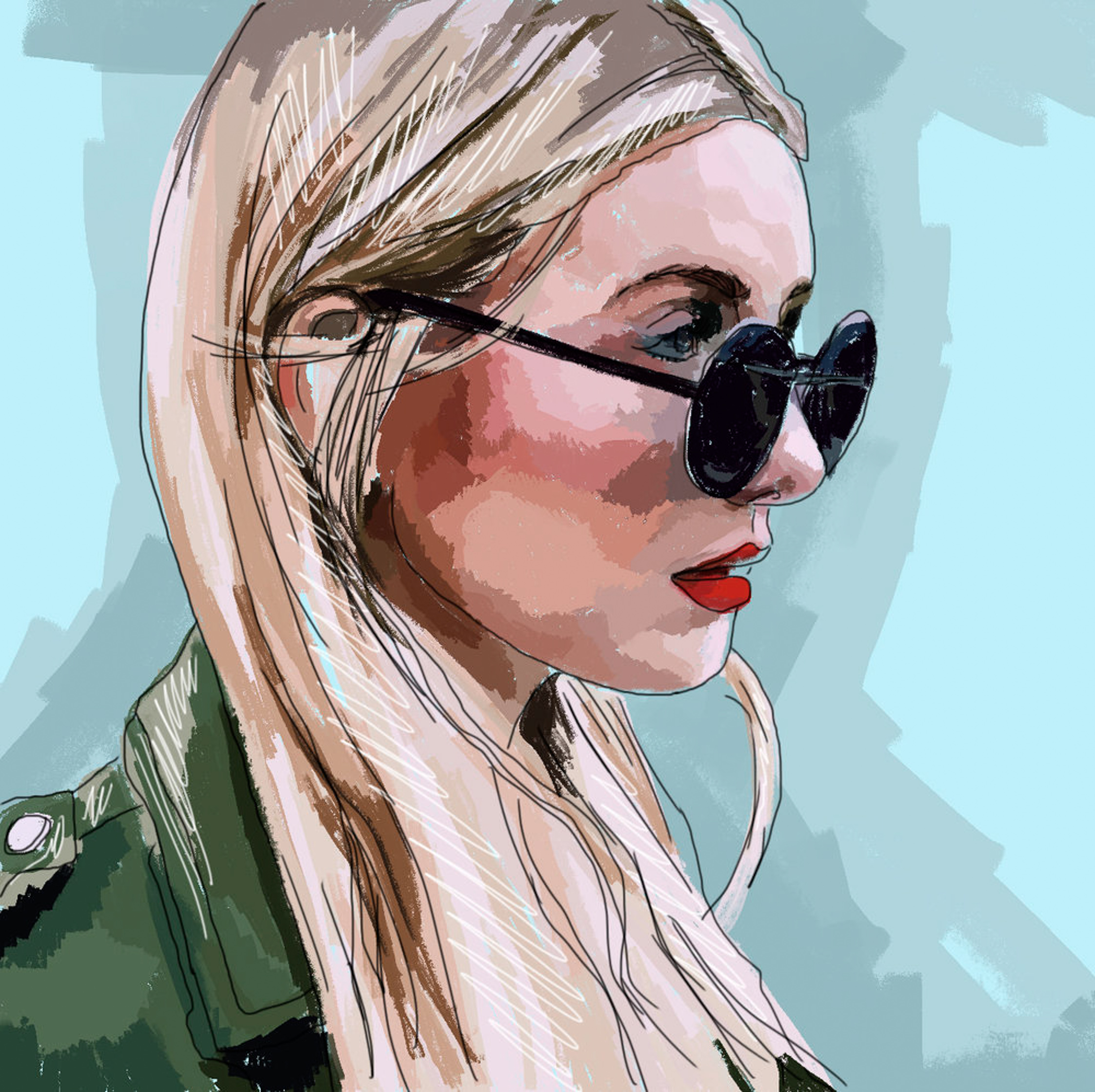 What makes you decide to put certain questions to certain individuals? Usually I have an initial conversation and the person sends me a picture they have chosen themselves. Then I just go with what I am interested in asking the person. There is no pattern or system behind my questions, only my personal interest.

How are the paintings produced? I paint Project_Who(?) completely digitally. Which I wish I didn’t, since my computer died a couple of weeks ago and I lost all the originals! [Laughs] It’s much quicker to do the paintings digitally on a tablet than to draw everything by hand. However, each drawing still takes me around 8-15 hrs to do, not including all the editing and preparing for my channels. I also don’t have my own studio space at the moment, so have to work with what is at hand. Apart from that, I use all sorts of media and materials to create. The most important tools are still my eyes and hands and brain.

What’s next after Project_Who(?)? I don’t know, to be honest. So many things can happen between Project_Who(?) and my next endeavour. I also don’t really believe in planning your future or creativity too much. It feels like forcing the natural development of a process. Also I like the idea of unpredictable things. Wouldn’t it be boring if we already knew now exactly what will happen next year? It’s good to have visions and goals and be focused, but we should always be aware of the very moment that is happening now. 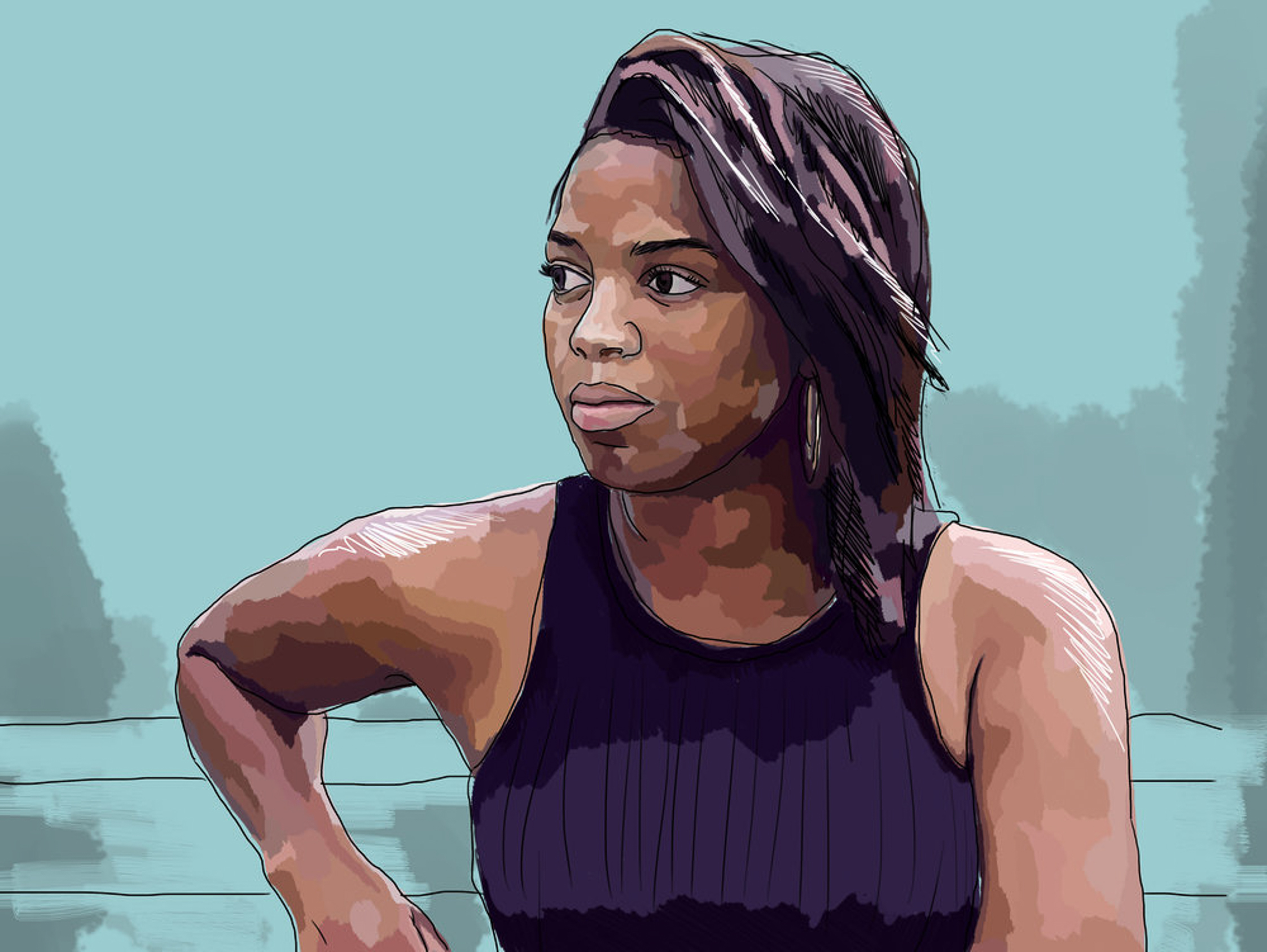