Step Inside The Dream World

This new immersive art production will take you on a trip 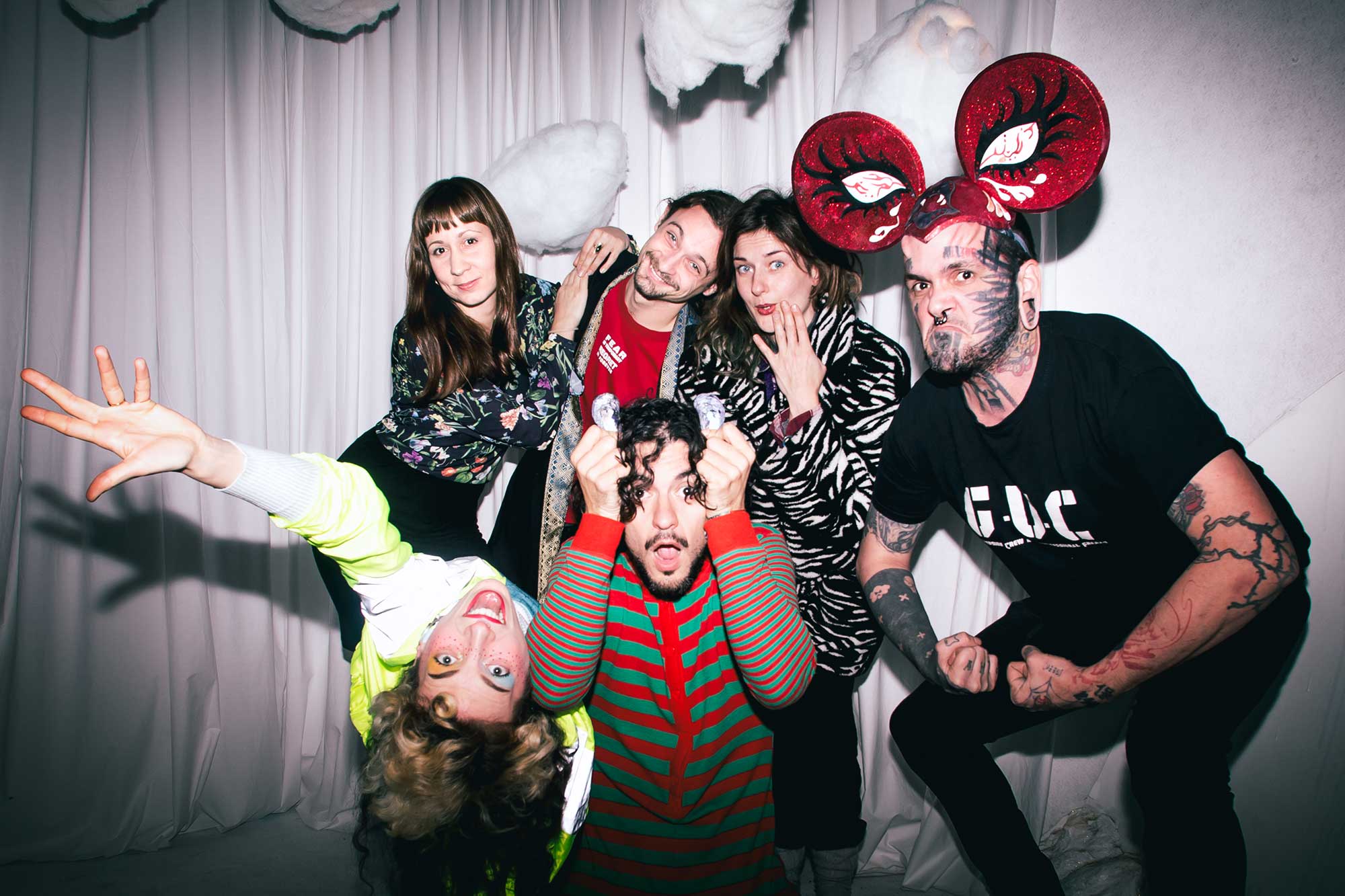 Words By Jonny Tiernan
Photos By Main image by Krousky

What do you do with a vacant building before it gets torn down? You bring together a team of 50 people and transform it into a wild cornucopia of conceptual art installations, creating an immersive and interactive theatre experience, of course! At least, if you’re newly-founded Berlin-based art organisation Dream World, that’s what you do.

Located just a short walk from Ostkreuz station, the building looks entirely unassuming from the outside. Once you cross the threshold, you’re greeted by a gatekeeper who guides you into the experience before setting you on your way. You discover room upon room of elaborately decorated spaces and engage and interact with an array of performers who play with your mind and emotions. One room is criss-crossed with bright yarn, with fantastical puppets that come to life when you pull certain threads weird. In another room, the whole floor vibrates while the lights dim and a radio spits out noises. No two spaces are the same, and it feels like being in an alternate dimension. This is Dream World.

You can find immersive theatre in major cities like New York and London, but the Dream World is doing it Berlin style. This means rough, ready, and brushing up against the edges of sanity. The team took to project from conception to opening in the space of just one month. It’s not about being polished and honed, it’s about creating something vibrant and real.

For just a few weeks in December, you’ll be able to enter and experience this wonderful piece of interactive theatre. After that, the building will be demolished. We spoke with Pablo and Stevie from Dream World’s core team to learn more about the inspiration and process behind the concept. 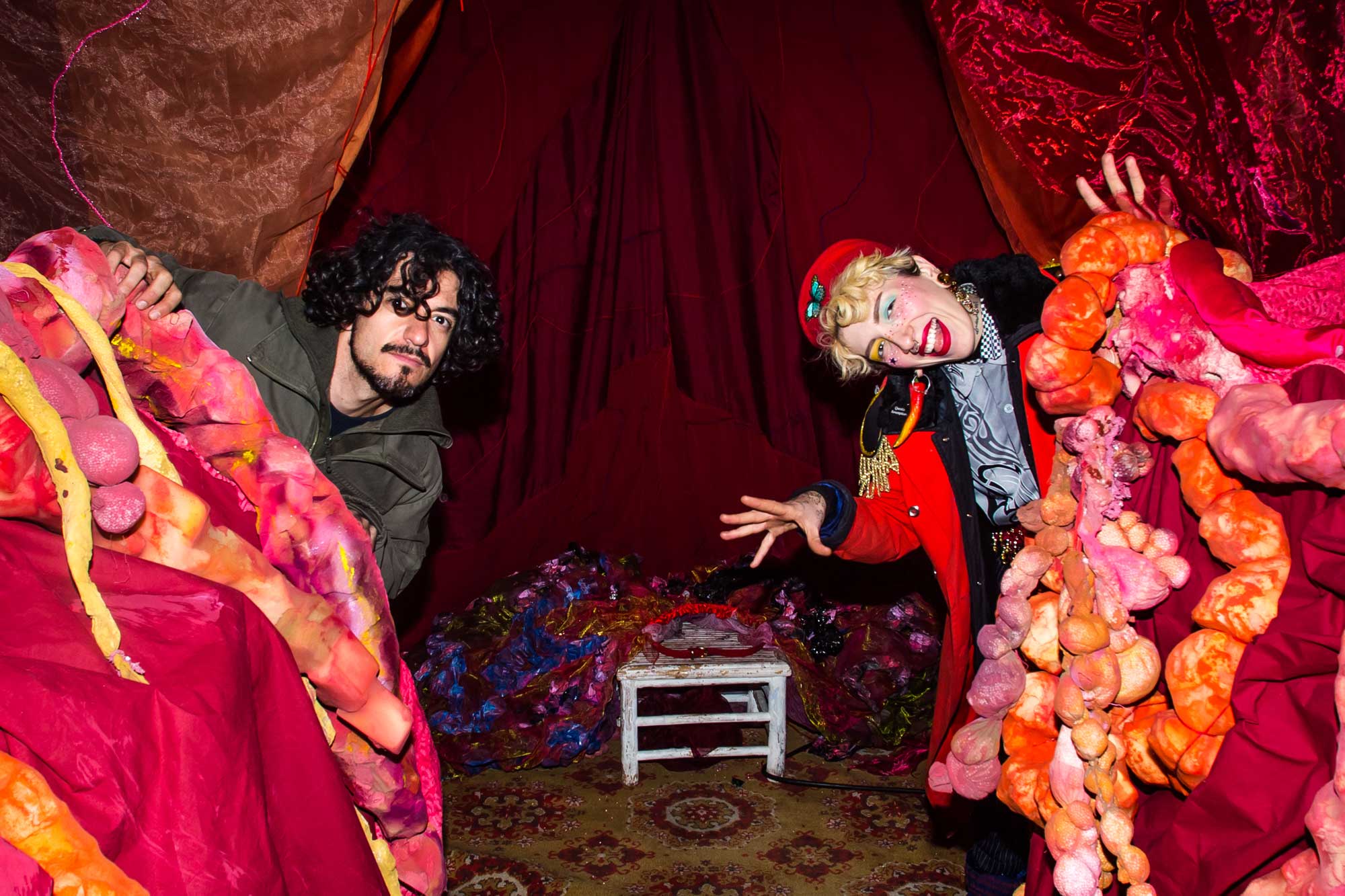 Pablo and Stevie in The Womb by Lilly Mortis, photo by Krousky

Can start by explaining what Dream World is?
Pablo: We have created a dream experience. Our model combines elements from immersive art and performance art. It’s a play where you can walk through the art and explore interesting things. We have 350 square meters of installations across 12 rooms and there’s going to be more than a dozen performers at any point inside the installation.

In each room, we’re exploring different emotions, like rejection, belonging, hope, fear, and so on. In some sections, the performers drive you and it’s quite personal, and in other sections it is more inspiration based, where you go into a room on your own to play and look at different things. We’re trying something that is radically different for Berlin.

Who is involved with the project?
Pablo: It started with just Stevie and I, and then we quickly formed a core team of six with Annette Lüür, Alex Cuthbertson, Malwina Kowalska and Krousky. The core team has been in charge of the creative concepts and execution. The full crew now numbers around 50 people, which is quite a big organisation considering we’re just one month old. The experience has original artworks from artists like Karmanoia – the creators of the much missed Labyrinth Peristal Singum at Wilde Renate – Doktor Creature, Anto Christ, Lacy Barry, The Void and Chemical Adam, and more. The narrative was co-written and directed by Joris Löschburg, who brought his strong background in dramaturgy and immersive theatre to the project.

We’re only running it for December because the building is going to be demolished in January. So this is all going to disappear and become offices in typical Berlin fashion.

How is the project being financed?
Pablo: We’re selling memberships, but all the proceeds go to pay the artists and to pay for materials. We’re self-funding it and taking the risk, even though we’re not going to make a profit, because we think this is something that needs to exist in the city. Berlin should not be just clubs or war memorials. This is a world-class city that should have world-class shows.

Where did the idea for the project come from?
Pablo: The very first idea came from Stevie and I, but from two different angles. I was inspired by immersive theatre I had seen that was more performer driven and where the art was secondary. I saw one in New York and it was outstanding – they completely transformed a seven-floor hotel. After that, I knew I wanted to do it someday.

Stevie: I was really inspired by the Meow Wolf project that’s in the States. They have a giant bowling alley in New Mexico that is a fully immersive installation art environment that you walk through. Everything you see is created by an artist, and there’s nothing that’s linked to our reality. They’ve really created a new dimension through the artwork. It was super amazing and something that I haven’t seen in Europe or in other parts of the States. It’s a really new way to experience art or have an art experience.

I told one of my best friends, Joseph, about my dream. He knew Pablo and knew that he was also looking to jump into a new project and something more creative than his past. He has more of a background in startups, but I have more of a background in fine arts. As a core team, we brought our powers together to make this dream a reality. 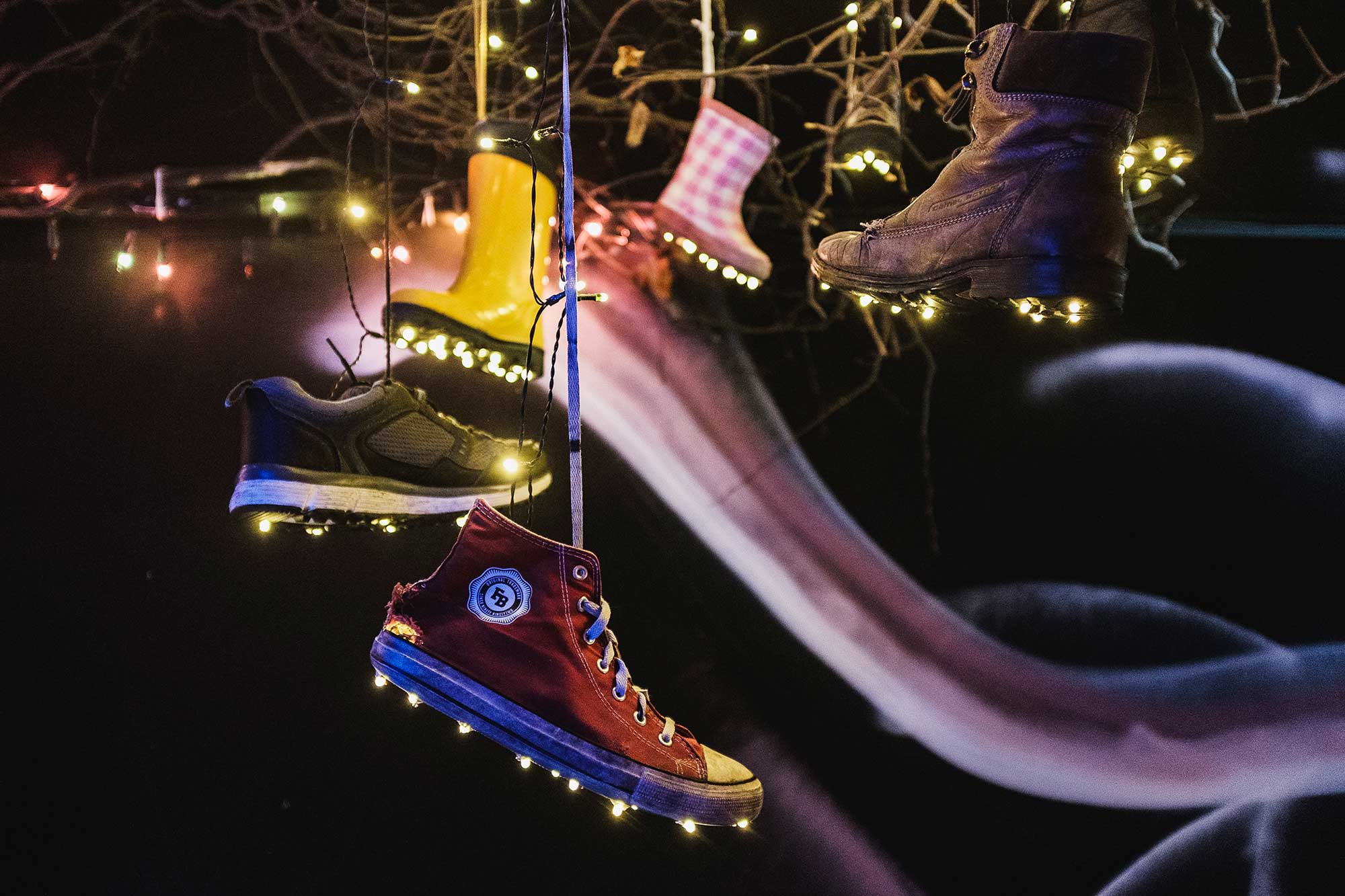 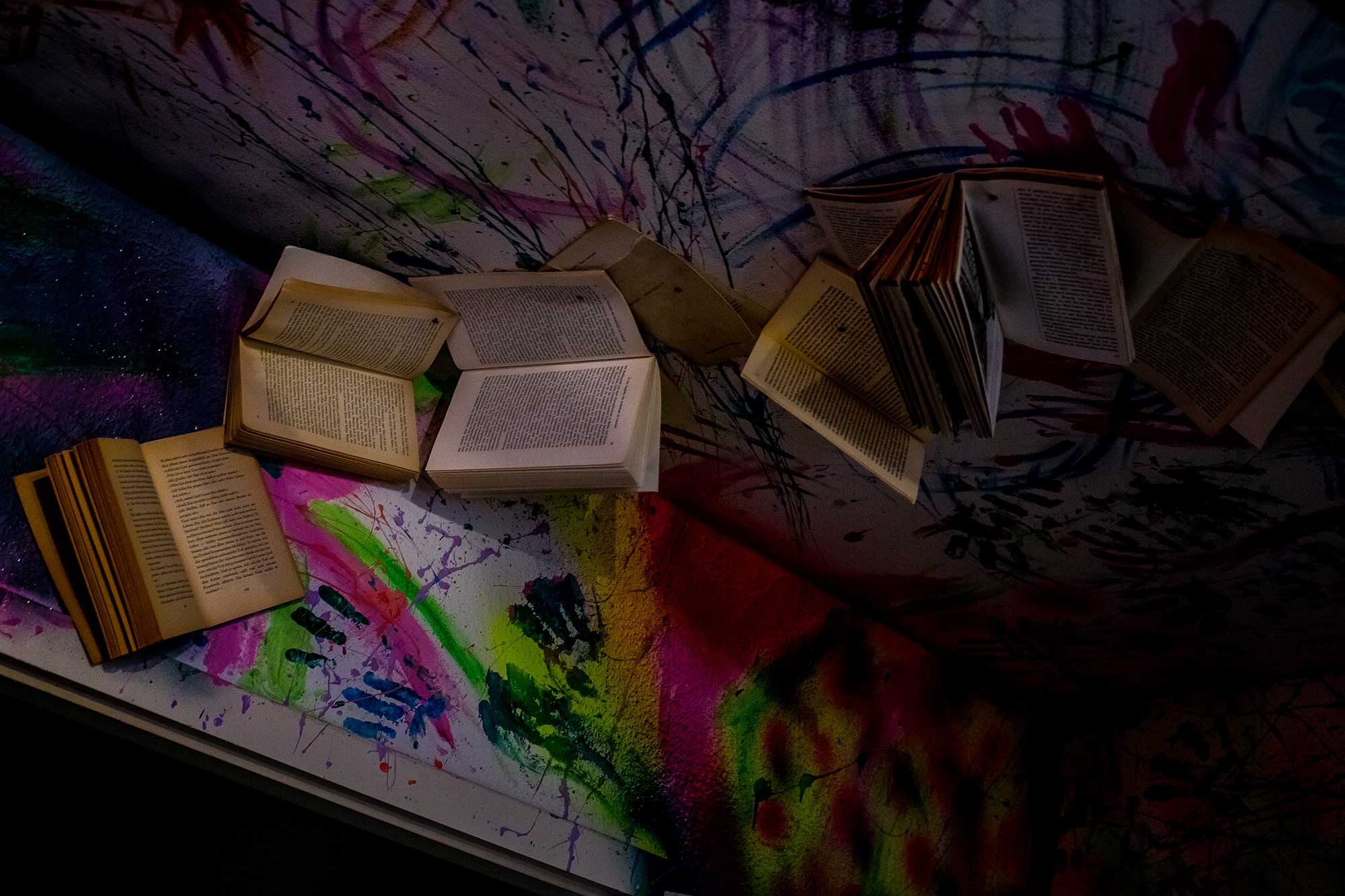 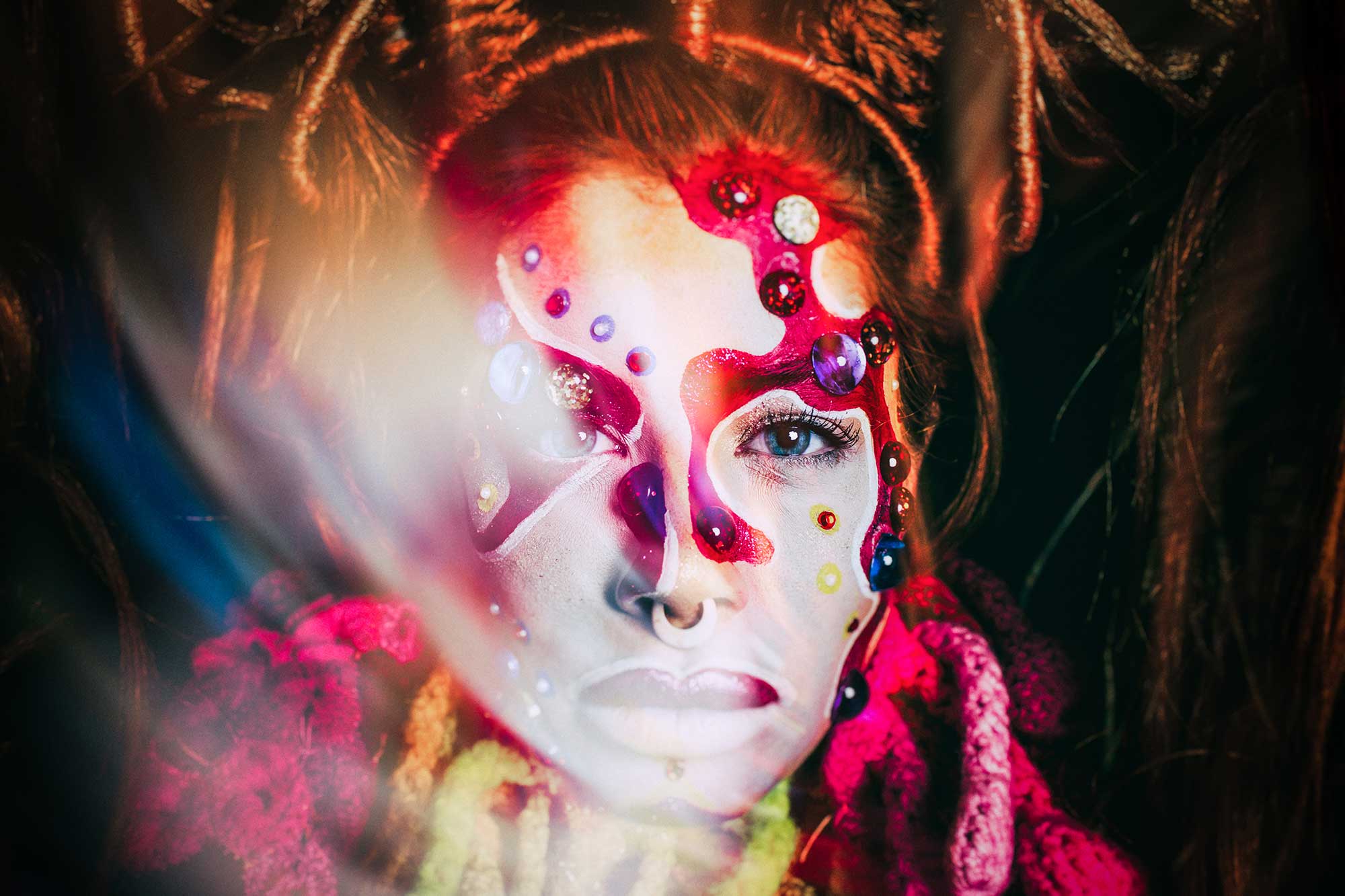 The project does have a very raw ‘Berlin’ style feel to it.
Pablo: There’s two reasons for that. One is that we’re living in Berlin, and it is is part of our identity. The second is that we don’t have time! Everything here has been built in three weeks, and most of it was built in two weeks. If we felt that things should be different, that there should be a door in a different place, for example, then we just knocked a big hole in the wall. There are multiple new holes everywhere, but the building will be demolished so we can do crazy things like this.

Do you think there is something about Berlin as a city that helped to realise this project?
Stevie: I moved here from San Francisco because it’s now impossible to make projects like this happen there. There would be no way to do something like this in the States at all. It’s still a bit difficult for us in Berlin to find funding and space, especially as the city is getting a more gentrified now, but there’s so much more creative energy in the city because it is still affordable enough for artists to be living and surviving and still making their work. In San Francisco, you have to work full-time and spend all your money just to survive.

How did you build the creative team for the project?
We had an open call where we invited people to apply for the different roles – set design, performance, makeup, documentation, costume design, building, and so on. On the application, one of the questions was “What’s your dream role?” We then categorised everyone into each of the different roles and looked at everyone’s skills and strengths before working out what they can best contribute and aligning it with where the want to contribute the most.

We have a really diverse mix of performers. A lot of them are circus or street performers, and we have some professional performers who are more theatrically trained.

What about in terms of like the actual interior art and the decoration? Where does that come from?
I asked the people who were interested in creating installations to make a proposal that would fit within the idea of a dream sequence. Once the group of artists for the installations was in place, we started to curate them within the physical layout of the space. Each installation has its own aura and its own vibe and we wanted it to make sense emotionally when people travel through the space. It has been a very collaborative process of co-creation. 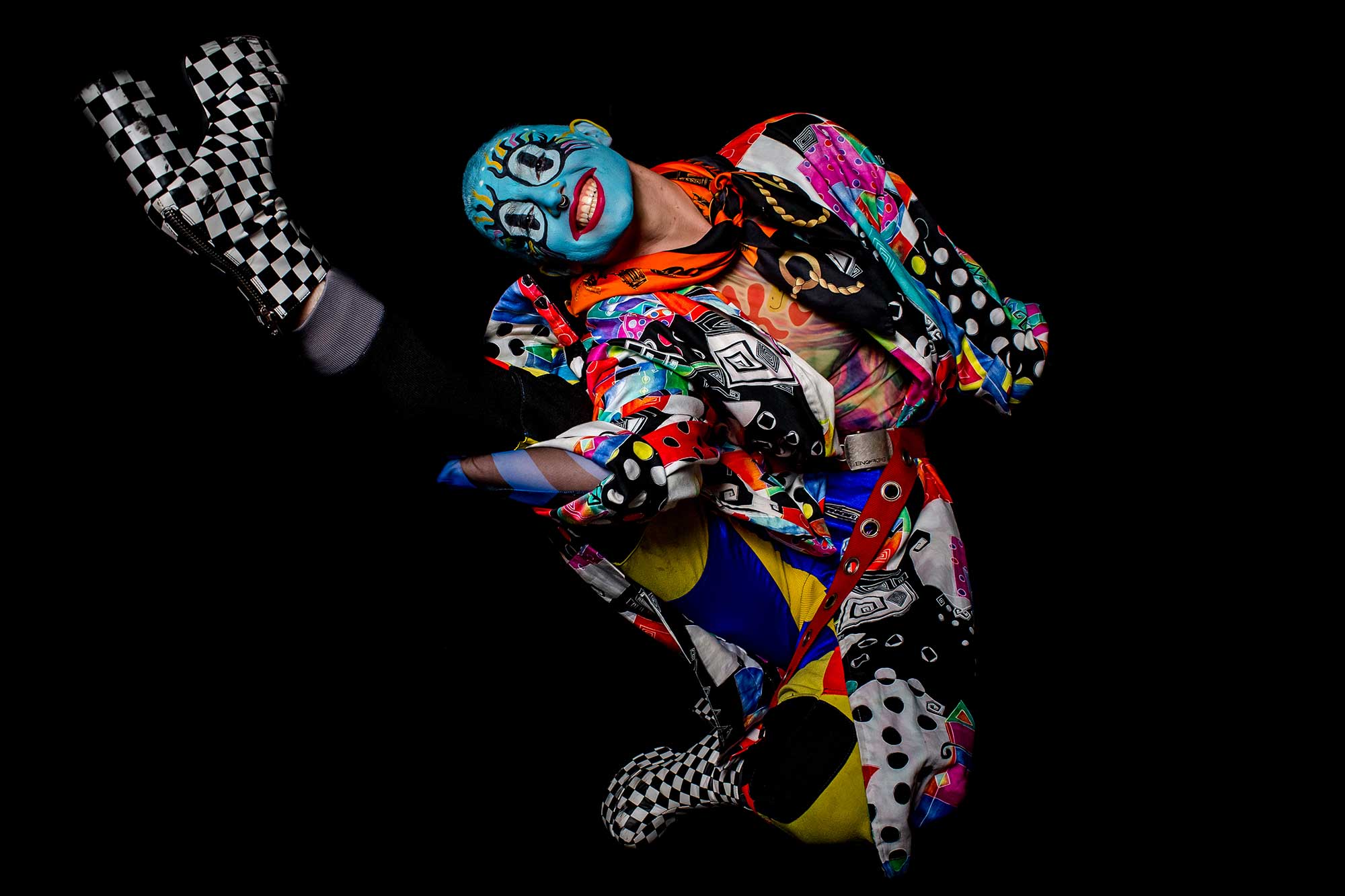 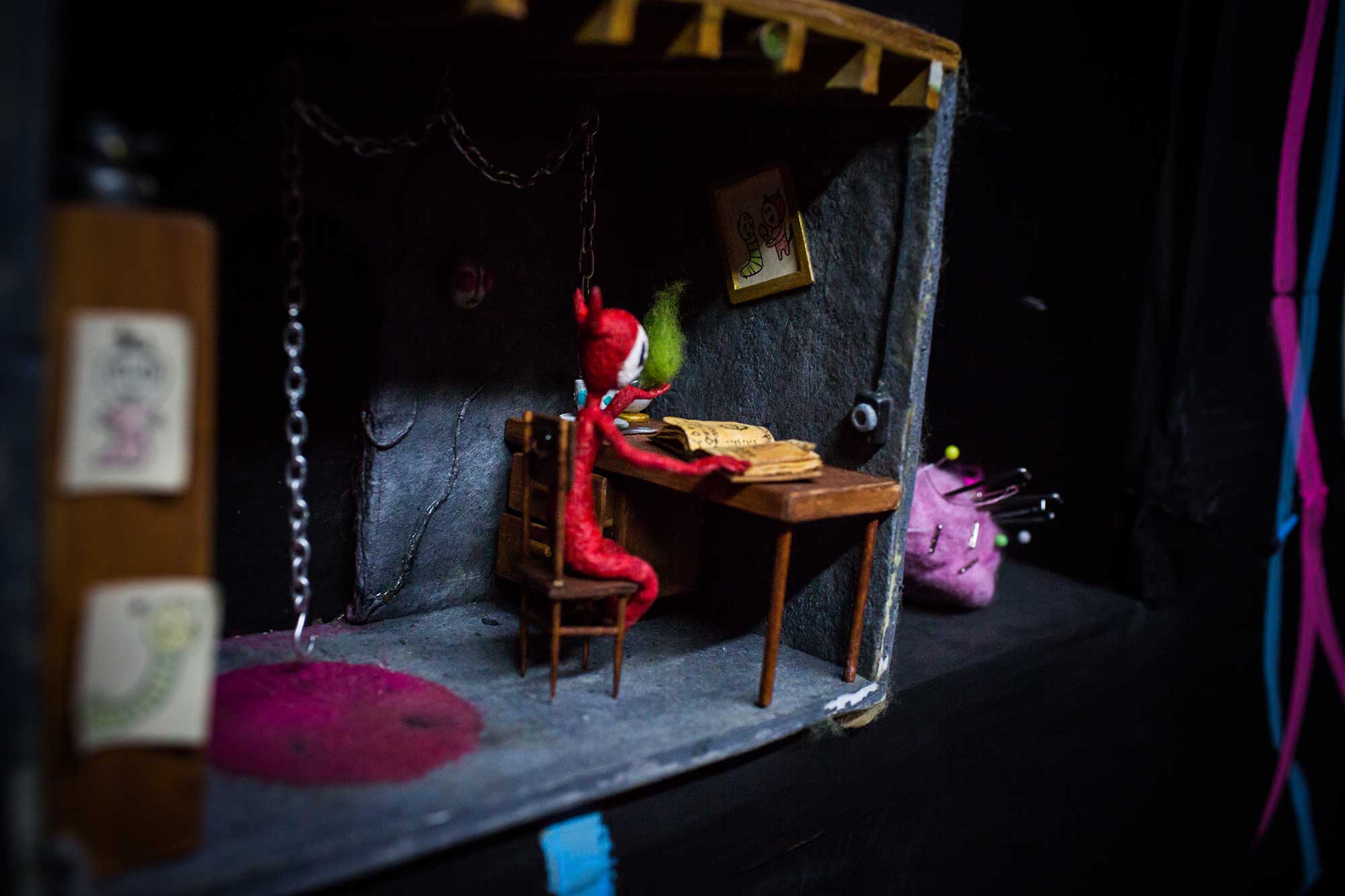 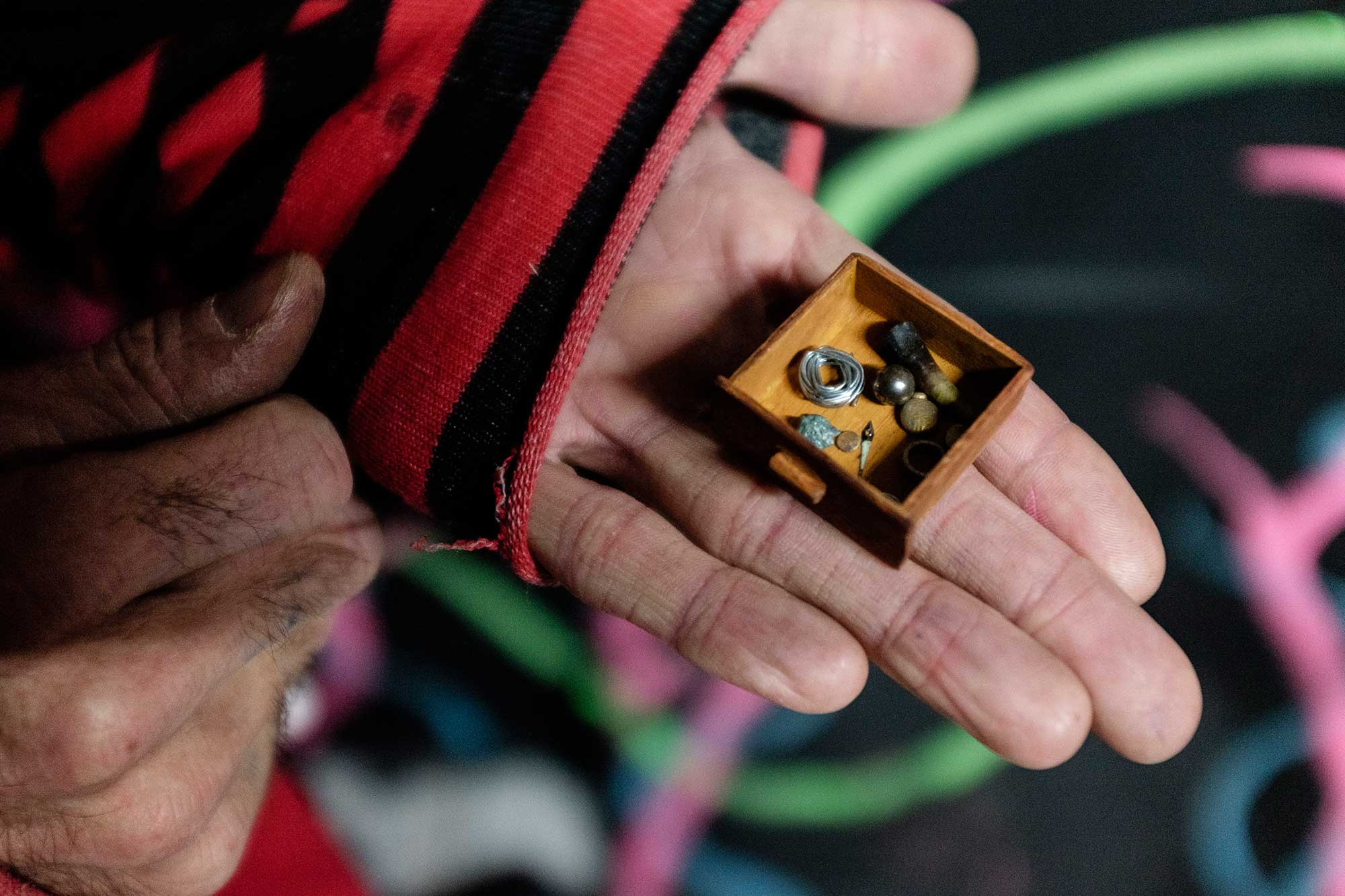 What kind of feeling or what experience do you want people to have in Dream World?
Pablo: We don’t want this to be just a passive art experience, we want it to be transformative. We want people to move through this space and feel changed in a way, to have a transitional moment in their thinking. It should be like a psychedelic trip, where there is a little rupture in your normal consciousness and how you view the world. It can be subtle or not so subtle, but either way it changes you a little bit. That is what our goal really is. Not to just show some nice things for people to look at, but for them to invest a little piece of themselves and their emotions.

There’s a lot of trust involved because we’re playing with people’s boundaries. When you’re working in such an interactive way and the performers are directly speaking to and touching audience members, there’s a lot of experimentation with crossing boundaries. We’re constantly thinking about this and we’re going to be learning a lot during the time that we’re running this experience experiment.

And can we expect more Dream World productions in the future?
Pablo: We’d like to do a bigger one next year, this is the pilot.

Stevie: Definitely, and on a much larger scale. Ideally, we want to have a permanent location where we can expand it and spend much longer on the build. We want to be able to create a rotating dream sequence, so if you go in December and revisit in April, it’s not going to be the same experience.

And finally, how would you entice people to Dream World in one or two sentences?
Come before it’s demolished. Come before the dream collapses.

Dream World takes place at Bödikerstraße 26, 10245 Berlin from December 14 to December 27. To enter the experience you must join as a member. Memberships are currently fully booked but you can join the waiting list here. 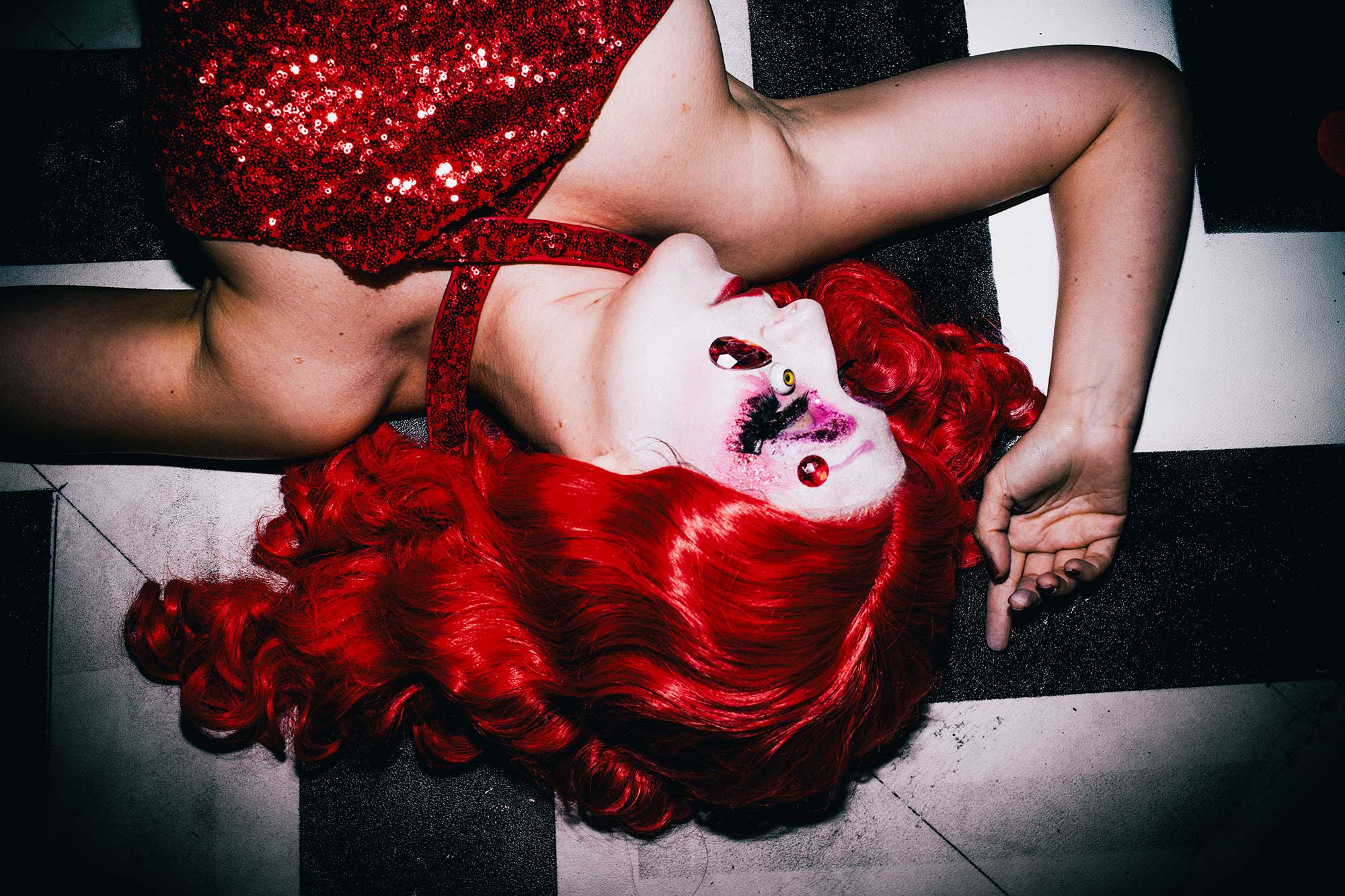