The immersive art experience bringing Berlin’s subculture to the fore 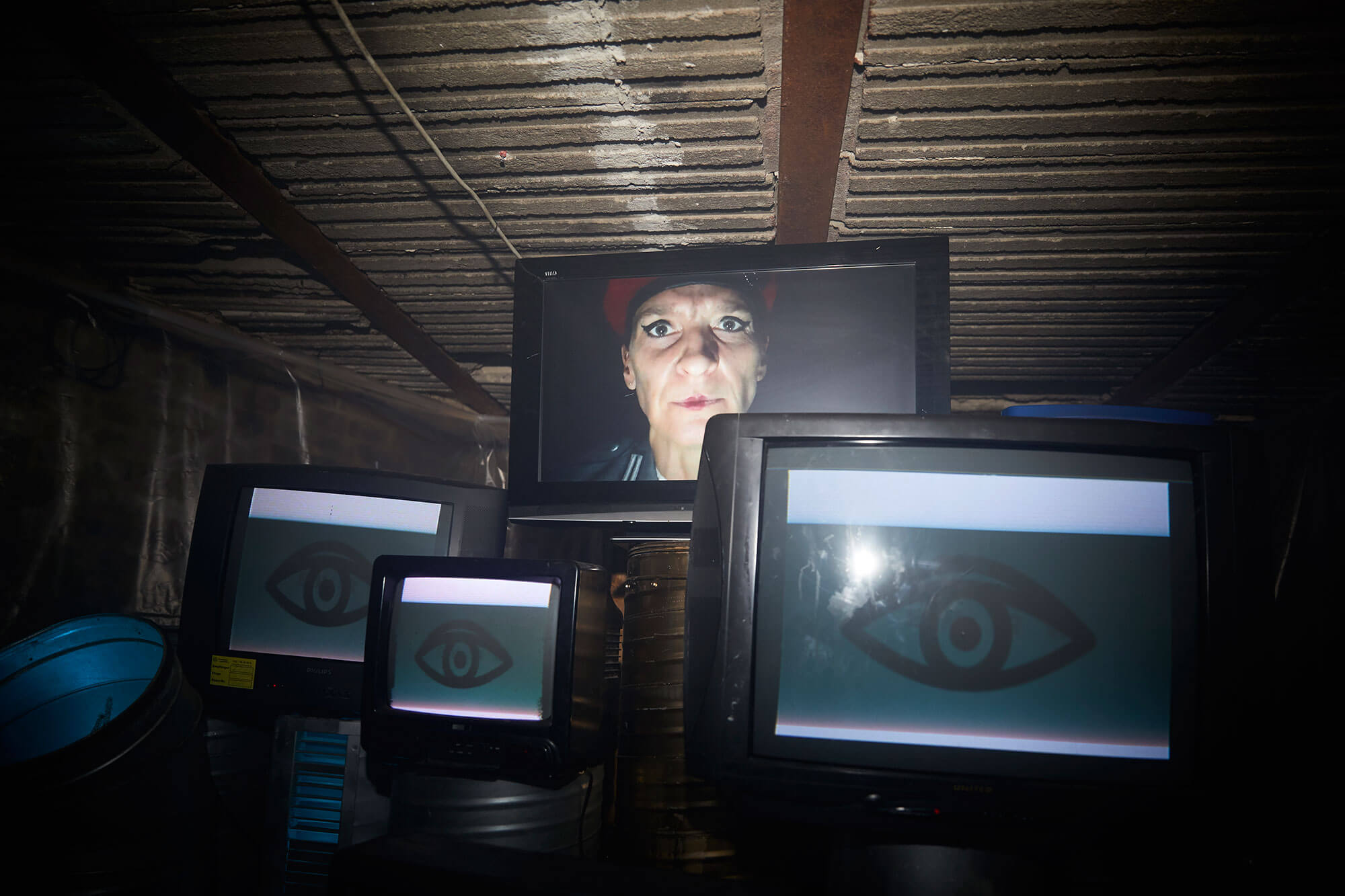 Adversity can often generate a wellspring for creativity, and the immersive art exhibition Overmorrow is a shining example of what can happen when ingenuity and community come together.

Pre-pandemic, Wilde Renate enjoyed a status and reputation as one of Berlin’s clubbing hotspots. Its varied spaces provided an unusual layout for people to explore, and allowed for diverse and interesting parties to take place. Two of the best known, most beloved events that happened regularly before Renate’s shut down were House of Red Doors, produced by Bad Bruises, and TrashEra. Both events brought a level of performance and theatrics, setting them apart from your average club event. Of course, the Corona crisis put an end to those events for the foreseeable future.

Without club events being able to take place, Wilde Renate was forced to enter a state of stasis. Similarly, without parties to promote, the Bad Bruises and TrashEra teams and performers were left with no outlet for their passion and no platform for their art. Rather than taking this lying down, they hatched an idea. Wilde Renate, Bad Bruises, and TrashEra decided to combine forces and create a new collective—Overmorrow. This collective was formed to produce an immersive art experience utilising the dormant space of the club, which would come to be filled with the work and talent from the Bad Bruises and TrashEra stables. The collective would also operate as a non-profit, and put all of the proceeds back into paying the production crew and performers. As Florian Wozny, project manager of Wilde Renate, explains, “One of the main topics was to create some jobs for people from the scene. We think artists need a voice and this gives them a platform and makes them heard.” 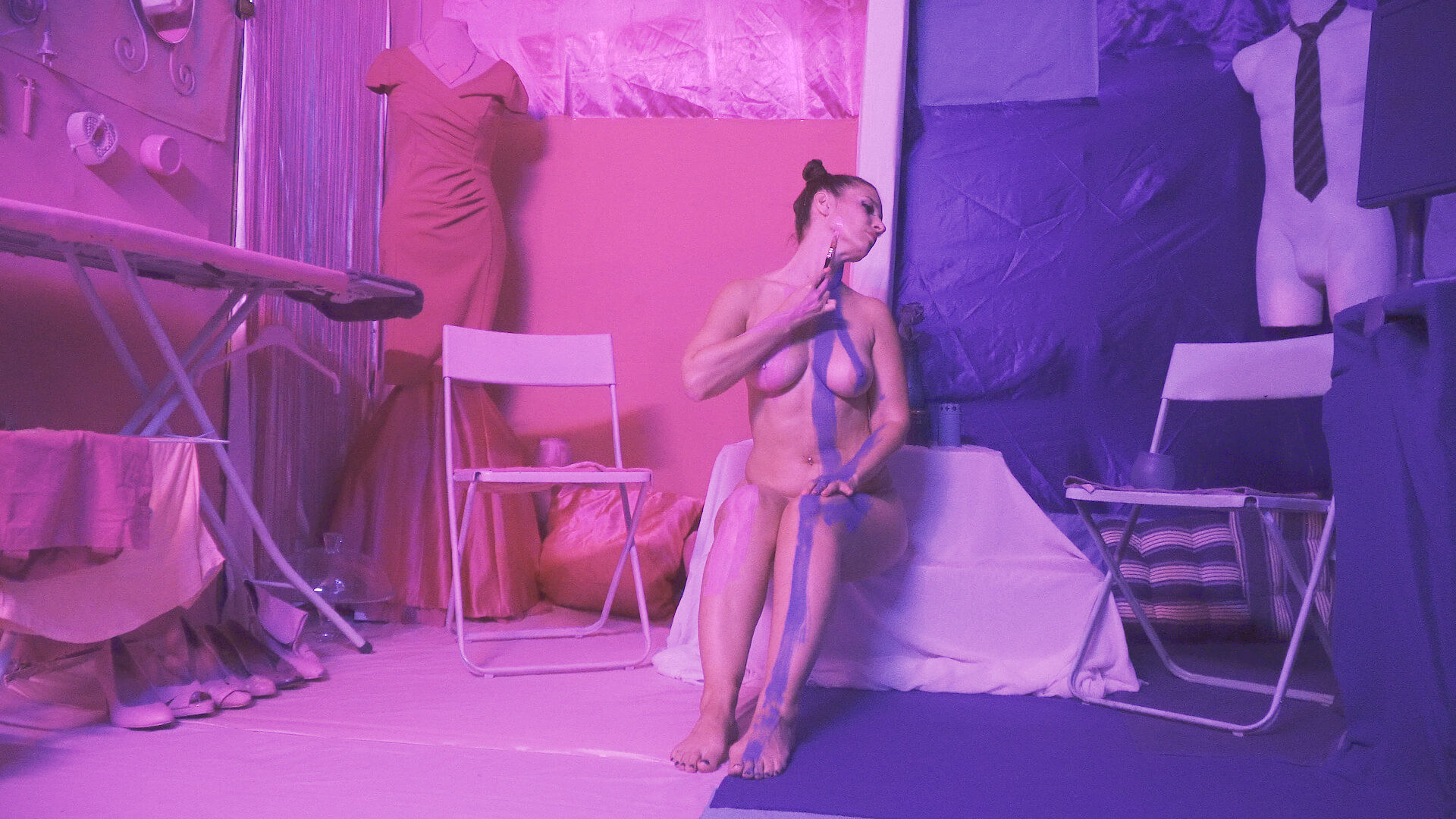 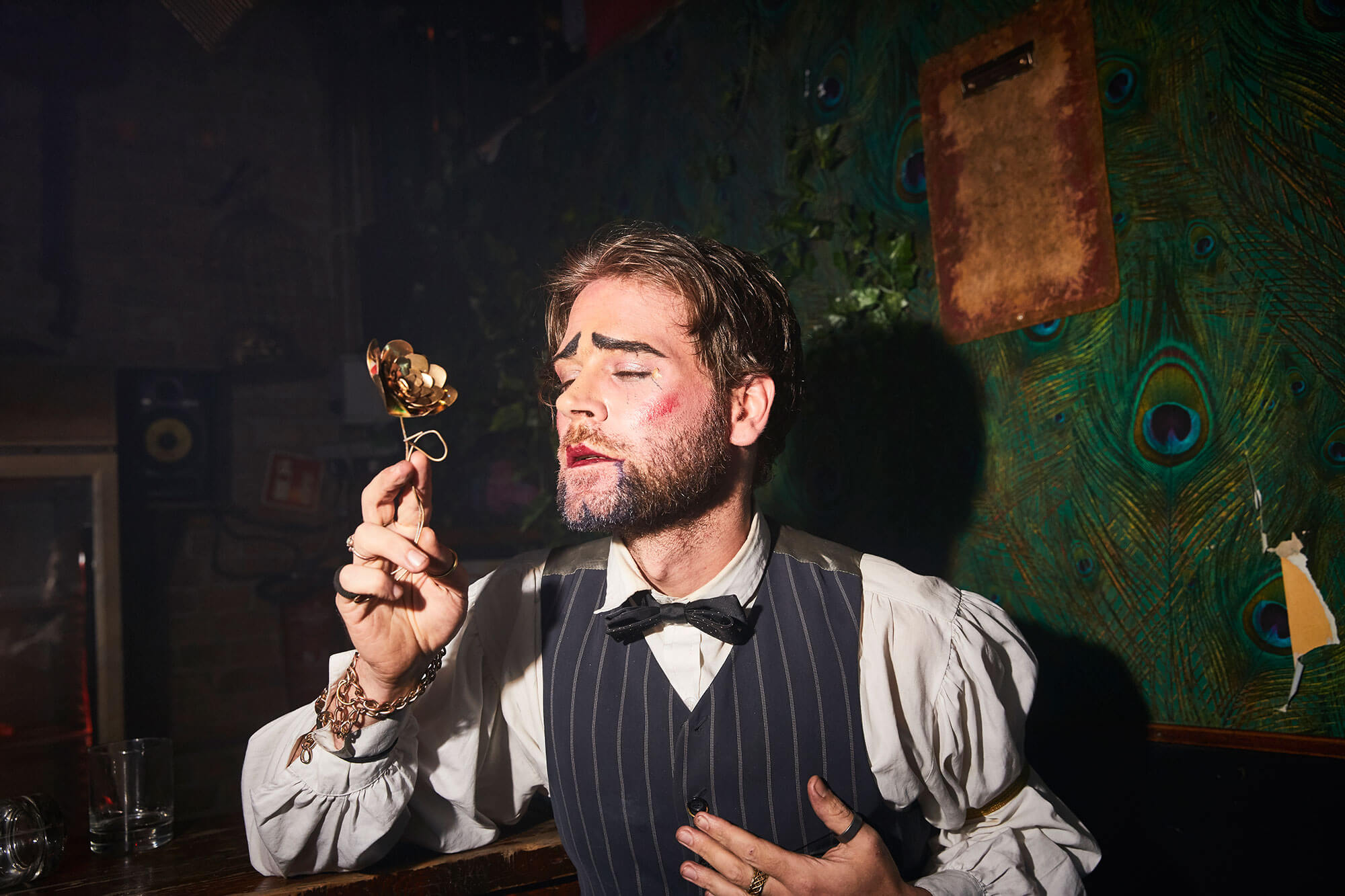 We think artists need a voice and this gives them a platform and makes them heard.

It’s a simple idea that gave birth to a fully immersive concept. Attendees are invited to take a journey through the transformed club space. They’re greeted at the door by a performer who explains the ground rules before allowing them to pass through the entrance and step into the building, transporting them into another world. From there, they make their way through the installation. Each room is markedly different. Some contain art installations that participants can take in or interact with, while others are temporary homes to performers of all kinds. In some rooms, attendees may see someone painting a white milk-like substance onto their body while in a meditative pose, a naked man that imitates their body movements, or a woman that recites nightmarish poetry.

There is a rotating cast of performers, so what people encounter will change depending on the time of the performance. The experience you have will change, not only based on the performers that are present, but also in how attendees engage and interact with the whole exhibition. Participants may choose to be passive and let the experience wash over them, or they may be more interactive and connect with the performers in whatever subtle ways they can.

Overall, there is a sense that the exhibition is a true artistic expression of Berlin’s club subculture. The style and type of art feels like one that could only spring from people steeped in club culture and the collectives that are linked to it. The performers involved are often more used to operating in busy club venues, so to have the performances take place in this different context seems to elevate them somehow. Through giving the performers a different type of audience and space, it allows for a wider variety of artistry and facilitates a new kind of audience perception. 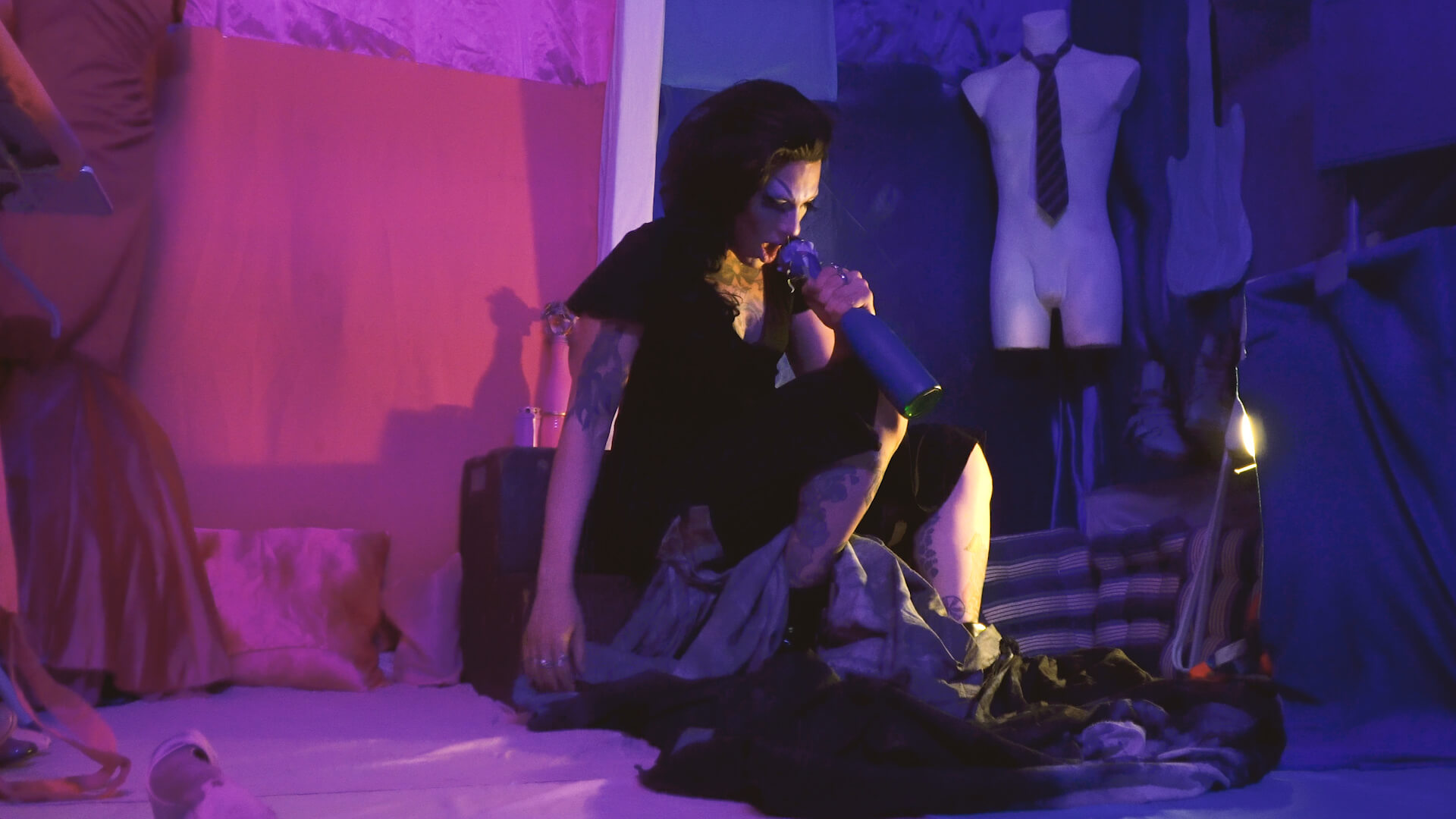 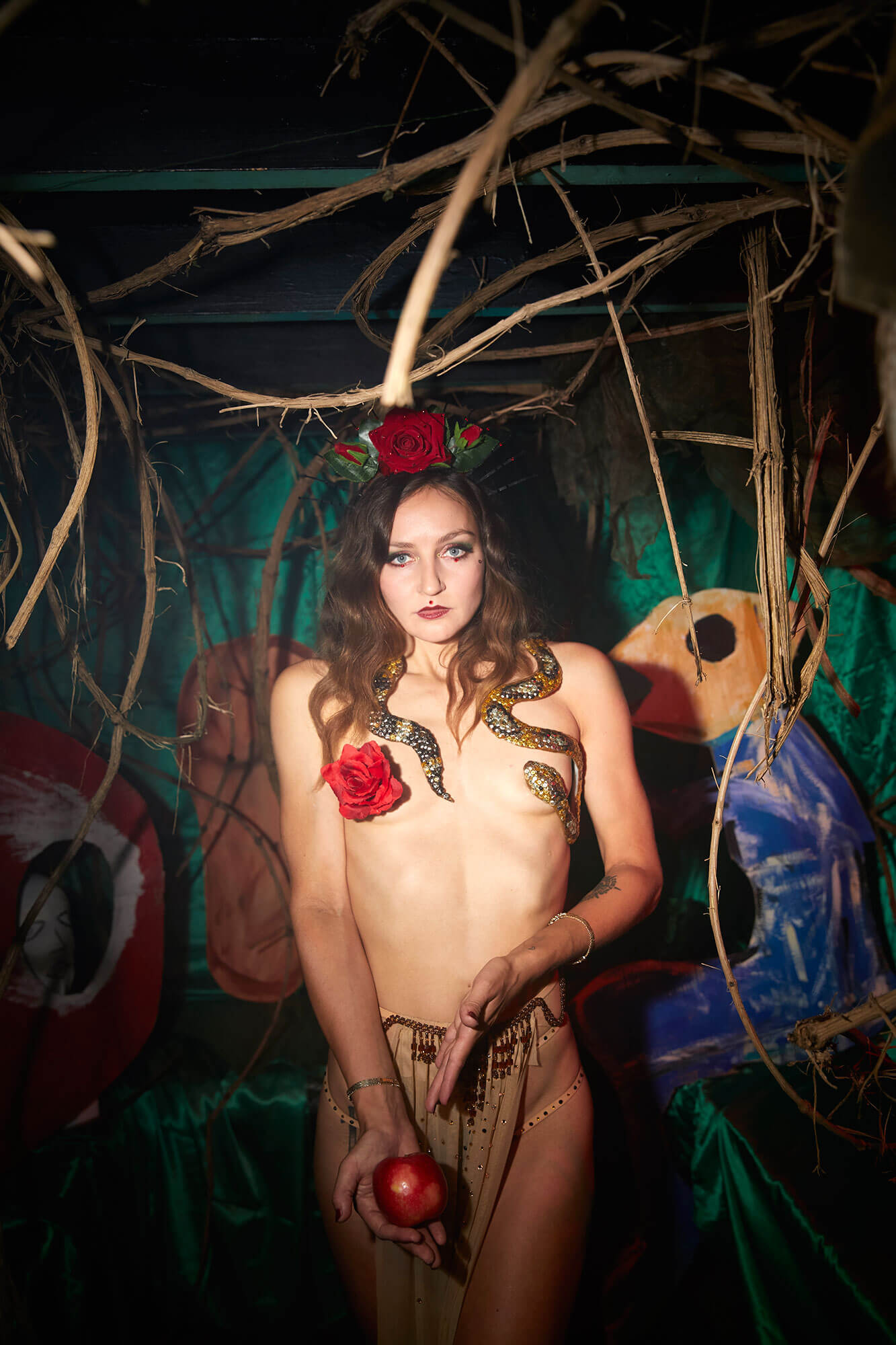 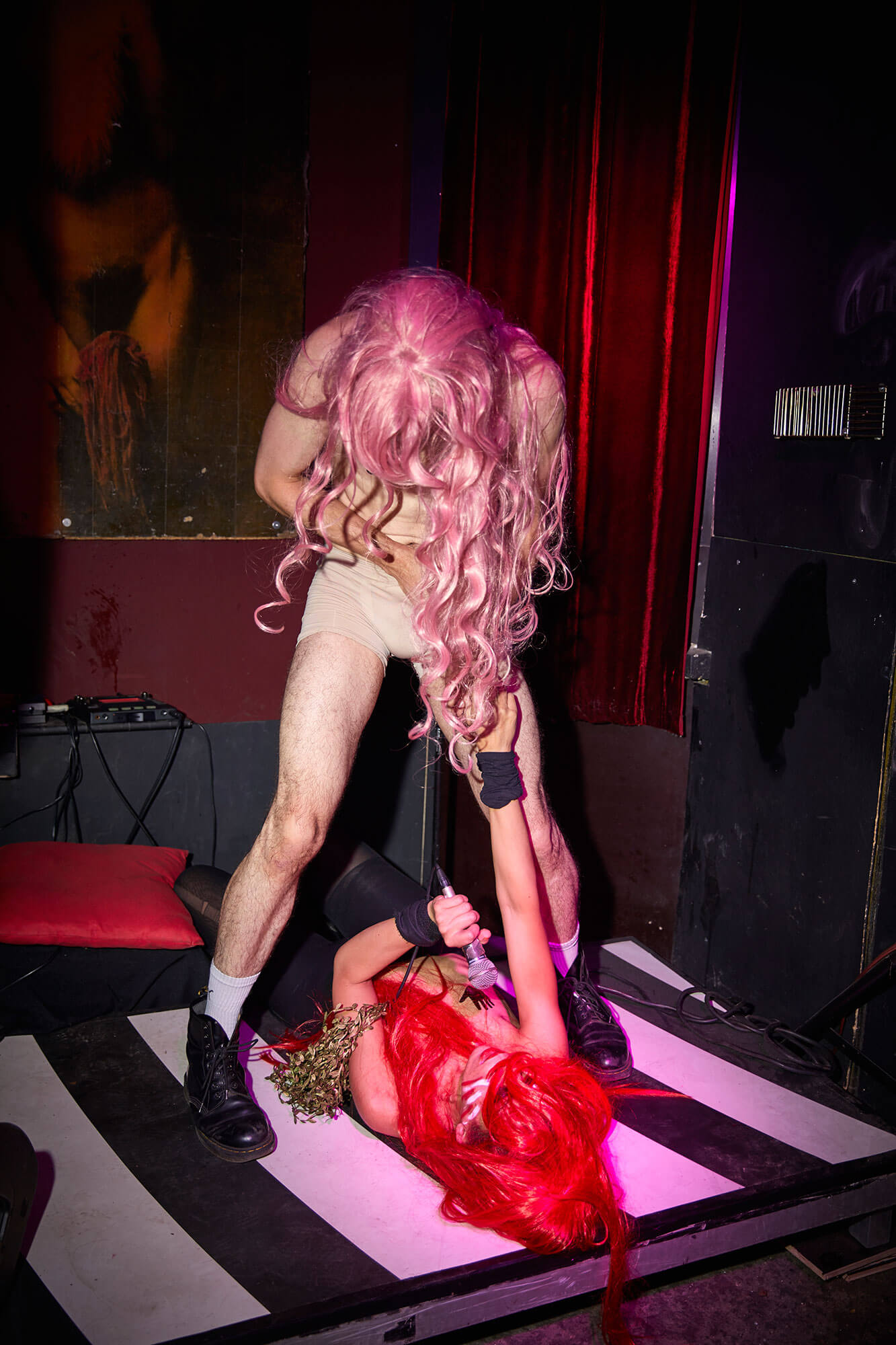 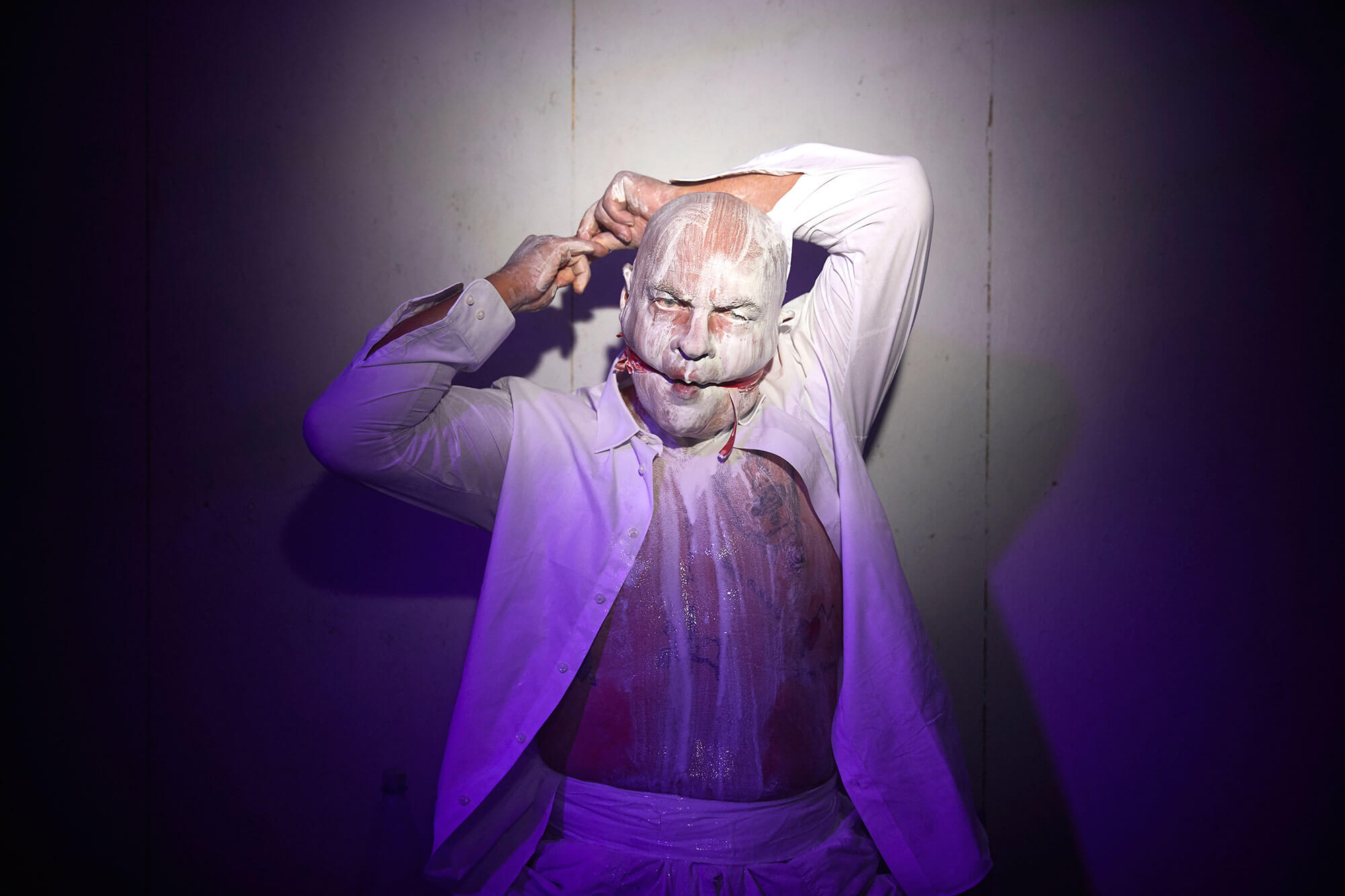 Not only are the performers operating in an unusual context, but they are also being opened up to new audiences. Florian Wozny believes, “it’s an opportunity to attract people who usually don’t have a connection with the subculture in Berlin. It’s a nice opportunity to make the city a little bit more colorful again.”

Overmorrow has brought new people into Wilde Renate and exposed the performers from Bad Bruises and TrashEra to a wider Berlin. In doing so, it has also created a new sense of community during these fragmented pandemic times. Geovane Pedro De Bortoli, Creative Director of TrashEra, has witnessed firsthand the community forming. “It’s nice to see how the project developed into a family organisation,” he enthused. “Everything was done with a lot of passion and with a lot of detail.”

Right now, the project is planned to run until the end of September 2020, but if things go well the runtime may be extended. With no signs of clubs reopening soon, events like this may become the norm. While nothing can really replace the energy and uniqueness of Berlin’s club scene, Overmorrow has created an experience that fills the vacuum in a truly special way.

For times, tickets and more info check the Overmorrow site or Facebook. 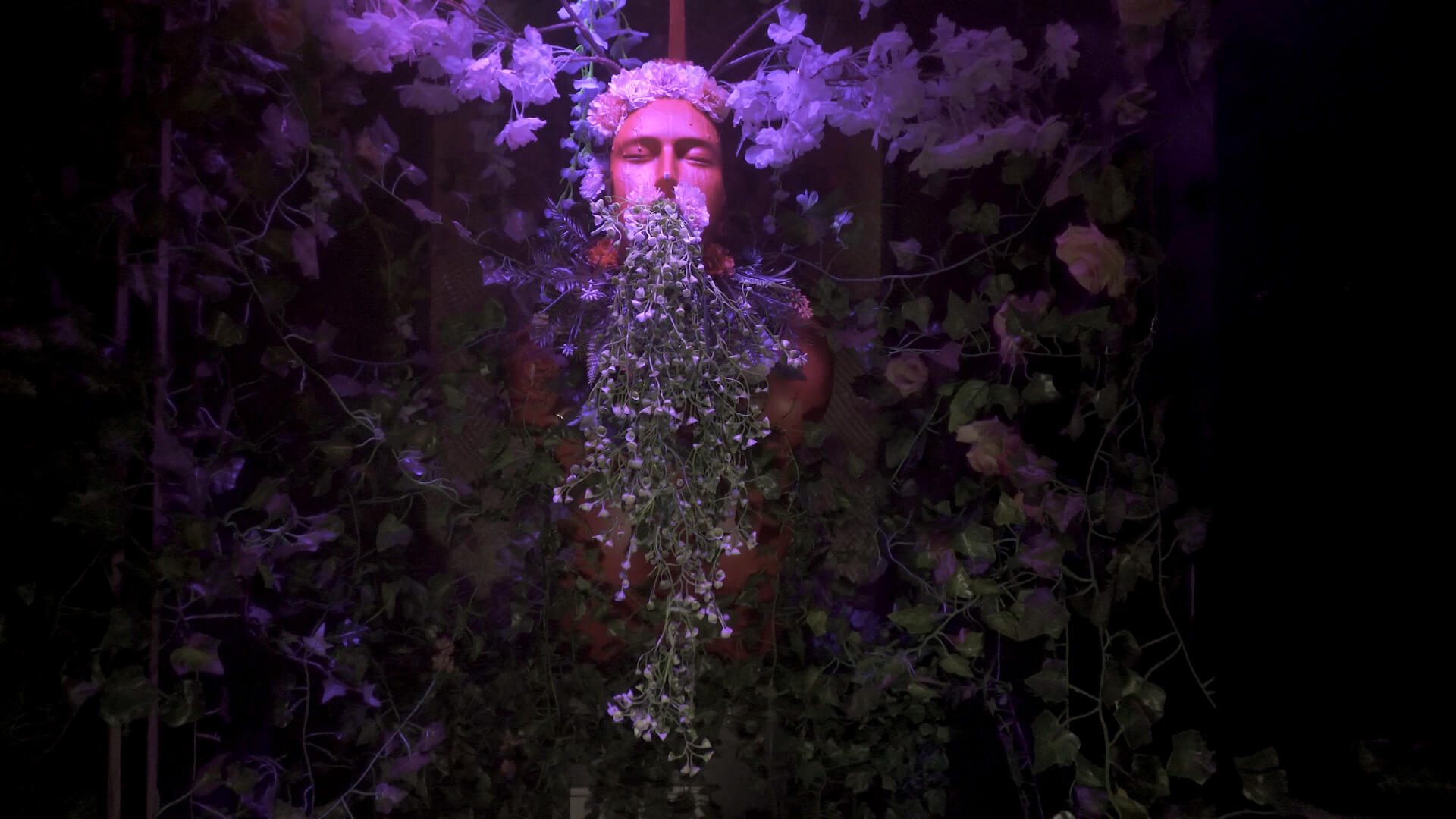