A weekend of diverse contemporary art

Berlin Gallery Weekend is a three-day extravaganza of people-watching, free booze, and art. It’s impossible to see it all, so we’ve picked a few choice exhibitions for you to make the most of the busy weekend.

There are 47 Berlin galleries opening their doors with free exhibitions featuring both emerging and established artists. It’s a smorgasbord of diverse art: grand-scale fantastical paintings, politically charged video installations, and heaps more. Simply stumble from gallery to gallery, help yourself to free wine, and soak in the art. Enjoy the madness, y’all. 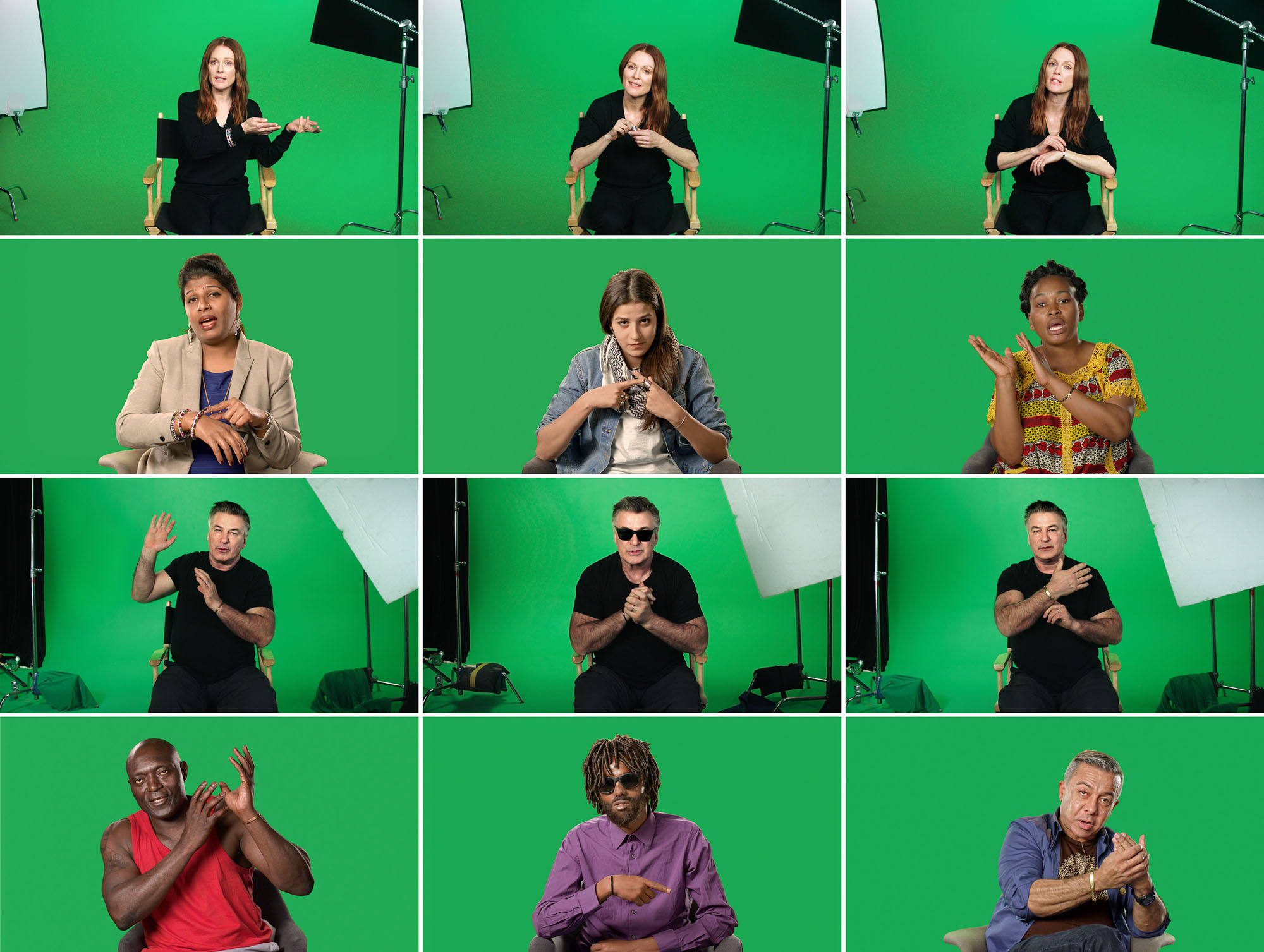 Why is it so much easier to empathize with an on-screen celebrity than with a real-world human being? Love Story, a film installation by Candice Breitz, examines the ways that stories elicit – or fail to elicit – empathy.

The installation explores the narratives of six individuals who have fled their home countries. From fleeing life as a former child soldier in Angola, as a transgender activist in India, or war-torn Syria, the individuals’ stories address the global scale of the ‘refugee crisis’. The stories are told first-hand by the individuals themselves and then re-told by Hollywood celebrities, Julianne Moore and Alec Baldwin, bringing star-power and visibility to stories that might otherwise be forgotten or overlooked. In this way Breitz questions the cultural obsession with celebrity as well as the lack of interest in real-world people and adversity. Perhaps it’s easier to empathize within the safe space of fiction or perhaps in a media saturated culture we are losing the power to identify with reality. Love Story is an exhibition worth a visit.

Berlin artist, Jonas Burgert, is returning home for Gallery Weekend 2017 with his largest painting to date. Almost the entire length of the gallery, the 22 meter landscape will drown the viewer with its immensity. The grand-scale psychological drama is filled with fantastical figures and expansive chaos. It’s paired with full length portraits on the wall opposite of figures taken from the landscape — removed and isolated. In this way, Burgert plays with human emotion and concepts of non-linear storytelling and time. Explore the artist’s imaginative world, investigate the chaos, and lose yourself in the paintings. 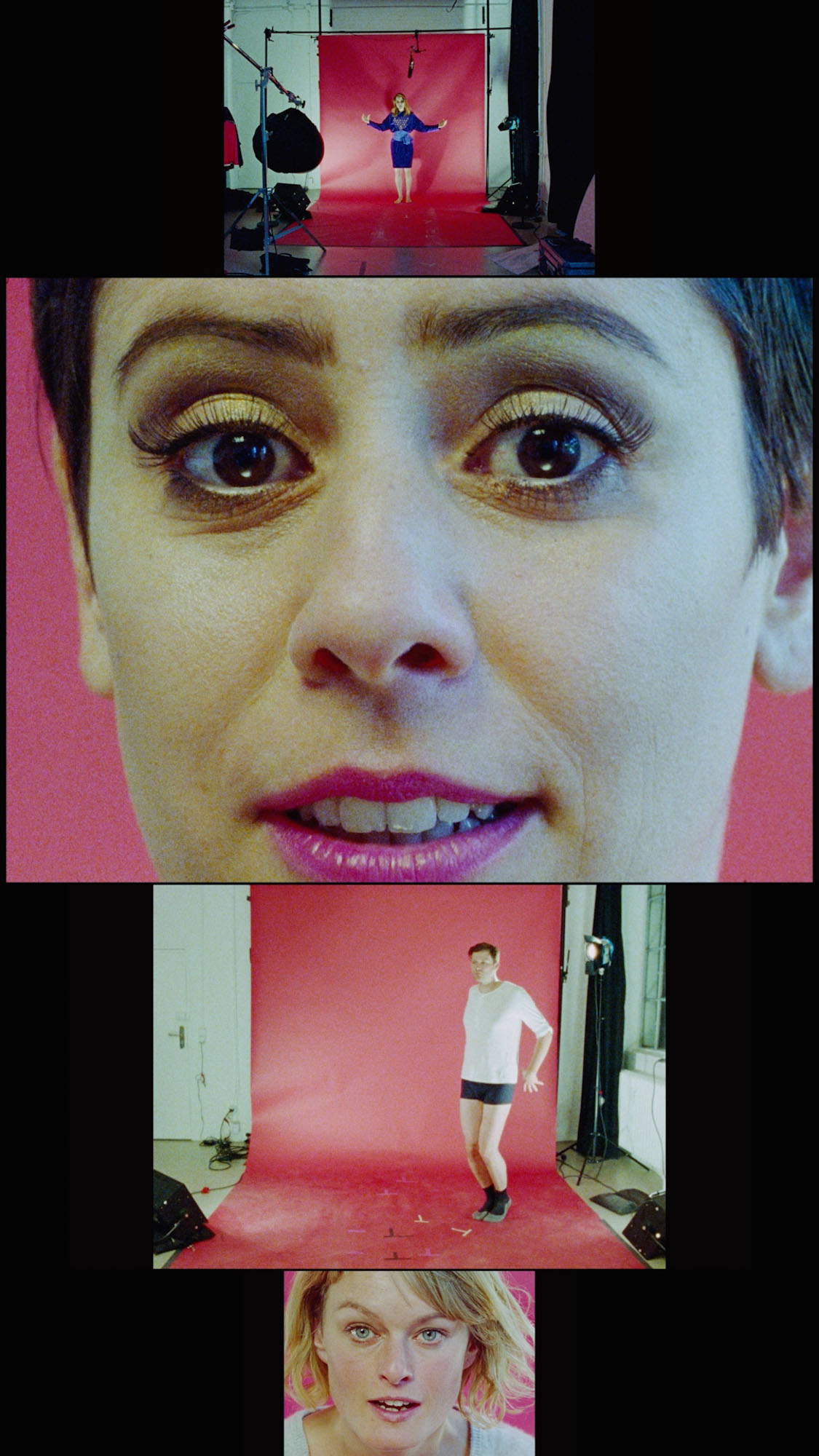 Can you eat your words? How do they taste? How do they feel in your mouth as you spit them into being? How do you ingest them as a teenager and repeat them as an adult?

These are questions Dara Friedman asks with her poetic video installation, Dichter. Friedman held an open audition in Berlin in October of 2016, asking the actors to read poems that were personally meaningful. Sixteen of the poems were later recorded after teaching the actors to use voice training techniques from Jerzy Grotowski to speak through the body. Here, the poems become a part of the body and the actors think with the body. The entire body speaks.

Four projections run in an endless loop and at times the actors speak over one another in a confusing and chaotic assault of words. The poems are in German, Russian, Italian and English. The authors are: Anna Achmatova, Ingeborg Bachmann, Rolf Dieter Brinkmann, Charles Bukowski. Check out the exhibition for a poetic meditation on the ways that words become parts of us. 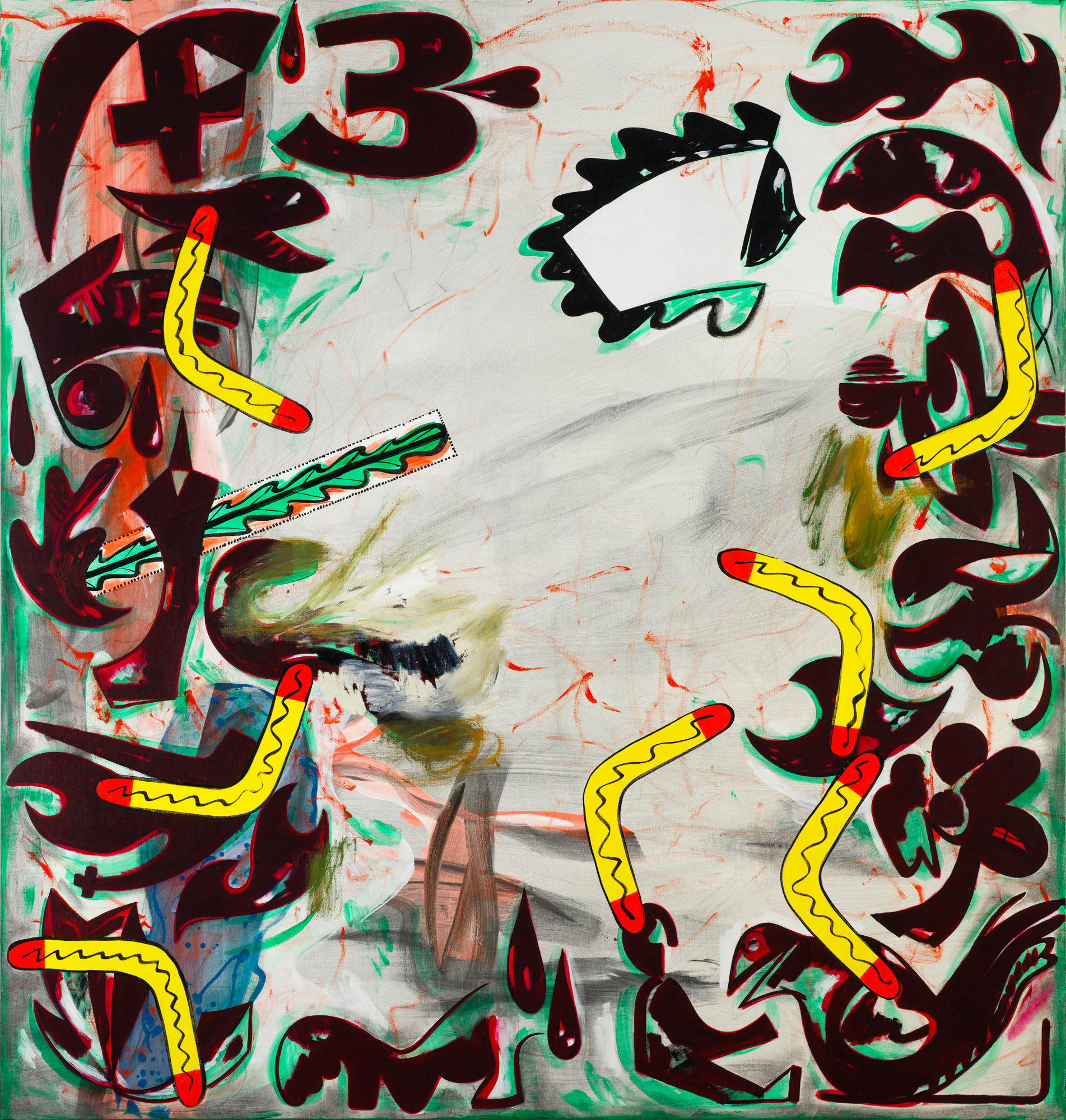 Charline von Heyl’s exhibition at Capitain Petzel embraces the power of abstraction. With a new series, premiered here for the first time, the artist explores the formal language of painting and the allure of abstraction as a mode of expression. Line, color, and shape come together in rich, expressive, and complex paintings. Von Heyl’s work can be found internationally in museum collections – we can’t wait to see what she has created for Berlin Gallery Weekend 2017. 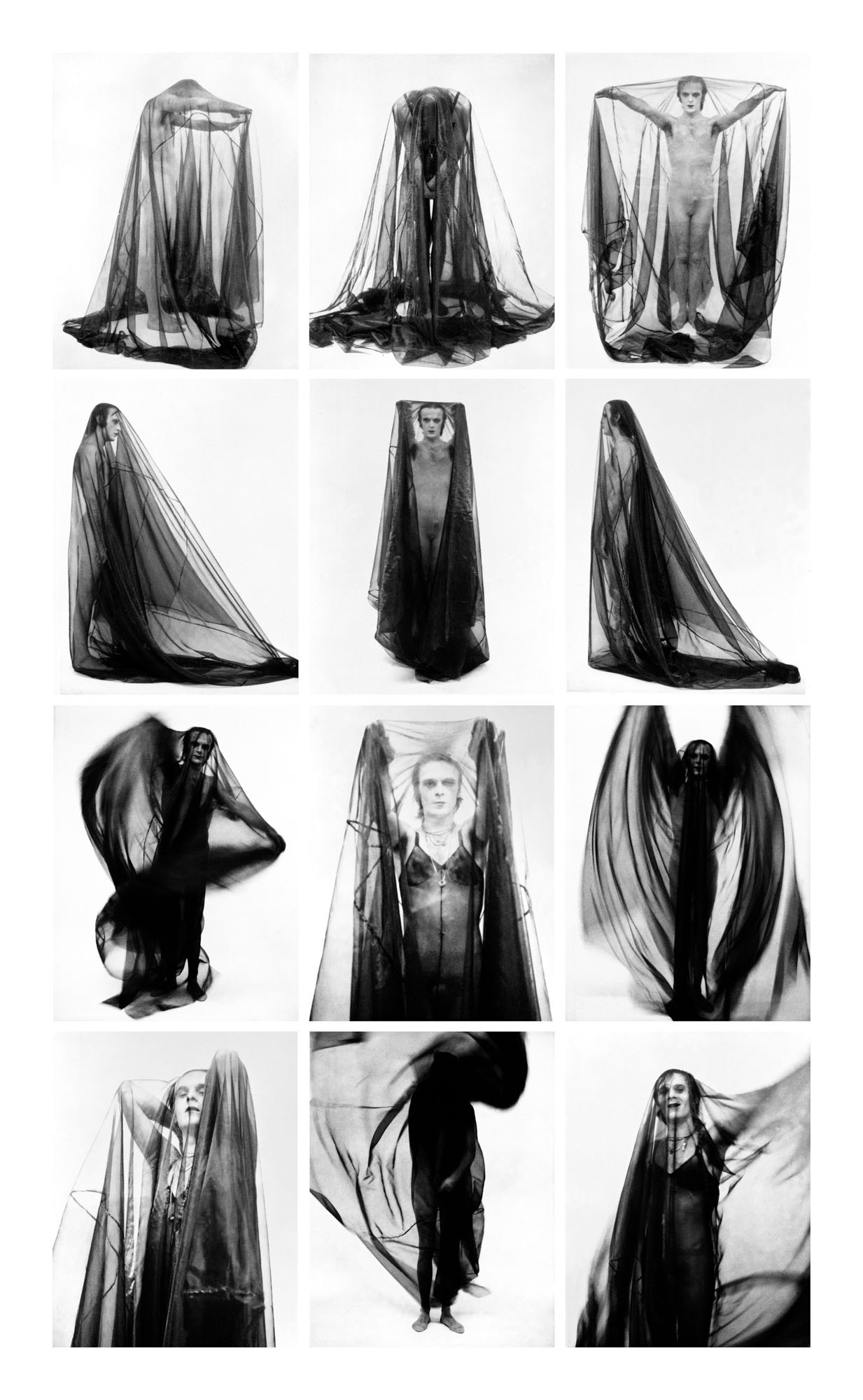 The solo-exhibition Moving Self features Juergen Klauke’s key works from 1972 – 2017. A renowned German artist, Klauke is a pioneer of multimedia, interdisciplinary “Body Art.” Using the human body as a vehicle for expression, he plays with gender, identity, communication, loneliness, and the ‘other’ in his work, creating images that both attract and repulse the viewer. Check out this exhibition to challenge your ideas of societal norms. 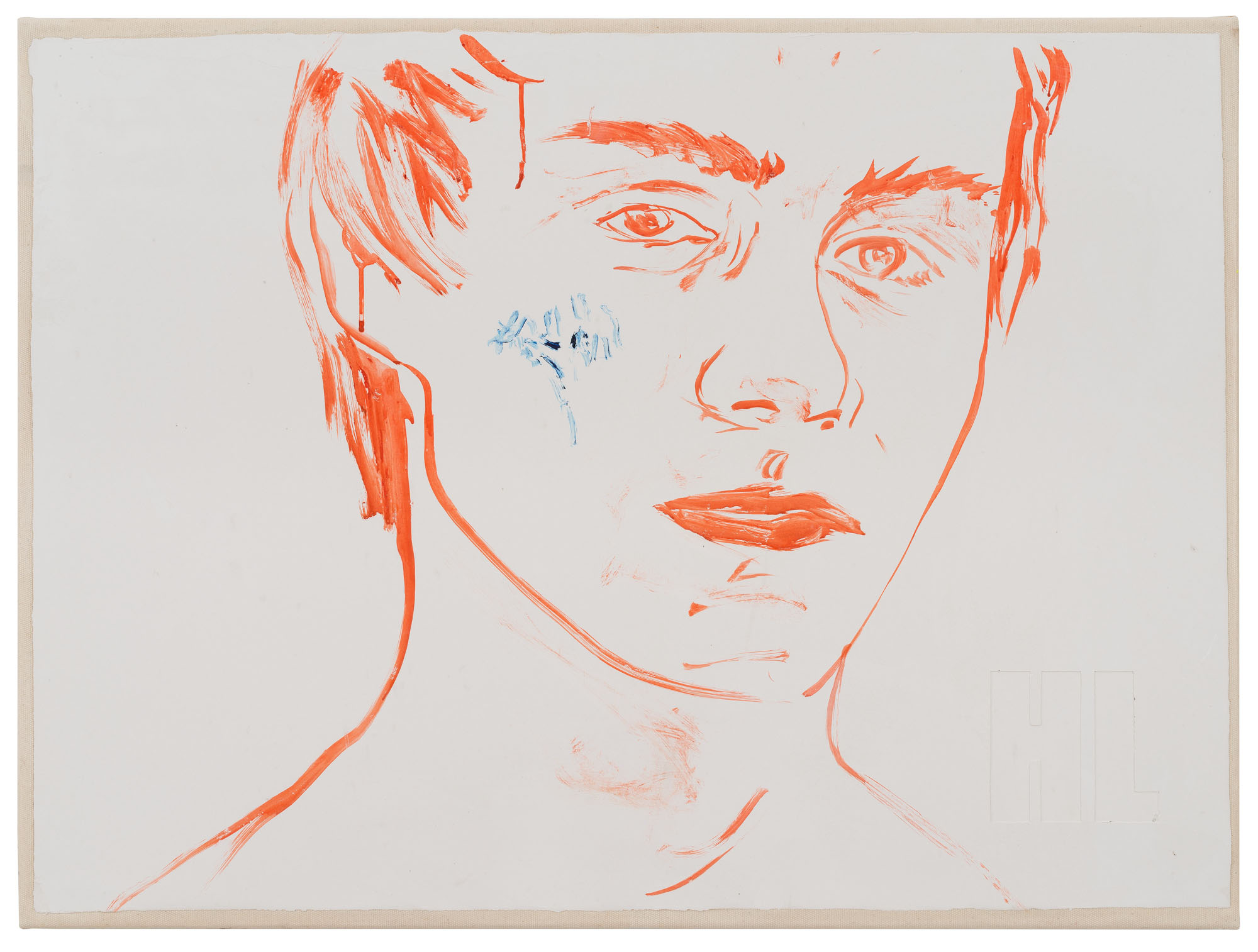 Paolo Chisasera dubs himself the Doctor Frankenstein of Berlin Gallery Weekend 2017 with his series of images inspired by the 54 artists participating in the weekend. By piecing together and hybridizing the imagery, artistic practices, and motifs of the other artists, Chiasera’s mutant paintings in Frankenstein are both a product and critique of Gallery Weekend.