Valentina Culley-Foster photographs the spaces that divide us 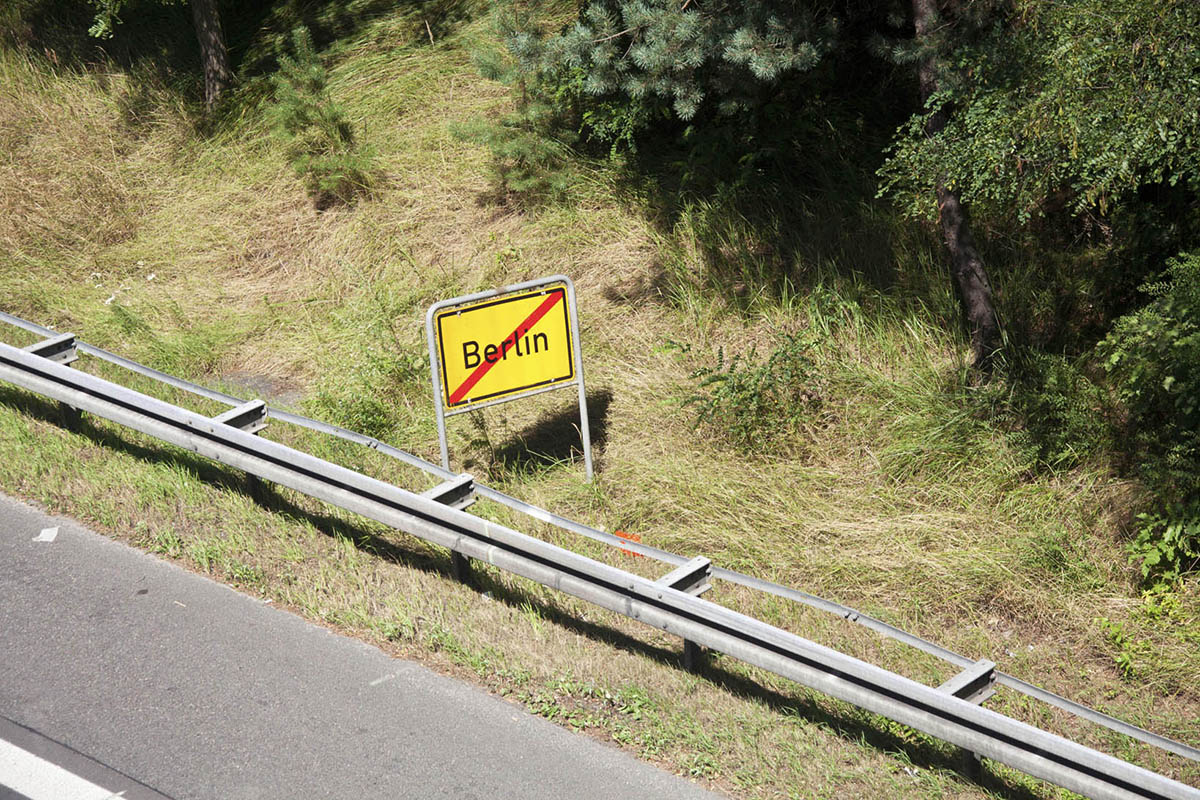 Maps are drawn,borders are created. But what does that really mean? How does a line on a map, a barbed wire fence, or a concrete wall translate into national identity? Photographer Valentina Culley-Foster explores the concept of borders with her series, Borderlands, which compares the borders in Northern Ireland and Berlin and the ways in which they relate to identity.

Most of us travel through border spaces almost every day – from town to town or country to country – without even realising that we’ve entered new territory. So what do borders actually look like? The border spaces Valentina encounters are sometimes demarcated with a wall, a sign, or simply exist as an open field; the border a seemingly invisible and arbitrary division of space. Her photographs capture the ways that these borders are in constant flux, often reclaimed by nature and swallowed back into the earth, as well as changing with the shifting political climate. With her series, Valentina explores her own multifaceted identity as Irish, German, and American in relation to changing physical border spaces and the way that this identity is both defined by and resistant to borders. We talk with Valentina to learn more about her project and understanding of contemporary borderlands. 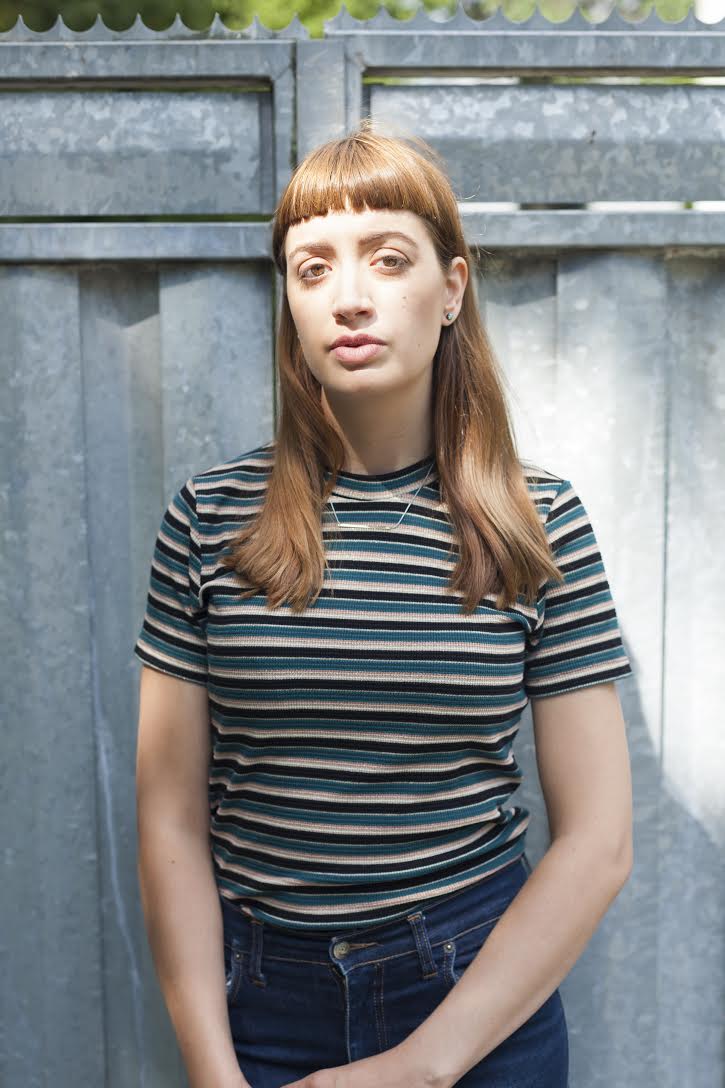 Photo of Valentina by Selina Kearney

What motivated your interest in border spaces? My conceptual documentary work explores themes of cultural and personal identity within conflicted spaces that reflect national identity.

My interest in documenting borders first started when I moved to the outskirts of Derry in Northern Ireland, where I briefly lived with my Irish family. Having moved from the hustle and bustle of London, I really enjoyed spending time in the countryside and during these long walks my smartphone would send me notifications that welcomed me to Ireland every time I crossed the geographical border, even without being consciously aware that my current location was no longer in Northern Ireland. I started using GPS to track my movements crossing a seemingly invisible border and started to explore this concept with an extensive photographic series.

My series, Borderlands explores Derry as a city divided by the geographical border between Northern Ireland and Ireland. The images take viewers on a visual journey across the religiously and politically divided communities of Derry. Many countries around the world have shown new preferences for their national borders. Some have voted in favor of cutting ties with former allies, because of political shifts, thus resulting in major border changes such as Brexit. I am fascinated by how the sense of identity of a nation may change over the course of time, and how this affects nations with pre-existing and shifting borders. 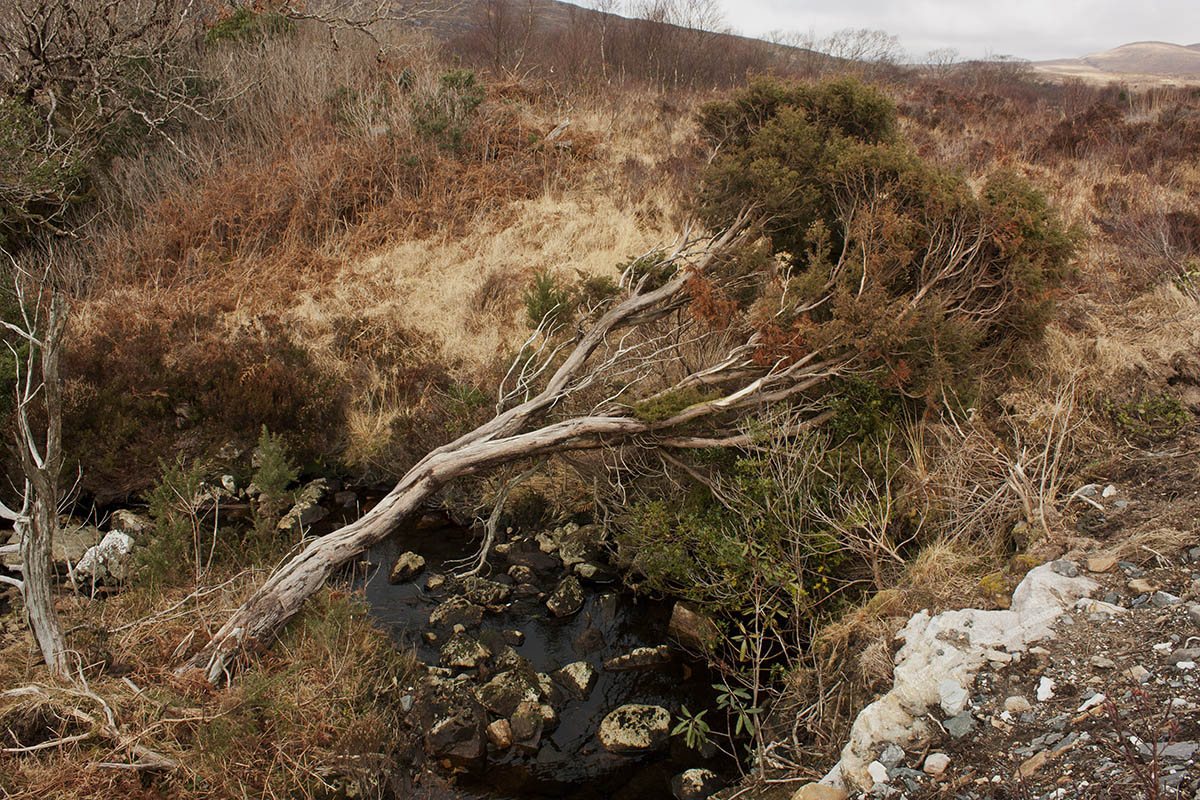 Why did you choose to focus on the borders in Northern Ireland and Berlin specifically? I think that I am drawn to the subject of borders due to the mixed feelings I have towards my own cultural identity as Irish, German and American. Since I was a young girl I was interested in the former hard border in Northern Ireland and the history of the Troubles. I conducted research on the topic from the age of 18 at the national political archives of the Linen Hall Library, Belfast, in an attempt to understand the mindset of the people of Northern Ireland better. I wanted to have enough background knowledge to be able to place the stories I’ve heard into context when I visited my family in Derry and in the North West of Ireland every summer. In a way I was establishing an understanding of the conflicts that the people of Northern Ireland had lived through or still encountered in everyday life. I then went on to create the series From the North to the Republic as my final major project for my Bachelors degree in Photographic Art.

After graduating from university in 2013, I was accepted to be a photographer in residence at Picture Berlin. Although I had gone to high school in Germany, I had only visited Berlin once on a school trip. I finished my Northern Ireland border project a couple of months before moving to Berlin for the summer to create a new body of work during my residency. I had really enjoyed creating a series based on a journey along a border, so I set myself the goal of cycling the circumference of the ‘island’ of former West Berlin. Although these series on borders show a distant stance in the way they are shot, they are quite personal to me, because it was a means of exploring my own identity in relation to Northern Ireland and Germany. It just so happens that I was born in 1989, the year the Berlin Wall fell, which had personal significance behind creating this series. I found it fitting that my series Berlin Wall Trail – Space in Flux immediately followed creating the project in Northern Ireland. 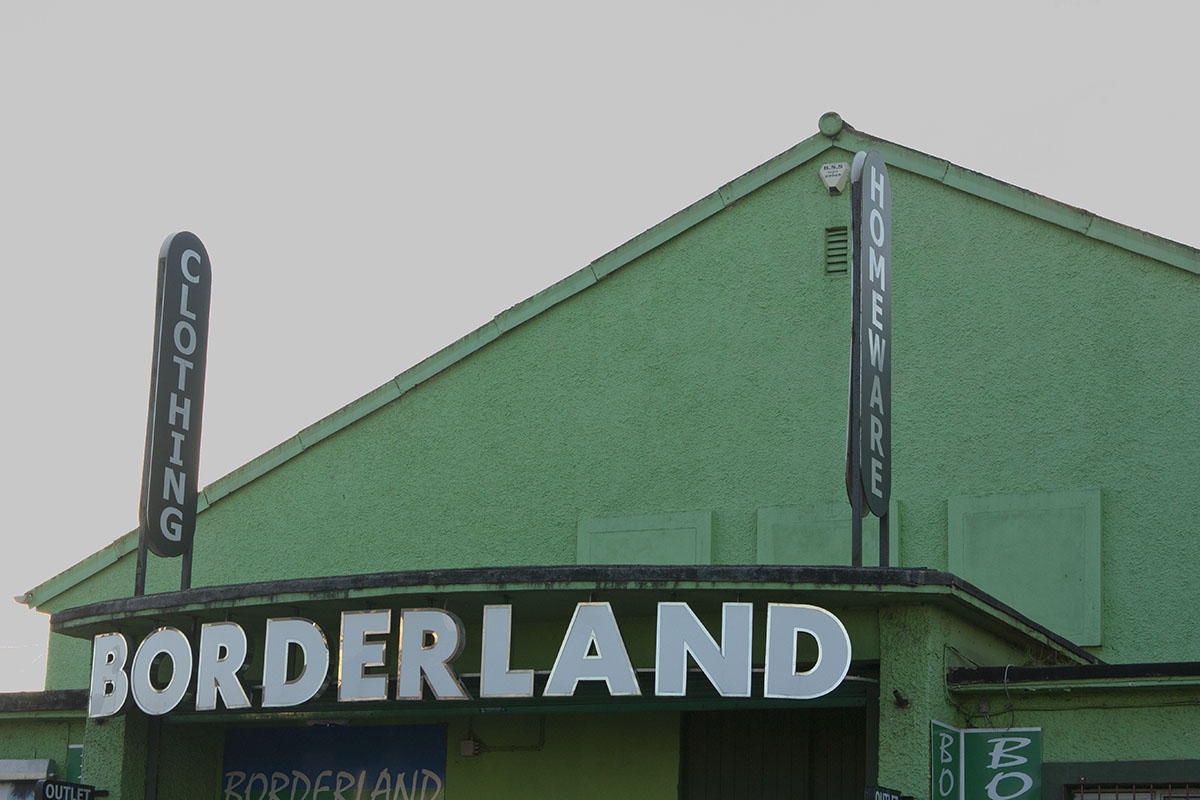 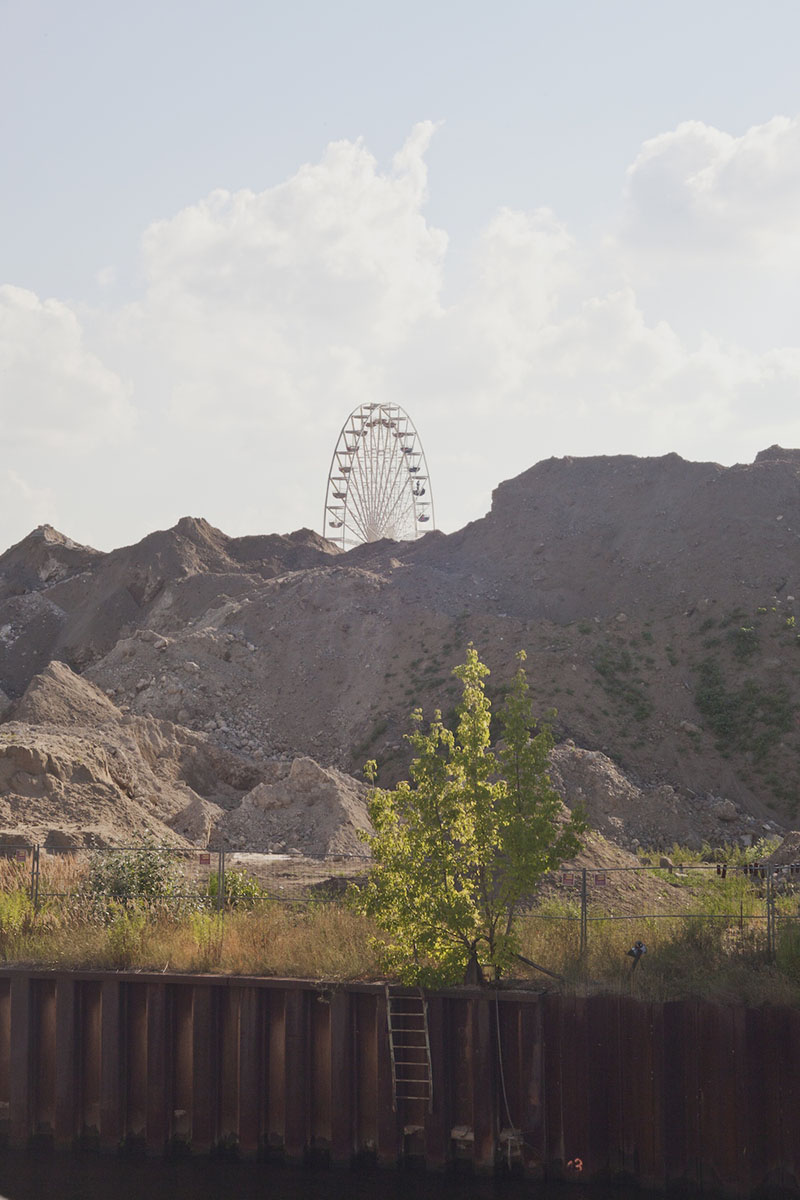 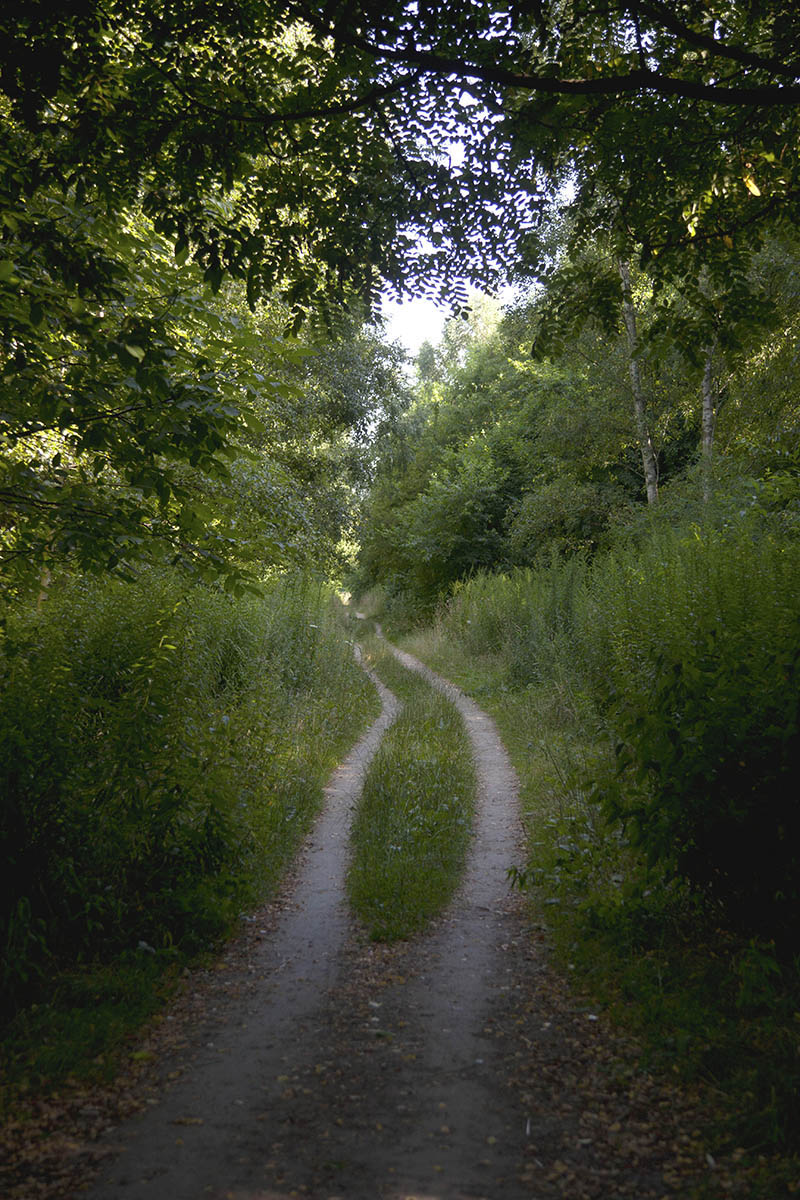 What connections are made by showing the two projects side by side? I chose to show both projects under the title of Borderlands at the Irish Embassy in Berlin because the venue is a significant space for the positive relationship between Ireland and Germany. Both series visually interpret the conceptual narrative of a border that used to be fortified by the military in both countries, but it was important for me to show them in two separate rooms within the venue as well as clearly distinguishing each project by a different frame color, frame size and form of installation.

From the North to the Republic invites viewers to re-evaluate the significance of the open border between Ireland and Northern Ireland, particularly in light of Brexit. And the series Berlin Wall Trail – Space in Flux considers the contemporary significance of the space where the Berlin Wall once stood, with the erased physical footprint of a fortified border in mind. The conceptual similarities are the issues that surround borders, what a border stands for from a national and global perspective, and how the space where borders exist may change over the course of time. Most significant to me is the space where geographical borders exist or shift and the reasons that bring on changes to geographical borders and how these affect the nation involved.

I’ve always felt that efforts to understand a contemporary culture contribute to a better awareness of modern society.

How are the border regions in Northern Ireland and Berlin similar? The geographical border in Northern Ireland cuts through rural landscapes, roads, farmers’ fields, and is generally not easily accessible even by car or bike. The Berliner Mauerweg, on the other hand spans, 96 miles (155km) and was opened as a public trail in 2006 as part of an urban redevelopment project. The Mauerweg is easy to follow, especially the stretch within the city centre. Both outskirts of the rural border areas show visual similarities within both series, for example by road signs being overgrown and unusual compositions appearing in the landscapes, but maybe these are just visual images that I was drawn to documenting and chose to include in the final selection of prints.

Many people that I met in Northern Ireland and Donegal still speak about the militarised border, as well as the Troubles. Currently, the outcome of Brexit is a pressing topic – particularly in relation to the border in Northern Ireland. In Berlin it seems hard to find true Berliners, and even when one does, the Wall doesn’t seem like a topic that one speaks about today. It seems like the younger generation can’t even imagine what life may have been if the Berlin Wall still stood today, which became apparent when I did an interview on the subject as research with strangers I met in Berlin in 2010. 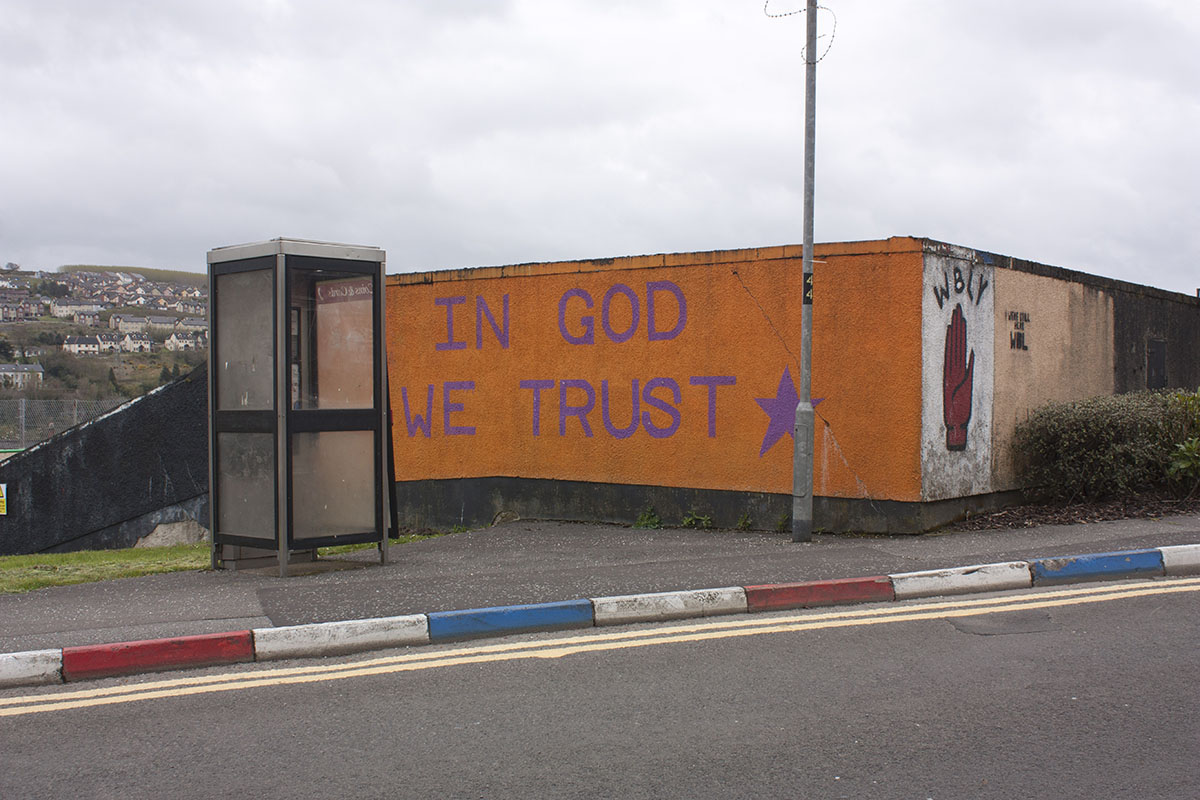 Did anything take you by surprise while exploring these border spaces? Although I moved to Northern Ireland to create the series, and had been used to visiting family in Derry as well as the north west my whole life, it was a very different experience to be immersed in the culture on a daily basis. I lived in the Bogside of Derry for almost two years, and yet I still felt somewhat out of place. I was generally seen as an American rather than Irish.

What I found most fascinating in Berlin is that although few tangible remnants of the Berlin Wall remain along the trail, the space is in flux as nature reclaims the land or man contributes to the change of the landscape. While cycling the Mauerweg for up to eight hours every day, I wouldn’t see a single person on that secluded stretch where the Wall once stood in the outskirts.

With both series, I love that you can tell without any description that there is a cultural difference in the neighborhoods depicted. 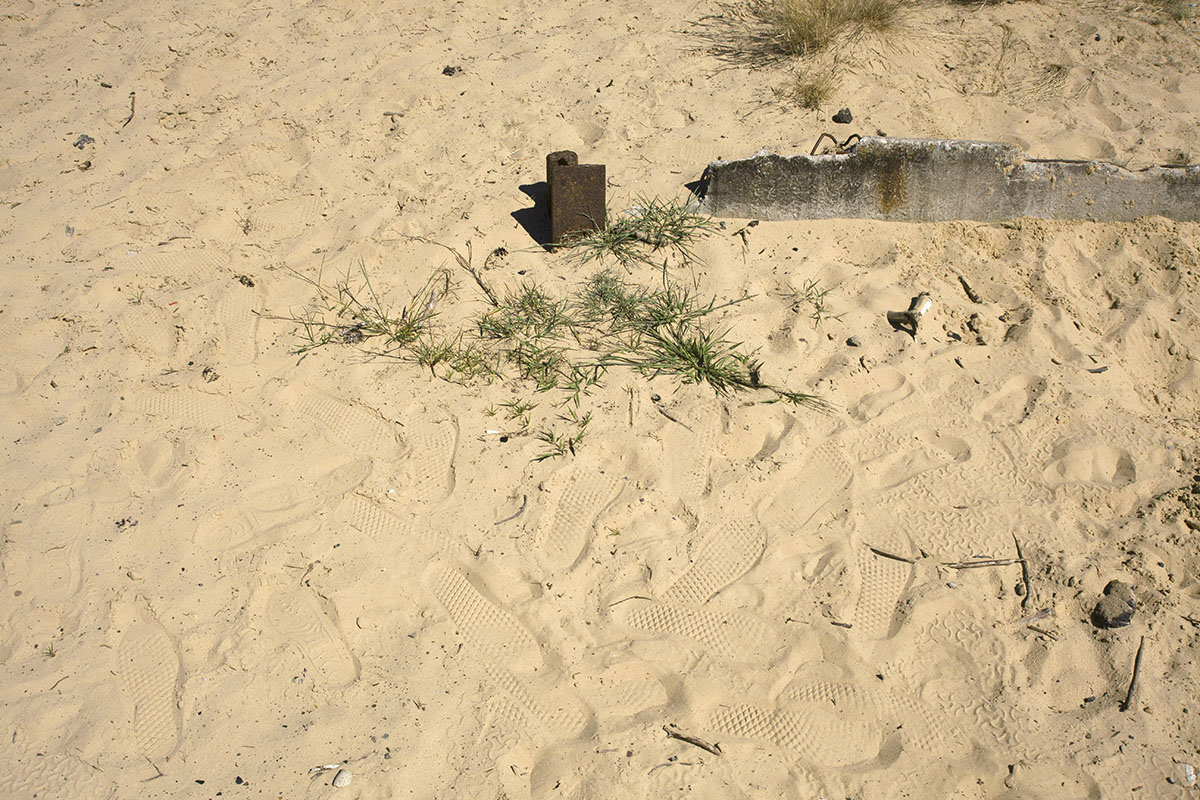 What do you hope people will take away from this exhibition? I hope that the two series raise questions through the choice of images on display on the positives of having open borders in contrast to separating a nation from a neighbouring country, or separating its own population, in the case of Berlin.

I like incorporating visual metaphors into a larger series of work. What I mean by this is a select number of images that break up the linear narrative of a straight documentary series. These are abstract, which encourages viewers to rethink the image that is on display in order to determine the meaning of these images within the greater context of the series. I love it when someone shares that they liked one of these particular images, and that they understood its significance within the visual narrative.

I’ve always felt that efforts to understand contemporary culture contribute to a better awareness of modern society. I hope that, although not everyone knows the history of Northern Ireland or has visited these places, they will still get a sense of the way of life in this part of the world from viewing my images. 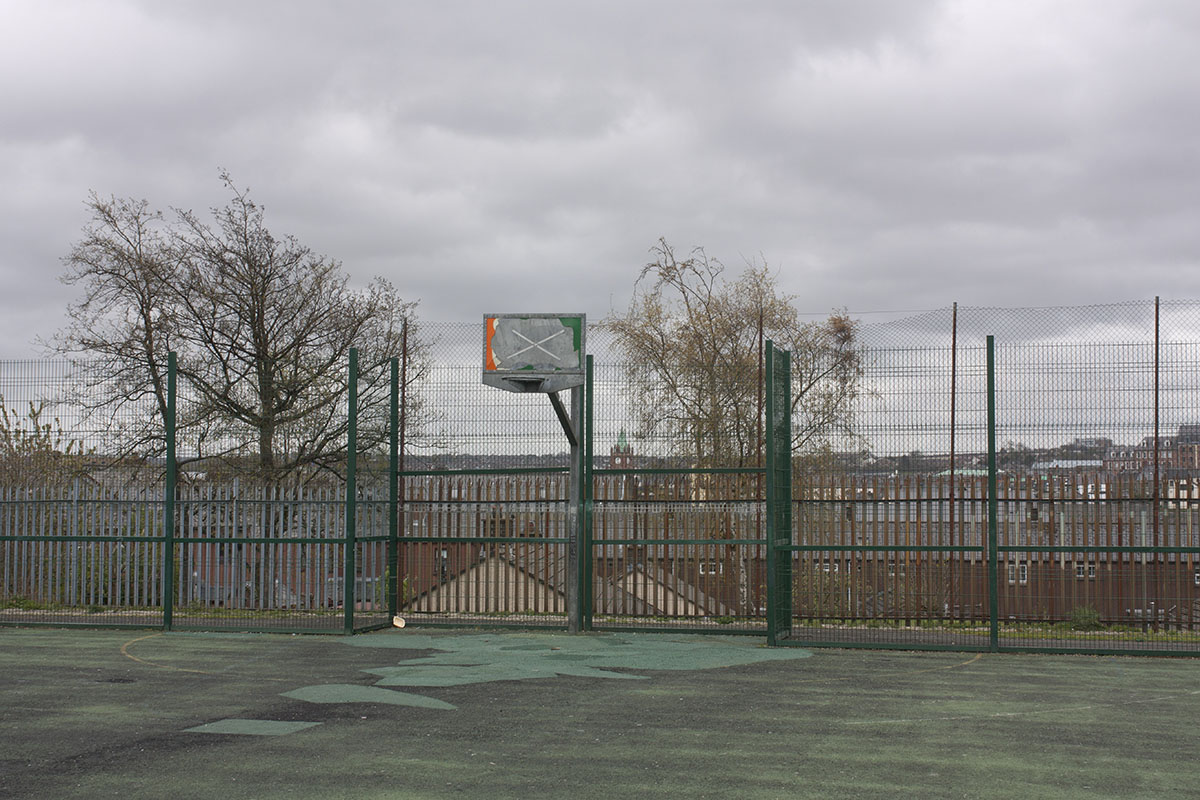 Do you have any other upcoming projects? Both series will be published separately in book form.

As unity is a pressing issue in our contemporary society, particularly regarding shifts within the European Union, I plan to create additional photographic series that focus on divided nations affected by pre-existing as well as shifting borders.

The Borderlands exhibition is on view at the Irish Embassy until January 31st, 2018, from 9:30 to 12:30 Monday – Friday and by appointment. To learn more about Valentina’s work, check out her website. For further exploration of identity and borders in Northern Ireland, check out our feature on Culture Night Belfast. 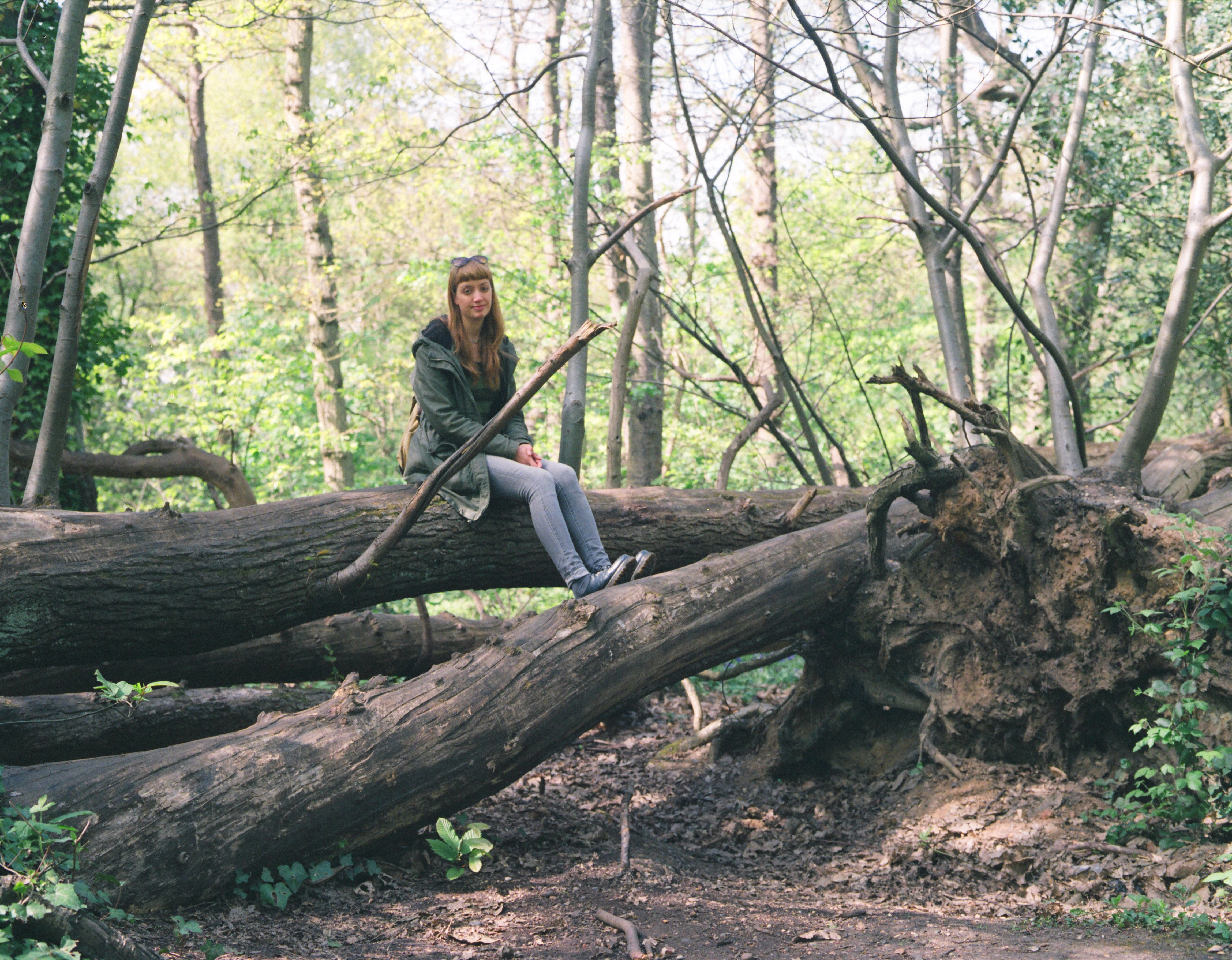