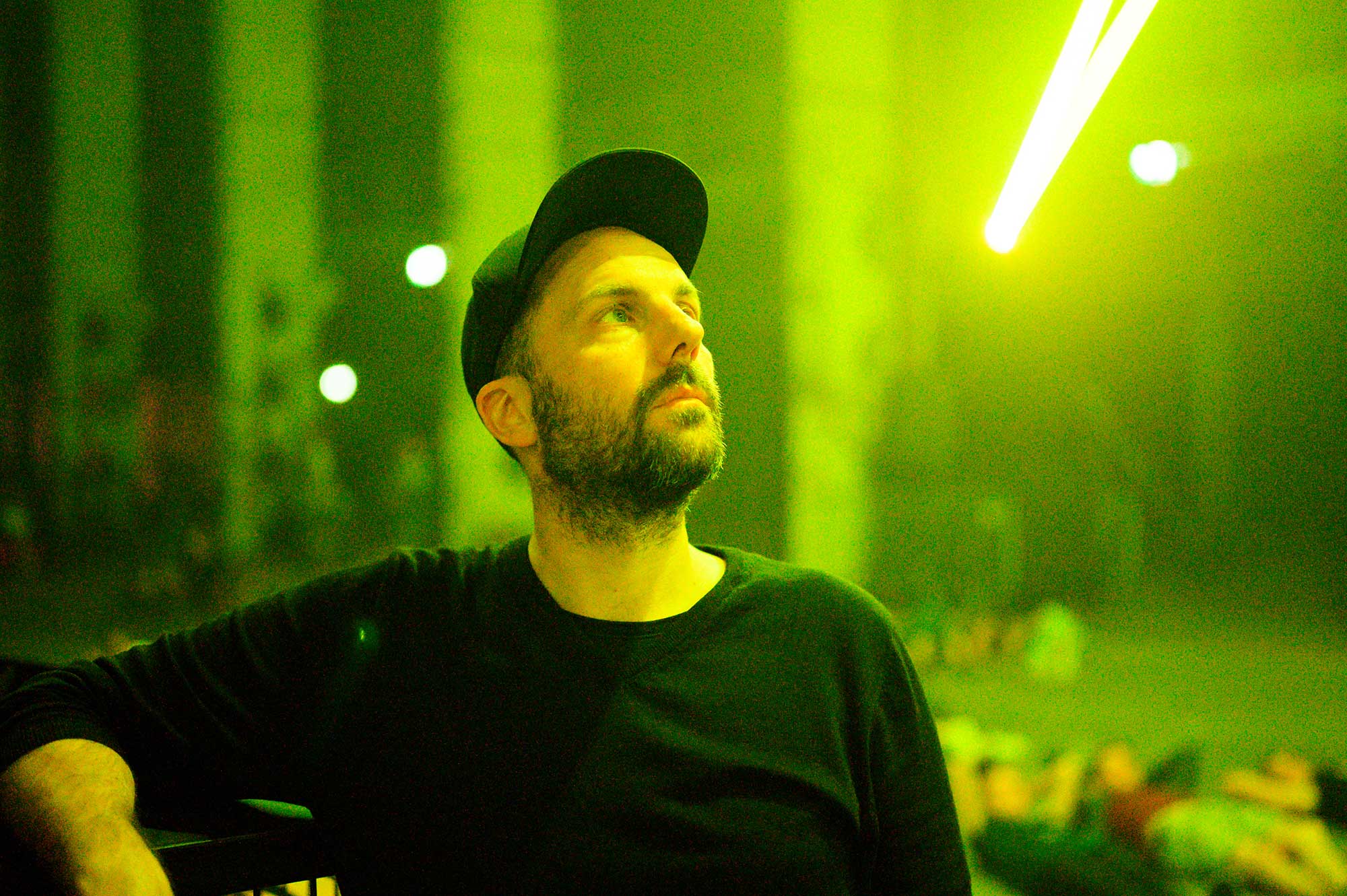 Since 1997, Berlin-based multimedia artist Christopher Bauder has been experimenting with physical versions of pixels and bytes. A lifelong obsession with light and sound led to a thriving collaborative partnership with acclaimed composer Robert Henke, yielding incredible machinist and futuristic projects, all of them instantiating a principle idea: Make the digital, physical.

We met with Christopher at his multimedia studio WHITEVoid in Rummelsberg. Inside the workspace, his team of young, industrious types are beavering away behind desks strewn with calendars, water bottles, and mobile phones. The setting appears like any other small business, and yet there is something altogether more ethereal going on than just striving to build the next big digital app.

Walking through the open office and out into the rear of the building, visitors are met with a vast lawn and flora all the way down to the spree. Across the river is the derelict Spreepark Berlin, a patch of small islands, and the Friedhof Alt-Stralau peninsula. A few swimmers are spotted in the river, not far from the dock. The building feels stuck between two ideas of corporate culture and free living. Back in his studio, Christopher explains how he found himself in the middle of it all. 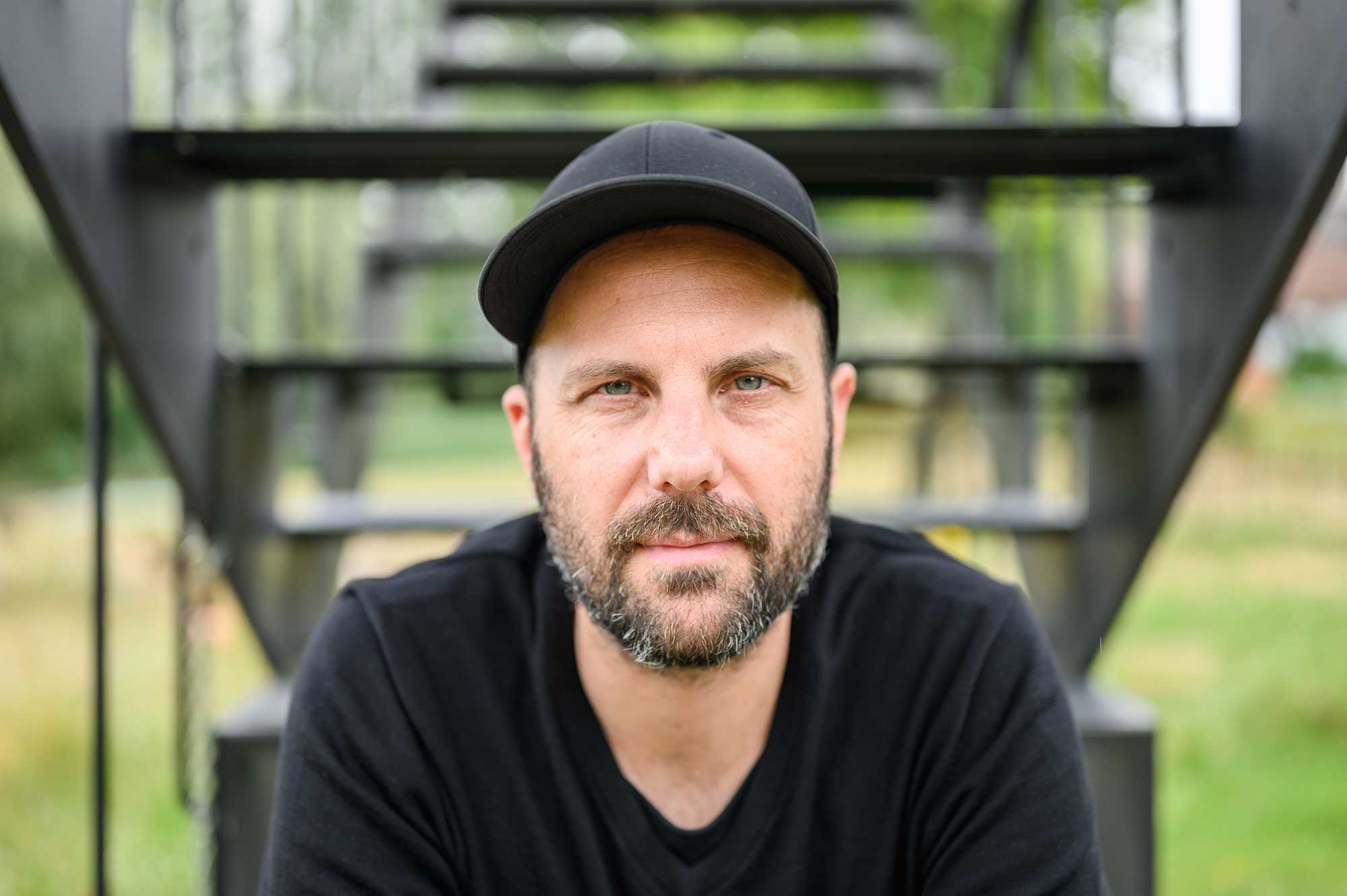 Born in Stuttgart, Christopher said he wanted to become a movie director growing up. Unfortunately, academies throughout Germany felt differently about these ambitions. “I applied to all German film schools and made stop-motion movies and mini-films to apply,” he said. “And for fun, because I was into art, I applied to two art schools. None of the film schools invited me, but both art schools accepted me. So, I said, ‘ok, maybe that’s a sign’.”

It was at the Berlin University of the Arts that he first encountered the beginnings of net and web art in 1997. Christopher developed a fascination with pixels and vectors but admits that the use of a mouse and the interface was unappealing.

“I became much more interested in the ways that light could be seen as low-res pixels,” Christopher said. “I also wanted to bring these ideas into the physical world. I wanted to put objects in physical space and explore the places between the walls and the floor.” 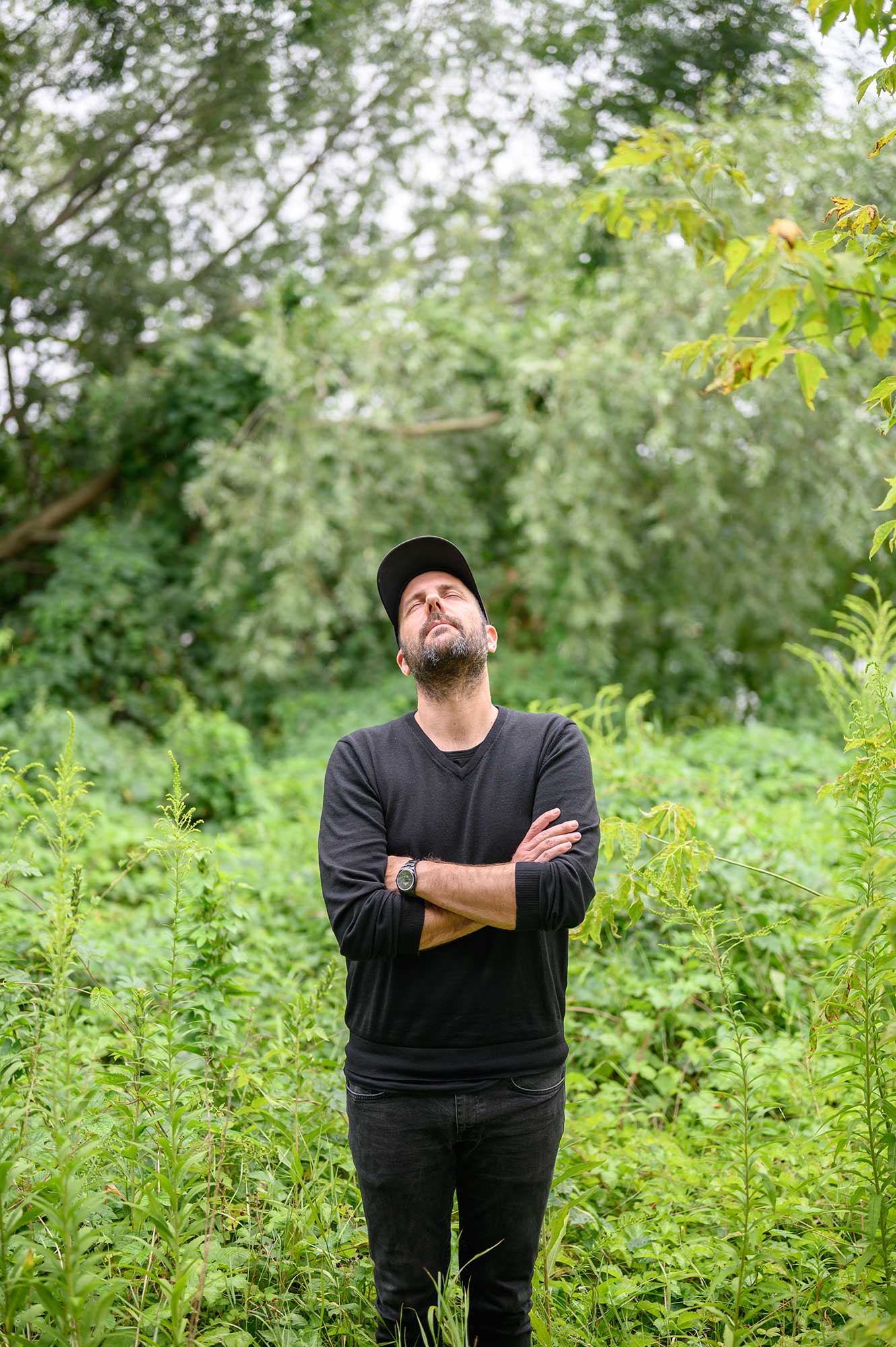 I wanted to put objects in physical space and explore the places between the walls and the floor. 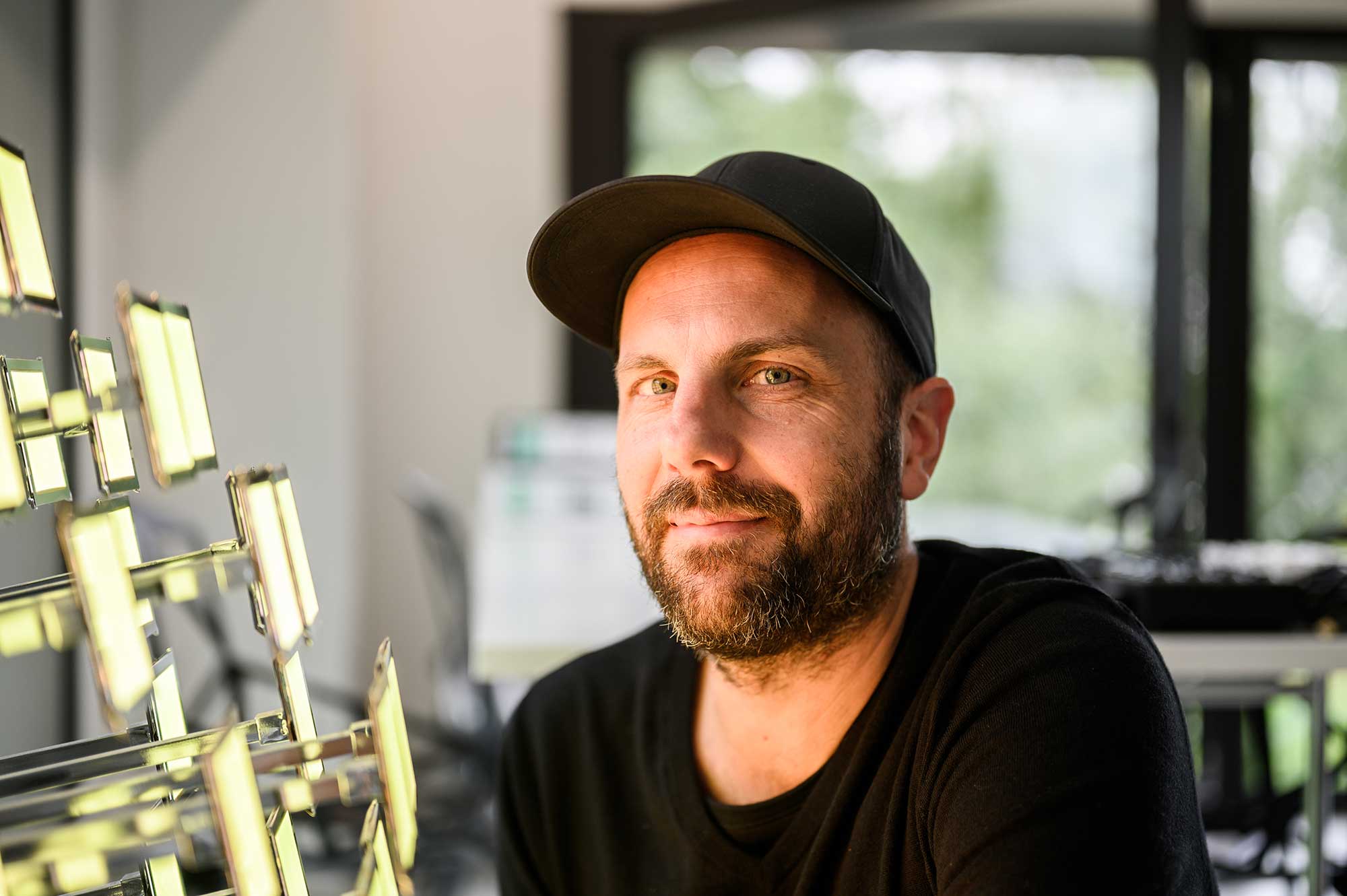 At the same time, he was heavily involved in the club scene in Berlin, with many of his friends from school DJing in different parts of the city. It was from here that he developed new ideas for the use of dark and light, as well as how visuals and audio could work together to create a more complete experience. Still in university, however, exploring these ideas was limited due to a lack of resources and know-how. It took a little time to realise them.

“My first commercial jobs in university involved museum arrangements, helping brands, and web design,” he explains. “Eventually, we needed a more professional varnish for our projects, so we created WHITEVoid.” In 2005, a year after launching his studio space, Christopher was able to merge many of his influences in a project called ATOM. The installation combined an array of 64 gas balloons, music, and lasers – all of which would become staples in later exhibitions.

It was also the first time that Christopher worked in tandem with Robert Henke, the famed electronic musician and co-creator of Ableton Live. But when he first introduced the ATOM project to Robert, the composer wasn’t particularly interested in the idea. That was until he visited Christopher at his studio and saw the handmade motors and machines that were to be used to lift and pull the matrix of balloons. He was blown away, and within a week of rehearsal ATOM was up and running, touring globally until 2012. 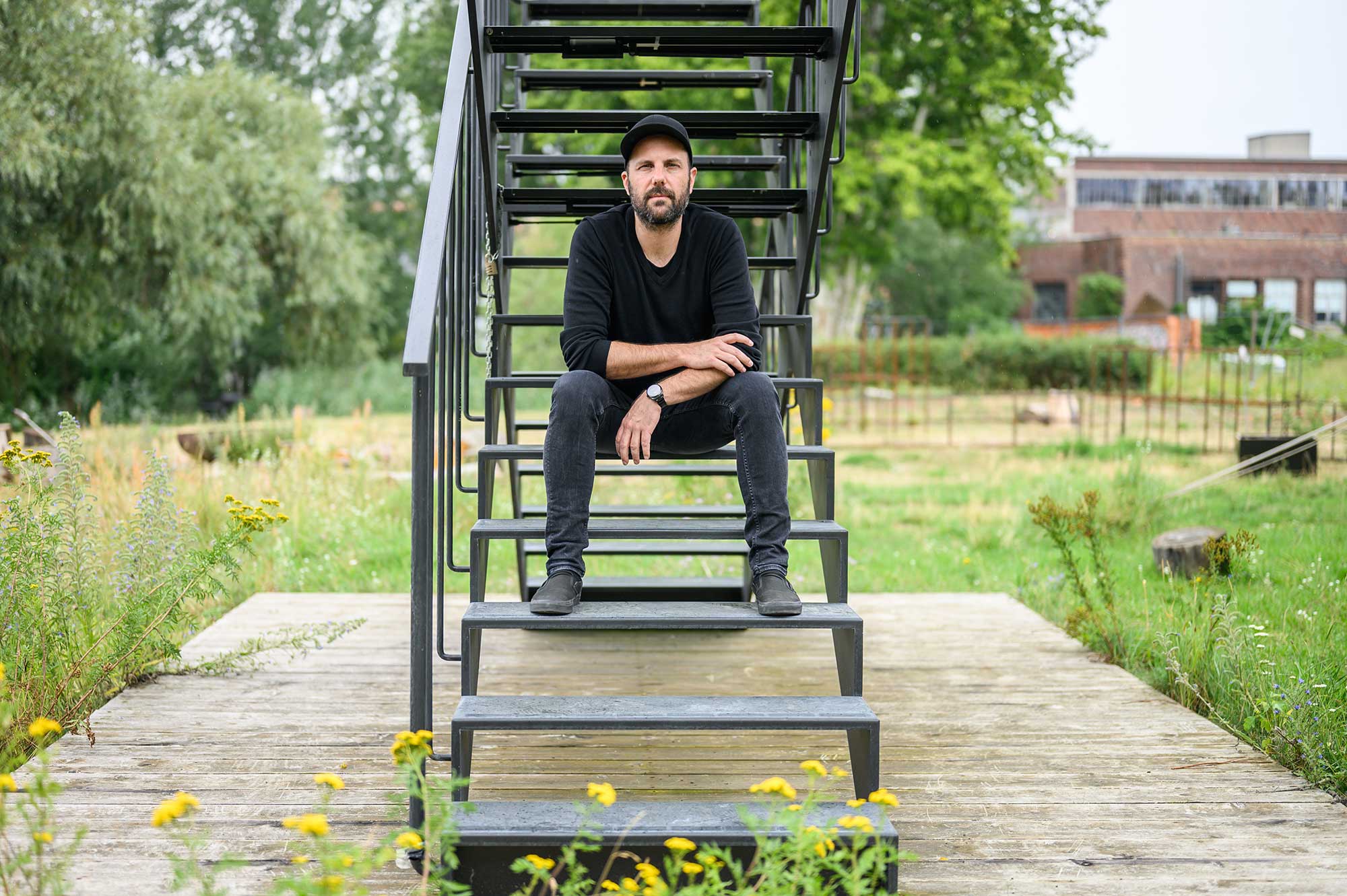 Since ATOM, Christopher and Robert have worked on 3 projects together. For 2018’s stunning and widely acclaimed SKALAR Christopher collaborated with Kangding Ray. Throughout each installation, the fascination with light, sound, and physical space remain a centrepiece. In 2014, Christopher and his brother Marc produced Lichtgrenze to celebrate the 25 years since the fall of the Berlin wall. Lichtgrenze remains one of the most well-known displays to come out of WHITEVoid.

For the installation, they attached balloons of light to steeples along 15.3 kilometres of the middle portion of the wall. After eight months of preparation and hundreds of man-hours, Christopher, Robert, and their team assembled a group of volunteers to set the pearl string of balloons free into the night sky. The piece earned the duo the Berliner Bär cultural prize in 2015 for “the most beautiful symbol of the 25th anniversary of the fall of the Berlin Wall.”

In 2016, Christopher and Robert launched DEEP WEB at the CTM festival. The massive audiovisual immersion captivated audiences and became the festival headliner before moving onto Lyon for the Fête des Lumières the same year. The installation consists of numerous orbs of light dangling from the ceiling, their colour changing between red, blue and green. The orbs rise and fall, varying in height as light is beamed at them from the sidelines. Robert’s rumbling electronic soundscape completes the scene superbly. At times, the spheres align to create the spine of an underwater beast whipping through waters unseen. At other points, constellations create webs which fall and shutter to the rhythms of the music. 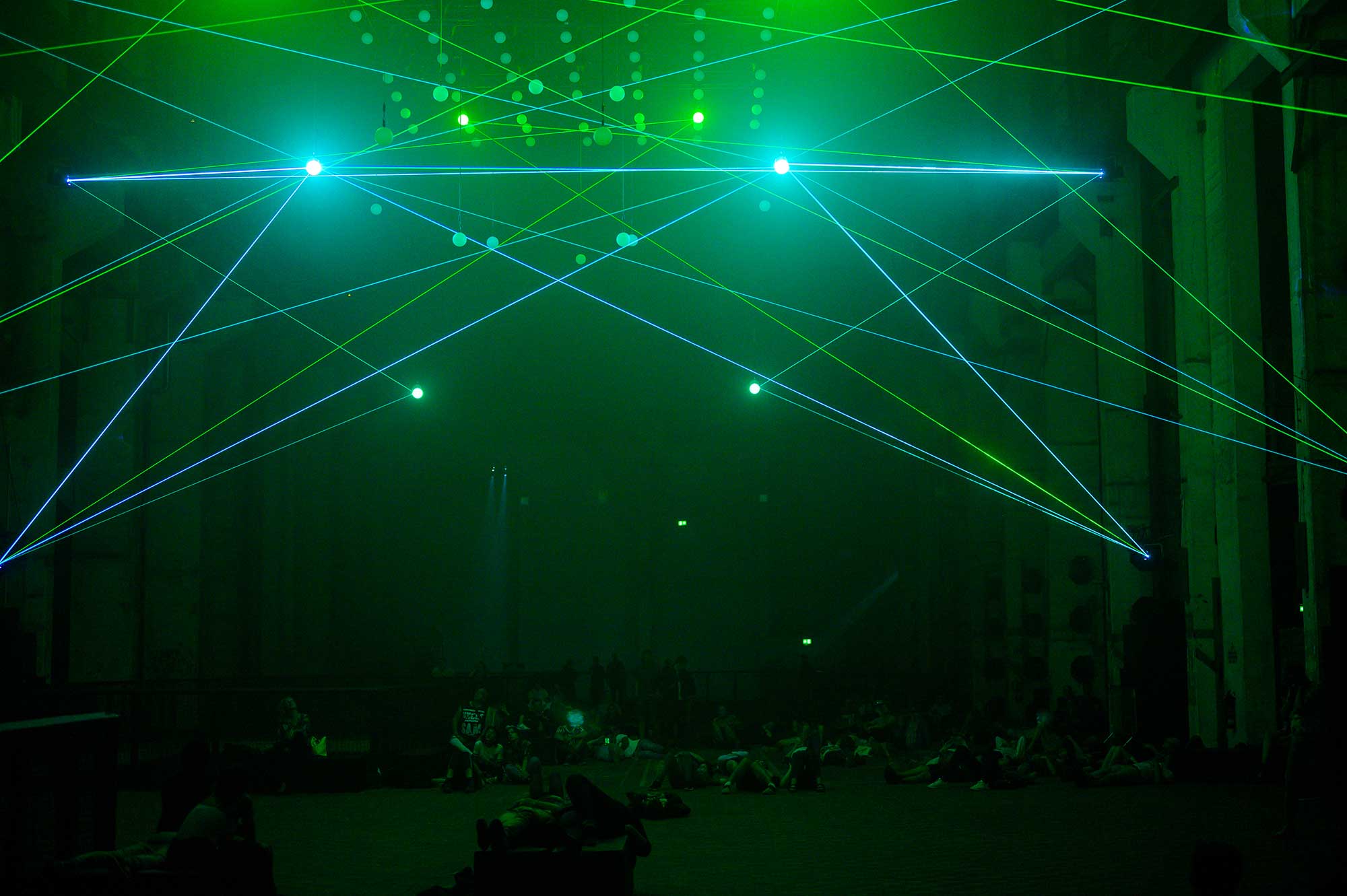 We were heavily influenced by sci-fi from the 80s, like TRON. 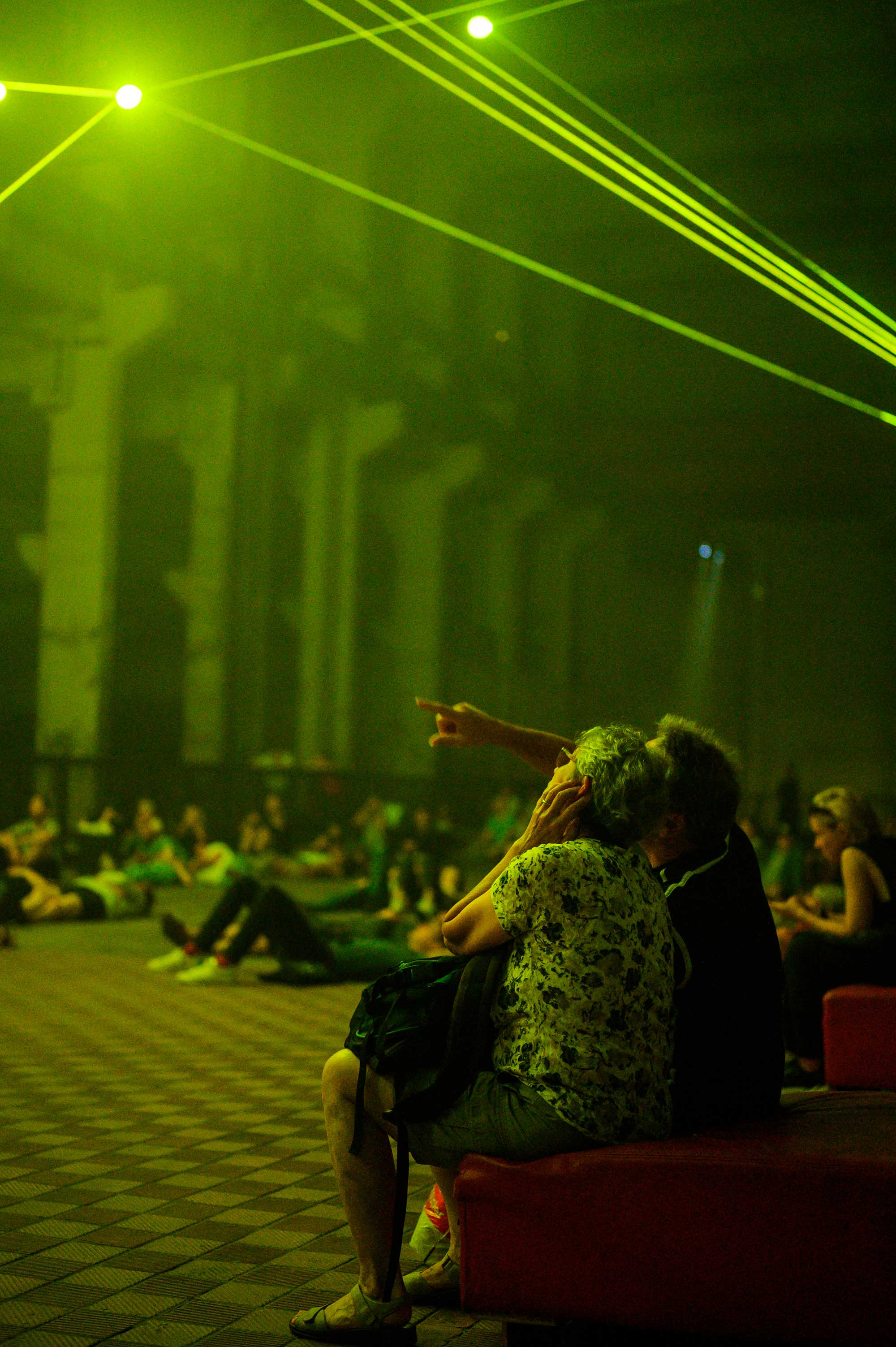 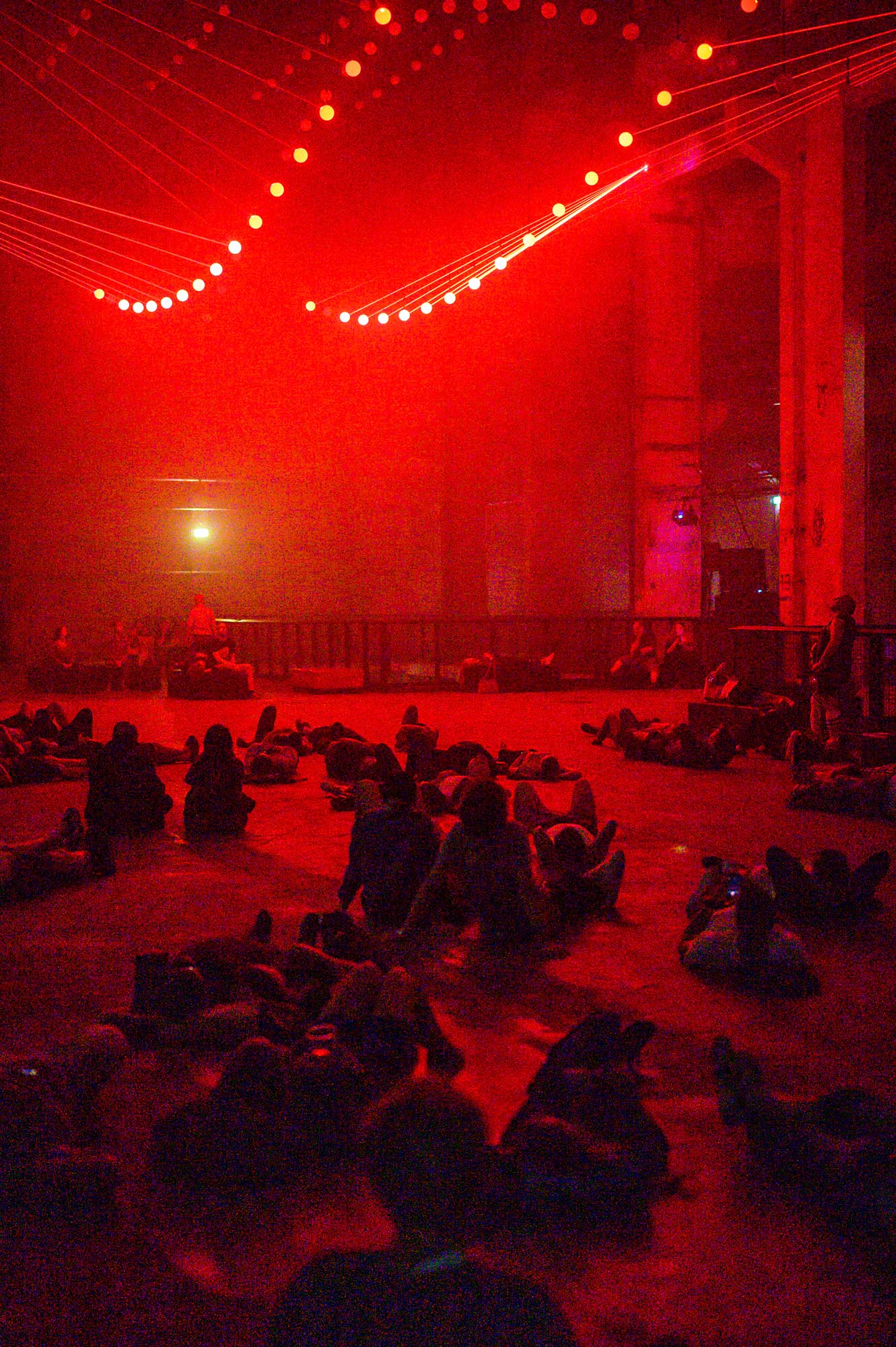 DEEP WEB is now installed at Kraftwerk, after three years of refining and polishing. “It was the process of a lot of experimentation and making mistakes. We were heavily influenced by sci-fi from the 80s, like TRON, but the piece is entirely open to interpretation.” The cavernous, imposing and stark concrete of the old power plant is the perfect backdrop to the futuristic, alien-like display of light and sound. The show will run in the venue until August 23, and like last year’s SKALAR, it’s one of the essential experiences of the summer in Berlin.

As for new projects, Christopher has more than a few ideas. Unfortunately, none of them are available to the public and he’s keeping them close to his chest. For sure, we can expect more play in the genre of kinetic visuals and performance, but until they’re unveiled we’re being kept in the dark. We can’t wait to see the light.

DEEP WEB is running in Kraftwerk until August 23. For more information visit the DEEP WEB site. Regular tickets run for €12,50. For students, berlinpass holders, seniors, and the disabled, tickets are €9,50.

There are also live performances on select dates which cost €27.50. These performances push the installation to its limits as Bauder and Henke experiment with the immersive experience. 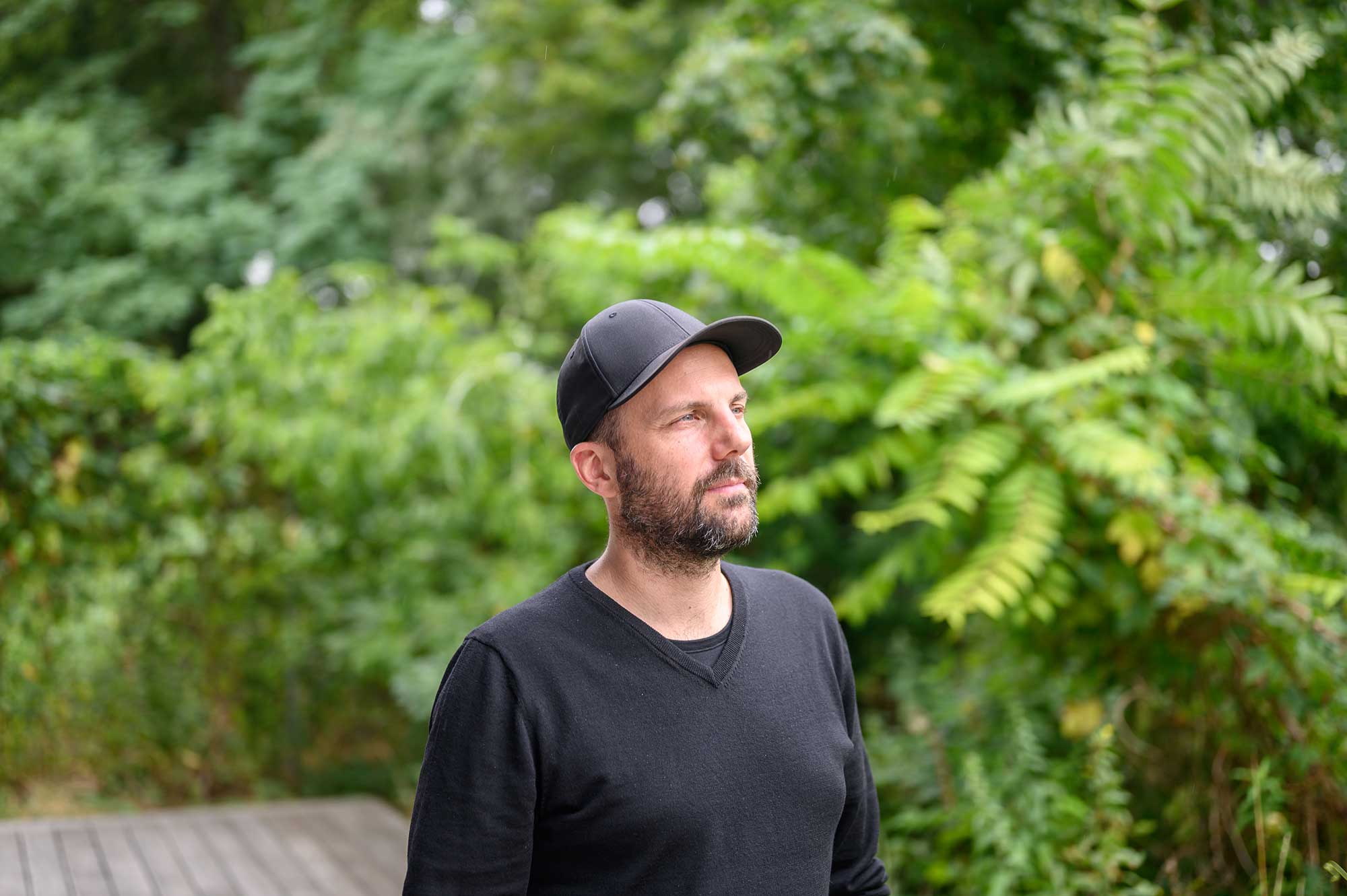