The creative ways the art scene is adapting this year, and how to see it happen

In the wake of a rapidly changing cityscape, Berlin Art Week has significantly adapted its program. Although some of the classic fixtures won’t be happening this year, the city will still be bubbling with individual openings and events, an outdoor award ceremony, the re-opening and re-purposing of classic venues and spaces, and a digital program that will make this year a truly unique one for the art scene here in Berlin.

The ninth edition of Berlin Art Week promises to be a week full of diverse events, openings, and creative solutions to the problems posed by the pandemic. Taking place from 8th-13th September, Berlin Art Week is happening in concert with Gallery Weekend, meaning that there will be plenty of opportunities to showcase creatives and artists. In order to ensure the safety of attendees and participants, a more digital, open-air, and decentralized approach is being taken this year.

In addition to the long list of exhibitions, events, and group shows that will populate the city, Berlin Art Week has also digitised some content in the form of the Journal, a text-based digital space dedicated to exploring relevant issues in the art world through interviews, features, focus pieces on participating artists, and exhibition reports. Additionally, the Playlist is an audio and visual platform that will interact with Berlin Art Week’s programming live throughout the week. Although we’ll all be missing some of the standby classics, there is still an exciting program from the week. Here are some of the highlights. 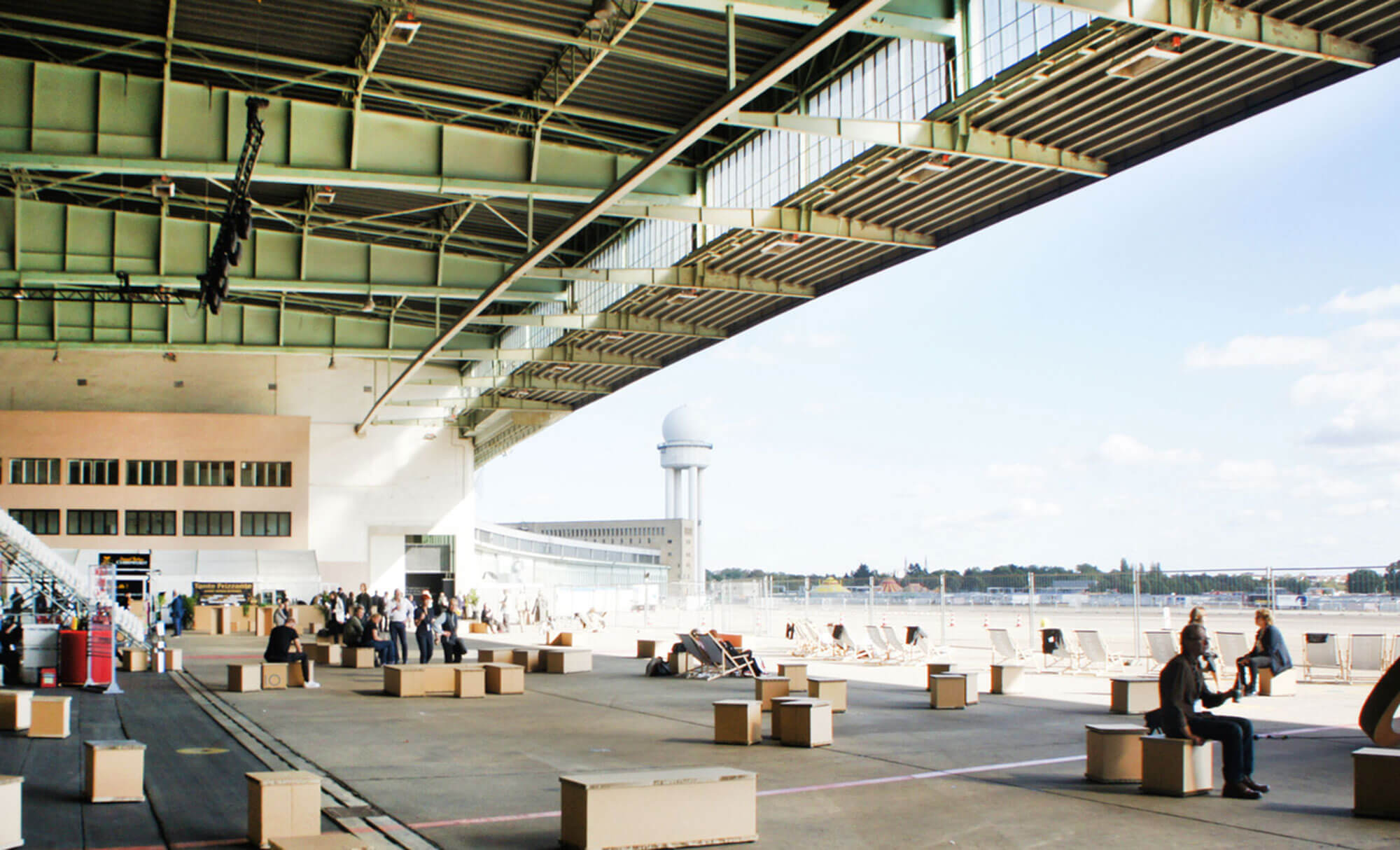 After last year’s news that Flughafen Tempelhof would no longer play host to ABC Art Berlin, it became clear that 2020 would be different. In the wake of losing Berlin’s most well-known art fair, Positions Art Fair has taken the helm as the only contemporary art fair of the week. Although there was some skepticism over whether or not Positions would be able to survive the blow, they have come through with over 130 participating exhibitors. Flughafen Tempelhof will once again be a hotspot for the commercial side of Berlin Art Week, open to the public from Friday September 11th through Sunday September 13th, also accessible digitally.

Similar to the news that ABC Art Berlin wouldn’t occur this year was hearing that the Berlin Art Prize would also take a hiatus. Another staple of Berlin Art Week, the Berlin Art Prize has, in the past, chosen nine artists to exhibit in nine different galleries or project spaces across the city, ending in an award ceremony. Although this event will be missed, a unique solution to the safety concerns posed by the pandemic has come in the form of Berlin’s other major art week award, the Project Space Awards. The ninth edition of the award will be handed out on Thursday, September 10th from 18:00-20:00 in the form of an awards ceremony ‘in motion’. The winners will begin at their individual locations and be taken on a rickshaw ride throughout the city. Spectators are invited to watch safely during this outdoor spectacle, culminating in the invitation-only award ceremony (also being streamed live) at Kunstpunkt. This celebration of the city’s most diverse artistic spaces is just one of many ways that the art world is adapting this year. 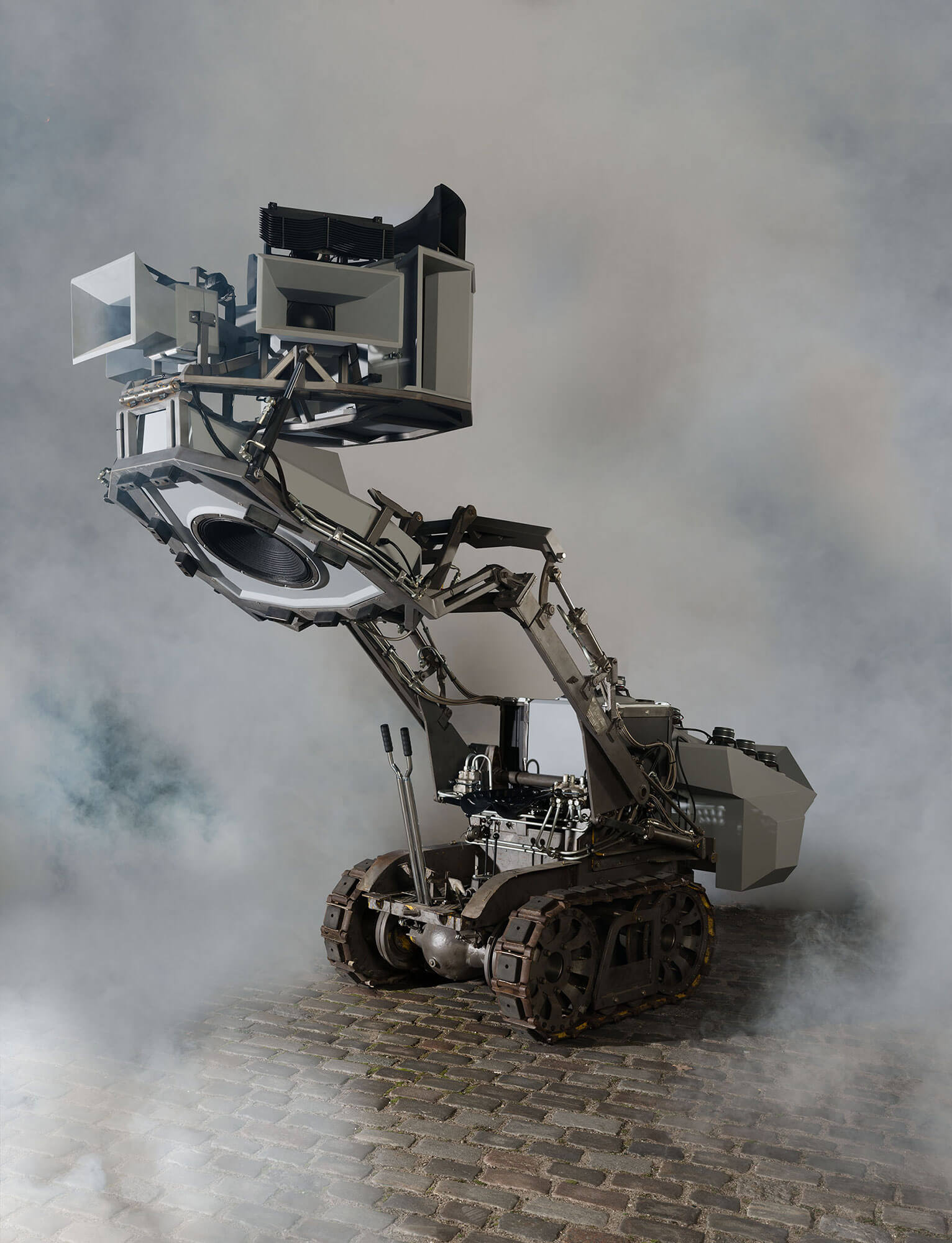 Berlin Art Week’s decentralised concept, combined with the additional participation of Gallery Weekend, has lent itself to a huge amount of solo shows and exhibition openings taking place throughout the week. Classic larger galleries like the Hamburger Bahnhof, HKW, and Berlinische Galerie are all participating with heavy-hitting lineups per usual, but some of the most interesting exhibitions can be found in mid-level galleries around Berlin. Here are a few choice selections of exhibitions you shouldn’t miss. The complete program of participating galleries and project spaces is available on Berlin Art Week and Gallery Weekend Berlin’s websites.

Nina Canell- ‘Dits Dahs‘ at Galerie Barbara Wien and Daniel Marzona
Galerie Barbara Wien and Daniel Marzona are both showing works from Swedish artist Nina Canell. Canell’s work explores the movable, unfinished nature of matter. Her sculptural practice revolves around process, placement, loss and gain, traces and transfer of energies. ‘Dits Dahs’ is a reference to Morse code, referring to the two different signal durations, generally spoken aloud as dots and dashes, or dits and dahs. Canell highlights the materiality of proverbial dots and dashes themselves, but also explores the gaps in-between. Her focus on real-time presence and process in her sculptural practice gives agency to the materials and the resonations they produce in the viewer.
Exhibition at Galerie Barbara Wein: Sept. 09 – Nov. 11
Exhibition at Daniel Marzona: Sept. 11 – Oct. 24

Philippe Parreno- ‘Manifestations‘ at Esther Schipper
Gallery Esther Schipper presents its eighth solo exhibition by Philippe Parreno. The exhibition utilizes varied forms of media, including a granular soundtrack, a CGI film, atmospheric sensors, robotic systems, computer code, ice and water. It presents various ‘things’ that are seemingly disconnected from one another, yet unified within the exhibition as an assemblage of objects that appear, disappear, interconnect, or act in unpredictable ways.
Opening Reception: Sept. 11; 6–9pm
Exhibition: Sept. 11 – Oct. 17

Buchmann Galerie presents the works of Clare Woods in ‘If Not Now then When’, a series of new paintings of still-lifes that explore the themes of fragility, mortality and urgency during a time when themes like sickness and cruelty are circulating. Also featured are the striking industrial sculptures of Bettina Pousttchi from the workgroup ‘Vertical Highways’. Fluentum is presenting ‘Sender and Receiver’ by Christian Jankowski, a work dedicated to giving essential workers a platform. Finally, the Kindl has a full program of opening and events, among which ‘Schizo Sonics’, an exploration of sound as weapon by Nik Nowak, will be featured. 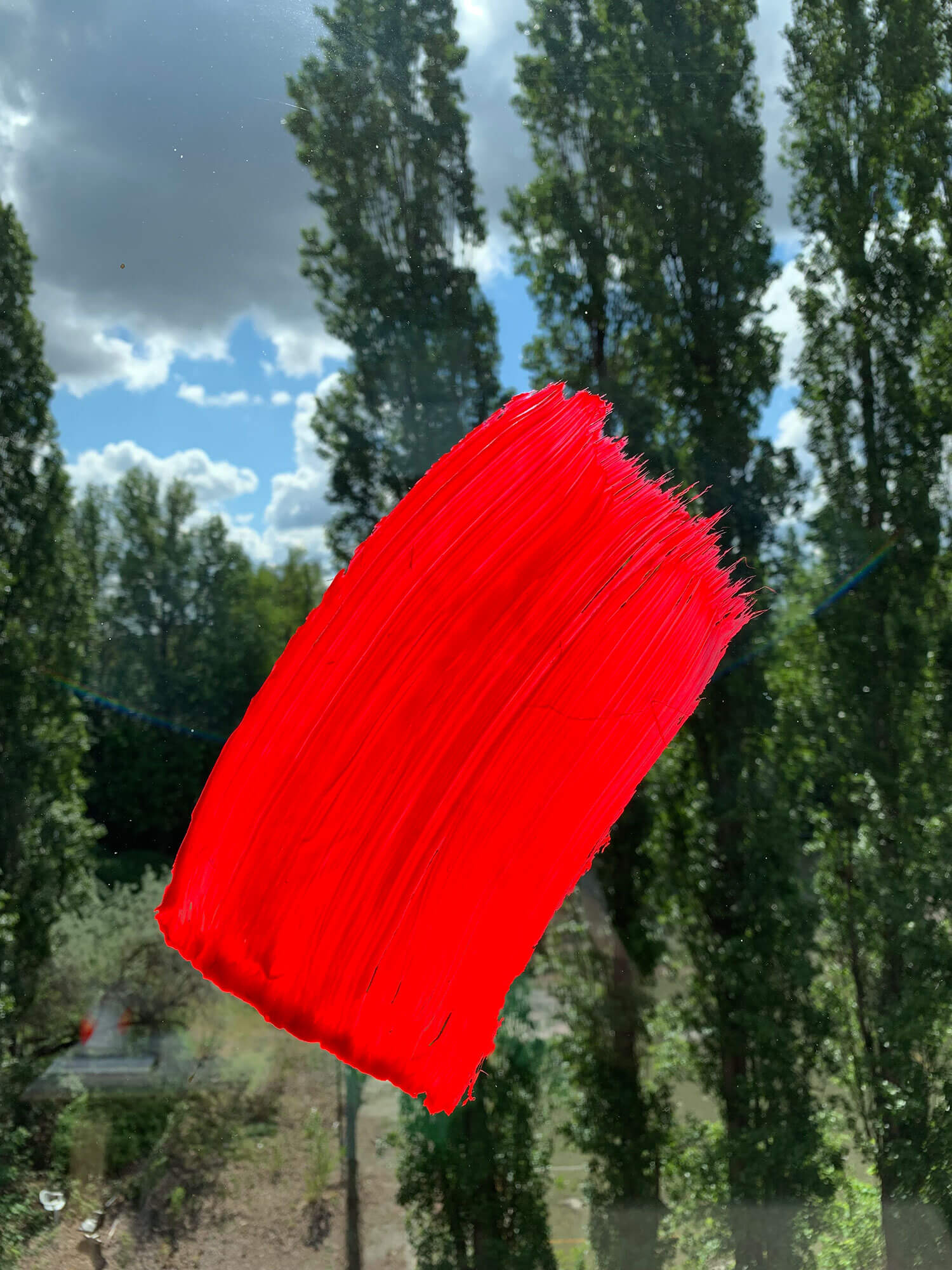 Group Shows and Other Events

This year the Berlin Art Week program is also packed with interesting group shows, open airs, and non-traditional takes on the art show. Here’s a short list of some unconventional uses of space and interesting collaborations coming up this week.

‘K60‘ at Wilhelm Hallen
Seven galleries who are participating in Gallery Weekend Berlin – alexander levy, BQ, ChertLüdde, Klemm’s, Kraupa-Tuskany Zeidler, Plan B and PSM – will be a part of the exhibition, which will take place in the newly renovated Wilhelm Hallen. The enormous space is a former iron foundry. The works of 23 artists will be exhibited, showcasing all mediums, including video, sculpture, painting, and mixed media installations.
Exhibition: Sept. 09- Sept. 20; 12:00-19:00 UHR

‘STUDIO BERLIN’ at Berghain
Famous techno club, Berghain, will be using its enormous space to present the works of over 80 artists who are living and working in Berlin. The Boros Foundation is presenting this impressive range of works, which span across all mediums, from the visual to the audio, to everything in between. The installation is meant to explore the current situation that contemporary artists find themselves in and highlight the studio as a space for both contemplation and production.
Exhibition open to the public from Sept. 09

Another notable group show is happening in Moabit at an open air event and installation, Werkhof L57. Similarly, the unofficial Berlin Art Week ‘pre-after party’, Rebounder, combining an open studios event, music, literary performances, and an exhibition, is scheduled for Sunday at Exgirlfriend Gallery. Finally, many of the neighborhoods will have tours of participating galleries within the kiez. Tour Kreuzberg looks like it has a particularly interesting line-up.

Berlin Art Week, although looking very different on paper than in previous years, has a program filled with creative solutions to our strange normality, promising to make this year an interesting one above all else. 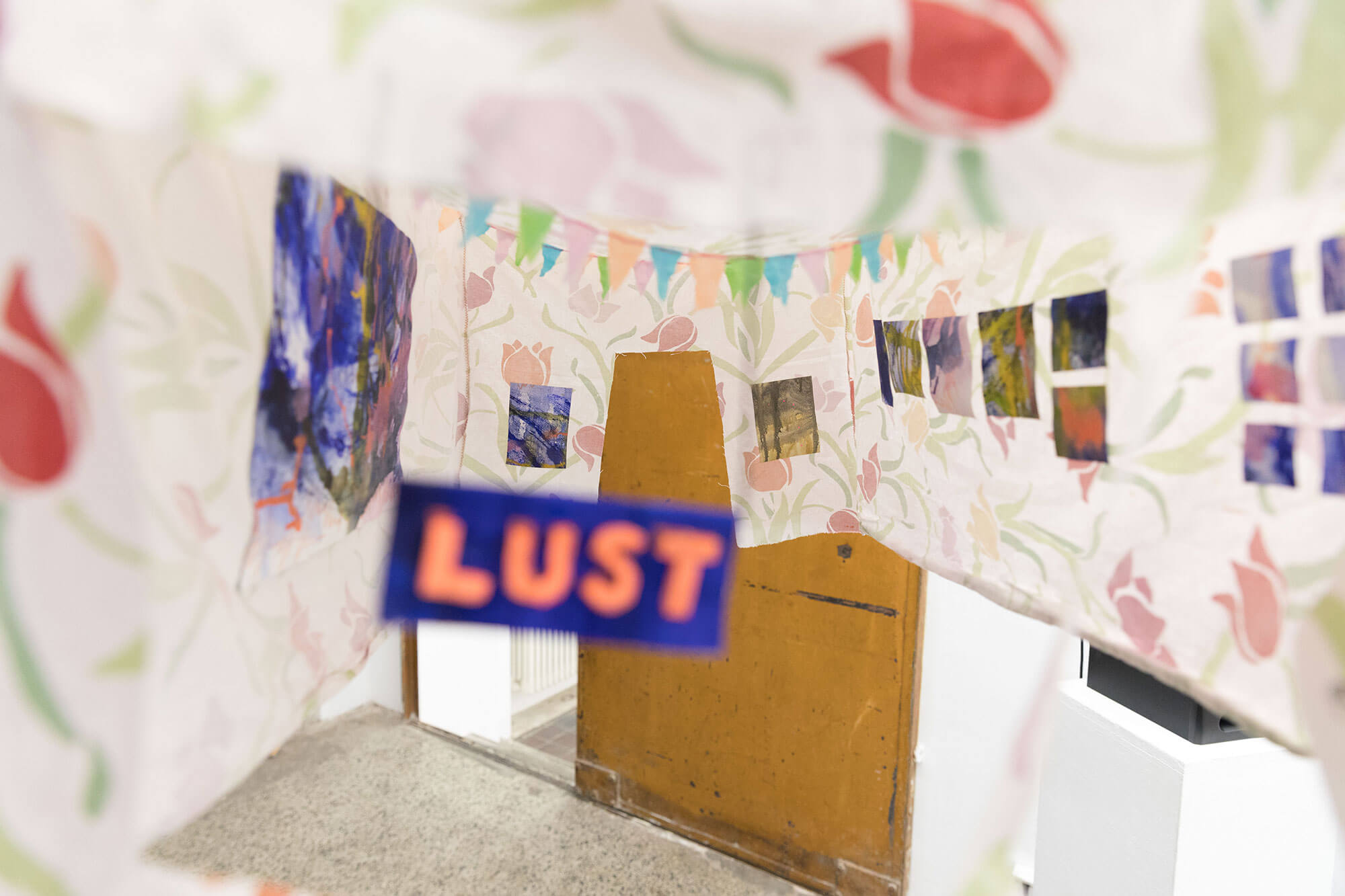