A glimpse into the artist's distant pop galaxy 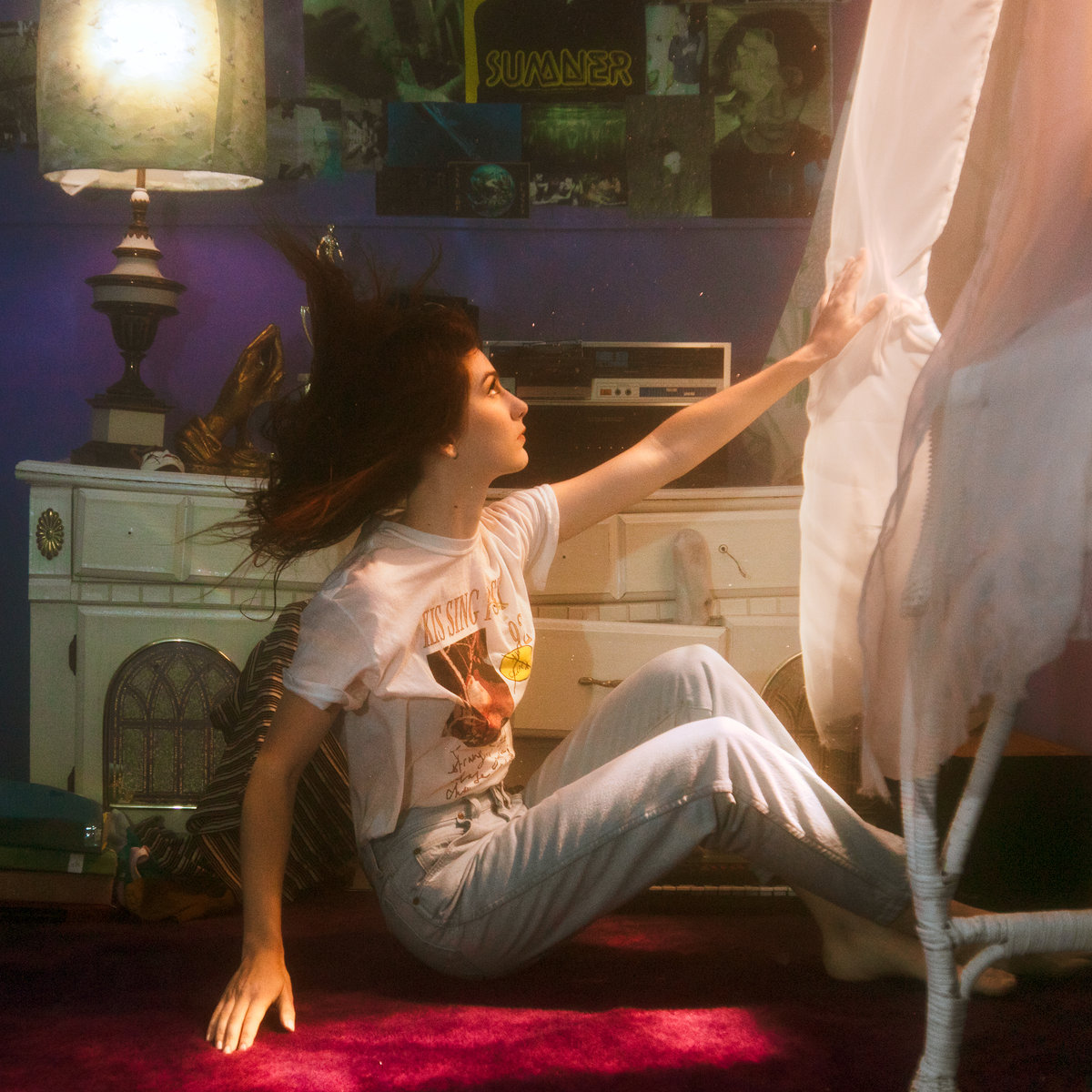 The shiny, turquoise suit that Weyes Blood, aka Natalie Mering, wears while lying on a dirty, desolate beach on the cover of her previous album Front Row Seat To Earth, gives the feeling of her music itself: a lush and deserted soundscape made of glitter and lonely sea tides.

Weyes Blood’s California Sixties folk sound and special taste for ancestral melodies and poses have made her a cult character in indie music in the recent years. However in her latest release she reveals a soul more oriented to pop and immediate melodies, rather than the religious austerity of her previous records in which she was constantly surrounded by organs, her many layered voices and some kind of holy, still atmosphere. In her new album, Titanic Rising, she almost recalls the magic of Harry Nillson and Todd Rundgren and the two anticipated singles are a beautiful proof of it.

We met with Natalie to talk about her upcoming show at Berghain Kantine on April 27th and how she created that stunning underwater cover art. 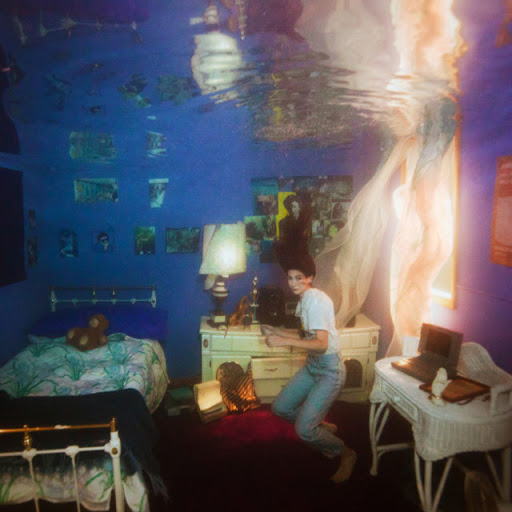 We’re madly in love with the cover art for your new single – it’s both surreal and nostalgic. Where did you get the ideas from and how did you realize them? I see the bedroom of a modern day teenager as somewhat of a sacred place, where the initial formation of cosmologies begin, through strange forms of solitude and worship of movies and music… submerging it underwater was a big undertaking, but I felt like that’s where that proverbial room belonged– if the water is symbolic of our subconscious then of course this imaginary bedroom would be submerged there.

Where did your project name come from? We can also see a ‘red thread’ in most of your videos and their depiction of blood. Can you tell us more about that? Weyes Blood comes from when I was a wee lass and read Flannery O’Connor’s Wise Blood – the book had a big impact on me, I found it to be very relatable and mesmerizing. A southern gothic masterpiece. The idea that the blood is passed down from ancestor to ancestor, never dead, reaching back into the deep reaches of time… very poetic notion. So I like to put blood into the imagery when it makes sense. It’s a very visceral substance.

If the water is symbolic of our subconscious then of course this imaginary bedroom would be submerged there.

With your image and stage presence, you merge a kind of irony and sense of humour with an inner fragility. Do you think indie music needs more of this humour and surrealism? I definitely think everything could use a big dose of surrealism, being a big fan of its rewards, but I try not to be too ironic. I think we misunderstand irony, it’s now commonly accepted as “sarcasm”- but I’m pretty sure before that definition took a strong hold irony was more like the words synchronicity, mystery… it was about bizarre paradoxes and incongruity. That’s what I’m into, more so than the sarcastic approach… I’m actually very sincere. Sometimes that can read as sarcasm in a world where sincerity can feel markedly absent.

One of our favorite clips of yours is probably ‘Seven Words’. Could you tell us about the climax shot when that man in the car sticks an octopus in your mouth? He realizes I’m a mermaid and just need some good ‘ol cooking from “home” to get my tail back.

A brighter sound and more direct arrangements can be heard in your new material. Was it a natural shift or are you consciously trying to create more accessible music for your public? It was natural – I’ve always wanted to make music that most people can understand, not out of a desire for success, but out of a desire to shed all my elitisms one by one that no longer serve a grander artistic purpose. I’ve been in underground music for almost 15 years tinkering around with cassettes, lo-fi production, cultish obsessions, and rejection of all mainstream culture. It’s nice to let go and just try to make beautiful music with no pretense. No worrying if something has lost its “cool”. Coolness is like a protective sheath that I’ve been hiding inside my whole adult life. As long as I stay honest to myself I slowly let go of boundaries, and what comes out is not resting on its laurels but taking risks towards expansion.

In a sentence: A siren chant from an ancient past that will drive you into the future.