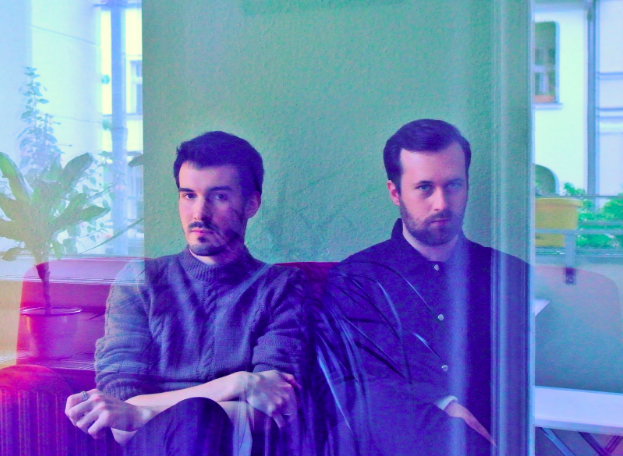 It’s hard to believe that Szalazar has been around for barely two years. The duo, comprised of Francisco Gonçalves Silva and Robert Paul Gardner, began making timid entrees into Berlin’s music scene at the end of 2017, with a smattering of silky synthpop songs anchored by Francisco Gonçalves Silva’s broodling vocals. Eighteen months later, Silva’s voice is still a compelling touchstone – reminiscent of a less burdened Ian Curtis or a more sombre Diamond Rings – but Szalazar has refined its sound, sculpting analogue synths and vintage drum sounds into a distinct retro-futurist chillwave aesthetic. This is music meant to be enjoyed in the darkest corners of a fog machine-drenched goth club – join them on the dance floor at ACUD Macht Neu this Friday for their EP release party. Fans of Boy Harsher, Drab Majesty, and yes – Joy Division – will not be disappointed.

In a sentence: Let the good times roll!