Contemporary art events to knock your socks off 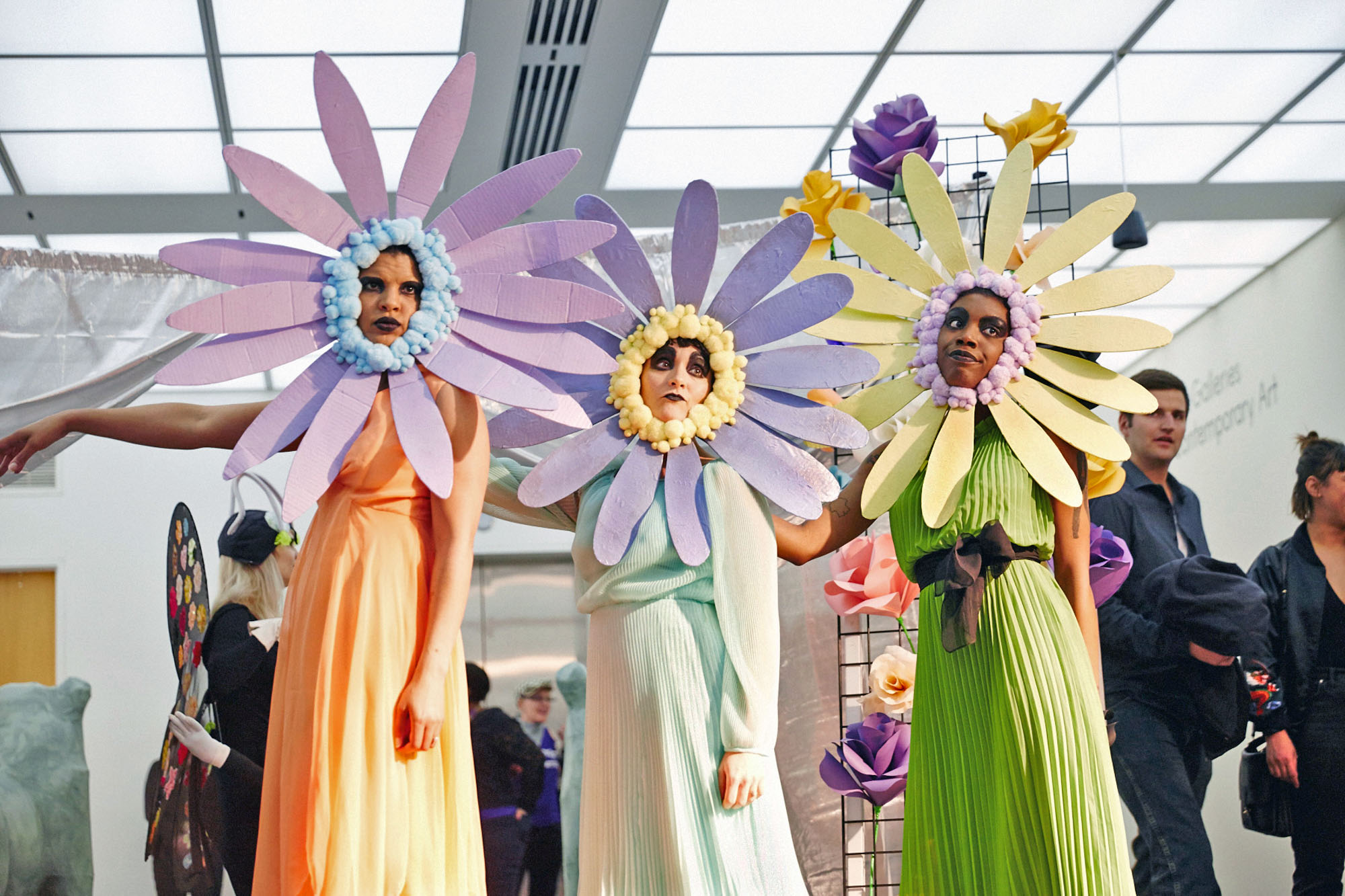 Change is in the crisp spring air and artists have something to say about it. Come out from your winter hibernation and check out these Berlin art events for some fresh perspective.

From graffiti to lectures to videos, artists are wrestling with current social and political climates in their work. With interdisciplinary approaches, our recommended exhibitions reflect the contemporary artist’s role of social critique and commentary. Enjoy theatrical, provocative, and strange reflections on our times of social change. 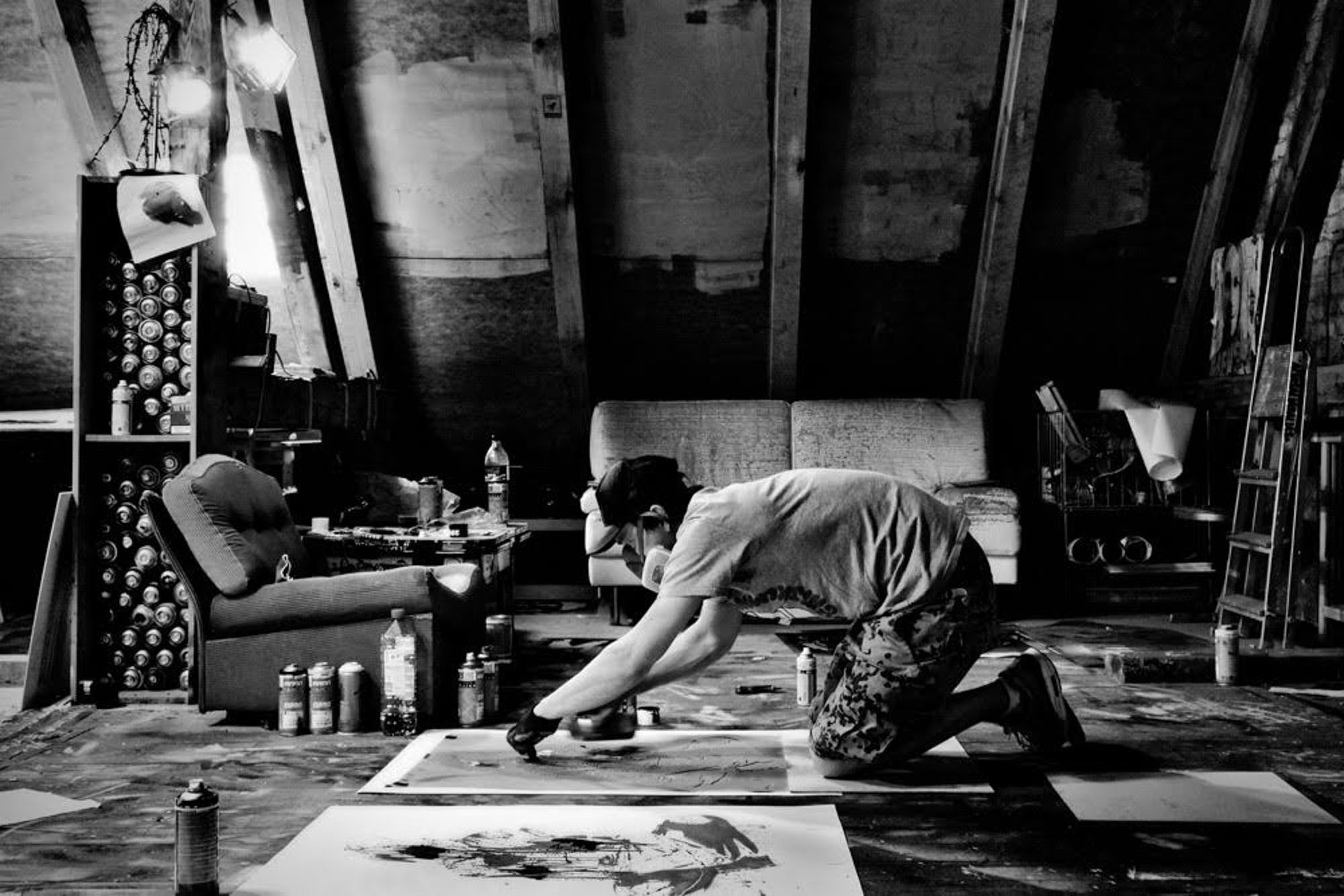 The artists, Levalet, ALIAS, Madame, SP38, Vermibus, Jordan Seiler and Thomas von Wittich, all have a common dedication to creating conceptually rebellious and compelling work. We interviewed photographer Thomas von Wittich and you can learn more about his work with secretive Berlin graffiti crews in our feature, but what better way to get acquainted with his work than up close and personal? Come all ye street art lovers and get a glimpse of the street from inside the curated walls of a gallery. 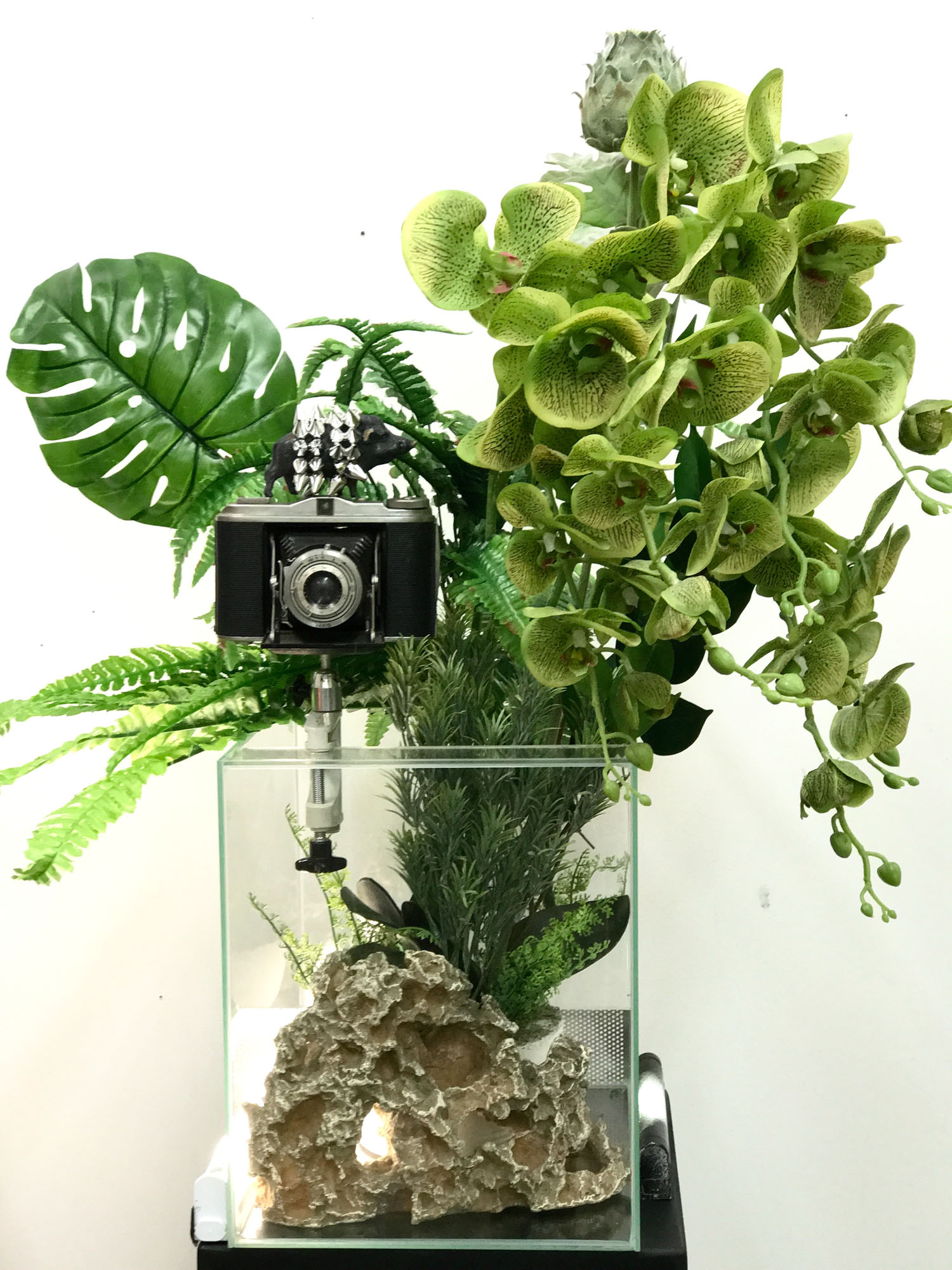 Plant of Justice by Nina Schönefeld

Animal fur, computer screens, tribal rituals, howling wolves, and fetish necklaces. Interested? Check out the first solo-exhibition by Nina E. Schönefeld at coGalleries for a multimedia installation with sculptures and videos from her #femalehackerontherun series.

Schönefeld’s art examines the contemporary social and political climate. Through unusual mediums and objects, the artist questions the contemporary roles of (female) hackers and artists alike, exploring the relationship between art and the present digital age. Her #hacker-stories imagine a world where, due to a drastic political shift, we need to fight for our democratic rights and survival. A concept that perhaps is not so far fetched? 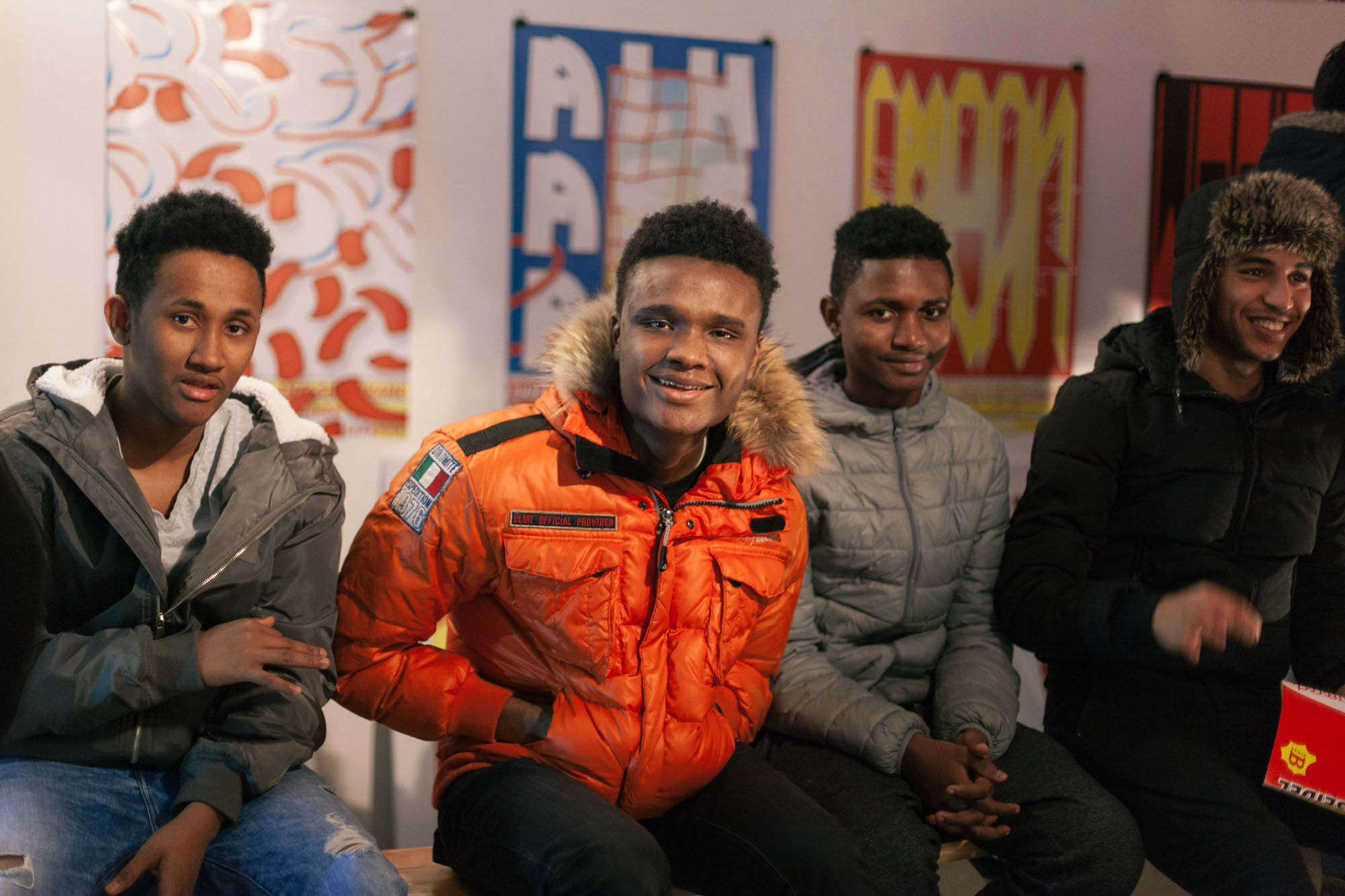 Poster Stories, presented by Public Positions, exemplifies the storytelling power of art. Ten young refugees teamed up with Berlin-based graphic designer, Florian Seidel, to produce a series of posters for this socially conscious exhibition. Currently living in refugee housing facilities in Leipzig, the ten amateur artists have designed posters that tell stories of their personal experiences, memories, and dreams. The posters will be available for sale and all the proceeds will go to the refugees and their housing facilities. The posters will be accompanied by video portraits by Nora Heinisch. Hear their inspiring stories and support their work. 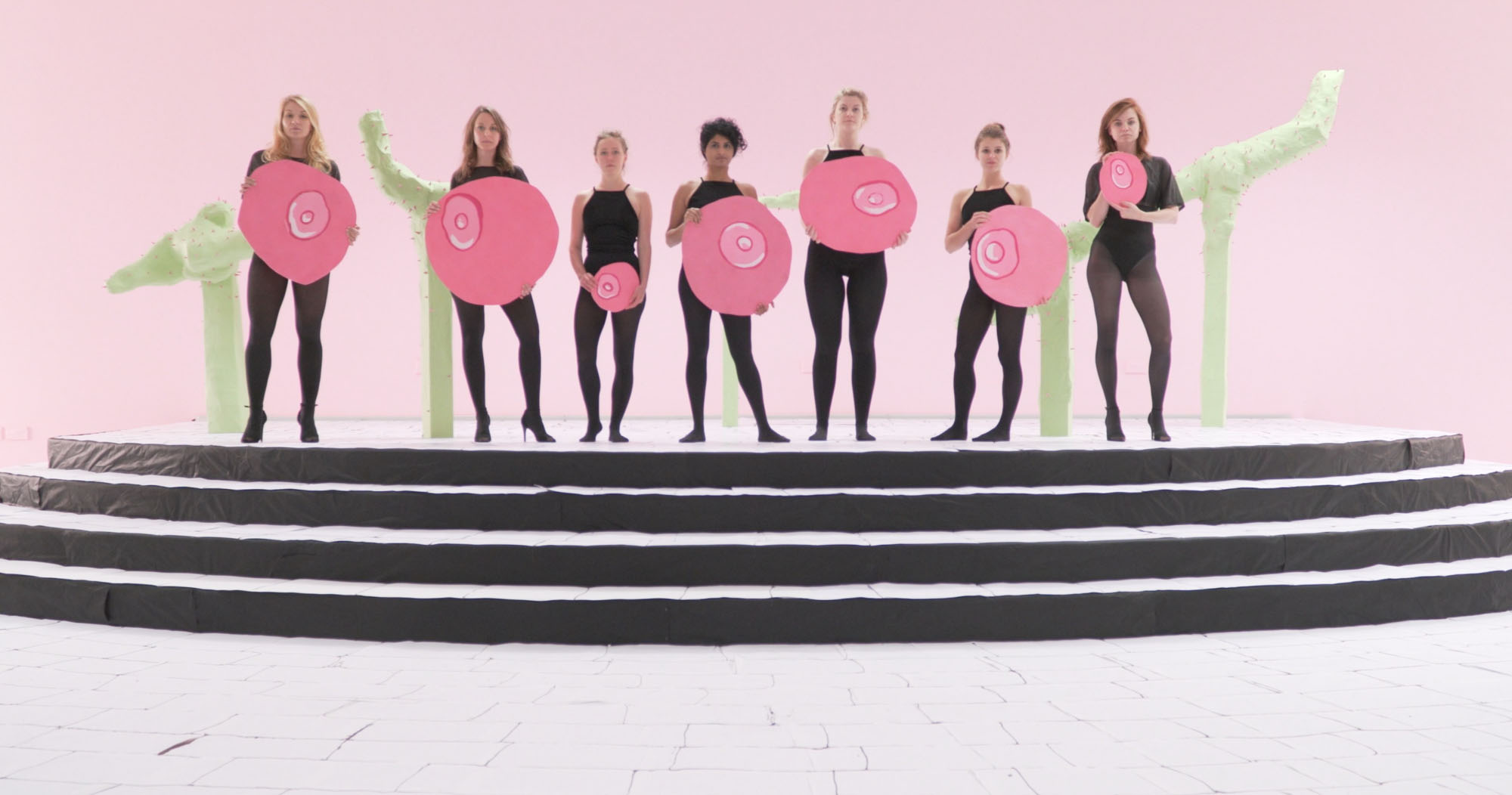 Seven female artists in an extravagant evening of play and performance. CH-CH-CH-CH-CHANGES (turn and face the strange), presented by EVBG, is part of an ongoing series of video and film screenings. Expect an exploration of identity and self; drag and spectacle; kitsch and DIY; experimental and grotesque.

Bring your imagination for this playful night of theatrics – turn and face the strange! As RuPaul said: “We’re all born naked and the rest is drag.” 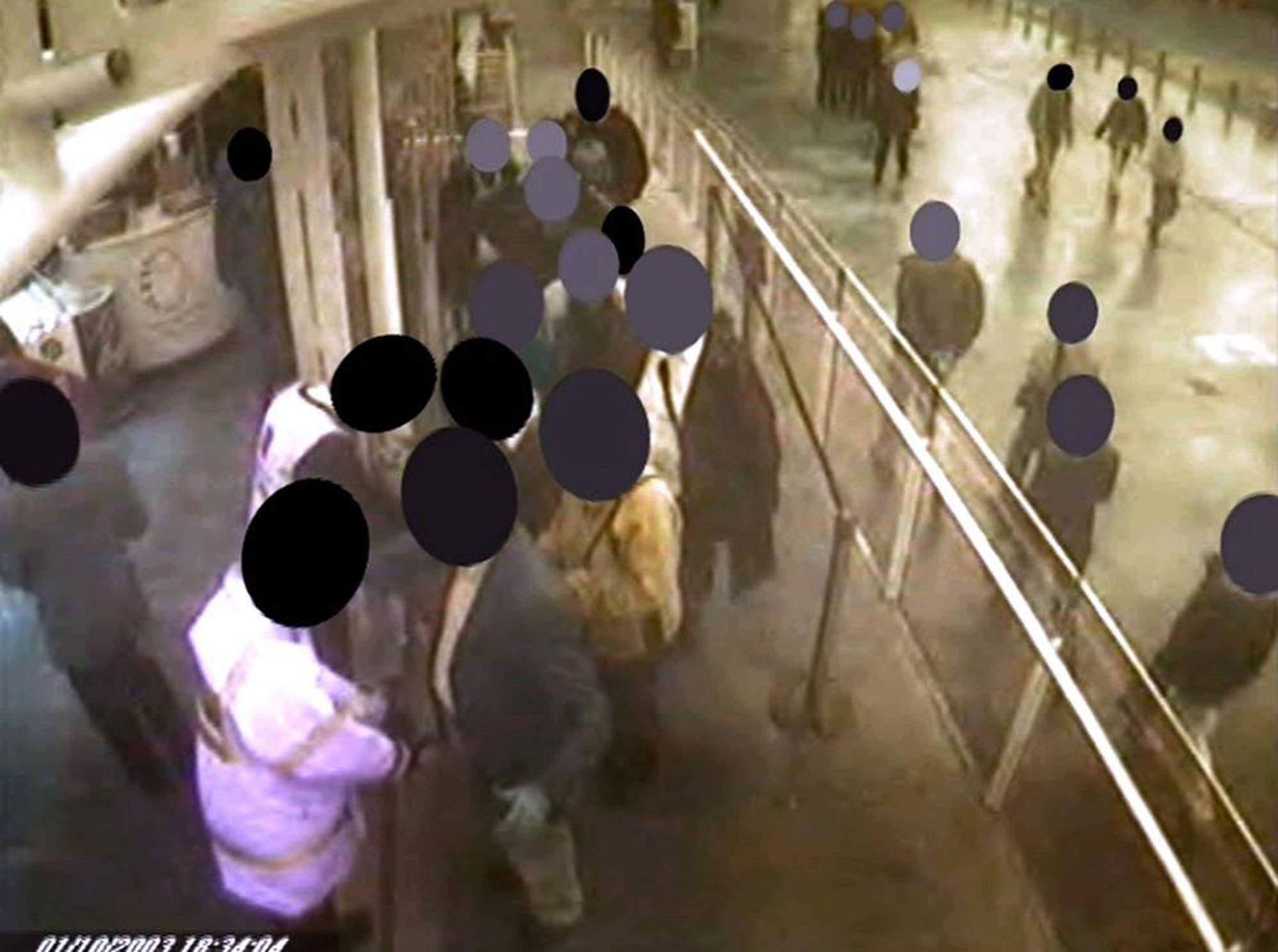 Faceless (2007), directed by Manu Luksch, is a film screening in conjunction with the exhibition Watched! Surveillance, Art & Photography. Luksch tells the dystopian story of a woman who wakes up without a face and must learn about the power and history of the human face. The film uses authentic CCTV recordings from London. In the recordings, in accordance with the UK Data Protection Act and EU mandates, the faces of people have been erased for privacy reasons. The film uses these images to critique contemporary surveillance and the “faceless” world it creates. 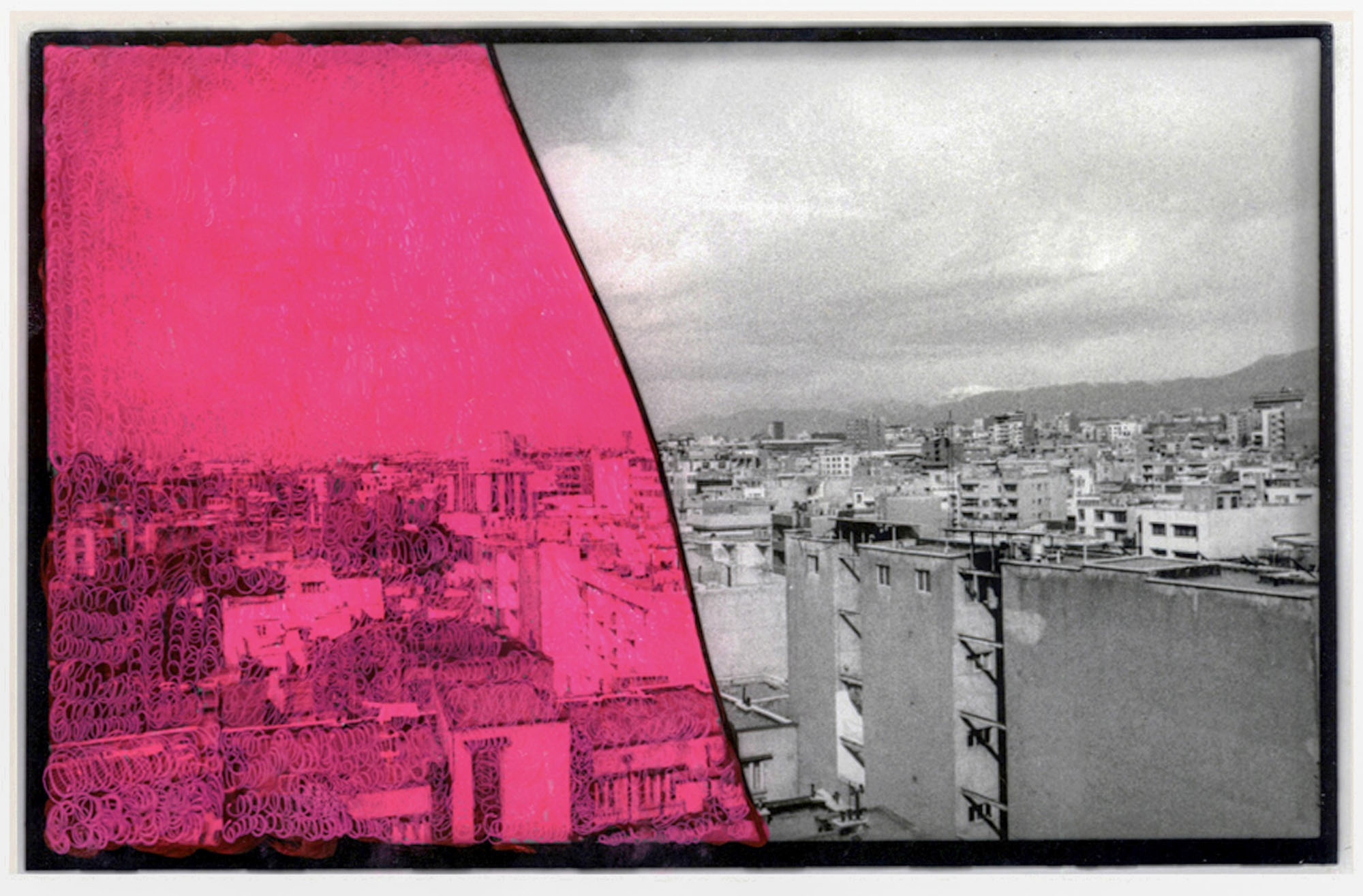 Consider and discuss Iranian art at this conference in cooperation with the Neue Nationalgalerie and the Goethe-Institut. Experts are coming together for this day of lectures and dialogues concerning the history and influences in the development of Iranian art. The talks consider the cultural clichés we have and the relationship between Islamic and modern art. The full-day program is worth checking out to hear some fresh and engaging cultural perspectives. 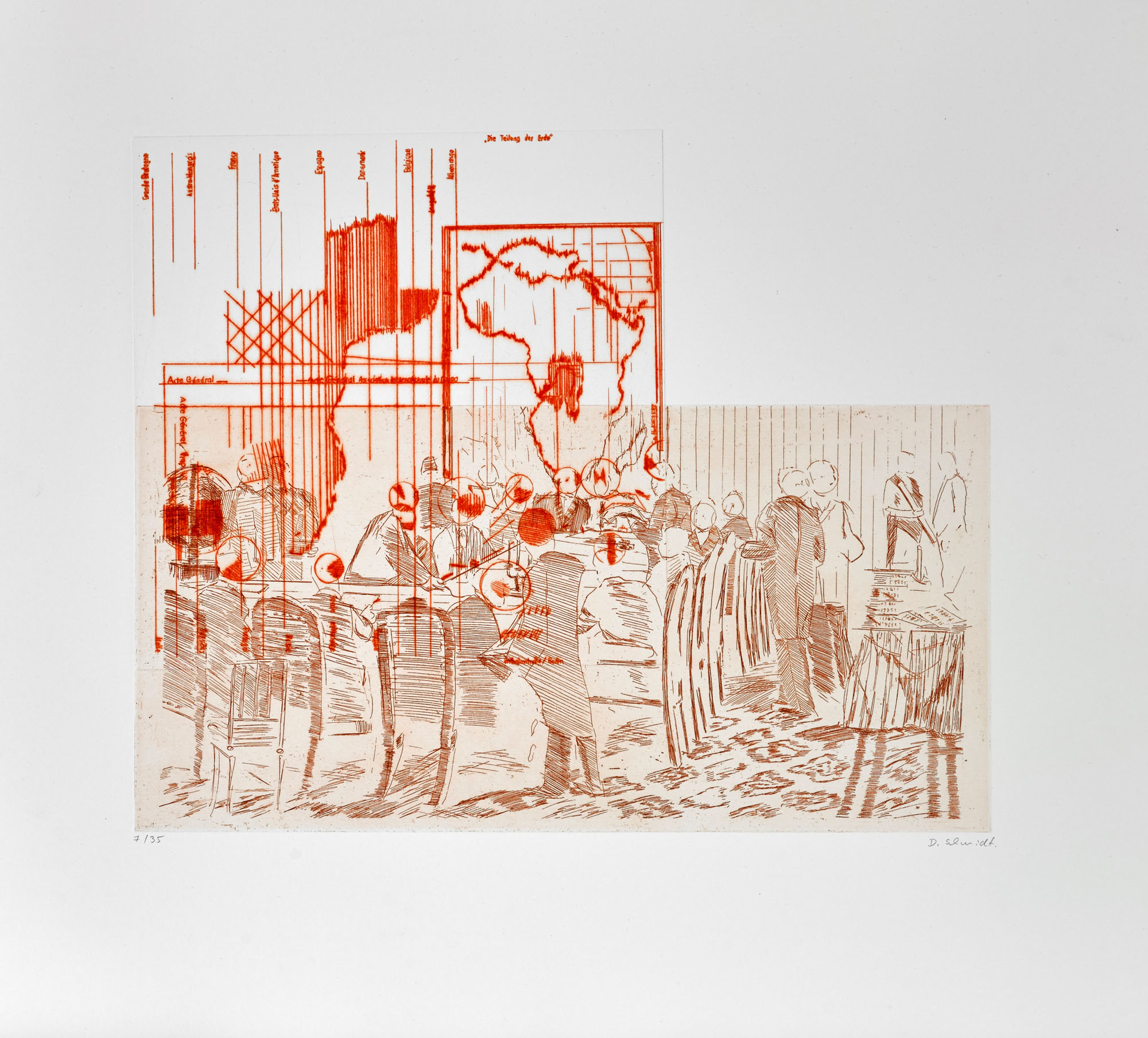 Now Is The Time of Monsters — What Comes After Nations?
Haus der Kulturen der Welt
Event runs: March 23 – 25
Free entry for some events, in English & German

Now Is The Time of Monsters centers around one political idea: the nation-state. With performances, lectures, conversations, installations, and presentations drawing from the realms of art, literature, science, and theory, the three-day event questions the ways in which the nation-state became the institutionalized as the one-and-only framework for political organization. The event asks the question, formed by Antonio Gramsci, “How can one think beyond the limits of the nation-state system?” Check out their program and bring your imagination for a serious reflection on contemporary power systems.