A weekend of whirling into your inner realms 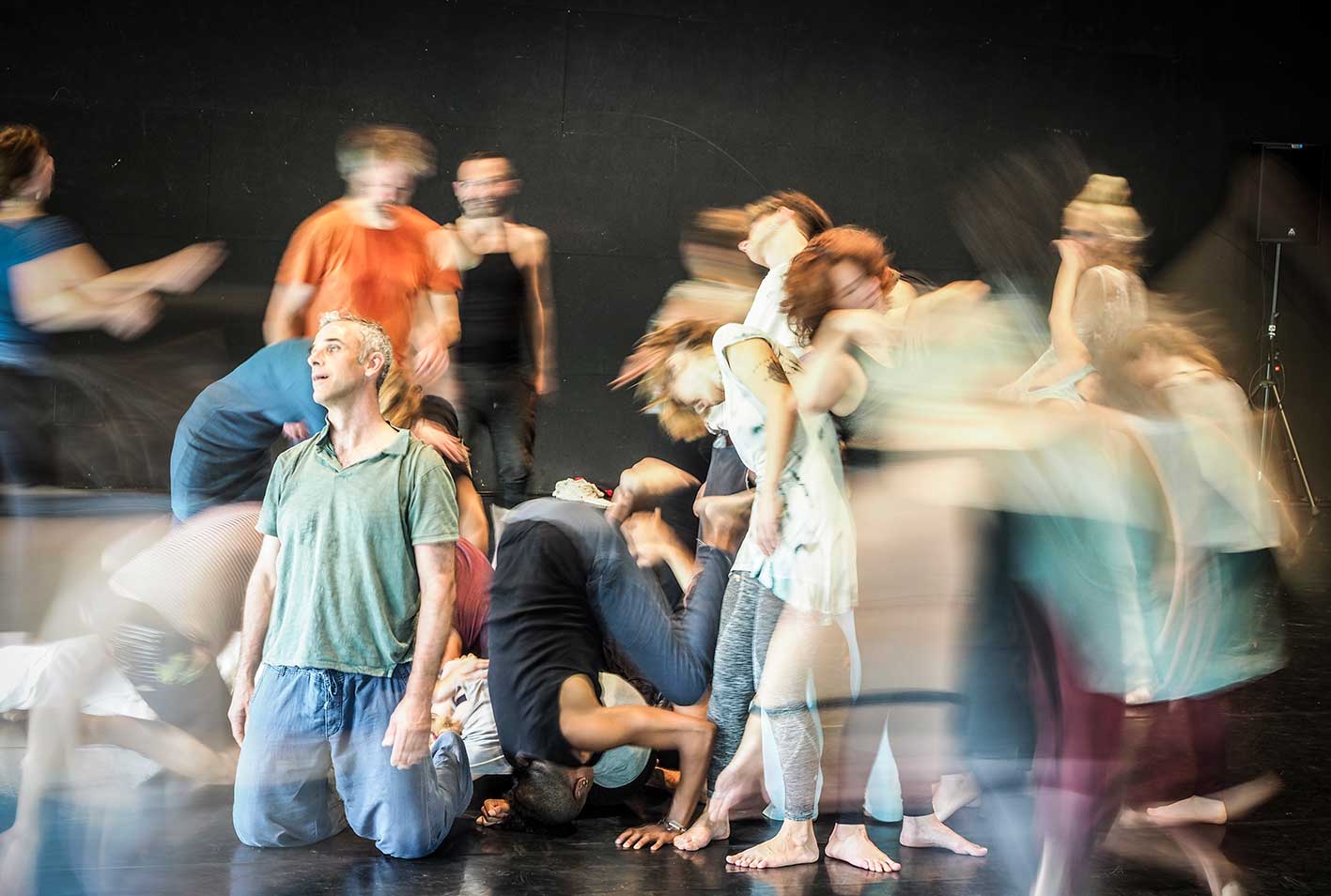 Sober dancing. Awkward, right? That was what I thought too until I first tried conscious dance, also known as ecstatic dance. In a meditative environment, participants are encouraged to move in a way that feels good and avoid focusing on what it looks like.

As the beats shook the yoga studio, I closed my eyes and moved my body in whatever way it wanted to go, allowing myself to become absorbed in how the music and movement felt. Afterwards I understood the name, as I was completely sober and aware, but also ecstatic!

This type of dancing – allowing your body to move freely in a space devoid of substances, chatter or choreography – is becoming increasingly popular throughout the world as an anecdote to the stresses of modern life. There are many different varieties, such as Biodanza, which translates as the dance of life and was created in the 1960s by psychologist Rolando Toro Araneda, and 5Rhythms, set up by professional dancer and musician Gabrielle Roth in the 1970s. 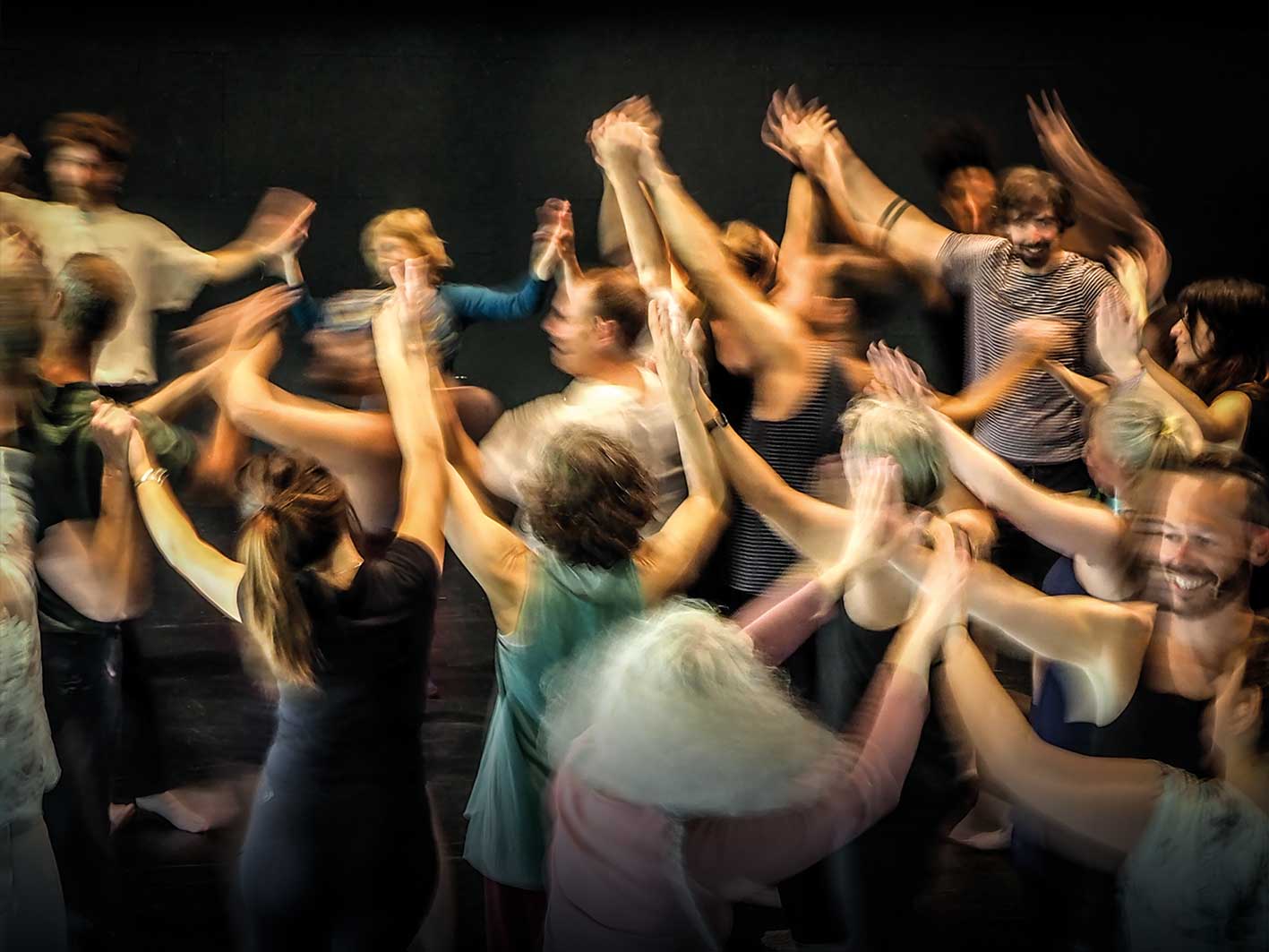 Berlin’s reputation as the capital of dance doesn’t just allude to the clubbing scene; there is also a thriving conscious dance community of people eager to find the ecstasy without the comedown. And so it was the perfect city to launch a festival devoted to the artform.

The Conscious Dance Festival was set up by Dhyana Vargas, a Colombian-born, Berlin-based graphic designer and Osho meditation teacher, and Lara Ubago, a Spanish art director and breathwork therapist. It began as a one-day event in 2017 at Lake Studios, before expanding to a two-day festival in 2018. For 2019, it has moved to the bigger space of FMP1 to host at least 100 people. Editions of the festival have also been held in Barcelona and Lisbon, and the first London event will take place in November 2019. 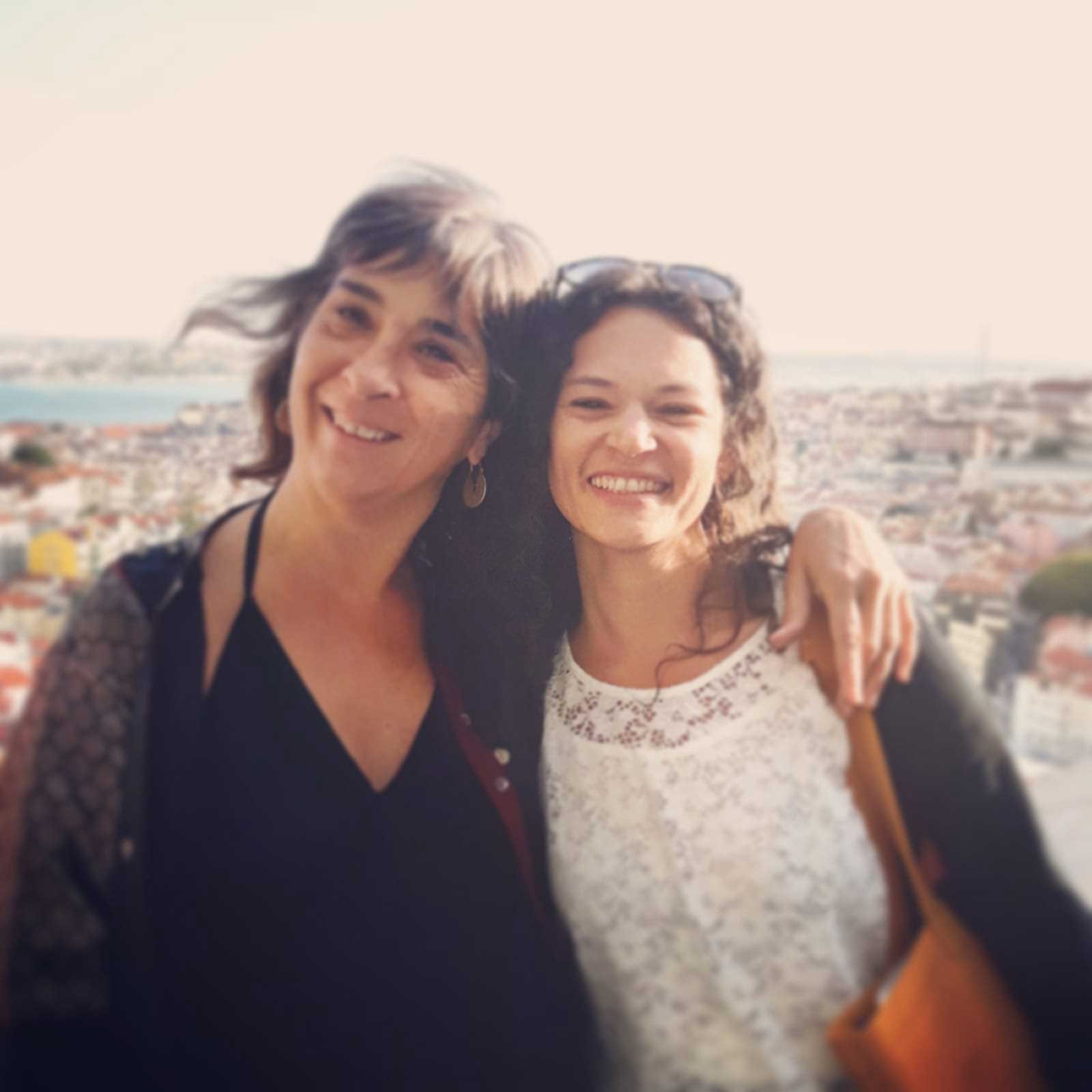 How did the Conscious Dance Festival begin? It grew out of the desire to share a passion for dance and meditation with others. I met Lara at the Osho International Meditation Resort in Pune, India, in 2017. I was teaching the dance style of Sufi Whirling there and Lara joined the class. We met up again in Berlin and I told Lara of my wish to create a conscious dance festival in Berlin to showcase the many approaches to conscious movement that people weren’t aware of.

What developments have you got in store for the third edition compared with the previous two? This third edition is a step forward. We have one more workshop (in the past it has been eight), a much bigger space to move and express ourselves, live music with fantastic musicians, and a bigger team to help us hold the space for a larger group of participants. We’re presenting a new style called Organic Dance, created by Karina Suaréz Bosche, as well as a very powerful voice and movement workshop with Joris Camelin. The programme is very multicultural as it involves facilitators (most of them based in Berlin) from France, Mexico, Colombia, Serbia, the US, Israel, Turkey, and of course Germany. It’s a colourful festival as each of these nationalities brings their own flavour.

There are nine facilitators taking part in this year’s festival, most are based in Berlin but you also have Linne Melinkat visiting from Portugal. Do you like to have a mix of local talent with guest facilitators? We’re lucky to be in a city that offers a vast range of events for conscious movement. And we’re even luckier to have very experienced facilitators who are willing to collaborate. Dagmar Cee is a well-known 5Rhythms facilitator who has more than 25 years’ experience. Same as Jens Wazel, who has been teaching Soul Motion in the USA for a long time and now in Berlin. Maegan Gorbett, aka DJ Alma Omega, is part of the programme as an Open Floor facilitator and not only as a DJ. We try to work together with local facilitators, so the participants can continue their conscious dance practice after the festival. Yet sometimes there are approaches we want to present that are not available in the city. This is the case of Linne Melinkat. She offers a technique called Rio Abierto System in Portugal. We had her as part of the Lisbon programme last June and we loved the way she guided the workshop so we wanted her to join us in Berlin. 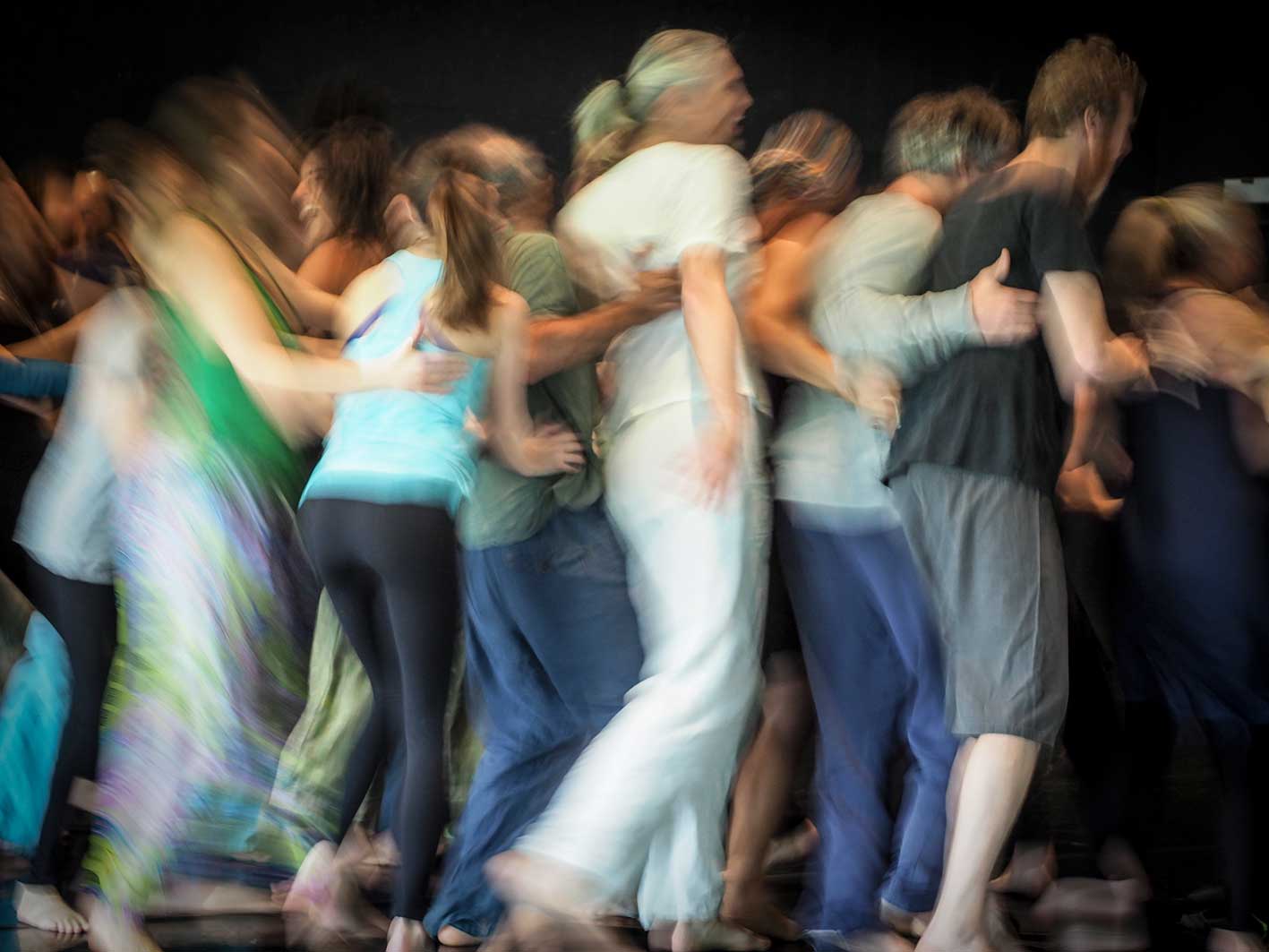 Have you noticed any cultural differences in the different cities that have influenced the festival? It’s difficult to say as the participants have been very diverse and the cities in which we hold the festival are very multicultural and attract a lot of visitors. For example, we had people flying in from South Africa and Siberia to Barcelona, from London to Lisbon, from France to Berlin. But yes, each experience has been different and each place has brought different qualities. Lisbon was very easy as we got lots of support. There’s something about the people there that makes you feel very welcomed. Barcelona is very juicy and light and it has the feeling of a big family. Berlin is fun and young, and people are committed to their practice. Here people have lots of experience in conscious movement, meditation and self-exploration so it’s easy to attract them. We’re waiting to see how it will be received in London but so far it seems as if people have been thirsty for this type of event there.

Since you’re based in Berlin and Lara is in Barcelona, you’re tuned into the local scenes to find facilitators for those editions of the festival. How did you find facilitators for London and Lisbon? Yes, Lara takes more care of the Barcelona network and I of the Berlin one, but we support each other in finding other facilitators outside of our own circles. We always keep our eyes wide open to everything that’s being offered in the city and we try out the workshops ourselves or we ask one of our team members to go for a taster and give us feedback. In Lisbon and London we have partners who do the local research. We put a lot of energy into curating the programme as we want to offer one with experienced and innovative facilitators who create a safe space for the participants to build trust so they can dive into a deeper experience.

Have you got any plans to hold the festival in more cities across Europe or beyond? There is a lot of interest coming from many different countries, which is very exciting and tempting. We’re allowing it to happen organically instead of pushing it. It needs a lot of grounding before something can grow strongly. One of my desires is to bring it to my birthplace, Colombia, as there’s very little like this happening there and it’s very needed. Everywhere it’s very needed, we live in times where there’s an urgency to move inwards, to meditate. The wonder of dance is that it is more tangible for people. People react differently if you invite them to dance than if you ask them to meditate. Most people like to dance, it’s very natural. And what we do with this festival is to add the quality of consciousness to the movement so one can come closer to meditation without making it a serious or static thing but playful and very alive. 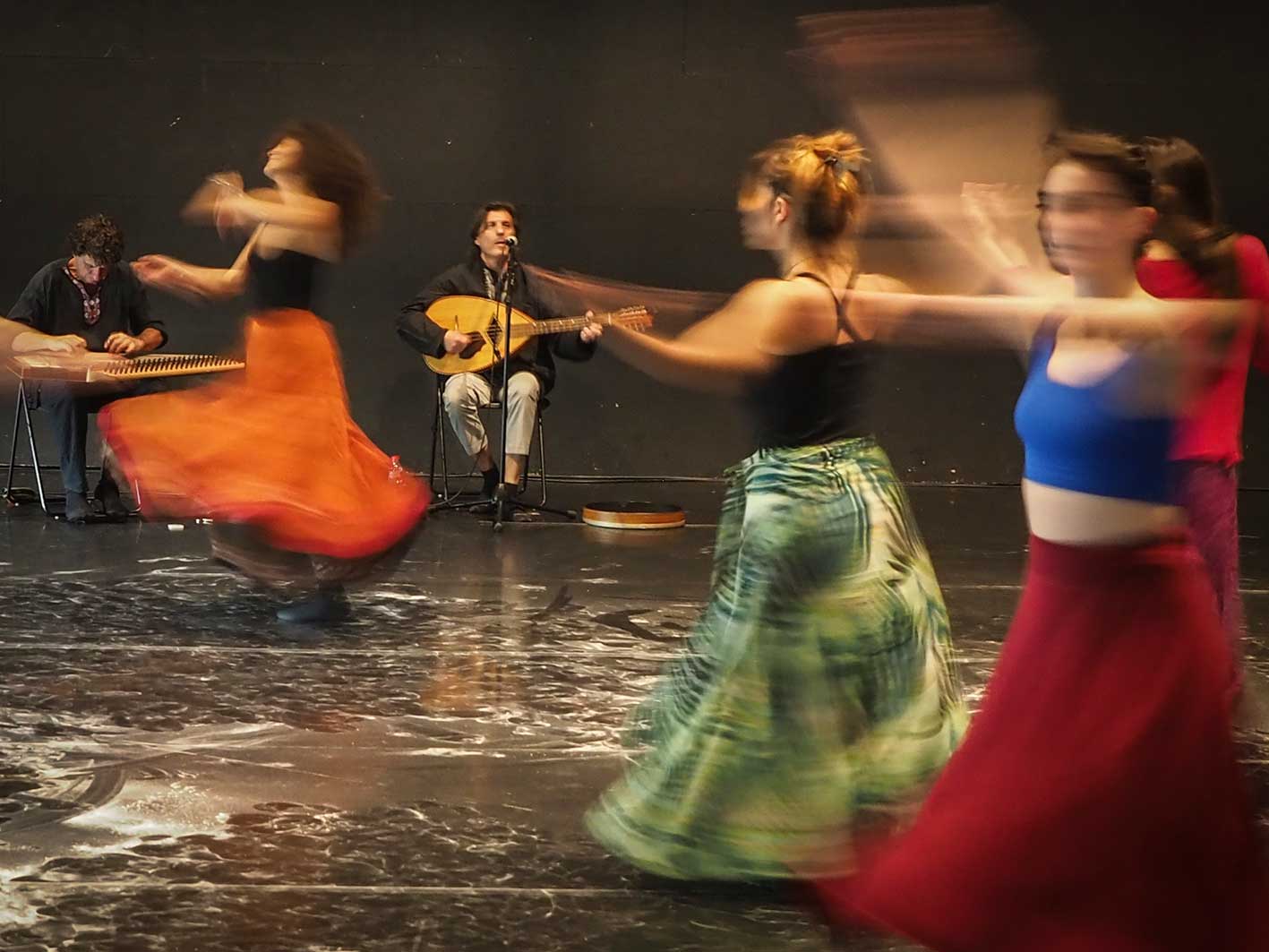 The festival runs for 10 hours on each day. How does such a long dance session work; do participants get tired? It’s very common that people think that is too much and that they won’t be able to manage to dance for so long, but once they’re in it, the movement just flows. The dancer reaches a high peak in which the dance takes over and there’s just movement despite themselves. We have an unimaginable amount of energy but we don’t know how to access it. When we start moving, it can happen that it becomes too much to feel it and we start leaking it by chattering or sabotaging the flow with thoughts like, “I can’t any more”. But once you manage to stay with that flow of energy, it will take over. Sportspeople call it the runner’s high, a state of trance where you realise that you actually can keep going for much longer than you think, although participants are welcome to take a break if they need one.

How does Berlin compare for you in terms of other places you’ve taught conscious dance in? Berlin is a very vibrant city. People are always curious and ready to try new, different things. Berlin attracts young, creative crowds who are thirsty for a change. Many of them get tired of the clubbing scene and decide to go to the sober, alternative spaces.