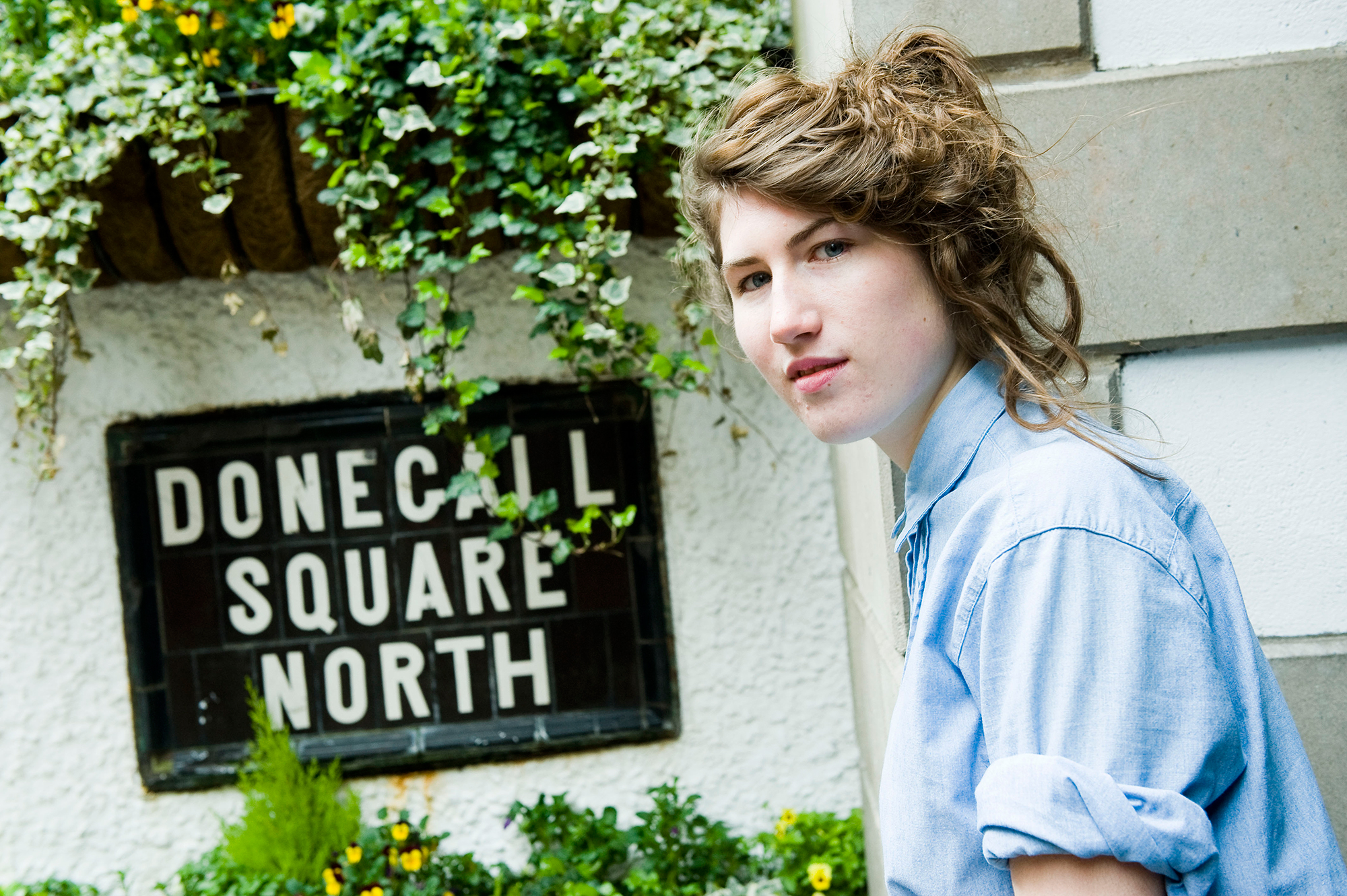 There are more than a few comparisons to be drawn between Belfast and Berlin. A passing familiarity with a wall or two, a paint factory’s worth of murals, and the undeniable truth that, to paraphrase Aaron Copland, “So long as the human spirit thrives music will sustain it and give it meaning.”

Both cities have worked ardently for and accepted music as cornerstone of their international reputation. Once defined as largely ‘violence be thy name’, Belfast has grown into a beautiful, surprising hothouse of indie music, thanks in no small part to the Oh Yeah Music Centre, one of the organisers of Thursday’s Belfast to Berlin showcase in Loophole, Neukölln.

To celebrate five years of their successful Scratch talent development programme, Oh Yeah has put together a group of four Belfast-based acts and brought them to Berlin.

Katharine Philippa (pictured) brings her bare vocals and songs that are somewhere at the crossroads of indie and ambient music. She previously played at Belfast’s Ulster Hall, where Led Zeppelin first performed ‘Stairway To Heaven’, so catching her in Loophole’s cosy backroom is a coup for fans.

Sister Ghost are perhaps the heaviest act on the line-up, but undoubtedly melodic. All chorus-heavy guitars that recall the Manic’s Revol, this band starts songs with a punch. Listen out for ‘Growing Pains’, which carries a gloriously angsty sample breakdown.

R51 are equally crunchy but with a little more of a pop sensibility. This five-piece is explosive with vocals that take no prisoners.

Rounding off the line-up is VOKXEN. With gorgeous harmonies, and instrumentation that is part ‘80s movie soundtrack and part Arctic Monkeys, VOKXEN are going to have you sensually swaying into the nearest sweaty body against your will.

Belfast to Berlin is this Thursday at 8pm at Loophole, Boddinstrasse (U7 Rathaus Neukölln). Entry is free.