The Films of Ana Mendieta 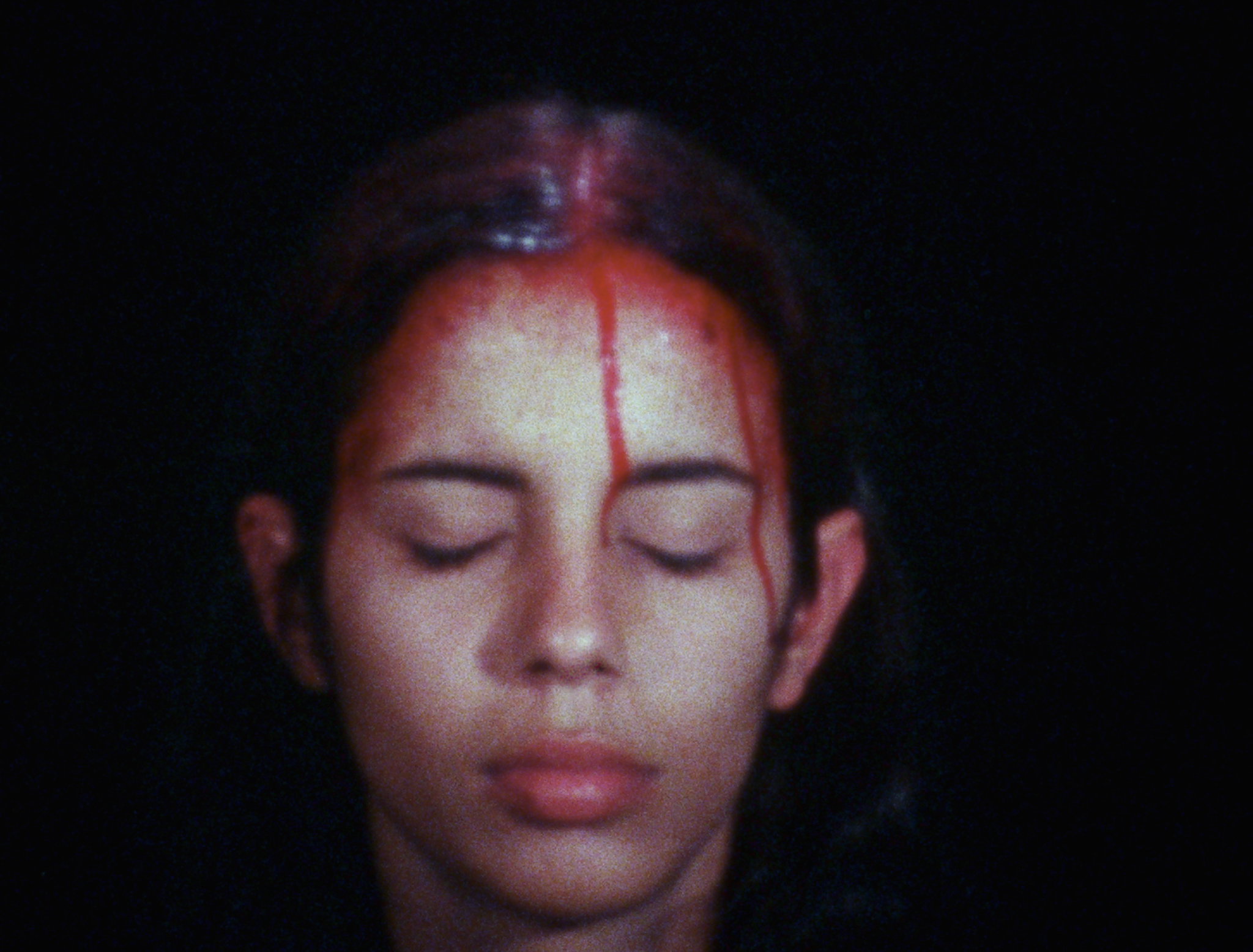 In the collection of restored Super 8 films, Covered in Time and History: The Films of Ana Mendieta, the artist’s ‘earth-body’ works outline her focus on the female body and its interaction with nature — a theme that became stronger as Mendieta began to explore her spiritual and physical connection to her homeland, Cuba, through various cave sculptures. The artist’s body is inscribed into the earth, yet often transient through the erosion of water and the mystical appearance of gunpowder. This erosion is not always an act of nature, with violence bubbling under the surface or pouring onto the streets in blood. Mendieta’s ‘blood writings’ turn the tables on society’s prescriptive female form while questioning its blind eye to violence against women, as in the disturbing ‘Moffitt Building Piece’ that records the reactions of passersby to a potential crime scene. It’s no small irony that the cause of Mendieta’s death, arguably part of this narrative, remains unmentioned in the exhibition.

While Mendieta’s work was groundbreaking, helping to pave the way for artists using their own bodies as performance pieces, especially women of colour, there is also a timelessness to her slow-moving siluetas (silhouettes) that often resemble masterly still lifes transported through the contemporary medium of film. Although Mendieta also produced sculptures and photography, Covered in Time and History is an excellent cinematic introduction to the artist’s work, which remains highly relevant in today’s political climate.