The LOLA Guide to Pop-Kultur Festival 2018

Our top selections from the three-day smorgasbord of happenings 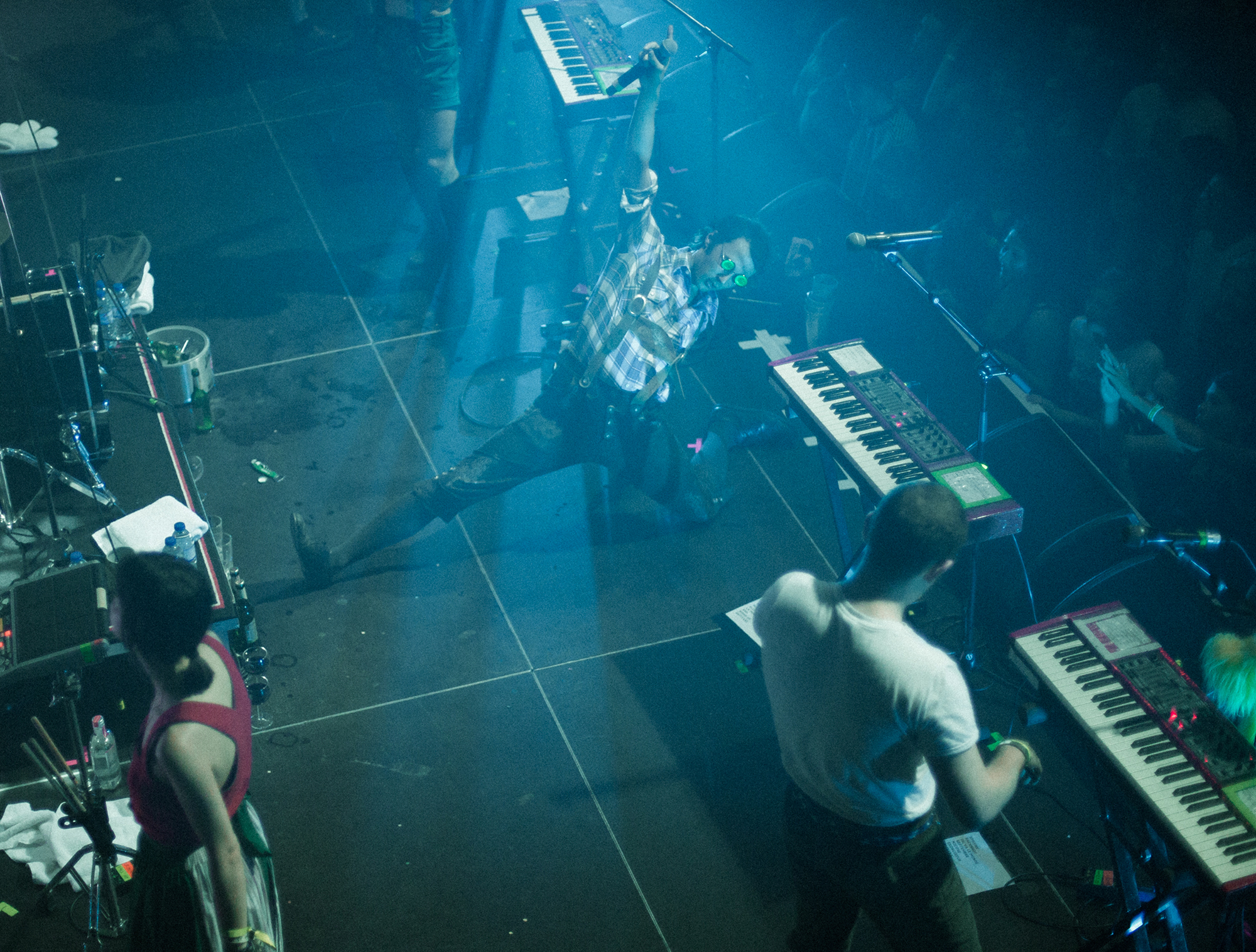 The fourth installment of Pop-Kultur continues breaking down barriers and opening discourse between generations, genders, and locales. The diverse three-day event at Kulturbrauerei will play host to over 100 different talks, readings, concerts, DJ sets, films, and exhibitions.

Tucked neatly among the action is the curators’ (Katja Lucker, Martin Hossbach, and Christian Morin) thematic selection of Golden-Pudel resident DJ and female:pressure activist Yeşim Duman from Hamburg to bring to life the Pop-Hayat series of events. 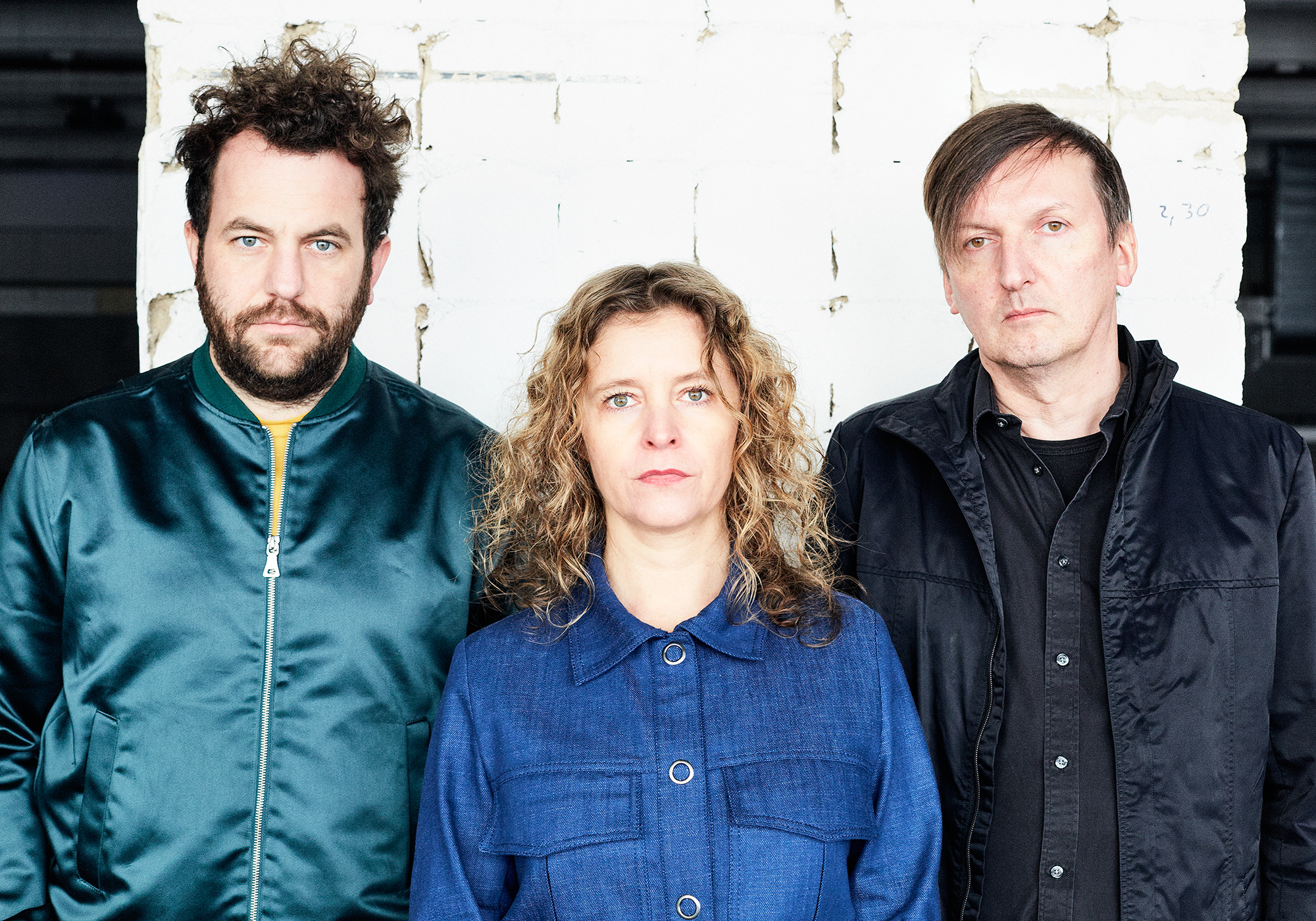 Pop-Kultur is built upon three ideas: Live, “Pop-Kultur Nachwuchs” (Pop-Kultur New Generation), and Network. The former refers to all the content on display from August 15 to August 17, while the second captures the curators’ attempts to bring together 250 young activists and artists from around the world to one place. The final portion, well, if not self-explanatory, it’s probably best you just head out there and feel the collaboration in action next month.

To see that you get into all the nooks and crannies of this year’s festivities, the unwavering custodians of culture at LOLA have planned a master plan for each day. In the following guide, we’ll touch on some of the commissioned work, the four movies, two exhibitions, and the heavy hip-hop influence in the 2018 lineup.

Deadlock was first released in 1970 and tells the story of three men, the desert, and a bunch of missing cash. If you’re not intrigued by the film’s western-style roots, you’ll be pleased to know that the movie score was done up by none other than the legendary Can founder, keyboardist and composer, Irmin Schmidt. The experimental sounds of Schmidt’s band Krautrock and the film’s dusty saloons are probably your best bet at a great start to the Wednesday. If you can’t make this one, a sharp focus on the musician’s work in film will be highlighted by the festival’s Music Stories series.

In the context of the recent boycotts on the festival itself – which also included some artists actually dropping out of Pop-Kultur – it seems only natural to take a deeper look into what this form of protest really portends. In a conversation between Berlin’s Kultur- and Europasenator Klaus Lederer, journalist Shelly Kupferberg, and Israeli writer Lizzie Doron, the three will look into what it means to disobey culture, language, all the way down to simple retail goods.

The sentimental pop sounds of Dan Boden make up the Border Movement’s grander thrust to behave as a bridge between Berlin and South Asia. The Canadian DJ’s music moves along feelings of pain and love and all the serendipitous moments in between these two columns of life. Check out his first LP Cashmere Sweater then go hug a stranger at Club 23. If not Boden, Border Movement is hosting a series of DJs from all over the globe. Surely, one will pique your fancy. 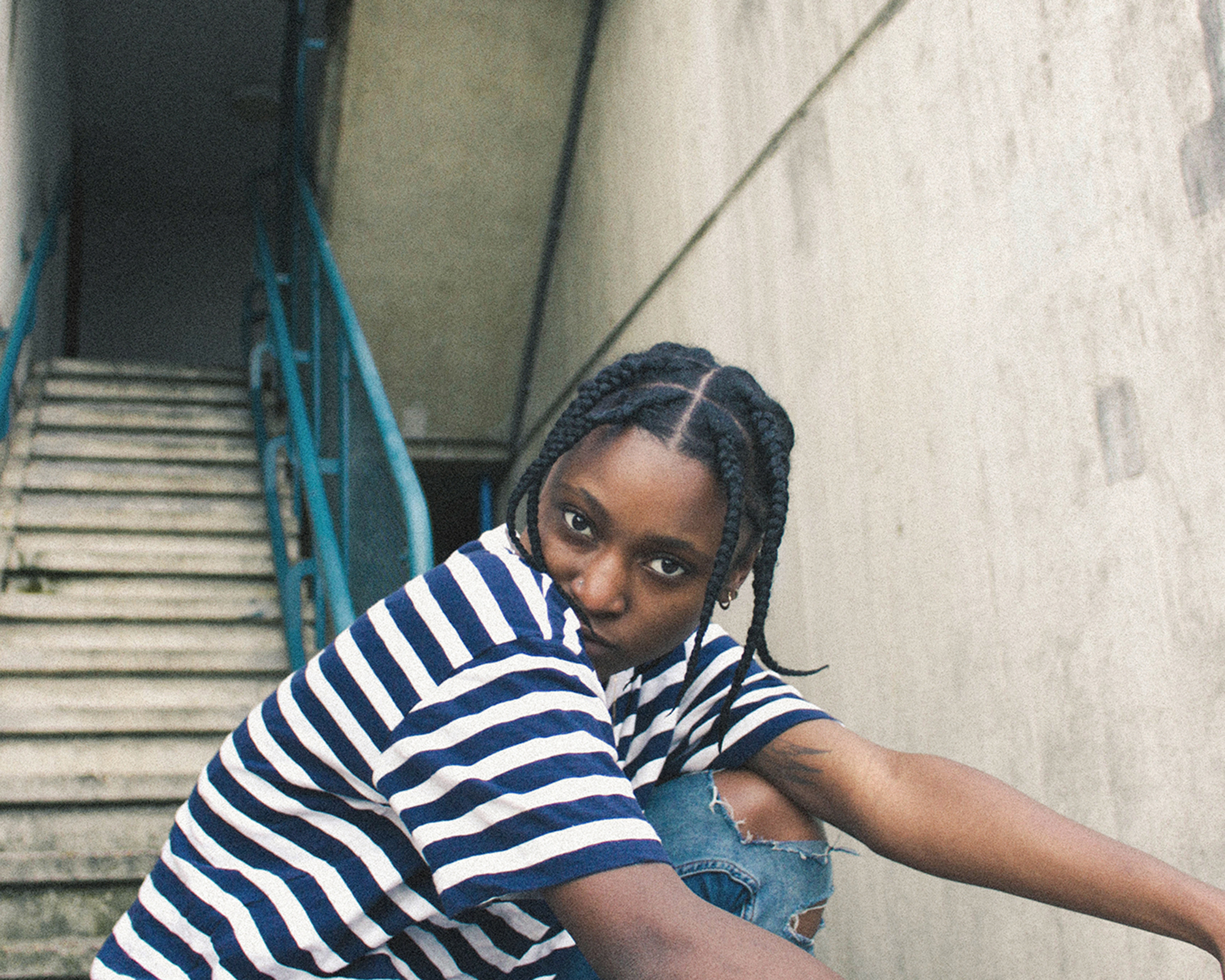 British rap force Flohio will be a highly-anticipated show, especially alongside the other hip-hop performers playing through the week. The UK seems to be a bit of a breeding ground for grimy industrial rap sounds, but the underground-artist-turned-Fader-headline actually spent the first eight years of her life growing up in Nigeria. From there, the 25-year-old began writing her first bars in youth clubs in East London and the productive environment that comes with growing up around good friends.

The Pop-Hayat feature of Pop-Kultur this year is in the hands of activist and organizer Yeşim Duman. The selected events she coordinated bring together elements of queerness, analyses of the great machine that is pop culture and opens the dialogue revolving around post-migrant discourse. In a conversation with Ebru Düzgün (otherwise known as the  German-Turkish rapper Ebow) and H. Yaghoobifarah (Editor at MISSY Magazine and Die Tagezeitung), attendees will get insight into the social constructs that define who gets what in the arts and culture scene in 2018. 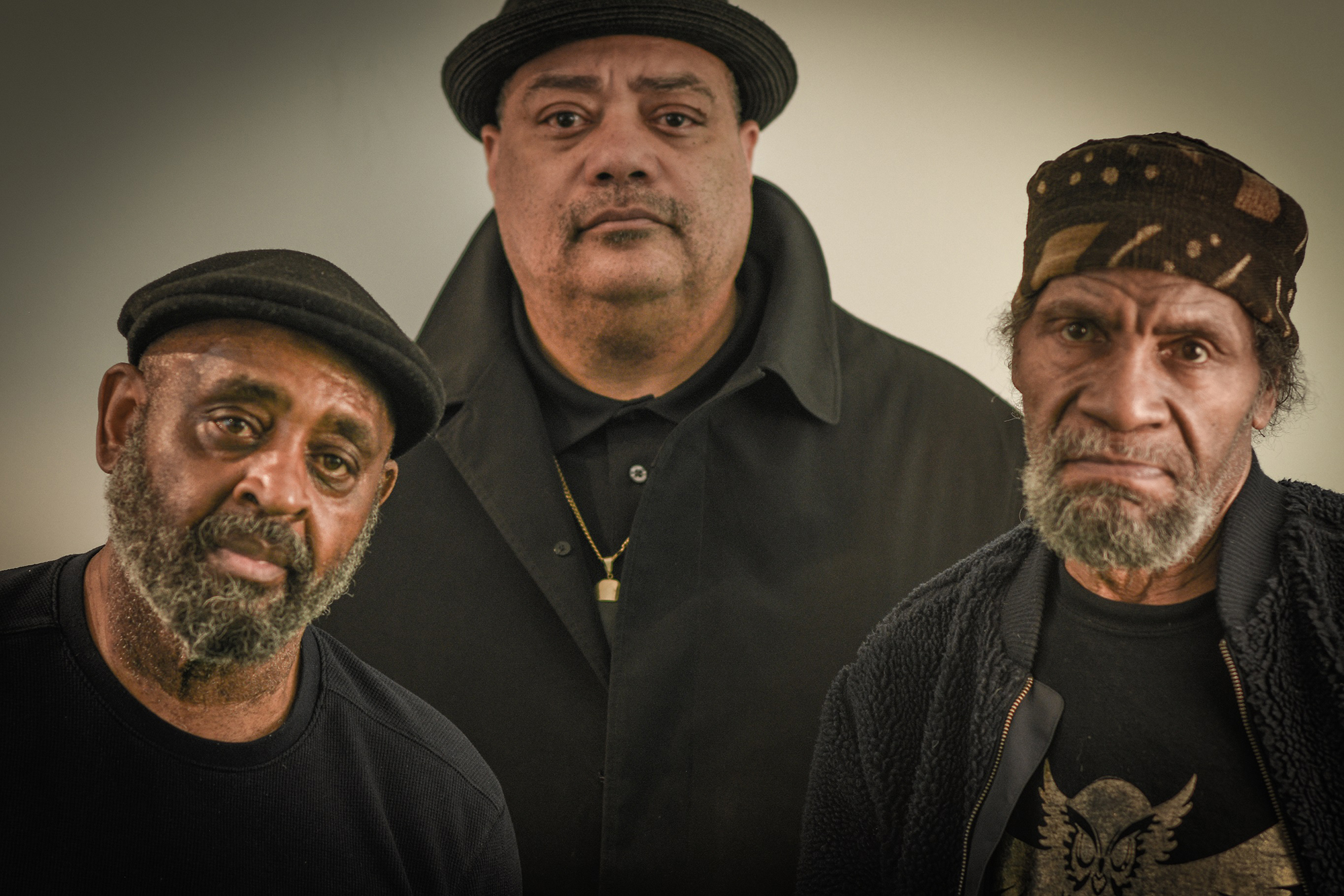 The Last Poets by Studio Rockers

Thursday hosts a number of different rap and hip-hop shows, but as curator Martin Hossbach has reminded us, “without The Last Poets, there would be no rap.” Founded in Harlem New York in 1968, the three-person group took up the voice of the civil rights movement in the United States with songs like ‘When the Revolution Comes’, ‘At Last’, and ‘Chastisement’. In serious times, perhaps it’s best to get a better look at our roots and get away from all the parties and bullshit.

Viewers get a glimpse into the original desert punk party as director Stuart Swezey documents a 1983 festival that included the Sonic Youth, the Minutemen, and Einstürzende Neubauten. Grungier (better?) than the original Burning Man, the documentary Desolation Center explores an armageddon rather than any semblance of bourgeois past time. Two showings on the day (19:00 & 21:30) give interested parties plenty of opportunities to enjoy music, explosions, and a satanism rarely seen these days.

Thank god Itaca are playing after midnight. The day is done, the political discourse has been fully consumed (but not yet processed), and now it’s time to dance to Italian eighties-style Europop music. The German duo has one foot in Berlin and another somewhere in Northern Italy, bringing together the industrial with the romantic and all of it certain to provide a bit of light in this cruel, dark world.

Another in the “Pop-Hayat” series, Silvana is a documentary that follows the Swedish rapper Silvana Imam during the Swedish elections in 2014. Imam’s rise to the limelight has also propelled her to acknowledge many aspects of her identity that society, especially its nationalist/conservative tendencies, define as problems and thus comes at an excellent time to better understand feminism in a modern context.

Less of a conversation and more of a sonic experience, the band 21 Downbeat has teamed up with the actors of the RambaZamba theater, classical musicians, and Andreas Spechtl to present a poem that would be better described as noise confetti. Among the snippets, short bursts of sound, and words flying around will be German sign language interpreter, Laura Schwengber to provide her translation of the Rausch Royal.

Josefine Riek’s 170-page novella Serverland finally takes seriously a post-internet age in which a youth movement led by twenty-something Reiner shows net enthusiasts and contrarians what freedoms were truly unleashed along with the Facebooks, Twitters, and Googles of the world. Serverland is Riek’s first novel, but hopefully not her last.

The Doors started a music label 15 years ago called state act, and they want to celebrate the occasion at Pop-Kultur. In Exoterics, though, the post-punk, krautrock, and psychedelic group will play all new material to celebrate their label’s birthday. Other events from the series will dive into conversations with friends of the label and present two new groups from the state act. Check the program for all the details of the party(ies).

The closing event curated by Duman plays host to Stefan Marx (Frannz Lounge at 01:00), Ablas sound system aka nedalot & DJ Yeşo (1:00 – 2:00), BEARCAT (2:00 – 3:30), and KILLA to finish things up. It will most likely be loads of bouncy disco, traditional house, and all of it drawn from Duman’s inspirations at the Golden-Pudel Club in Hamburg.

Get Your Exhibition On

In between your jam-packed three day agenda, there will be two exhibitions running throughout the festival. The first, Mix The City Berlin at Probebühne RambaZamba Theater, brings together the sounds, smells, sights, and tastes of the city for you to mix and remix. The first show began in Glasgow, but now the artists Tarwater, ANDRRA, Barbara Morgenstern, Gewalt, and Masha Qrella (or the Chor der Kulturen der Welt) have provided Berliners all the instruments needed to make the city their own sensory experience.

The parallel exhibition Over The Rainbow at the Kulturbraueri Hof displays the photography of Meryl Meisler and Ben de Biel as the two meandered and documented their way through the subcultures of both New York and Berlin. The mishmash of two great cultural metropolia has been curated by Anke Fesel and Chris Keller of the Berlin photo agency, bobsairport.

Pop-Kultur officially begins August 15 at 18:00 and runs into the morning of August 18. To find out a bit more of all the events on offer, head over to the official website.

A pass for all three days runs €65.40, but those holding a Berlinpass can enjoy 50% off (just make sure to show the pass when picking up your ticket on the August 15). Single day tickets cost €28 (€14 with the Berlinpass), and for those interested in just the talks and films, Pop-Kultur offers a reasonable €6.55 ticket for each day of the festival. 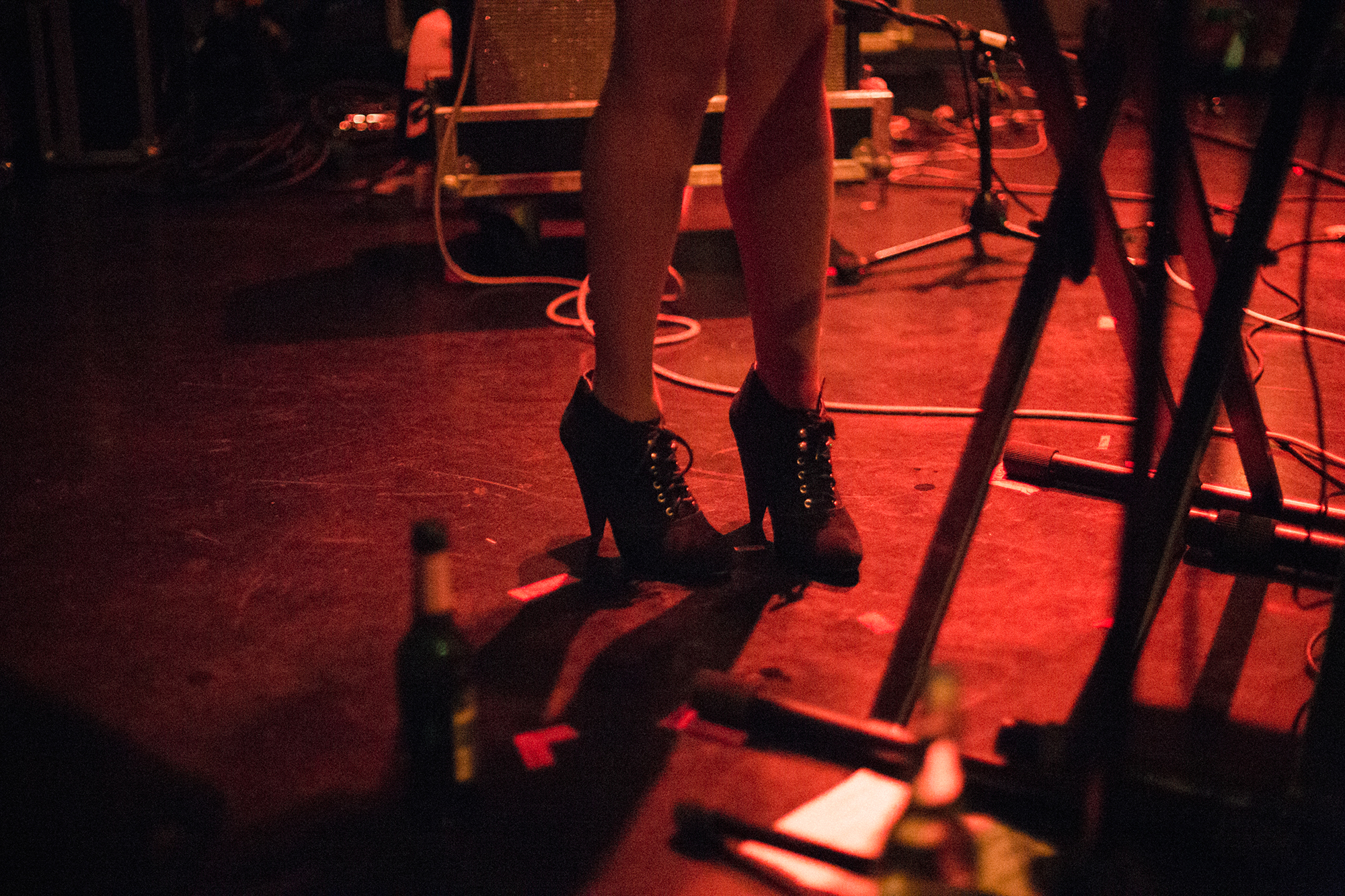