Elizabeth McTernan on mapping as storytelling 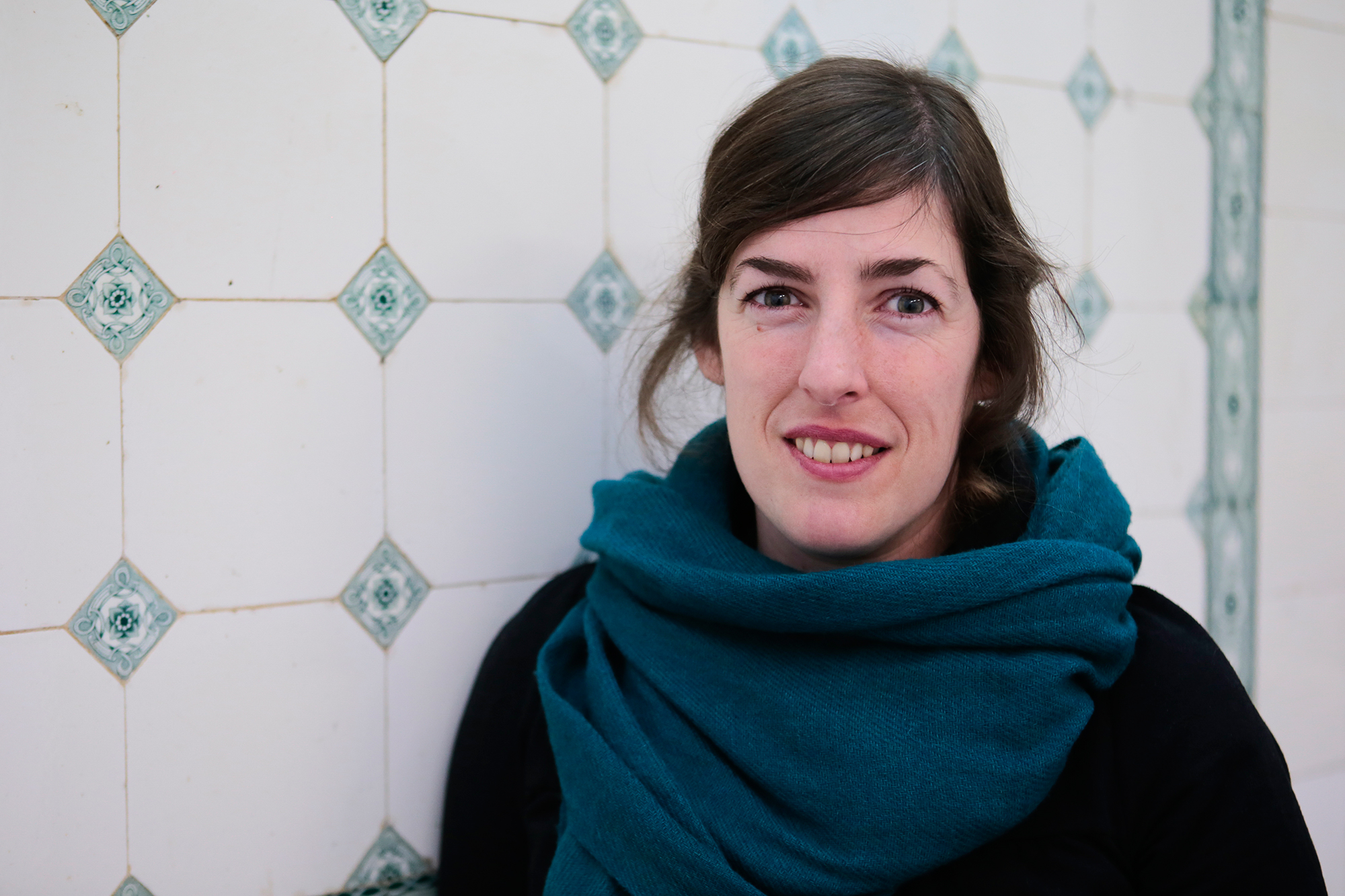 Elizabeth McTernan is a cartographer. Not in the traditional sense, but her artistic practice consists of intricate mappings of everything from the patterns of waves at the Baltic Sea, to the intensity of sunlight, to the ‘Death Zone’ in the Himalayas. At once scientific and diaristic, her solo show Altitude Sickness at HORSEANDPONY Fine Arts approaches the study of territory and terrain through the lens of a storyteller – collapsing, reinterpreting and reimagining what a map can be.

A lifelong traveller, Elizabeth is fascinated by how language and culture is impacted by landscape, and vice-versa: “It was always really important for me to go and see places.” She goes where the guidebooks tell her not to go, finding beauty at every step. “We’re so used to being tricked into thinking we know things,” she says. “It’s important for me to put myself there.” 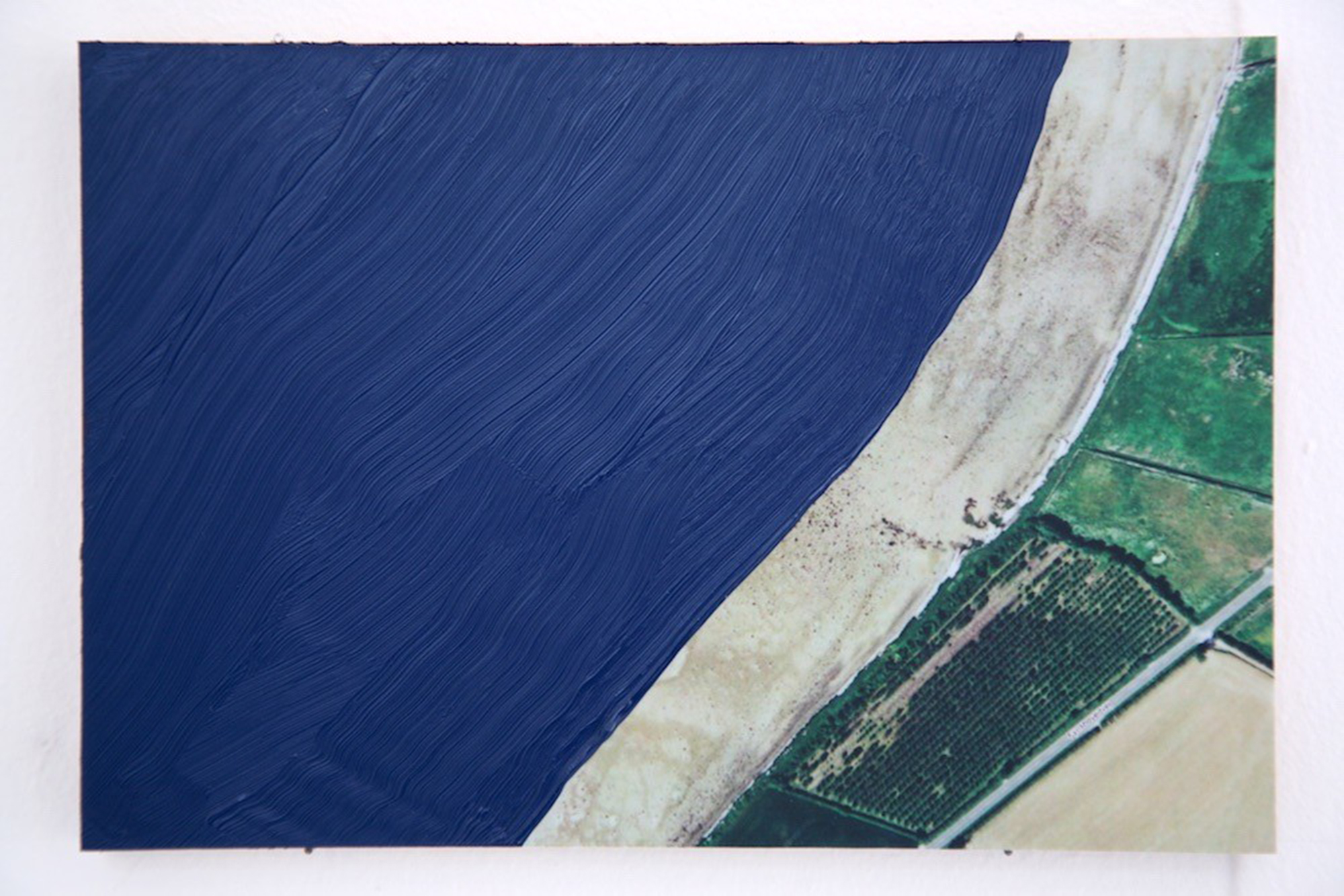 Birth of a Nameless Island

While doing research about a nameless island that had emerged from the sea off the coast of Denmark, she discovered the significance of the colour cyan in traditional mapmaking: “Cyan is actually what map services use to paint oceans because they’re not considered valuable [as territory],” she explains. “I got interested in this idea of the imagined ocean and the potential for autonomy in that space; this unwitnessed space … and at a certain point I was just doing all this research about the history of the aerial view and how it’s changed the way we look at territory.”

Her research into cyan, a tone laden with such historical and cultural resonance in terms of the aerial image, lead the artist to cyanotypes. “It’s like a photogram process,” she continues. “It’s super basic proto-photography and you get chemicals and you treat paper with these chemicals in a dark room …  and the paper becomes light-sensitive and you can make drawings.” The resulting works, ‘Shadows Cast by Objects High in the Sky’, are small, delicate prints with moons and triangles situated in the centre, and were purposefully made on the equinox to emphasise the very fact that she was recording a moment: “For me it’s very much about phenomenon: the ground, the sun, water, all these very basic things.”

“It’s a recording of the sky as much as it is of the image.” The images are small in order to refer to the digital, ‘pixel’ space. Archival but also virtual, the way images draw reference to the way space is often collapsed onto a flat surface. 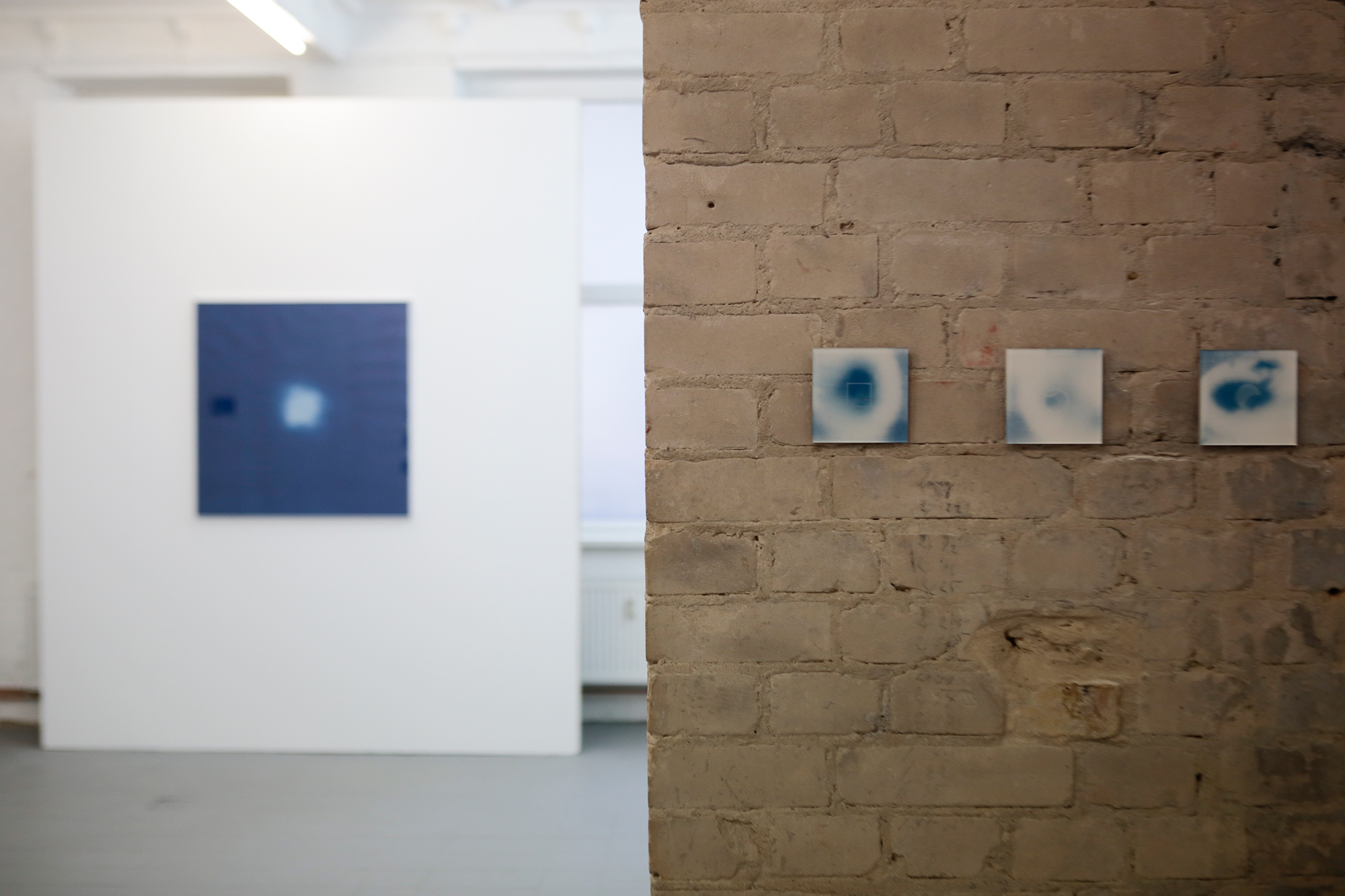 An interdisciplinary artist, Elizabeth thinks deeply about what form a project should take. “The form has to be totally necessary for the work to be complete,” she says. “Maybe one of the hardest things is for me to arrive at a form, because it is so essential that it feels absolutely necessary; not approximate, but the thing that it needs to be.”

‘Ultimate Zoom’ – a pile of desert sand – is meant to represent the tactile experience of sacrificing visual perspective for bodily engagement with the earth. The other end of her self-designed continuum is an aerial view, where the human forgoes physical contact with the earth for the sake of an aesthetic experience. Her artist book An Exercise to Assess Altitude in the Himalayas Using Phenomena, (made in collaboration with Luke Wolcott) explores this end of the spectrum by embarking on an expedition through the Himalayas and the infamous ‘Death Zone’, the threshold of altitude higher than which a human can no longer live due to lack of oxygen. Predictably, she experienced a lot of altitude sickness, which gave way to the title of the show: “It was the metaphor that made sense for this bodily, violent rejection of going outside of this contingent, very subjective space which is being on the planet.” 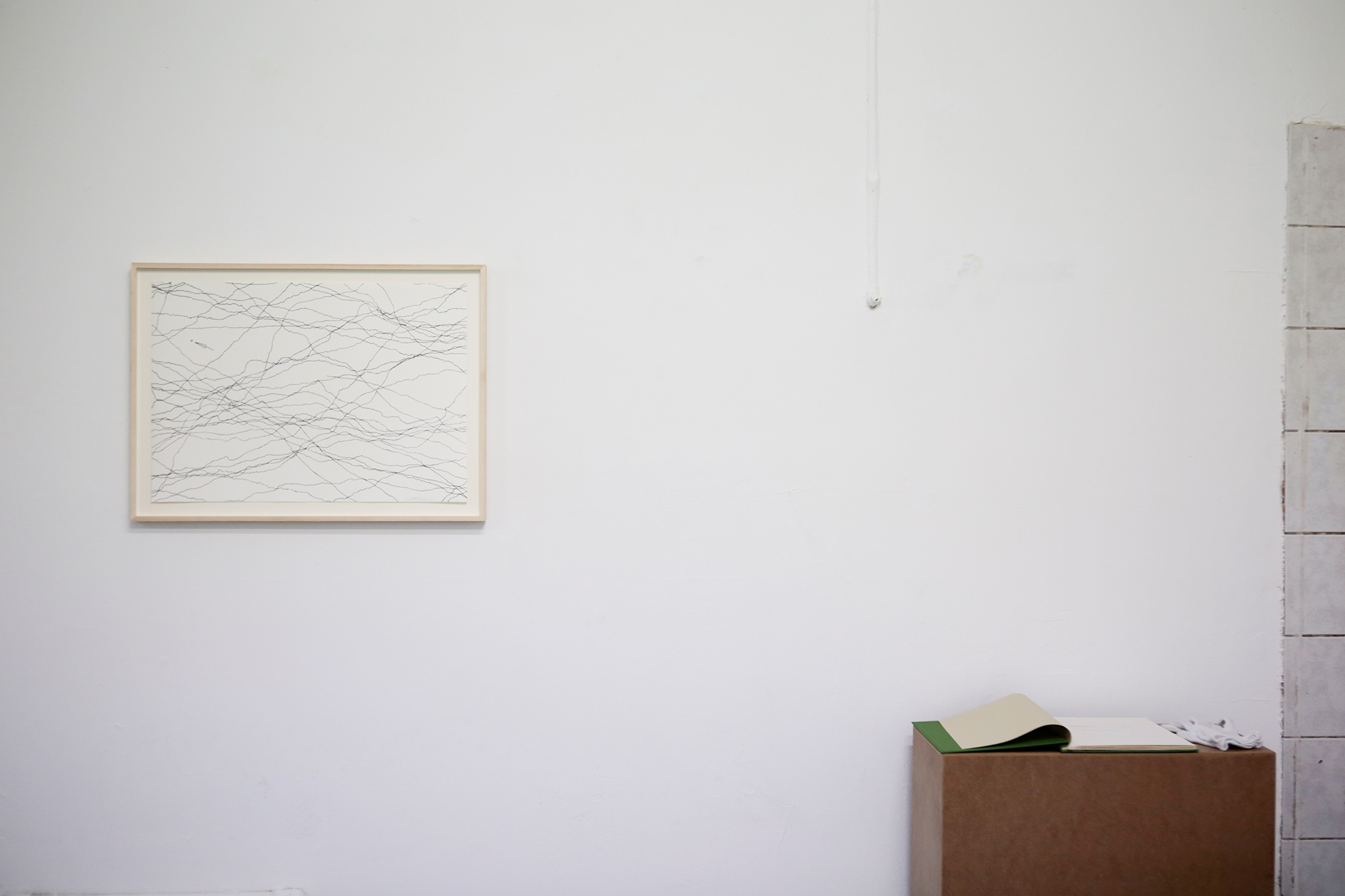 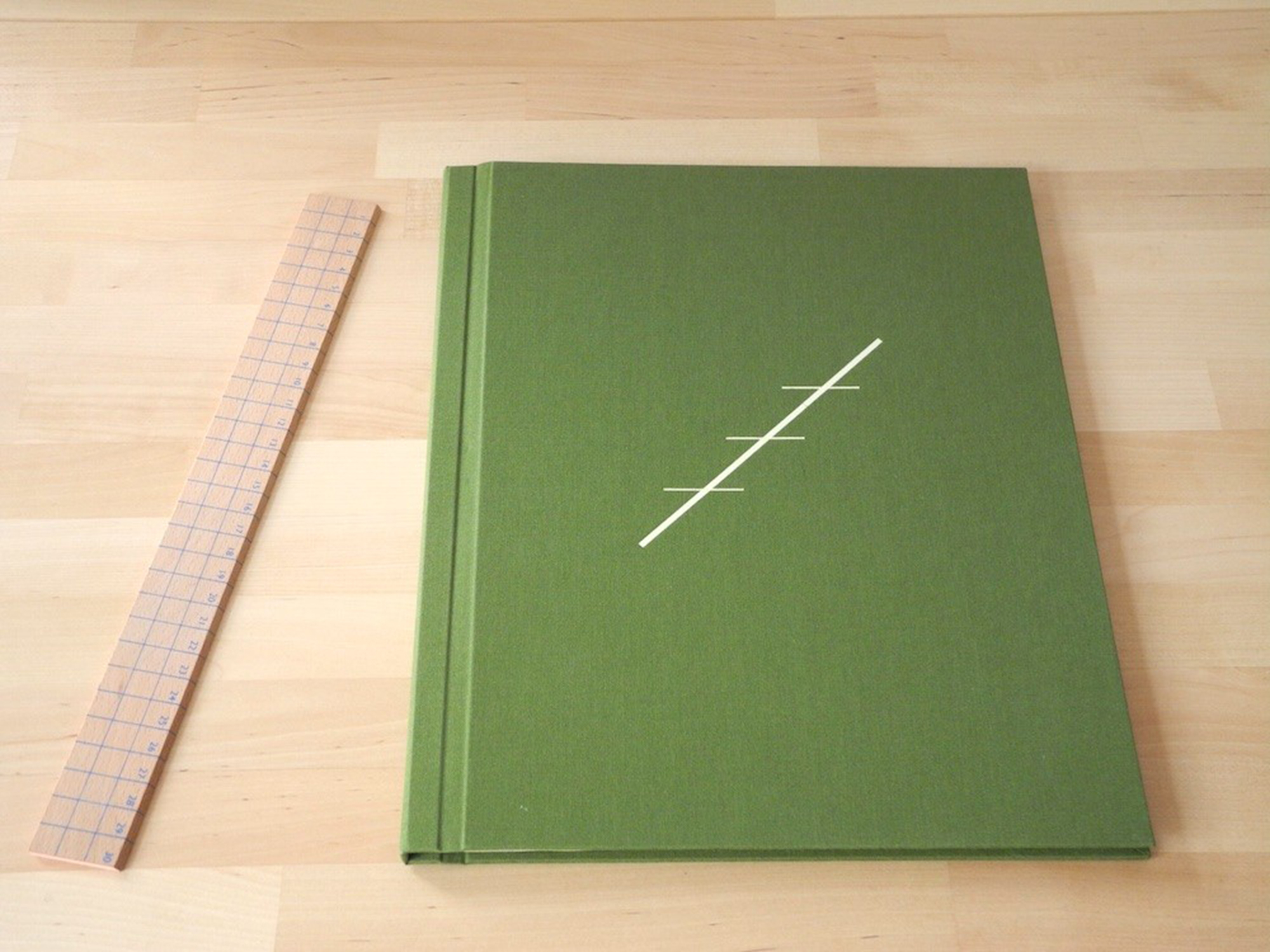 The book does not function as a traditional travelogue, but rather a delicate collection of notes, calculations and drawings. The physicality of the piece, the messiness of the handwriting and the poetic nature of the observations – “Gravity jumped up to meet me with every step” – present an artist’s answer to a cartographer’s challenge: how to authentically represent a terrain.

For Elizabeth, documenting terrain is inherently problematic, especially in terms of what traditional mapping leaves out: “I think that there is a lot of erasure, that it eliminates the story, portends it to be just an objective image that is timeless as opposed to the reality of it which is that it’s a snapshot: a political, historical, technological snapshot.

“This idea of mapping and territory has everything to do with subjective and objective perception or this rationalistic goal of attaining something objective that is successfully outside, whether it’s units of measure or a map, or perception and how that’s at odds with the empirical subjectivity of embodied experience.” 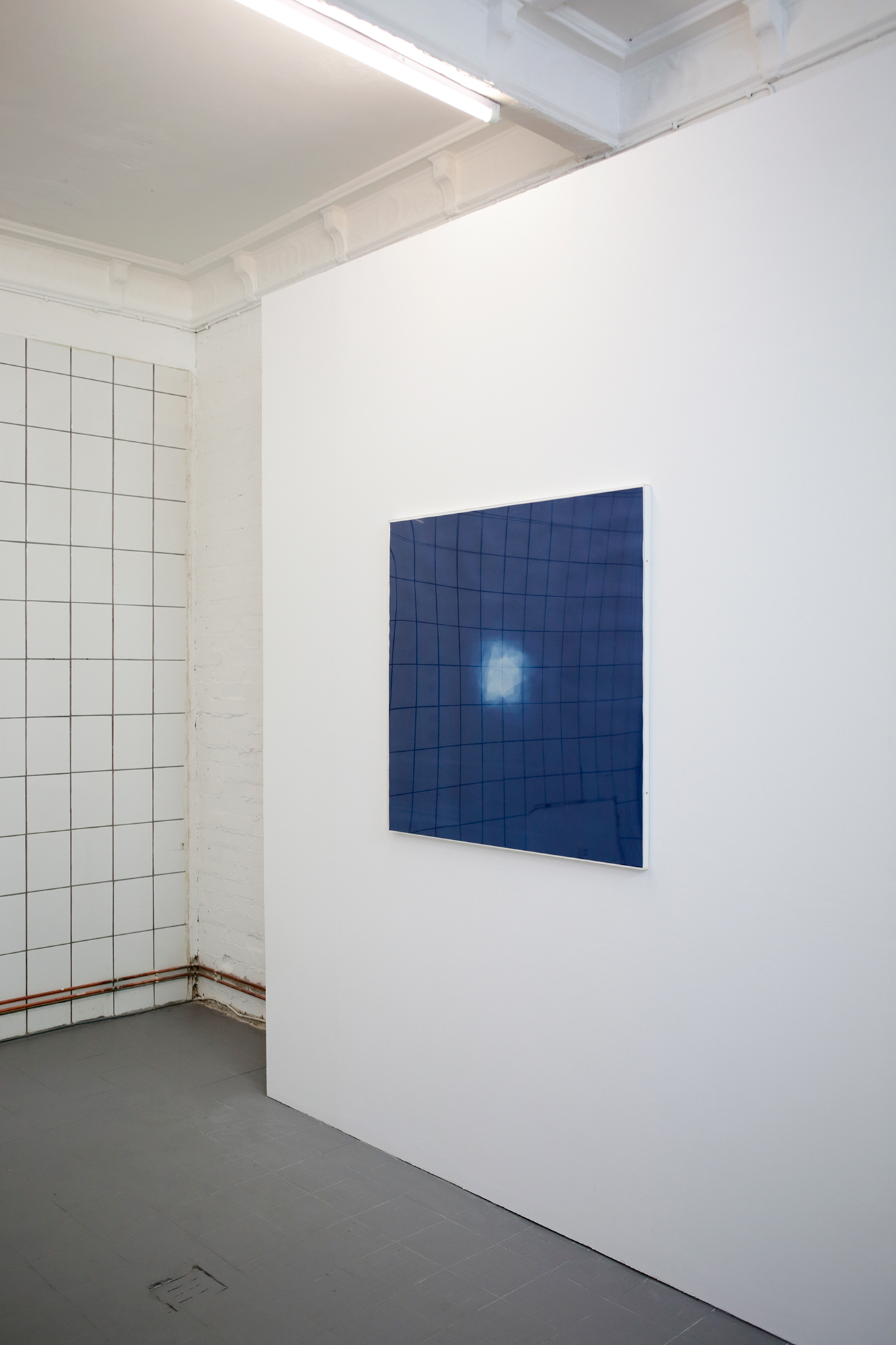 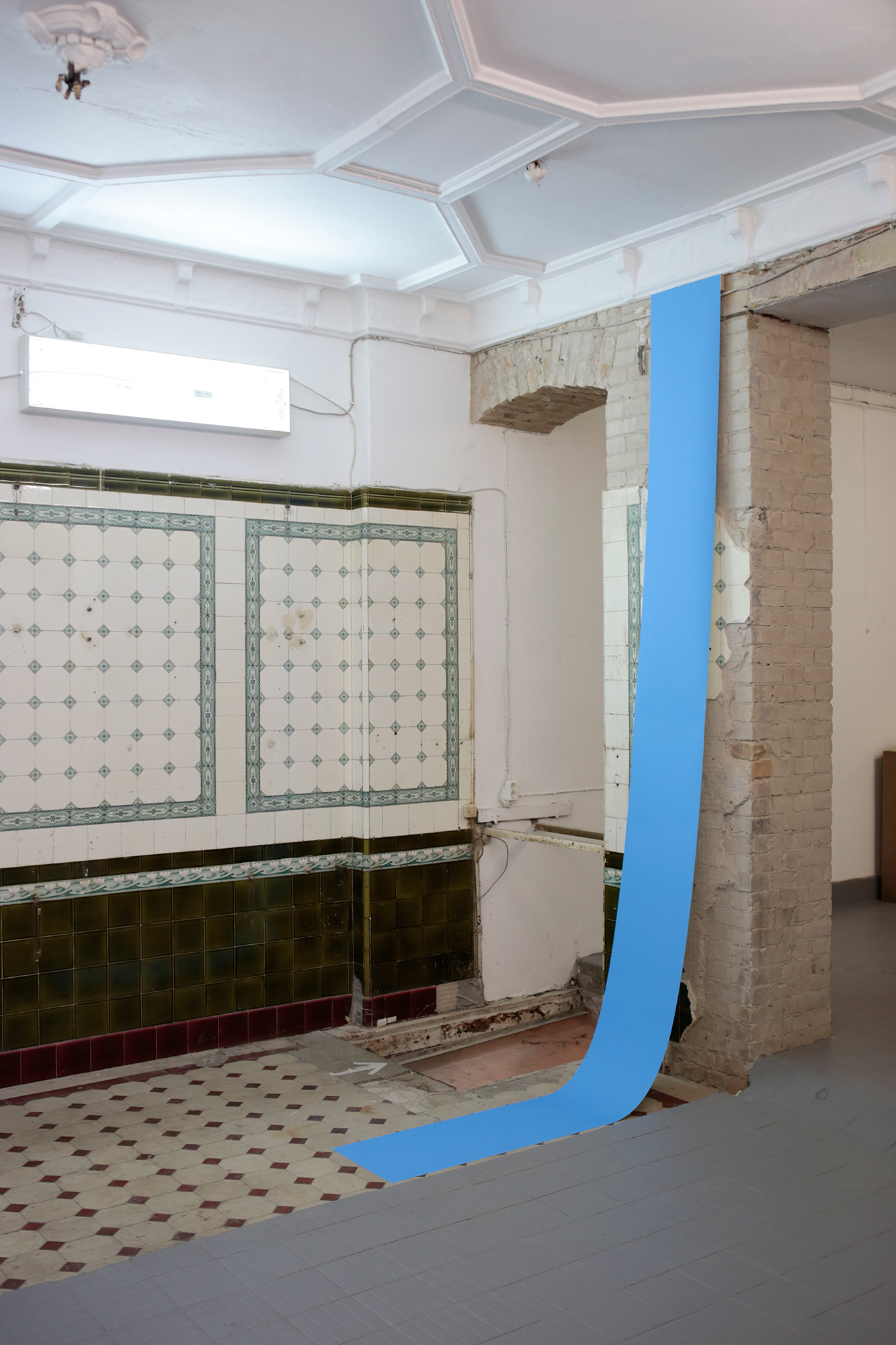 In ‘Finding Sea Level’ she chose an arbitrary point along the shore of the Baltic Sea and, armed with self-made wood and Plexiglas table, traced the patterns of the waves for 60 minutes. “It was performing a map,” she explains. One can easily see her actions as trying to re-physicalize the task of a mapmaker. It used to be that people would trek out into the desert and make drawings to develop images that helped travelers find their way, and now Google trucks simply drive around taking photos, and satellites prevent us from getting lost. Elizabeth wants to insert the body and its narratives back into mapmaking, by way of art.

The process of creating narrative, visual or otherwise, is fundamental to her practice: “That’s part of the task, I think, of an artist, to make connections between things that aren’t obviously connected.” For her, landscape is as humbling as it is inspiring, and is ripe with new material: “It’s like a net that I have out and I just have to catch stuff,” she says. “All these ideas already exist, they’re like found footage, I just have to be sensitive enough to put them together.”

Altitude Sickness is up at HORSEANDONY Fine Arts until November 13th. Elizabeth has also been selected as the November artist for Sonntag.  For more info on Elizabeth McTernan, visit her website. 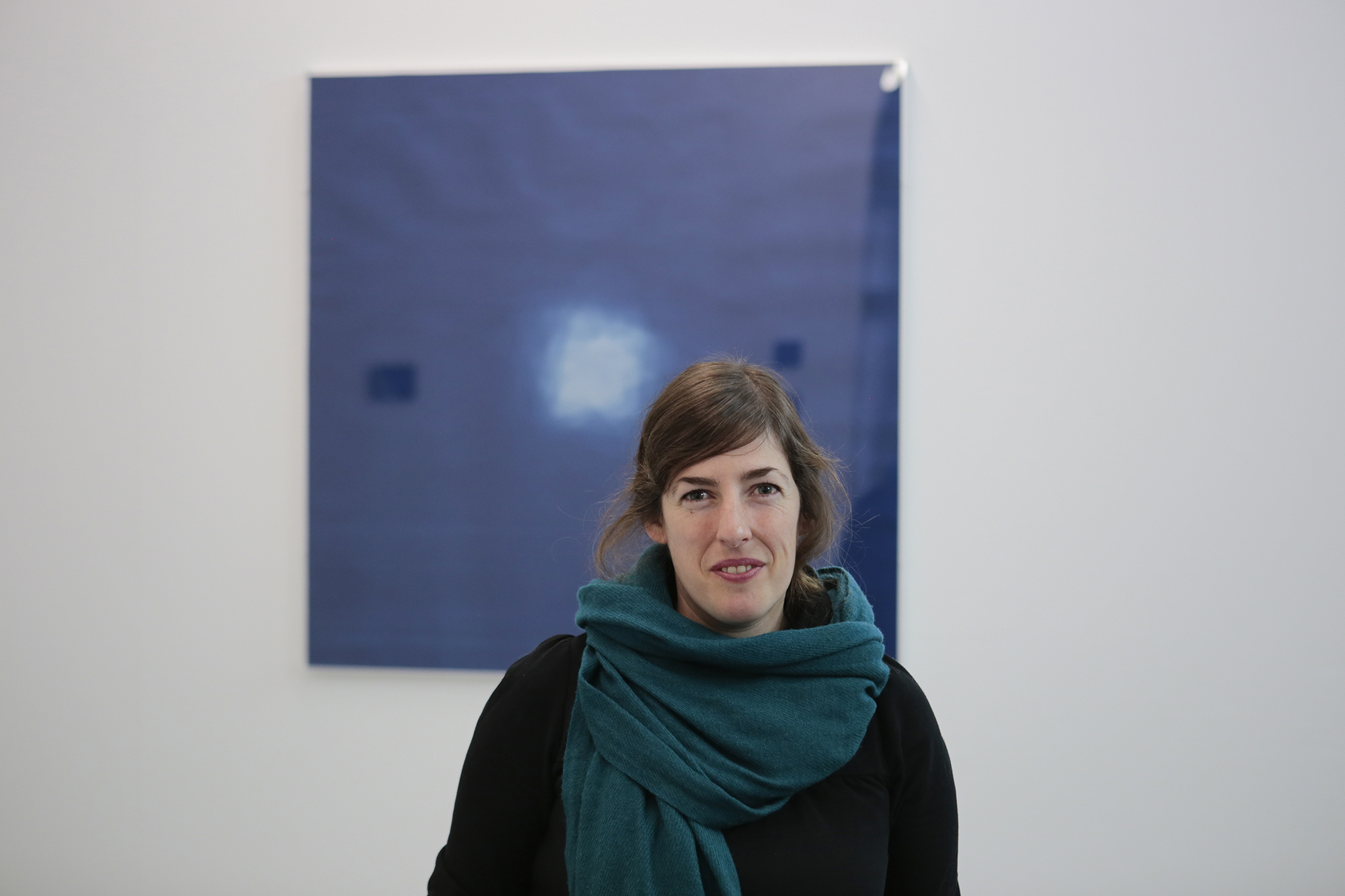