An at-home exhibition in Neukölln 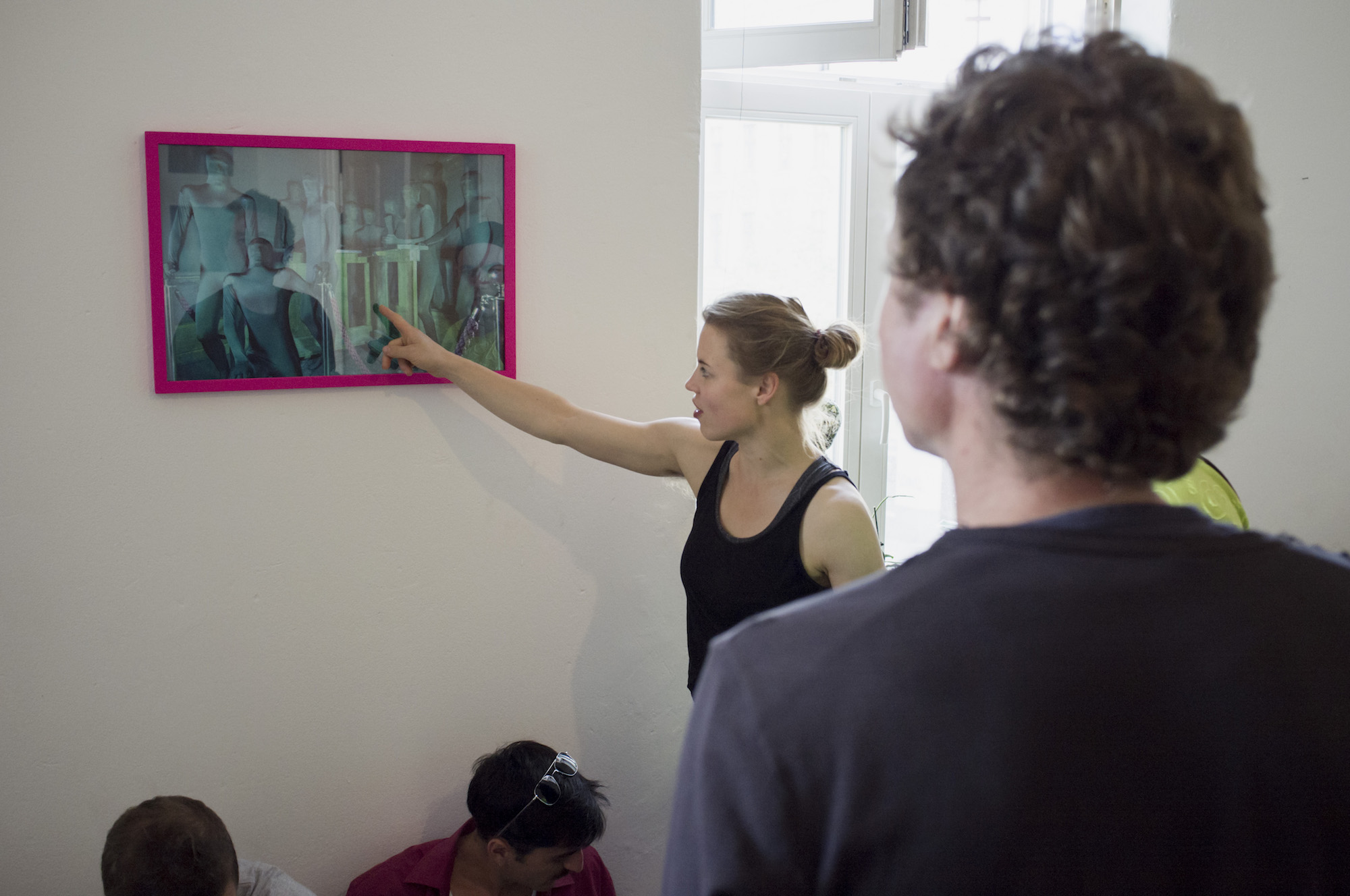 As we crossed through the hallway, past Sebastian Eggler’s giant gold leafed Bodies, we entered a home furnished with artwork everywhere, bathroom included. This exhibition was the second in David Pollmann’s Berliner Zimmer series. David introduced his project in his own words as we interviewed him shortly after the first event, and the tone he set in this second space equally befitted its domestic setting – easy vibes on a Sunday afternoon. 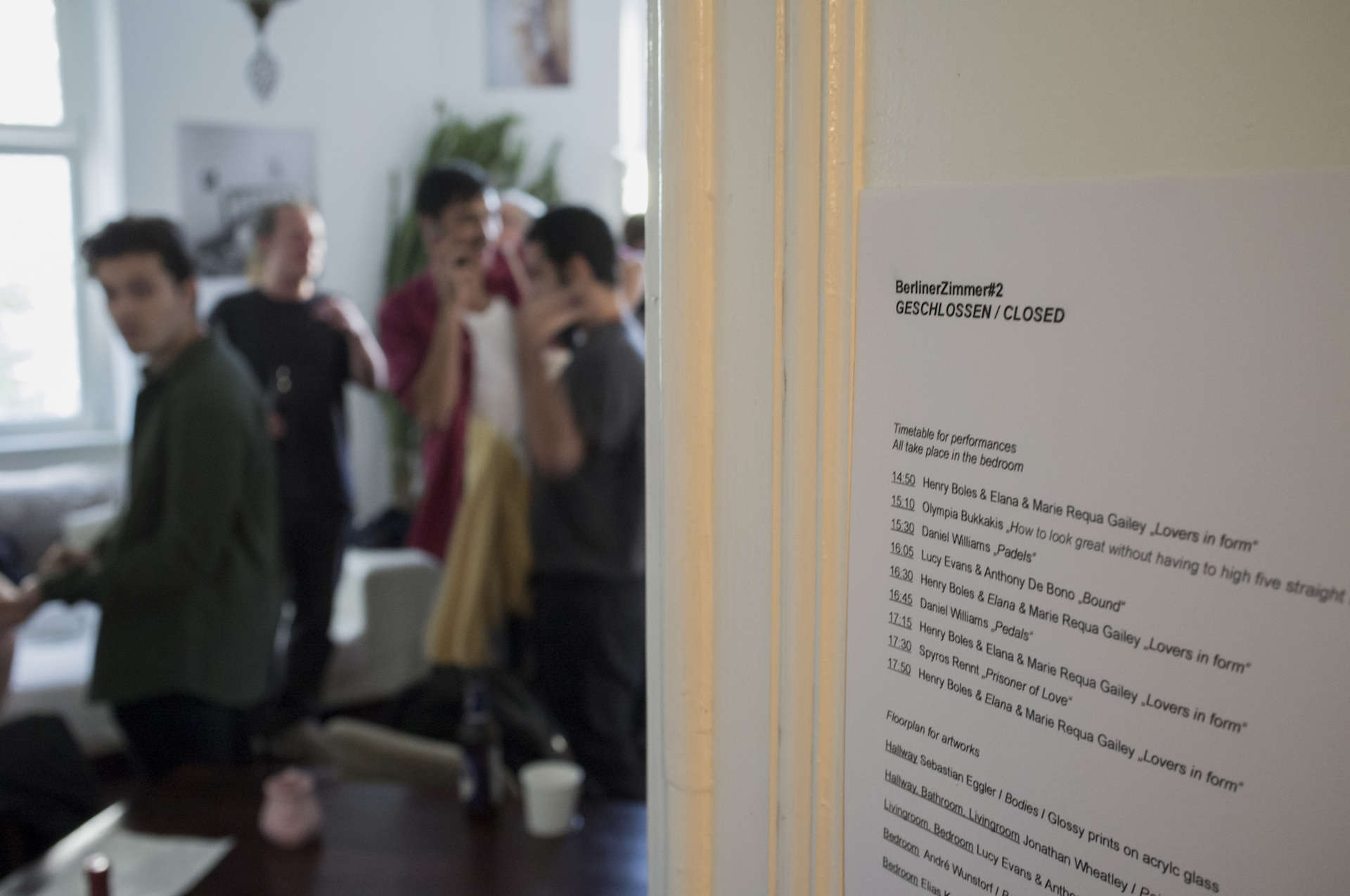 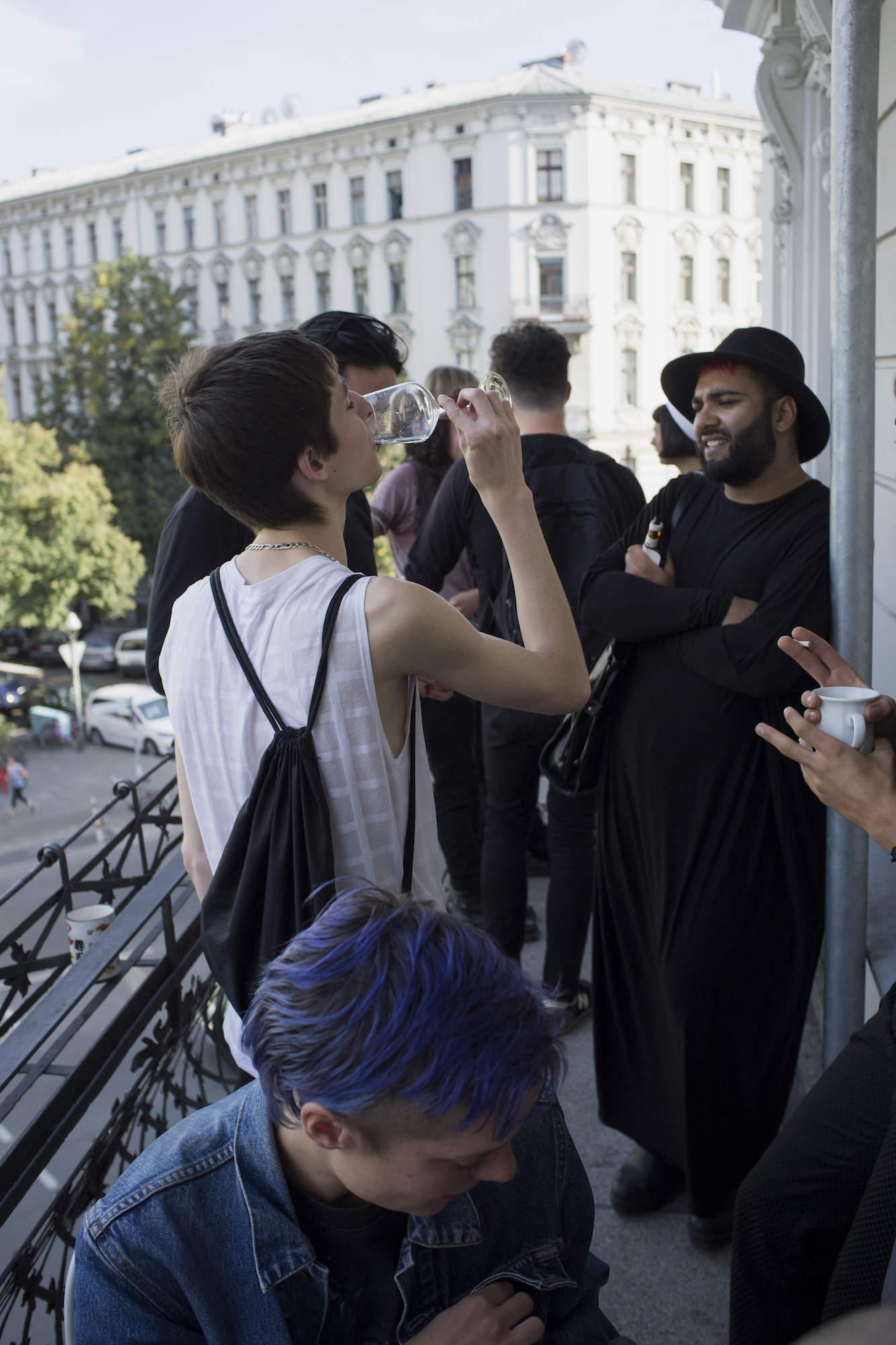 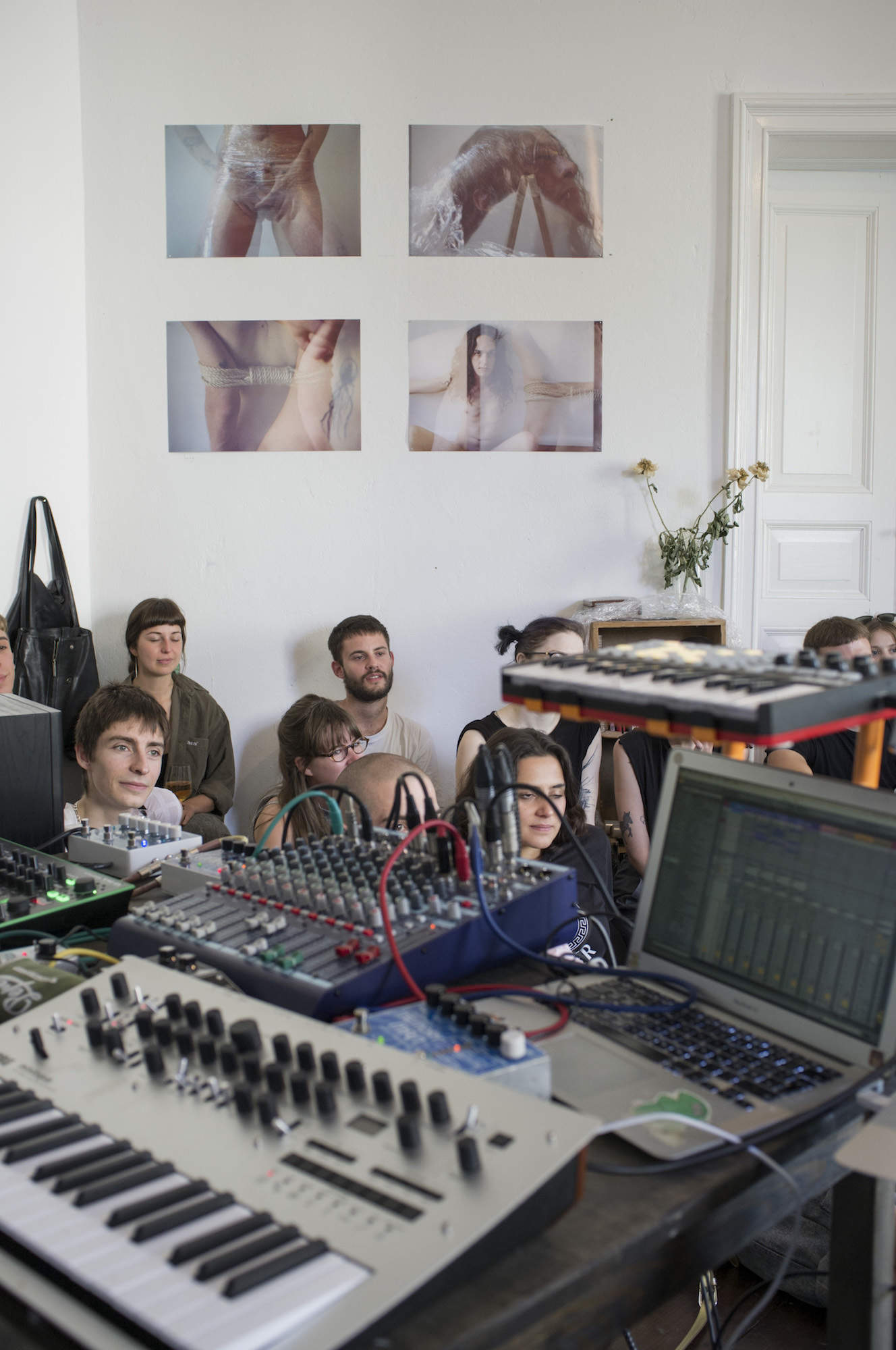 In Berliner Zimmer 2 «geschlossen/closed», themes centred on the body, something David wishes to keep at the core of the series. As we explored the space, we became uncertain of what was a part of the exhibit and what simply belonged to the apartment, if anything, however everything was indeed part of «geschlossen/closed». Above the drinks cabinet hung Jonathan Wheatley’s Tampax; Soft double exposures of flesh tones and plastic wrap from Bound by Lucy Evans and Anthony de Bono could be found in the living room, later to be shown live in the performance space itself. 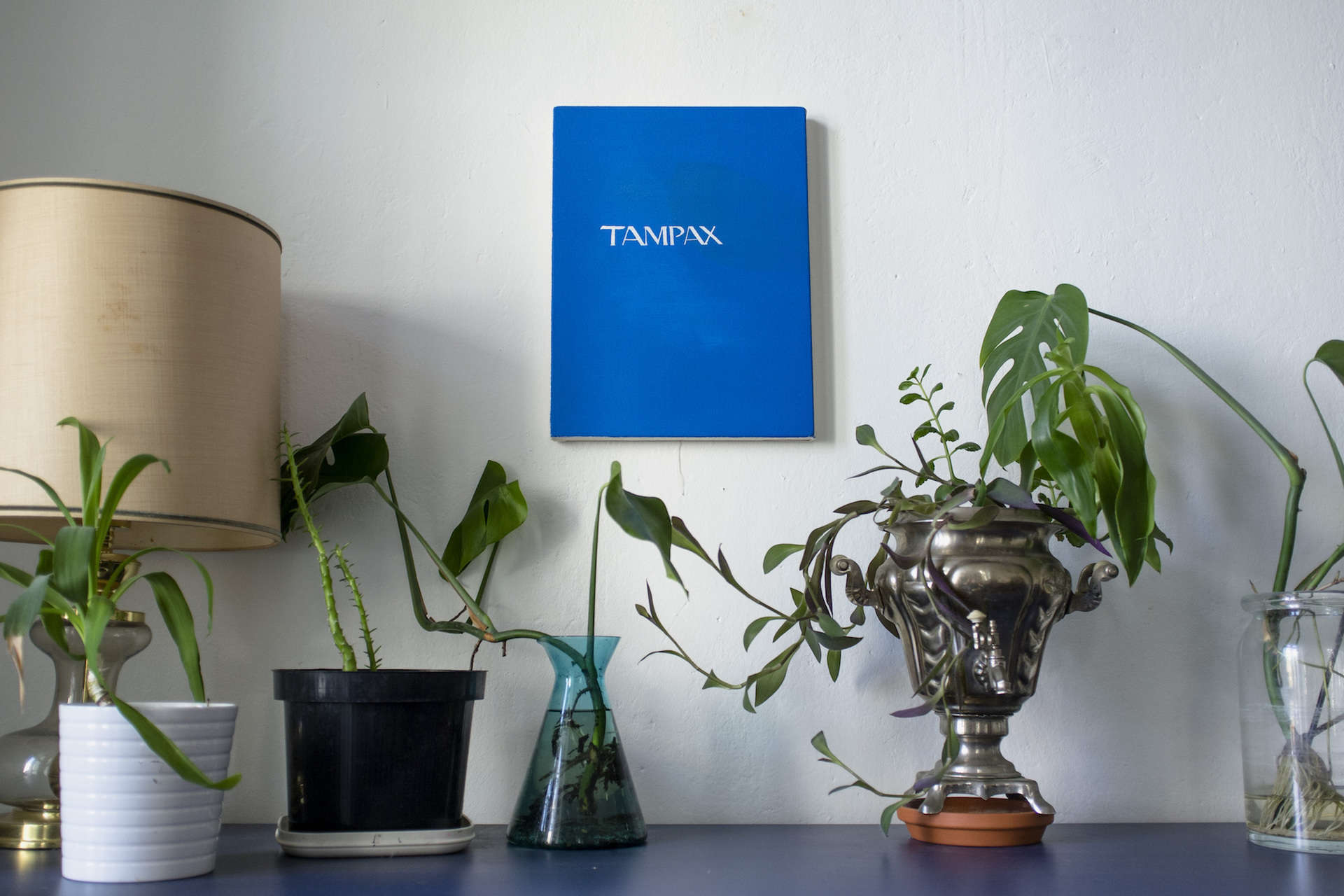 We were asked as audience members to accommodate for space each performance needed, sitting at times to the back, to the right, and around. Spyros Rennt’s Prisoner of Love made us crowd together and stretch up our arms overhead in order to get a glimpse of selfie action and metal chains through cellphone camera and Snapchat portals.

Being in someone’s home-turned-gallery space like this allowed for very close conversational flow. This was David’s intention for those attending; friends sitting on the sofa, balcony cigarette breaks, and maybe even a round of UNO around the art. 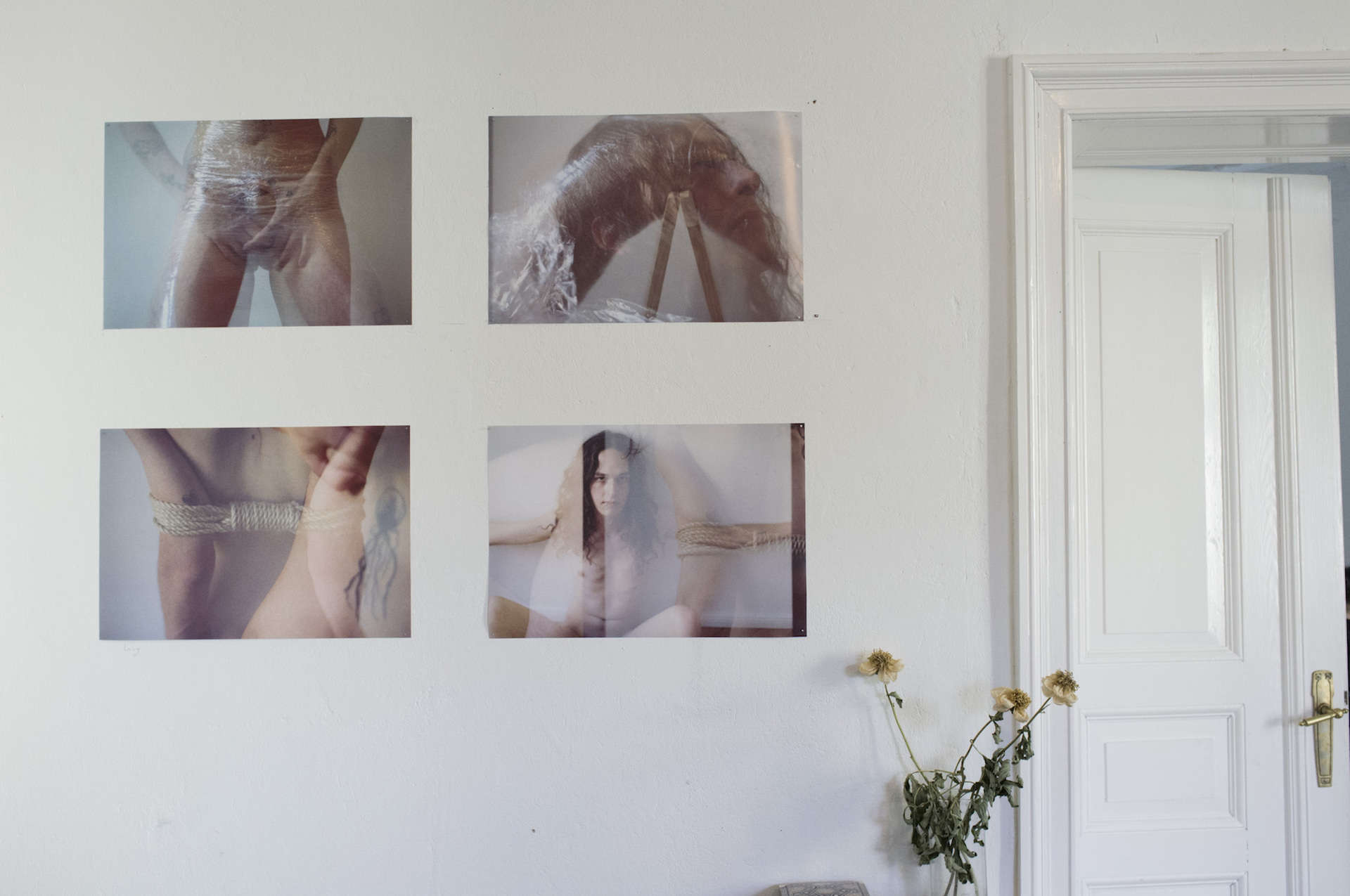 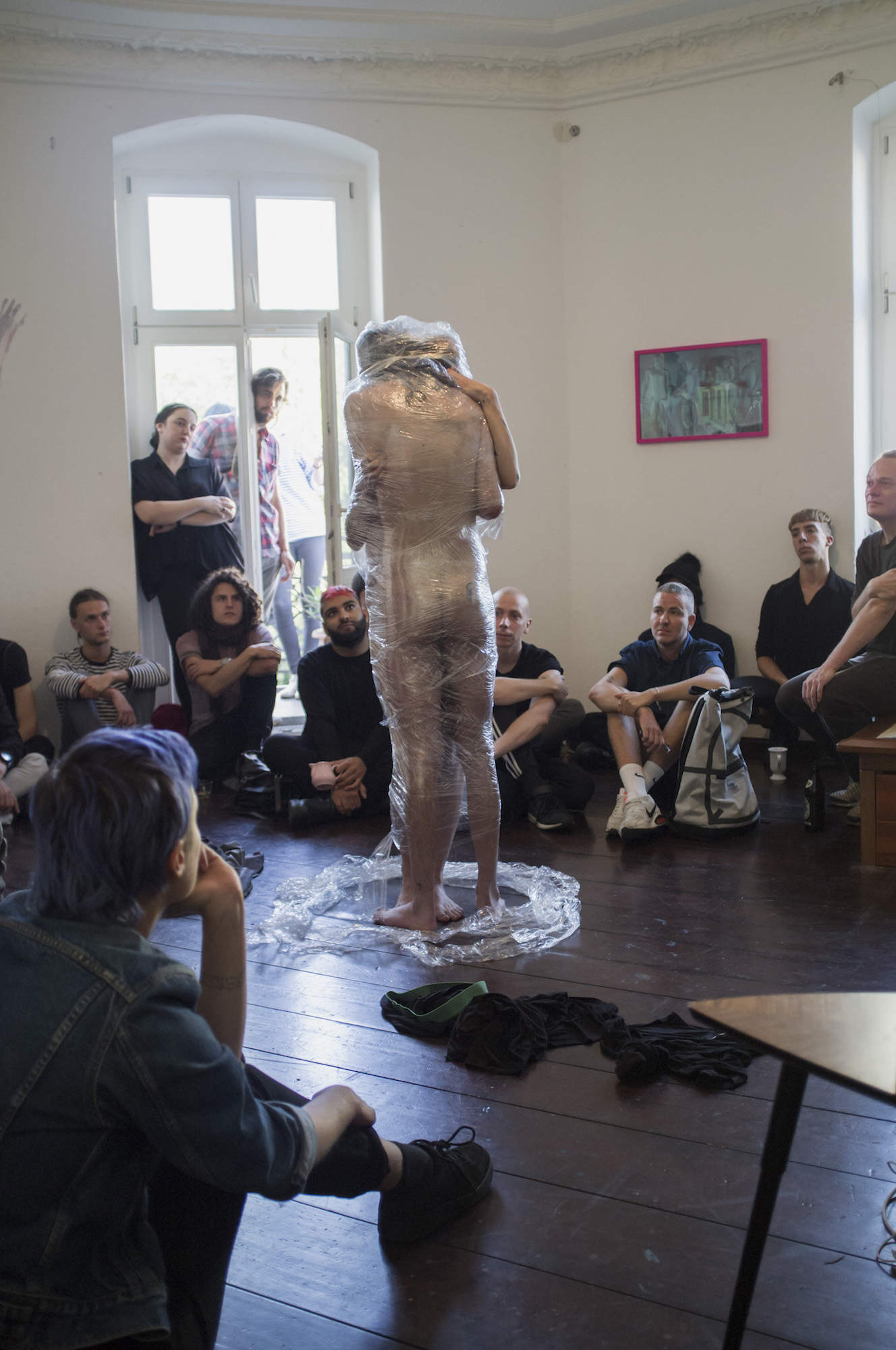 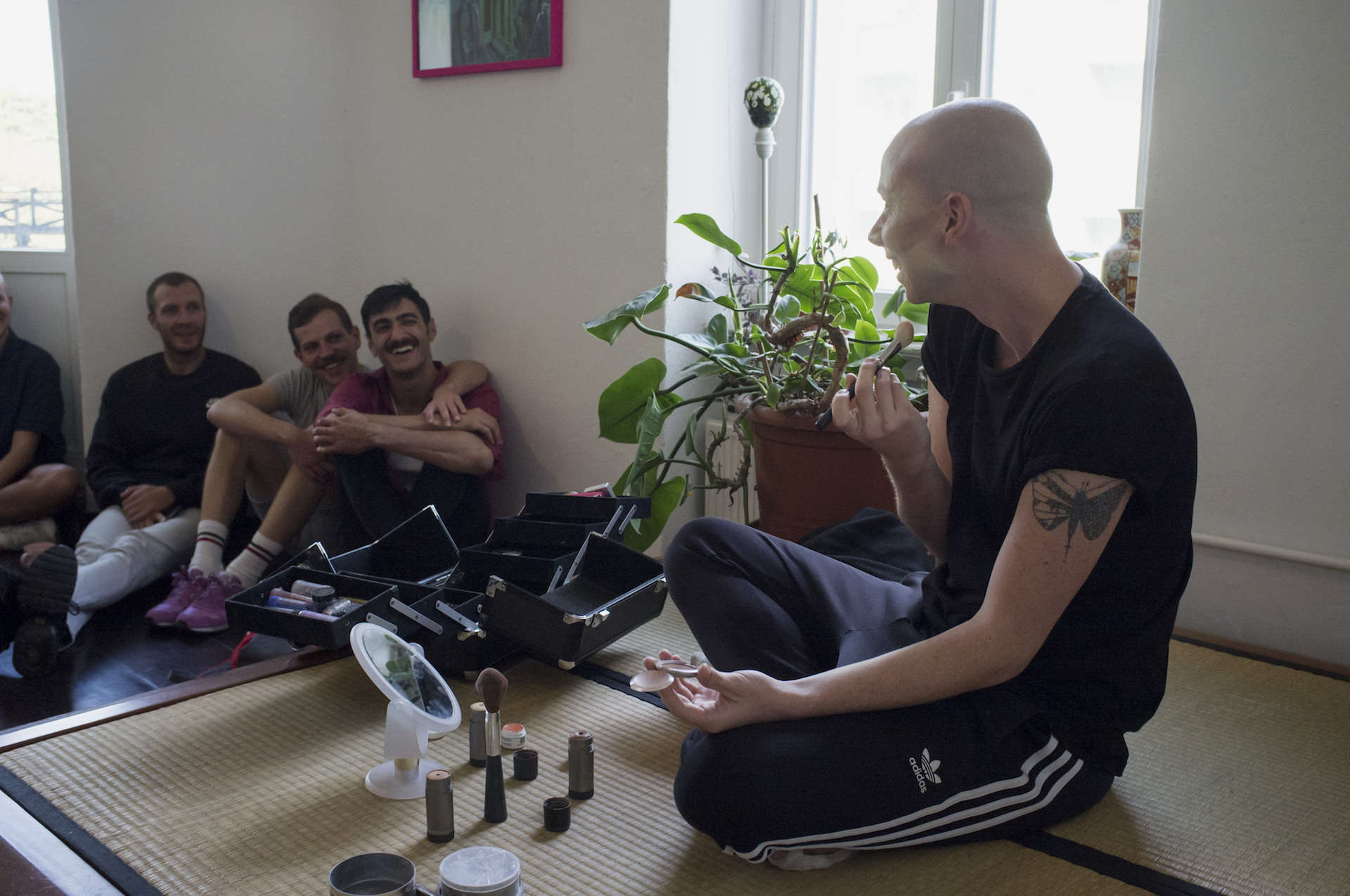 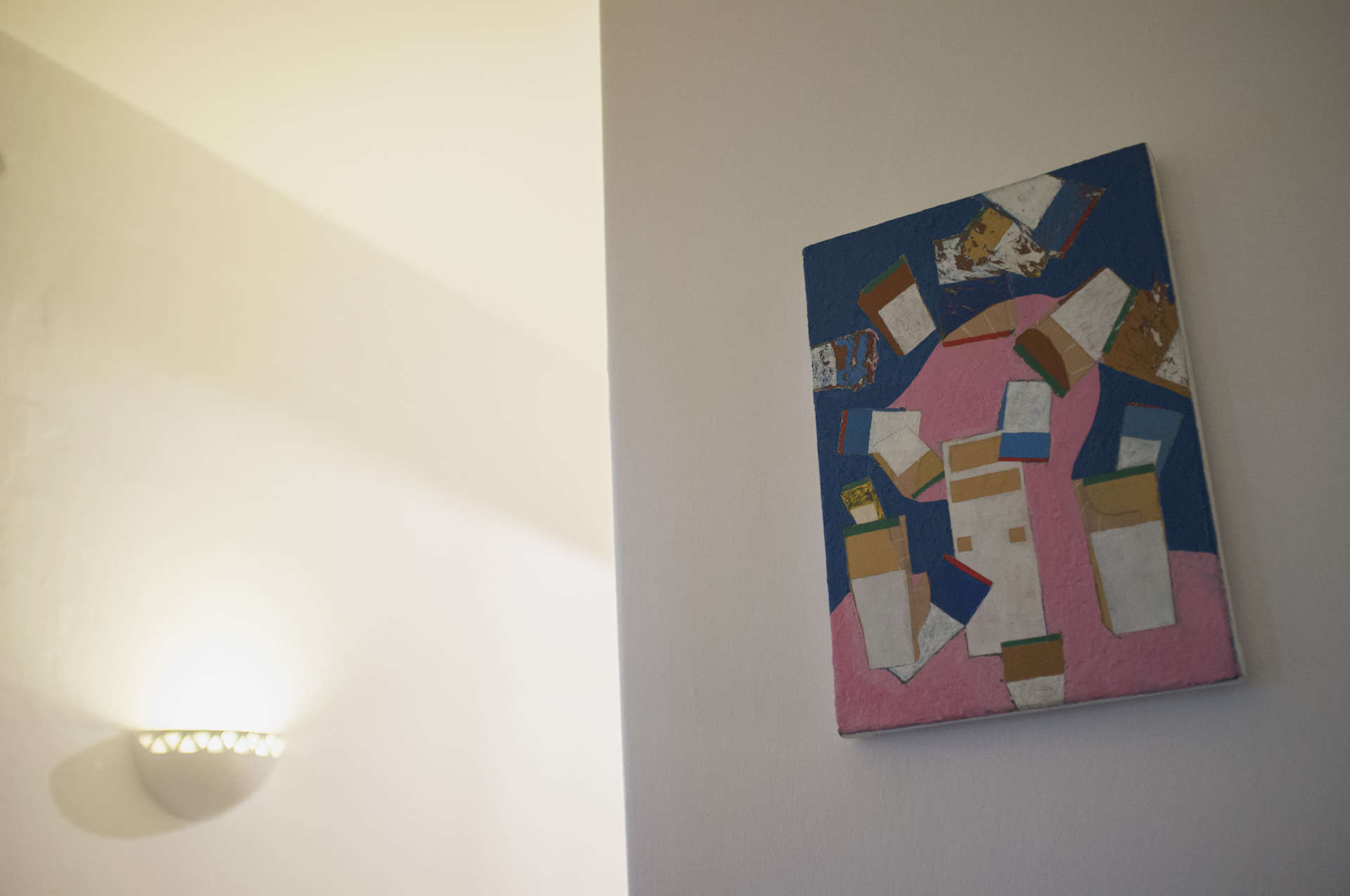 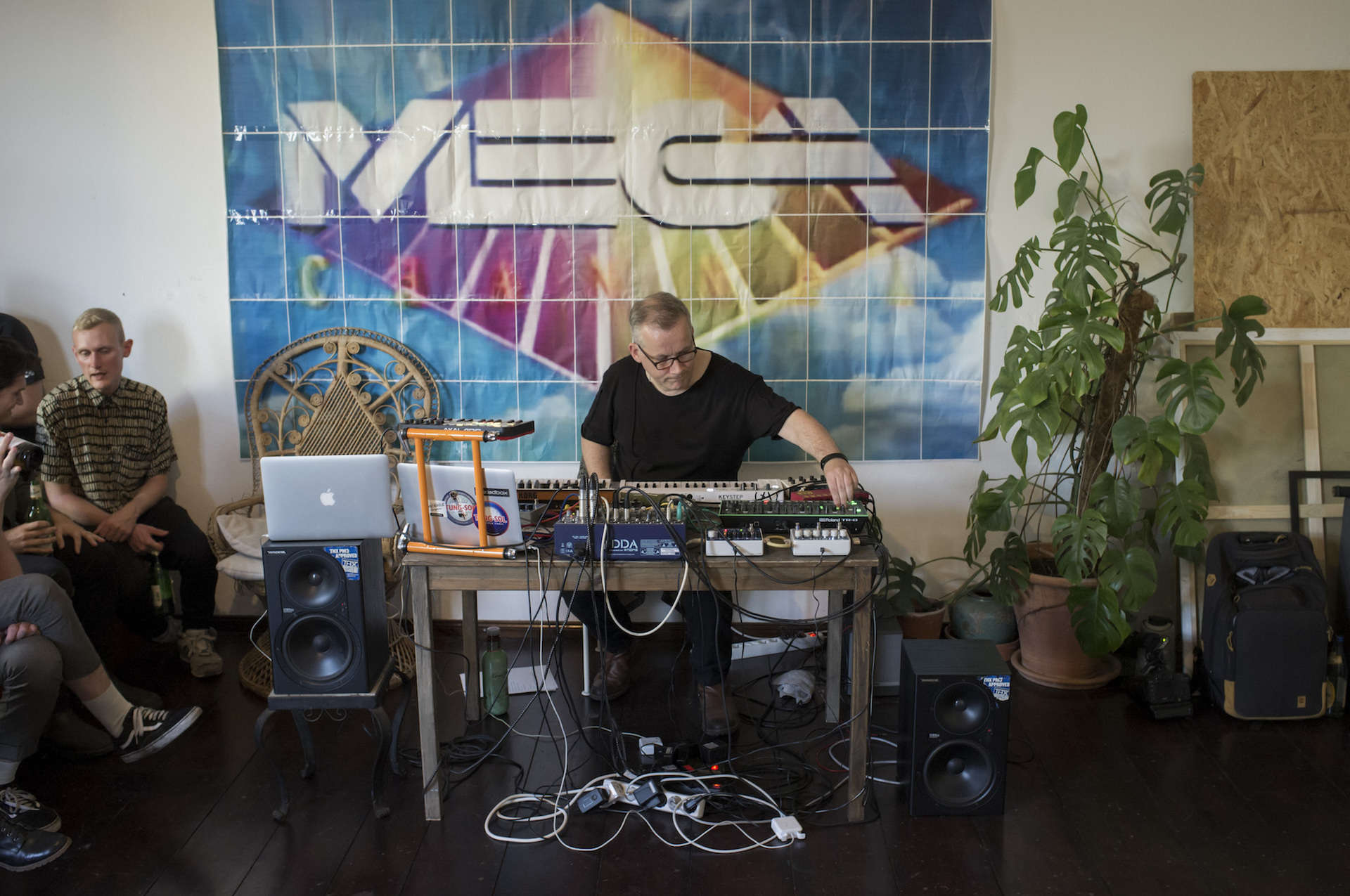 Berliner Zimmer #3: «versteckt/hidden» will take place on November 27th, 2016. More of David’s work can be found on his website. 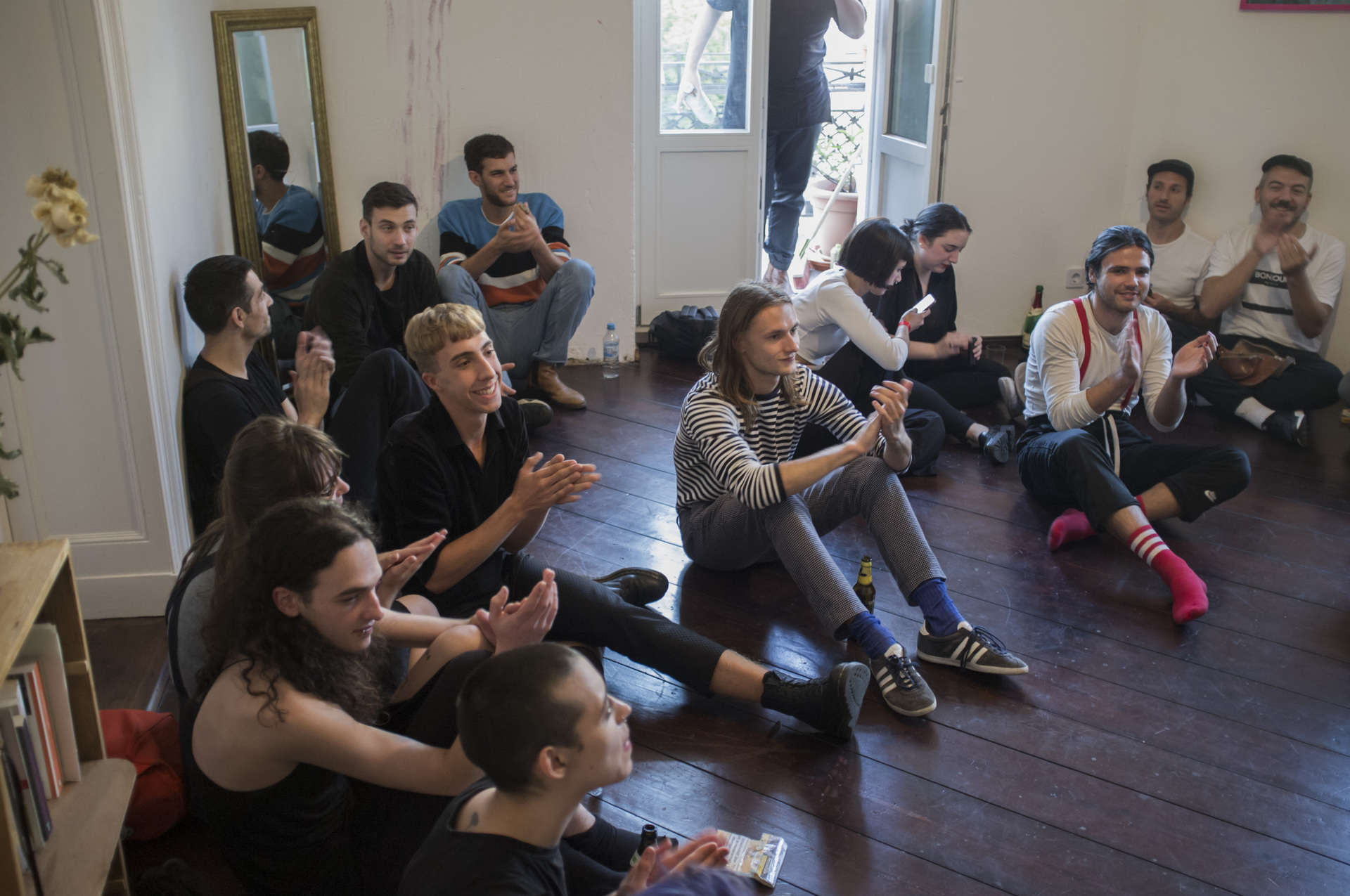